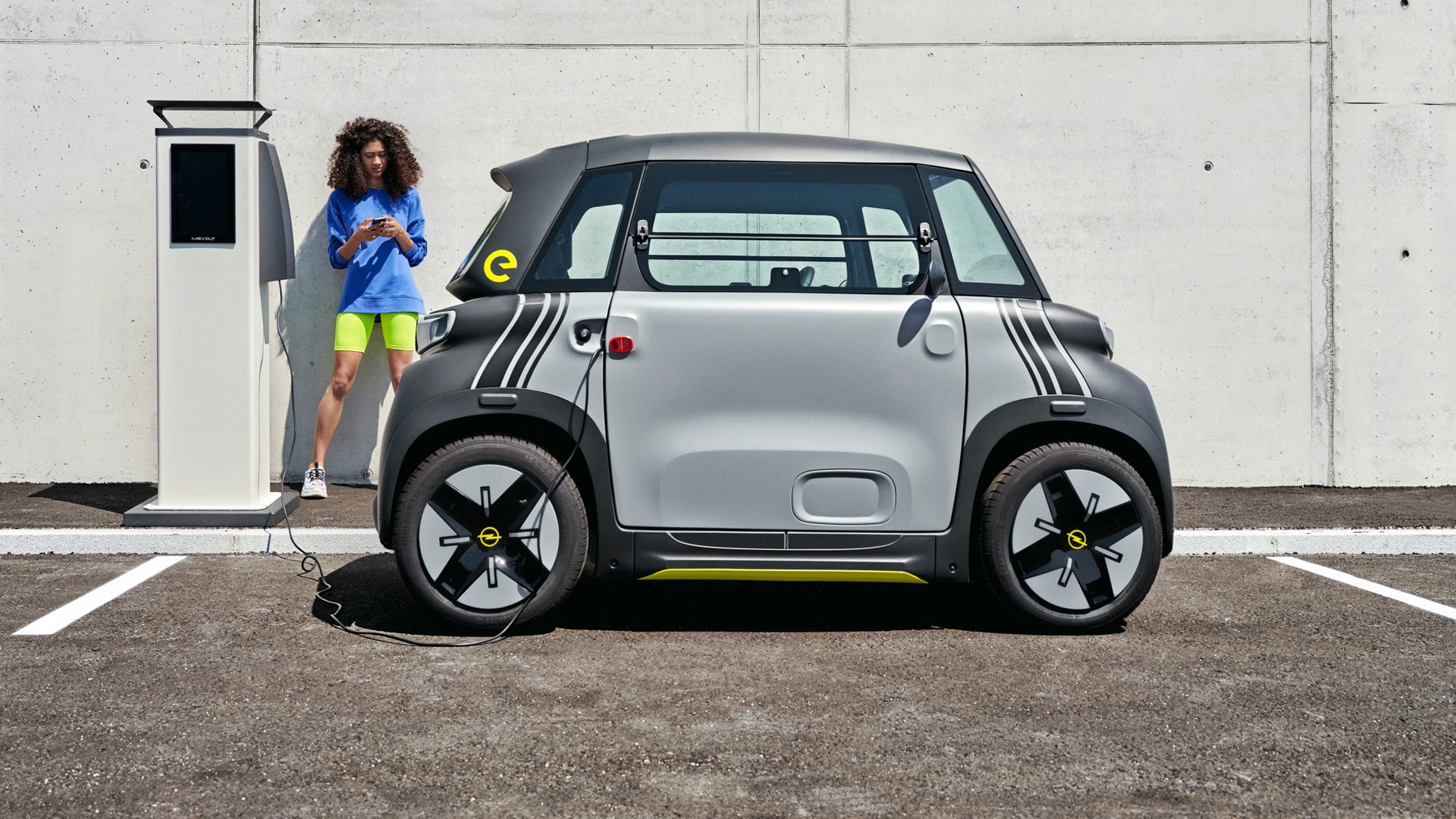 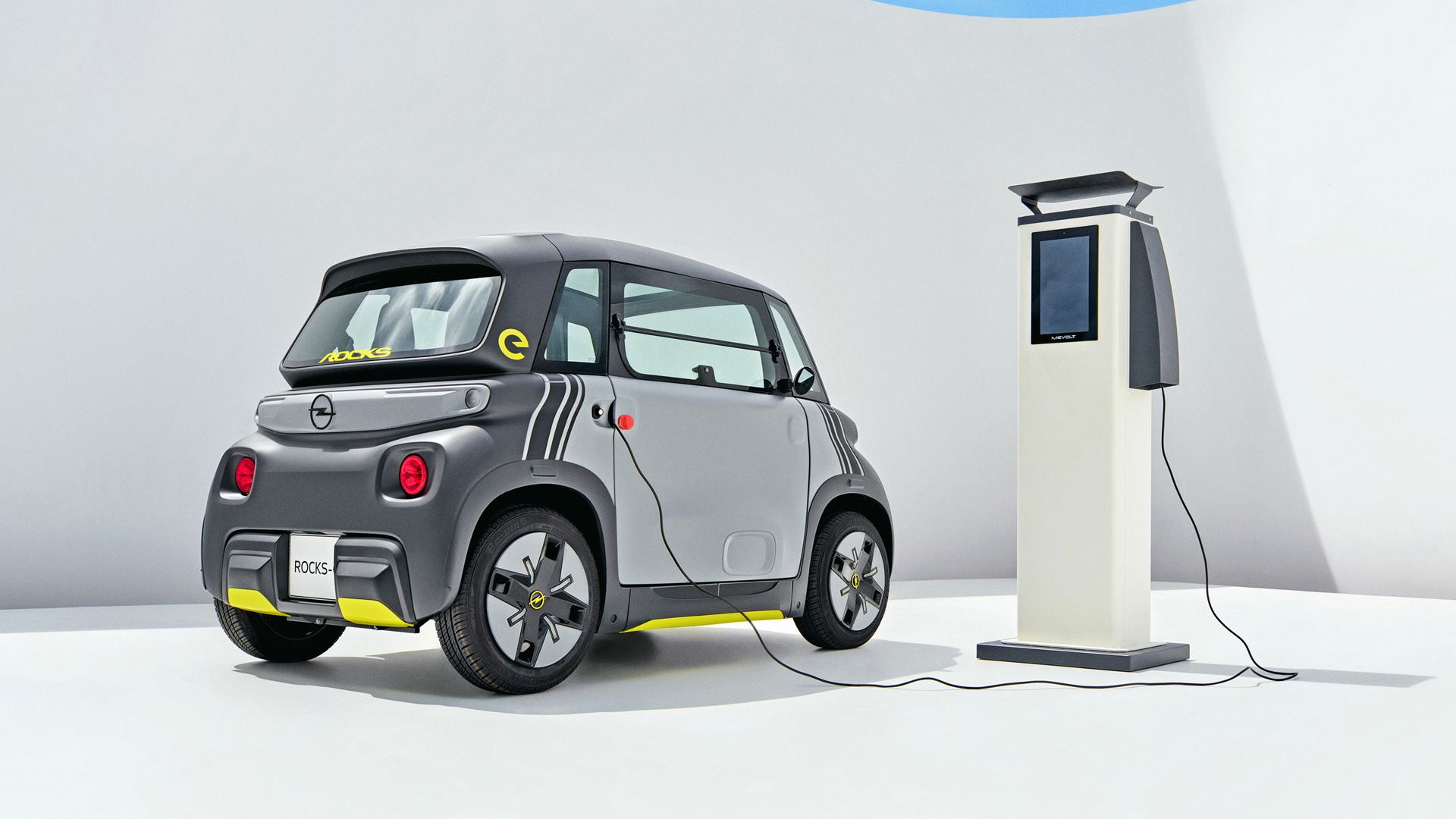 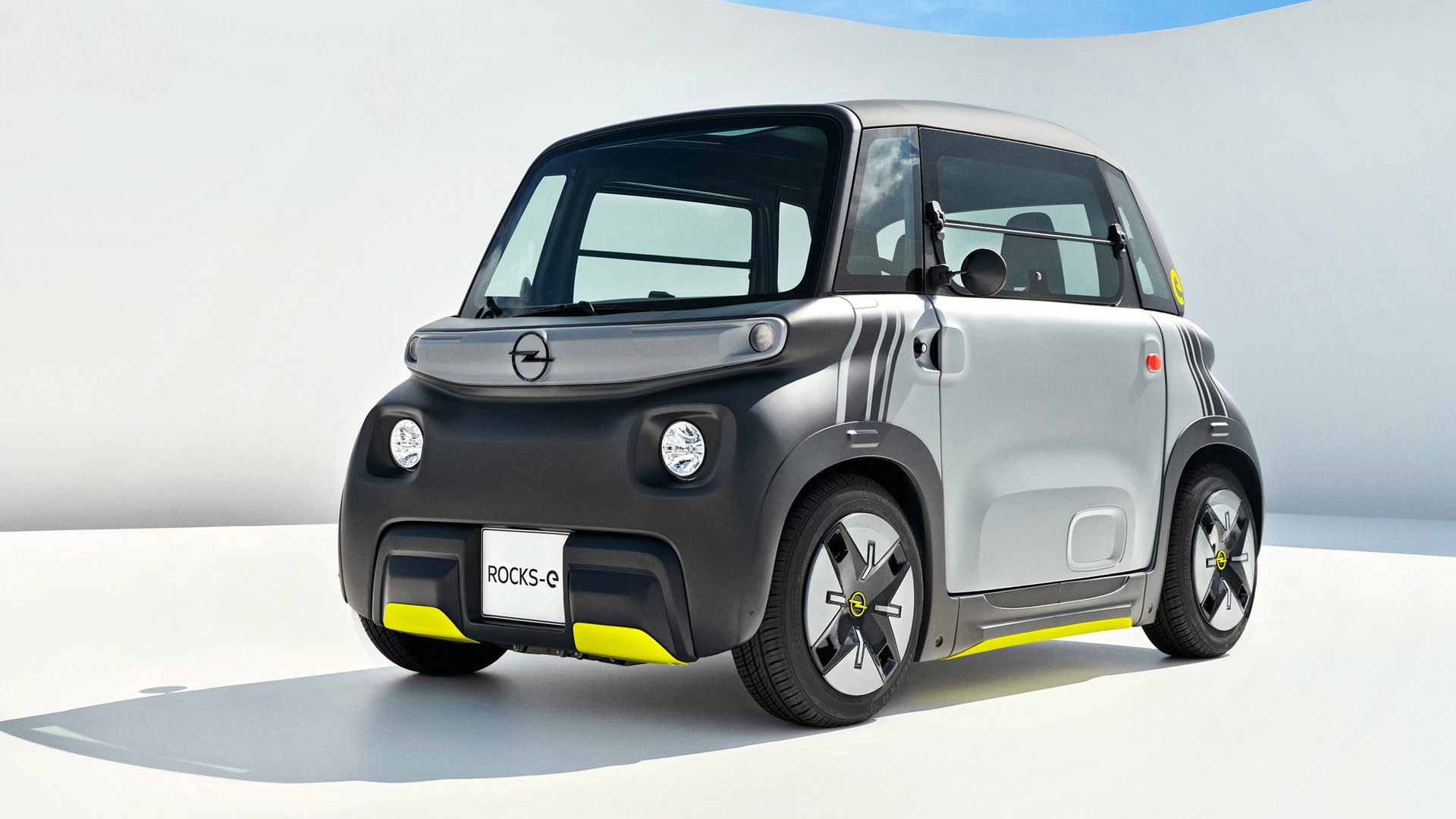 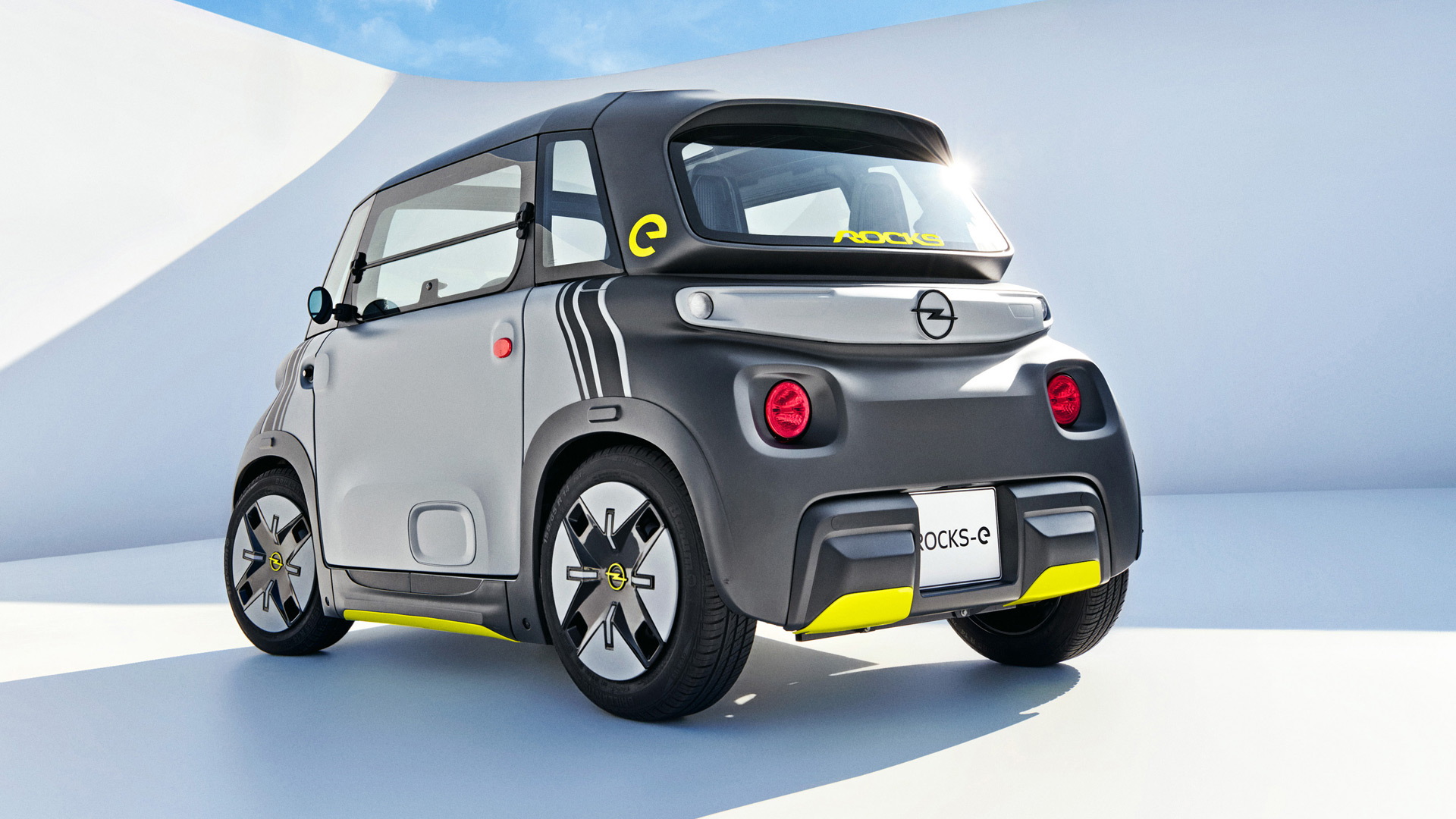 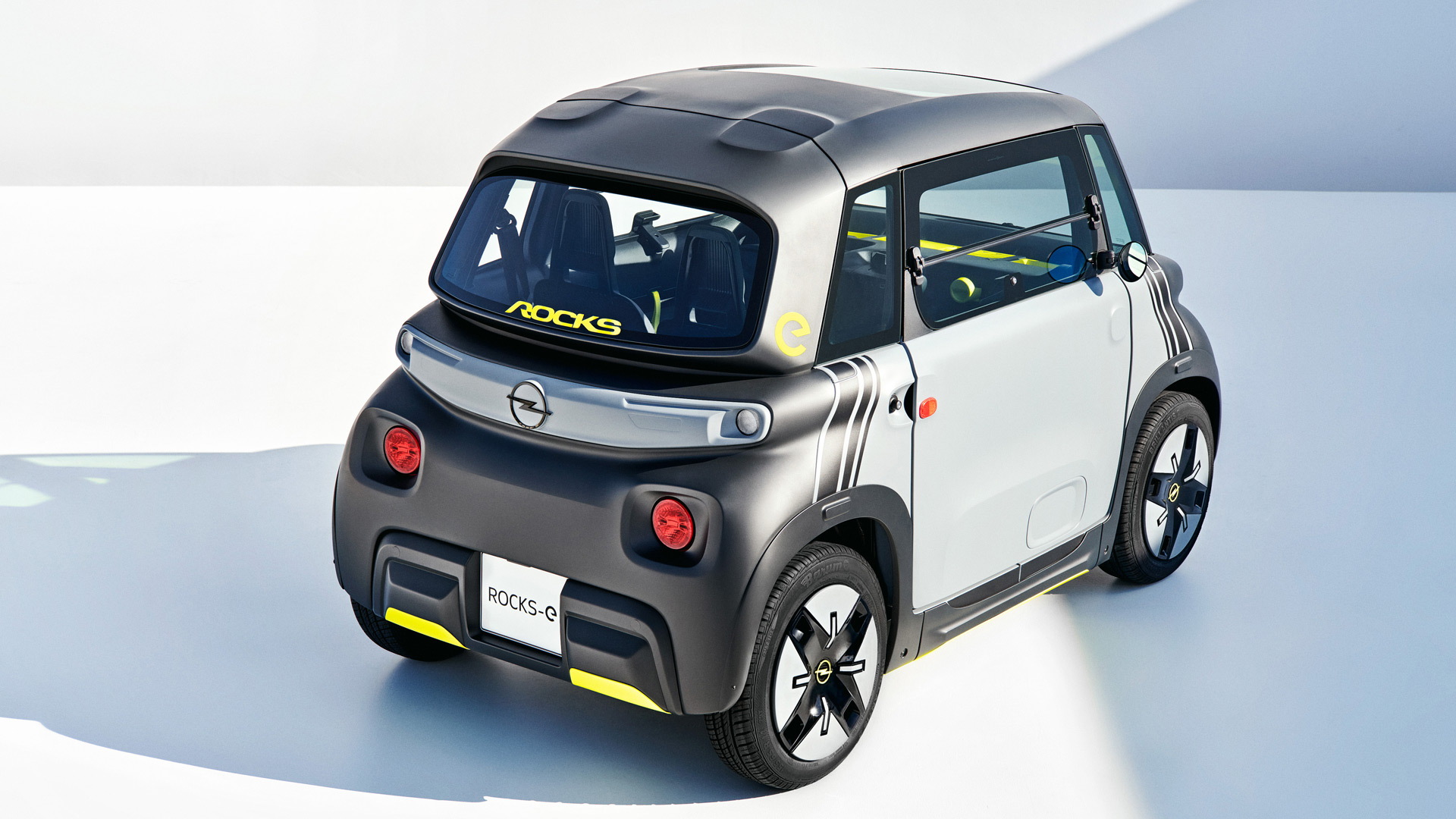 Opel on Wednesday revealed its own version of the Ami electric minicar originally developed by fellow Stellantis brand Citroen. Opel calls its version the Rocks-e, and will start offering the two-seater from this fall.

Pricing hasn't been announced but should come close to the 6,900 euros (approximately $8,100) Citroen charges for the Ami. Low-cost leases are also part of the equation, with Opel planning to price its lease similar to the cost of a monthly ticket for public transport.

Because of its diminutive size—we're talking a car that measures 7.9 feet in length, tops out at 28 mph, and has a 5.5-kilowatt-hour battery good for 43 miles of range—the Ami doesn't require a driver's license in some parts. In Opel's home market of Germany, the vehicle is classified as a light quadricycle which does require a license but is eligible for people as young as 15.

An interesting design feature of the Ami and Rocks-e is a built-in charging capable which is roughly 10 feet long and permanently housed in the vehicle. It can be pulled out of the passenger door when needed. Charging takes about three and a half hours using a standard power outlet. An adaptor is required for public charging stations.

Inside, there's space for two and not much else. A steering wheel and digital instrument cluster (showing gear, speed and battery state) is presented to the driver, and to the right of this is a dedicated area for placing a smartphone, which becomes the main dashboard screen and provides access to navigation and music.

Are vehicles like the Ami and Rocks-e the future of driving in the city? Quite possibly, at least in Europe where many cities are seeing speed limits of 18 mph and dedicated bicycle lanes introduced. The small size coupled with a small turning circle of less than 24 feet also make parking in tight spaces a breeze.

Opel plans to add many more EVs to its lineup, as the brand, which is known as Vauxhall in the U.K., aims to have a fully electric lineup in its main market of Europe by 2028.

Note, the Ami is also U.S.-bound. Free2Move, Stellantis' mobility brand, announced in May it will add a handful of them to its fleet in Washington, D.C. Free2Move's fleet in Portland, Oregon, is also a possibility.