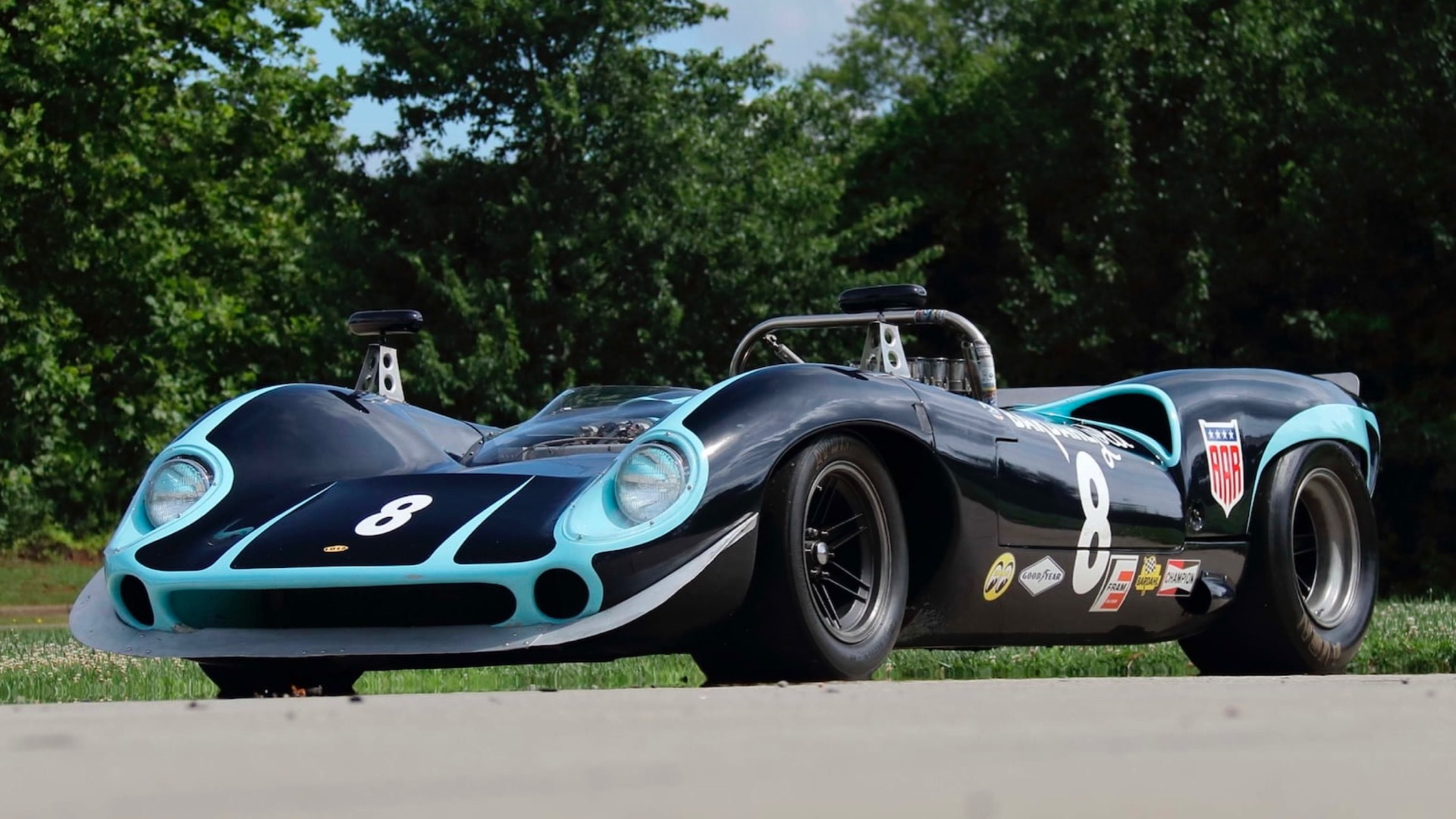 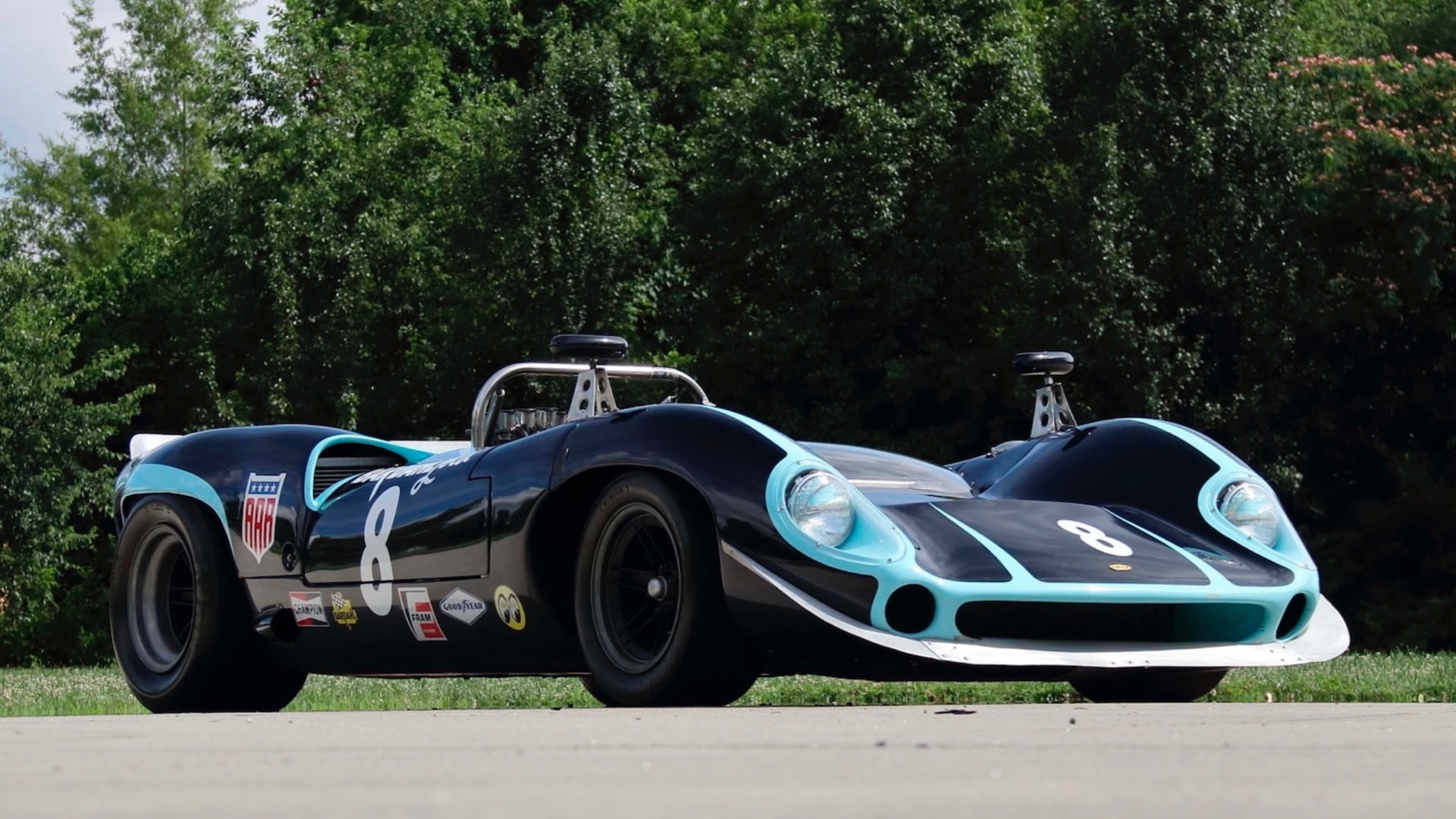 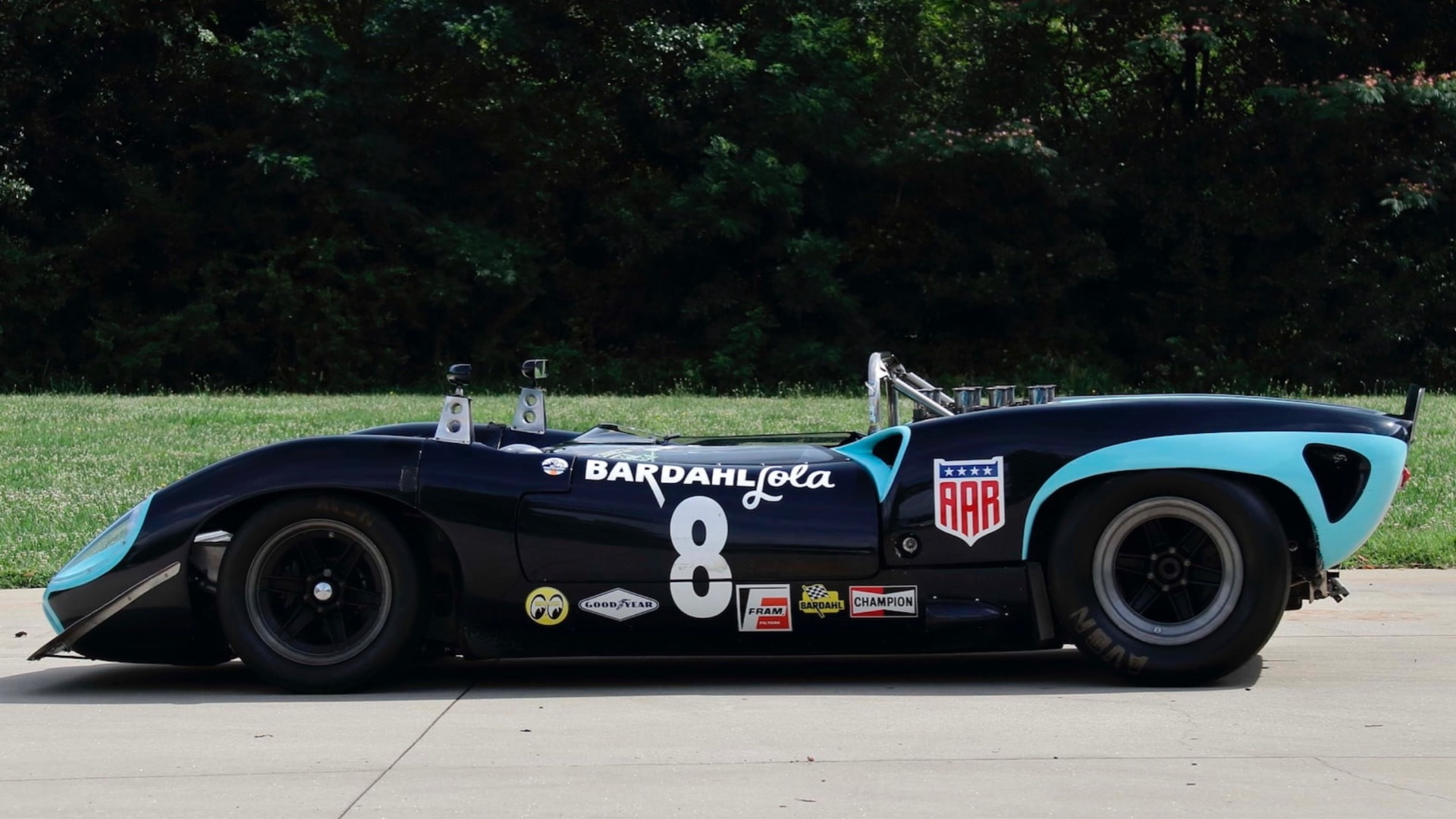 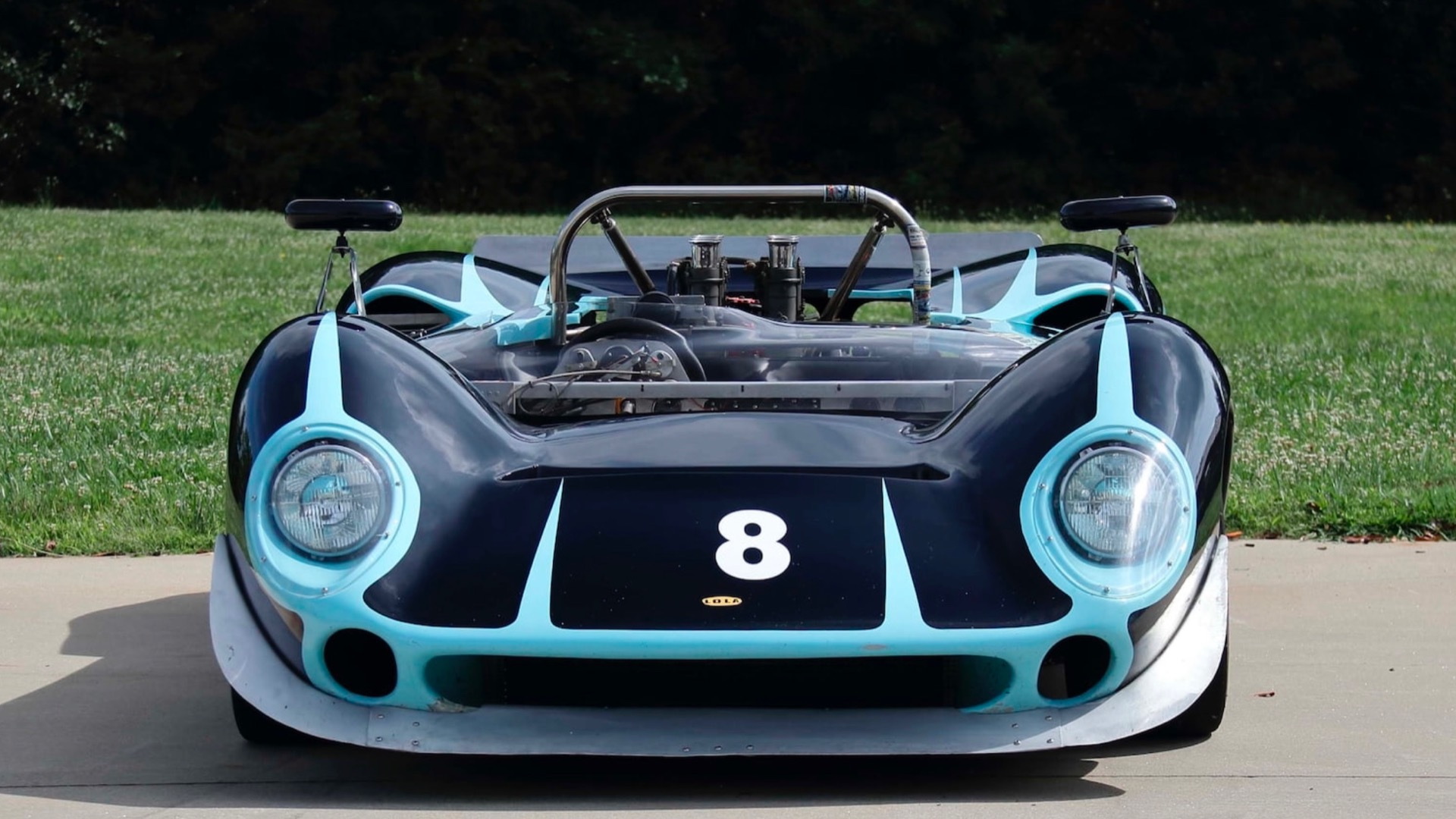 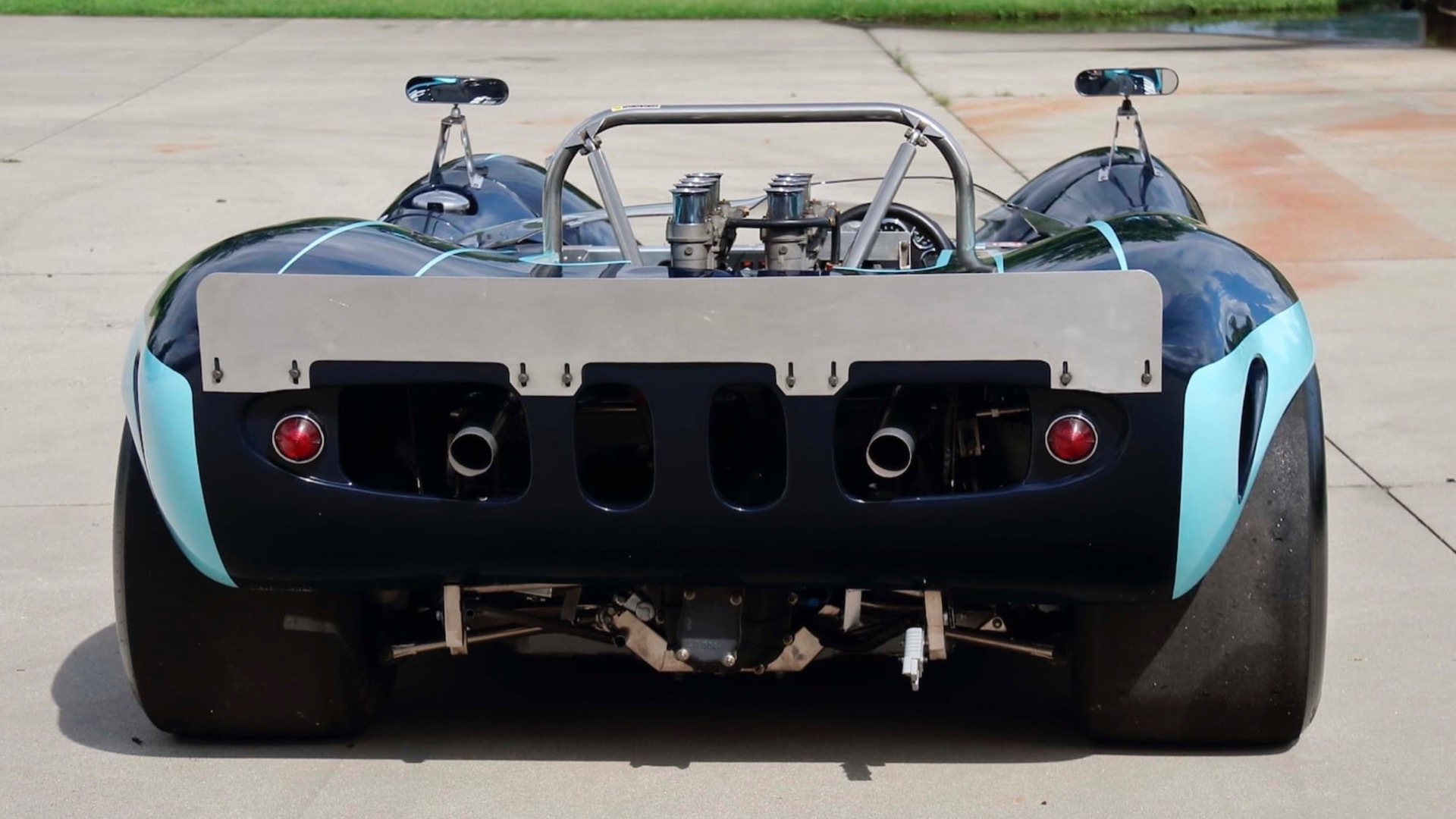 A 1965 Lola T70 Mk1 Spyder formerly owned by two racing legends is heading to auction. It's slated to cross the block at Mecum's Chattanooga, Tennessee, auction, which runs Oct. 15-16.

The open-top T70 was owned by both Carroll Shelby and Dan Gurney, according to the auction listing. It was raced by Gurney's All American Racers team, with Jerry Grant driving.

Eric Broadley's Lola Cars was one of the most prolific builders of race cars in history. Starting in 1958, the company built cars for Formula One, Formula 5000, IndyCar, and the Canadian-American Challenge Cup (Can-Am), among other series. The Lola Mk6 also served as the basis for the Ford GT40.

Involvement in the GT40 program helped stabilize Lola's finances, allowing Broadley to launch the T70 in 1965. Built in Spyder and coupe body styles, the T70 became one of the most successful sports racers of the period, scoring many victories in Europe and the North American Can-Am series.

Like most T70s, this earlier example is powered by a Chevrolet V-8, in this case displacing 5.0 liters. It's mounted behind the driver and powers the rear wheels through a Hewland 4-speed manual transmission. Mecum's listing doesn't provide much detail about the car's racing history or condition, however.

The T70 went through several upgrades during its production run, but ultimately couldn't keep up with the later McLaren and Porsche entries in the Can-Am series. Lola moved on to other projects, remaining a popular chassis supplier for multiple race series for decades, and making a few ill-fated attempts to join Formula One as a team in its own right. The company ceased operations in 2012.