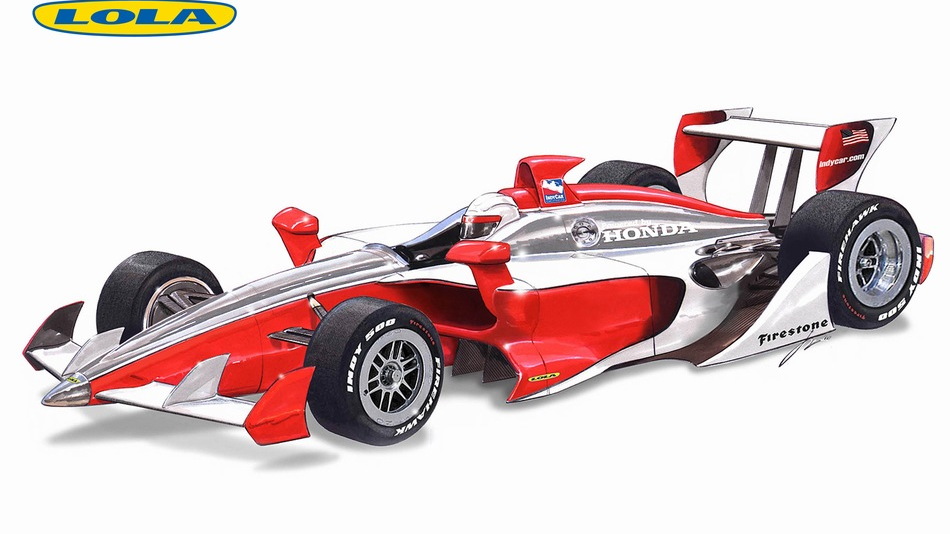 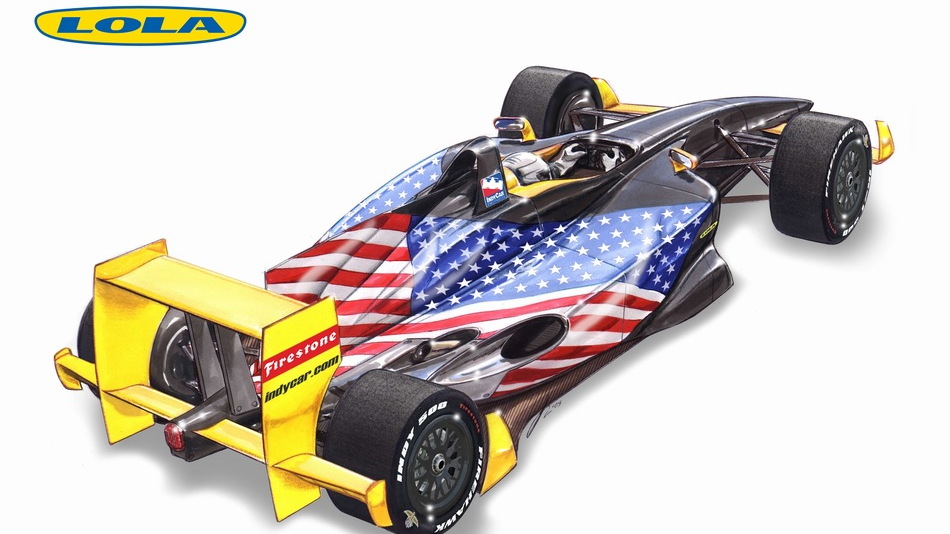 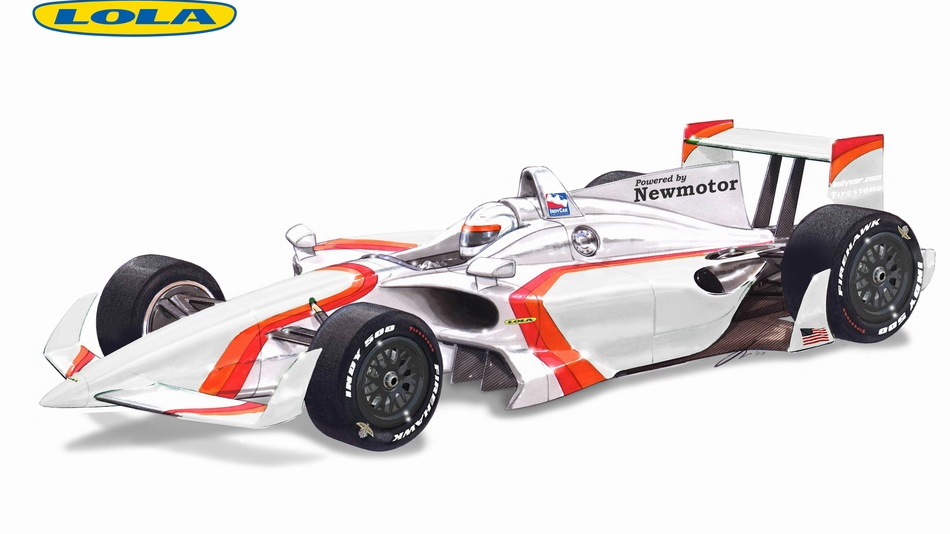 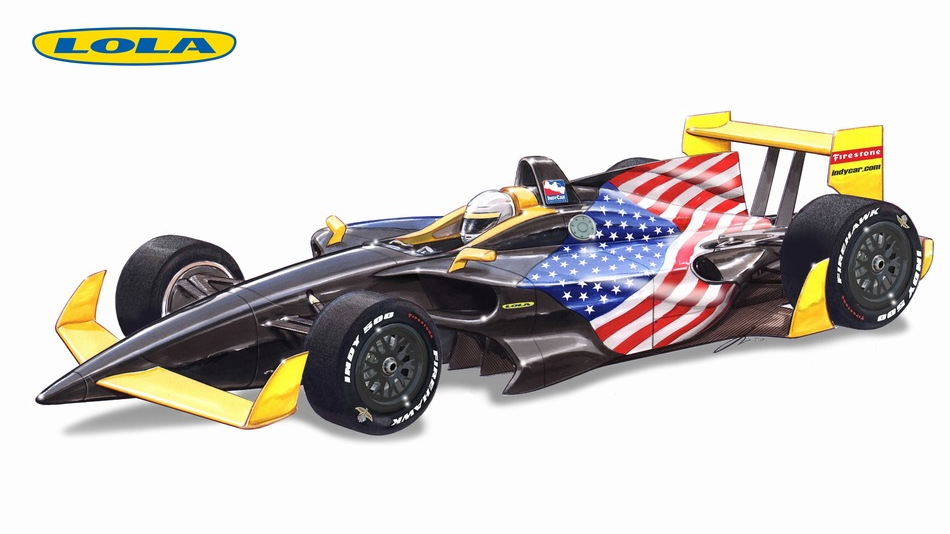 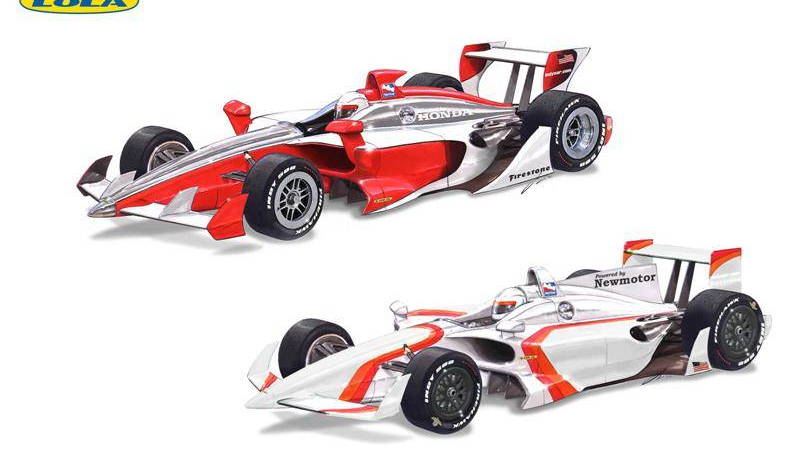 At last week's Chicago Auto Show we saw the near-ludicrous DeltaWing proposal for the 2012 IndyCar racer. Today, chassis manufacturer Lola has unveiled their prototype, and it looks a lot more realistic while still focusing on many of the same goals.

Designed from the ground up to work as a basis for both the IndyCar and Indy Lights series, the new chassis offers a familiar front/rear-winged open-wheeled look with design elements tweaked to help improve aerodynamics stability and drafting--key elements in making for safe, close racing and maximizing overtaking opportunities.

While the DeltaWing concept aims for this goal by doing away with wings entirely, instead relying solely on underbody aerodynamics, the Lola vision uses the rear underbody's aero to help minimize the wake created by the car and wing. This allows the tunable settings of a wing, normal weight distribution, and per-axle downforce familiar to race teams to be used. CFD modeling in the gallery above demonstrates the expected wake of the Lola prototype.

Safety features are also enhanced, with new nose cone and side pod structures designed to reduce the impact on the driver. Increased head protection boosts safety in the event that the car gets upside down or debris strikes the car, and a redesigned rear-impact structure minimizes damage to the fragile aero and drivetrain components.

The Lola prototype will be up against offerings from Dallara, manufacturer of the current IndyCar chassis, and Swift Engineering, who helped Mazda with the brilliant Furai racing concept, as well as the DeltaWing concept. Only one will be chosen as the official 2012 car.