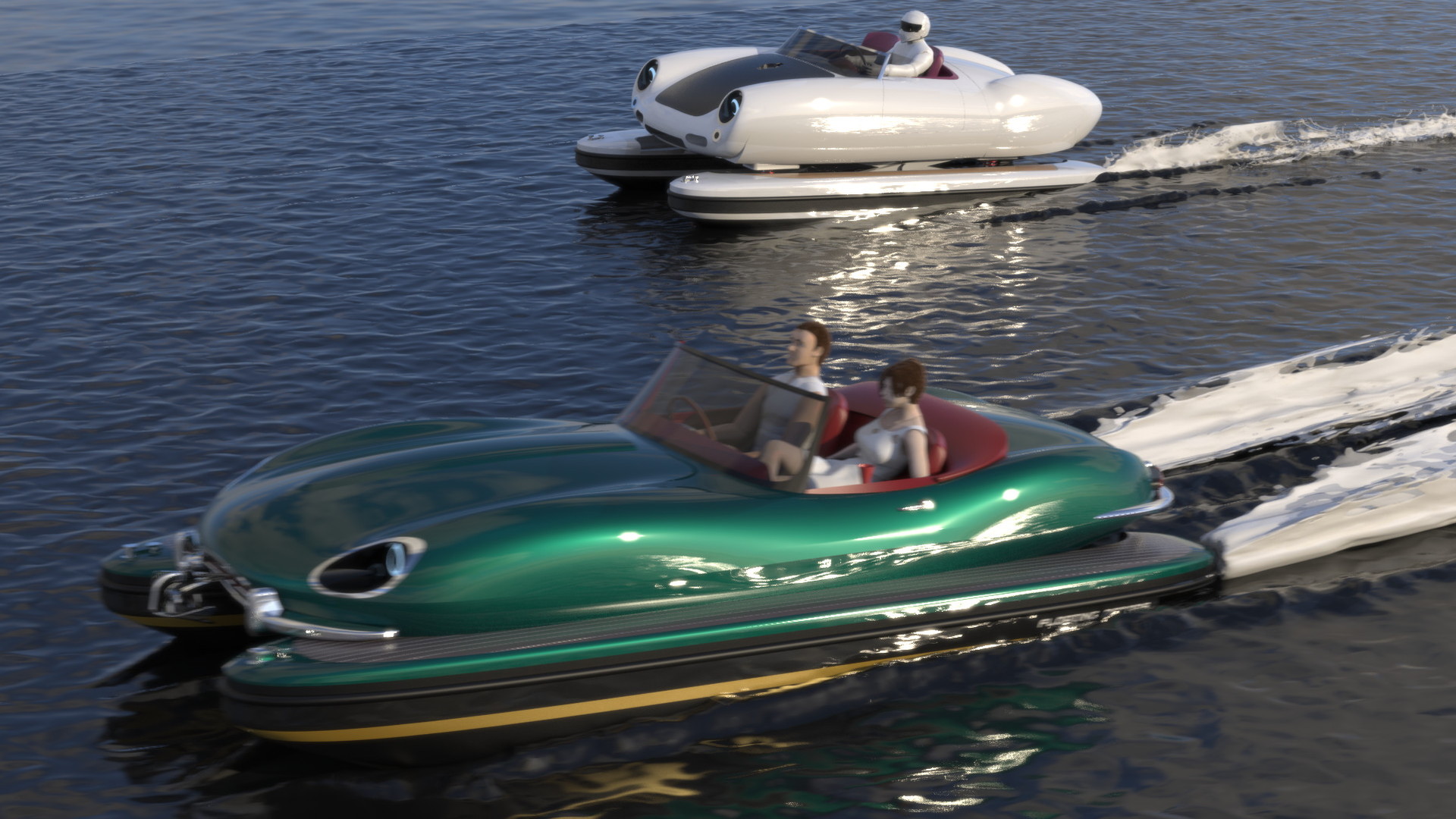 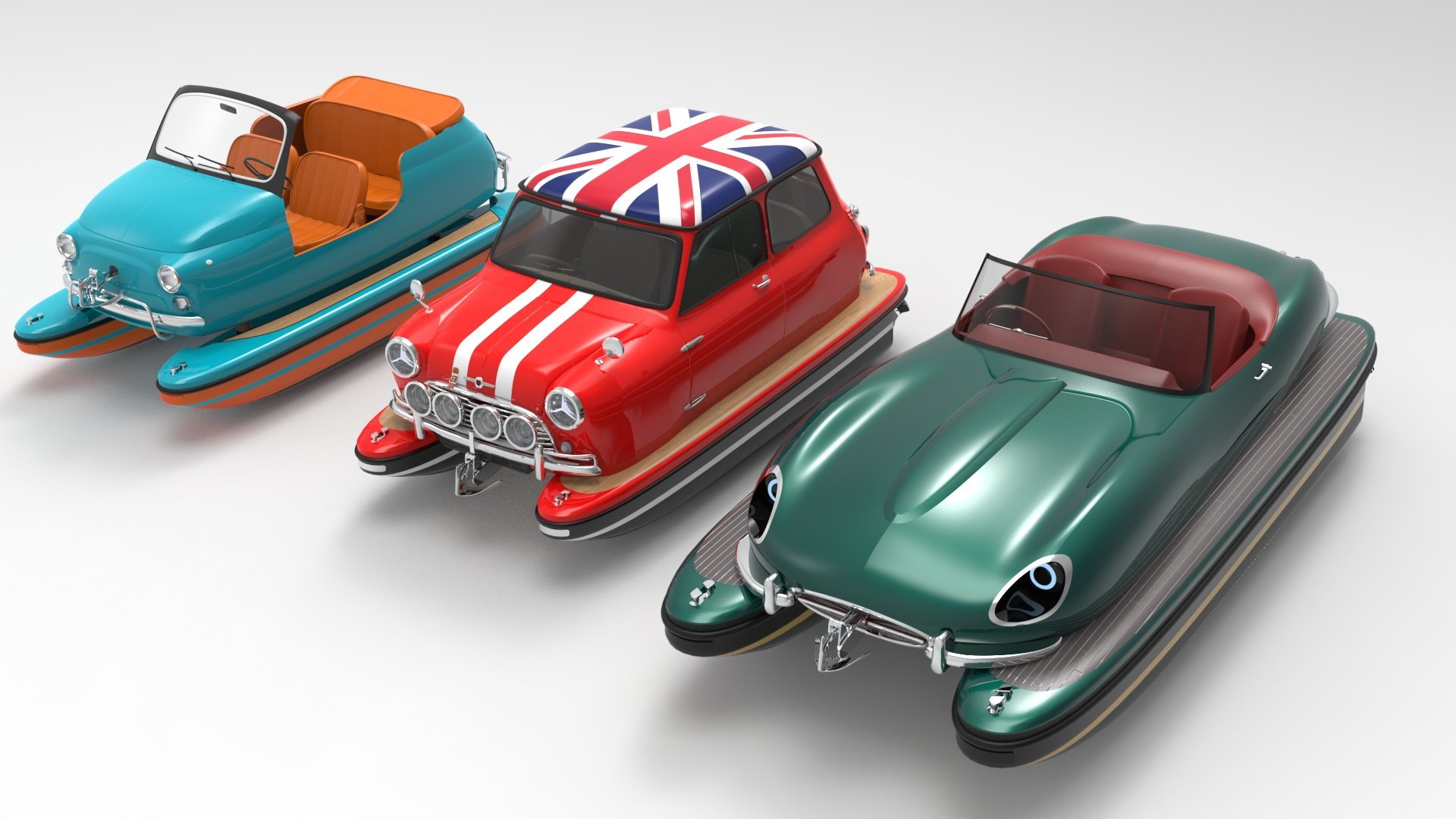 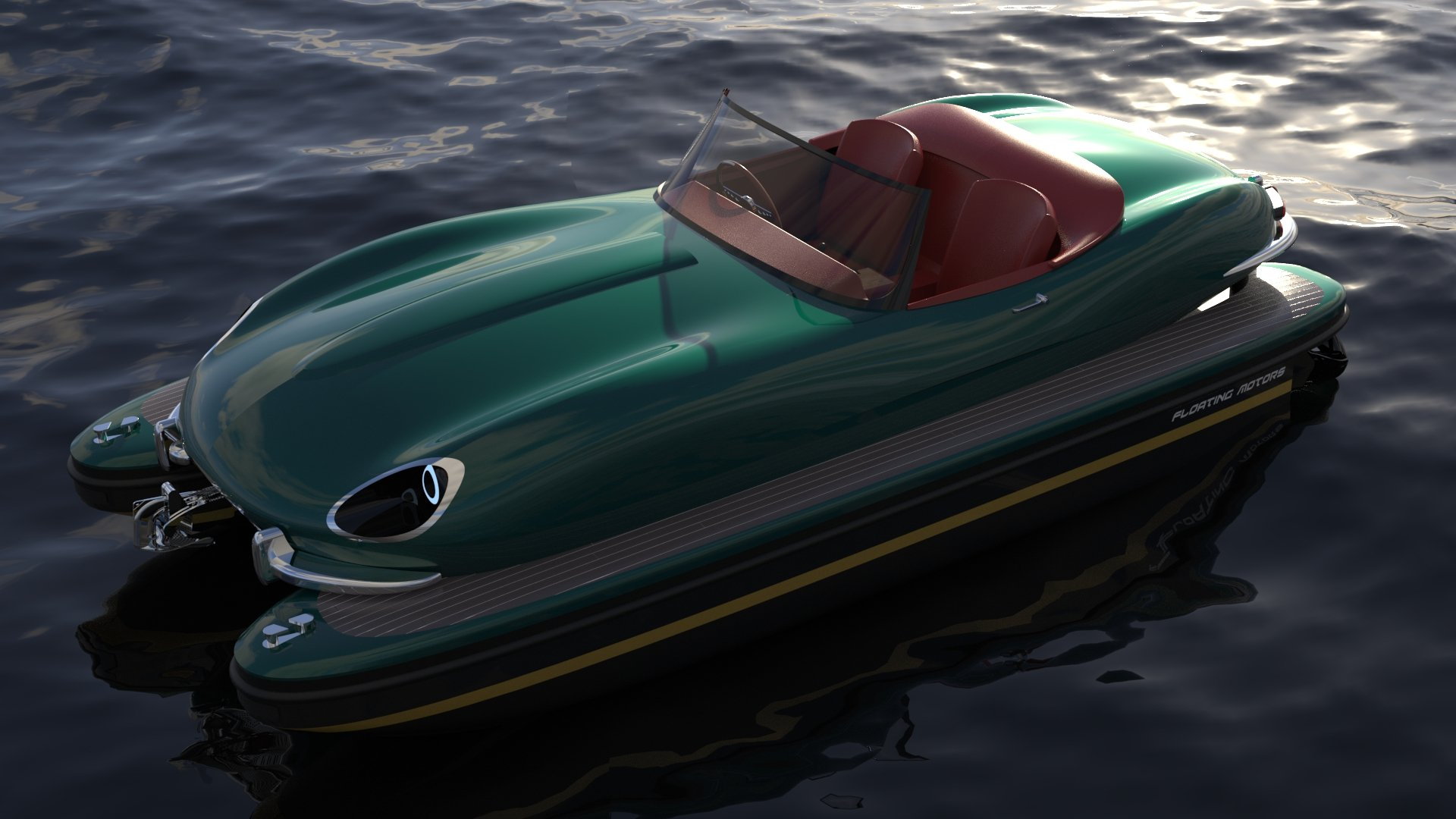 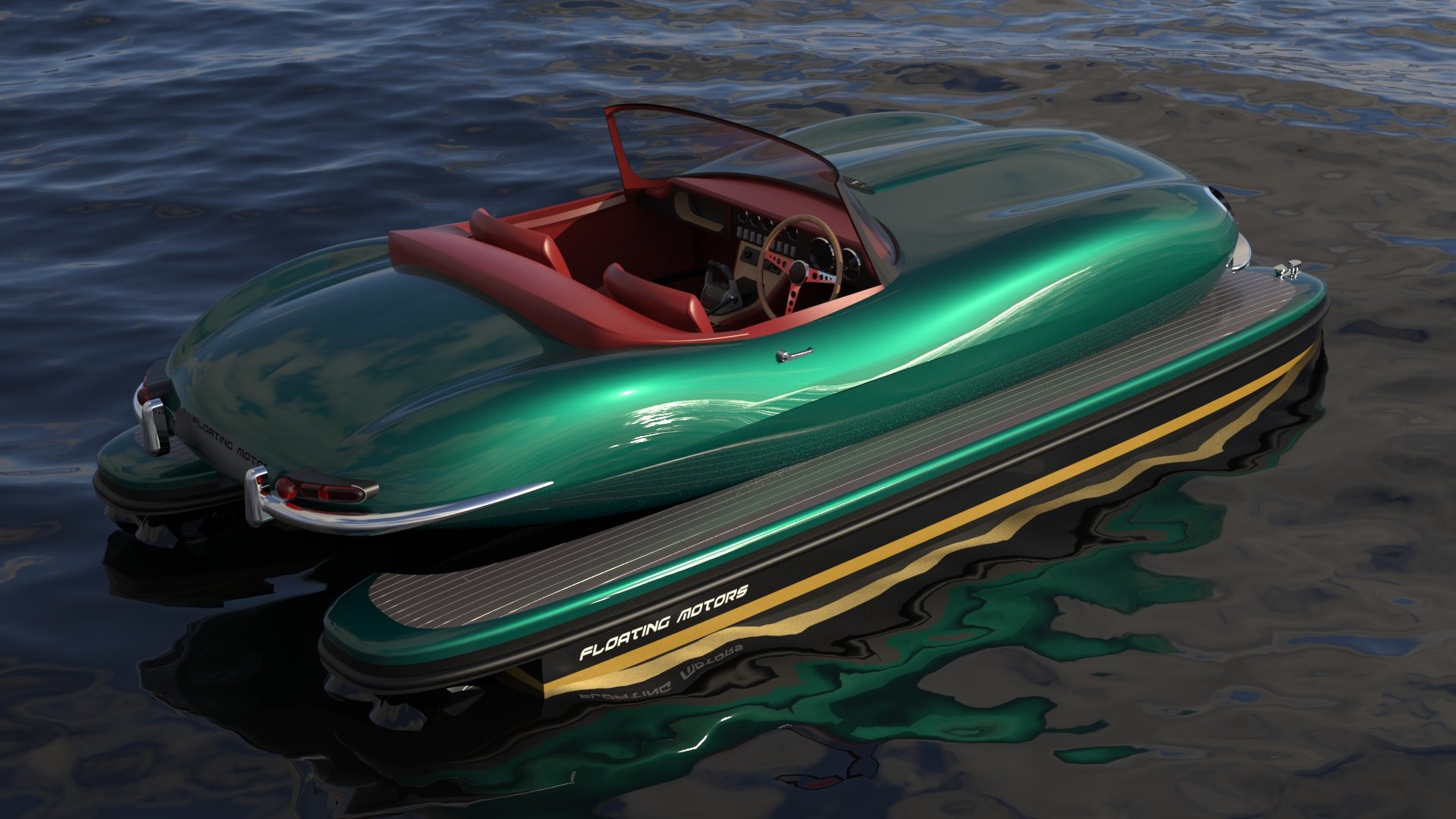 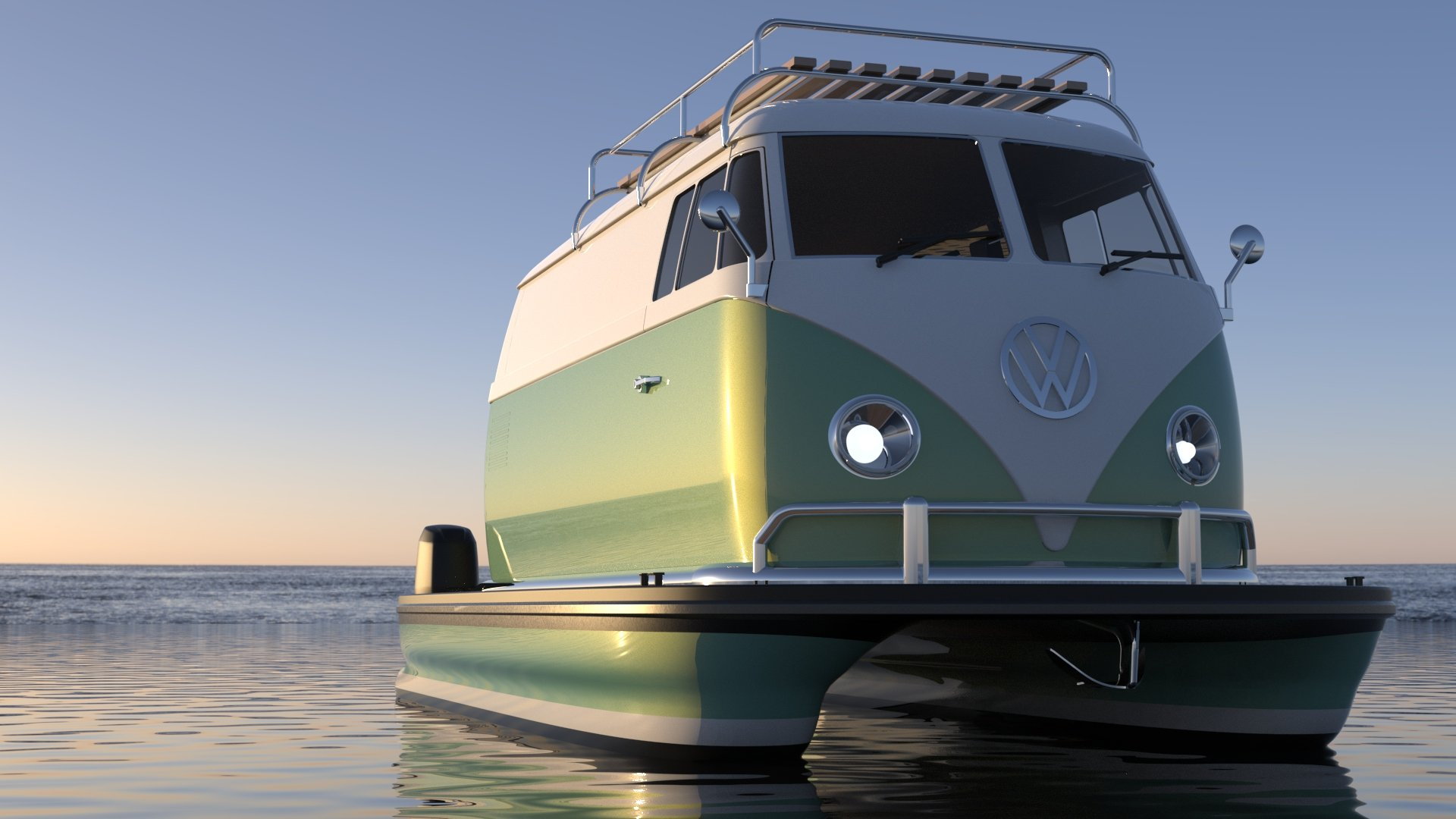 A company called Floating Motors wants to reimagine classic automotive design for the high seas. The company plans to build a line of boats that look like vintage cars, for it what it calls "resto floating."

First spotted by Motor1 on Thursday, Floating Motors has shown aquatic versions of the Jaguar E-Type, Porsche 550 Spyder, Volkswagen Microbus, and original Fiat 500 and Mini. The VW is even configured as a sort of cabin cruiser, with a large rear hatch and top deck.

The car-like shapes are mated to hulls measuring from 9.8 feet-24.6 feet, with three possible configurations—conventional, catamaran, and foil. Power is provided by electric outboard motors, with outputs ranging from 40-240 hp, depending on the model.

Floating Motors has only shown renderings so far, so it's unclear if the company plans to source original vehicles for its seagoing restomods or build facsimiles. It's also unclear when the first boats will hit the water.

Floating Motors is a joint venture between Italian watercraft firm Jet Capsule and the Lazzarini Design Studio. As Motor1 notes, it took Jet Capsule awhile to get going. The idea for the company was first floated (pun intended) in 2010, but Jet Capsule didn't deliver its first craft until 2016.

It's also worth noting that Floating Motors' concepts are boats that look like cars, not amphibious vehicles. We do know of one U.K. builder that attached a Lamborghini Countach-lookalike body to an amphibious-car hull in 2016, and several other companies have tried to market amphibious cars over the years. Conversely, the one-off Hydrocar is an amphibious road-going vehicle that looks more like a beached speed boat than any car.