British racing legend Sir Stirling Moss is considered to be the greatest driver not to win the Formula 1 world championship. He won 212 races during his amazing career, including 16 F1 Grands Prix, the Mille Miglia 1,000-mile race across Italy in 1955, and the 1954 12 Hours of Sebring.

He retired from racing in 1962 after a devastating crash at Goodwood, but to no ones’ surprise, he never fully walked away from the sport – becoming a very active participant in vintage racing.

Barrett-Jackson, at its inaugural Houston auction September 16-18, will be auctioning Moss’s 1966 Ford Mustang Shelby GT350, nicknamed “The Moss Car,” after being owned and raced by the renowned driver from 1992-1999.

“From Formula One Grands Prix to the Mille Miglia, Moss was one of the best, celebrating hundreds of victories during his successful racing career,” Craig Jackson, chairman and chief executive officer of Barrett-Jackson, is quoted in the auction’s press release. “Sadly, we lost Moss last year, but the spirit of this International Motorsports Hall of Famer lives on in the Shelby that he lived. This is a truly rare chance to own a race car owned and piloted by one of the world’s most celebrated racers.”

In its early life, Moss’s Shelby GT350 was converted to R specifications by previous owner Chris Liebenberg. Today, the car remains in competition configuration, powered by a 289cid V8 mated to a 4-speed transmission and equipped with period racing seats.

The body wears its original paint and No. 7 roundels and ‘Driver Stirling Moss’ script on the doors. 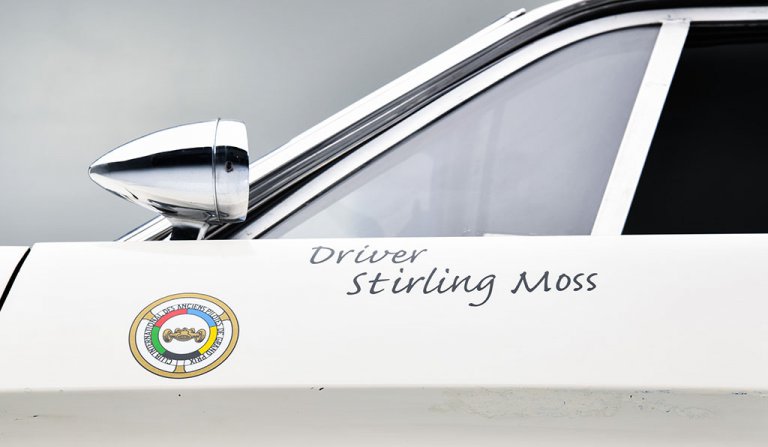 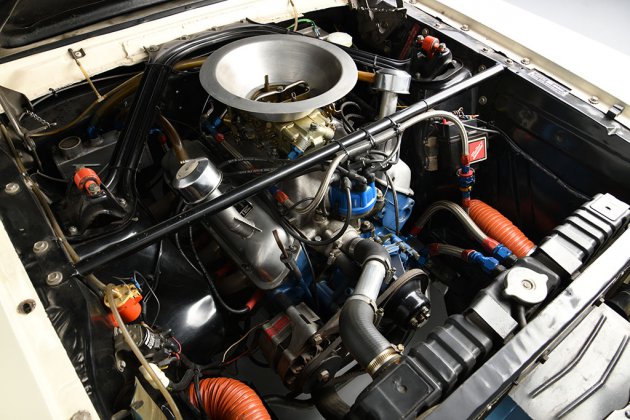 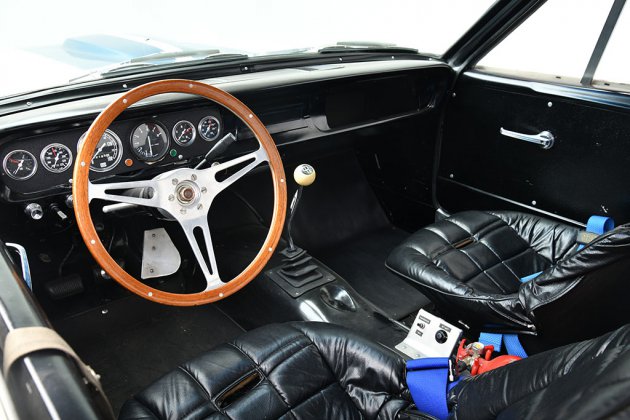 Quickly after purchasing the car in 1992, Moss raced it at the Targa Tasmania with his wife, Susie, in the passenger seat. They won in their class, the Classic Division B7 for Touring and GT cars over 4000cc.

He went on to race the Shelby GT350 in competitions across Europe, including at Silverstone in 1995 and 1996.

“Moss had only high praise for his Shelby GT350,” Steve Davis, president of Barrett-Jackson, notes. “He’s on record stating it was his favorite for historic racing, and there is no doubt Moss’ Shelby GT350 was in many incredible vintage races, piloted by one of the greatest racers of all time. We are so proud to give our bidders in Houston a chance to win a historic car with legendary pedigree such as this one.” 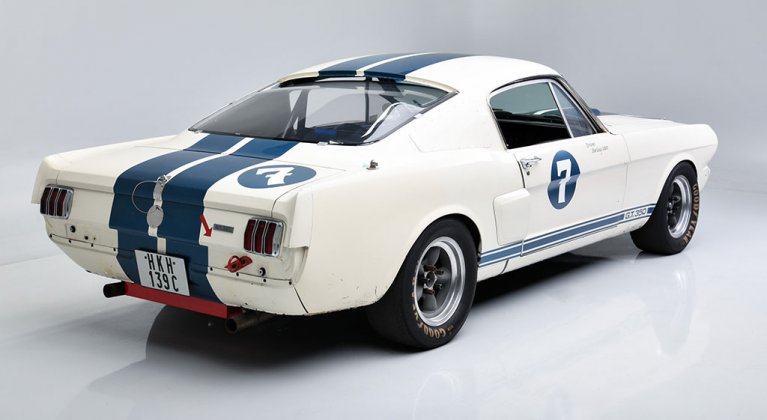 In 2007, Carroll Shelby drove Moss’s GT350 onto the stage at Houston’s Keels & Wheels Concours d’Elegance event and proclaimed this car will forever be known as ‘The Moss Car.”

You can find Moss’s signature inside of the trunk. 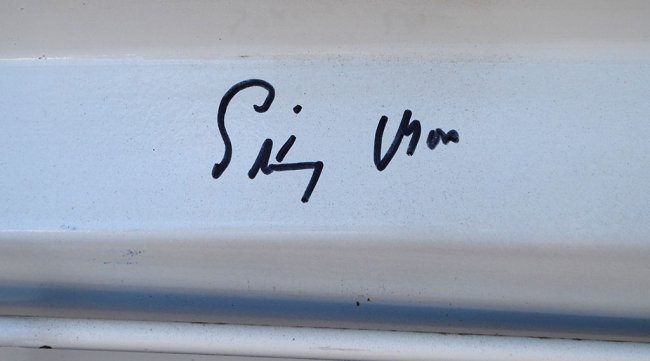 The winning bidder will receive a substantial amount of documentation, including photos from Moss’s personal files, photos from Keels & Wheels event, and a video of Moss talking about the car.