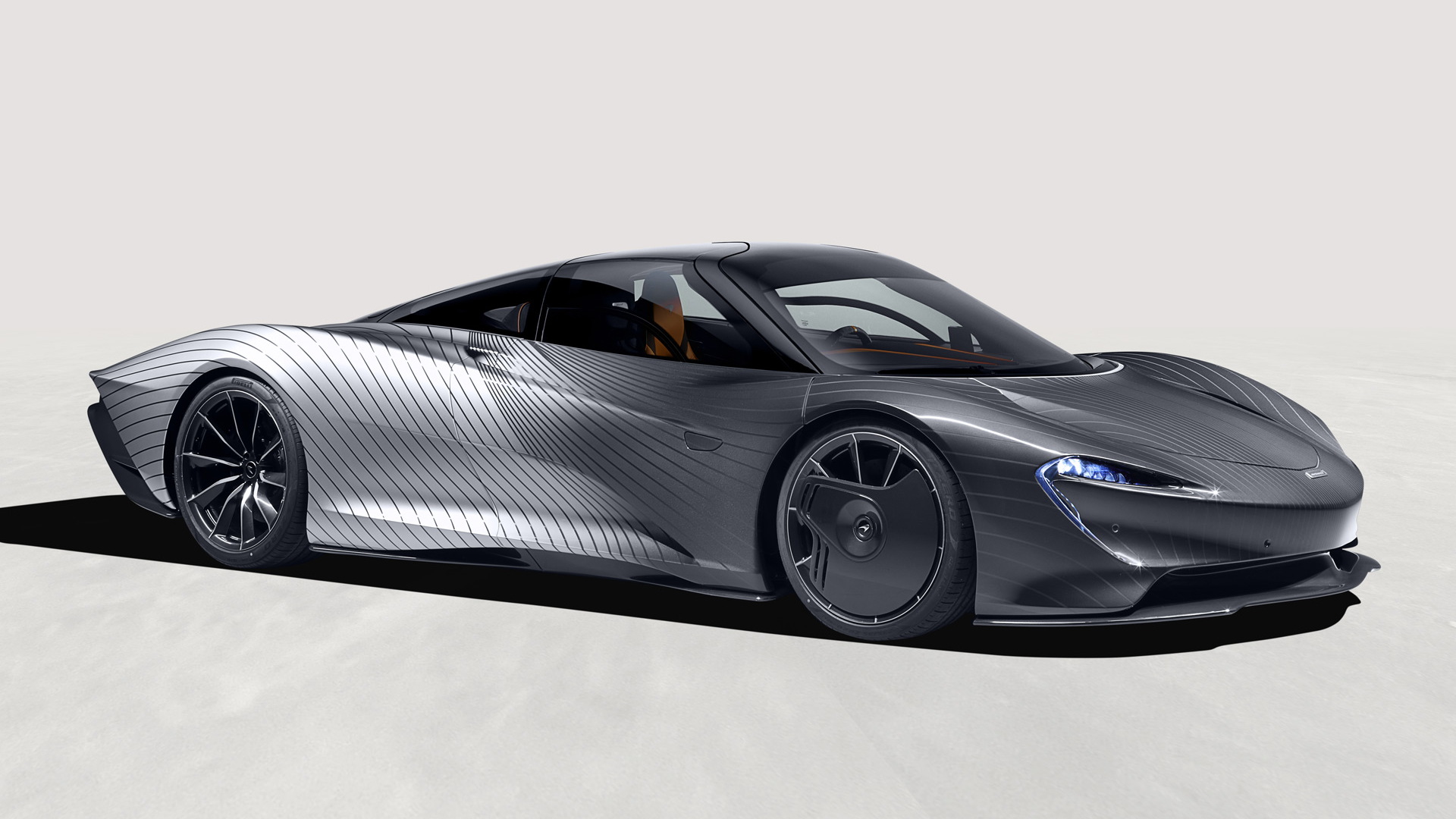 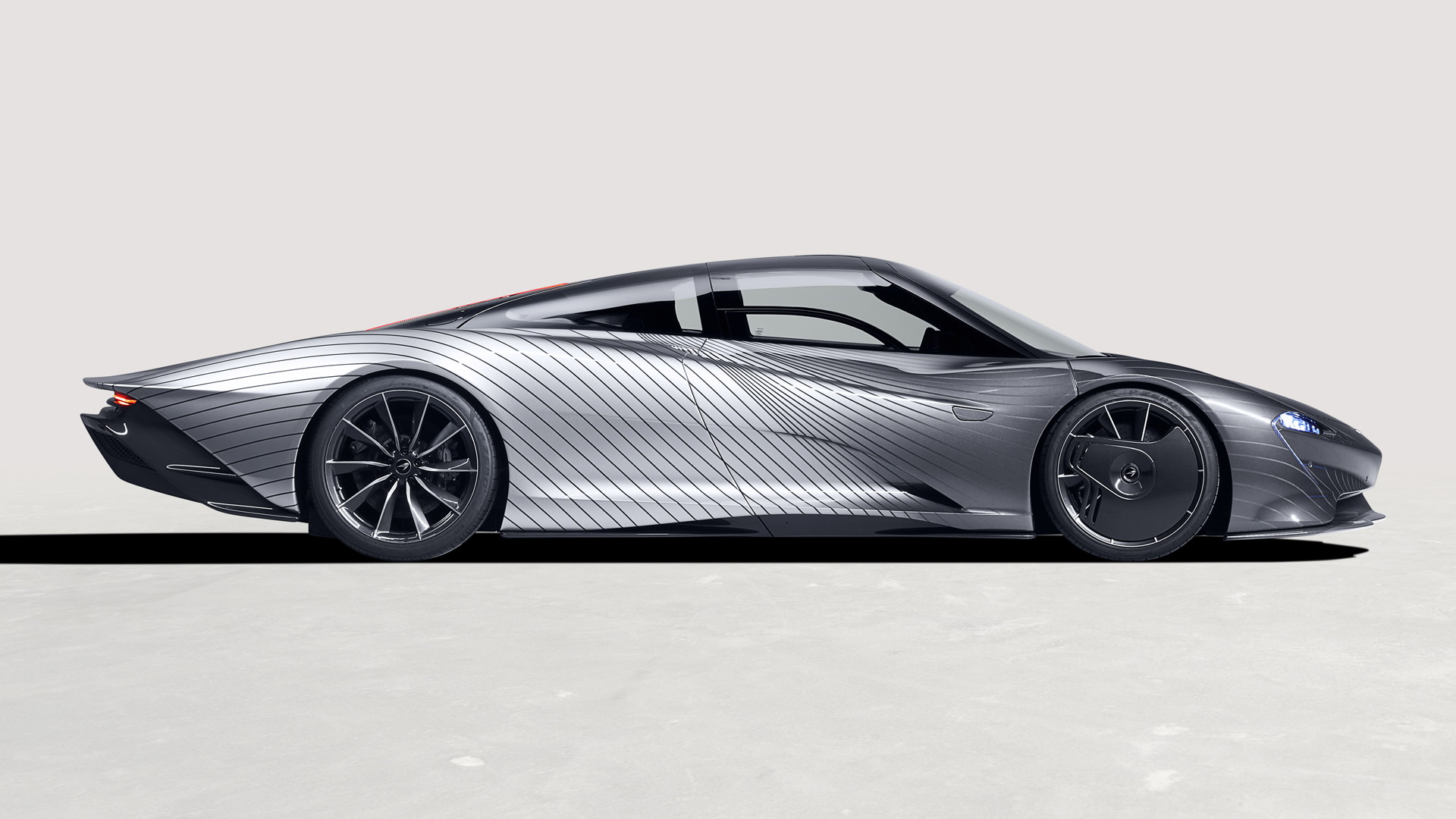 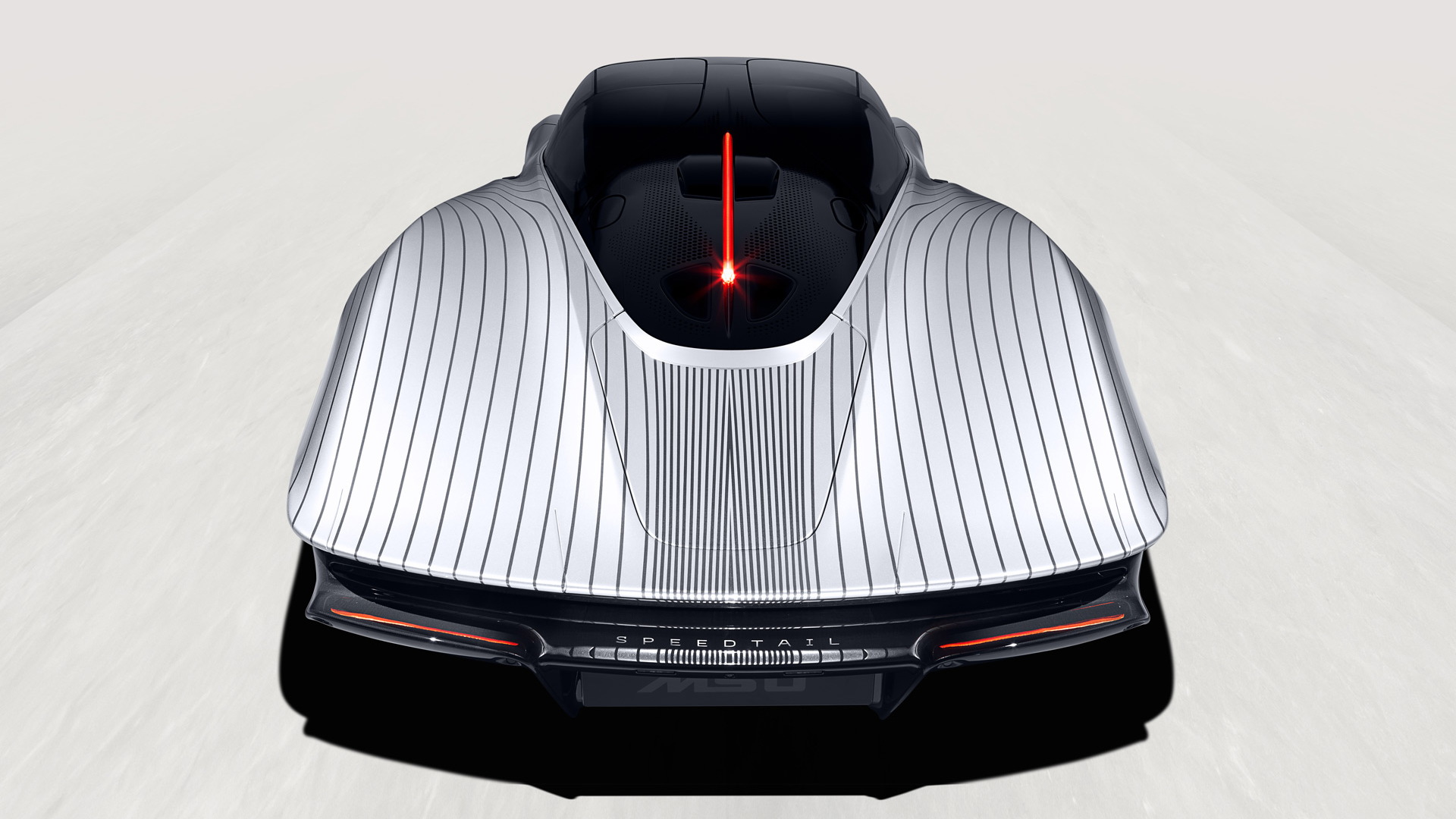 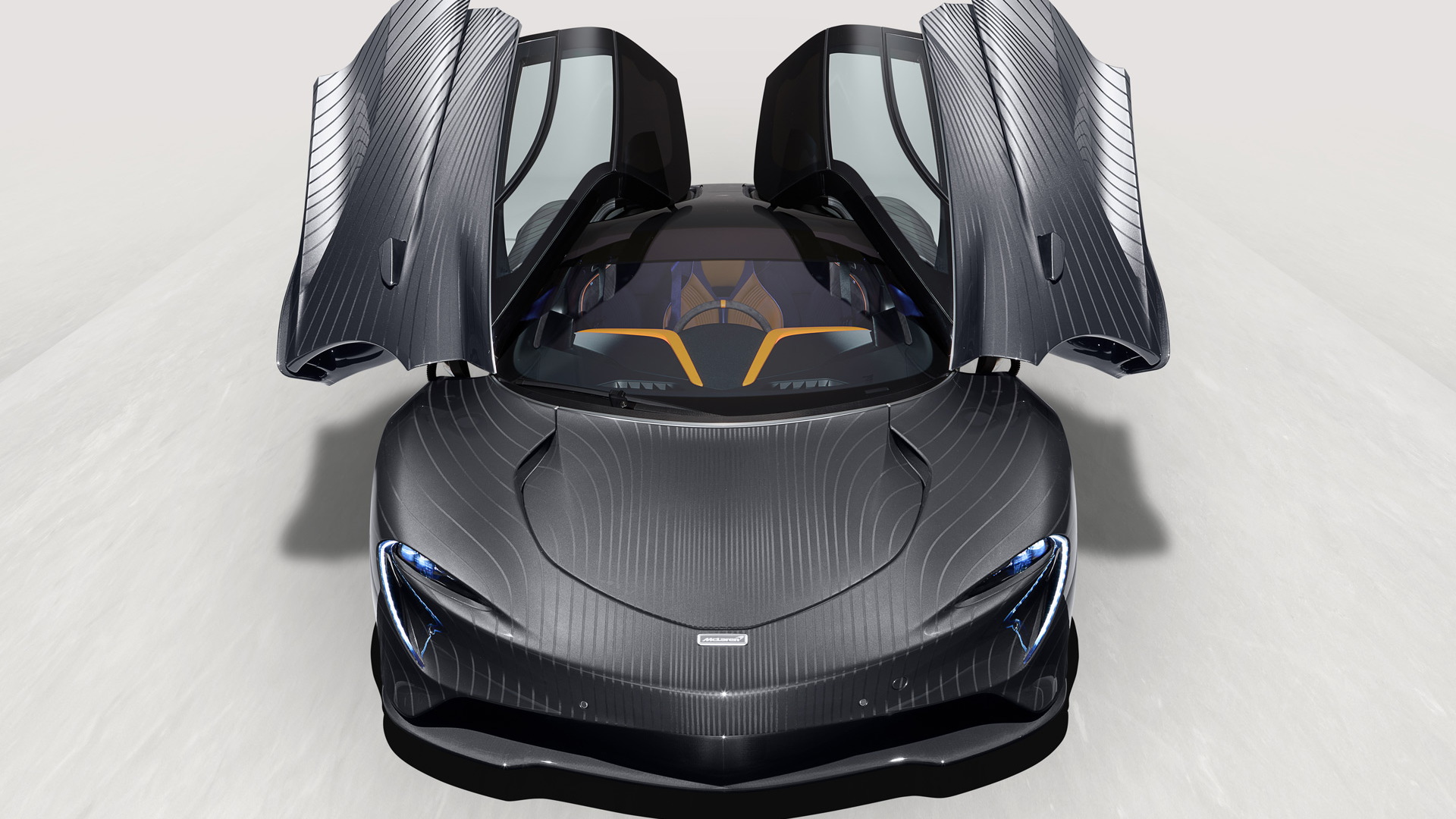 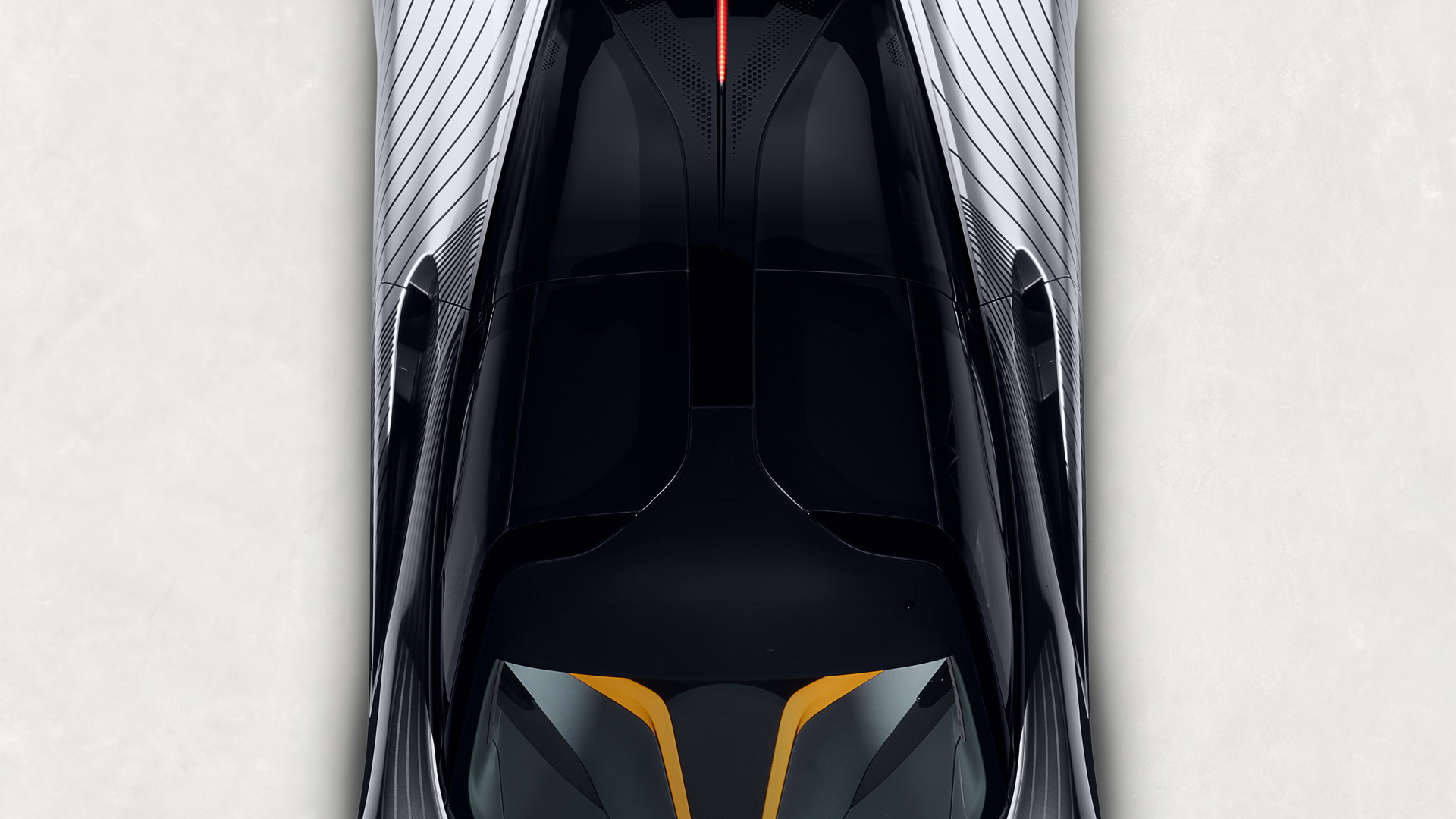 McLaren's dealership in Beverly Hills is about to take delivery of one of the wildest looking Speedtails we've seen yet.

McLaren on Wednesday presented a Speedtail commissioned by the dealership, and it features a livery matching the design used by McLaren for a Speedtail prototype from 2018. It's one of the last examples of the Speedtail's 106-unit run, and is decked out in a fade starting with Ueno Gray up front and Magnesium Silver at the rear.

Magnesium Silver is the shade used for the McLaren F1 at its 1992 Monaco Grand Prix debut, and later featured on numerous car magazine covers. Ueno Gray meanwhile matches the color of the Ueno-sponsored F1 GTR that took home the overall win at the 1995 24 Hours of Le Mans. And those lines on the car? They represent the optimized airflow pattern, according to McLaren.

Wondering how long it took to paint the car? Well, the answer is more than 12 weeks, with all work handled by McLaren's MSO personalization department.

McLaren refers to the car as Albert. That's the nickname McLaren used for the Speedtail prototype with the same livery, and comes from Albert Drive in Woking, U.K., the street on which the original facility where the F1 was designed and built is located. Today that facility is home to MSO.

If you're in the Los Angeles area, you can get a close-up look at the car as it will be presented at the Sunset GT cars and coffee event taking place at O’Gara Beverly Hills on August 8. Don't bother making an offer, though. The car is already sold.

Power in the Speedtail comes from a hybrid setup that combines a 4.0-liter twin-turbocharged V-8 and single electric motor, with drive sent to the rear wheels only. Peak output is 1,055 hp and 848 lb-ft of torque, which will see the Speedtail reach 250 mph.