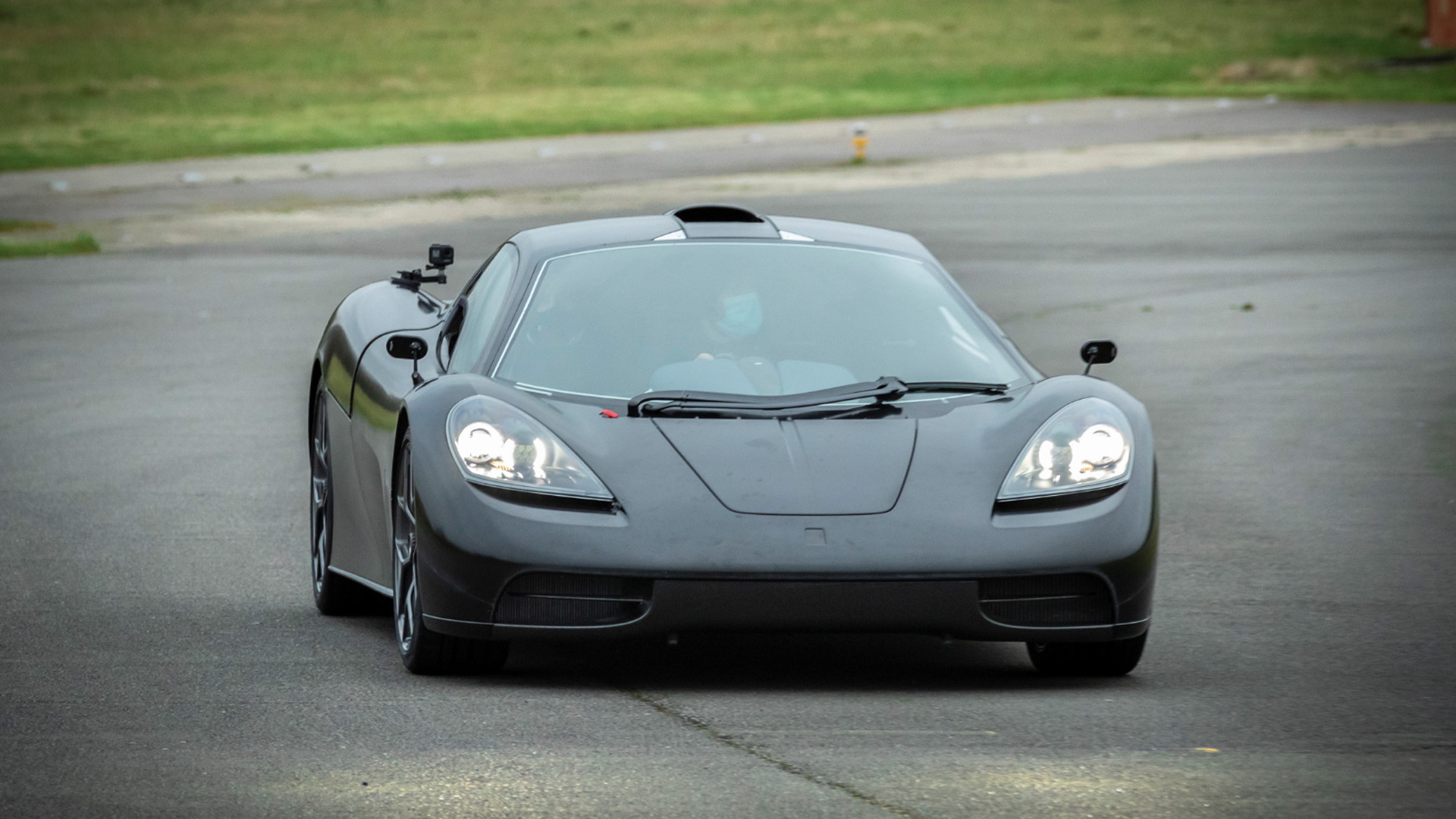 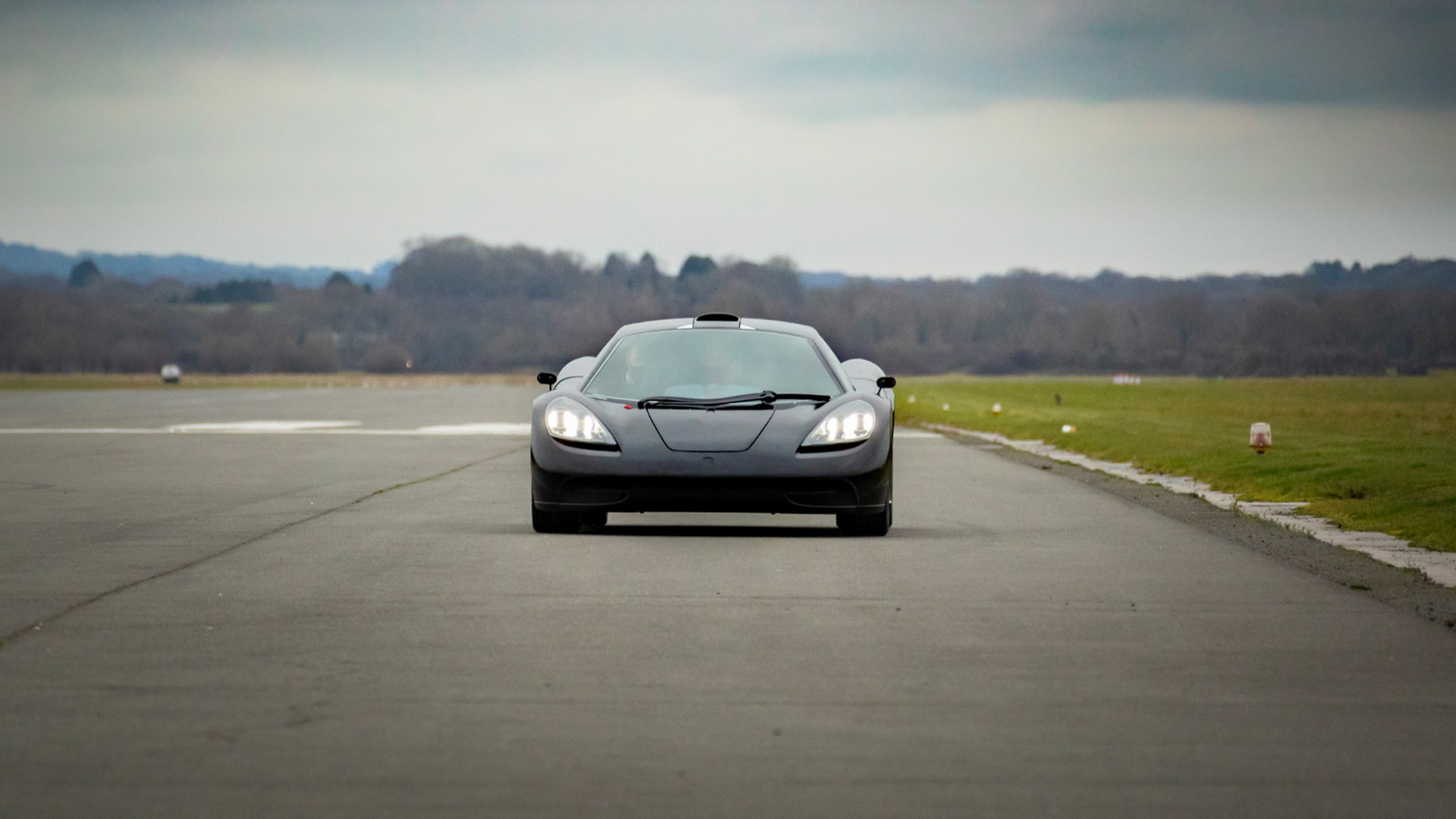 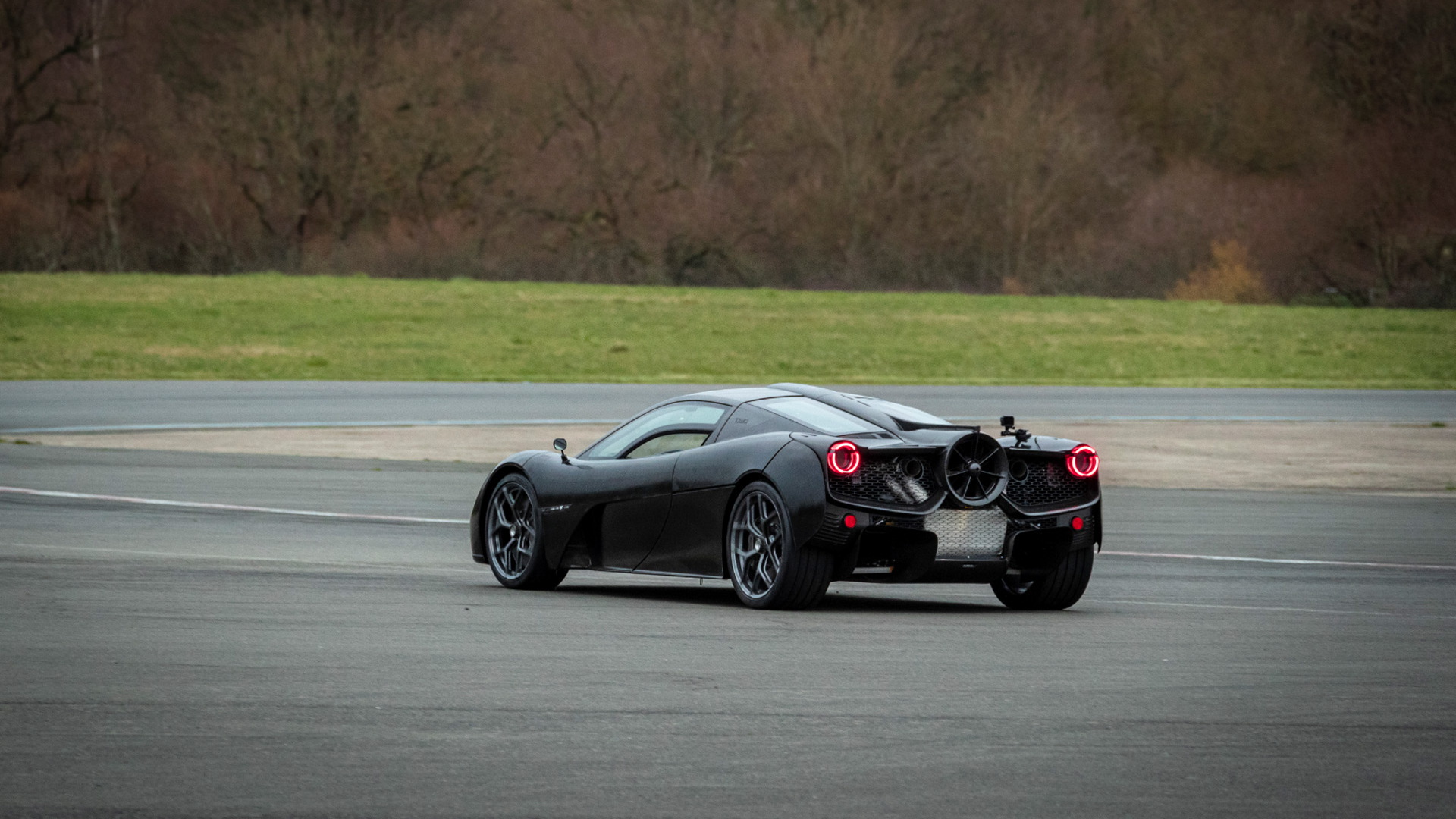 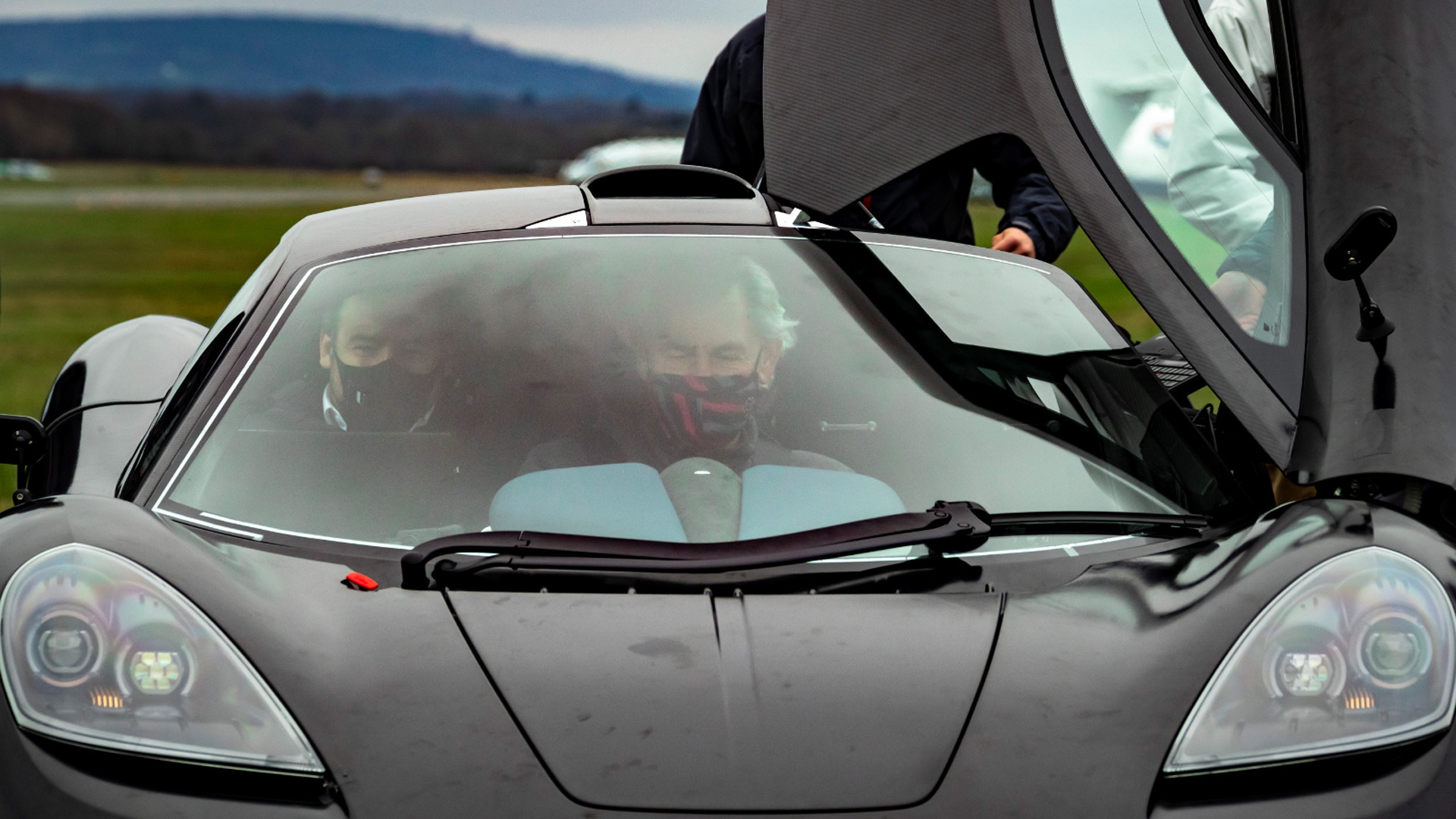 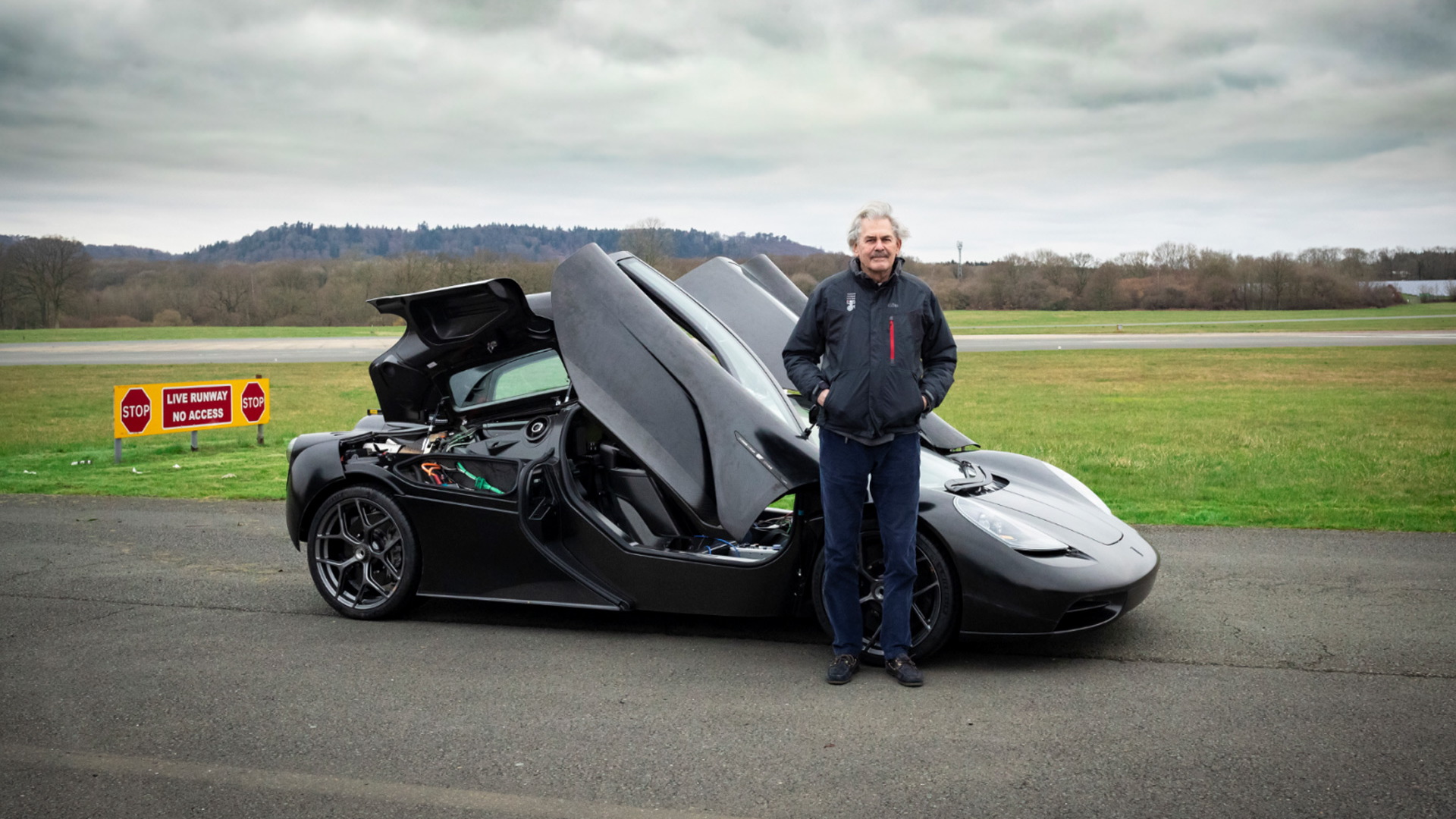 When Gordon Murray says he's working on a new supercar, the world listens. Why? Because the South African native has designed multiple championship-winning Formula One race cars, helped introduce numerous technologies in car construction, and perhaps most notably was the chief designer of the McLaren F1.

Murray is now running his own U.K.-based car company, Gordon Murray Automotive, or GMA for short, and its first product is a new supercar billed as the last great analog car, as well as the spiritual successor to the F1.

Called the T.50, the new supercar made its debut last August and now we can see it on the move for the first time. GMA on Monday released a video of Murray's first drive in the T.50 at Dunsfold Aerodrome, more popularly known as the Top Gear Test Track. The site is where much of the T.50's track testing will take place and close to where eventual production will take place. GMA has promised the start of deliveries in 2022.

The T.50 Murray drove was a prototype, and as such its V-12 engine was rev-limited to just 3,000 rpm. Nevertheless, Murray was thourougly impressed by the Cosworth-developed unit. After the drive, he said he was shocked how responsive the engine was even at low revs and that he could chirp the wheels at 3,000 rpm.

The engine in the T.50 is a naturally aspirated 3.9-liter V-12 that in production guise will scream all the way to 12,100 rpm. While the peak output will only be 654 hp and 344 lb-ft of torque, the engine has just 2,174 pounds to carry, or a third less than much of the competition. Oh, the T.50 also has a 6-speed manual transmission, which pretty much none of the competition has.

“The car was responsive, agile and rewarding to drive,” Murray said in a statement. “It was a fantastic experience to be sitting in the center of the car once again with great all-round visibility and I can see how much the owners will enjoy this experience.”

Unfortunately we didn't get to see the car's rear-mounted fan in action. The 15.7-inch fan, which is part of the active aero system, is inspired by the Brabham BT46B F1 race car Murray designed in the 1970s, but it serves a different purpose here. In the Brabham, the fan worked with side skirts to create an area of low air pressure under the car, creating downforce by sucking the car onto the track. In the T.50, the fan works with active rear spoilers to reduce drag at high speeds by bleeding off downforce, or increasing downforce under braking.

Only 125 T.50 supercars will be built, with 100 of these to be road cars and the remainder to be an even more extreme T.50s Niki Lauda track car. Pricing starts at 2.36 million British pounds (approximately $3.26 million) and yes, they're all sold out.