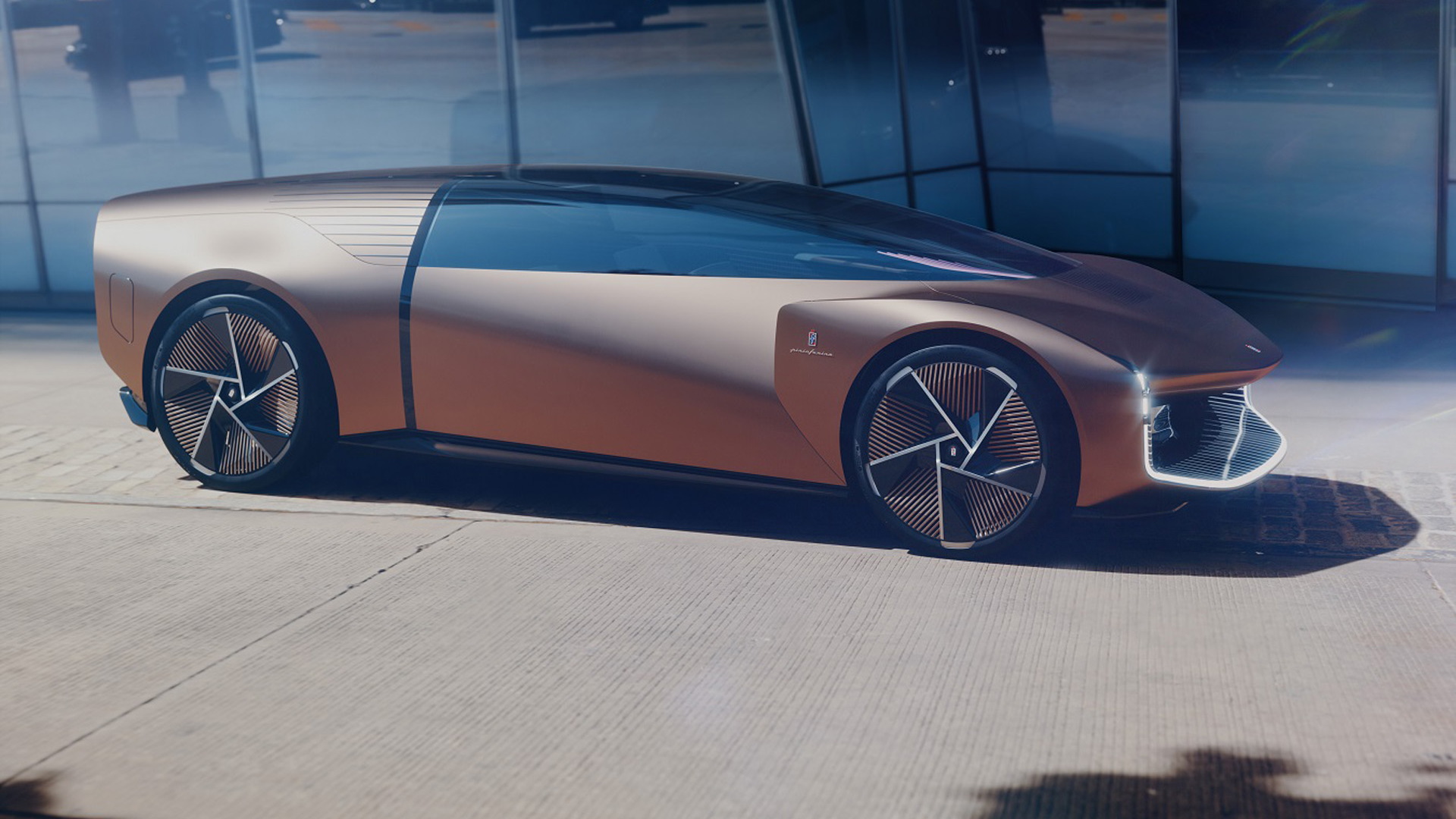 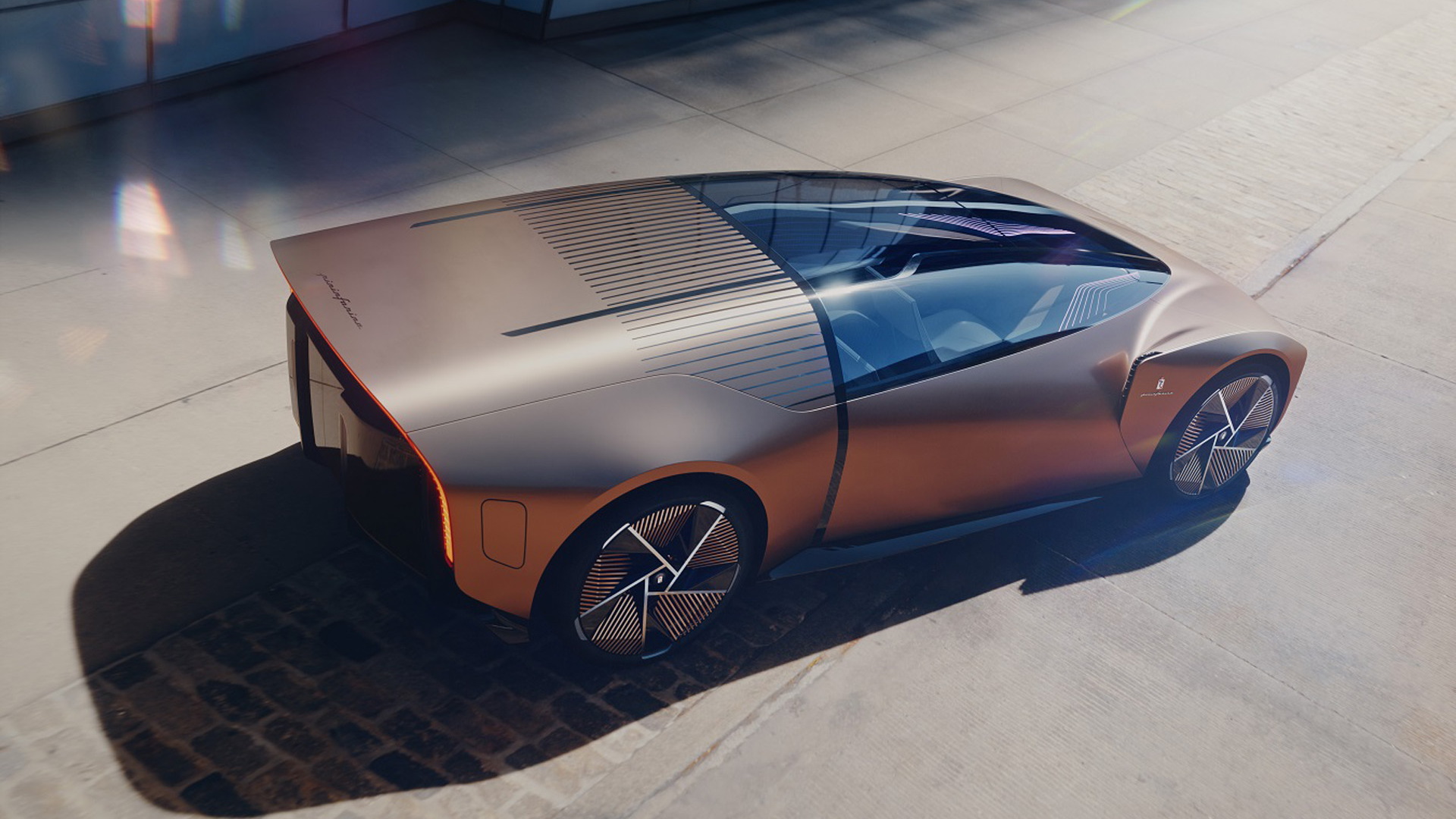 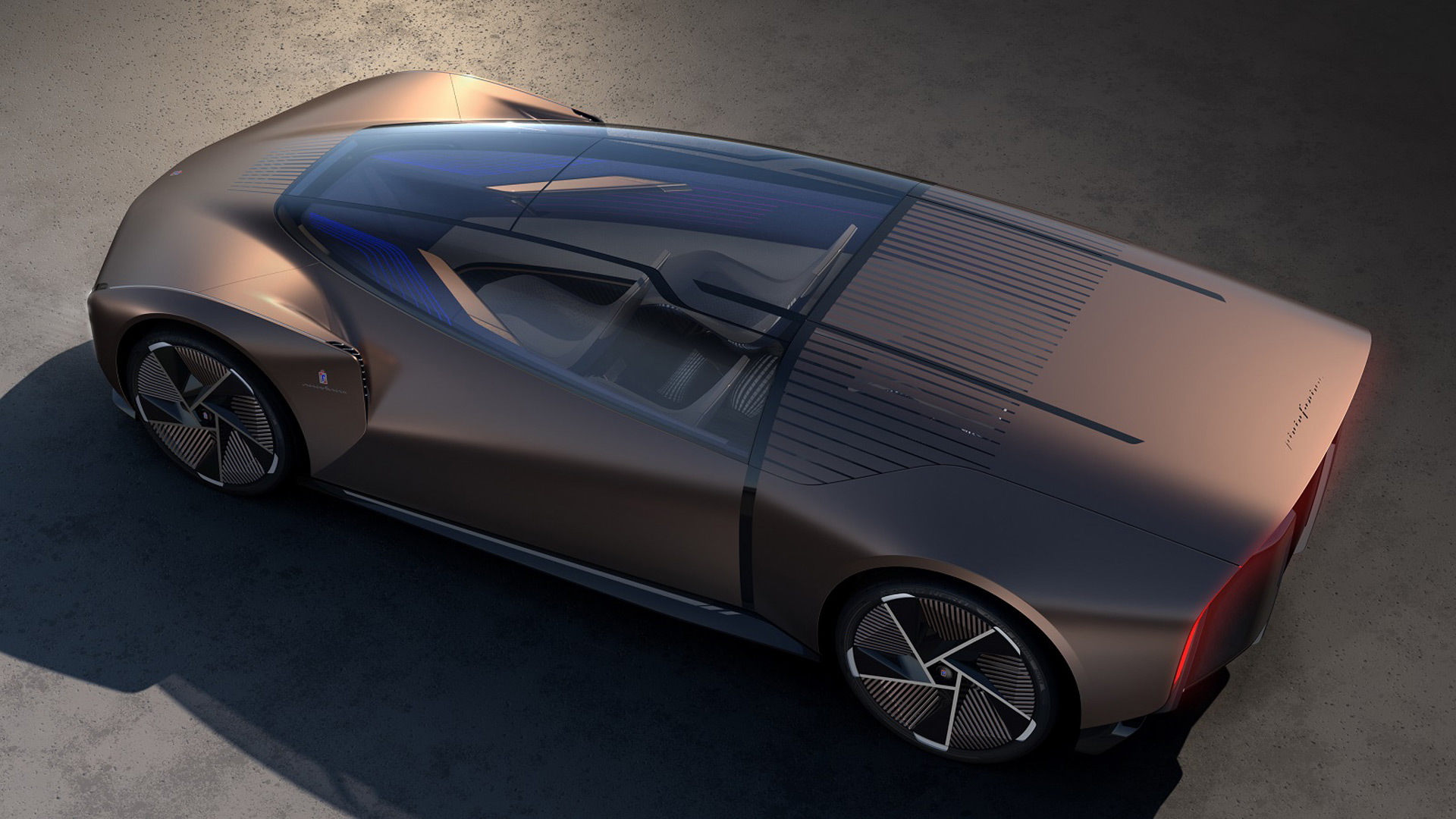 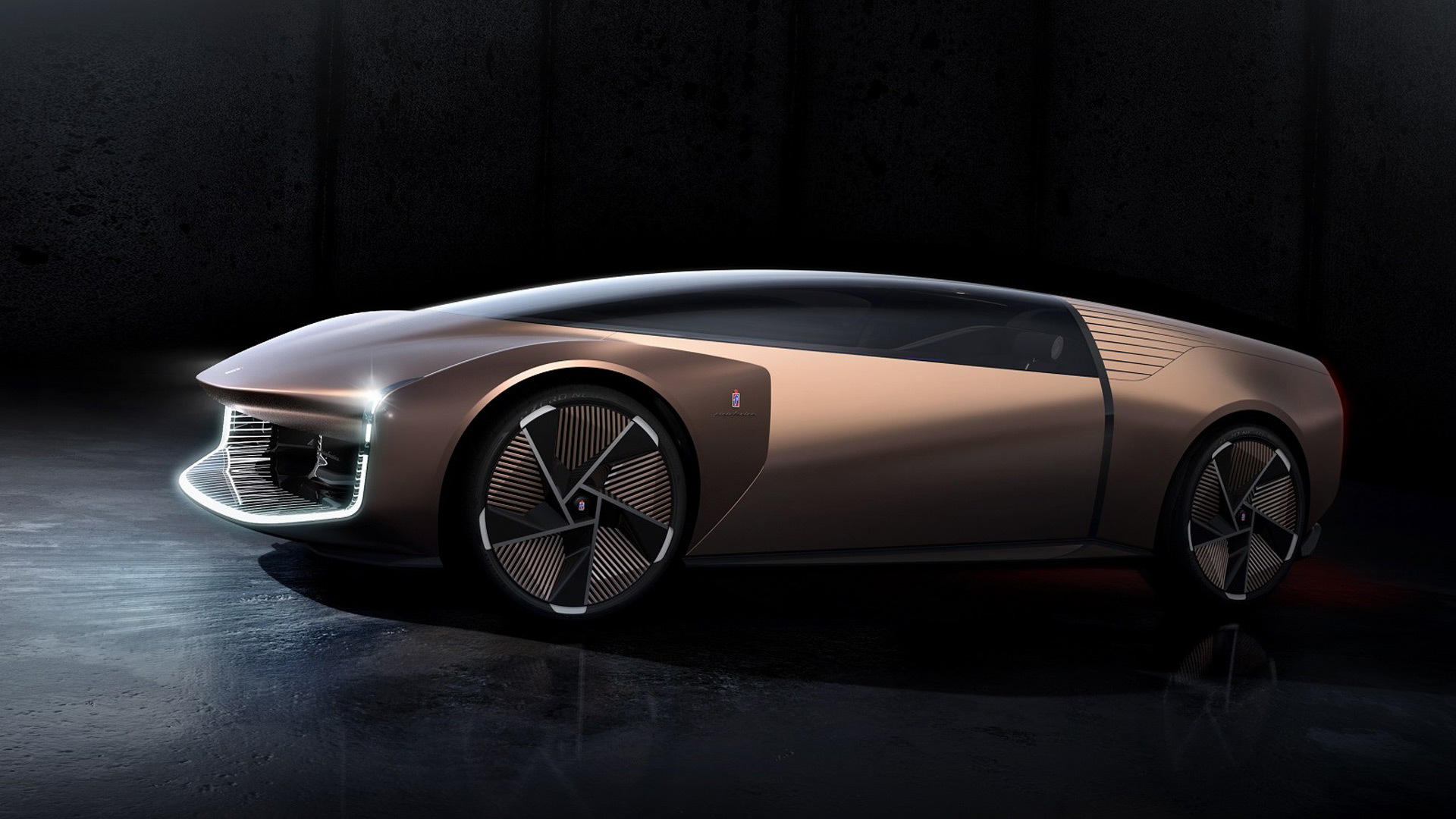 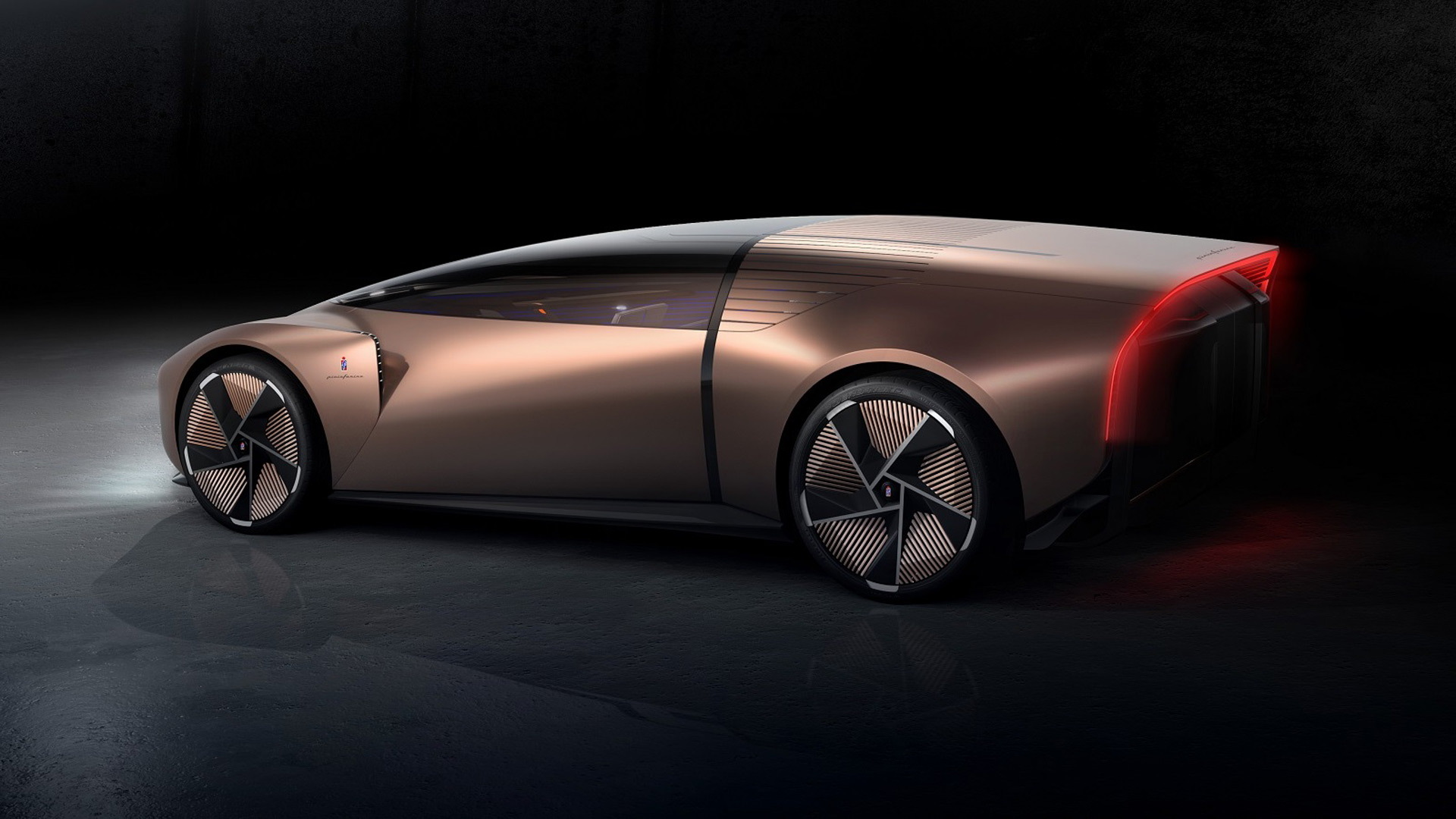 The Teorema concept features a shooting brake body style and five seats, with a single driver's seat in the center and two pairs of individual seats in the following rows. Pininfarina previously explored the body style with its Sintesi concept of 2008. 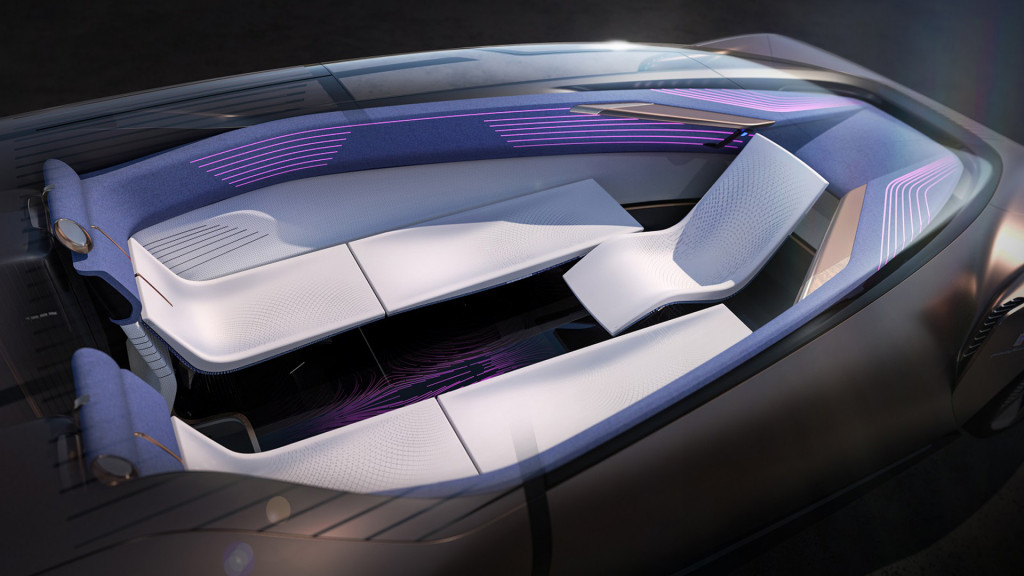 This latest concept is meant to be able to drive itself, in which case the driver's seat can be rotated to face the four other seats. Those four seats can also be arranged to form two slender beds.

When the driver wants to take over from the car's self-driving system, a pair of joystick-style controls fold out from the dash. Such a design is more compact than having a steering wheel that needs to fold away.

Underpinning the concept is a modular electric-vehicle platform from Germany's Benteler. This is the same engineering company that is developing the EV platform for Pininfarina's production models coming after the Battista hypercar. Pininfarina is working on at least four additional models, one of which will be a crossover to be previewed shortly by another concept.