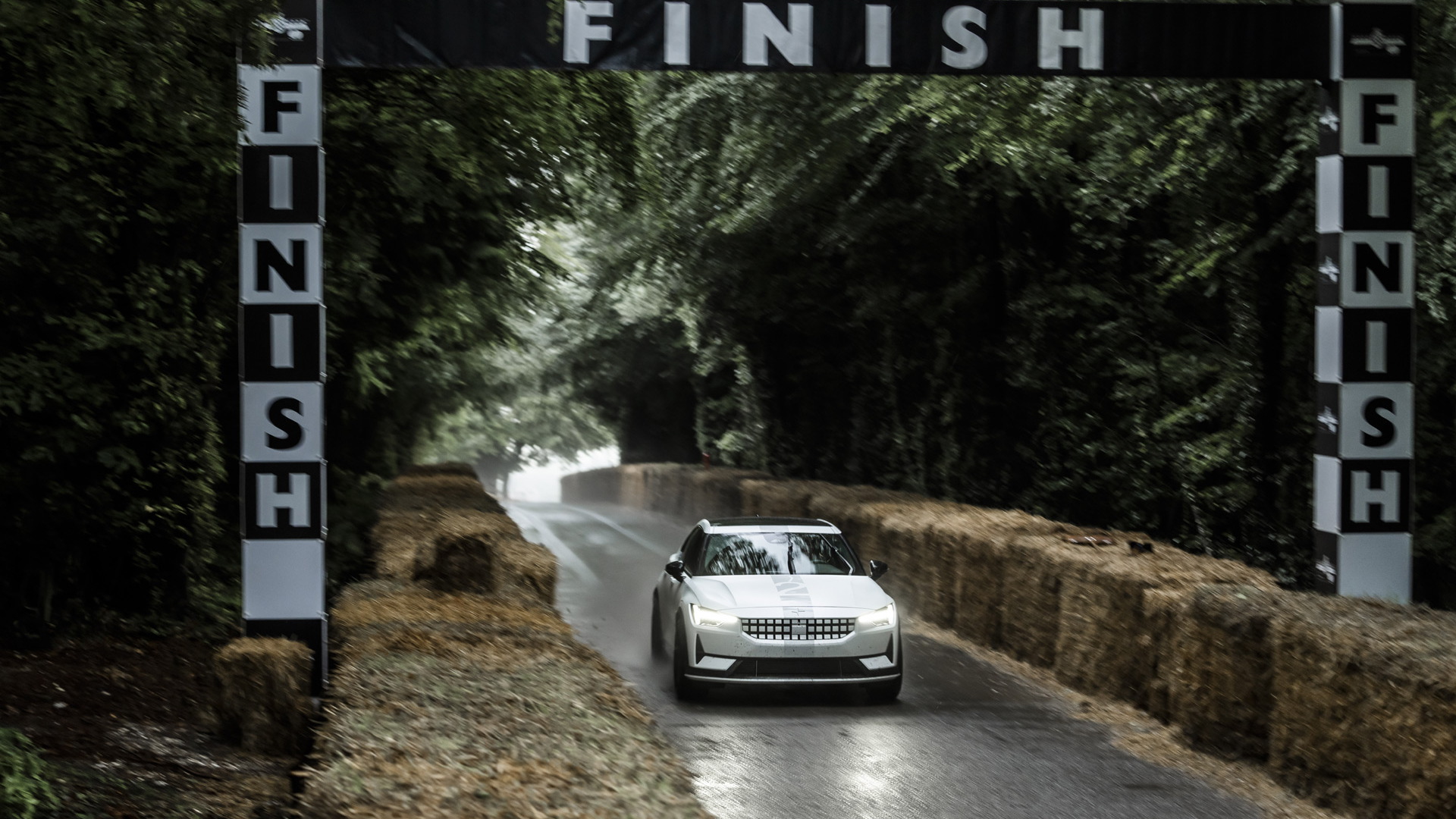 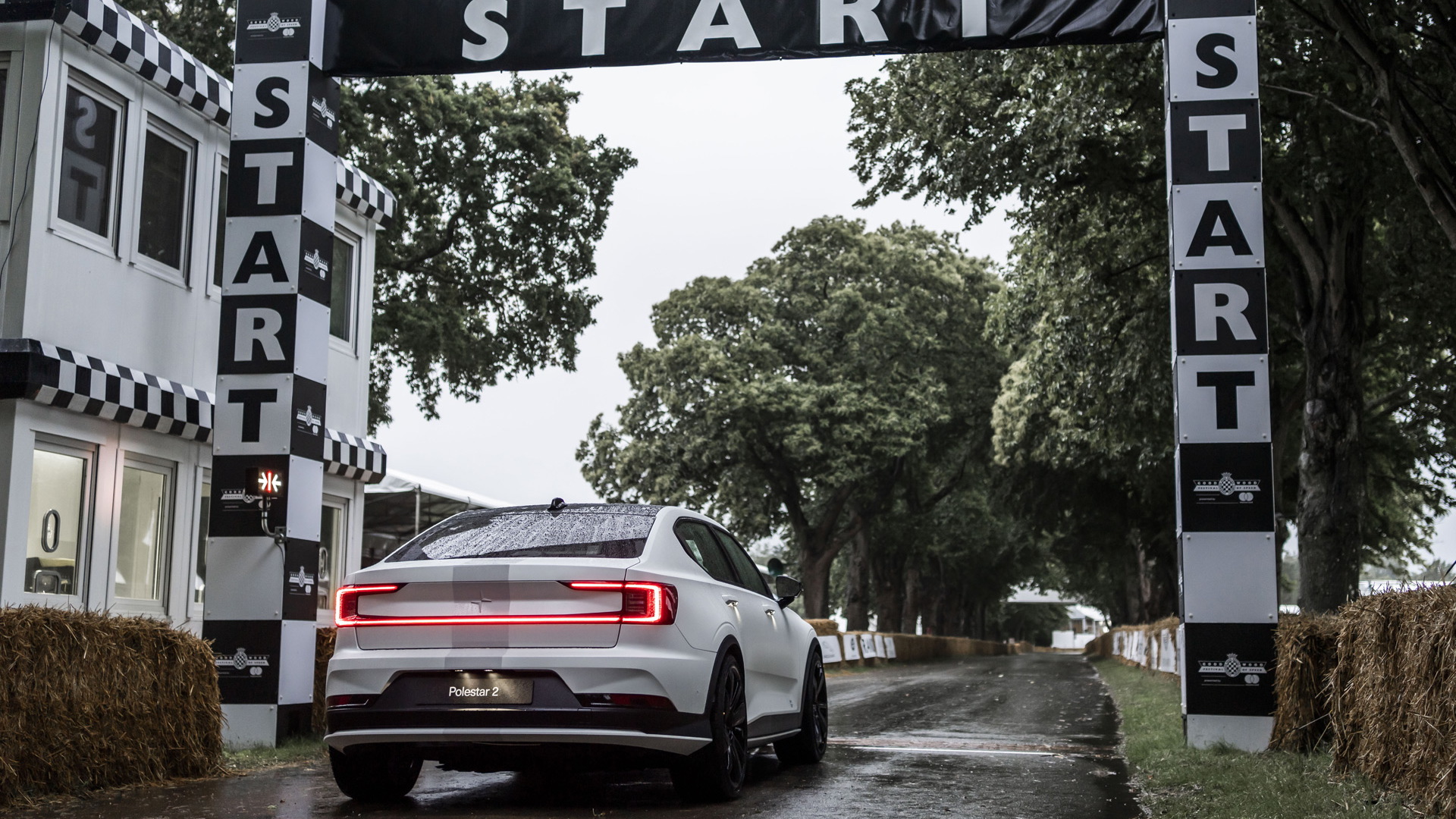 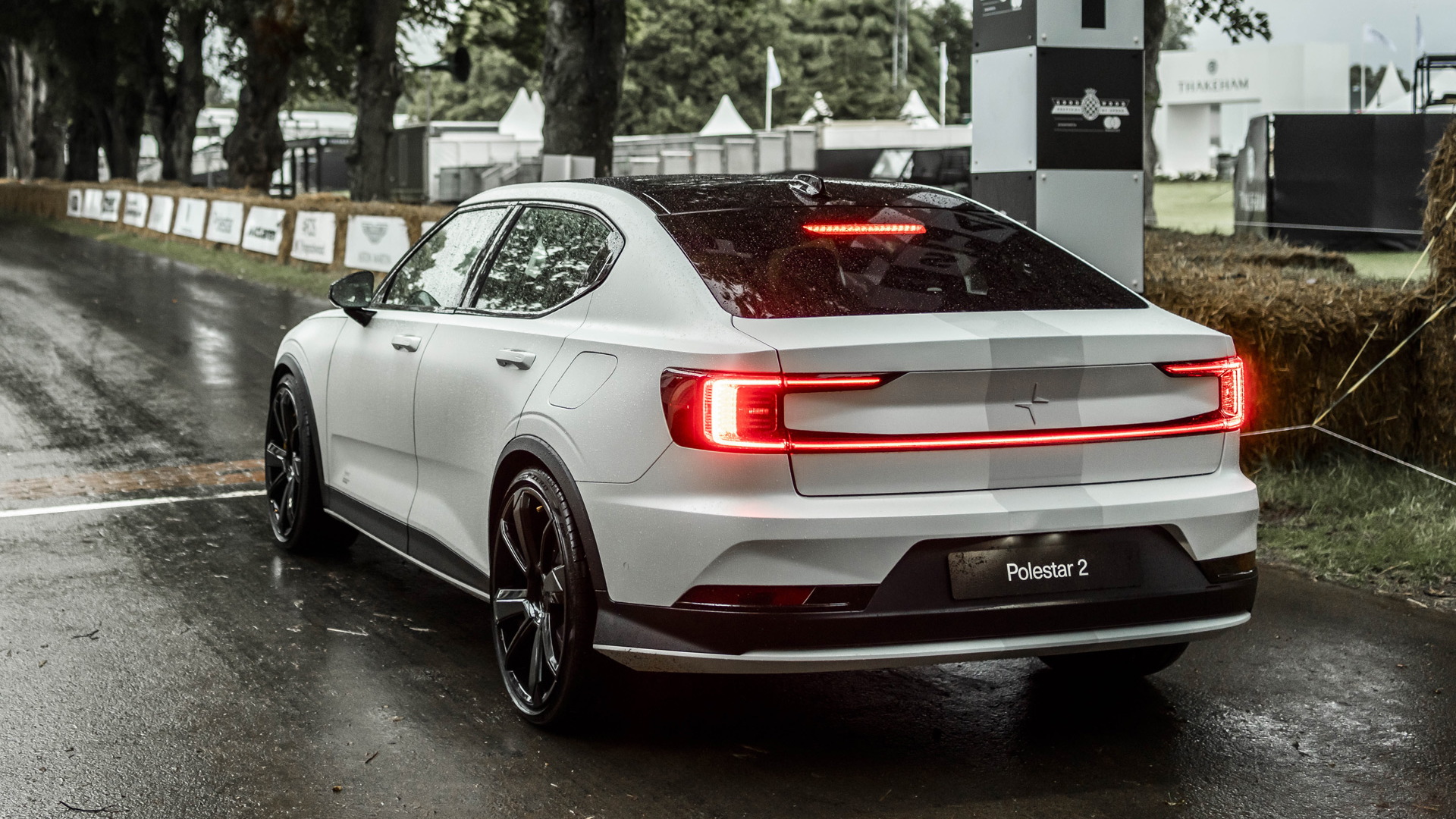 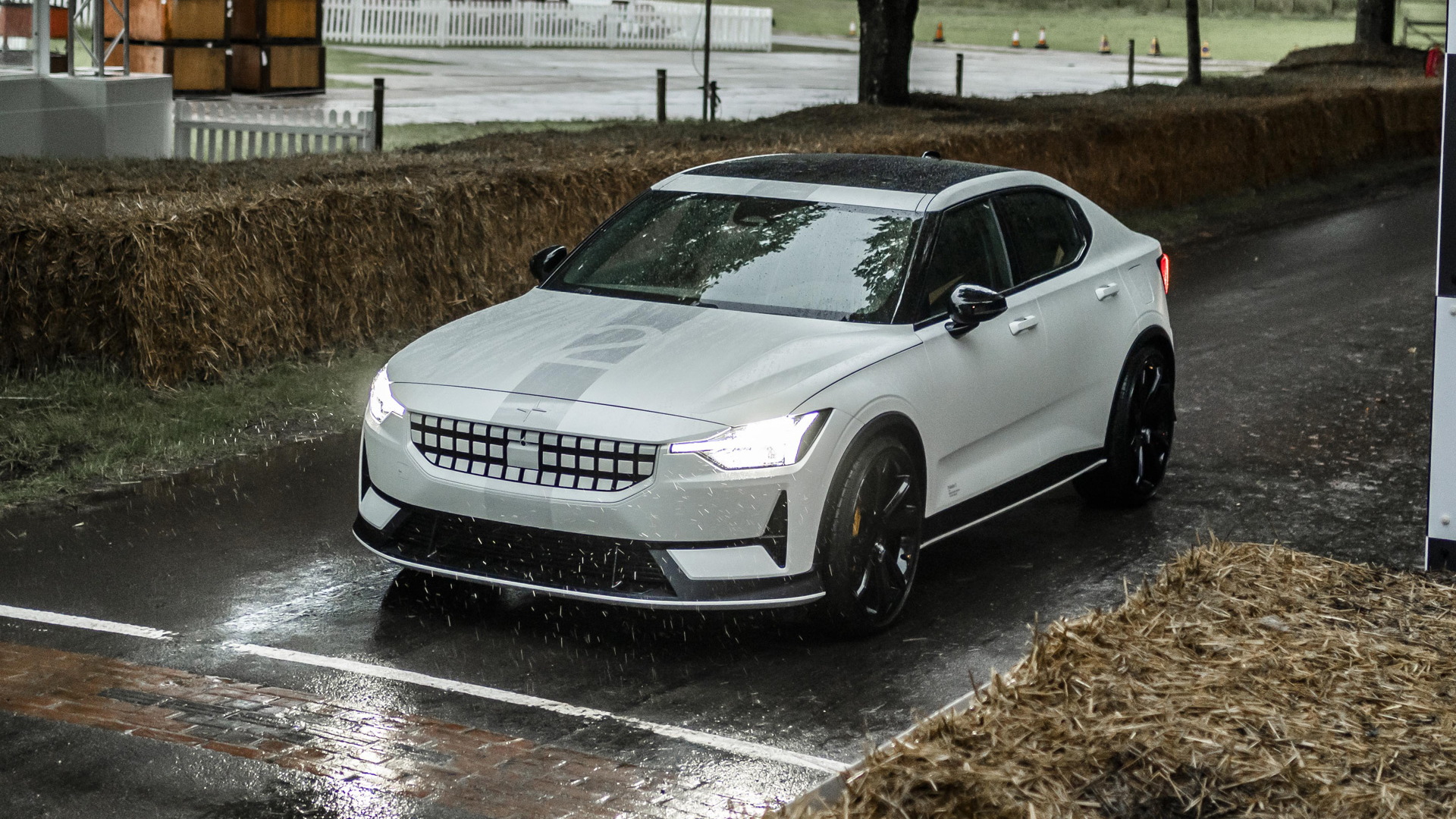 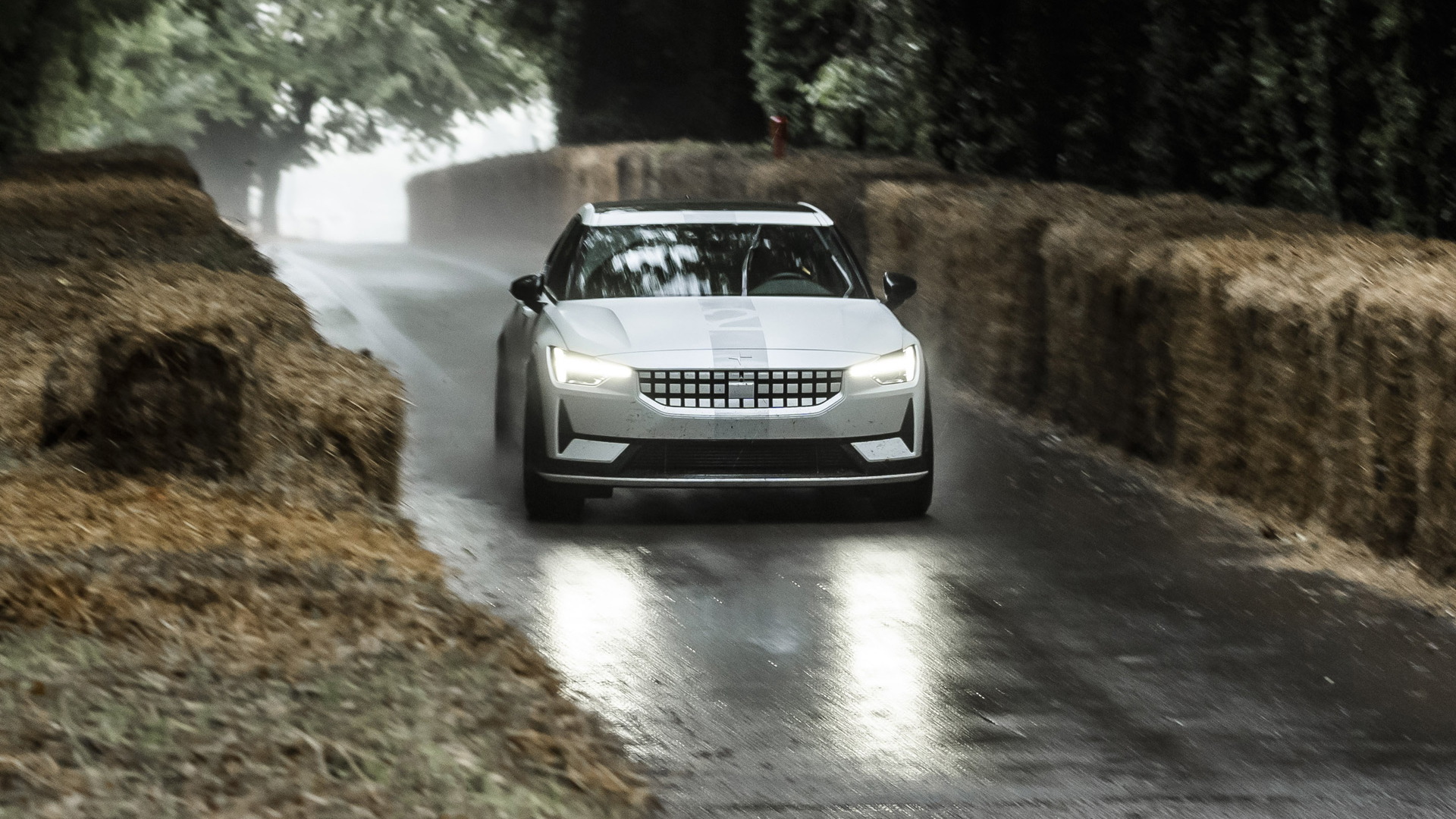 Sweden's Polestar used this week's 2021 Goodwood Festival of Speed in the United Kingdom to unveil a more hardcore version of its Polestar 2 electric fastback.

Polestar described the car as an experimental version, though it may hint at a more extreme production model coming down the line.

The Polestar 2 arrived on the scene last year, initially as a special Launch Edition with a dual-motor all-wheel-drive system generating a peak 408 hp. Polestar has since launched a regular model with the 408-hp powertrain, as well as a new base model with a single electric motor generating 231 hp.

Polestar was born out of a race team that eventually become the in-house tuner for Volvo, so you can count on the company upping the ante of its fleet in the near future. The Polestar 2 experimental version hints at what's possible.

The powertrain is a dual-motor setup with 469 hp on tap, or close to the output of the Tesla Model 3 Performance. Torque is also up, meaning acceleration should be quicker than the roughly 5.0 seconds it takes for the 408-hp model to hit 60 mph from rest.

The car's chassis has also been given a thorough makeover. The track has been widened by 10 millimeters on each side and the ride height lowered by 30 millimeters. Other upgrades include stiffer suspension springs and dampers, as well as a carbon-fiber strut bar up front borrowed from a Volvo S60 Polestar Engineered. A custom strut bar was added to the rear, and together these increase overall rigidity.

New wheels measuring 9x21 inches were also fitted to the car. They are wrapped in 275/30-size Pirelli P Zero Rosso tires, the same rubber found on the more powerful Polestar 1.

Polestar also enhanced the look of the vehicle by adding more aggressively styled front and rear fascias, as well as a matte silver racing stripe. Flared fenders and black accents complete the look.

Polestar’s lead chassis engineer, Joakim Rydholm, is at Goodwood to demonstrate the performance of the Polestar 2 experimental version. The event runs until July 11, and you can follow our full coverage over at our dedicated hub.