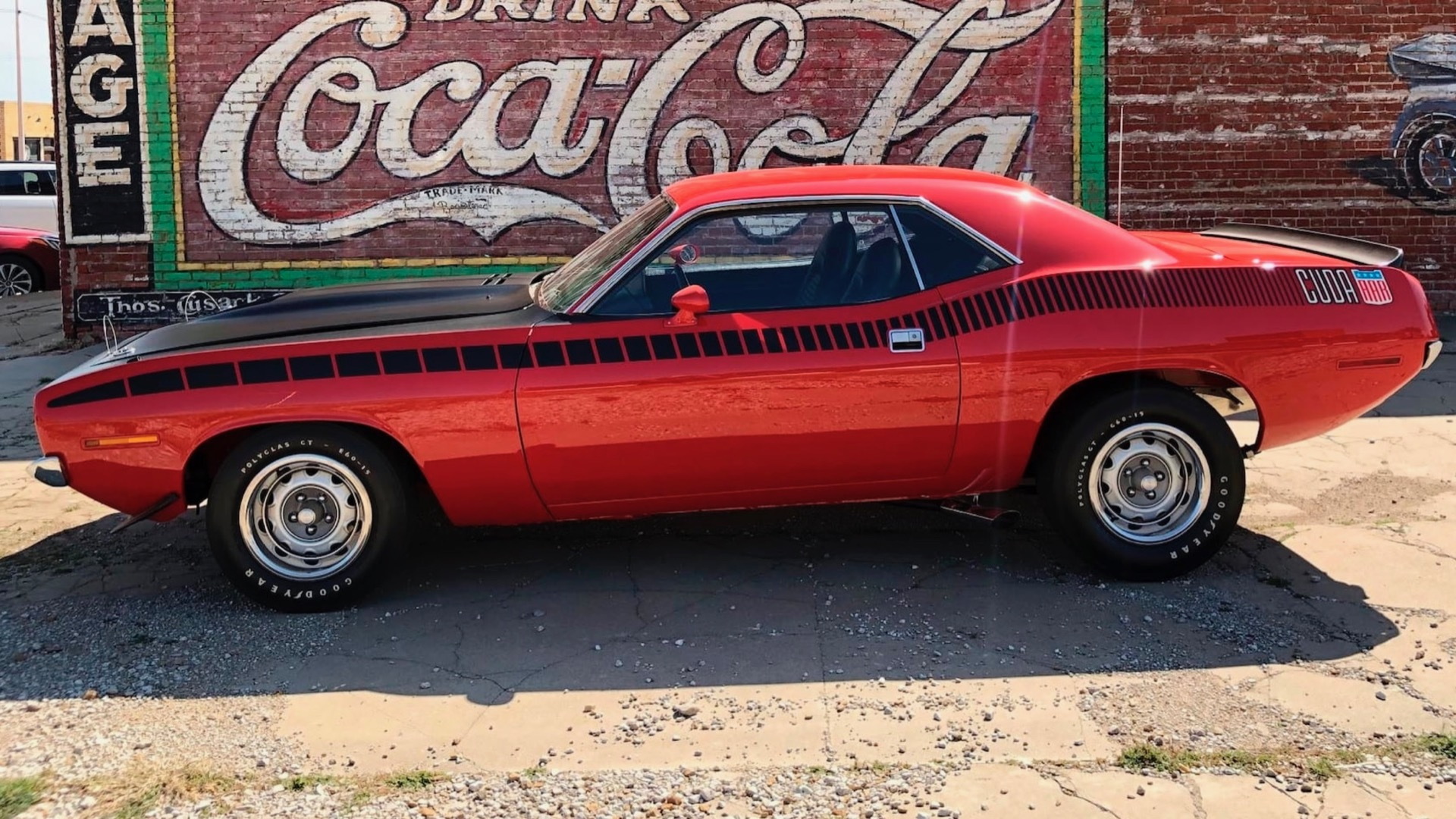 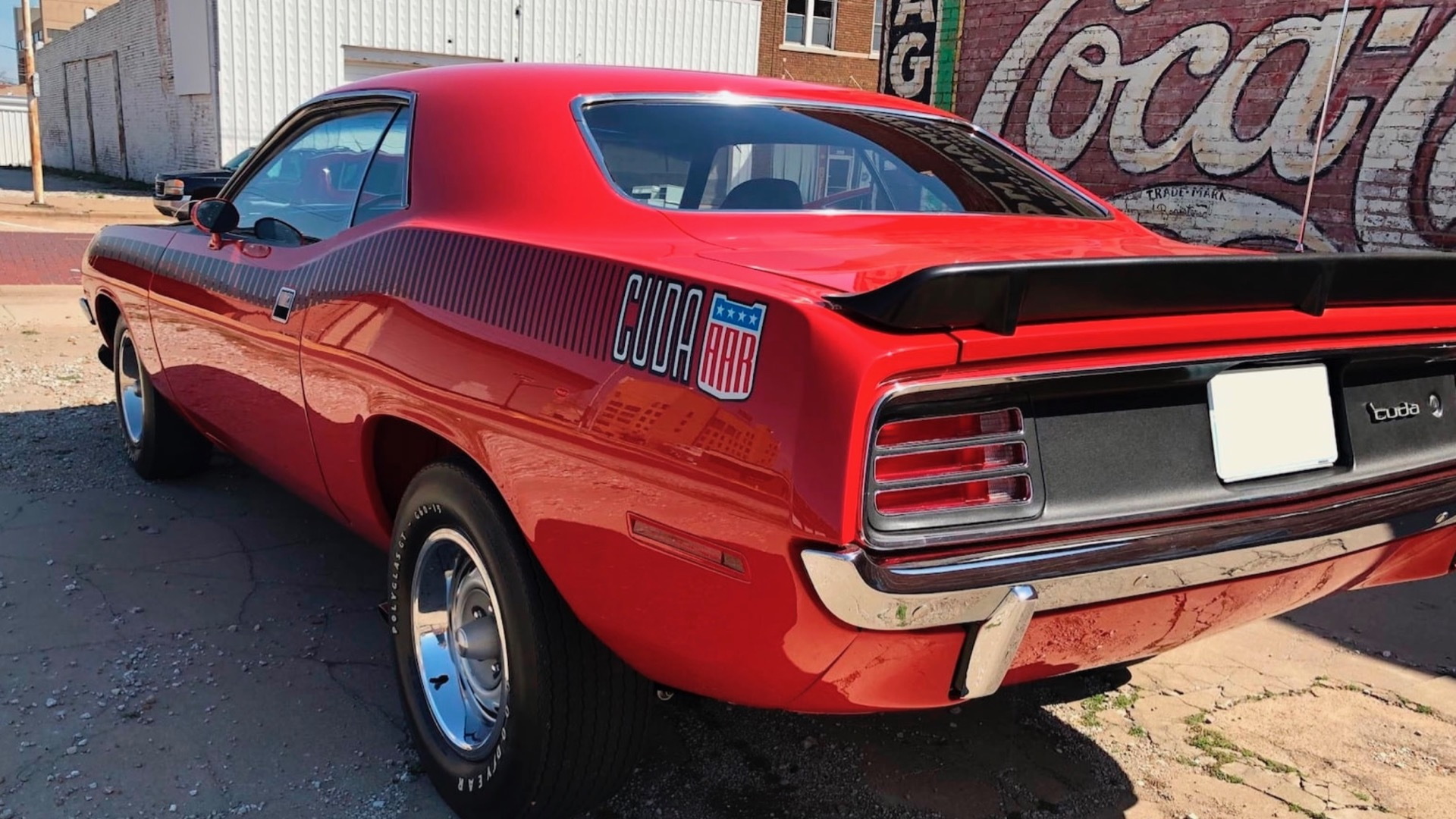 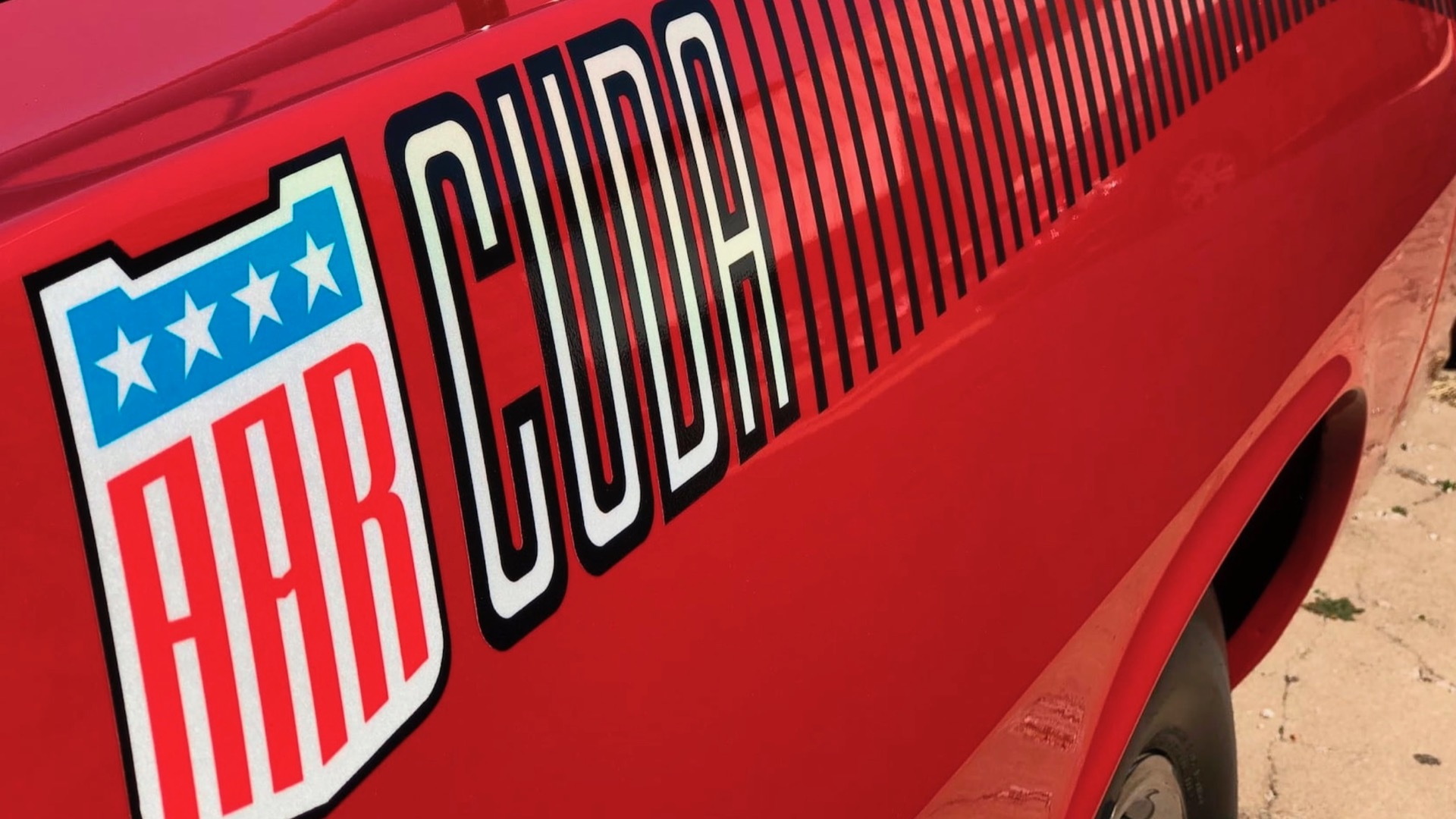 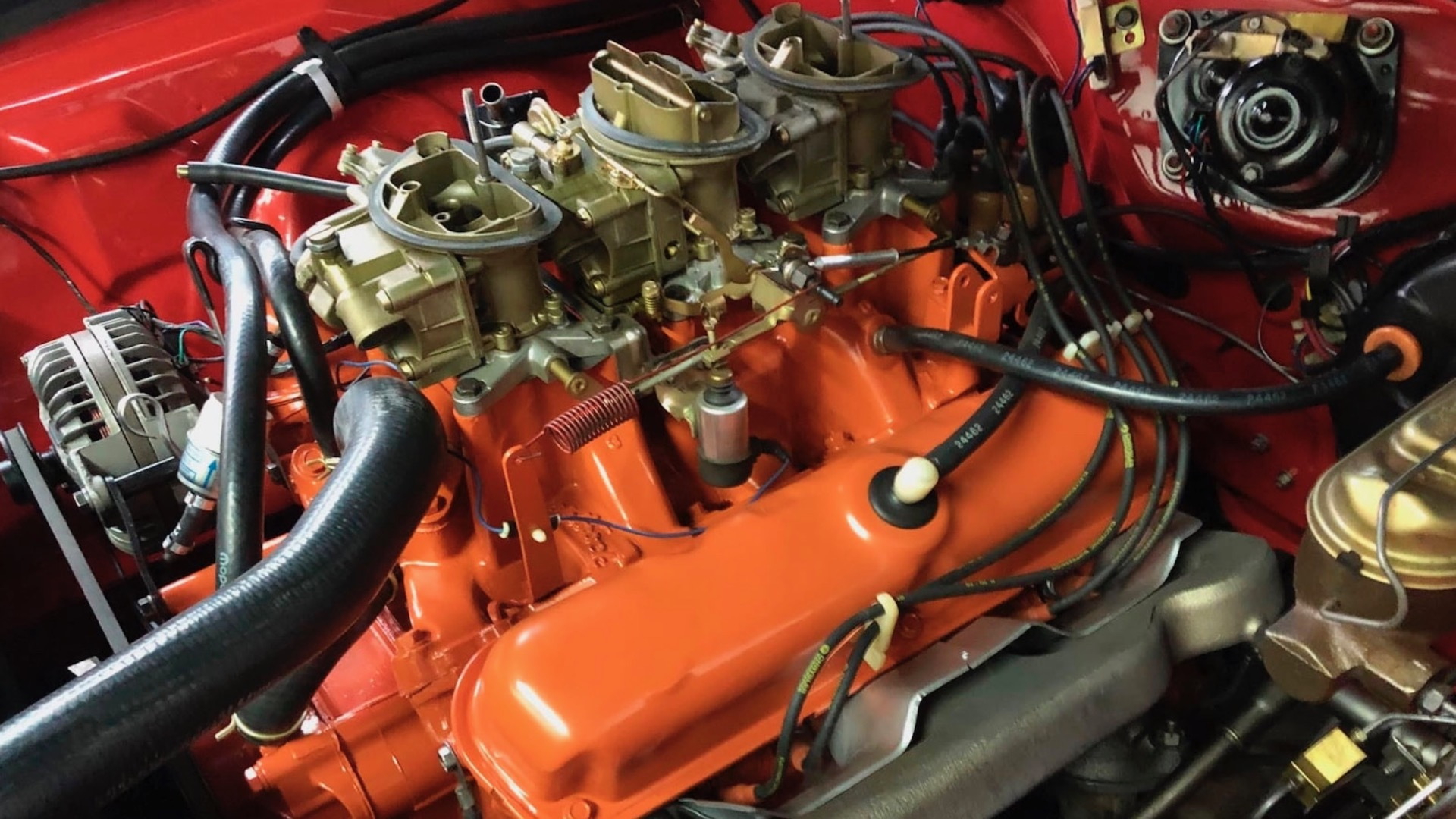 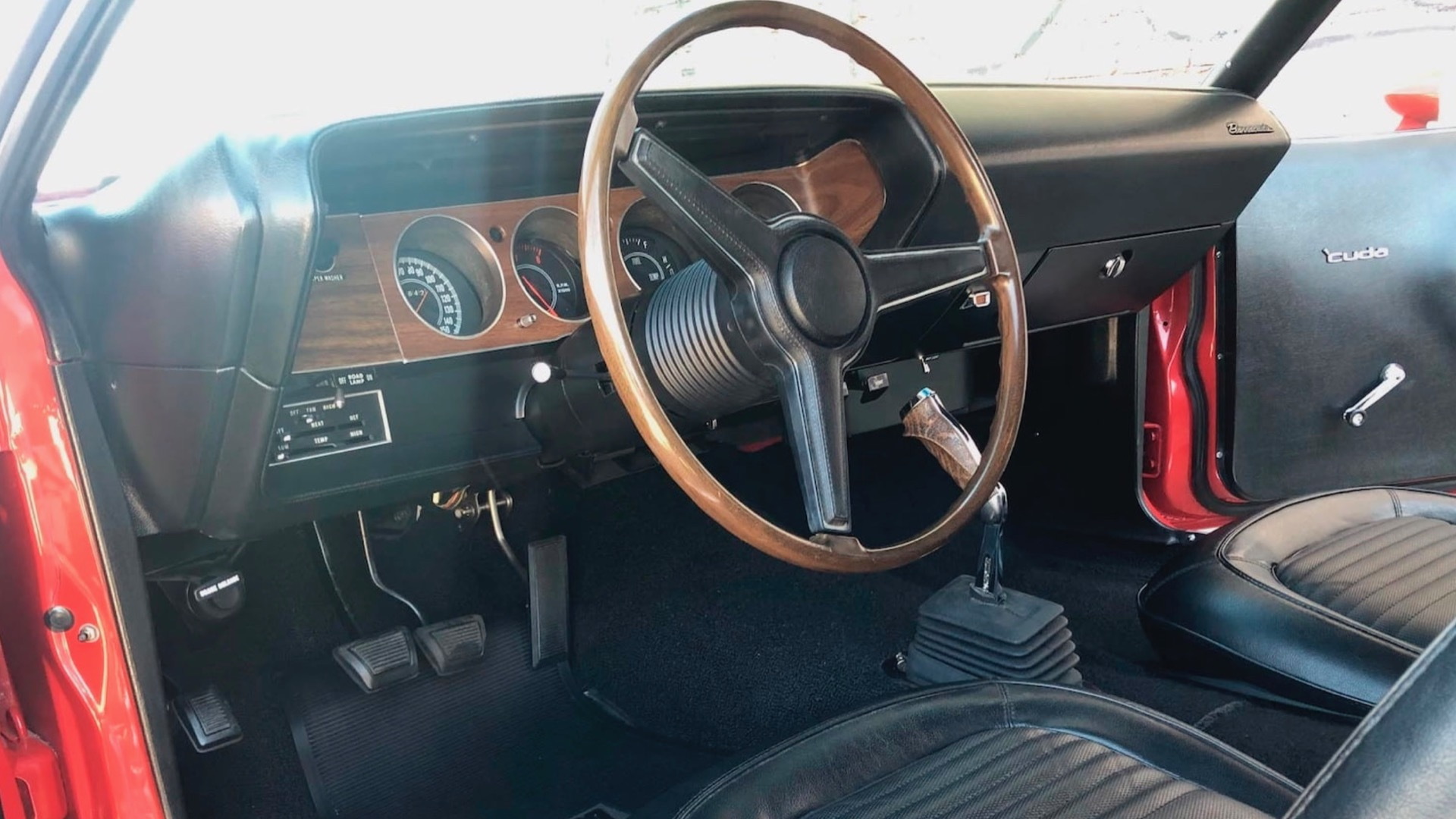 The golden age of muscle cars was chock full of homologation specials designed to makes cars eligible for different forms or racing. One of those cars was the 1970 Plymouth AAR 'Cuda. A restored example of this rare muscle car is heading to the Mecum Auctions Tulsa, Oklahoma, sale, scheduled for June 11-12.

"AAR" stands for "All American Racers," the Dan Gurney-led race team that, among other racing exploits, campaigned 'Cudas in the SCCA Trans Am series. In the late 1960s and early '70s, Trans Am was at the height of its popularity, with factory-backed Mustangs, Camaros, Challengers, and even AMC Javelins competing in the series alongside the Plymouth.

While Trans Am cars were heavily modified, they still mostly retained their stock appearance, adding to the series' appeal. The SCCA also required manufacturers to sell comparable road cars, which is how we got the original Ford Mustang Boss 302, Chevrolet Camaro Z/28, and Dodge Challenger T/A. The 'Cuda AAR was Plymouth's answer to those cars.

One of several performance versions of the Plymouth Barracuda (all of which got the shortened 'Cuda name beginning in 1970), the AAR was powered by 340-cubic-inch V-8 that made 290 hp. That was a pretty small engine by period muscle-car standards, but was required for SCCA homologation. Power was sent to the rear wheels through a 4-speed manual transmission.

While the 'Cuda shared a platform with the Dodge Challenger, the two Chrysler brands were still Trans Am rivals. Neither scored a manufacturer's championship, though, and both withdrew after the 1970 season. The Barracuda/'Cuda was discontinued after the 1974 model year. Rumors of a Barracuda comeback occasionally circulate, but, with the Plymouth brand now dead as well, that seems unlikely.

This AAR 'Cuda was treated to a rotisserie restoration, and has accompanying documentation, according to the listing. It won't be the only 'Cuda crossing the block at Mecum's Tulsa auction, as a 1970 440-6 model will also be up for grabs. Mecum doesn't provide pre-auction estimates, but given recent 'Cuda sales, don't be surprised if both cars fetch big money.