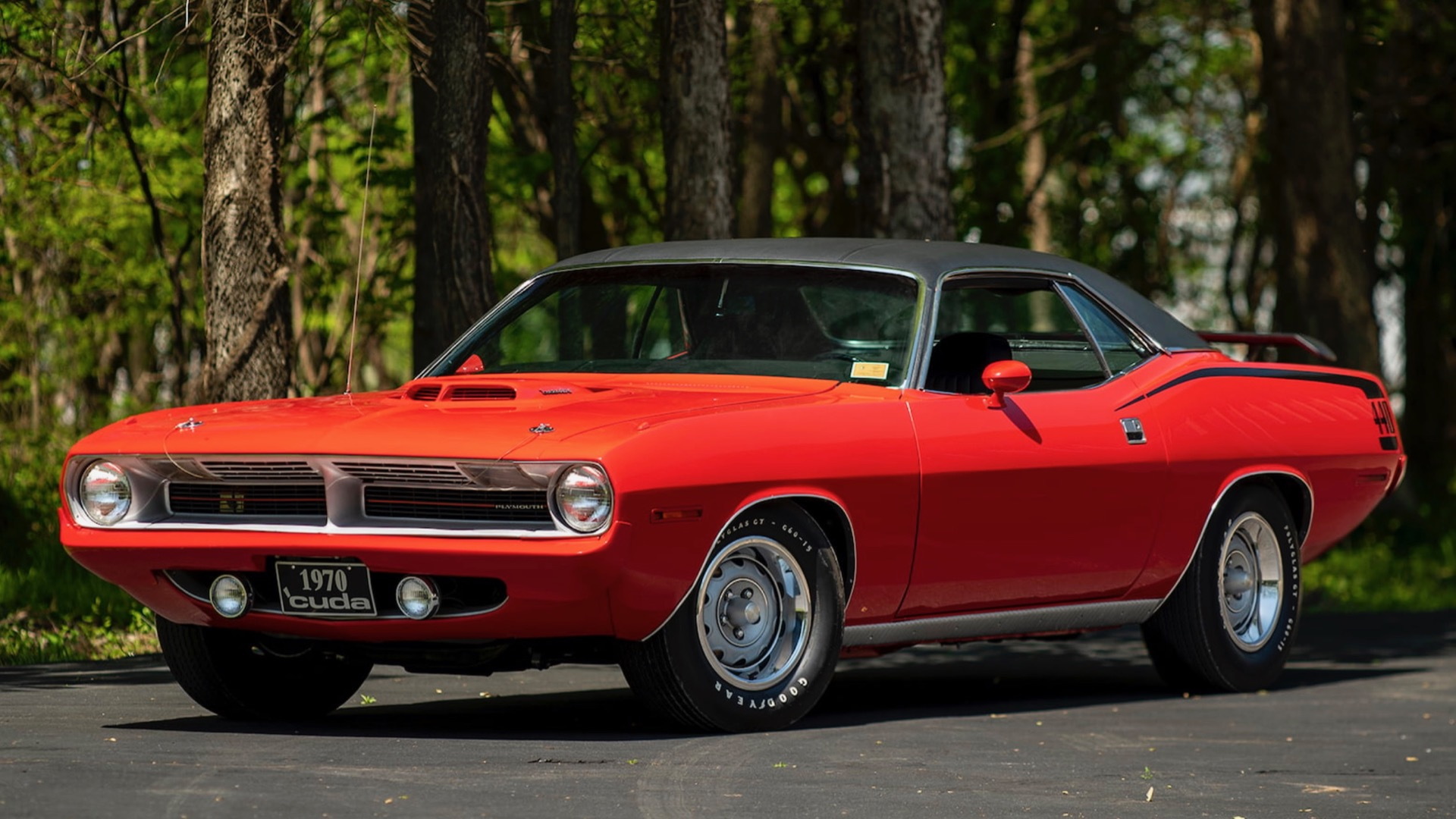 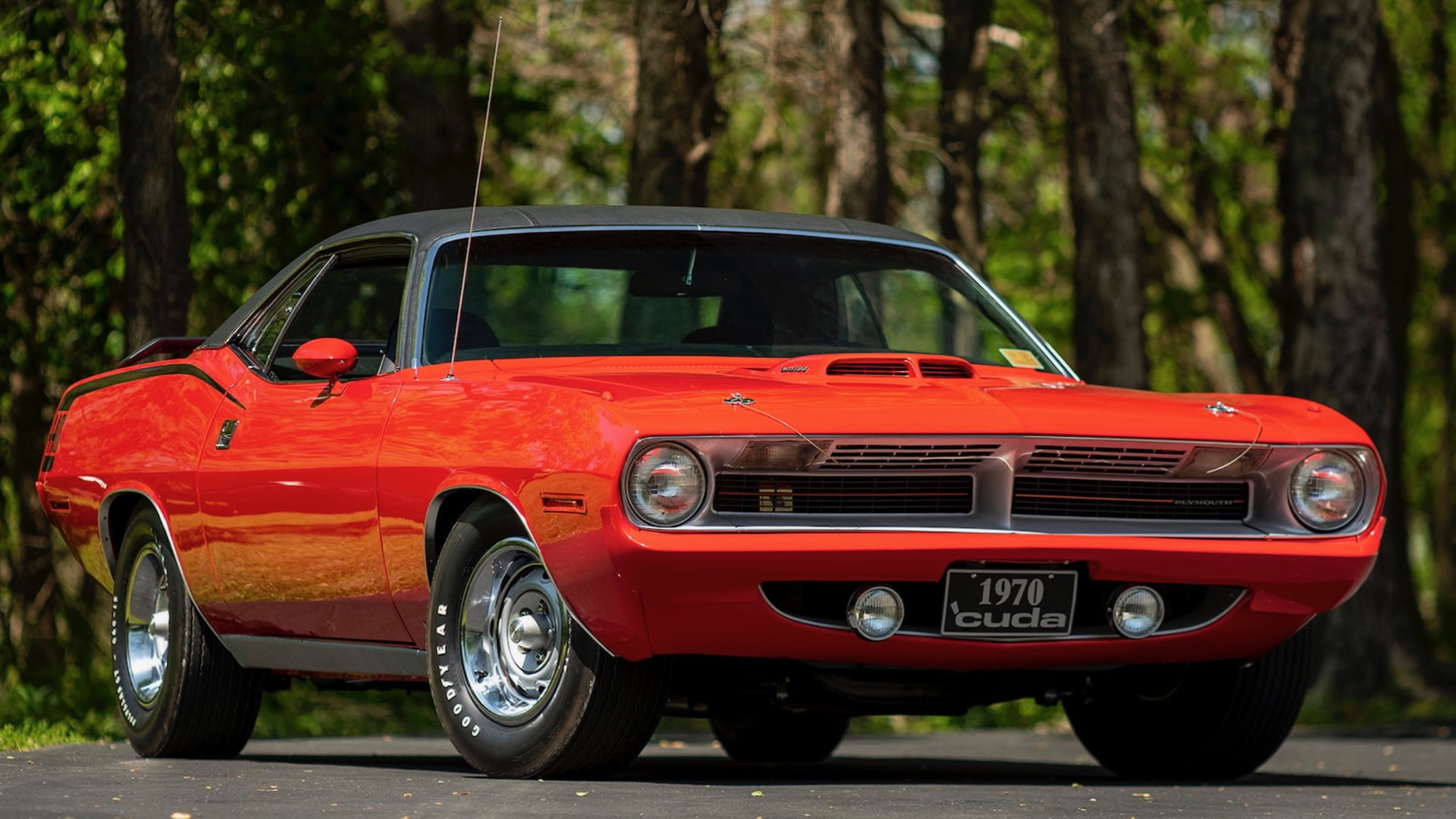 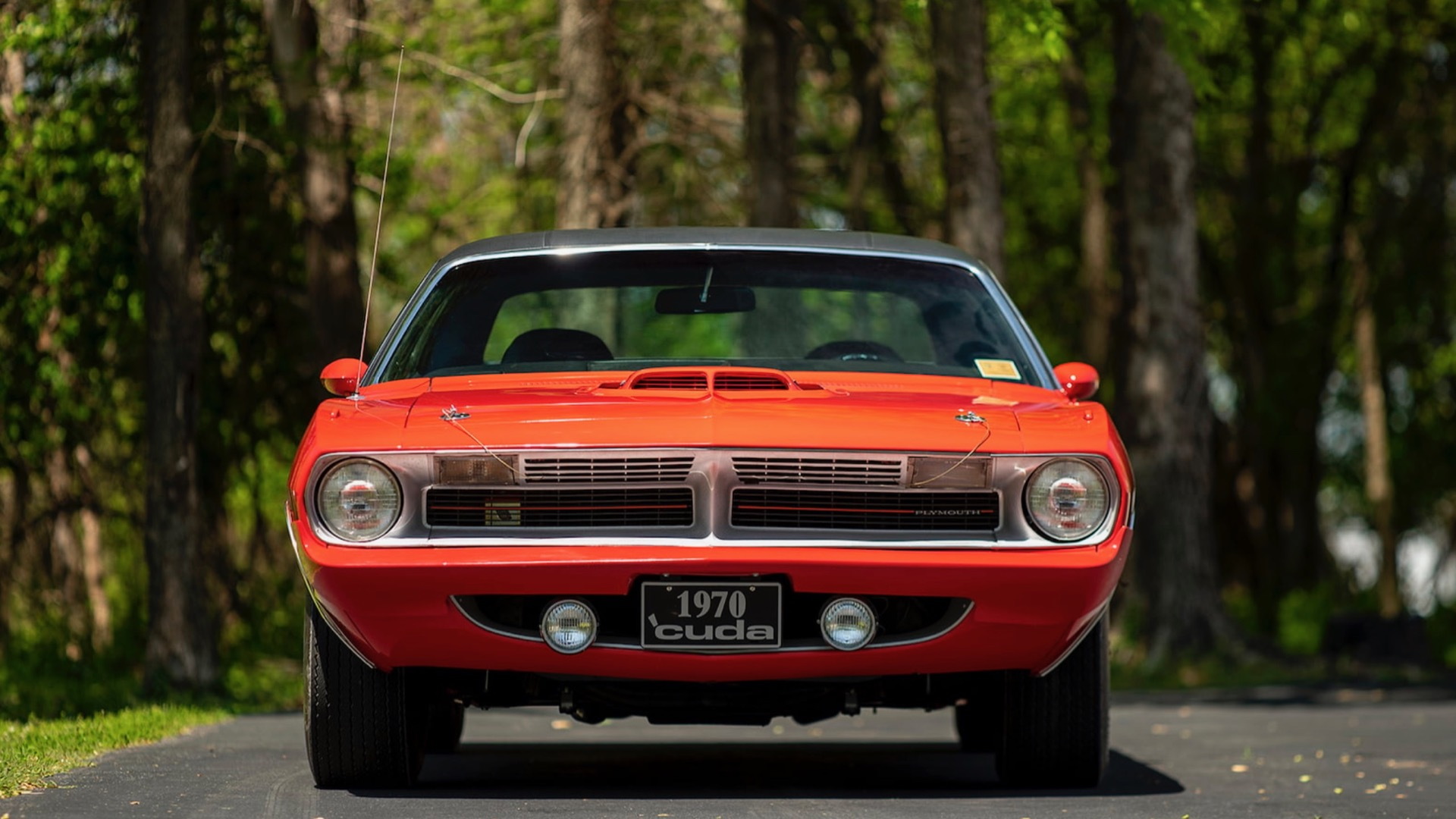 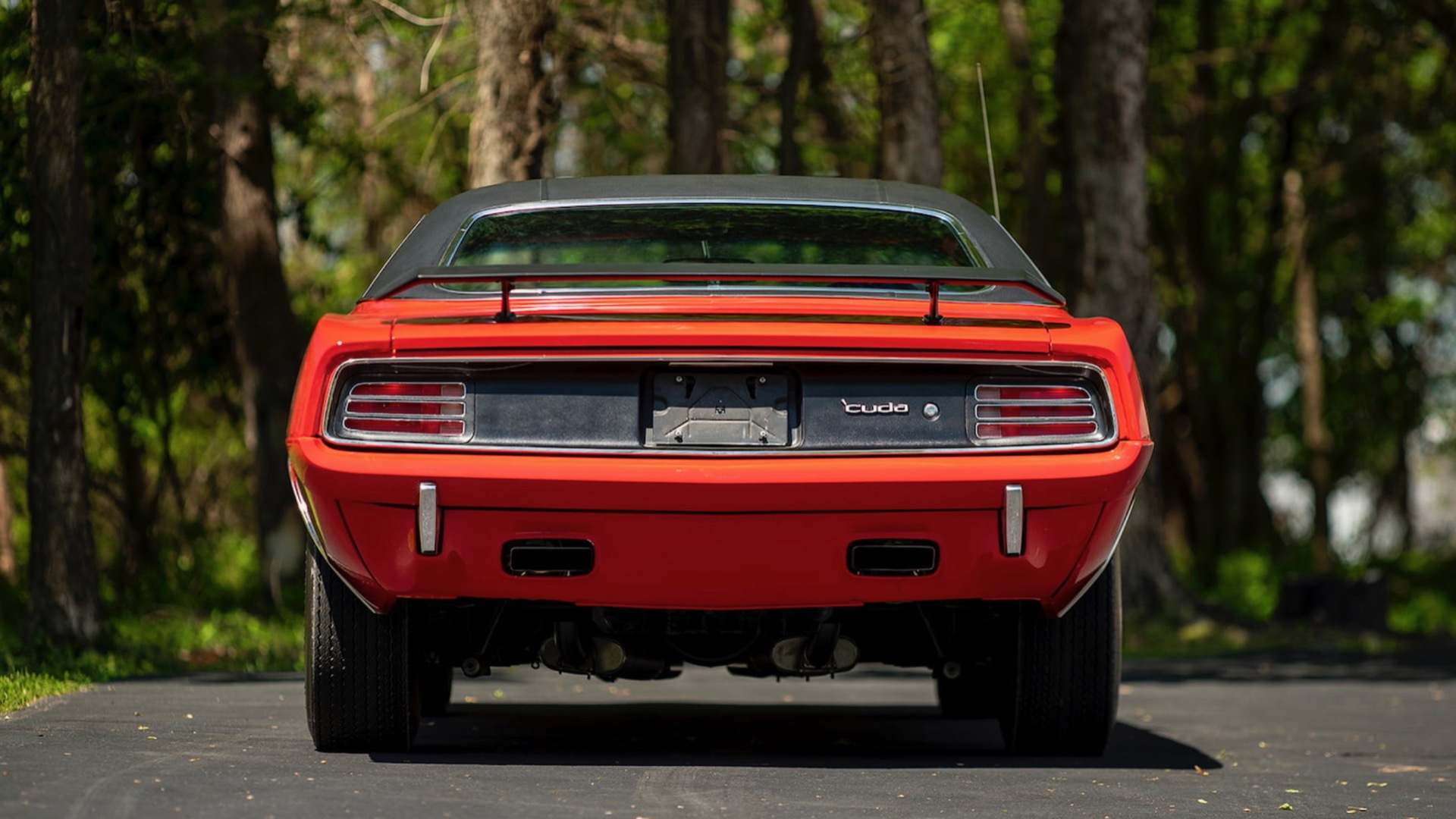 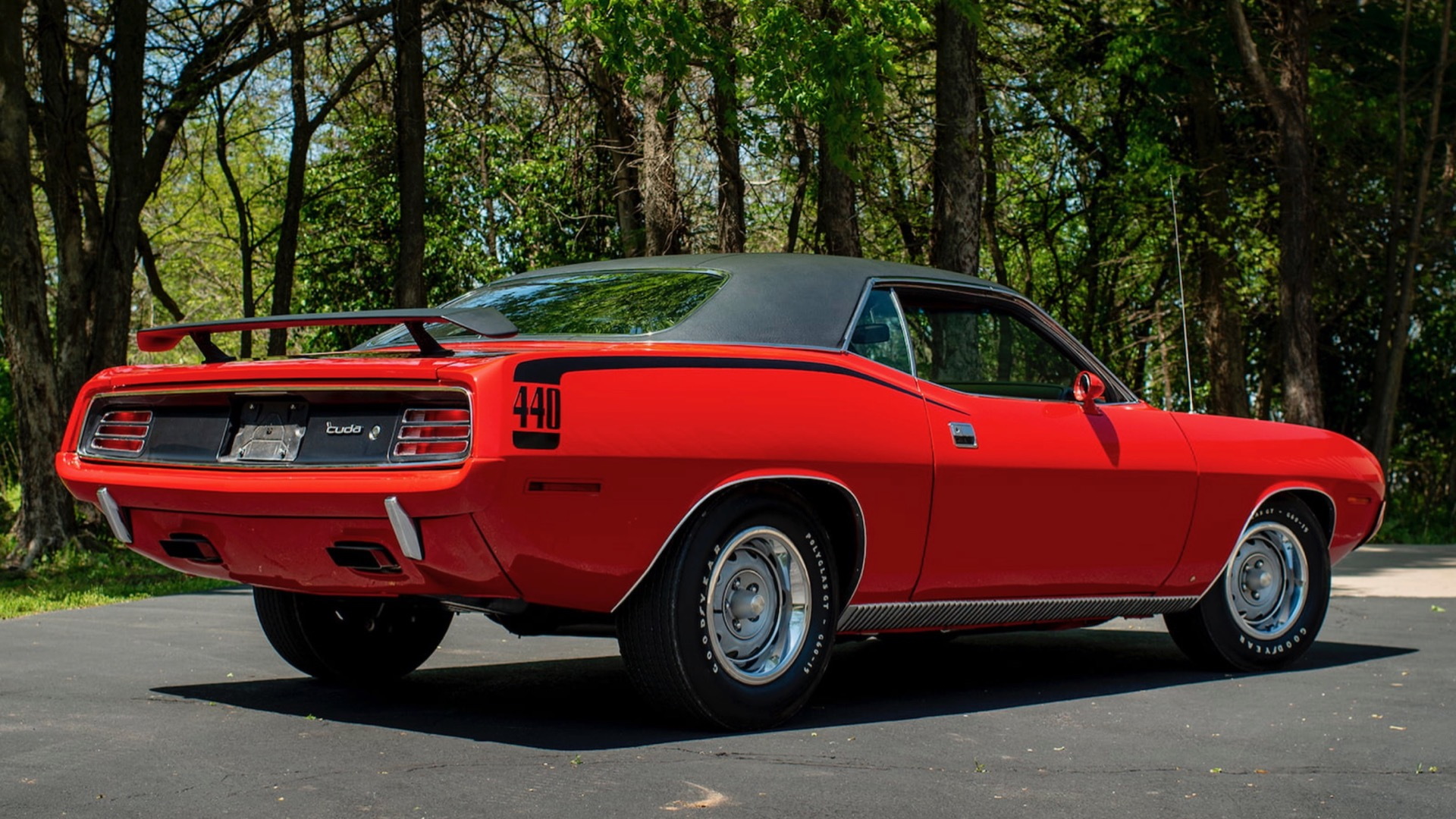 A rare 1970 Plymouth 'Cuda is scheduled to cross the block at Mecum Auctions' Tulsa, Oklahoma, sale, which runs June 11-12. No, it doesn't have a Hemi, but this 'Cuda is still highly collectible.

That's because this 'Cuda is a V-Code car, meaning it has the other legendary Mopar engine from the golden age of muscle cars. It's a 440-cubic-inch V-8 with 6-barrel carburetion, or "440-6" in Mopar jargon. It makes a factory-rated 390 hp, and drives the rear wheels through a 3-speed automatic transmission.

This car was used as a dealer demonstrator, according to the listing. It's also heavily optioned, boasting power steering, power brakes, a Shaker hood, and the A36 Performance Axle Package. The configuration makes it more valuable, as does the thorough documentation, including two window stickers and four binders of files, according to the listing.

The Plymouth Barracuda (performance versions got the shorter 'Cuda name beginning in 1970) was a competitor for the Ford Mustang, although it actually launched just before the Ford. The Mustang made the idea stick, though, which is why we still call cars like this pony cars rather than fish cars.

The 1970 model year marked the debut of a new Barracuda/'Cuda body style, twinned with the first-generation Dodge Challenger. This was also the last generation of the Barracuda, as the car was discontinued after the 1974 model year. Rumors of a Barracuda resurrection occasionally circulate, but with the Plymouth brand now dead as well, that seems unlikely.

Today, the 'Cuda is one of the most collectible muscle cars, with pristine examples regularly fetching millions of dollars at auction. Mecum doesn't provide an estimate of what this car will go for, so it should be interesting to learn the final figure.