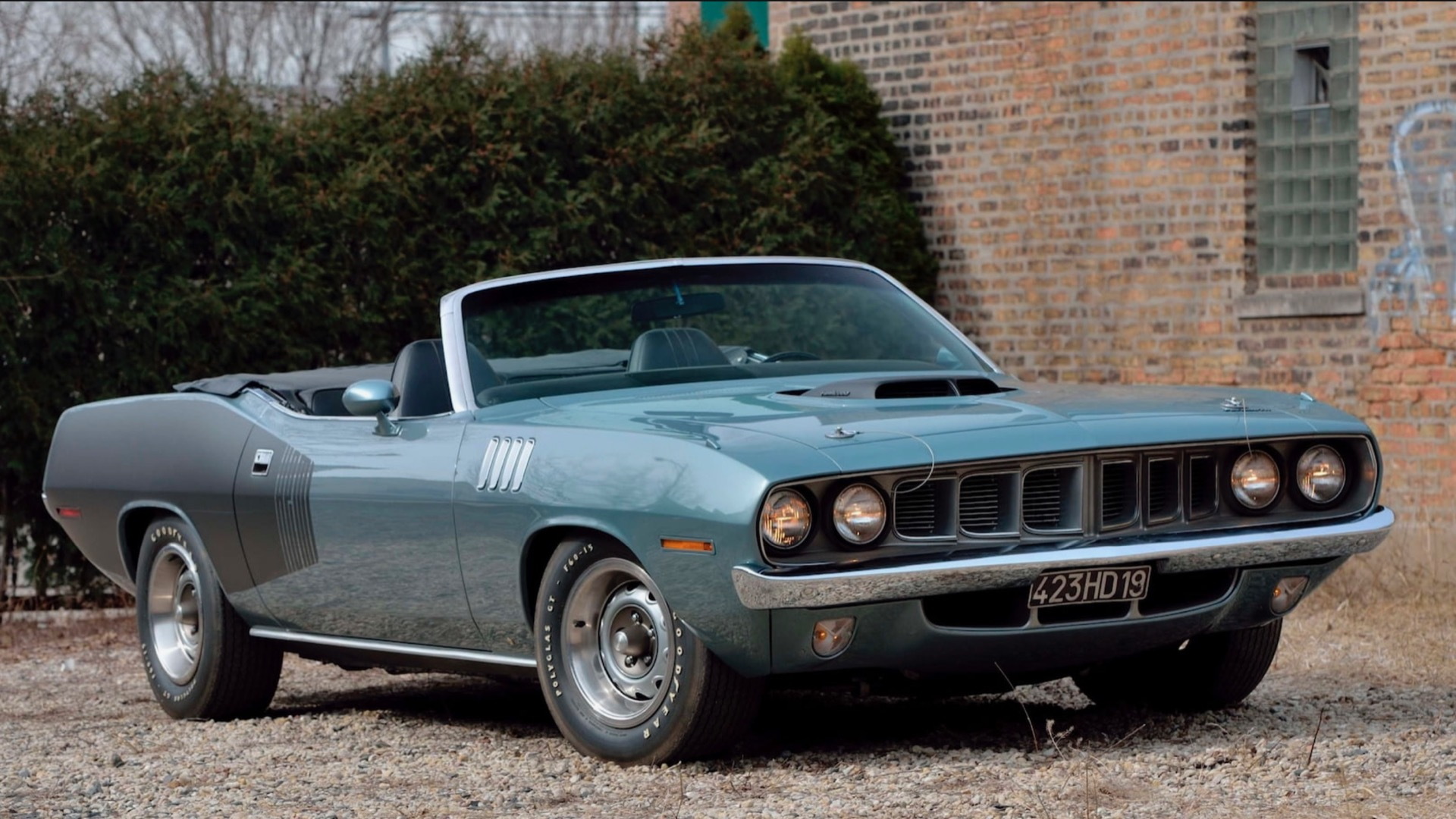 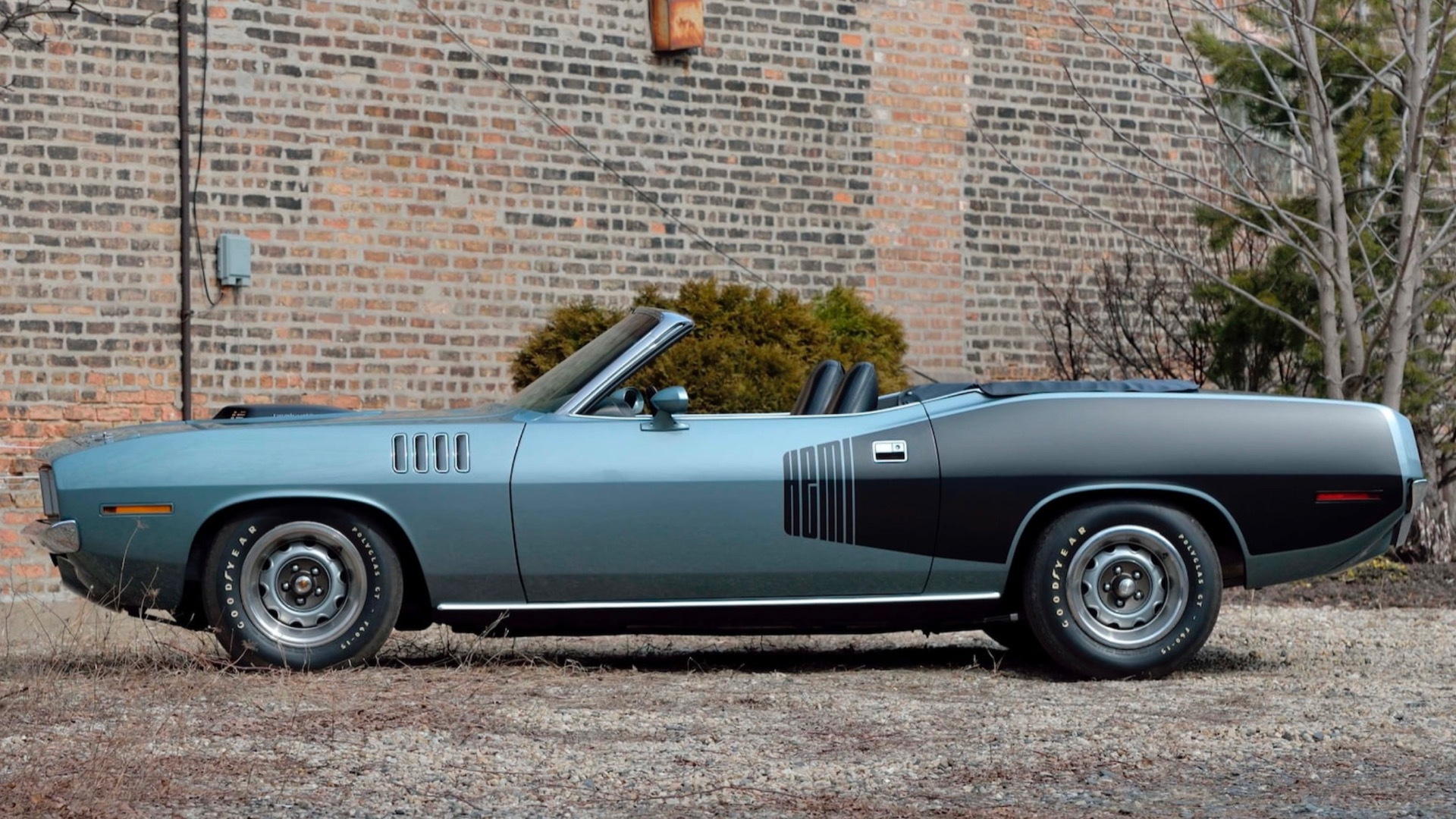 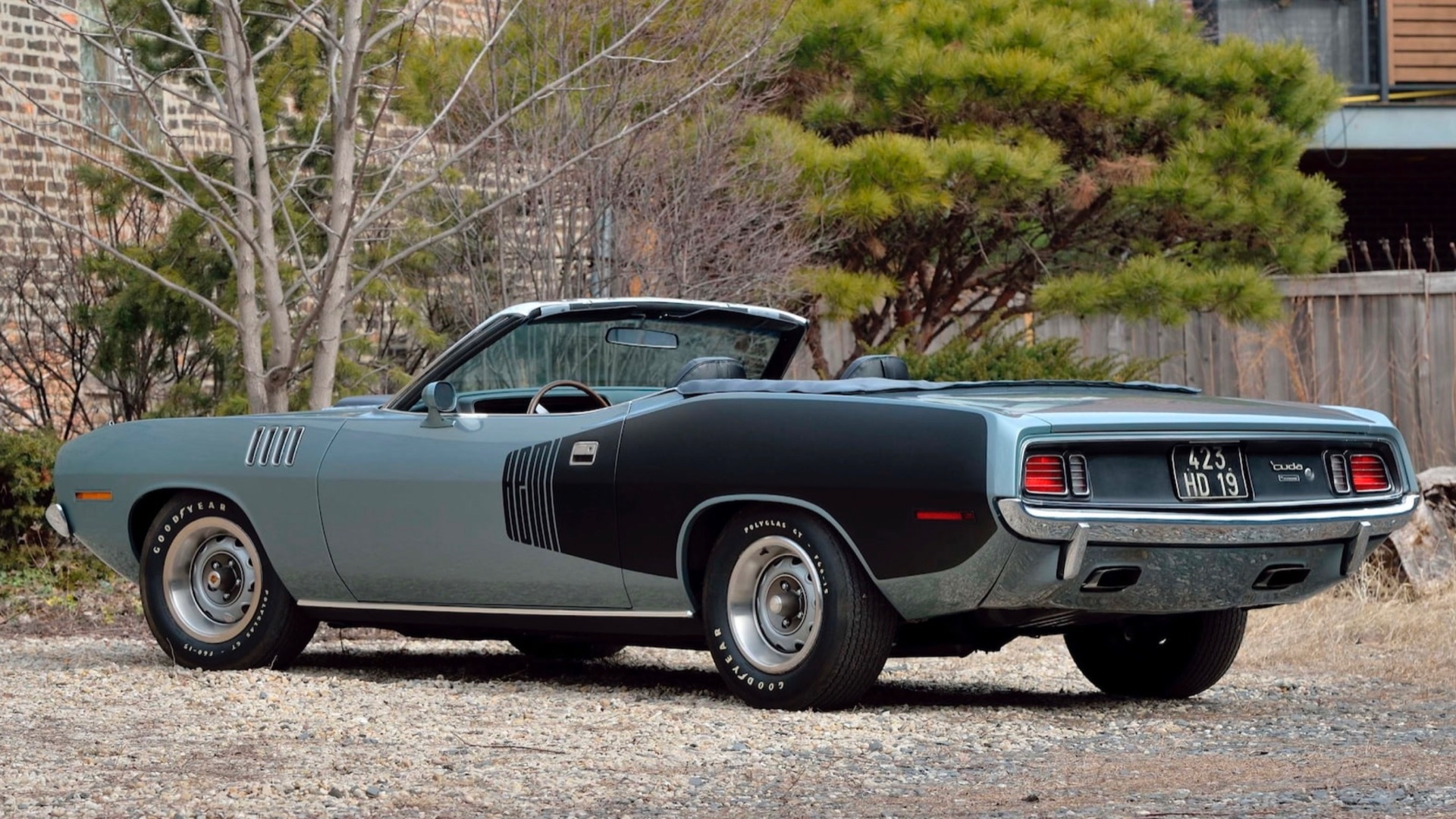 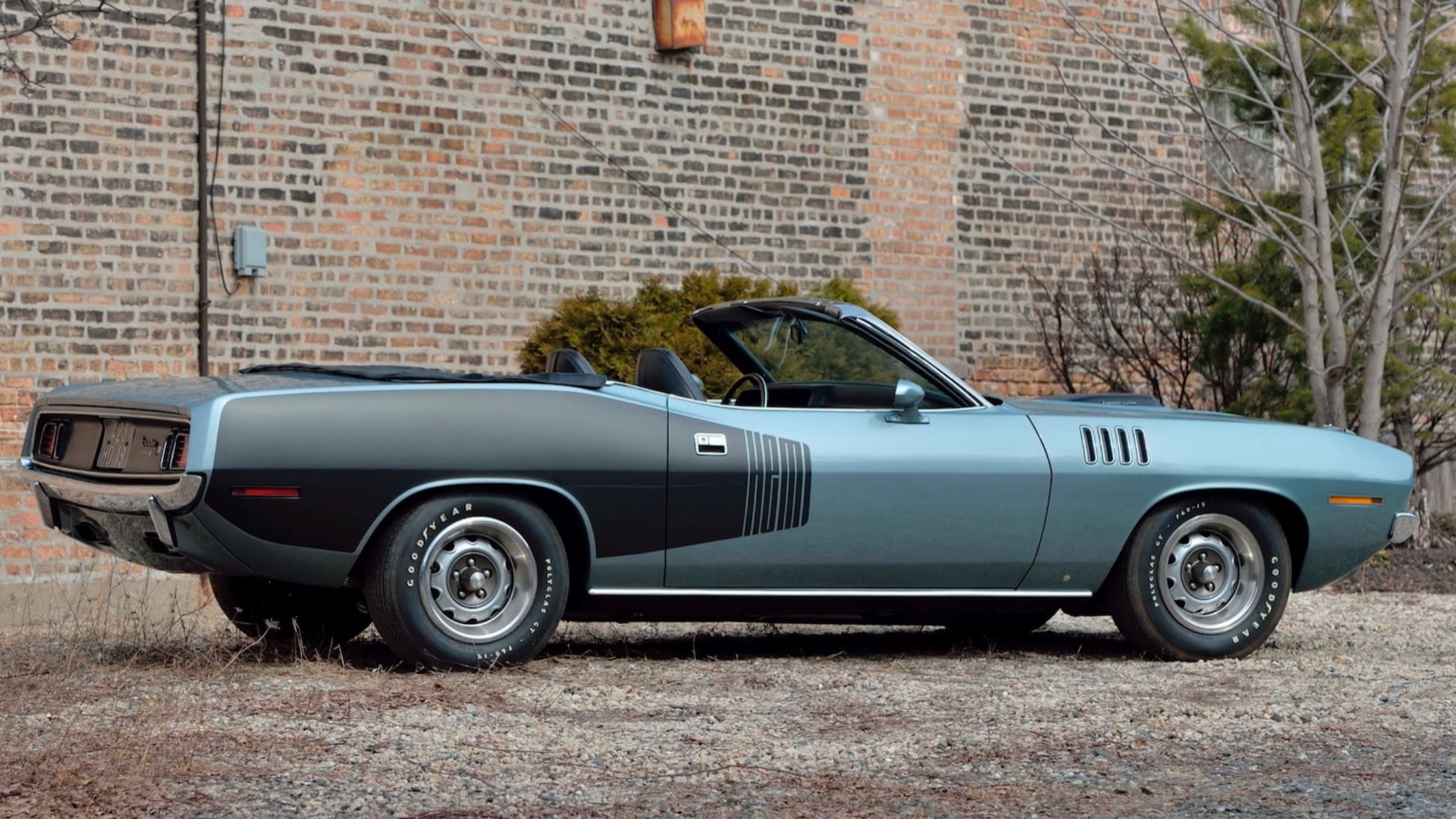 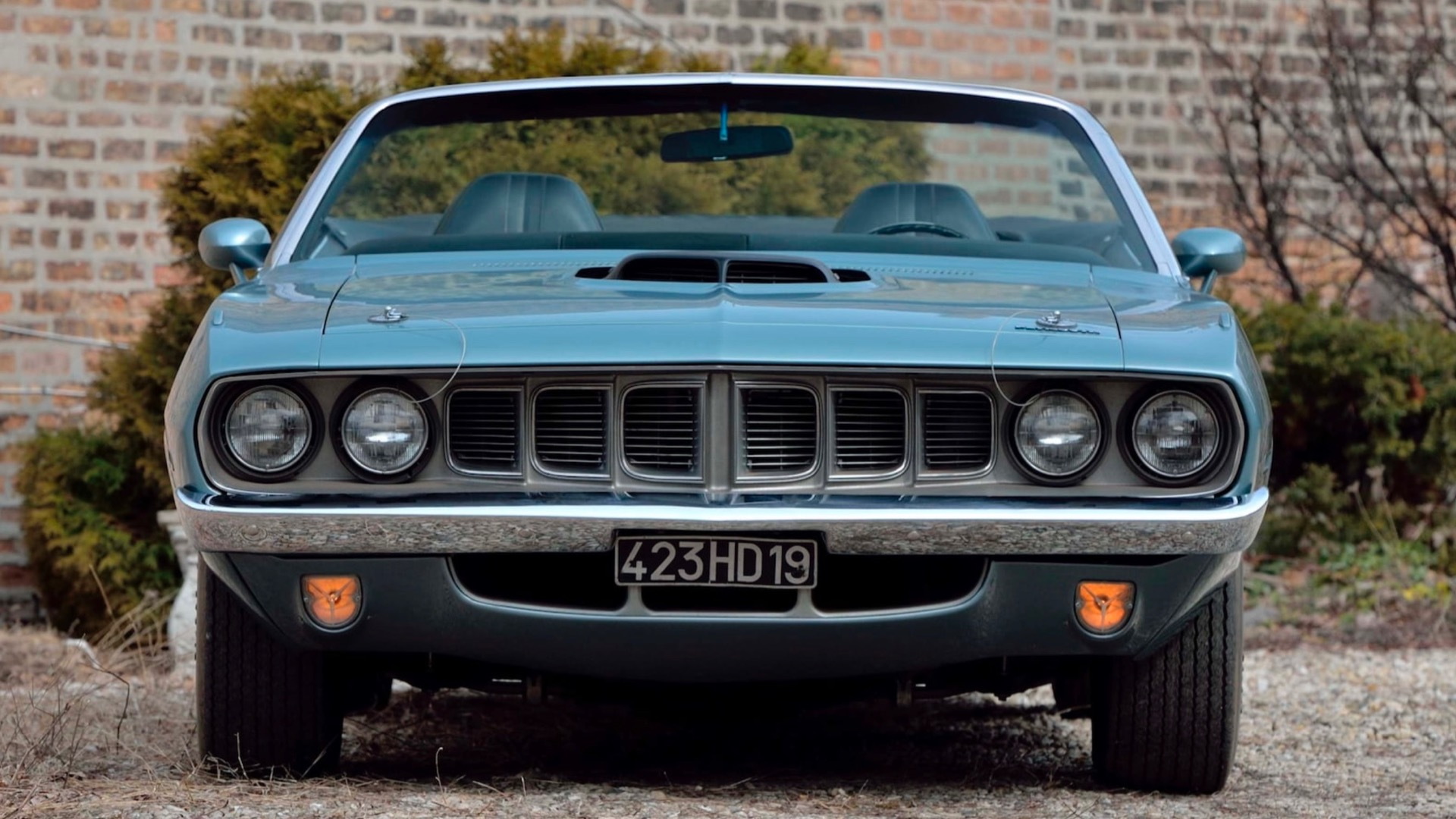 The 1971 Plymouth Hemi 'Cuda Convertible is one of the rarest and most desirable muscle cars, the kind that's almost guaranteed to start a bidding war at any auction. So it will be interesting to see how much this one sells for when it crosses the block at Mecum's auction in Indianapolis, Indiana, running May 14-22.

The Plymouth Barracuda (performance versions got 'Cuda nomenclature beginning in 1970) was the brand's competitor to the Ford Mustang, meaning entry-level versions were priced affordably, and produced in large numbers. However, few cars got the 426-cubic-inch Hemi V-8 engine. Even fewer were convertibles.

Just 12 Hemi 'Cuda Convertibles were built for the 1971 model year, including seven for the United States and five for export, according to the listing. In addition, this is one of only three cars equipped with the factory A833 4-speed manual transmission, and it's the only 1971 Hemi 'Cuda Convertible painted Winchester Gray.

Both the transmission (which has a Hurst Pistol Grip shifter) and the Hemi V-8 are original to the car—further increasing its value. The car also sports a 3.54 Sure Grip rear differential, the Rallye dash (which added a tachometer), "Hemi" graphics, and a Shaker hood scoop.

This car was originally delivered to France, but was repatriated to the U.S. in 1993, and then spent about 20 years in a private collection. Today, the convertible is in largely original condition, according to the listing. Its metric odometer currently shows 98,553 kilometers—about 60,000 miles.

Plymouth Hemi 'Cudas regularly sell for millions of dollars at auction. A pair of Hemi 'Cuda Convertibles fetched more than $2 million each at a 2016 Mecum auction, while another sold for $3.5 million in 2014.