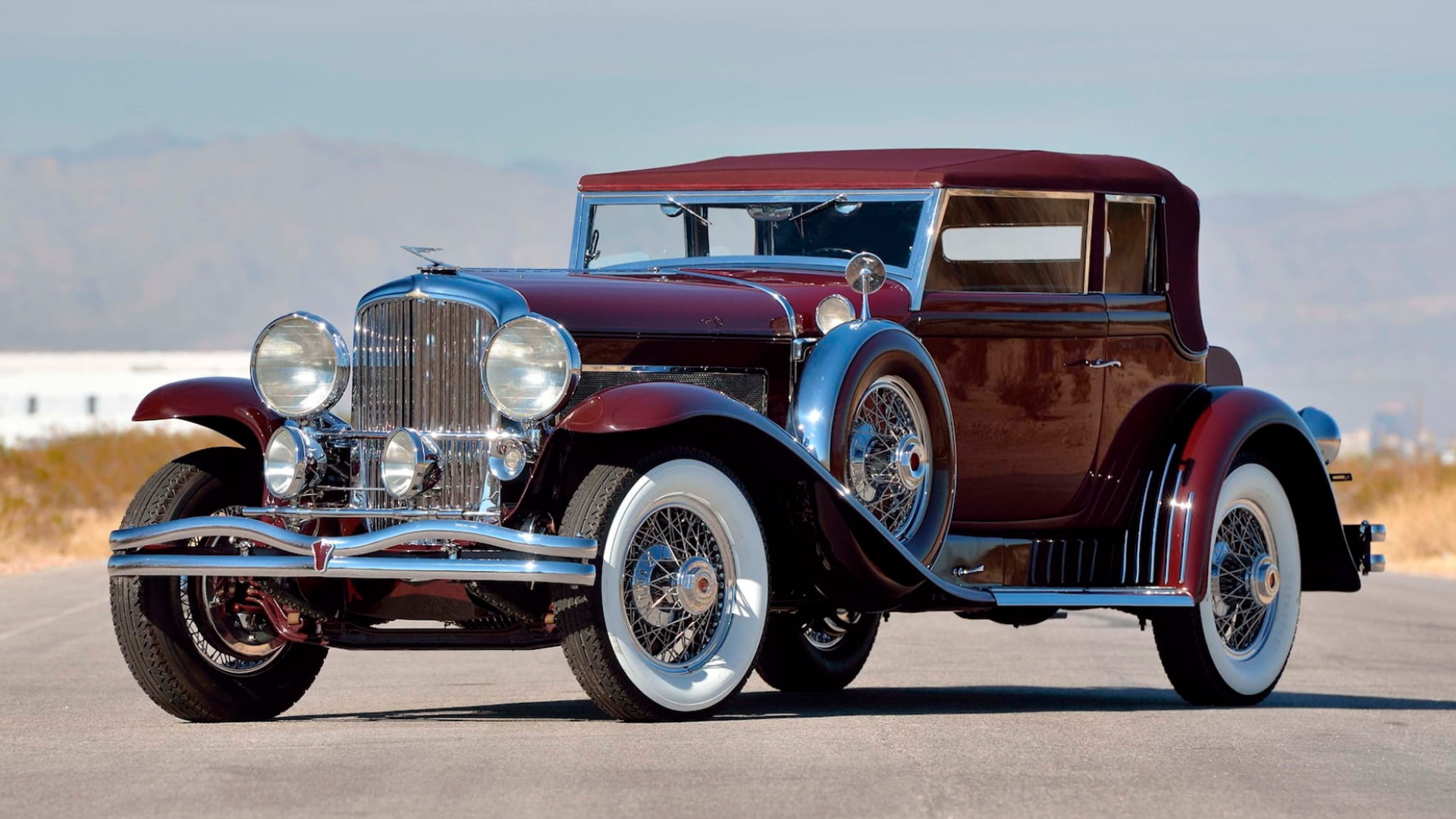 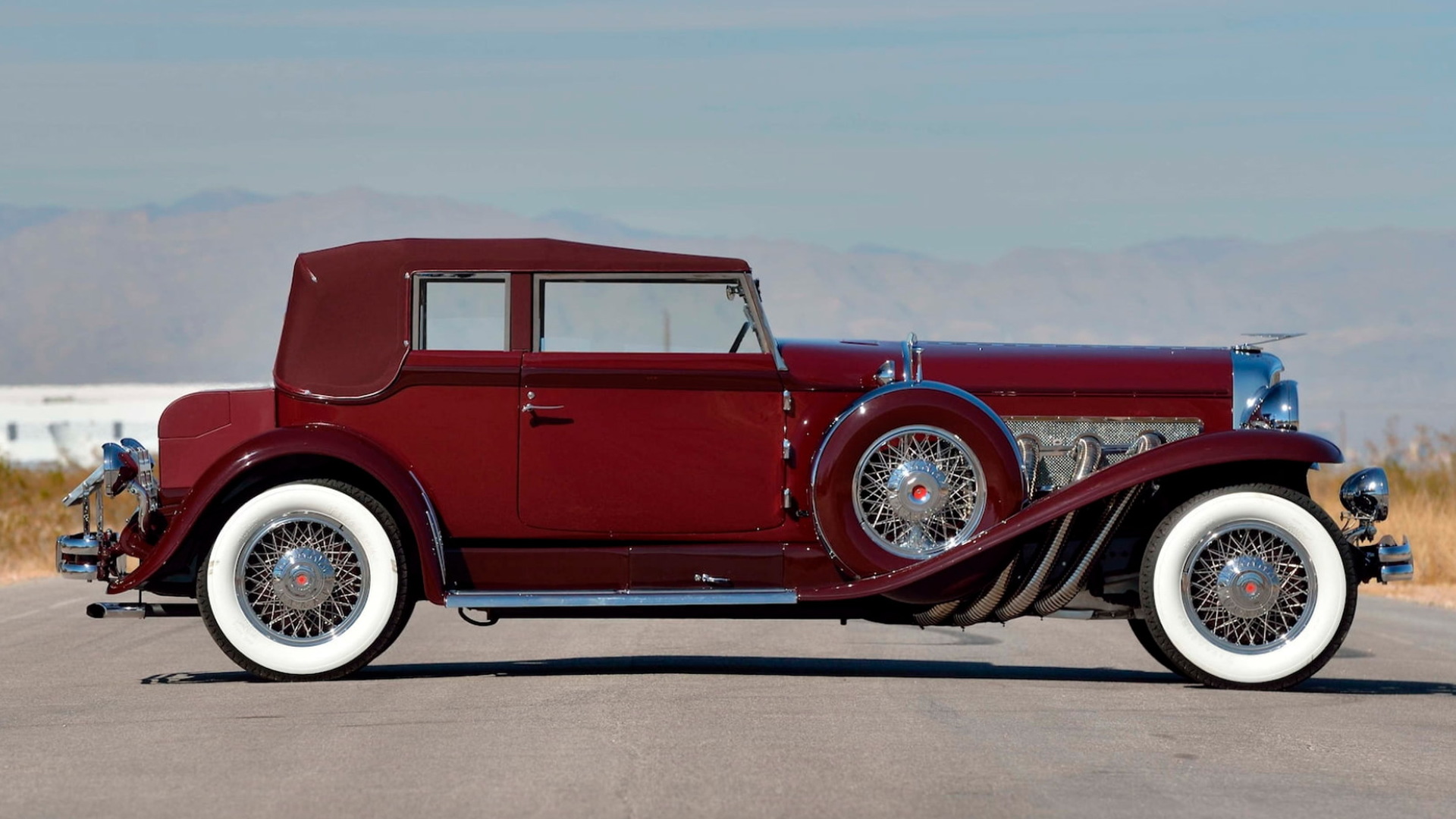 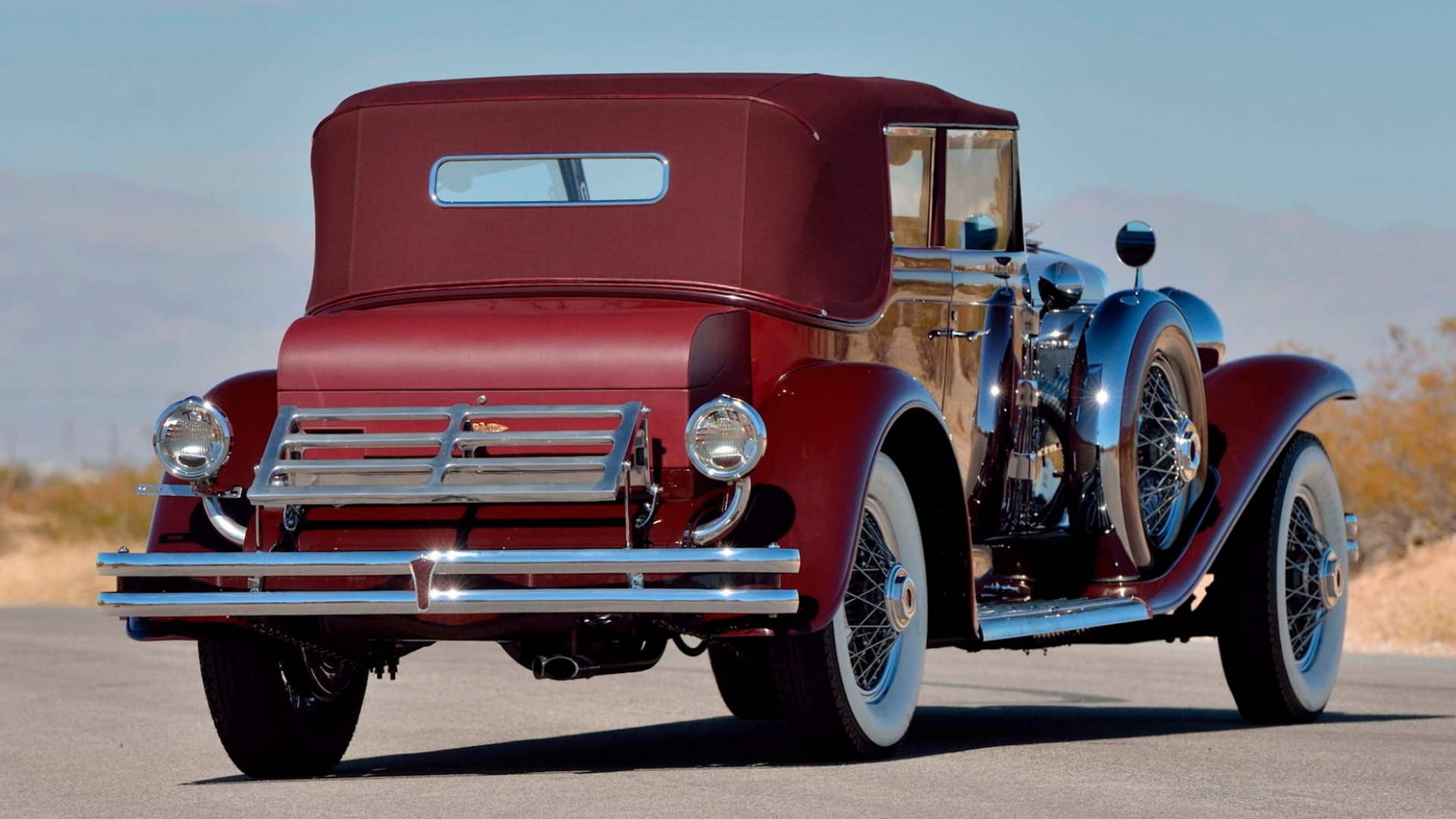 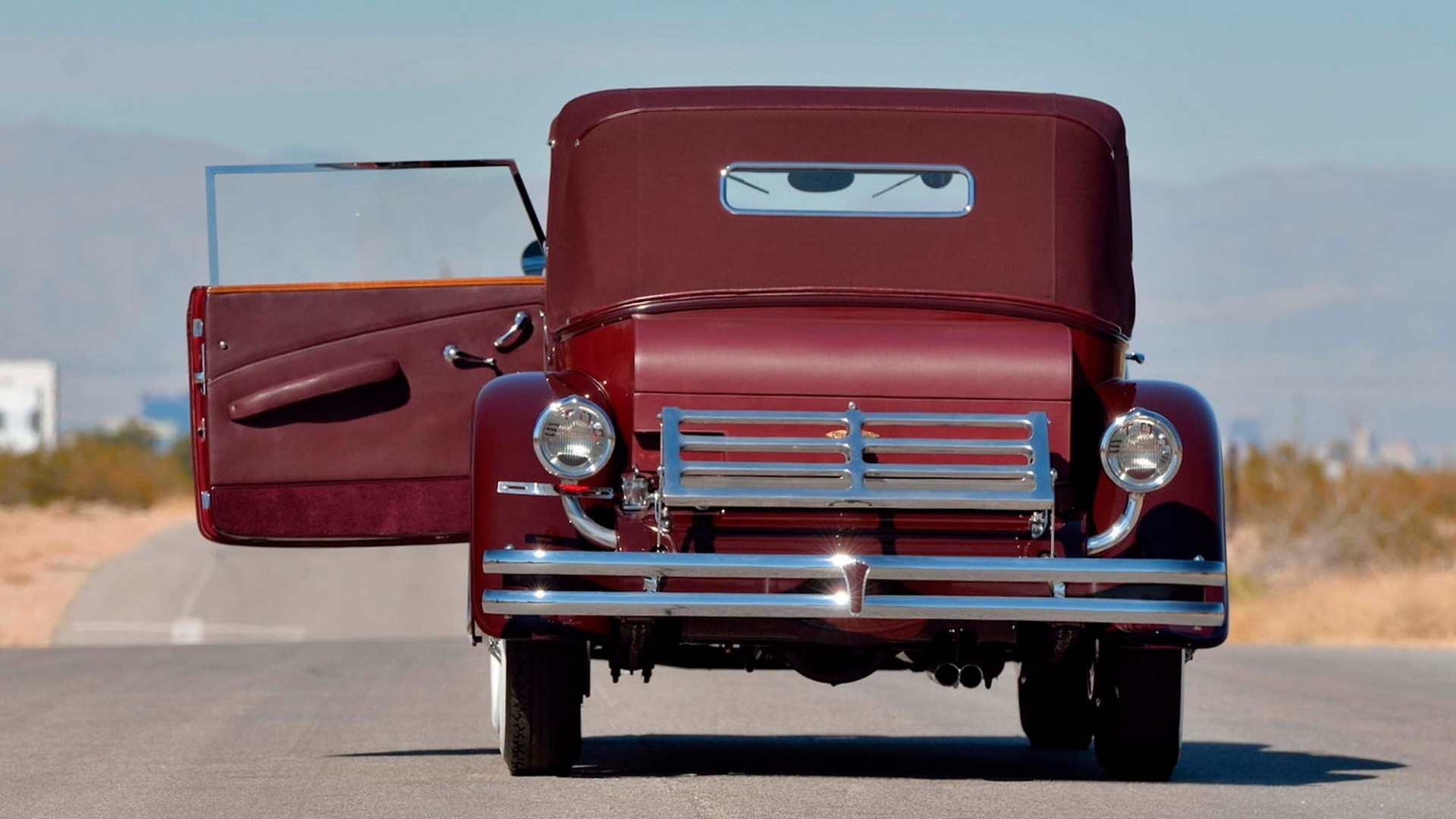 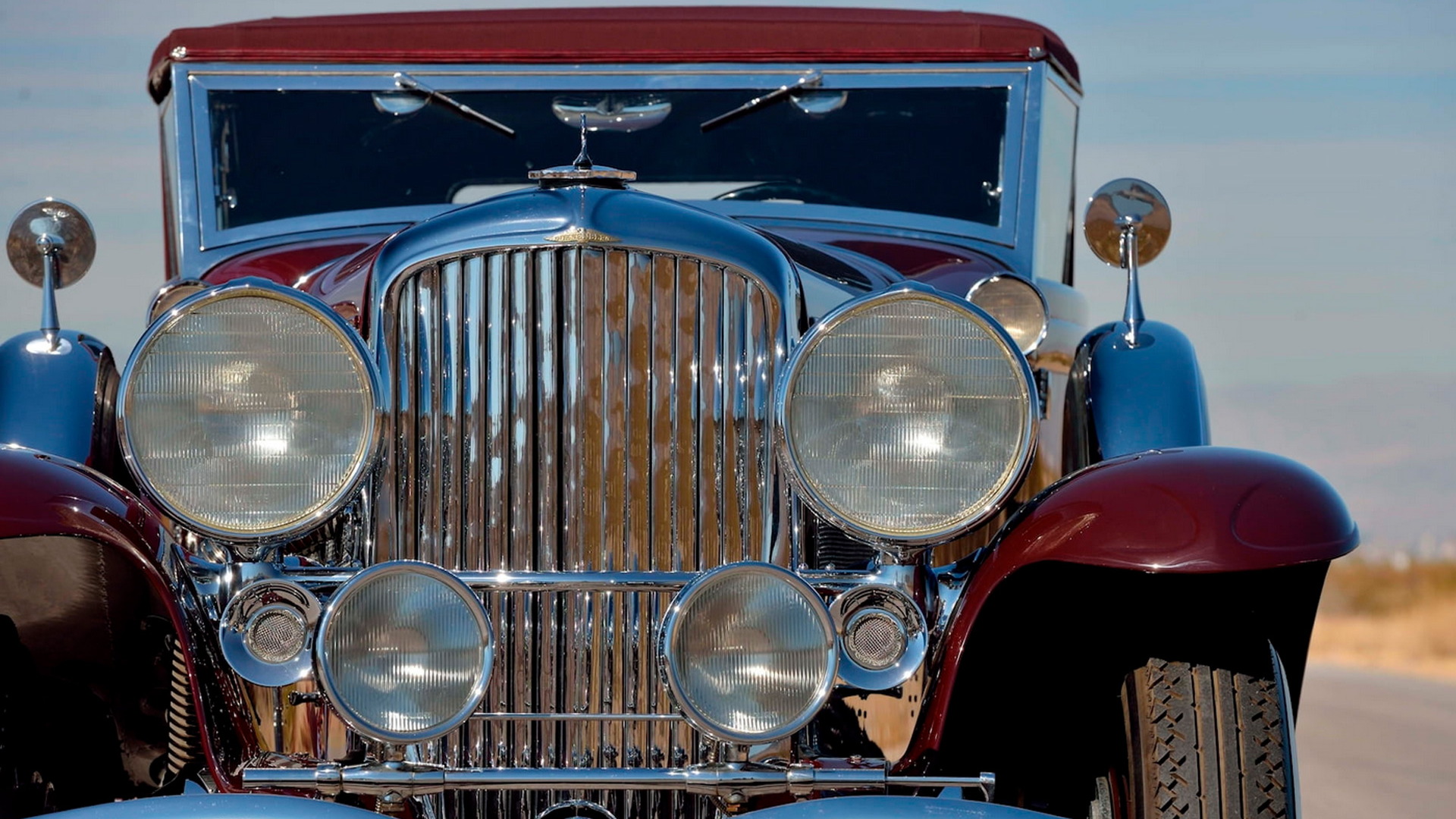 When it comes to automotive royalty, Duesenbergs are right up there with pre-war Bugattis and Rolls-Royces. The cars were owned by Hollywood types and industry bigwigs, though only about a thousand were made by the time the company folded in 1937, brought about by the lingering effects of the Great Depression and the death of company co-founder Fred Duesenberg in an accident in 1932.

Only the 1930 Model SJ was sold. The final bid came in at $2.7 million, which means the buyer ended up paying $2.97 million with the buyer's fee included. The 1936 Model J received a respectable bid of $2.8 million but was passed in.

The Model SJ features a short-wheelbase design wrapped in a Rollston body finished in a burgundy hue, with a matching burgundy interior. It was purchased new by musician Paul Whiteman, famous for his arrangement of "Rhapsody in Blue," and originally featured a LeBaron Barrelside Phaeton body. Its second owner, G. Tucker Smith, was the person who had the original body replaced with its current Rollston Convertible Victoria body in 1935. The car then changed hands a number of times throughout its life.

Being an SJ, it features a factory supercharged version of Duesenberg's 420 straight-8, good for about 320 hp. Paired to a 3-speed manual transmission, the engine is able to power the car to 104 mph in second gear. Other mechanical specs include semi-elliptic leaf springs, solid-beam axles front and rear, drum brakes, and 19-inch wheels from the Wire Wheel Corporation of Buffalo, New York.

The 1936 example, a Model J finished in black with a tan interior, was the final car sold by Duesenberg before the company went under, though two more examples were completed after that date by coachbuilders. The black Model J with a Rollston body was presented at the 1936 New York International Auto Show and eventually sold for $17,000 (an average car cost about $500 at the time) to Conkey Whitehead, who was the president of Coca-Cola at the time. It was later purchased by jazz musician Charles Kyner who held on to it for almost five decades.

It was given a full restoration in 1990, though it remains in a very original condition. It even includes a monogrammed trunk bearing Whitehead's initials, an accompanying luggage set, and the owner's manual. There's also a glass partition that disappears behind the front seats. The engine is a naturally aspirated version of Duesenberg's 420-cubic-inch straight-8, good for about 265 hp.

Incredibly, these weren't the highest bids of the auction. The honor goes to a 1971 Plymouth Hemi 'Cuda Convertible that received a bid of $4.8 million but was passed in.