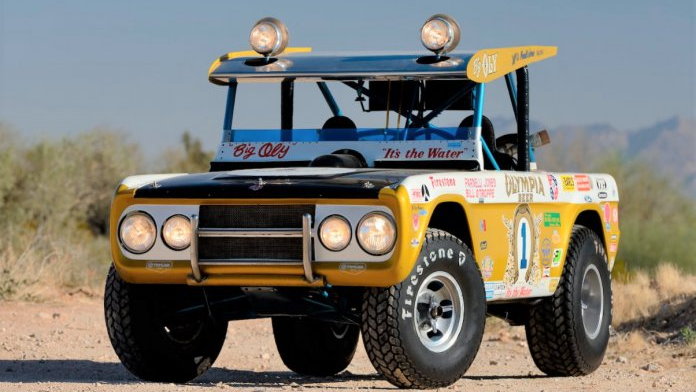 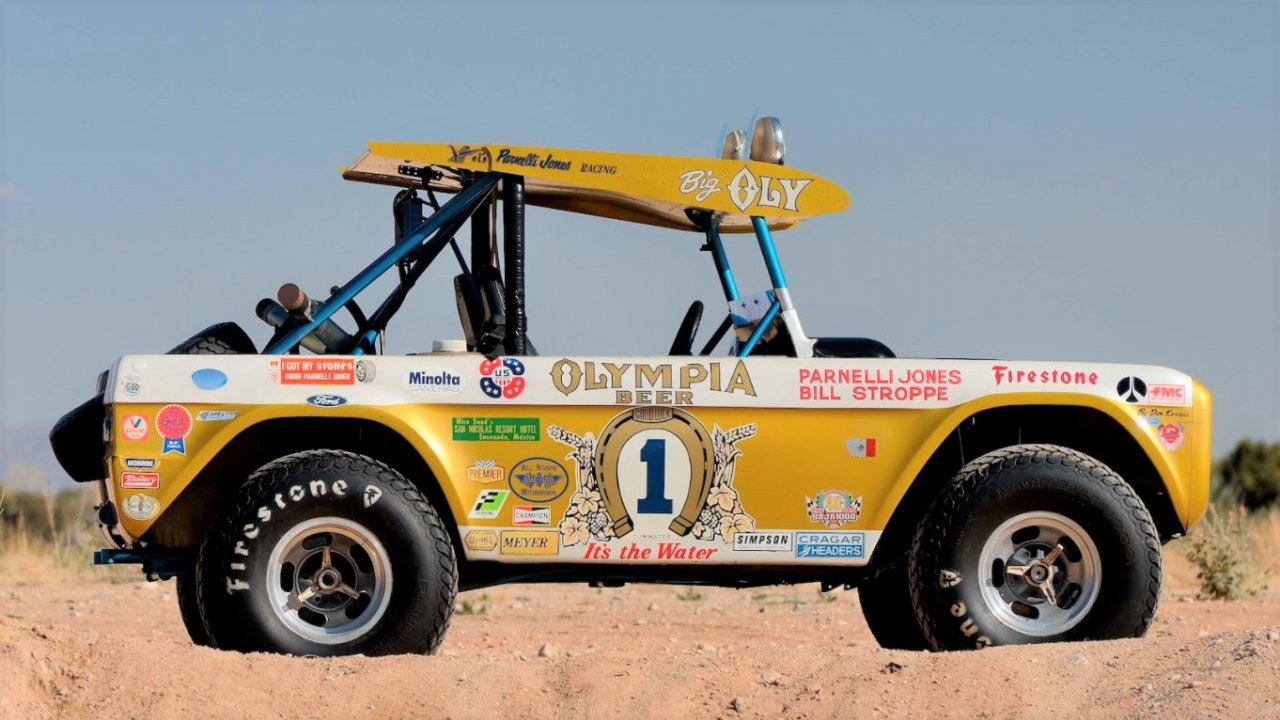 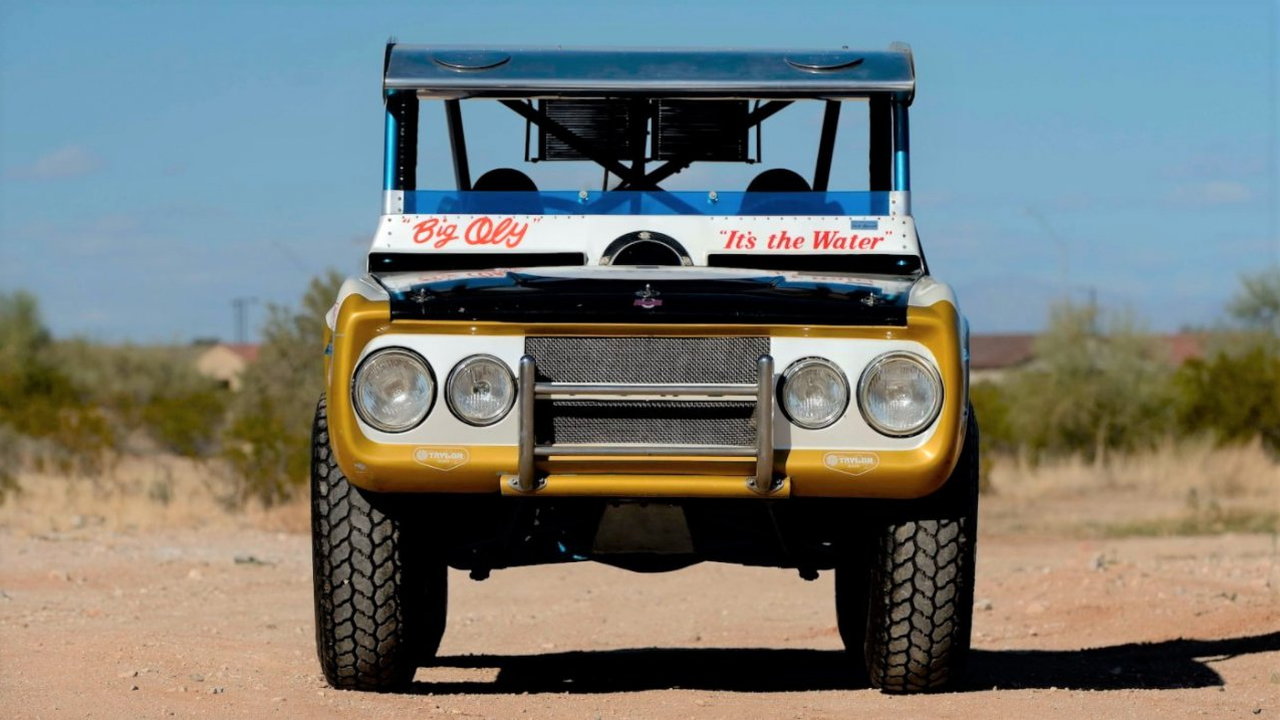 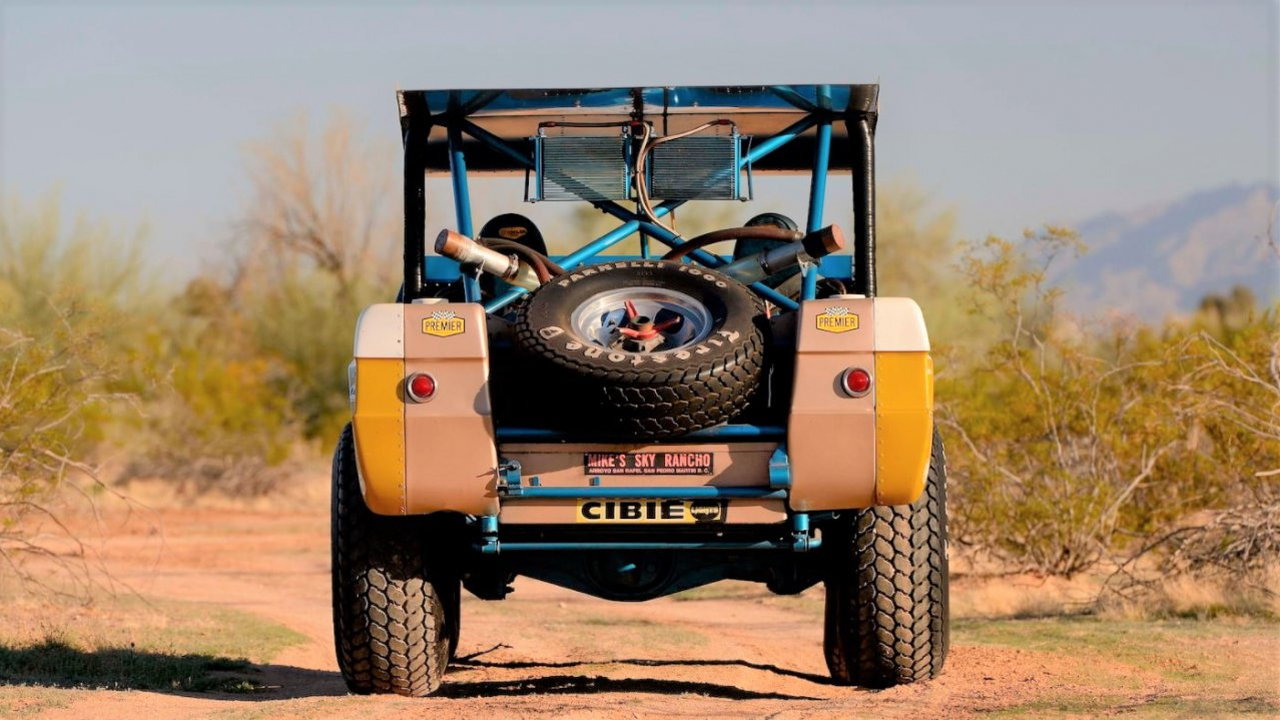 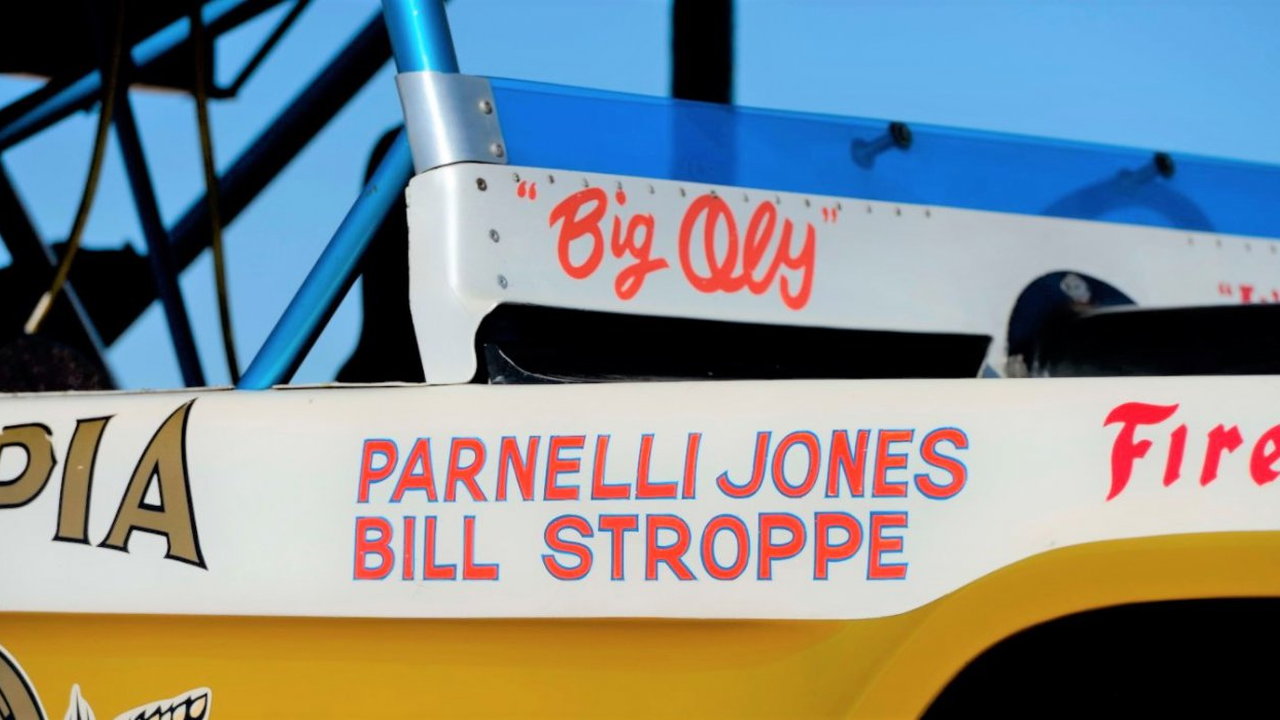 Parnelli Jones' Baja 1000-winning 1969 Ford Bronco "Big Oly" sold for $1.87 million at the Mecum Indianapolis auction last weekend. The final bid was $1.7 million, with a buyer's fee accounting for the rest of the final sale price.

"Big Oly" only exists because of a dare. After Jones turned down an invitation from fellow racer Bill Stroppe to run the Baja 1000, Stroppe allegedly told friends that "Jones wasn't man enough for off-road racing."

"Big Oly" features chrome-moly space frame, much greater suspension travel than stock, a roof-mounted wing (inspired by sprint cars,) and a spool rear end that locks the rear wheels for better traction. It's powered by a 351-cubic-inch Ford Windsor V-8, making an estimated 390 hp and coupled to a Ford C6 B&M race transmission.

The race truck had some teething problems, breaking an axle in its first run at Baja in 1970. But after racking up two Baja wins, "Big Oly" secured its place in racing history. Unlike some other famous race cars, it was never lost and rediscovered. Instead it resided at the Vel's Parnelli Jones race shop and made regular public outings over the years.

With a new Bronco entering production, Ford has tried to capitalize on the legacy of "Big Oly" with renewed off-road racing efforts.

A Bronco-based race truck entered the 2019 Baja 1000, but broke down before reaching the finish line. Ford has since retrenched with stock Broncos and Bronco-badged race trucks in the Ultra4 series.