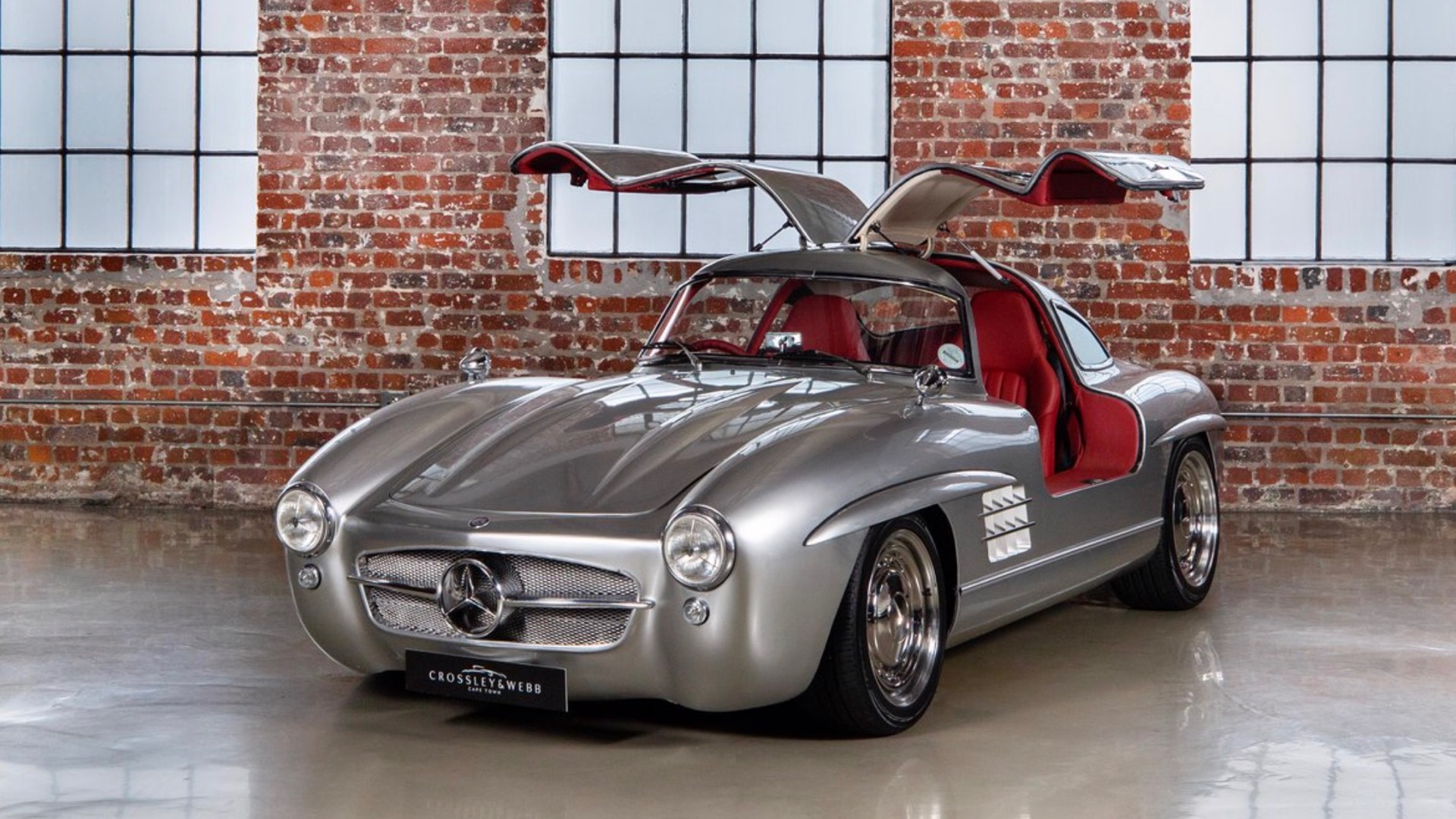 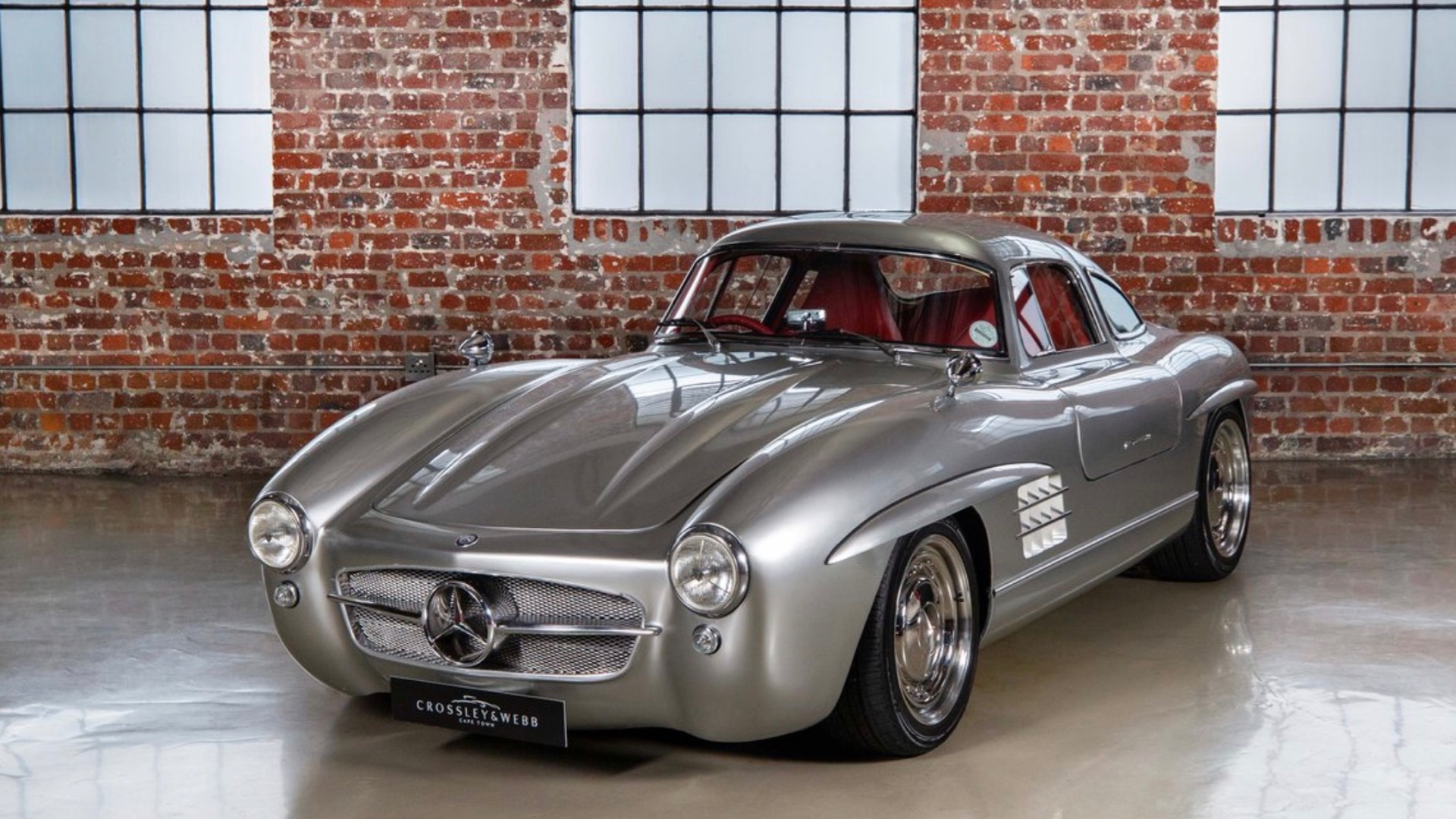 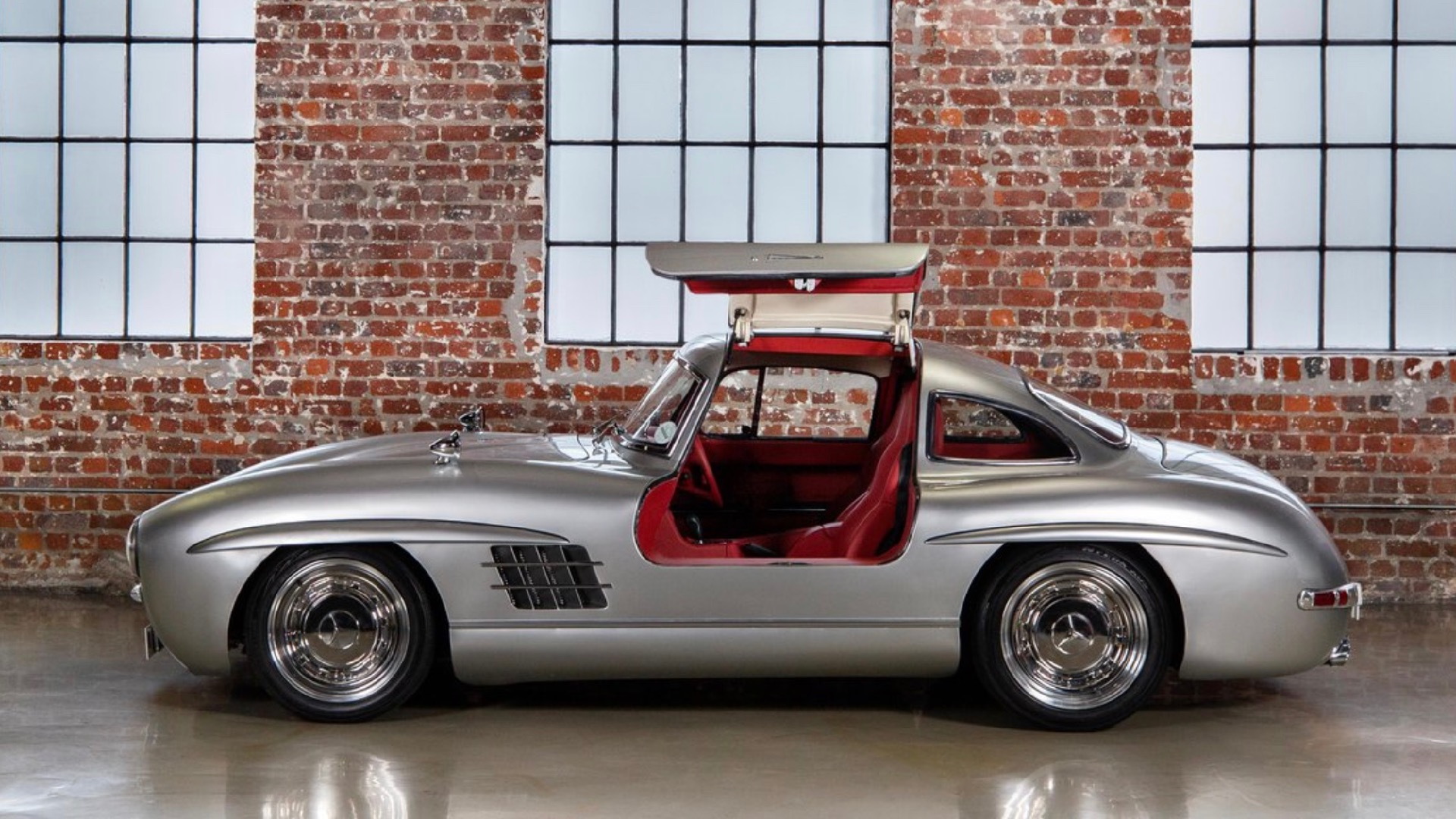 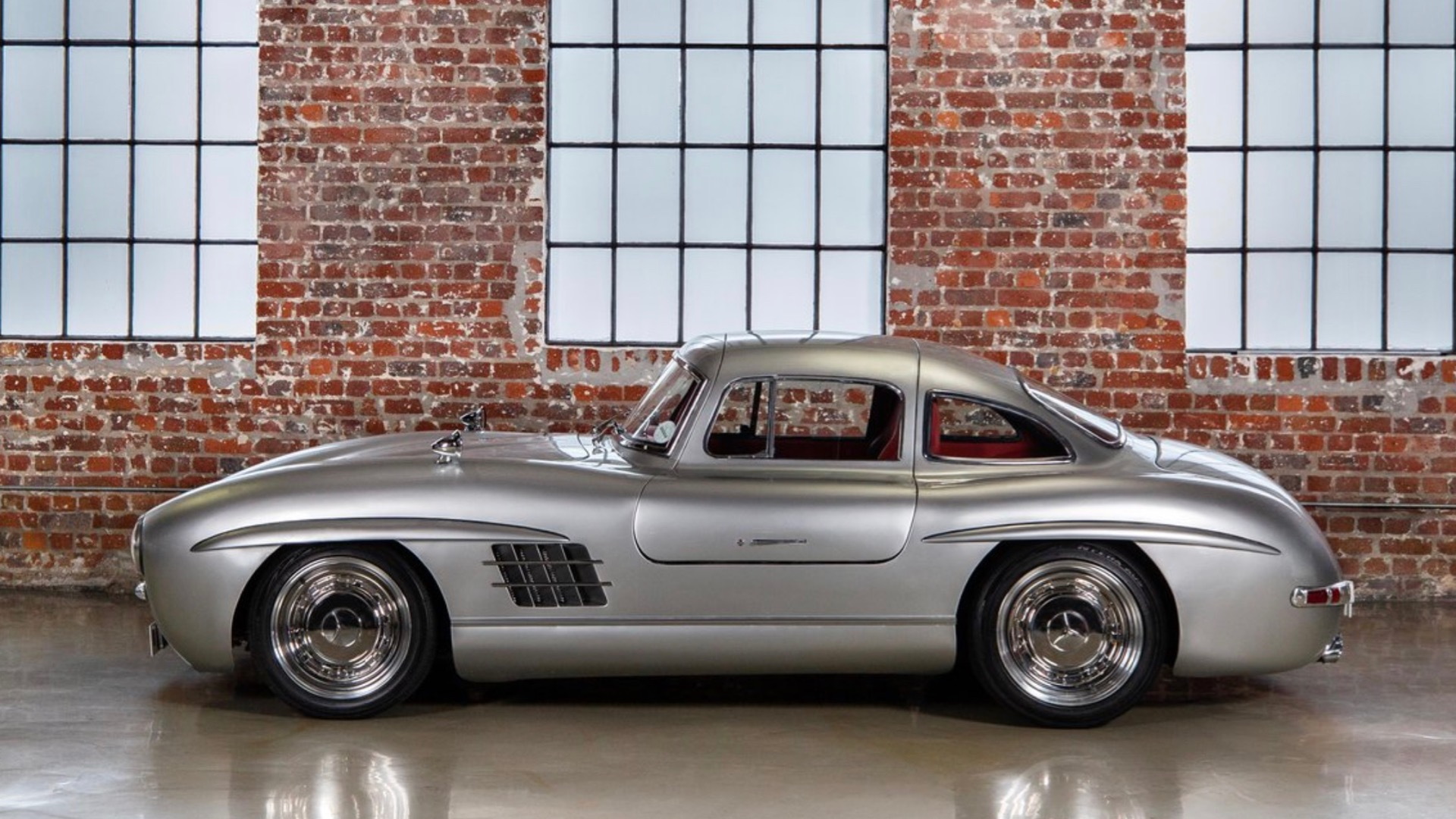 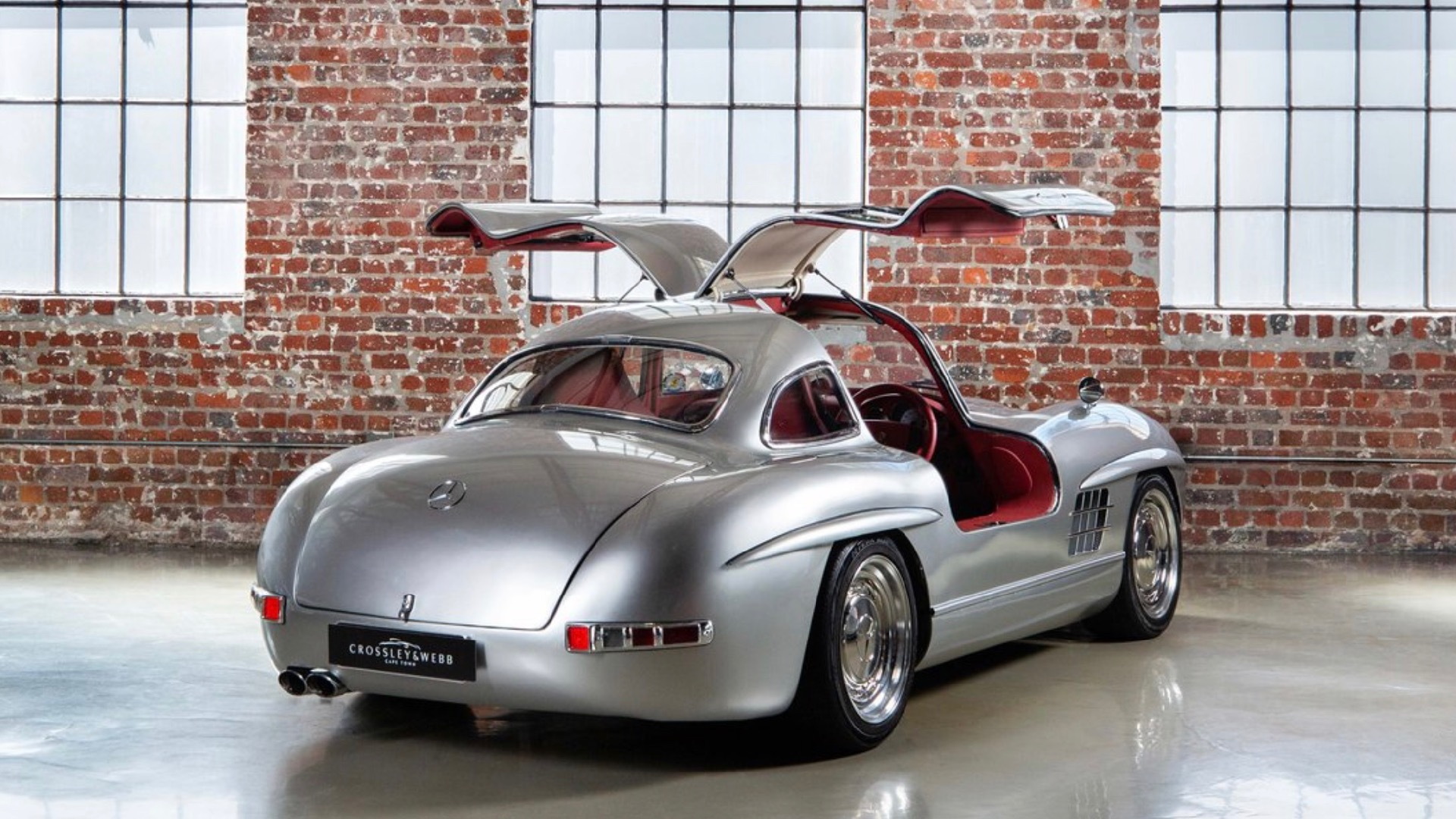 The Mercedes-Benz 300SL gullwing coupe is an icon, which means original examples are very expensive. So one fan created a more-affordable tribute based on a modern SLK-Class convertible.

First spotted by Motor1, the gullwing facsimile is currently for sale in South Africa through dealer Crossley & Webb.

The car started out as a 2001 Mercedes-Benz SLK32 AMG but now sports aluminum bodywork designed using a 3D scan of an original gullwing coupe. In addition to gaining a distinctive retro look, the car is also 882 pounds lighter than stock, according to the listing. Elimination of the SLK's retractable hardtop (gullwings aren't convertibles, after all) likely accounted for some of that.

Underneath the new bodywork is the stock 3.2-liter supercharged V-6, which makes 350 hp and 332 lb-ft of torque. Power is routed to the rear wheels through a 5-speed automatic transmission.

A steel roll cage was added to maintain torsional rigidity, while stock features like power steering, air conditioning, and Nappa leather upholstery were retained, according to the listing.

The asking price of approximately $128,000 may seem steep for an SLK, but it's a lot less than the $1 million an original 300SL gullwing might fetch at auction. That might explain why this isn't the first SLK gullwing conversion we've seen. Another example, based on an SLK320, popped up in 2019.

While the spiritual successor to the 300SL gullwing, the SLS AMG, is no longer in production, a new generation of the Mercedes-Benz SL-Class is on the way. Expected to replace both the last-generation SL (which bowed out in 2020) and the AMG GT Roadster, the new version is being developed by AMG, and will feature all-wheel drive for the first time.

The new SL is expected to debut later this year, meaning it will likely arrive in dealerships as a 2022 model.