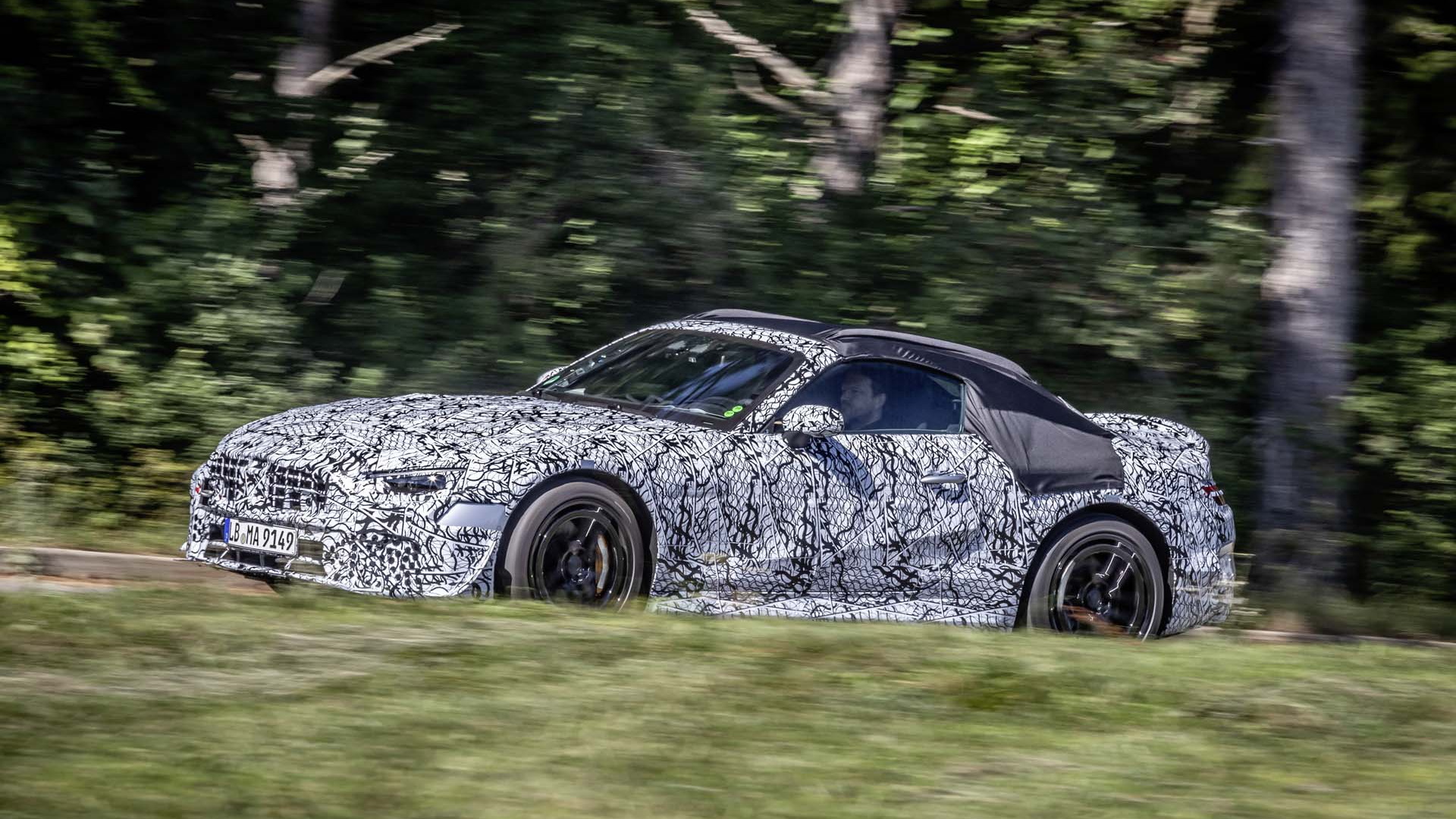 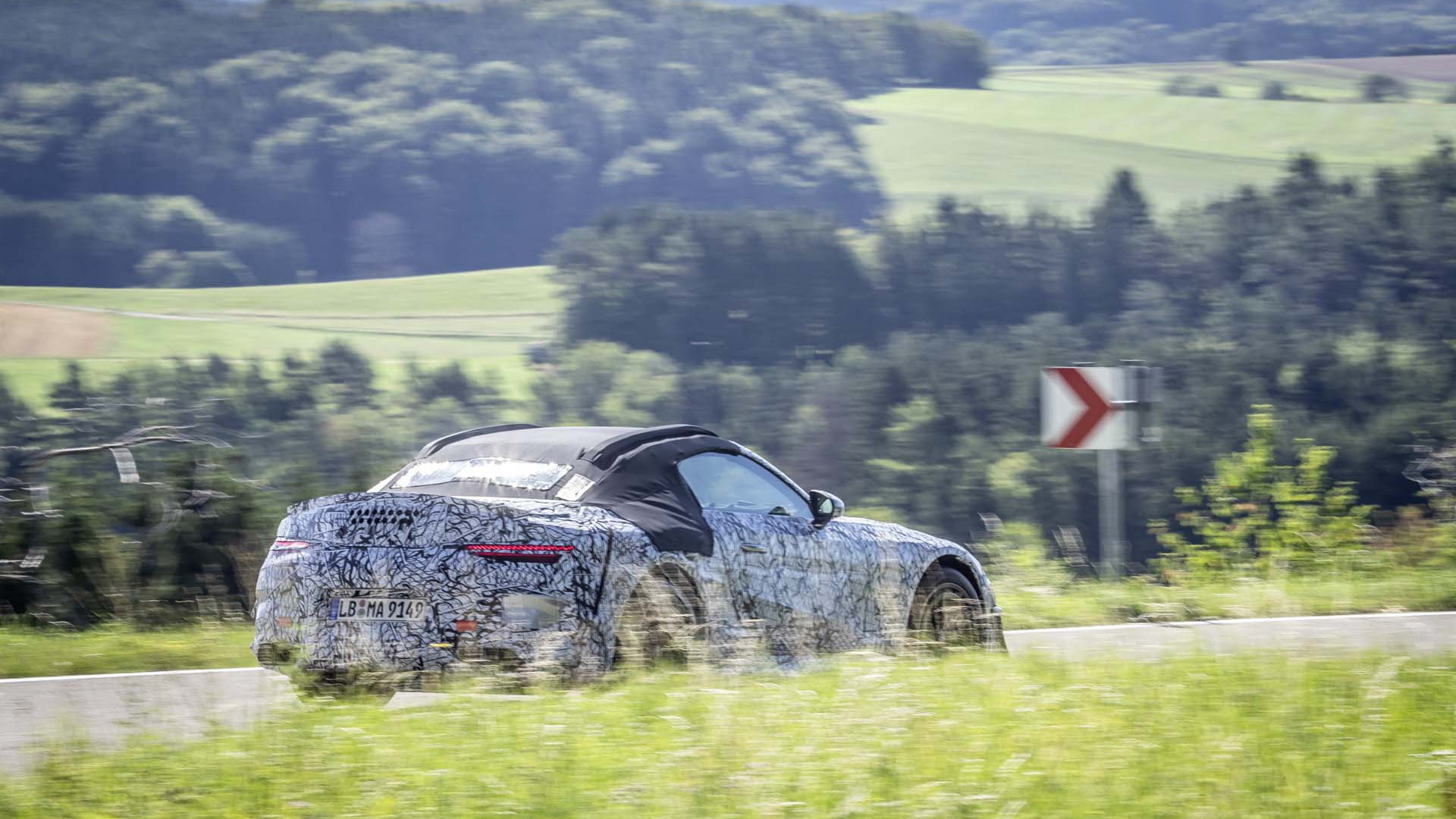 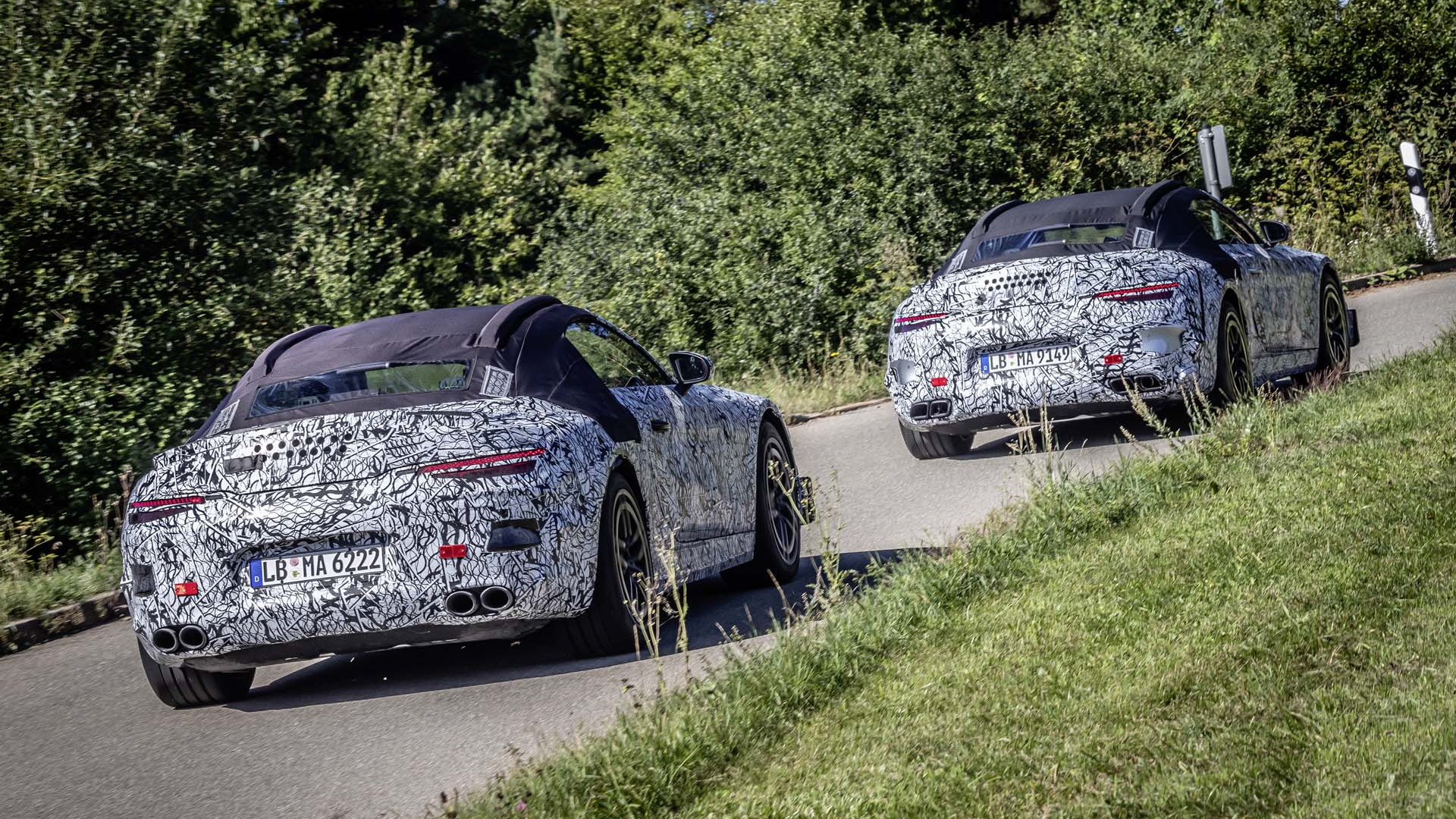 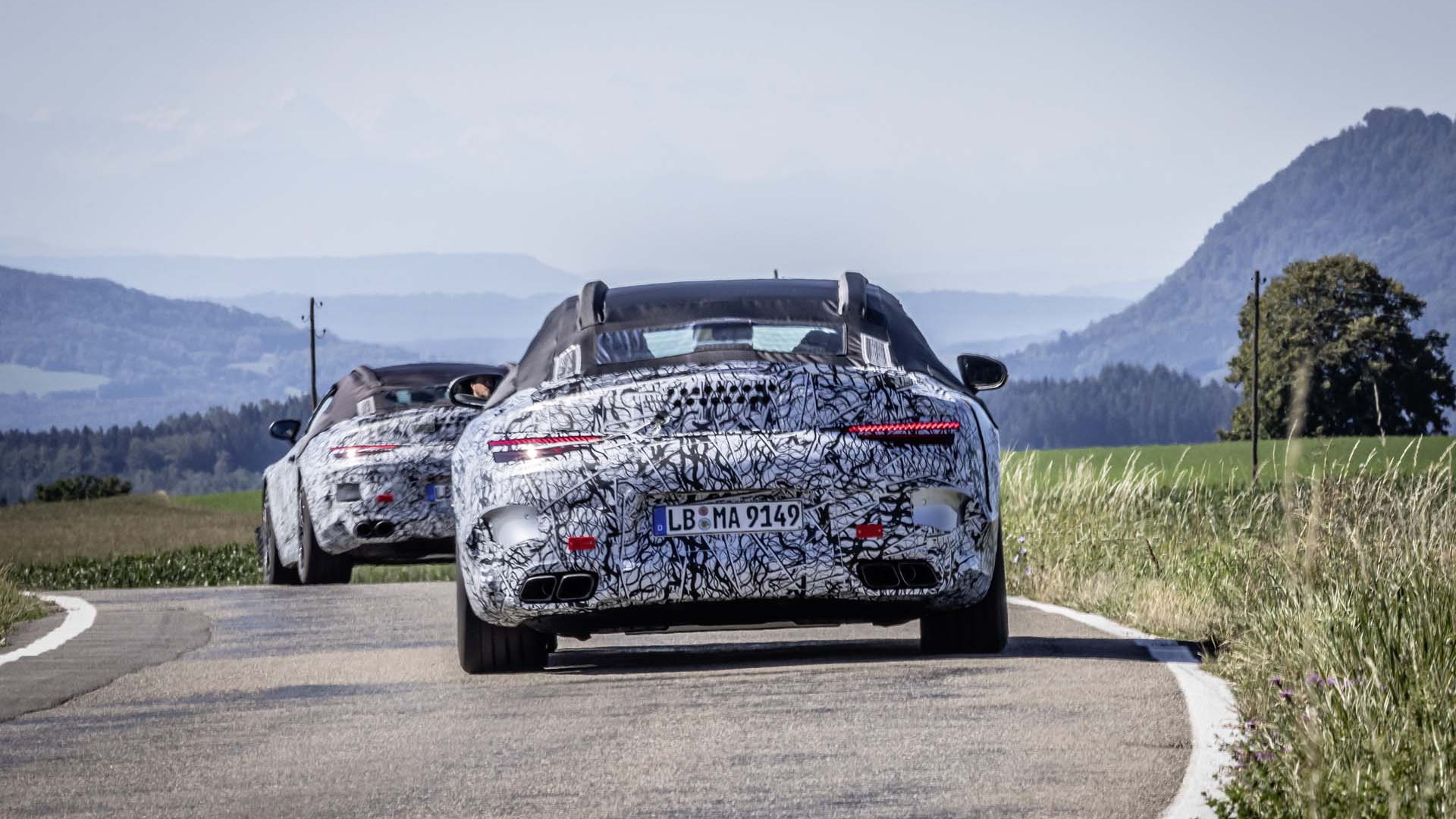 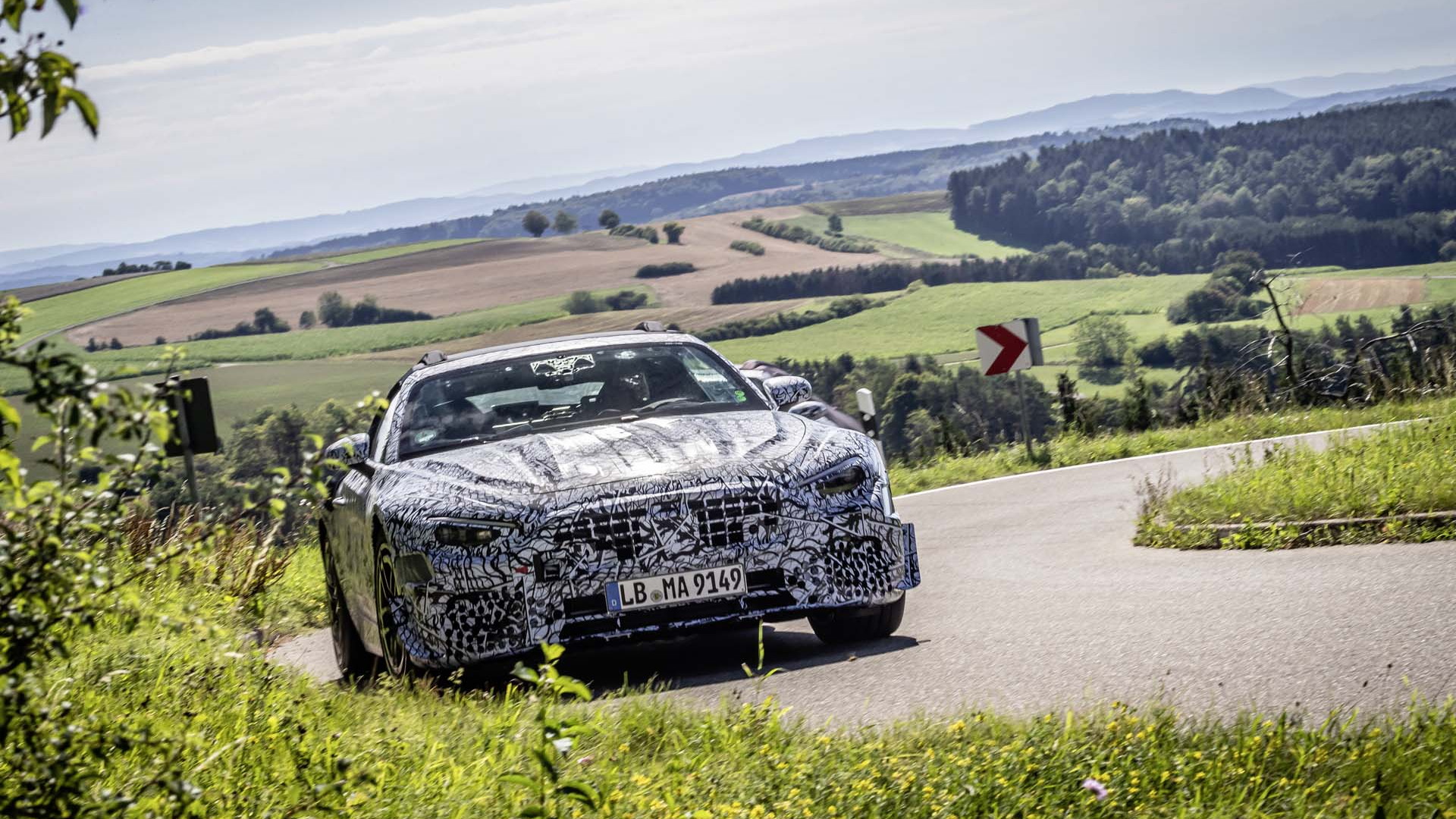 Photos released Thursday tease the new design which looks to be sleeker and sportier than the current model's somewhat heavy look. We hear the design has taken inspiration from the original 300SL of the 1950s.

The heavy camouflage gear on the roof and compact rear section also point to the new SL ditching the current model's retractable hardtop in favor of a lighter fabric roof.

The development is being handled by Mercedes-AMG and is already at a late stage. The first test mules were likely out as early as 2016. We expect the new SL to go on sale in 2021 as a 2022 model, likely under the new name Mercedes-AMG SL Roadster.

The car is the seventh member in the SL lineage that dates back to the original 300SL gullwing race car of 1952. It's based on a new rear-wheel-drive platform for sports cars dubbed the MSA (Modular Sports Architecture), which AMG will also use for its next GT sports car, meaning we can expect a much more performance-focused SL this time around.

Less weight will be key. Expect the use of lighter, more exotic materials in the construction, and we've already mentioned the retractable hardtop will make way for a fabric roof.

Don't expect a V-12 to return. Instead, we may see the V-8 paired to a more powerful electric drive system for a combined output of over 800 hp. Such a system has already been previewed in concept form and is set to debut soon in AMG's GT 4-Door Coupe.

Note, the new SL will fill in for the S-Class Coupe and S-Class Convertible models which are expected to be phased out with the arrival of a next-generation S-Class sedan in September. The two-door models are among seven models reportedly facing the ax as part of major cost-cutting measures at Mercedes.