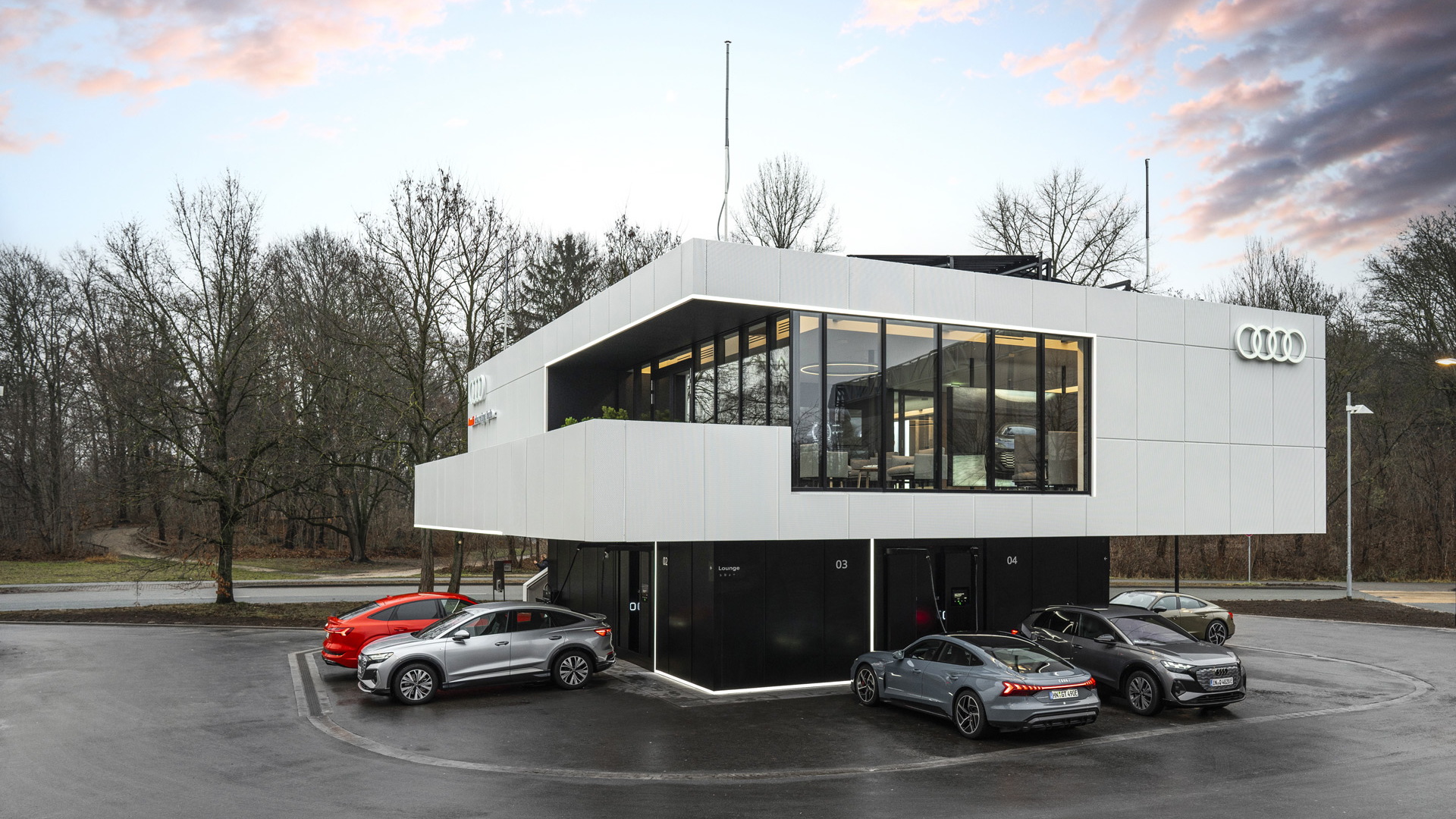 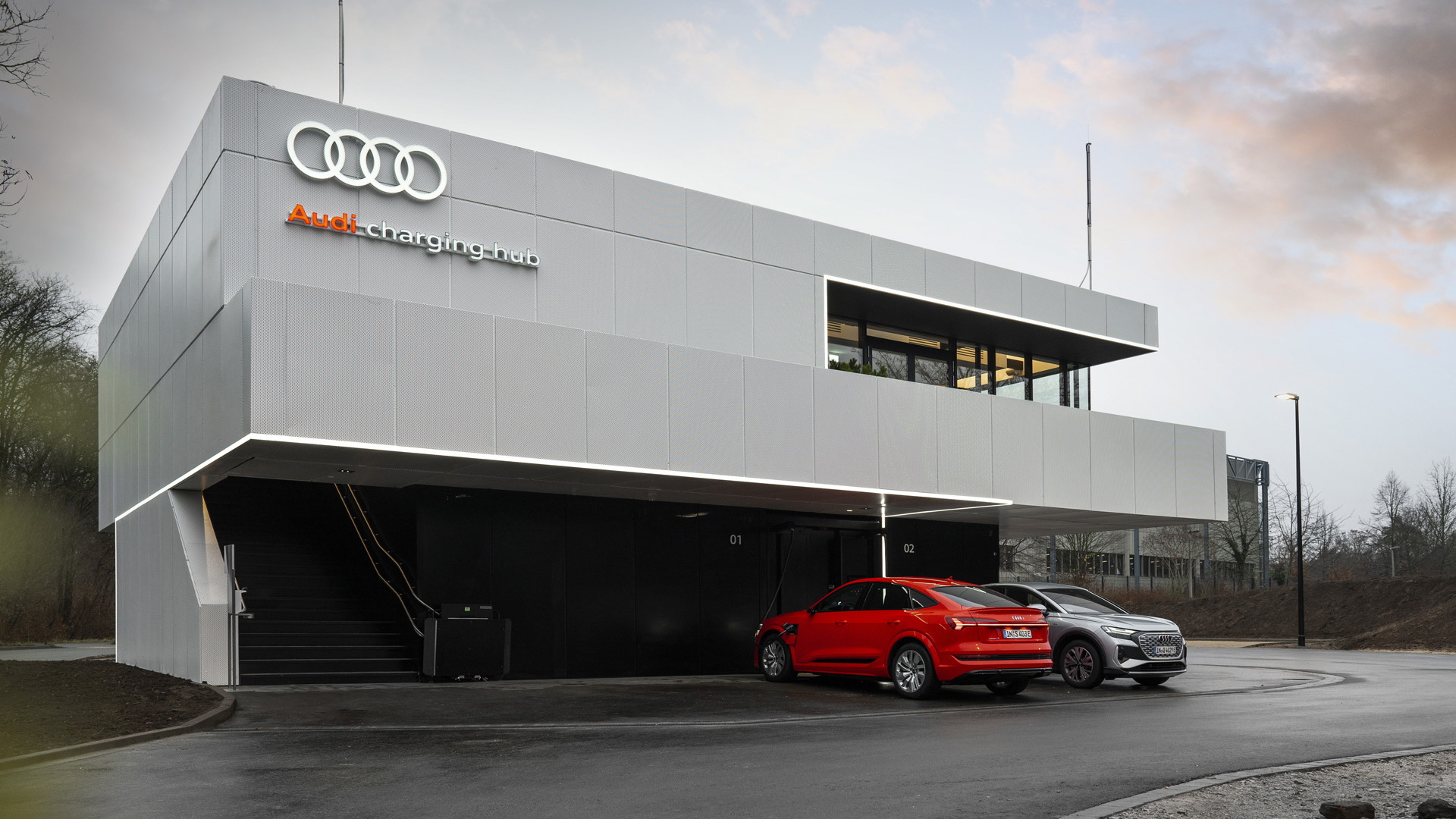 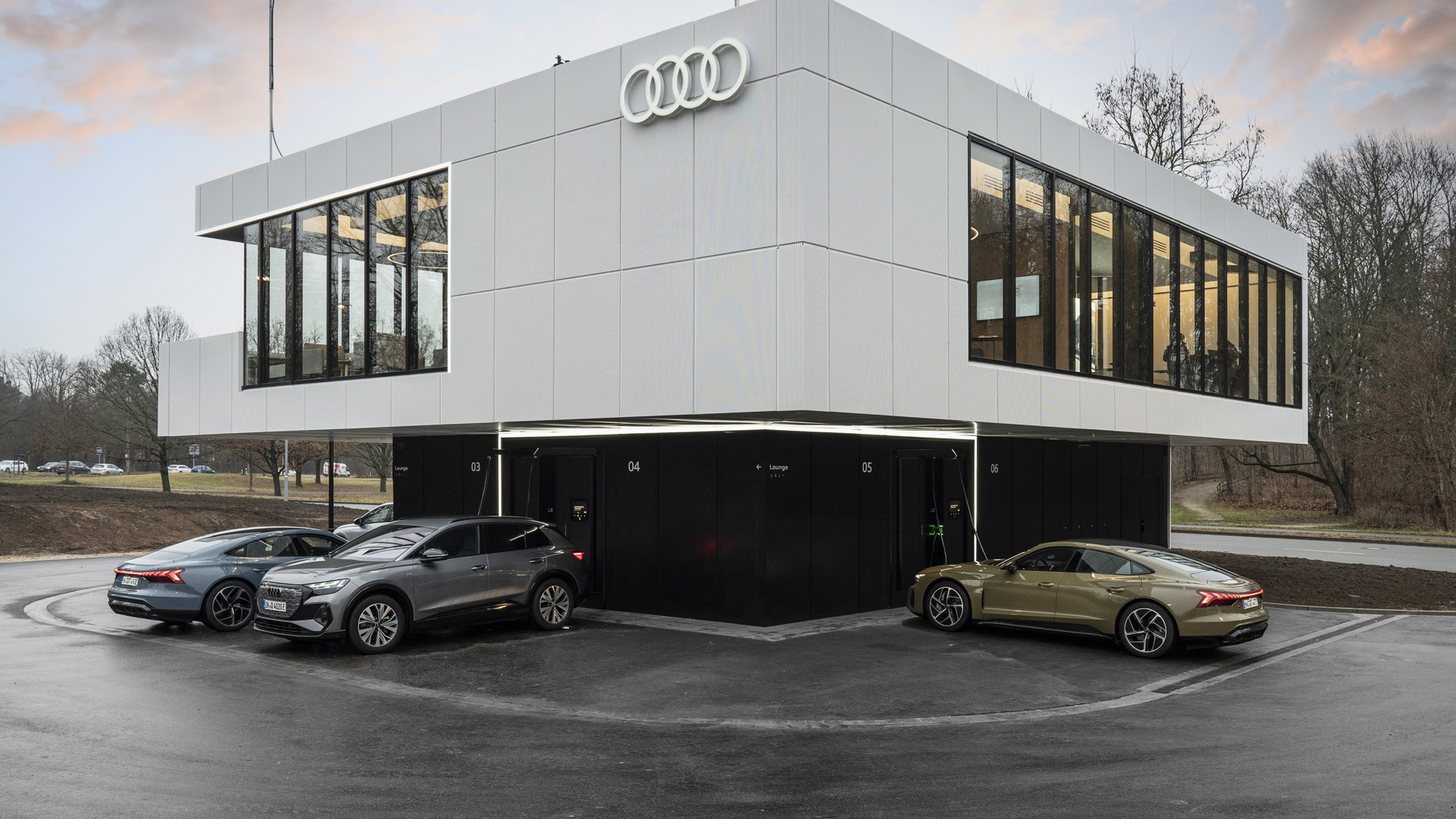 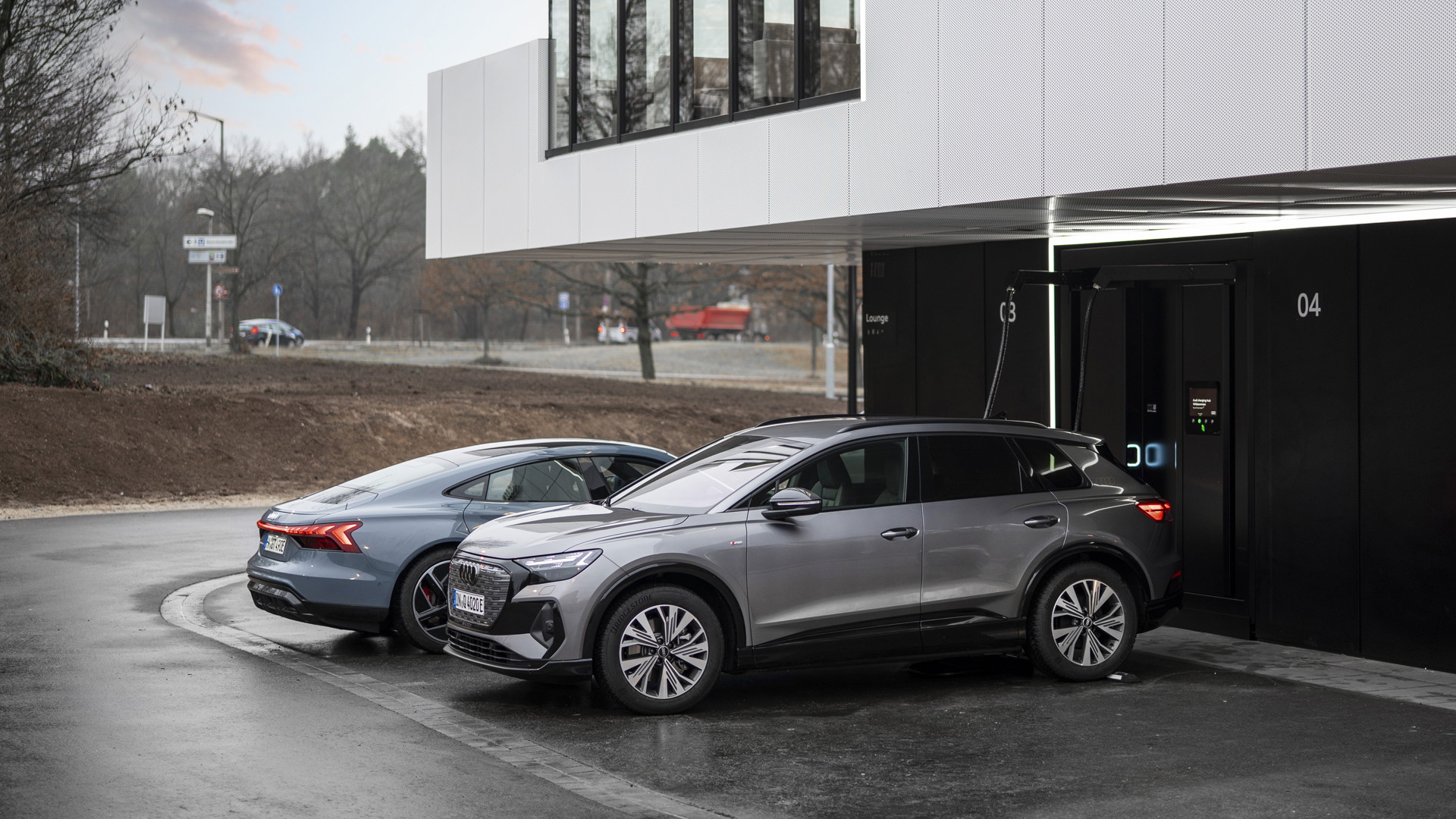 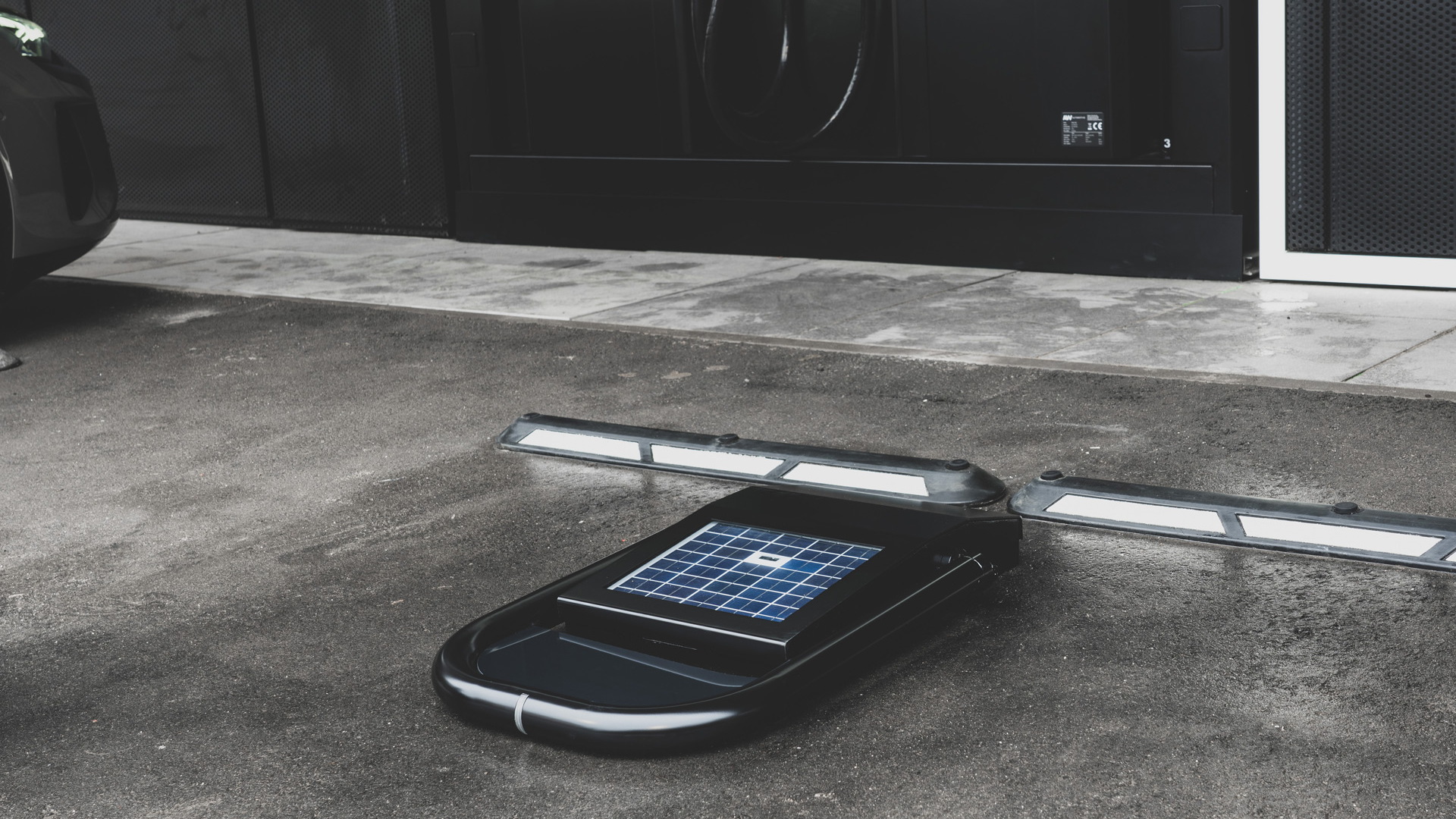 No doubt you've waited in a queue to fill up at a gas station. Well, imagine that scenario at a charging station for electric vehicles, where each “fill” can last 20 minutes or more.

Audi understands this and has developed a concept for its own premium charging station where slots can be reserved ahead of time, helping you to properly plan your trip. There's also a lounge area where you can relax and have a coffee or snack while your EV charges.

The automaker last week showed off a concept for its charging station, which it has labeled the Audi Charging Hub. It's located in the German city of Nuremberg and features six bays with access to a fast-charging pillar offering up to 320 kilowatts of charging power. Audi's E-Tron GT super sedan can charge at up to 270 kw, enabling a 5-80% charge in about 22 minutes.

The Audi Charging Hub is officially a concept, and Audi will use it in a trial phase starting on December 23. The trial will primarily look at how users interact with the station and the reservation function, which is handled via an app. The trial will also look at what additional services could be offered, for example offering a battery swap for electric bicycles, a rental service for electric scooters, as well as test drives of new Audi EVs.

During the trial, the station will be available around the clock. There will also be an Audi staff member during the day to help with requests. And it won't be exclusive to Audi customers. The plan is to allow drivers of cars from rival brands to be able to use slots that are open and unreserved.

Pricing for the electricity will be similar to what an owner currently pays using a wallbox at home, Audi said. And for Audi owners with an E-Tron Charging Service contract, they will be able to charge at the station for 31 cents per kilowatt-hour, regardless of the spot rate. Audi said it wants to make the station a real alternative to charging at home, especially since not all EV owners will be able to charge at home.

Should the trial be a success, we could see Audi quickly roll out more of the stations. The station features a flexible design that enables it to be expanded or reduced in size via modular blocks. Each of these blocks houses a charging pillar as well as lithium-ion batteries for energy storage. The idea is that the batteries can be recovered from old EVs. For the first station, Audi has used batteries sourced from old prototypes.

By storing the electricity in batteries, it makes complex infrastructure with high-voltage lines and expensive transformers unnecessary. Energy for the charging station is drawn from the grid but can be topped up during the day via roof-mounted solar panels.

Audi plans to rollout more than a dozen EVs in the coming years and efforts like the Audi Charging Hub show that the automaker understands that availability of charging infrastructure is vital to convince buyers to make the switch. Tesla pioneered this with its Supercharger stations, and other brands, such as Porsche, also plan to launch their own charging stations.