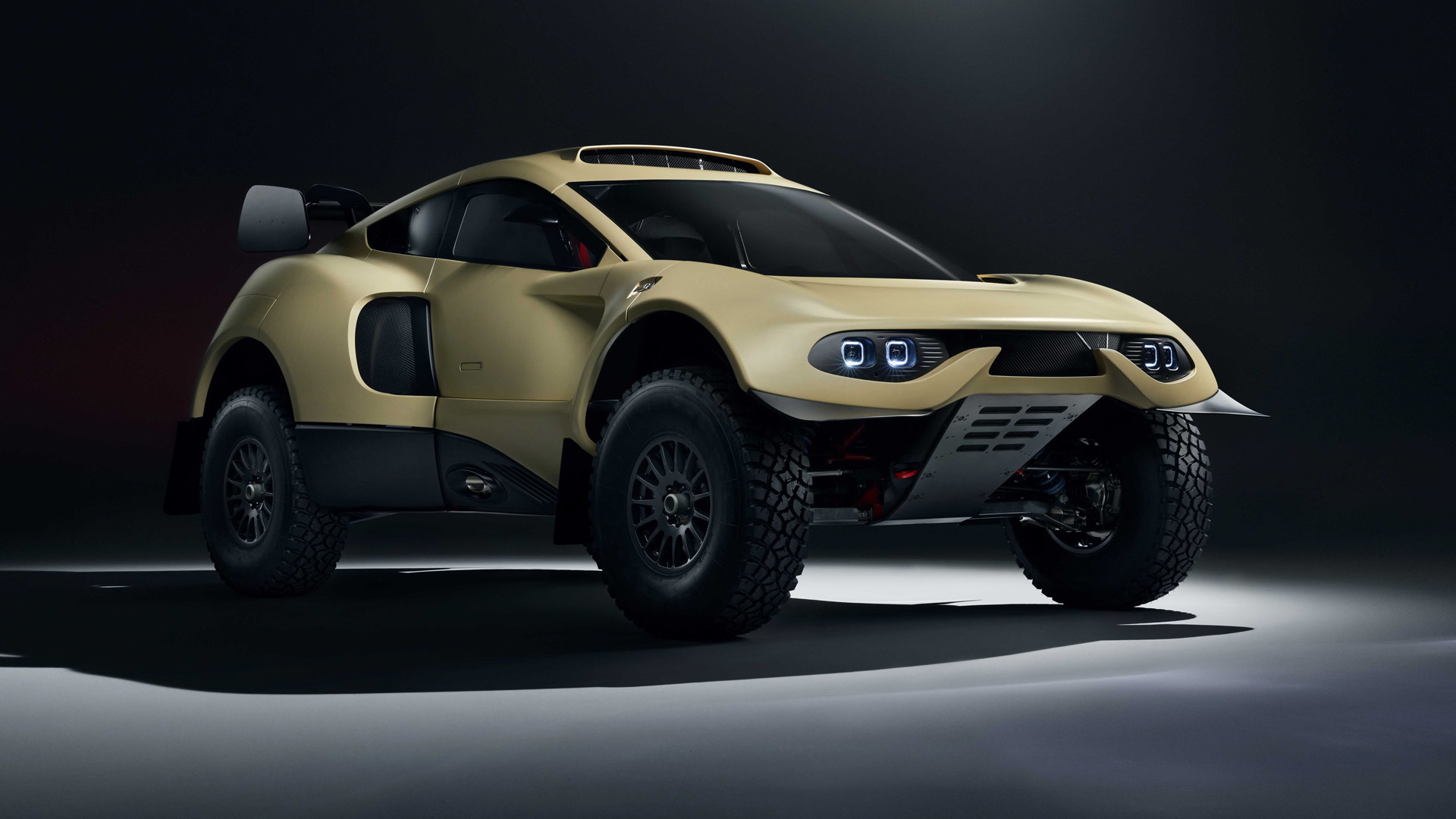 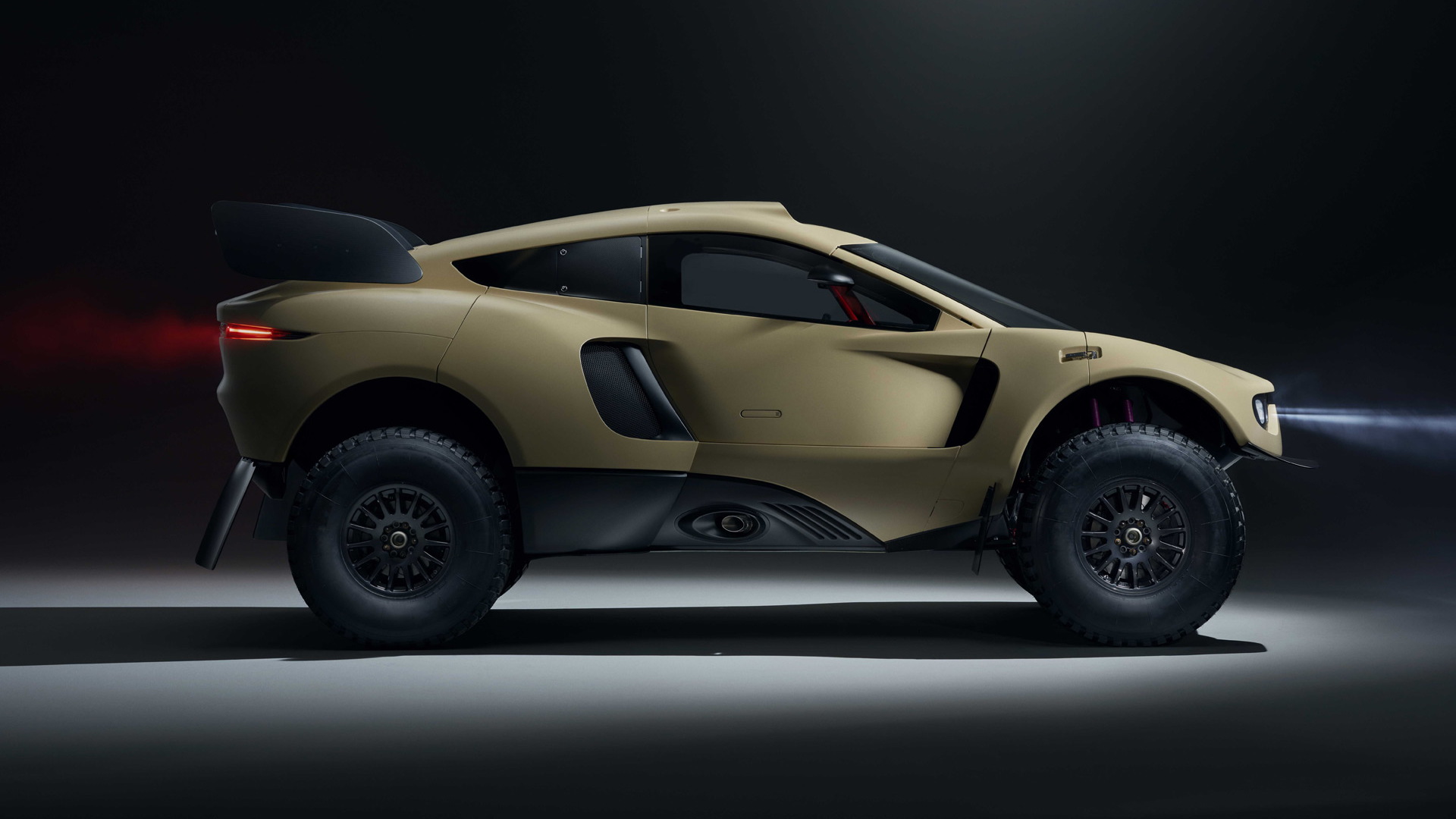 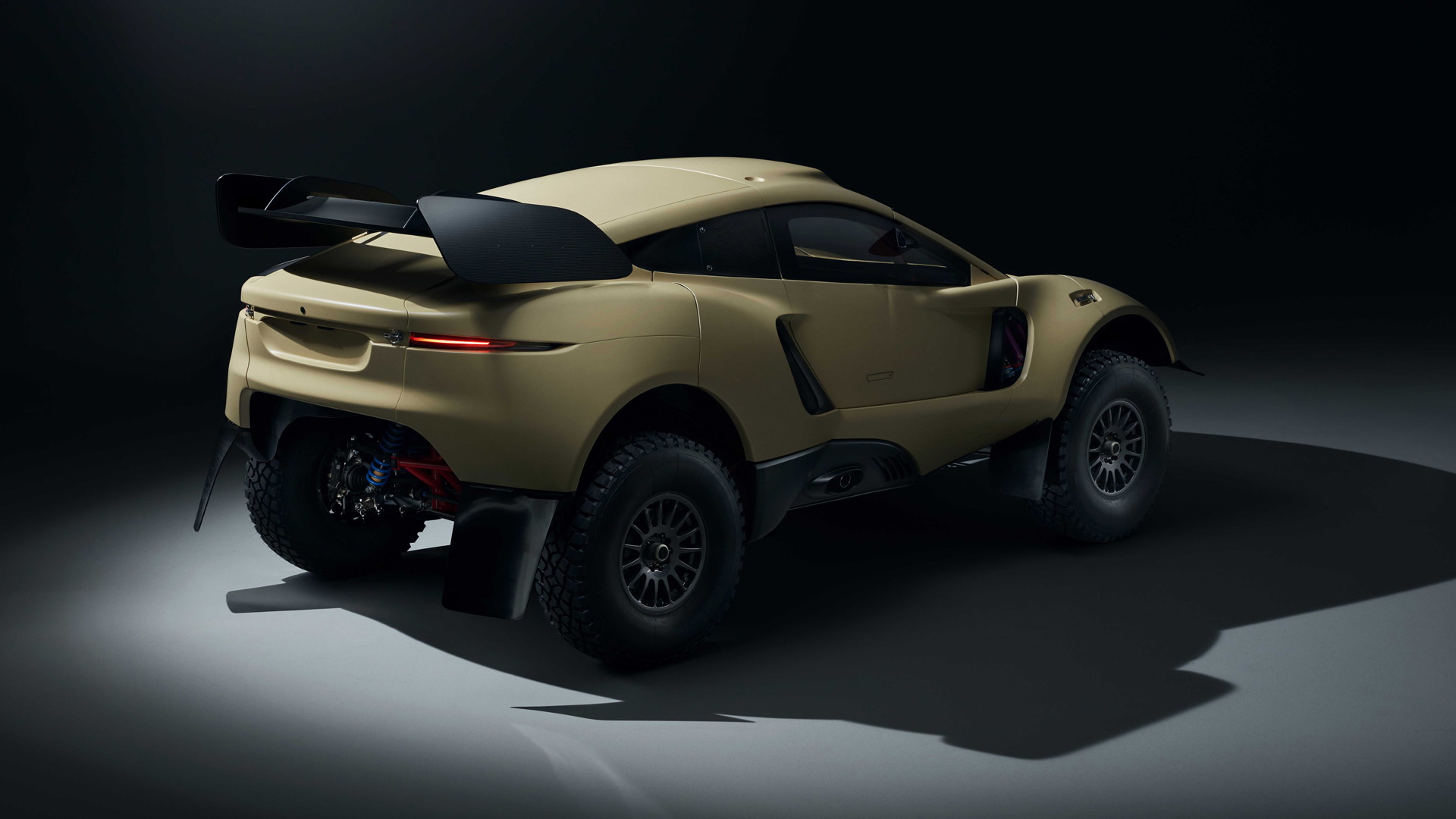 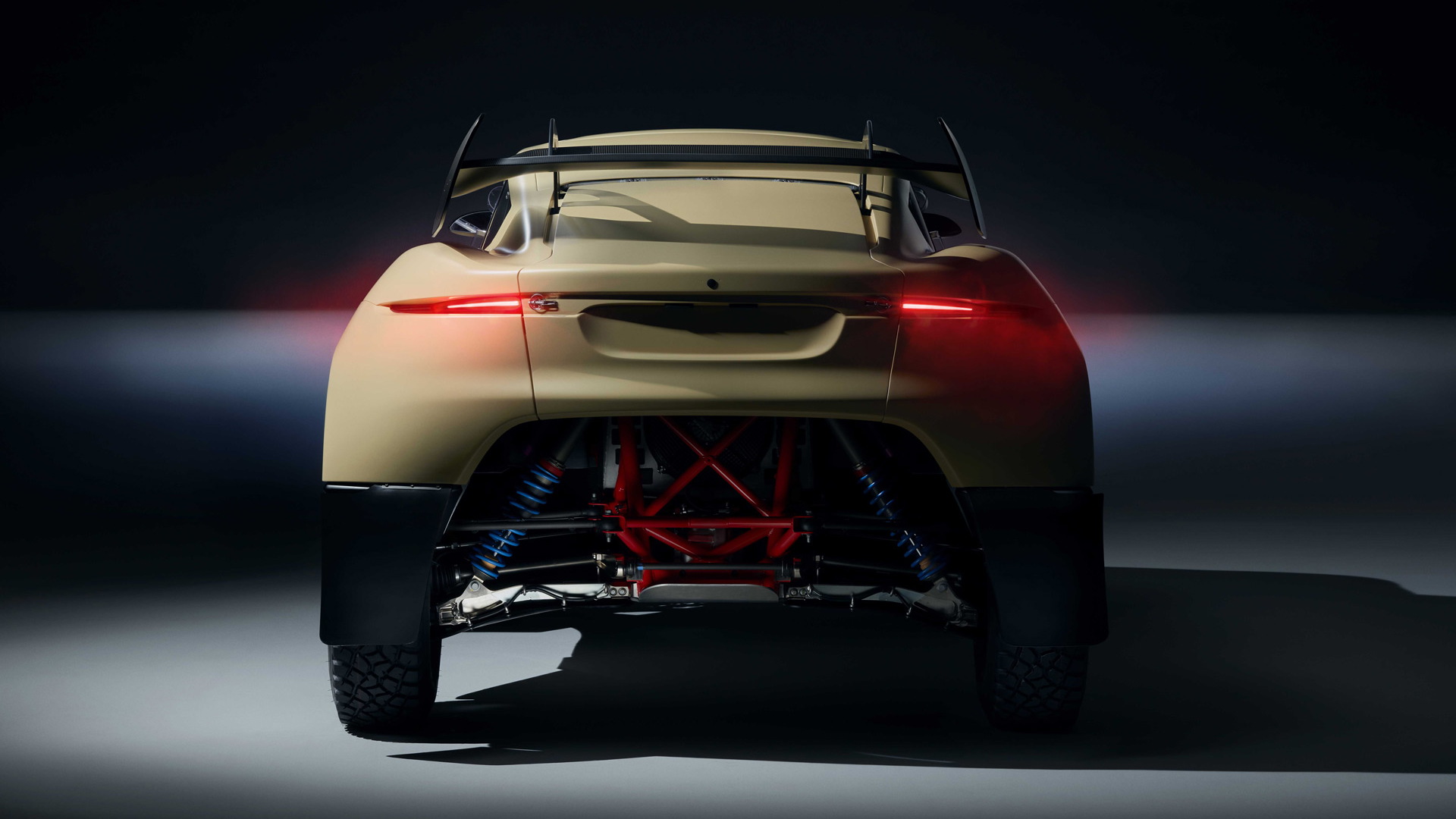 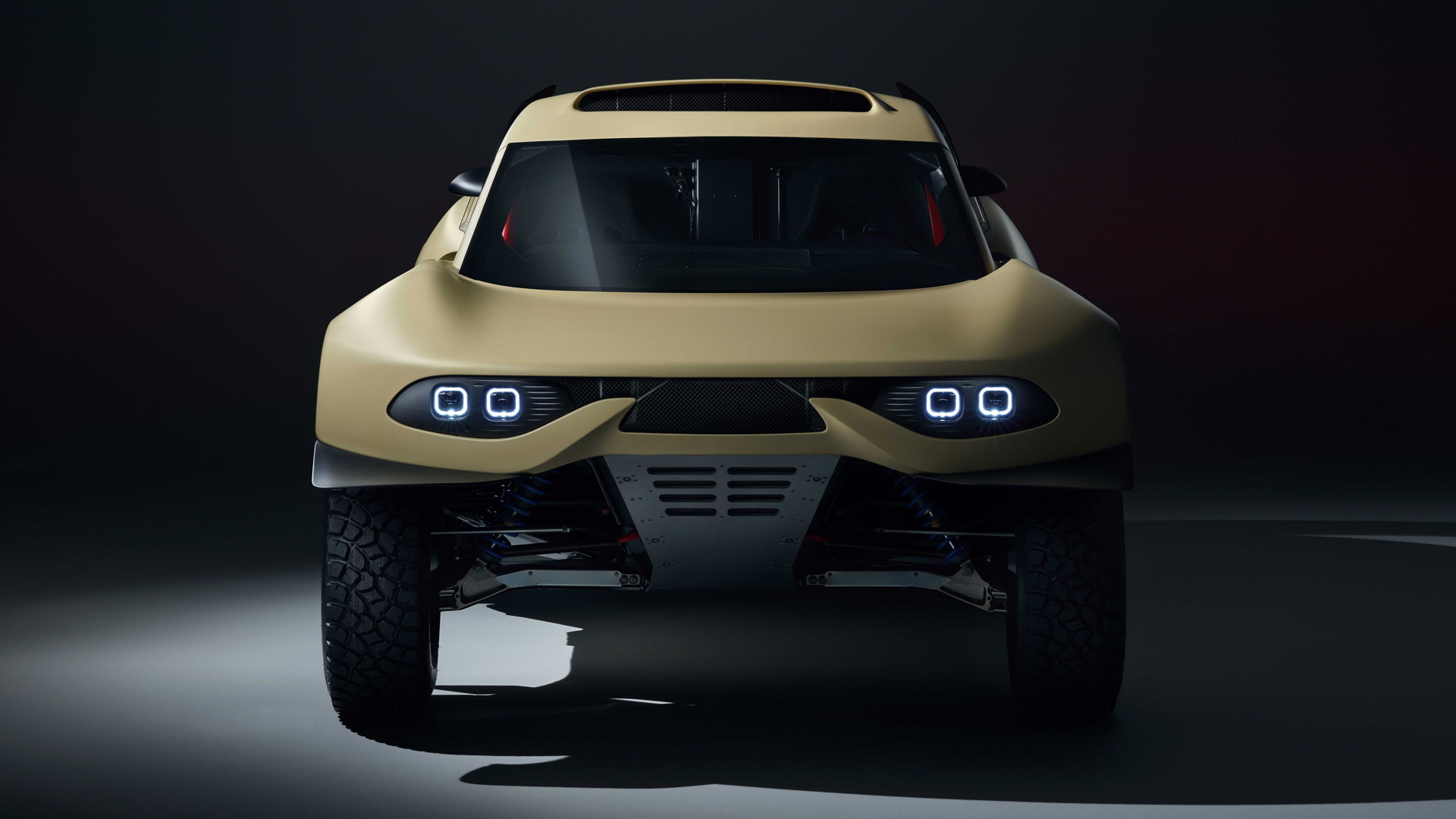 Called the Hunter, the vehicle packs 600 hp and has been previously described by David Richards, Prodrive's CEO and founder, as a “Ferrari of the desert.”

Like the rally car, the Hunter comes with a mid-mounted 3.5-liter twin-turbocharged V-6 sourced from Ford. However, the 600-hp output makes the road car faster than its racing counterpart, whose engine only delivers 400 hp. The road car also sports a 6-speed sequential transmission with paddle shifters, instead of the rally car's manual unit.

There were other changes to make the road car more comfortable, too, such as more suspension travel (up to 15.75 inches) to better cushion things on rough terrain, and an interior with a few creature comforts. Driver information is provided by way of a digital instrument cluster, while all of the controls are housed in the center console.

Underpinning the Hunter is a steel space-frame chassis, and attached to this are double wishbone suspension with twin adjustable dampers at both ends. The tires are a 35-inch set, and the brake package consists of steel discs with six-piston calipers. Composite materials, including some carbon fiber, have been used for the body.

Performance estimates include a 0-60 mph time of less than four seconds and, depending on the tires, a top speed approaching 186 mph.

Who might be interested in a Hunter? According to Richards, the vehicle could be an option for performance enthusiasts in areas where smooth roads are hard to find.

“There are numerous hypercars on the market, however they all need good roads or even race tracks to show their performance,” he said in a statement. “We identified that in certain parts of the world, particularly the Middle East, there are vast expanses still to be explored that go way beyond the access provided by asphalt roads.”

Deliveries start later this year. Pricing hasn't been announced but is thought to start above 1 million British pounds (approximately $1.30 million).