As the first production mid-engine Chevrolet Corvette, the C8 broke new ground for the sports car. But does the C8 actually look like a Corvette? Hot rodder Chip Foose doesn't think so, and he offered his opinion on how to improve the design in a video posted to YouTube.

Foose said one of things he liked most about the Corvette was the clear evolution of its design over the first seven generations. That abruptly ended with the C8, as the proportions were completely changed to accommodate an engine behind the driver.

A mid-engine layout brings significant performance benefits, which helped the C8 win Motor Authority's Best Car To Buy award, but it also erased the Corvette's heritage, according to Foose, who believes the C8 is too generic looking, and too easily confused with other mid-engine cars like the Acura NSX. 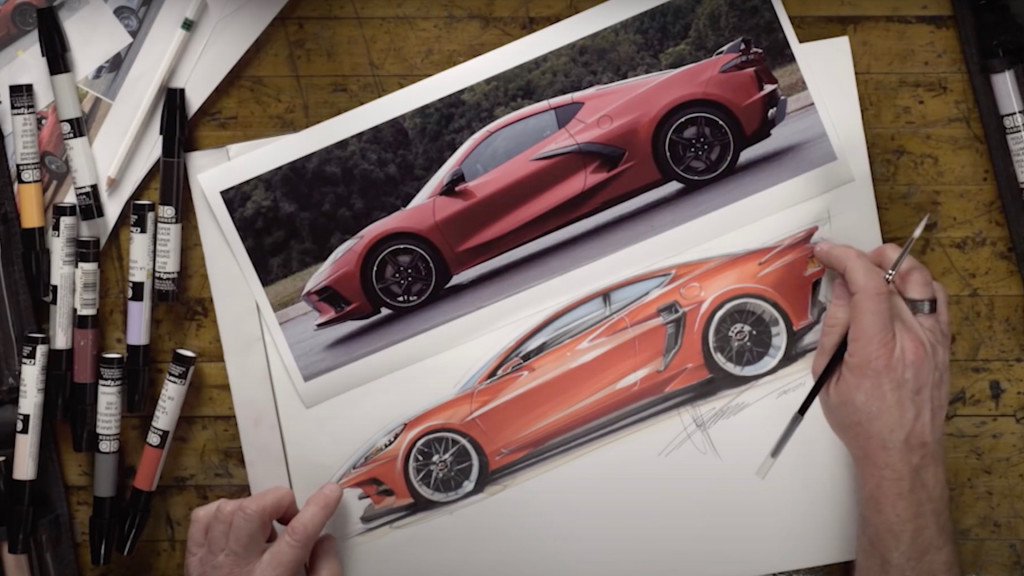 Foose's solution, as laid out in a sketch, takes more styling cues from the previous-generation C7 Corvette. Foose used the front-fender vents from the C7, flipping them around to serve as air intakes for the mid-mounted engine. Foose's version also has more pronounced rear haunches and a longer hood, linking it more closely to the C7 and continuing that evolutionary line.

That design DNA may soon get stretched to its limits, if reports that Chevy is mulling a Corvette-badged electric SUV prove true. That would take advantage of General Motors' new Ultium battery system, and give Chevy a competitor to the Ford Mustang Mach-E but, as far as we know, the plan hasn't been approved.

The traditional Corvette could also go electric eventually, as part of GM's "aspiration" to eliminate tailpipes from its passenger-car lineup by 2035. That would certainly open up a lot of design possibilities.