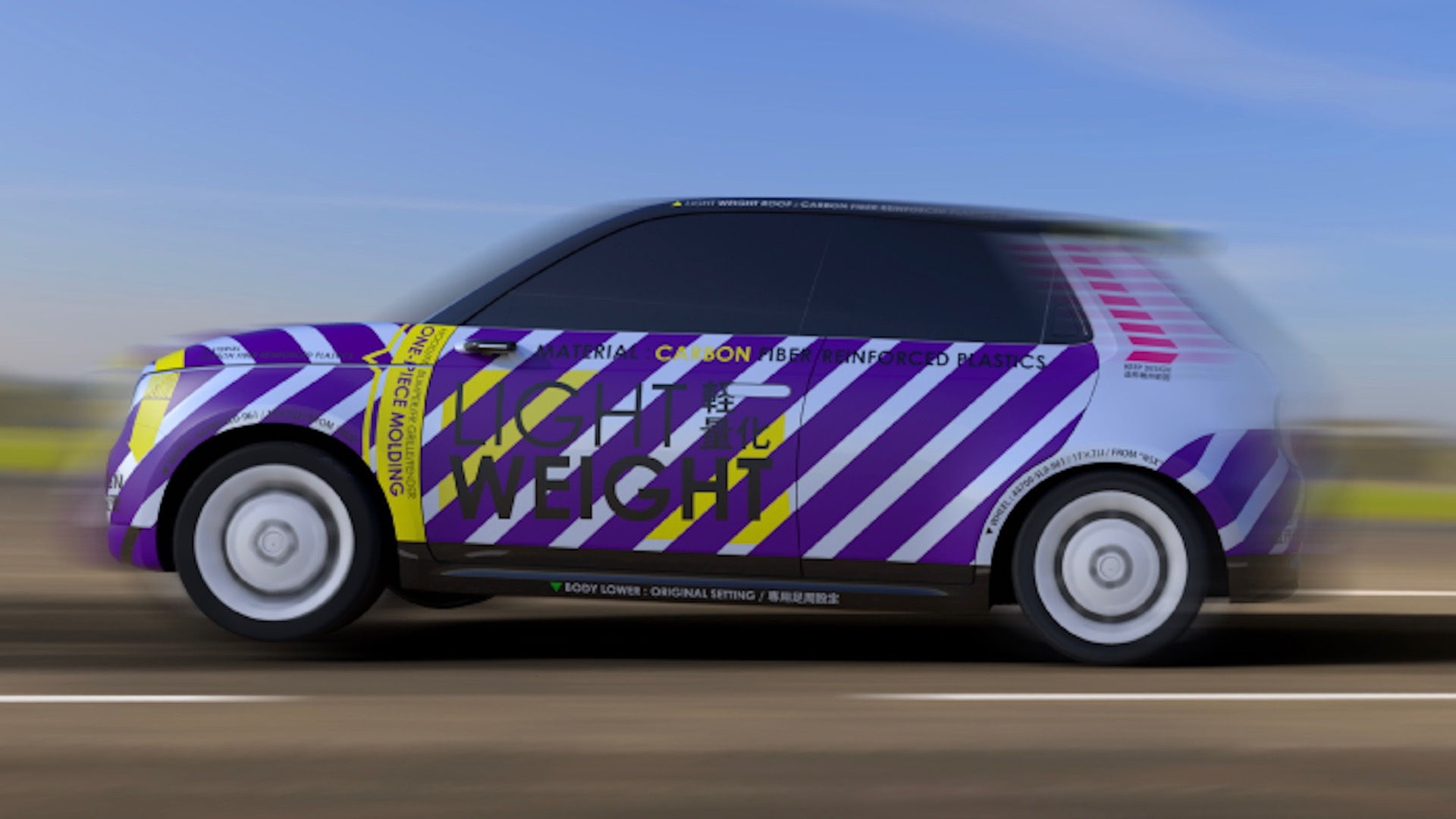 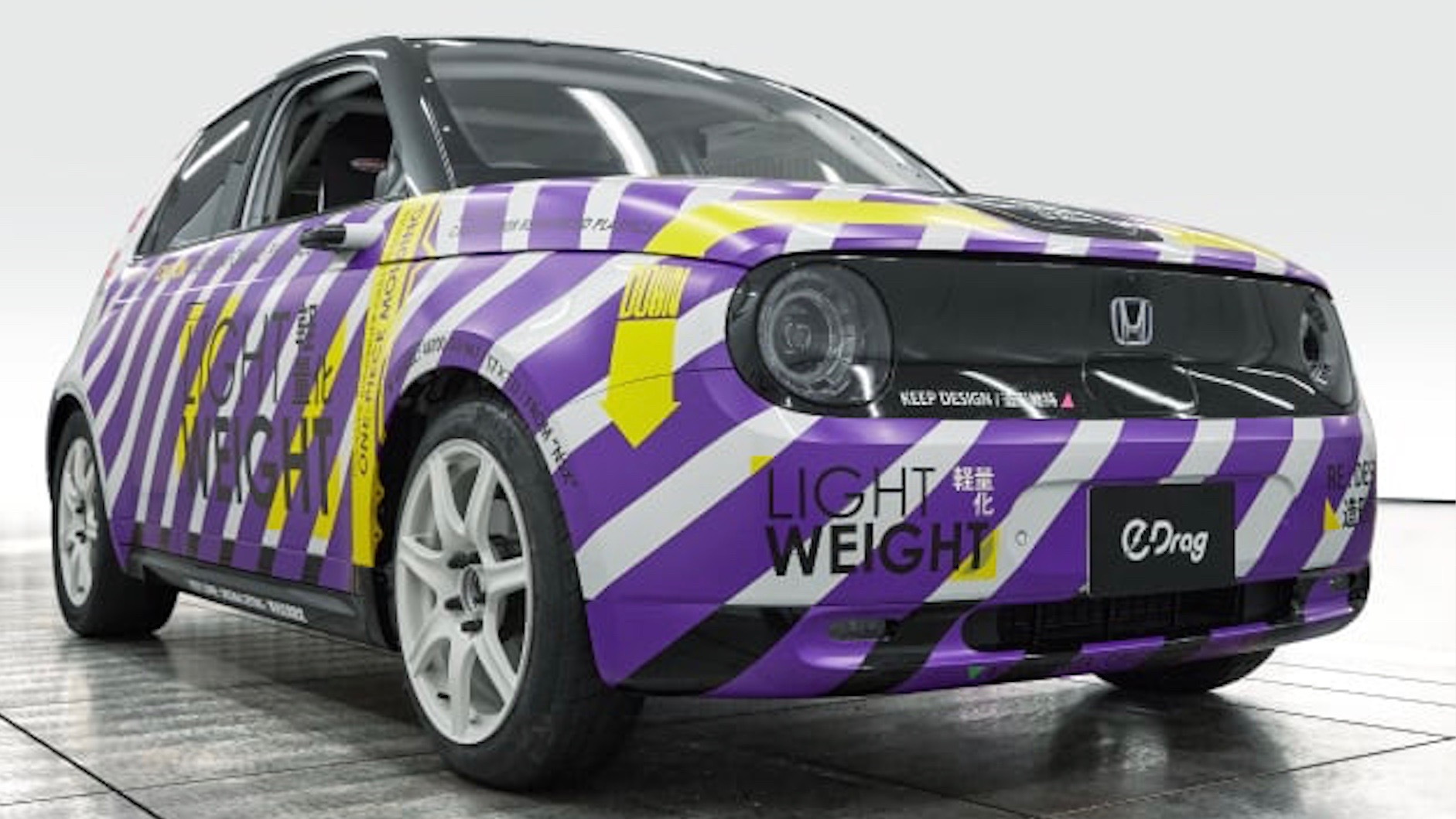 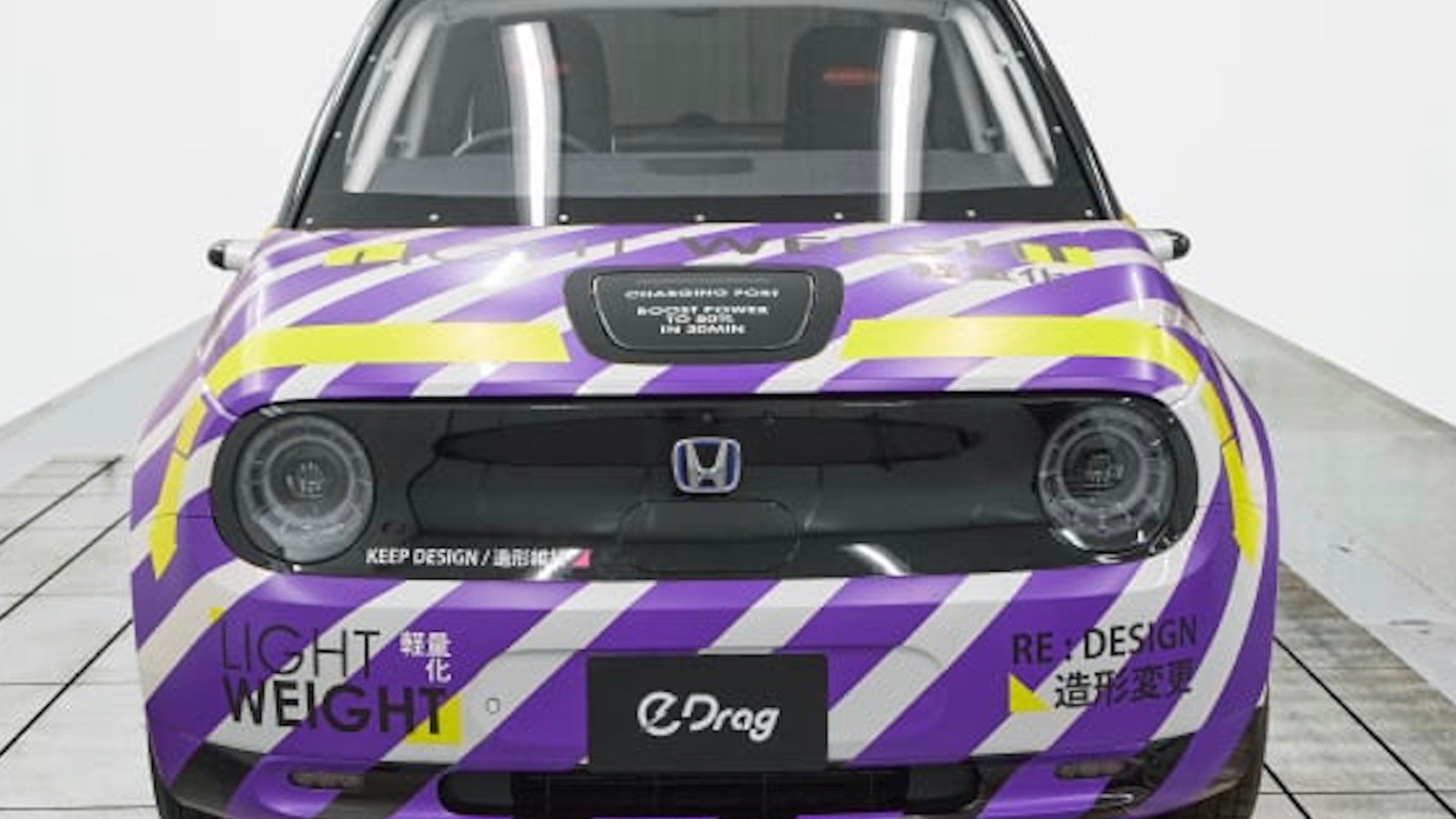 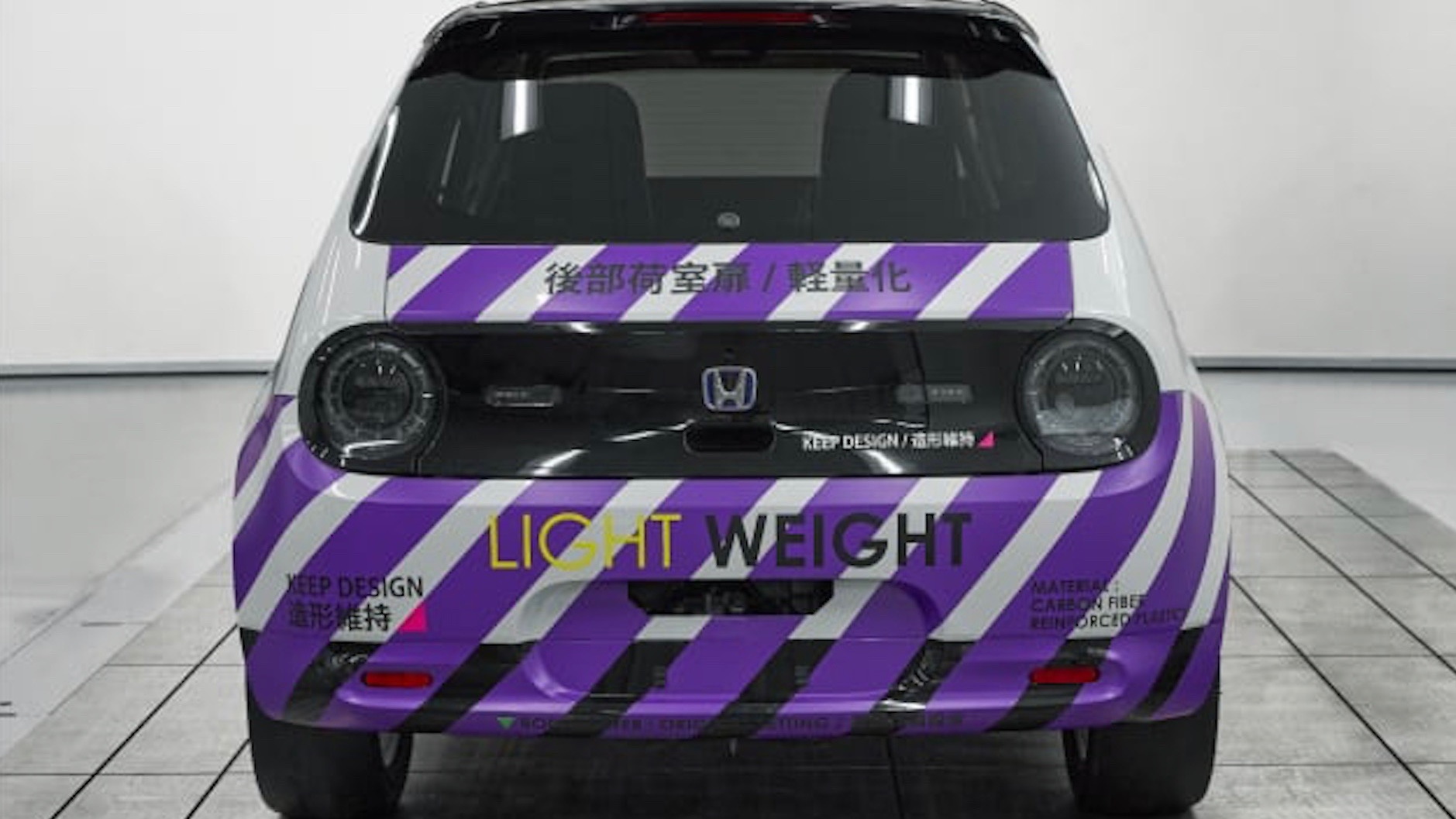 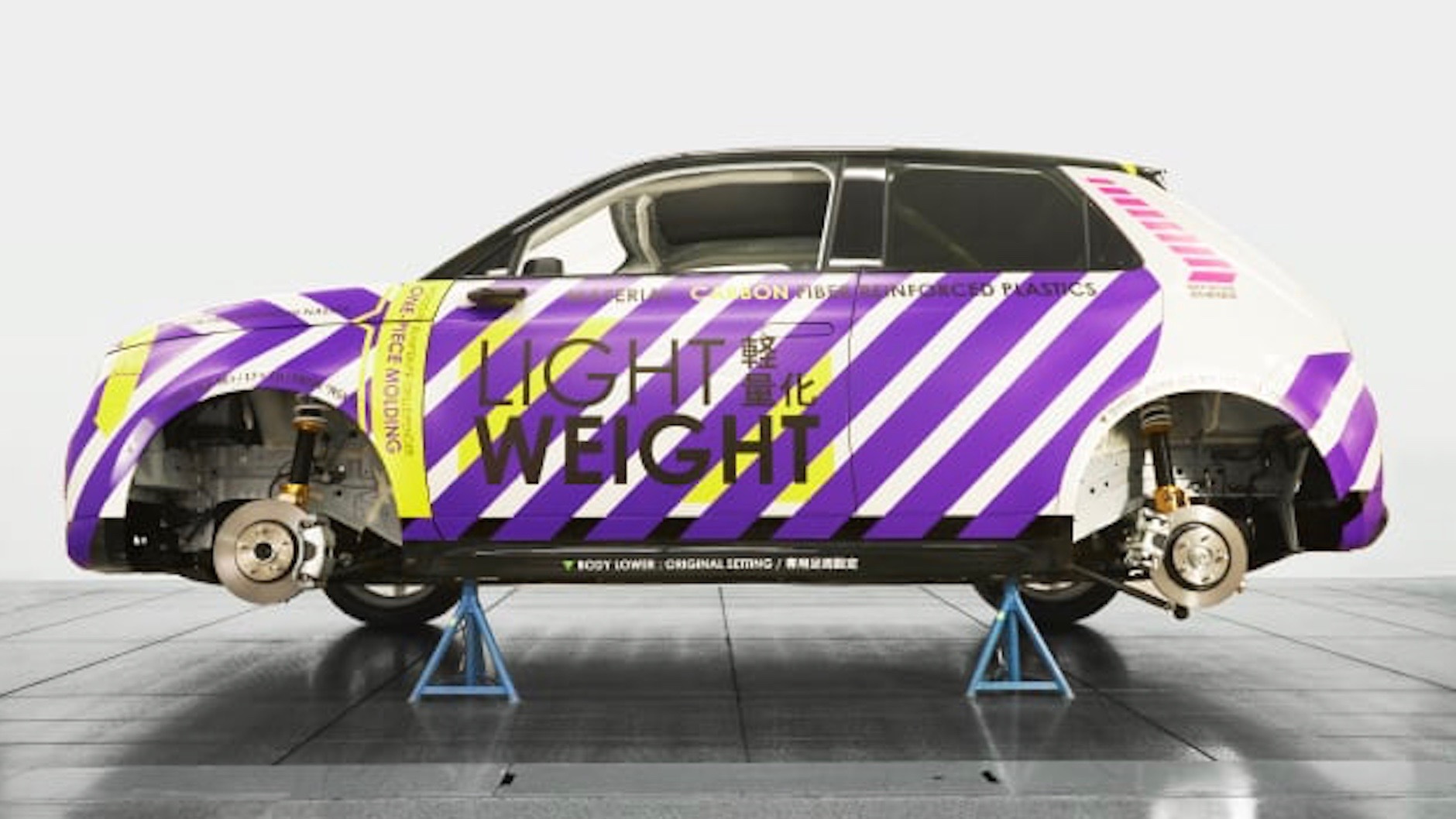 The Honda E electric car sold overseas has won praise for its adorable retro styling, but it's not exactly a performance car. Yet Honda decided to turn the tiny hatchback into a drag racer for this month's 2021 Tokyo Auto Salon.

The Honda E-Drag, which is strictly a concept vehicle, relies primarily on reduced weight to improve quarter-mile times. The concept features a carbon-fiber-reinforced plastic roof, along with body panels with a simplified mounting arrangement. Honda also stripped the interior to bare metal, removed the rear seats, and replaced the front seats with lightweight drag-racing buckets.

Honda also installed a set of 17-inch wheels from a first-generation Acura NSX, and wrapped them in drag slicks. The E-Drag rides on lowered suspension as well.

The Honda E sells for about $37,000 in Europe, but it's not coming to the United States. That may be partly down to the hatchback's lack of range. Its 35.5-kilowatt-hour lithium-ion battery pack provides just 136 miles of range on the European testing cycle, and would be even lower as measured by the EPA. Honda doesn't currently have an electric car in its U.S. lineup, having dropped the Clarity Electric after the 2019 model year.

Honda does plan to resume selling electric cars in the U.S. eventually, though. Honda reached a deal with General Motors last April to source a pair of electric vehicles based on GM's BEV3 architecture and Ultium battery system, for sale in North America. The first one is due as a 2024 model, and a recent report indicated the second might be an electric SUV for Acura.