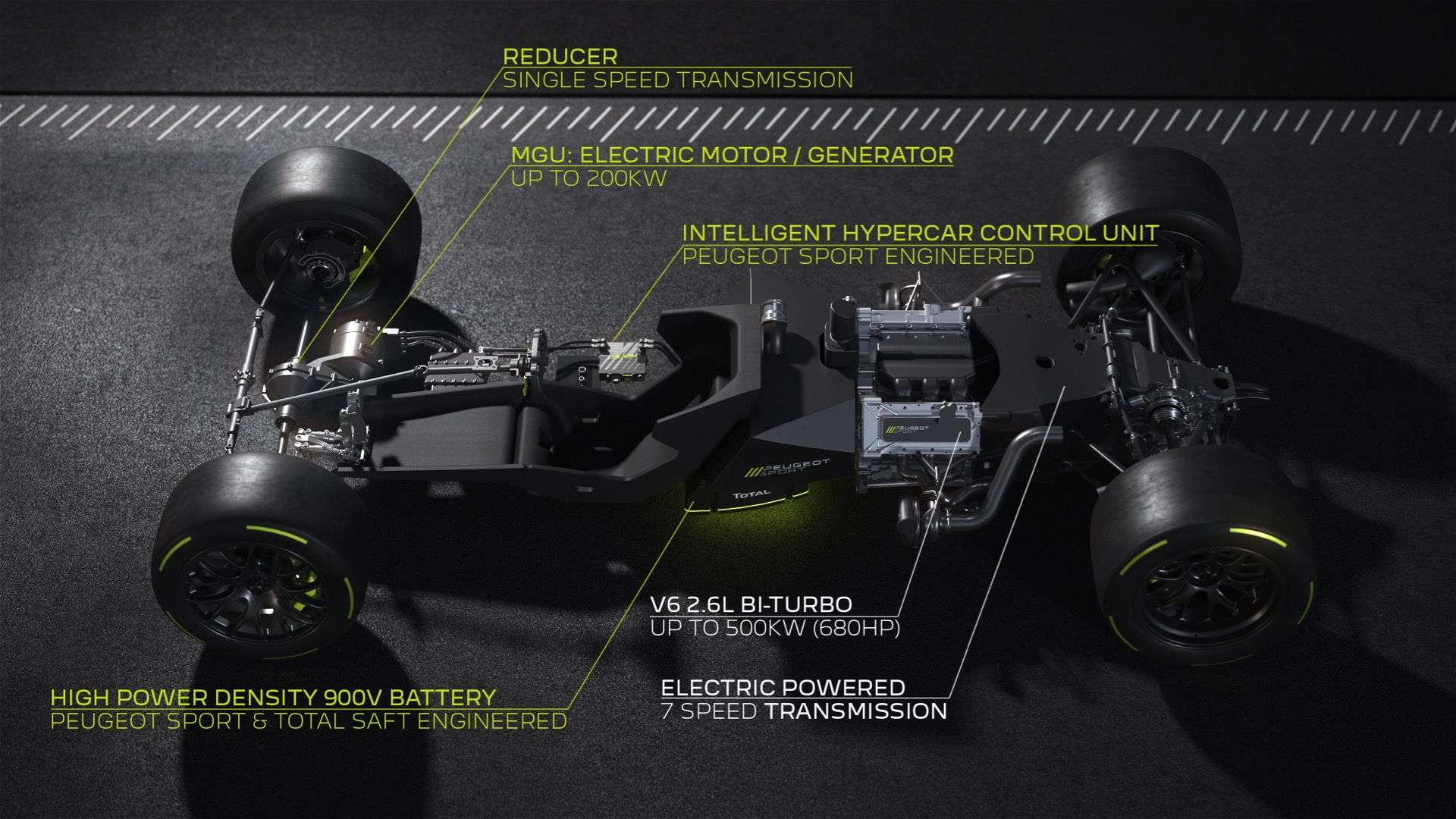 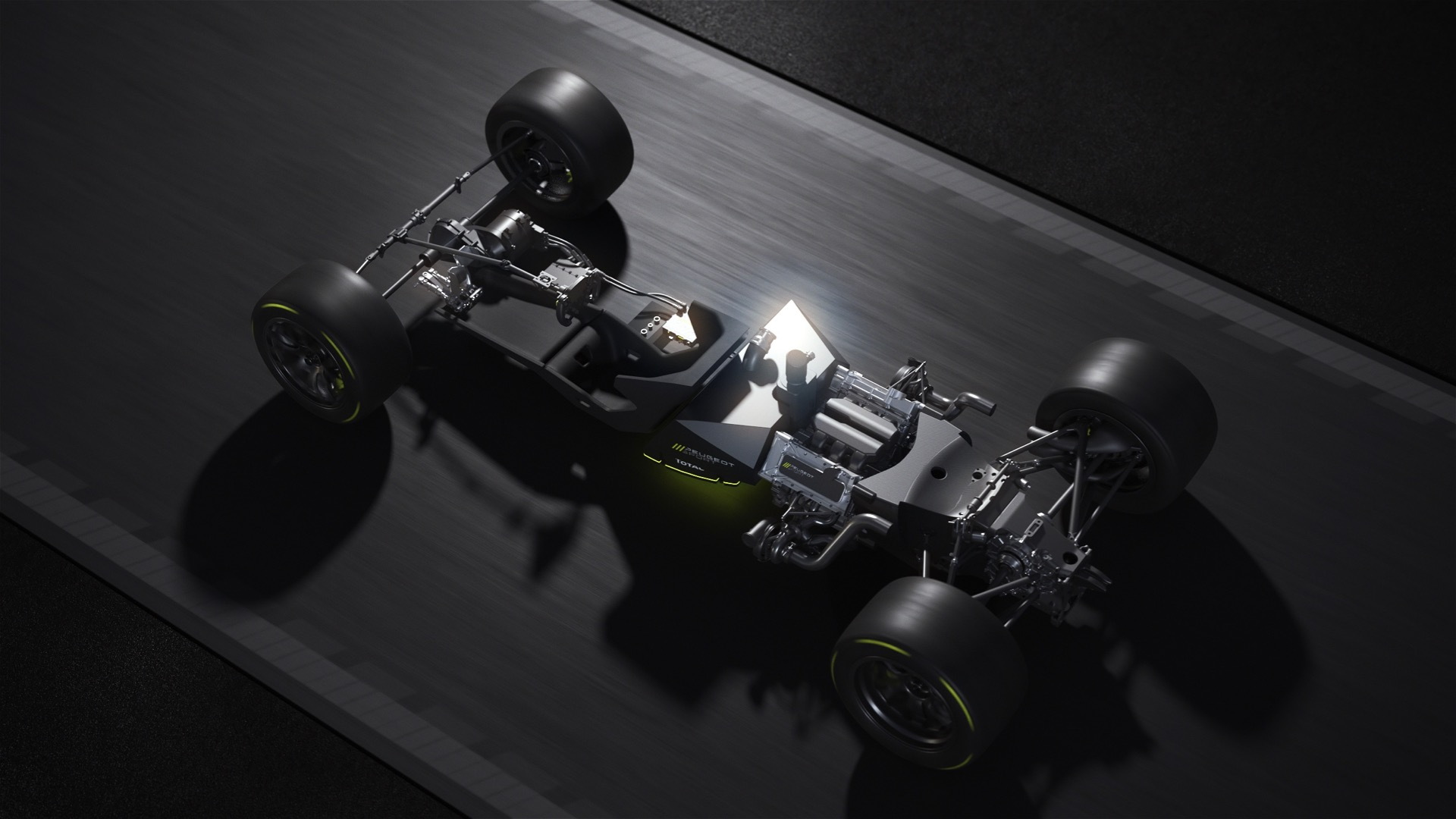 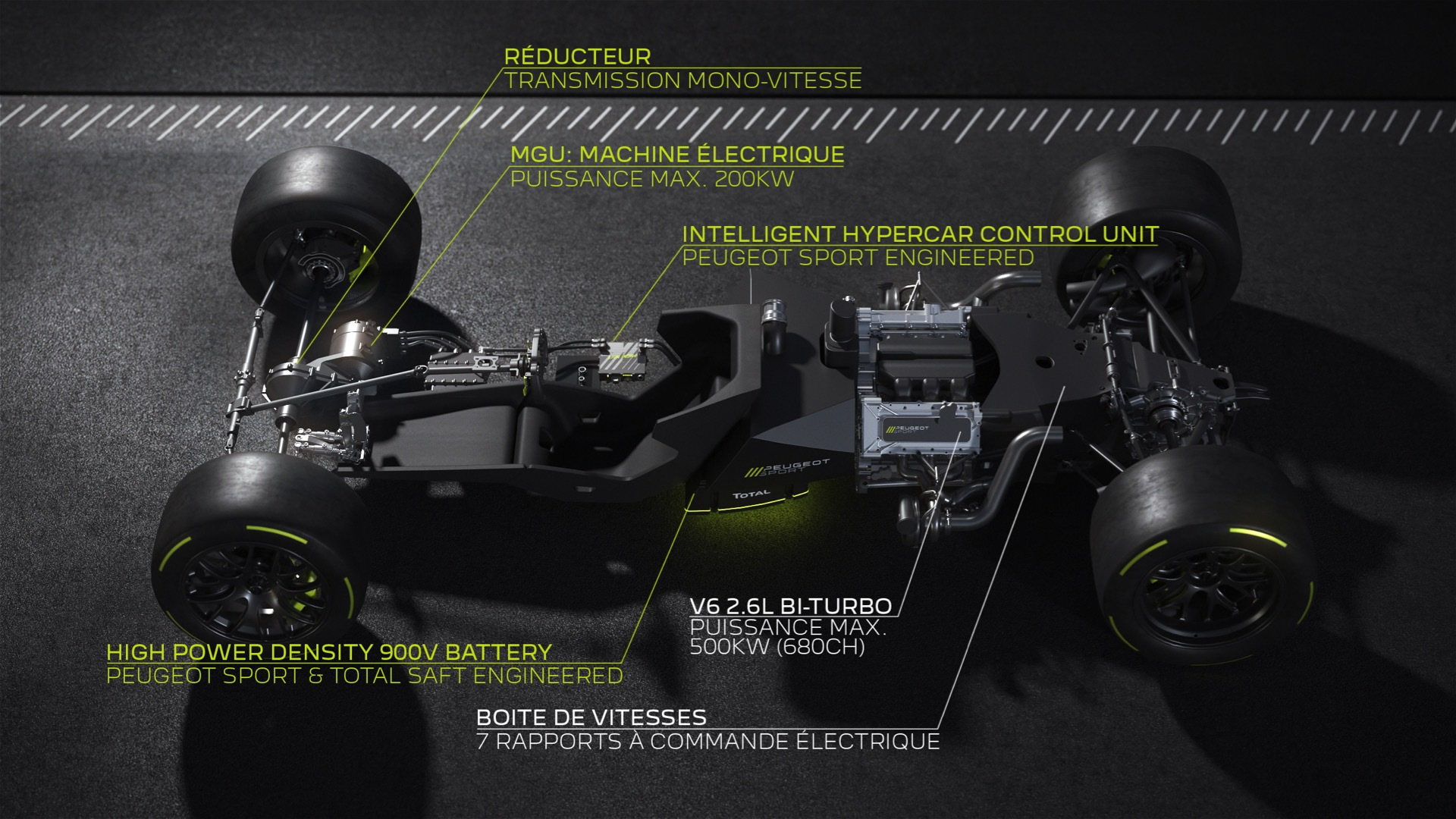 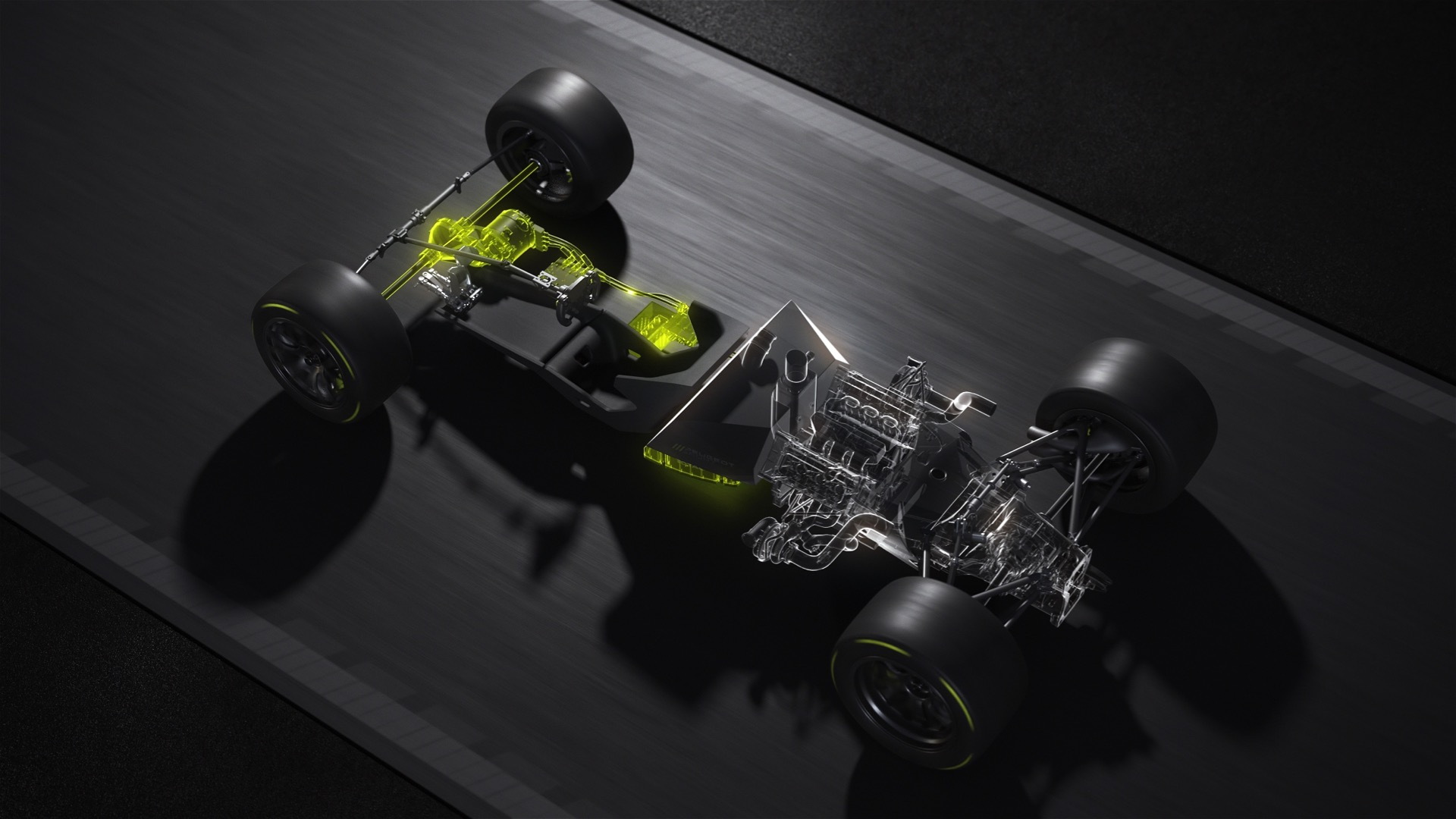 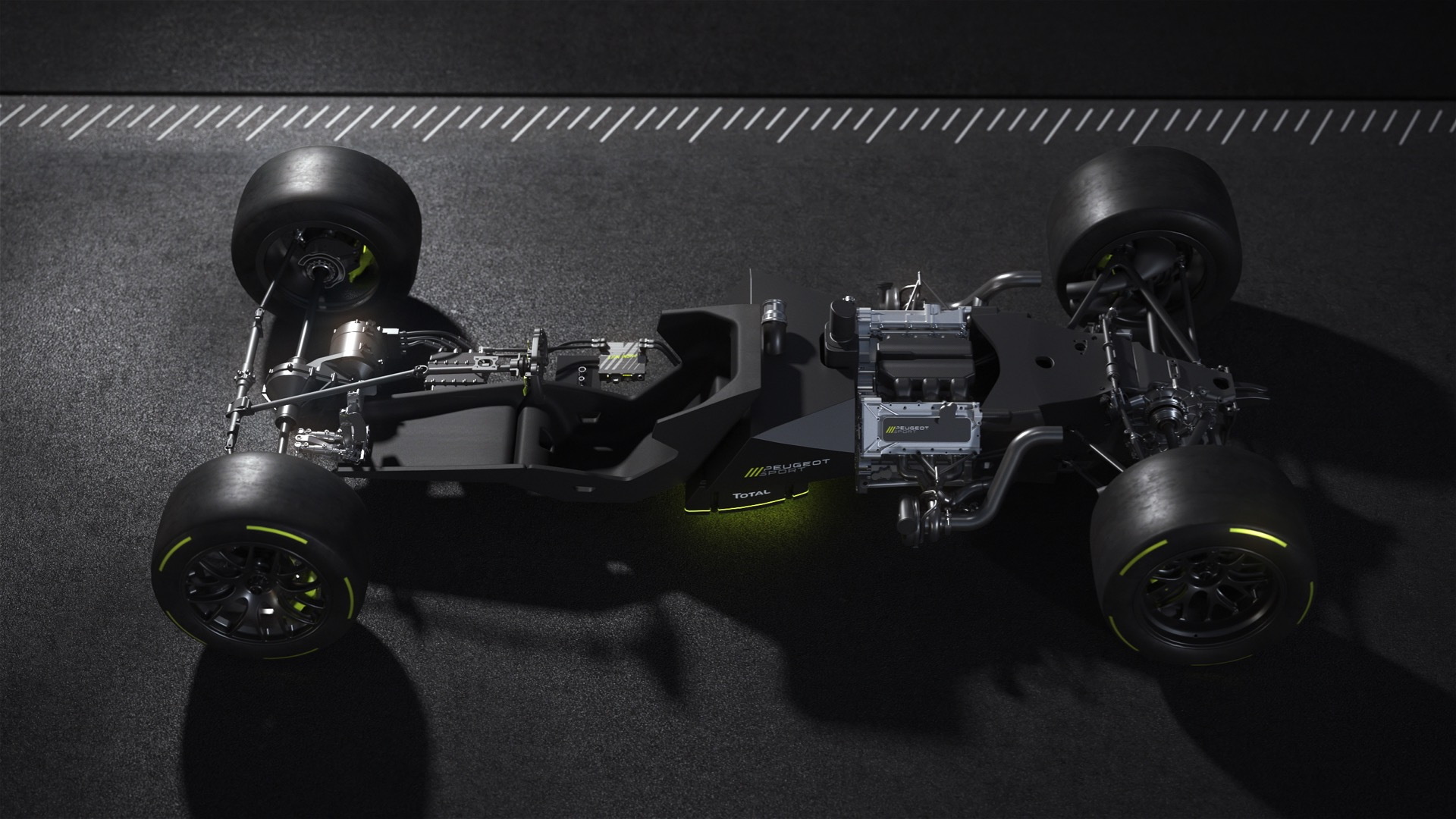 LMH is the new top-level class for the WEC, which includes the legendary 24 Hours of Le Mans. LMH cars will race alongside the current LMP1 cars, with balance of performance rules to create parity and competitiveness. The distinguishing feature of LMH cars is that they will spawn road cars; manufacturers will have to build 25 cars using the same powertrain by the second year of competition.

In a press release, Peugeot confirmed the Hybrid4 500KW name for its powertrain, and some basic specifications. The powertrain consists of a mid-mounted, twin-turbocharged 2.6-liter V-6 gasoline engine and 7-speed sequential gearbox driving the rear wheels, and a front-mounted electric motor-generator, giving the car all-wheel drive.

The V-6 makes 680 horsepower by itself, while the electric motor produces 268 hp, according to Peugeot. Power output is largely dictated by LMH-class rules, which also specify a minimum weight of 2,270 pounds, and how power can be deployed.

For example, the rules cap output at 680 hp during most of a race, so the V-6 will normally be dialed back to 408 hp to leave some margin for the motor-generator. However, the gasoline engine will be able to deploy full power when the battery pack is drained, and is allowed a temporary bump to 700 hp at the end of straights with an empty battery.

Electricity is stored in a 900-volt battery pack developed by Saft, a subsidiary of oil company and Peugeot technical partner Total. The pack is housed in a carbon casing behind the driver, and underneath the fuel tank.

Peugeot will skip next year's inaugural season, which will see the Toyota GR Super Sport and Scuderia Cameron Glickenhaus 007 face off. The French automaker plans to begin track testing at the end of 2021, with an eye toward entering competition in 2022. That means Peugeot's road car will need to be ready by 2023 at the latest.

Peugeot has a long history at Le Mans, scoring its last overall win in 2009 against then-dominant Audi. The German automaker is also returning to endurance racing, albeit in the LMDh (Le Mans Daytona hybrid) class of the United States-based IMSA WeatherTech SportsCar Championship.