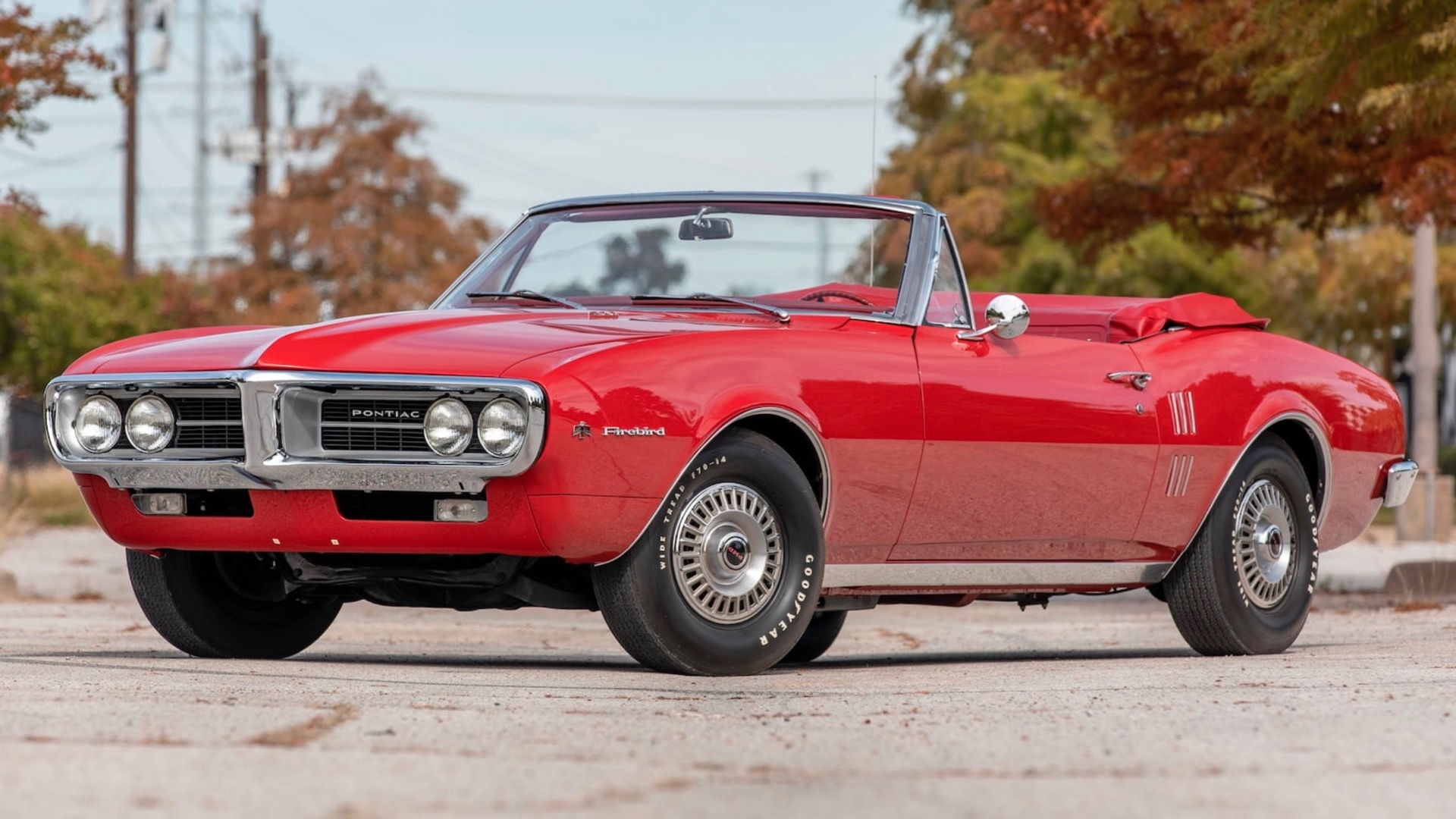 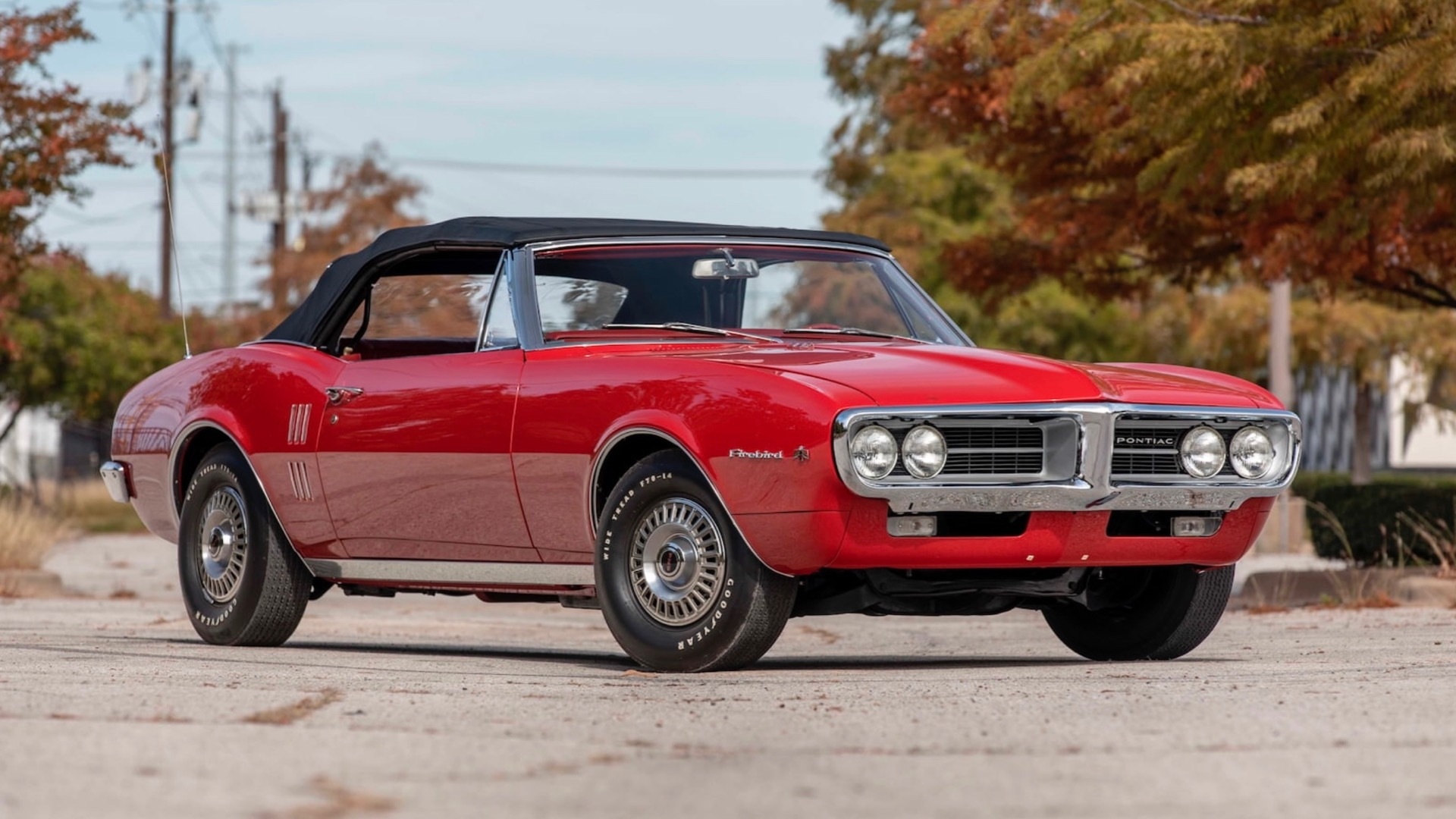 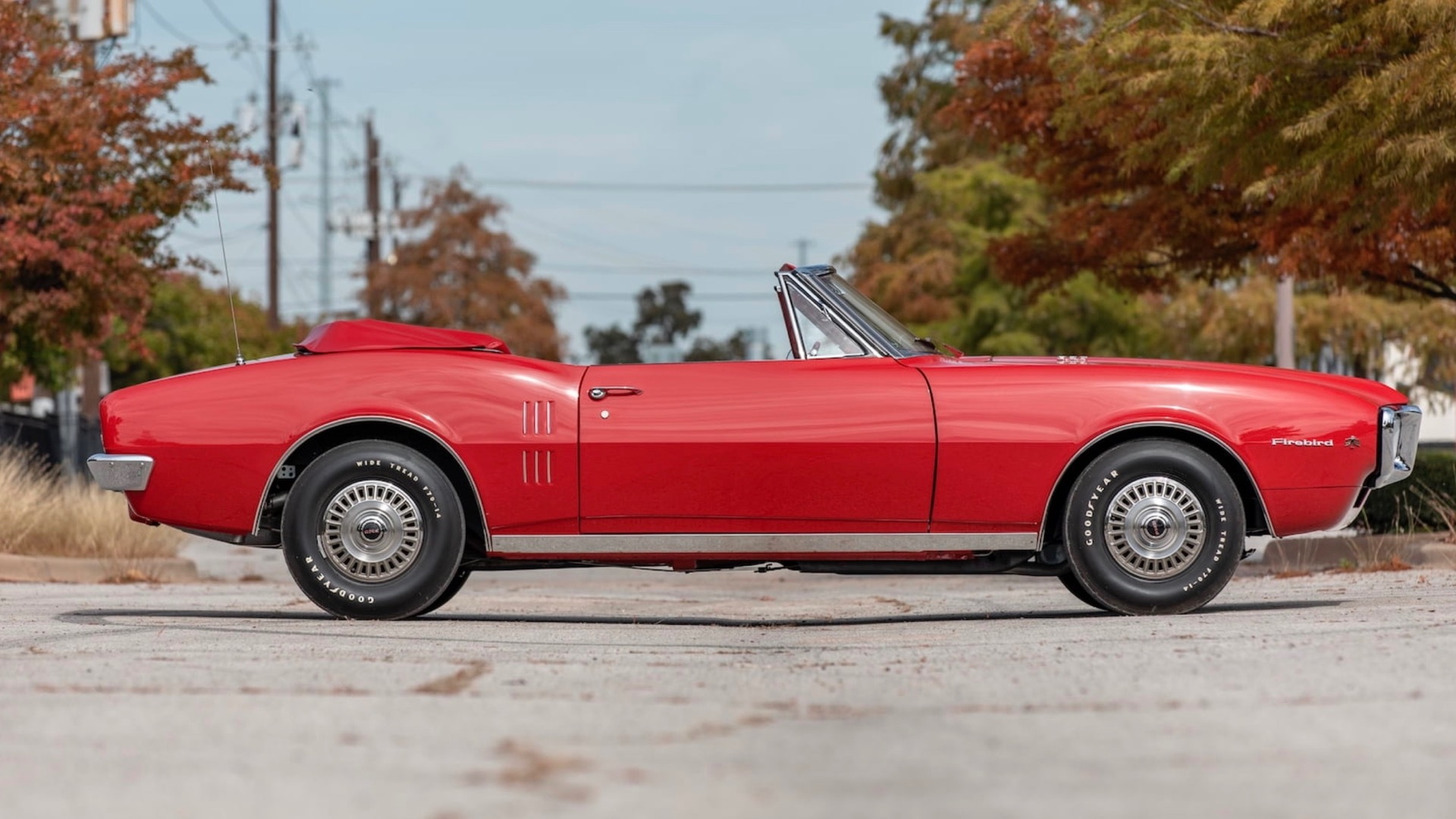 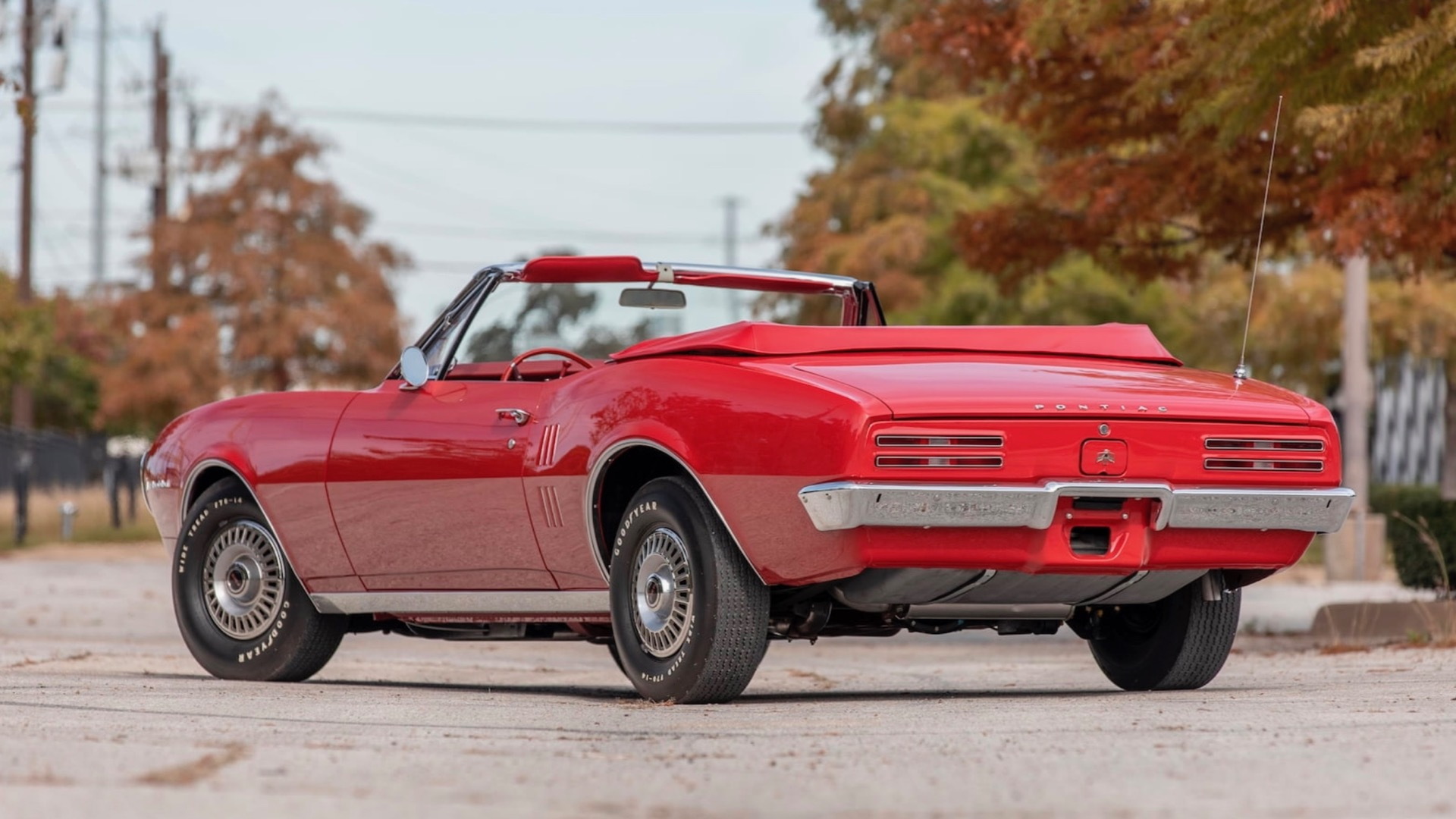 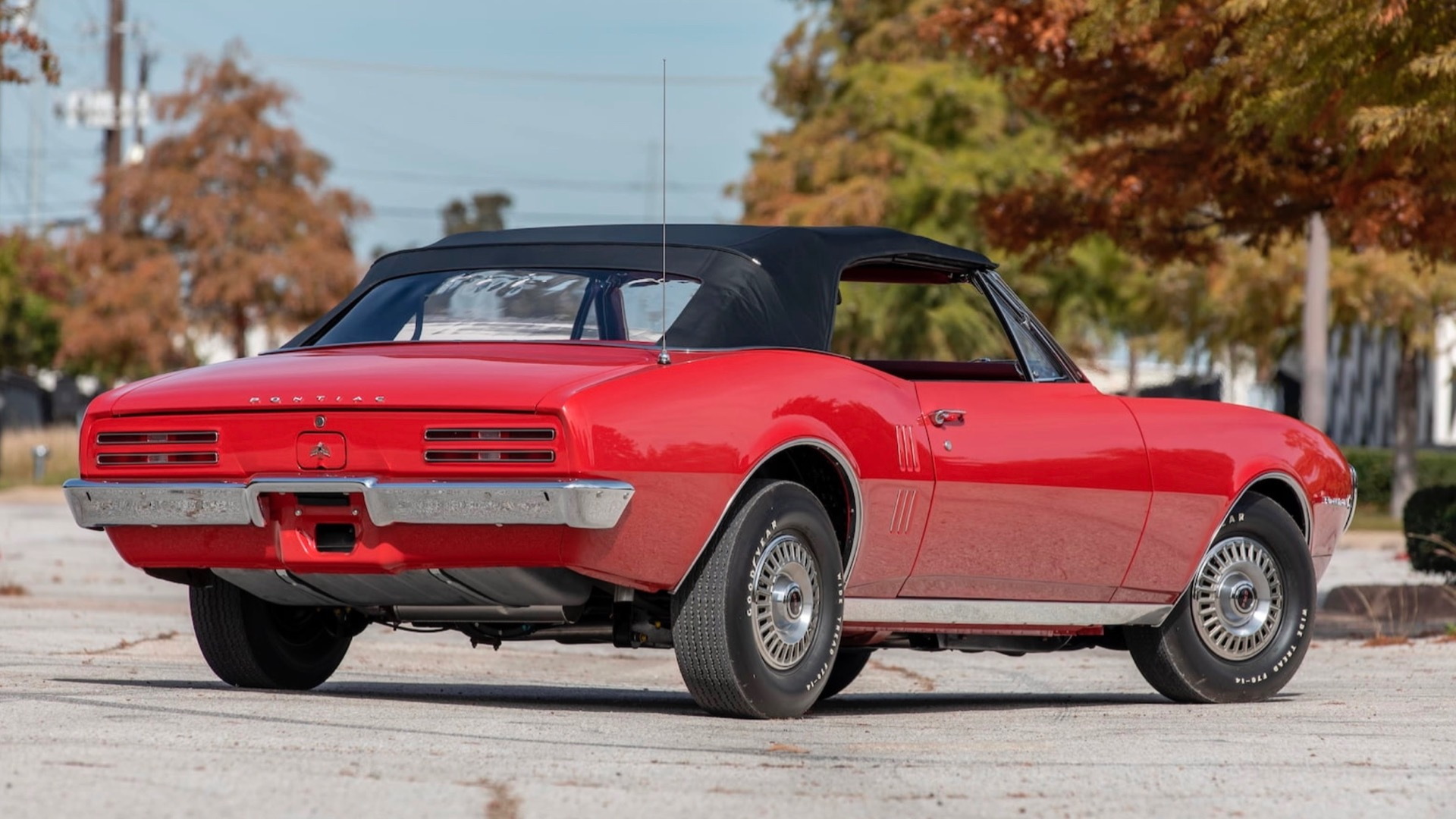 The first Pontiac Firebird produced is scheduled to cross the auction block later in January. Serial number 001, a 1967 Pontiac Firebird convertible, will be part of a Mecum Auctions sale running January 7-16 in Kissimmee, Florida. The estimate is $175,000-$225,000.

Recently restored to stock condition, the Firebird wears Regimental Red paint, with a black convertible top and red interior. It's powered by the same L30 326-cubic-inch V-8 it left the factory with. The engine is fitted with a 2-barrel Rochester carburetor and makes 250 horsepower. Drive is to the rear wheels through a 2-speed Powerglide automatic transmission.

This car and the second production Firebird were featured on the Discovery Channel show "Fast N' Loud," which follows Richard Rawlings and his Gas Monkey Garage custom-car shop. In 2014, Rawlings unearthed the two Firebirds, which were owned by former NBA player Chuck Aleksinas and stored in a Connecticut garage.

Both Firebirds were treated to full restorations and featured on two episodes of "Fast N' Loud." The first production Firebird now features new paint and a new interior, with 80,389 "believed-original" miles, according to the listing. It's presented with documentation to prove its provenance, and the factory build sheet.

This may be the first production Firebird, but a bit of Firebird pre-history also recently came up for sale. In April, a Connecticut Kia dealer listed one of two 1964 Pontiac Banshee prototypes for $750,000. The Banshee was the sports car Pontiac considered building before the Firebird, but General Motors nixed it, fearing it would compete with the Corvette.

Using the same F-Body platform as the Chevrolet Camaro, the Firebird enjoyed a 35-year production run before being discontinued in 2002. The demise of the Pontiac brand followed a few years later.