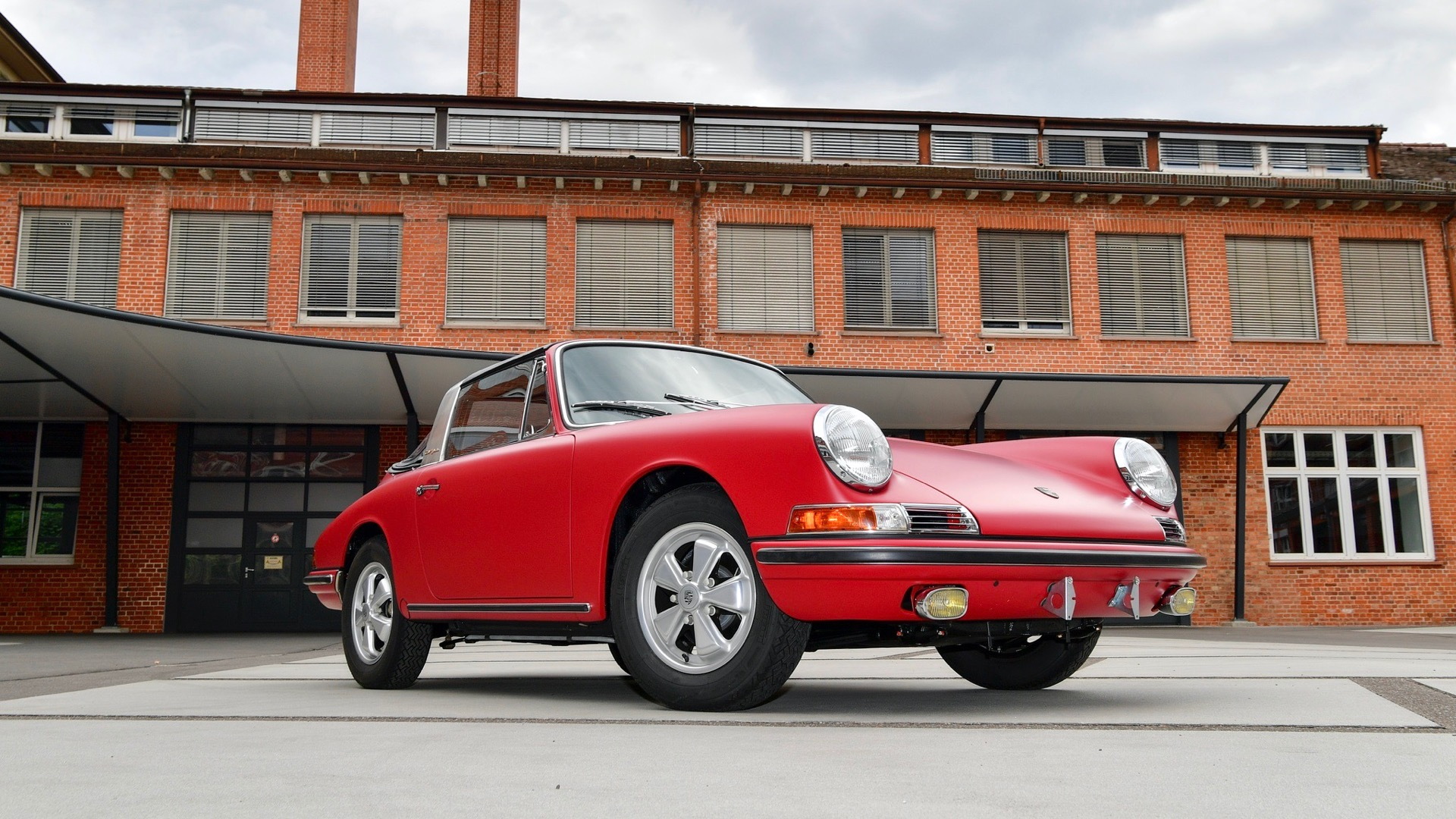 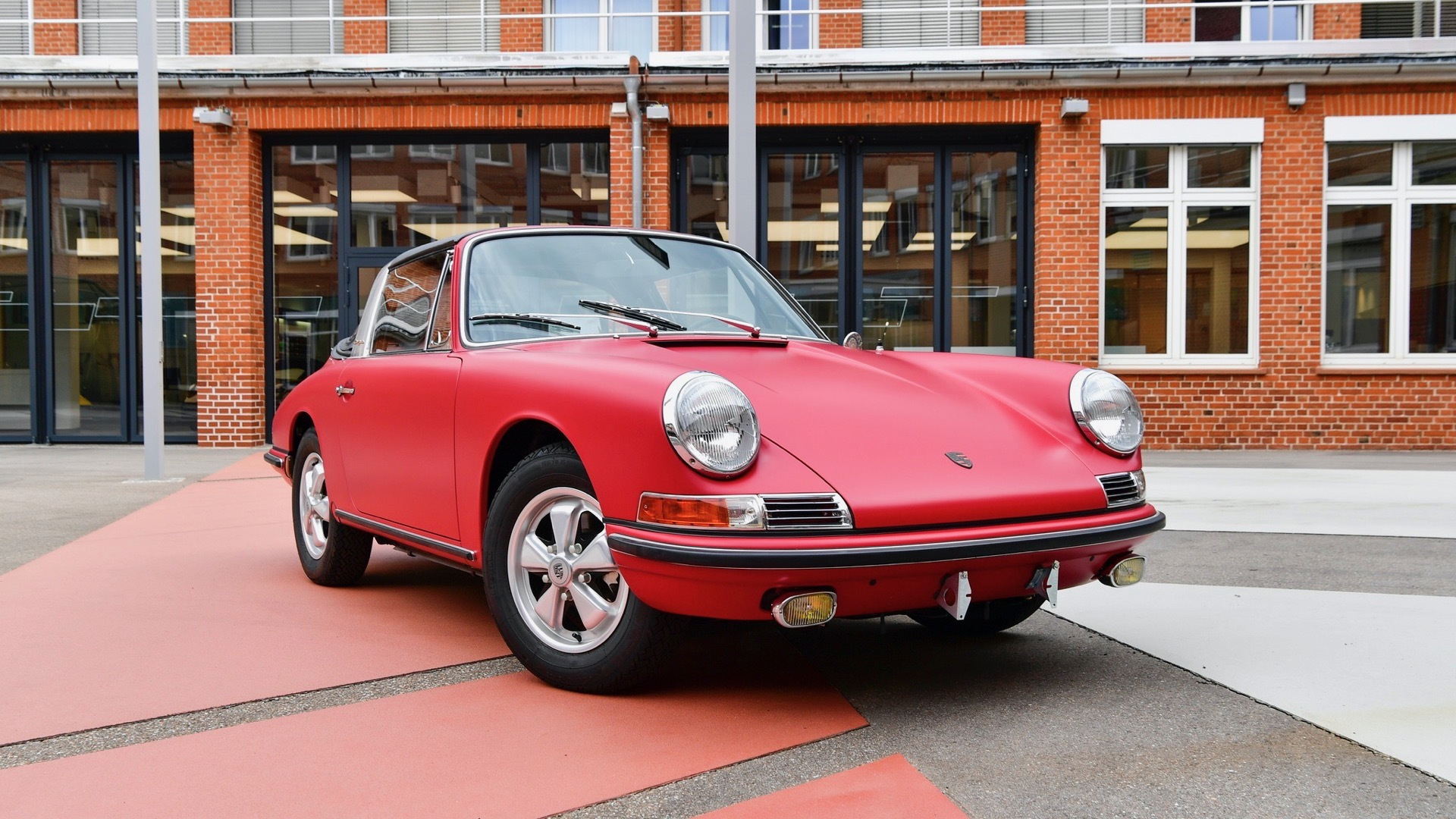 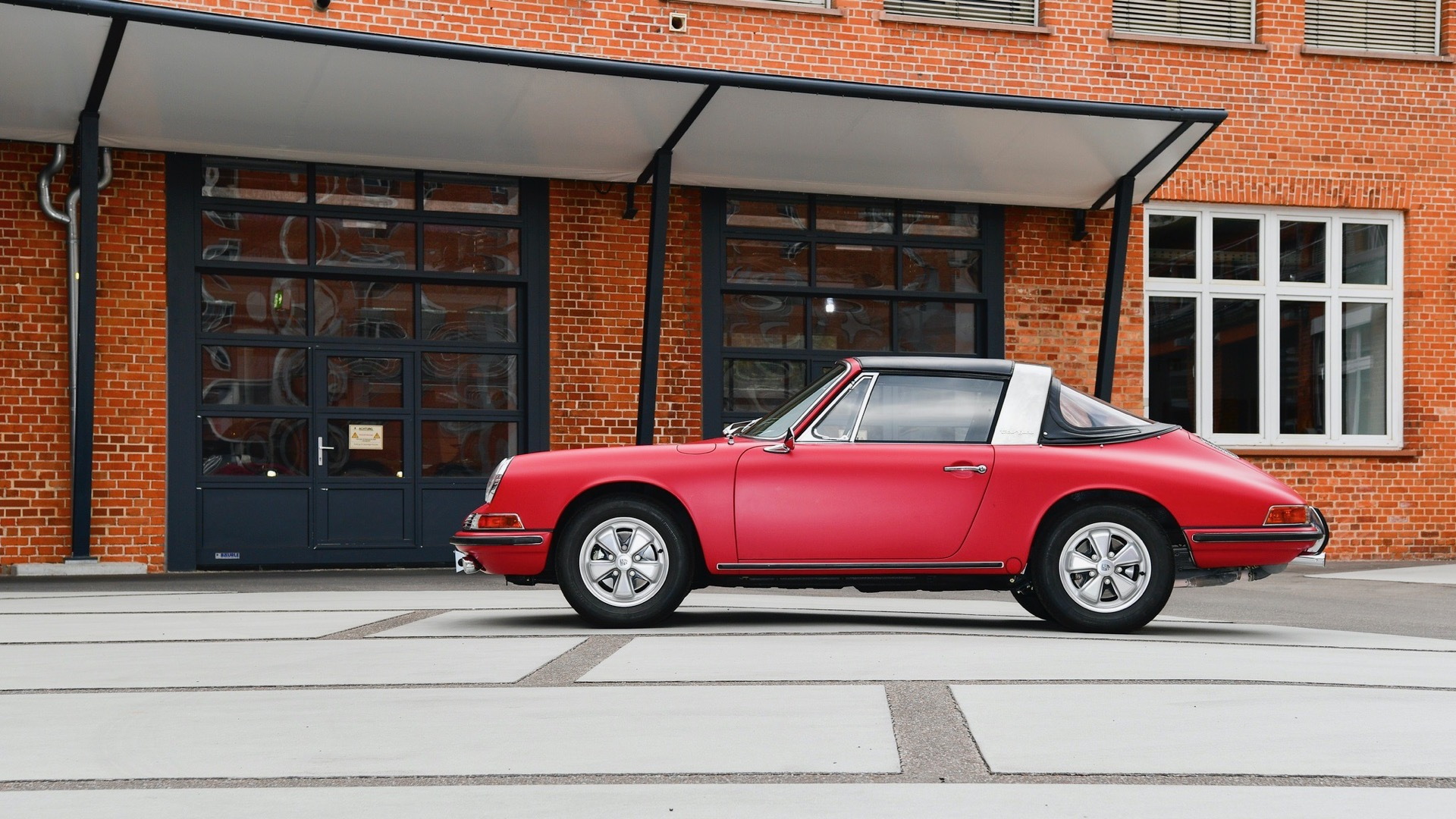 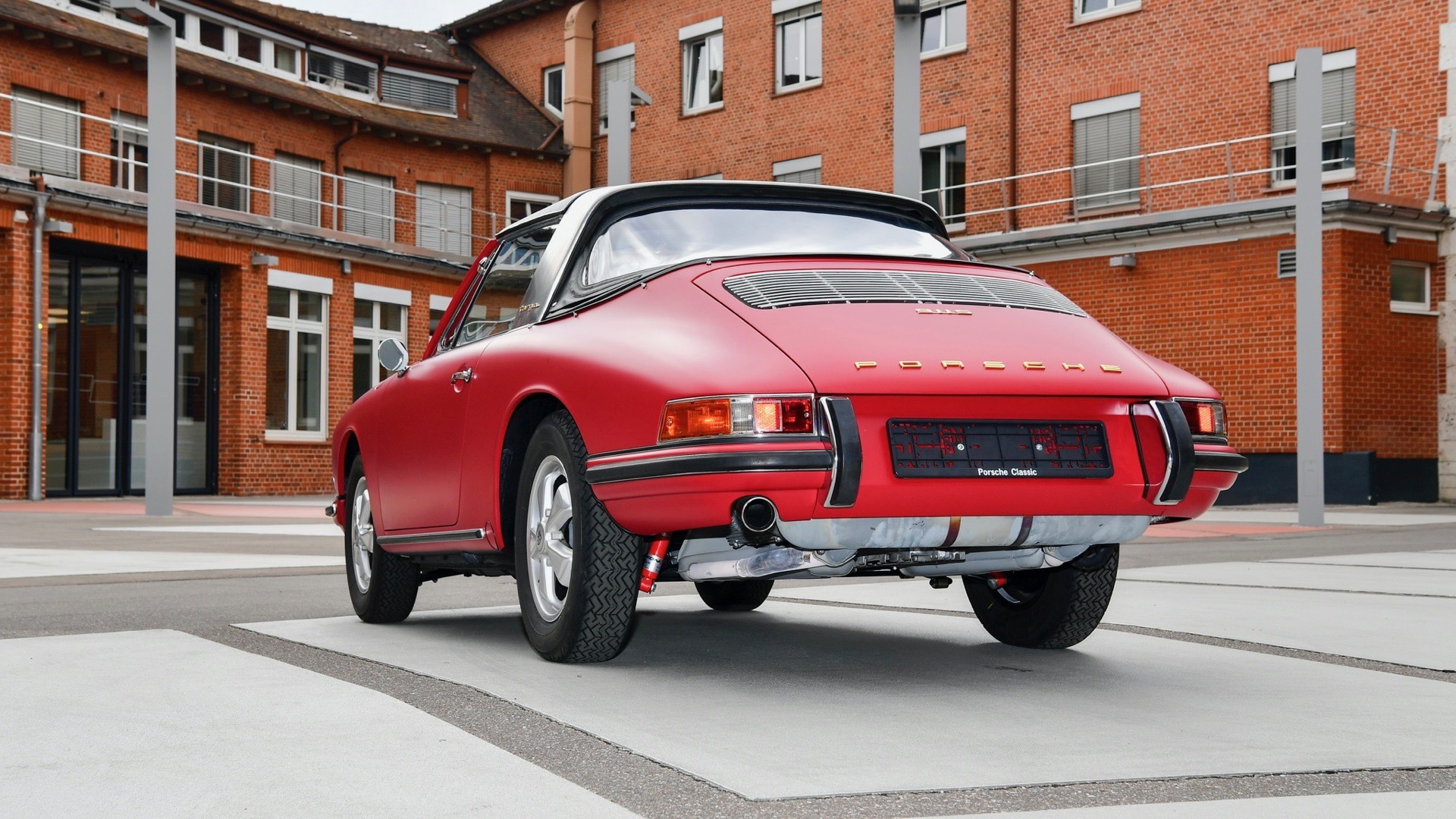 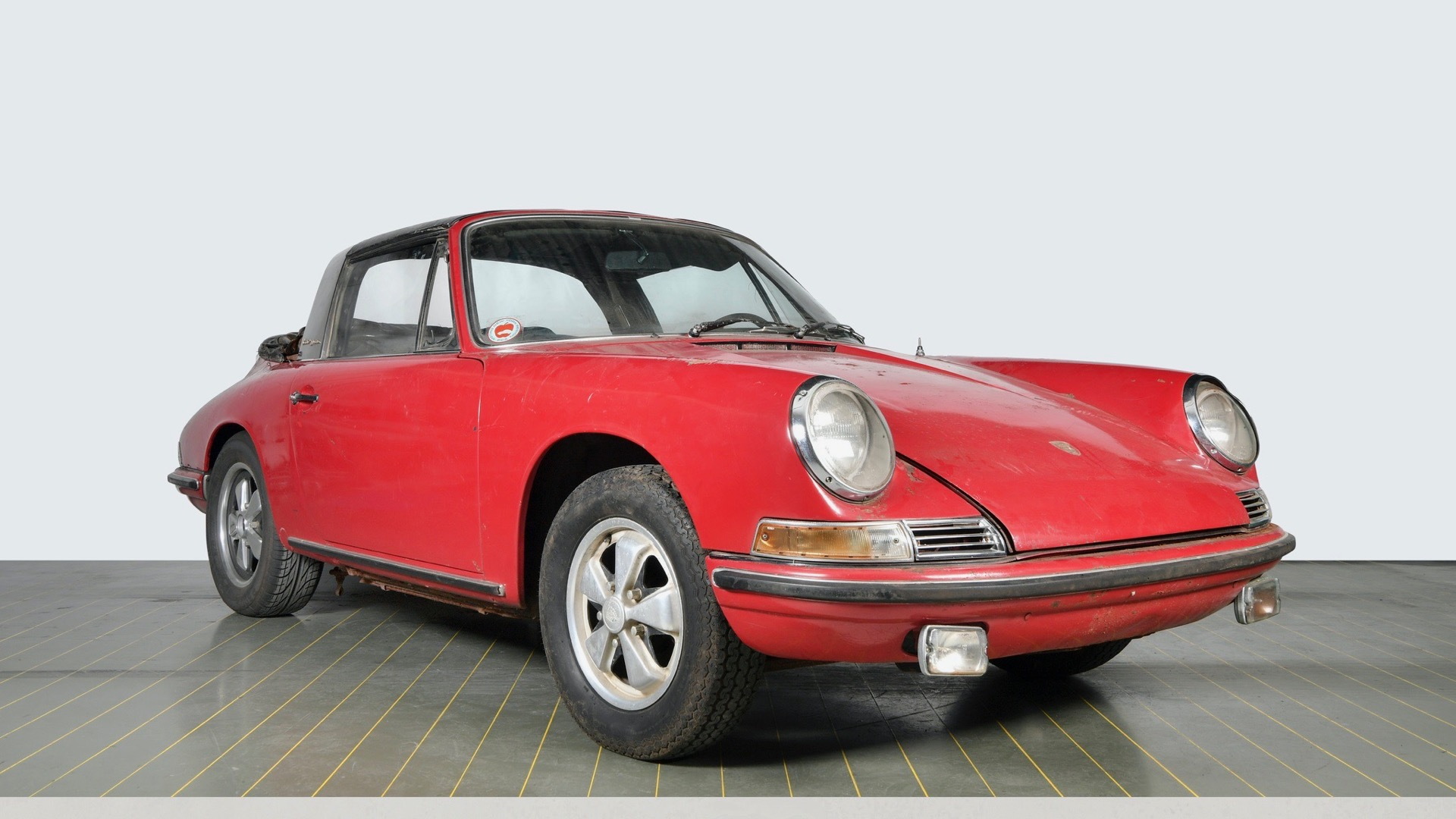 To show off the capabilities of its own restoration program, Porsche recently detailed the three-year restoration of a 1967 911 S Targa—one of the first Targa models produced.

With its integrated roll bar, the Targa was developed in response to an anticipated United States ban on convertibles.That ban never happened, but the Targa was nonetheless unveiled at the 1965 Frankfurt International Motor Show. This car's plastic rear window marks it as an earlier build (glass rear windows were adopted later in the 1967 model year). Porsche still makes a 911 Targa today, albeit with a somewhat different—and more complex—roof arrangement.

This 1967 model is also one of just 925 first-generation Targa S models. Those cars were only built between the end of 1966 and 1968. The 2.0-liter flat-6 S engine makes 157 horsepower and 132 pound-feet of torque. Power is sent to the rear wheels through a 5-speed manual transmission.

Originally delivered in Germany, the car was found in the U.S. by its current owner. After serving as a demonstrator for a Porsche dealership, the Targa was parked in a doorless garage in Long Beach, New York, where it sat from 1977 to 2016. By the time it was exhumed, the car was in a pretty sorry state, but it was at least complete.

The Targa still required many small parts, such as cable clamps, rubber grommets, and engine sealing plugs. The automaker doesn't use aftermarket parts in its factory restorations, relying instead on a warehouse chock full of 60,000 original spares.

Restorers planned to use modern materials for the Targa's roof, but it had a different grain than the original, which the customer disapproved of. So a new roof matching the original grain had to be fabricated. A stickler for originality, the customer also chose a two-part black paint undercoating, as would have been applied in 1967, rather than modern powder coating.

It took more than 1,000 hours of work to complete the restoration. The car now wears its original Guards Red, with paint protection film, so it can be driven without fear of stone chips.