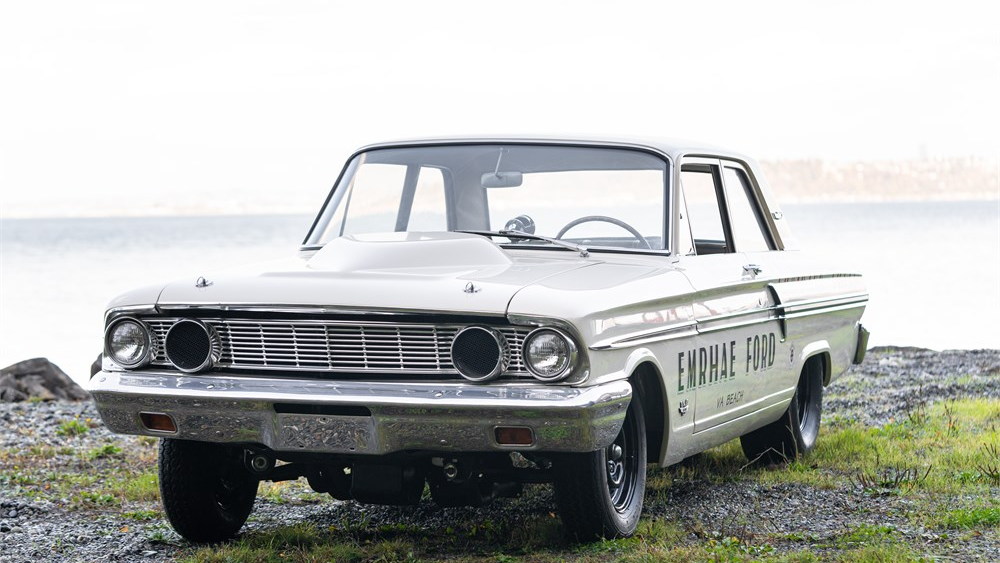 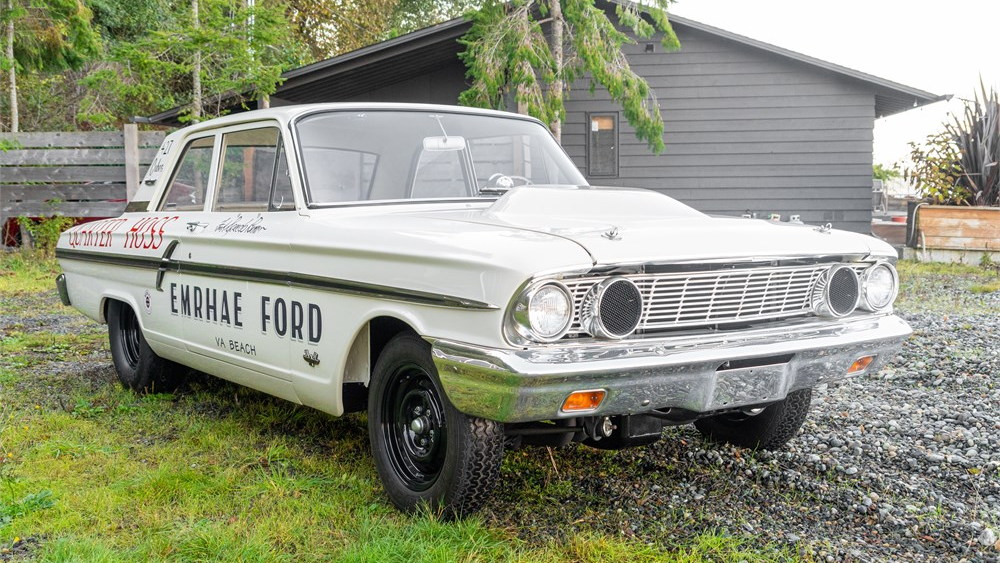 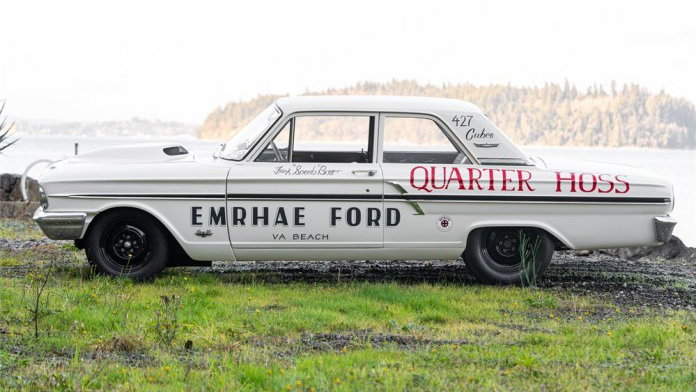 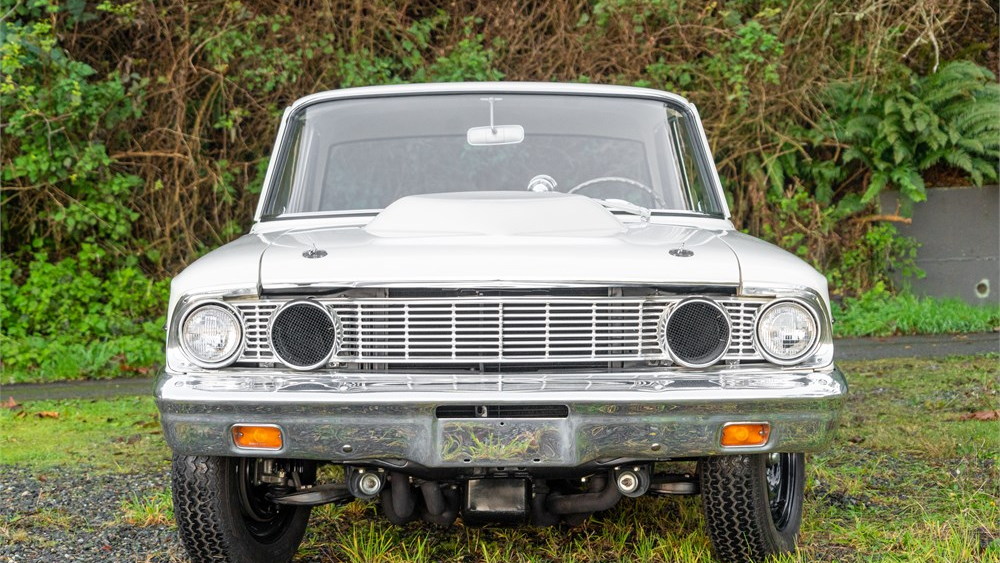 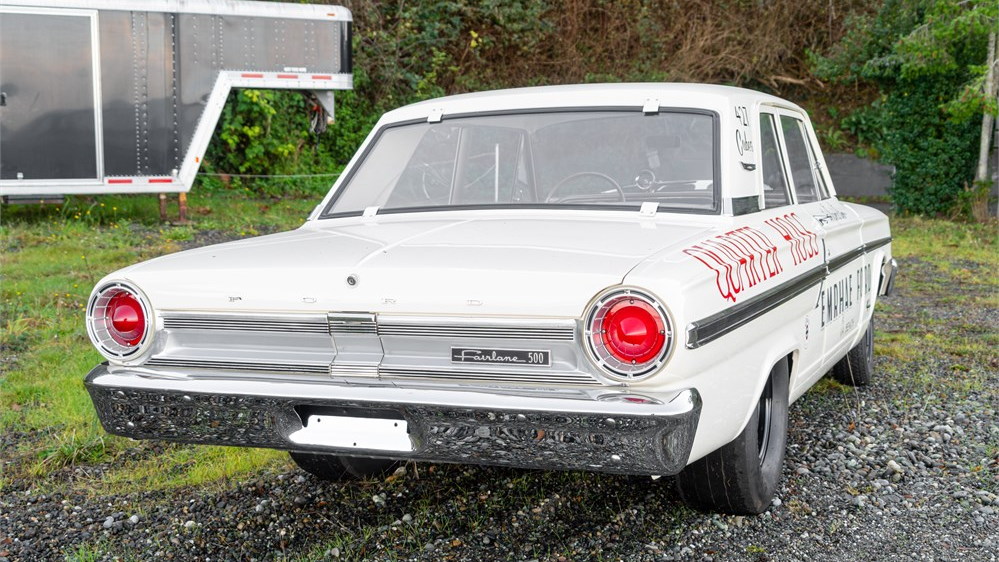 One of the rarest muscle cars ever produced was the 1964 Ford Fairlane Thunderbolt. It was an experimental car created for the sole purpose of winning professional drag races and a NHRA Championship.

Ford only built 100 Thunderbolts, of which around 60 are still known to exist.

The Thunderbolt was a sort of option for the 1964 Ford Fairlane. What Ford did was to remove everything non-essential to the car to decrease weight, including the heater, radio, rear seats, and any sound deadening material. Then it paired the car with a 427cid engine equipped with a high-rise aluminum manifold with a pair of Holley 4-barrel carbs.

The Thunderbolt required major changes to the front suspension for the 427 to fit. It also received heavier-duty suspension mounts. The doors, hood, front fenders and front bumper were crafted from fiberglass (the bumper was changed to aluminum in later cars) and the earliest cars also received Plexiglass side and rear windows.

Dealers were not delivered Thunderbolts but had to go to Dearborn, Michigan, if they were lucky enough to be allocated one. To dissuade people from thinking the Thunderbolt was a street car, it featured a disclaimer label under the hood specifying that the Thunderbolt was designed for racing use only. That plate reads:

“This vehicle has been built specially as a lightweight competitive car and includes certain fiberglass and aluminum components. Because of the specialized purpose for which this car has been built and in order to achieve maximum weight reduction, normal quality standards of the Ford Motor Company in terms of exterior panel fit and surface appearance are not met on this vehicle.

“This information is included on this vehicle to assure that all customers who purchase this car are aware of the deviation from the regular high appearance quality standards of the Ford Motor Company.”

By the end of 1964, the Fairlane Thunderbolt accomplished Ford’s goal by winning the 1964 NHRA Top Stock award.

AutoHunter has one of these fascinating cars up for auction, so we reached out to the owner, Jim Chun, to get to know a bit more about the car and his story with it.

Chun is a longtime Ford muscle car collector who, in addition to this ‘64 Ford Fairlane Thunderbolt, has owned a pair of Mustang Boss 429s along with other various Ford muscle cars. He bought the Fairlane because, “I had just sold my second Boss 429 and wanted to fill the gap.”

What is special about this Thunderbolt?

“You have to hear it run!” he responded. “It’s a factory lightweight drag car. If you like drag racing, there is nothing like it. When you hear the engine and smell the 115-octane fuel burning, it’s just so cool.

Chun also told us a bit of what he knows about the story of his car.

“Emhrae Ford sent employee Frank Beamon to pick the car up from Dearborn Steel Tubing. He was the guy who raced the car for the dealership. Dealership raced, for a year, then sold to a guy who owned a mill in Virginia Beach. Then sold again to a collector in California.

“The next owner lived in Linden Washington, and then it made its way to British Columbia to an owner who was into vintage drag racing. I bought it from them and had it restored to as-delivered new condition.

“This Thunderbolt, unlike most, has never been wrecked and rebodied and still has all of its original body panels, which is another thing that attracted me to this specific car.”

The Thunderbolt is a part of the history and mythology of Ford’s racing and performance era during the 1960s. We hope this specific example will find the new home that’s as special as this car deserves.

For more information and photos, visit this Thunderbolt’s live listing on AutoHunter.