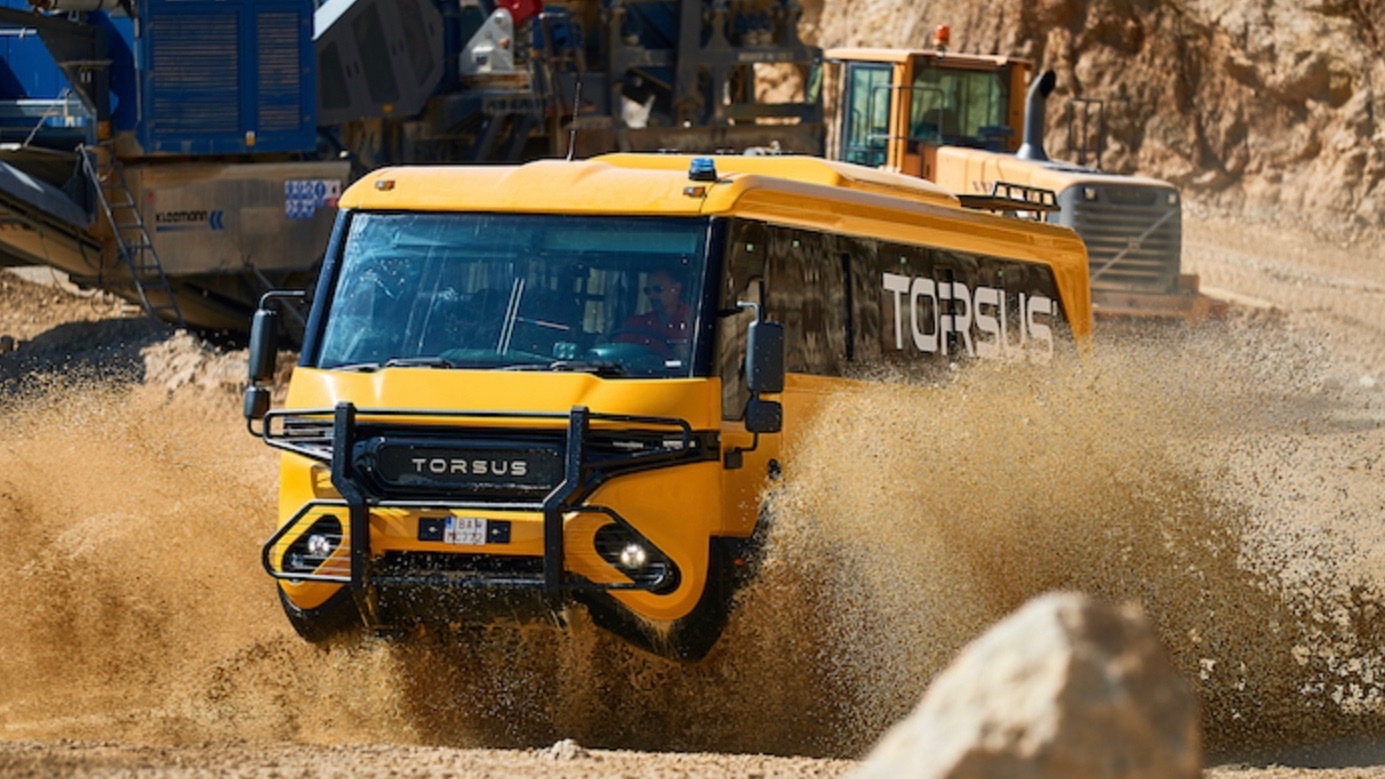 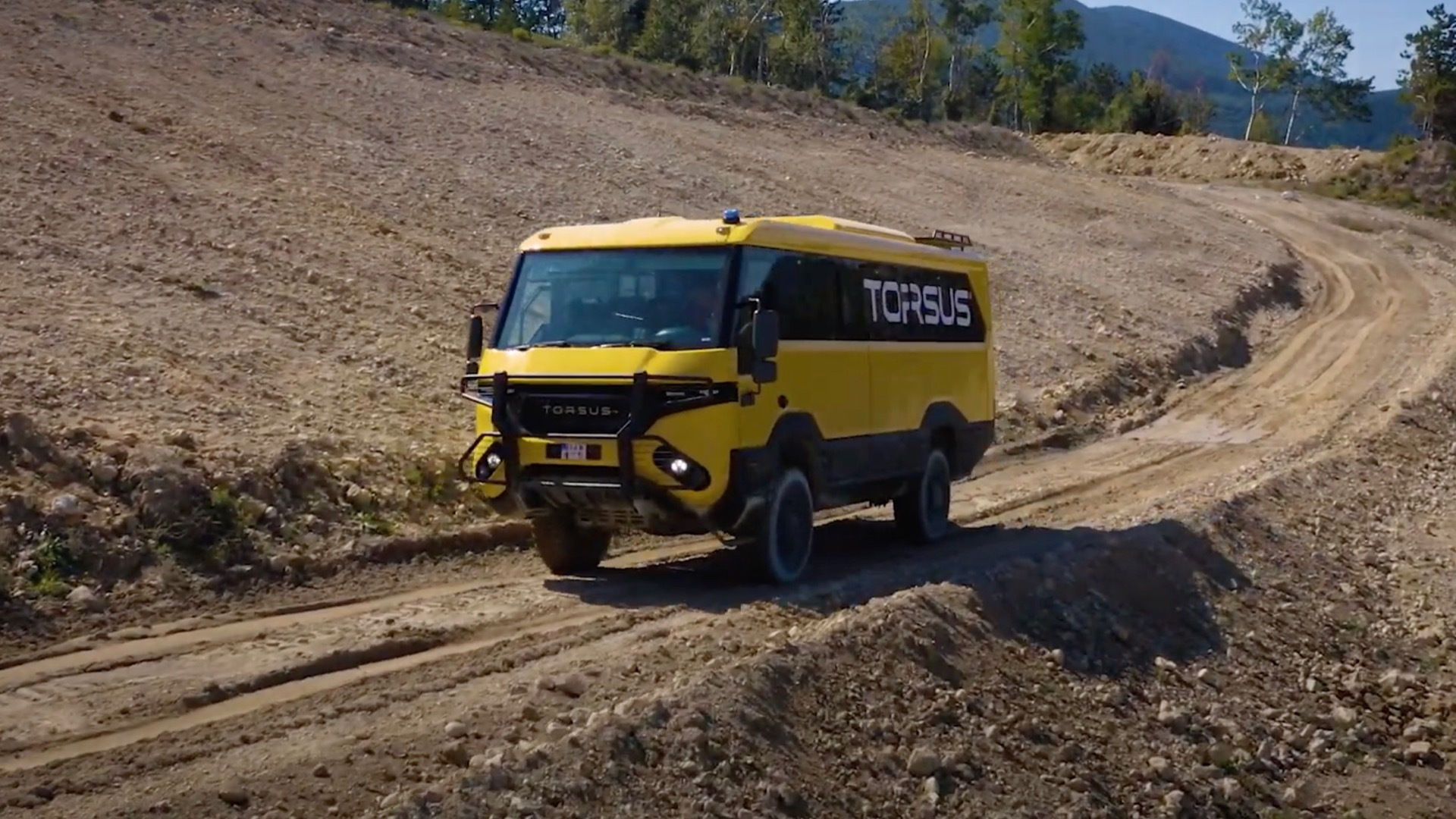 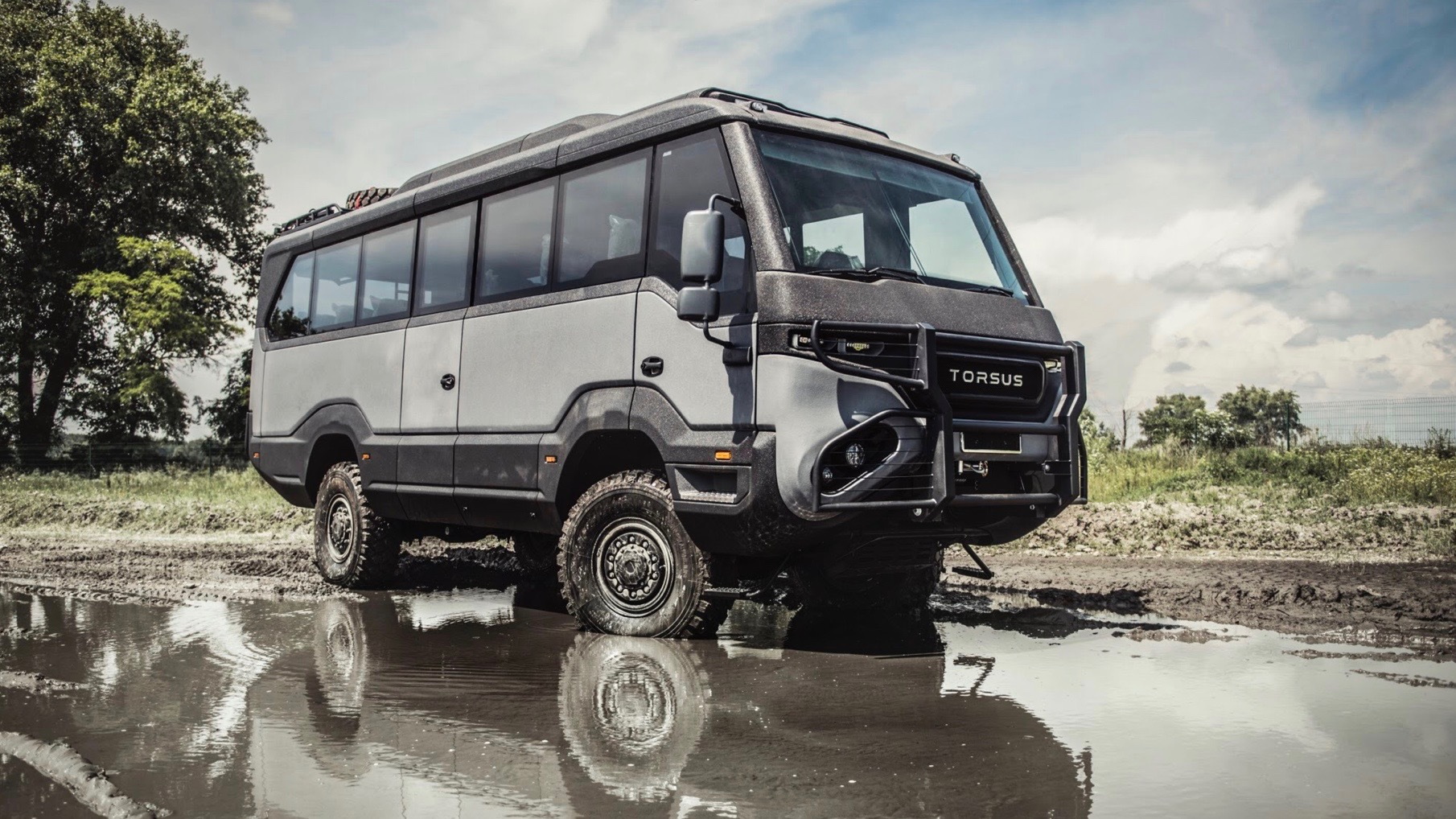 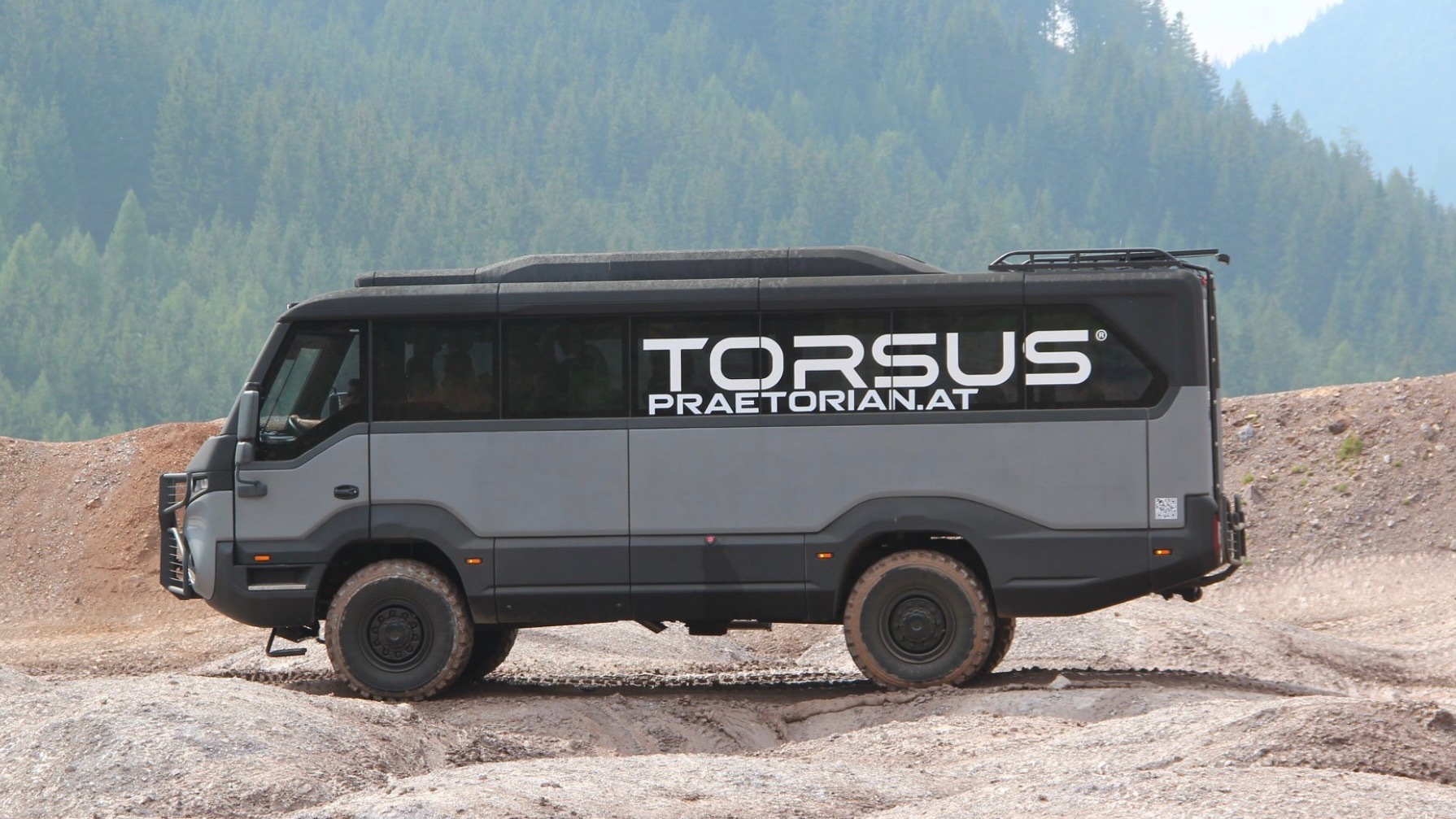 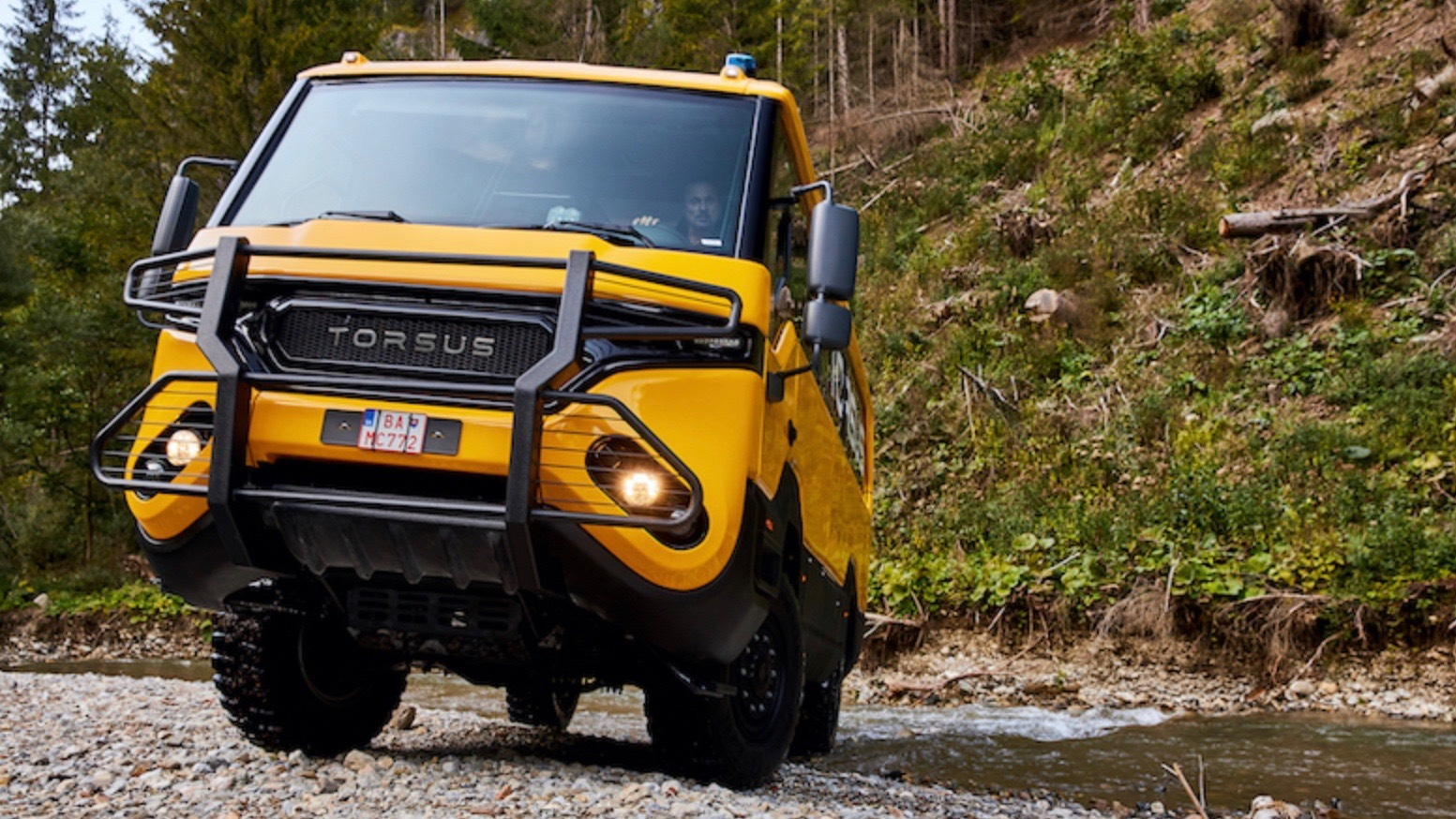 Plenty of new SUVs and pickup trucks offer serious off-road capability, but what if you need to bring a lot of people into the wilderness?

The Torsus Praetorian might be the world's only dedicated off-road bus. It's based on a chassis from MAN (a German truck maker owned by the Volkswagen Group) with upgrades to handle conditions that would immobilize an ordinary bus.

Based in the Czech Republic, with a factory in Slovakia, Torsus designed the Praetorian for jobs that require moving a large number of people over rough terrain, such as mining operations, as well as businesses like ski resorts or safari tours.

The bus can seat up to 36 people, but also boasts 15.7 inches of ground clearance, and the ability to ford up to 35.4 inches of water, according to Torsus. The company also quotes approach and departure angles of 32 degrees and 26 degrees, respectively.

Power is provided by a 6.9-liter diesel engine, which produces 290 horsepower and 848 pound-feet of torque. It's coupled to a ZF 9-speed automatic transmission and a four-wheel drive system with locking front and rear axles.

In Europe, pricing starts at the equivalent of $180,000 for a bare shell. But Torsus has more expensive configurations, including an ambulance, an overlander, and even an anti-riot vehicle for police. Torsus also offers the smaller Terrastorm, based on a VW/MAN van body shell.