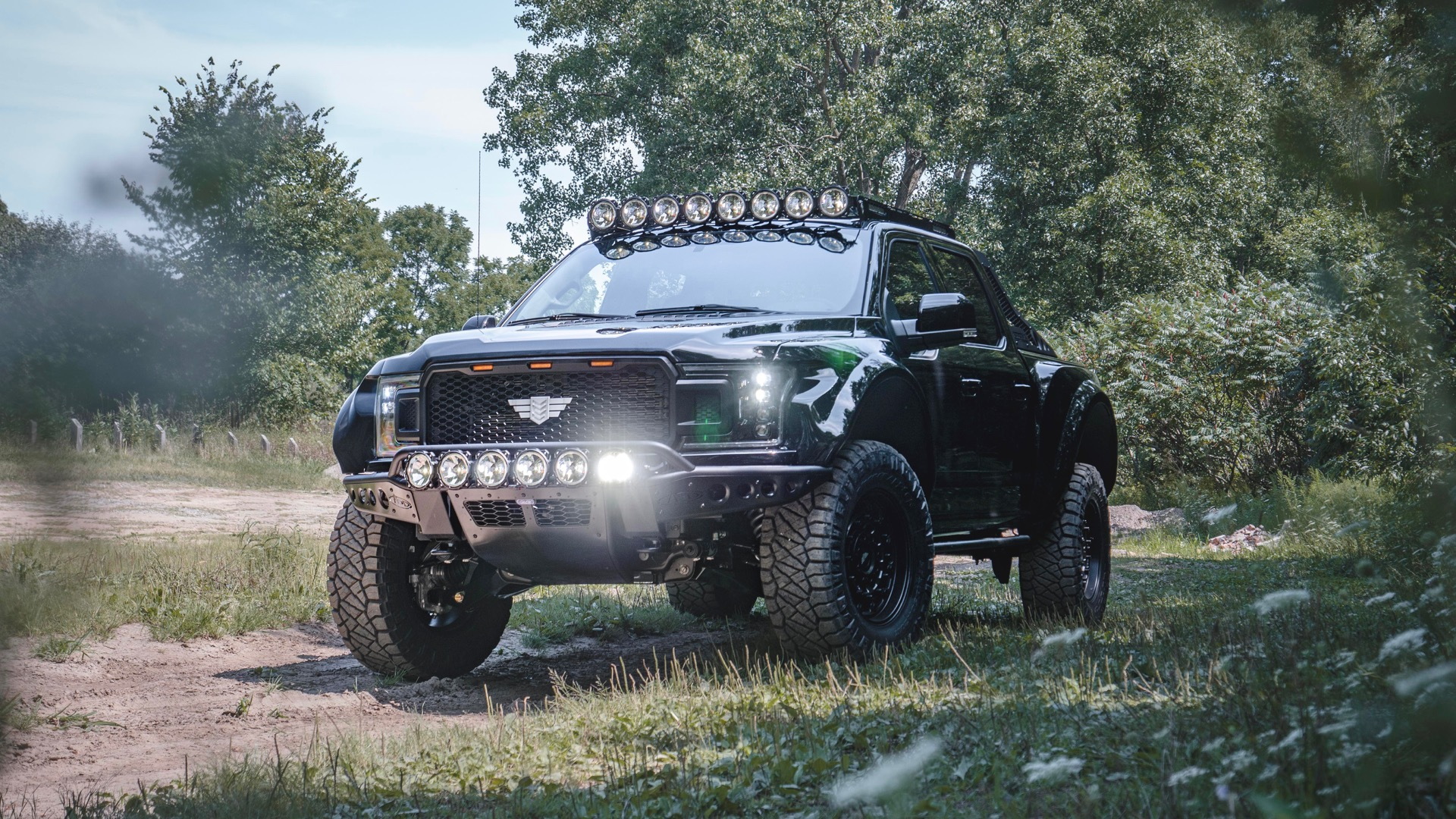 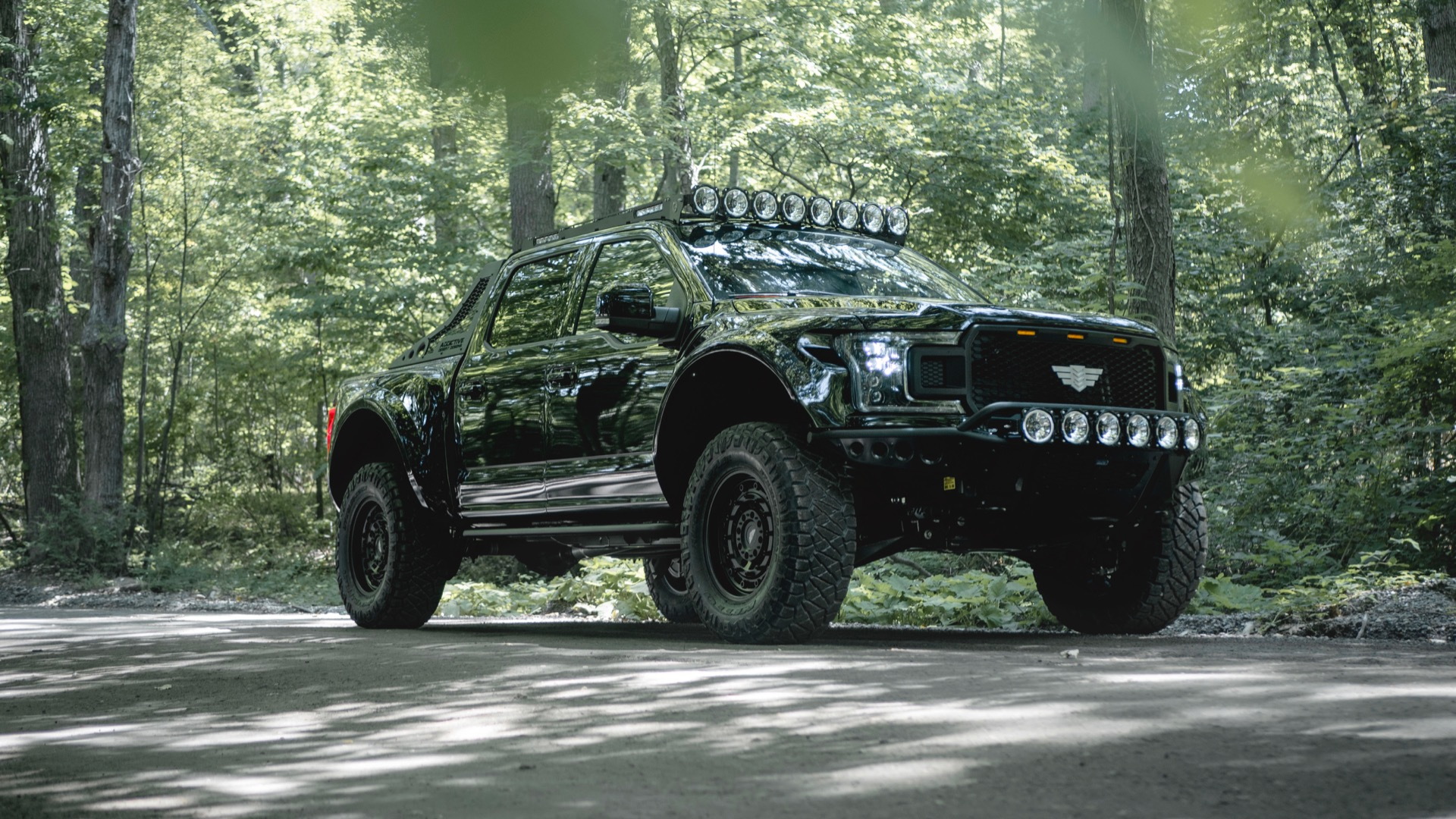 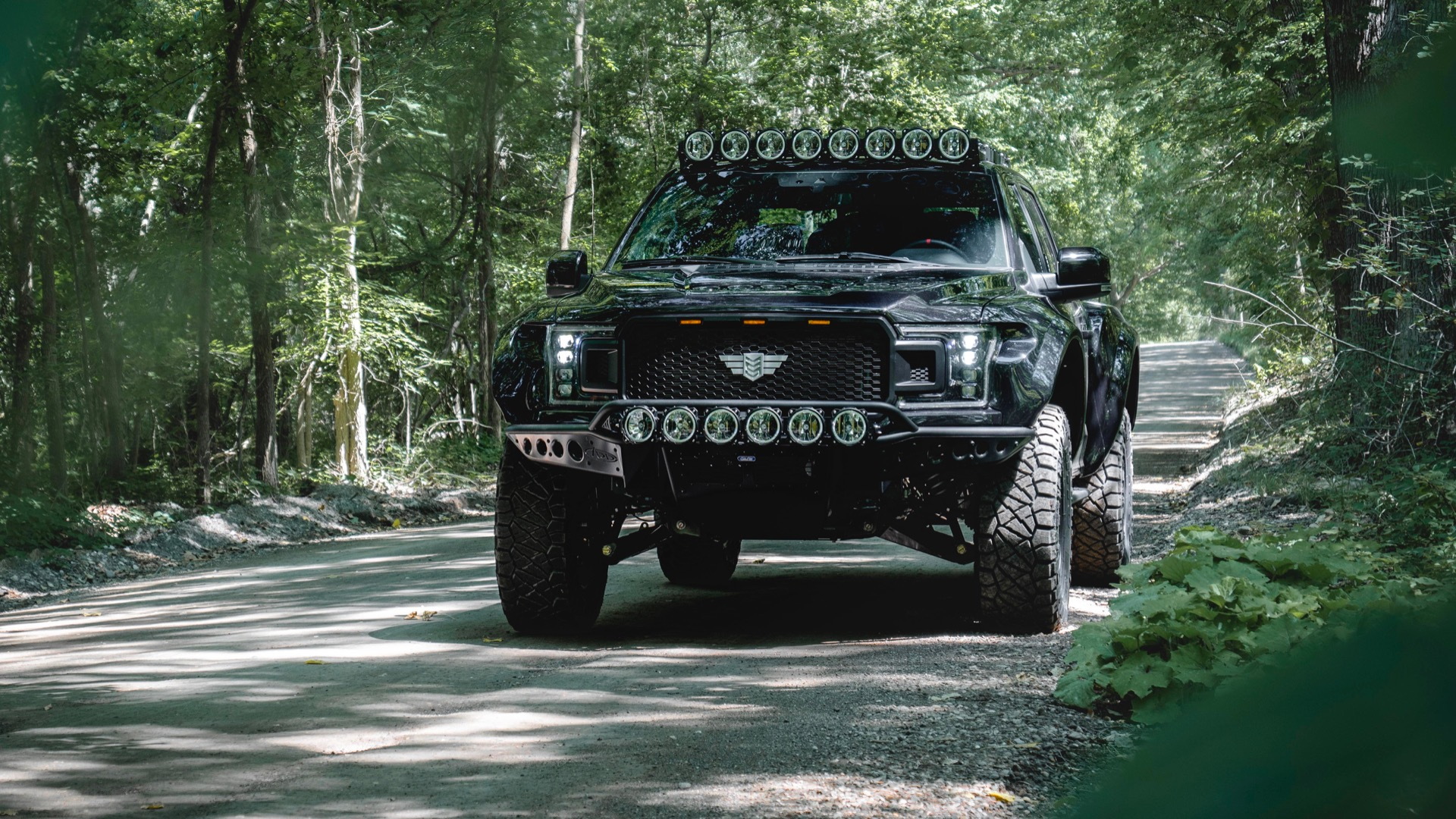 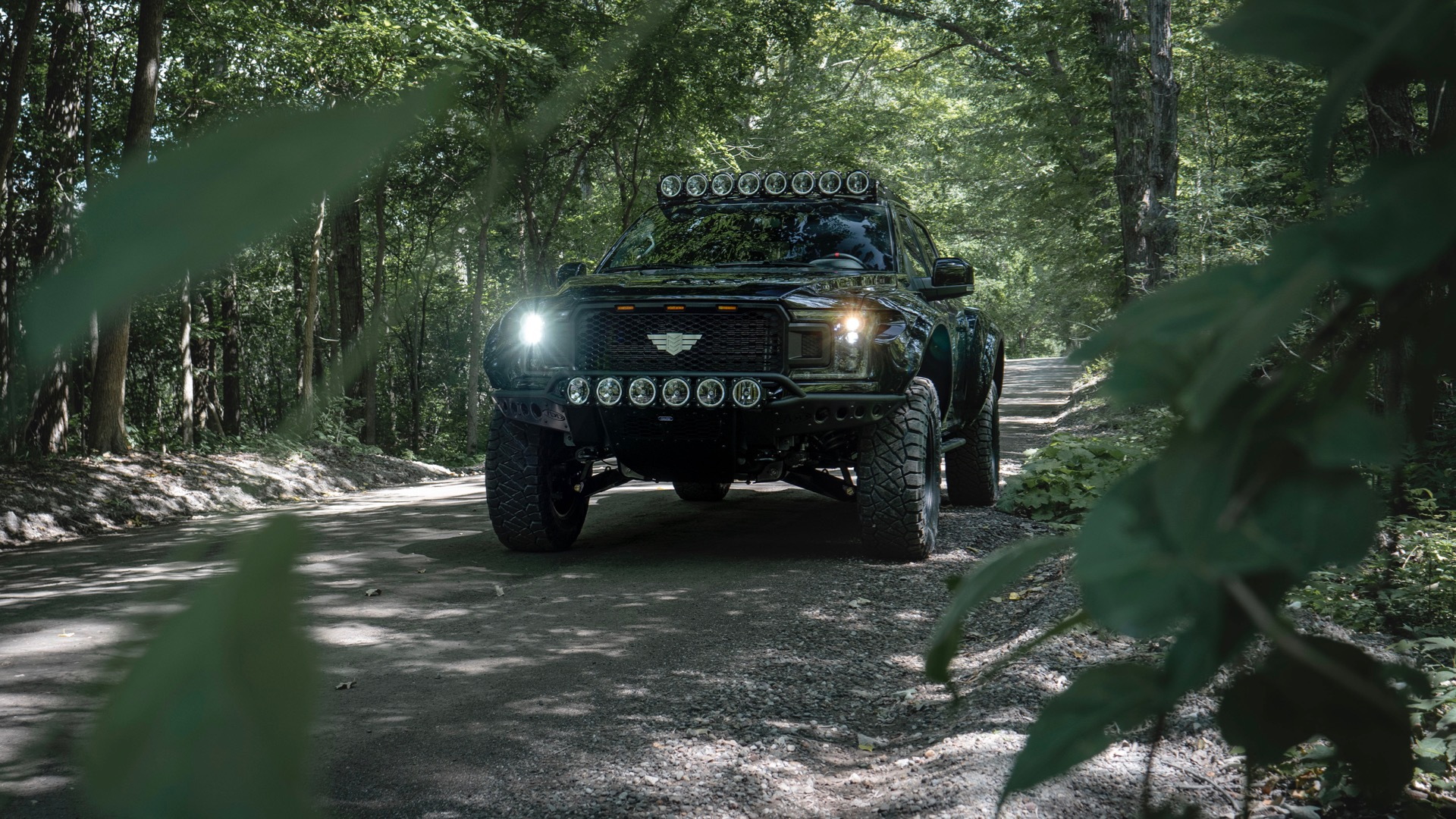 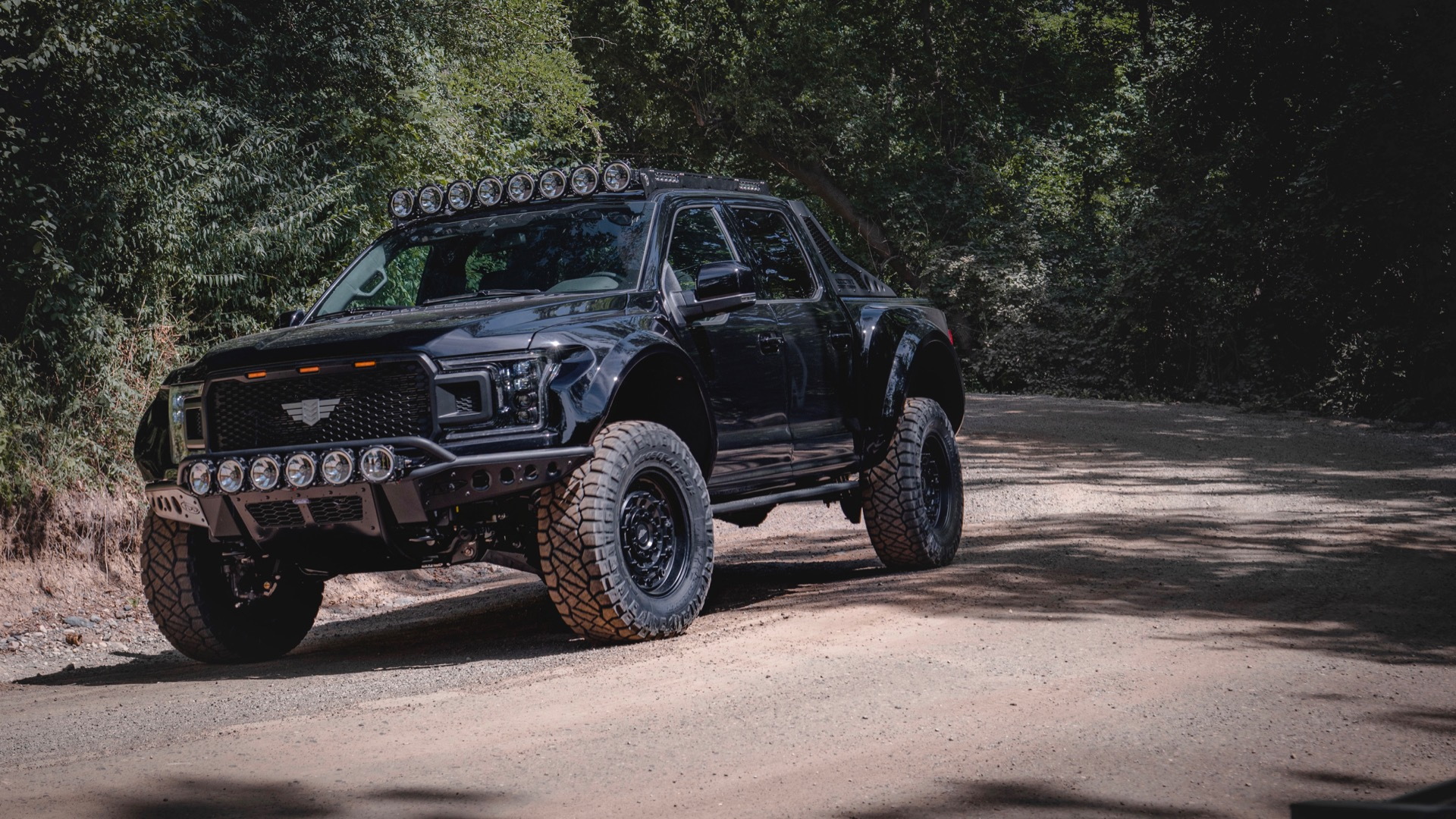 Michigan-based Mil-Spec Automotive started out with elaborate Hummer H1 builds before expanding to the Ford F-150. The company announced Tuesday that it is adding a supercharger upgrade for the pickup truck's 5.0-liter V-8.

The Mil-Spec Automotive Intrepid F-150 boasts 675 horsepower, up from the 500 hp available from Mil-Spec's previous upgrade package. The supercharger upgrade, which is also good for 620 pound-feet of torque, is bundled with a new throttle body, intake, fuel rails and injectors, and cat-back exhaust system. Mil-Spec also adds an air-to-liquid intercooler and moves the intake to a lower position.

Note that Mil-Spec tunes the V-8 for 93-octane fuel, while the stock version can run on regular unleaded, according to Ford. The engine modifications don't affect the truck's warranty, Mil-Spec claims.

The supercharged Intrepid F-150 gets the same aggressive look as other Mil-Spec trucks. The company's Baja fenders are seven inches wider than the fenders of a 2020 Ford F-150 Raptor. Other modifications include Baja bumpers, LED lighting, a roof rack, and a bed chase rack that holds a spare tire.

The truck also gets Mil-Spec's Baja Performance Suspension package, with Fox Racing shocks and new control arms and half shafts. It allows up to 12 inches of overall travel, according to the company.

Mil-Spec hasn't released pricing for the Intrepid F-150, but its naturally-aspirated F-150 builds start at $85,000, including the cost of a donor vehicle. Mil-Spec is only modifying outgoing-generation F-150s for now, but perhaps the company will make the jump to the heavily revised 2021 model as well.