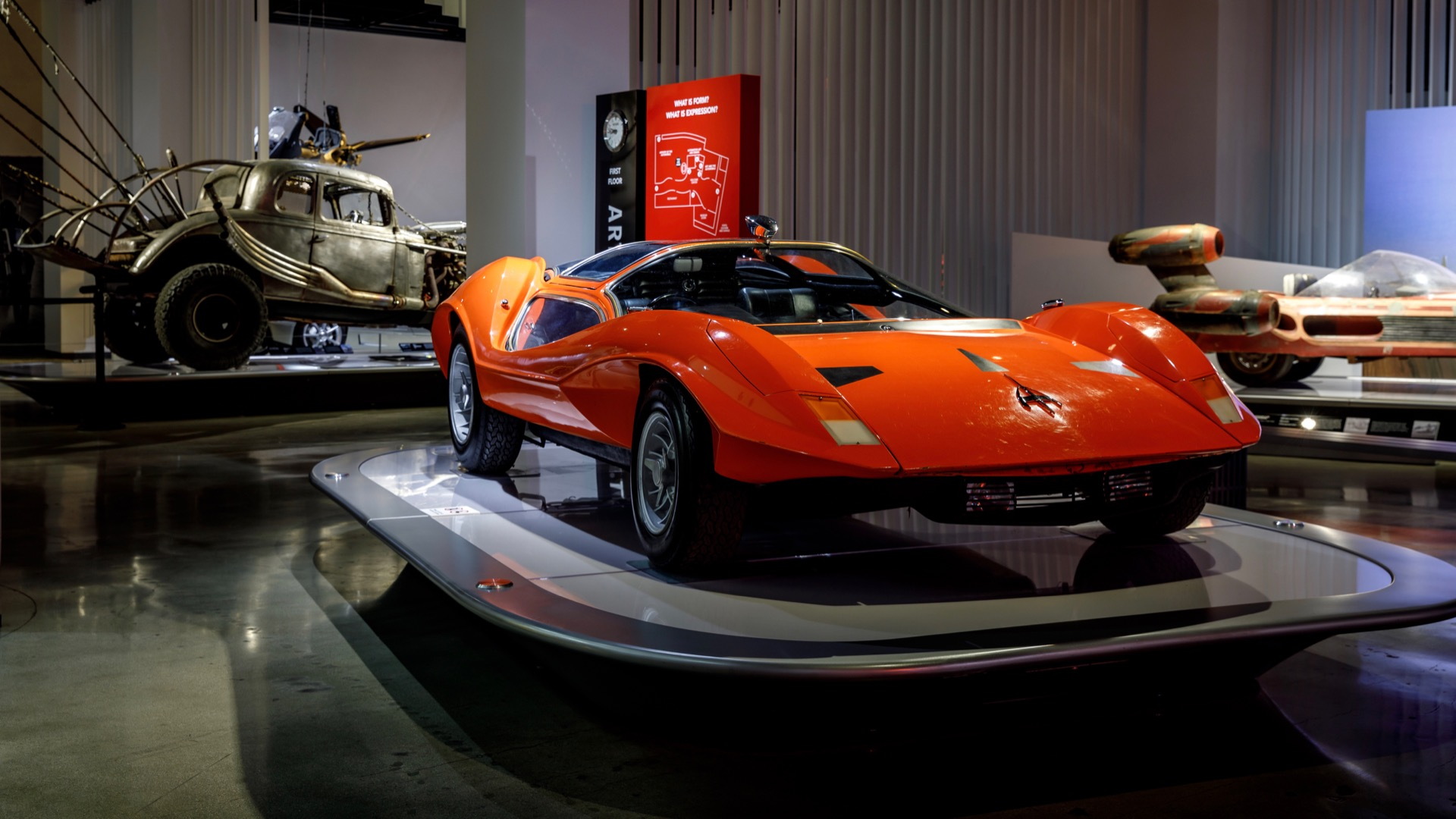 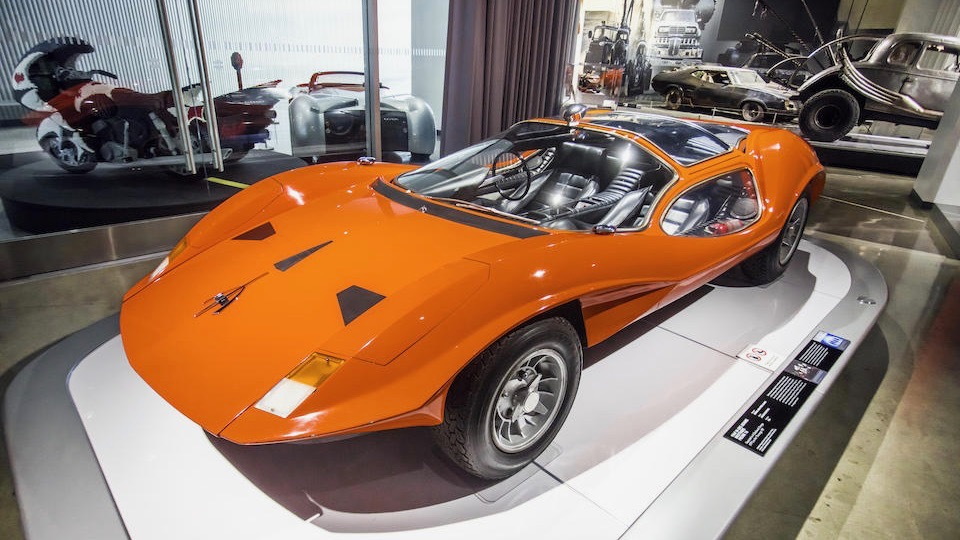 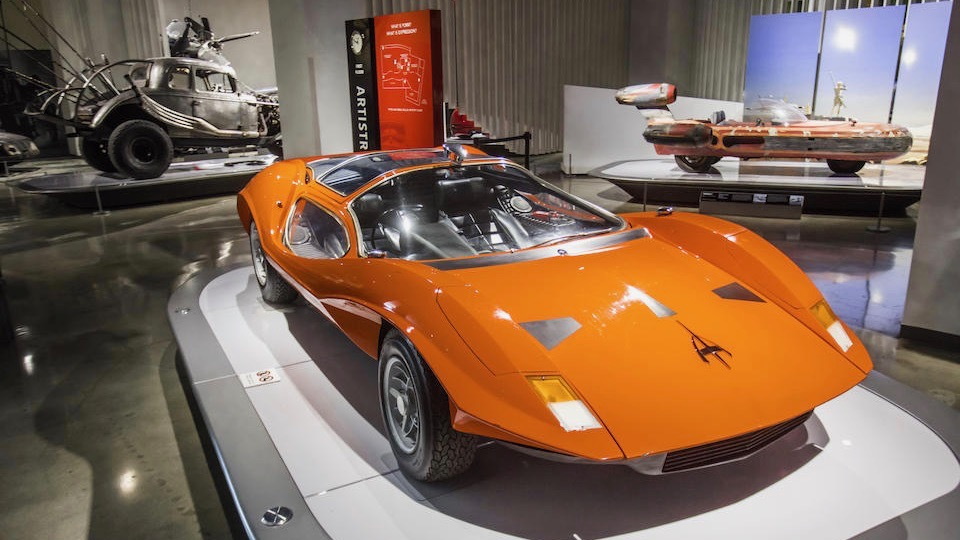 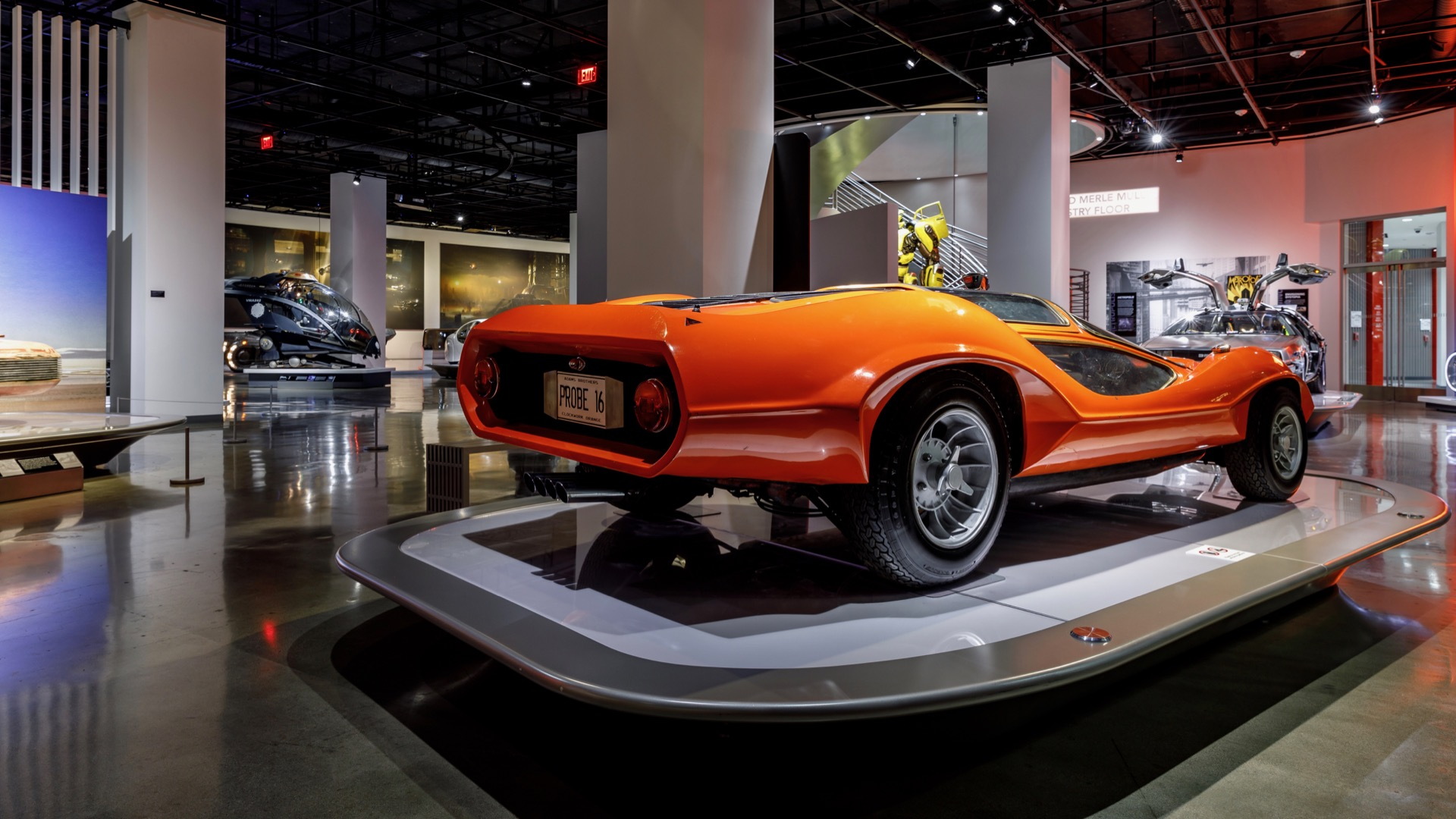 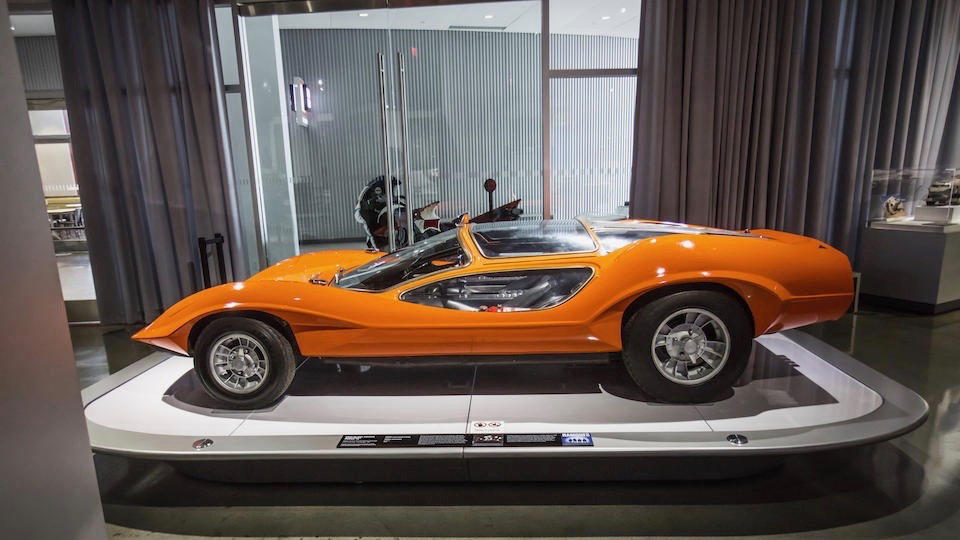 The M-505 Probe 16 was designed and built by brothers Dennis and Peter Adams, who cut their teeth at British sports car firm Marcos. While its low-profile bodywork is supercar-like, the Probe 16 is powered by a humble 1.8-liter inline-4, sourced from British Motor Corporation (BMC). With fettling from tuner JanSpeed, the mid-mounted engine made 100 horsepower at 5,500 rpm. Power is sent to the rear wheels through a 4-speed manual transaxle.

Futuristic styling made the M-505 Probe 16 a natural fit for the dystopian England depicted in Stanley Kubrick's movie version of "A Clockwork Orange." Renamed Durango 95, the car served as transportation for a gang of "Droogs."

Just three cars were made, and it's unclear which one was used in "A Clockwork Orange." The car in the movie was right-hand drive, as were two of the three production cars. That includes the car currently for sale—chassis AB/3, which was also displayed at the 1969 London Motor Show.

AB/3 was originally purchased by bassist Jack Bruce, best known as part of the British rock band Cream. It was later sold to Canadian collector Dr. Clyde Kwok, before being purchased by its current owner in 1983. It's the most original example of the three cars, according to the listing, and was recently featured in an exhibit of sci-fi cars at the Petersen.

The other right-hand-drive car—chassis AB/4—is currently in the United Kingdom undergoing restoration for owner Colin Feyerbend. The third car (and only left-hand-drive example) is believed to have caught fire and burned beyond repair, according to the listing.