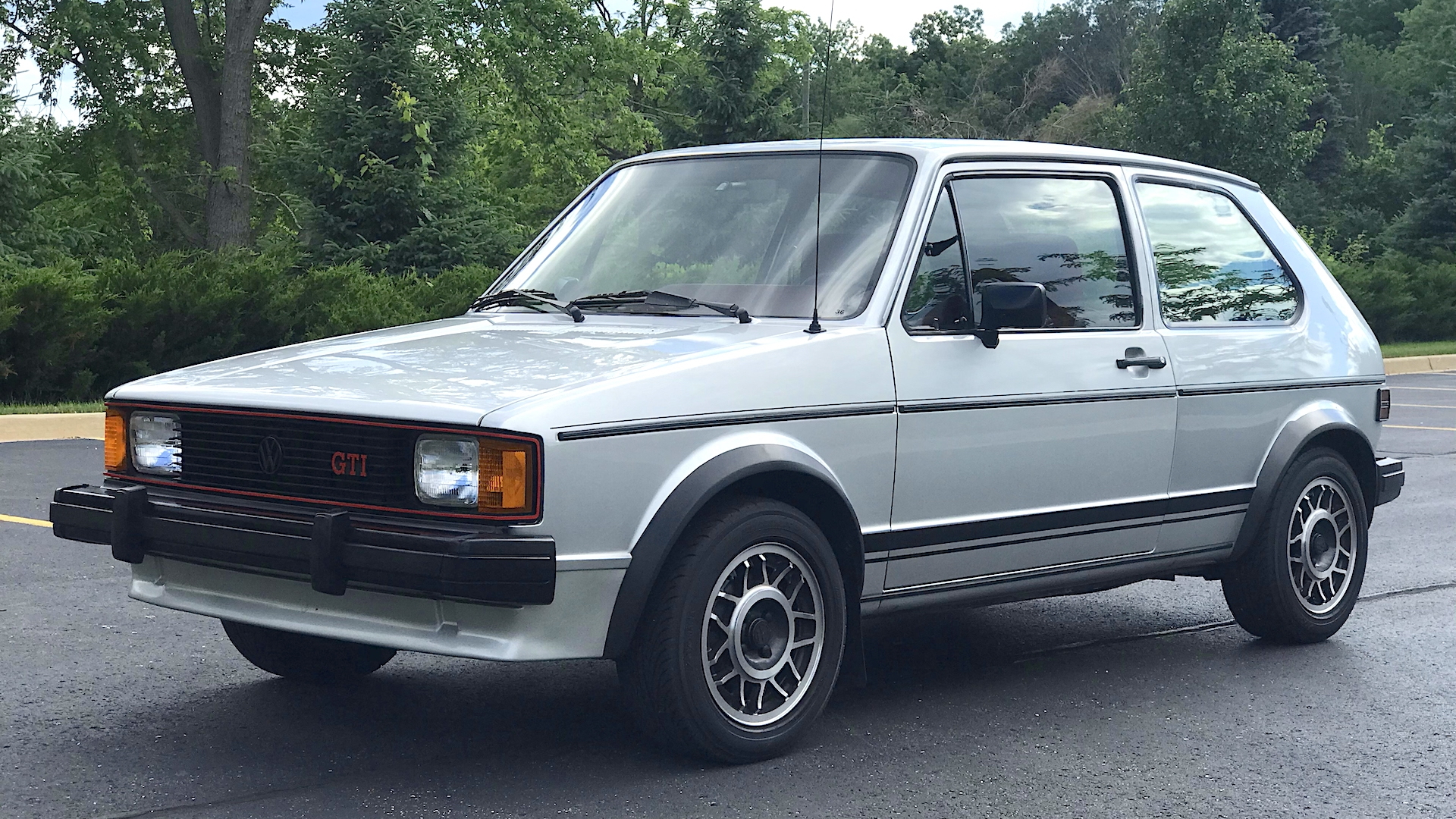 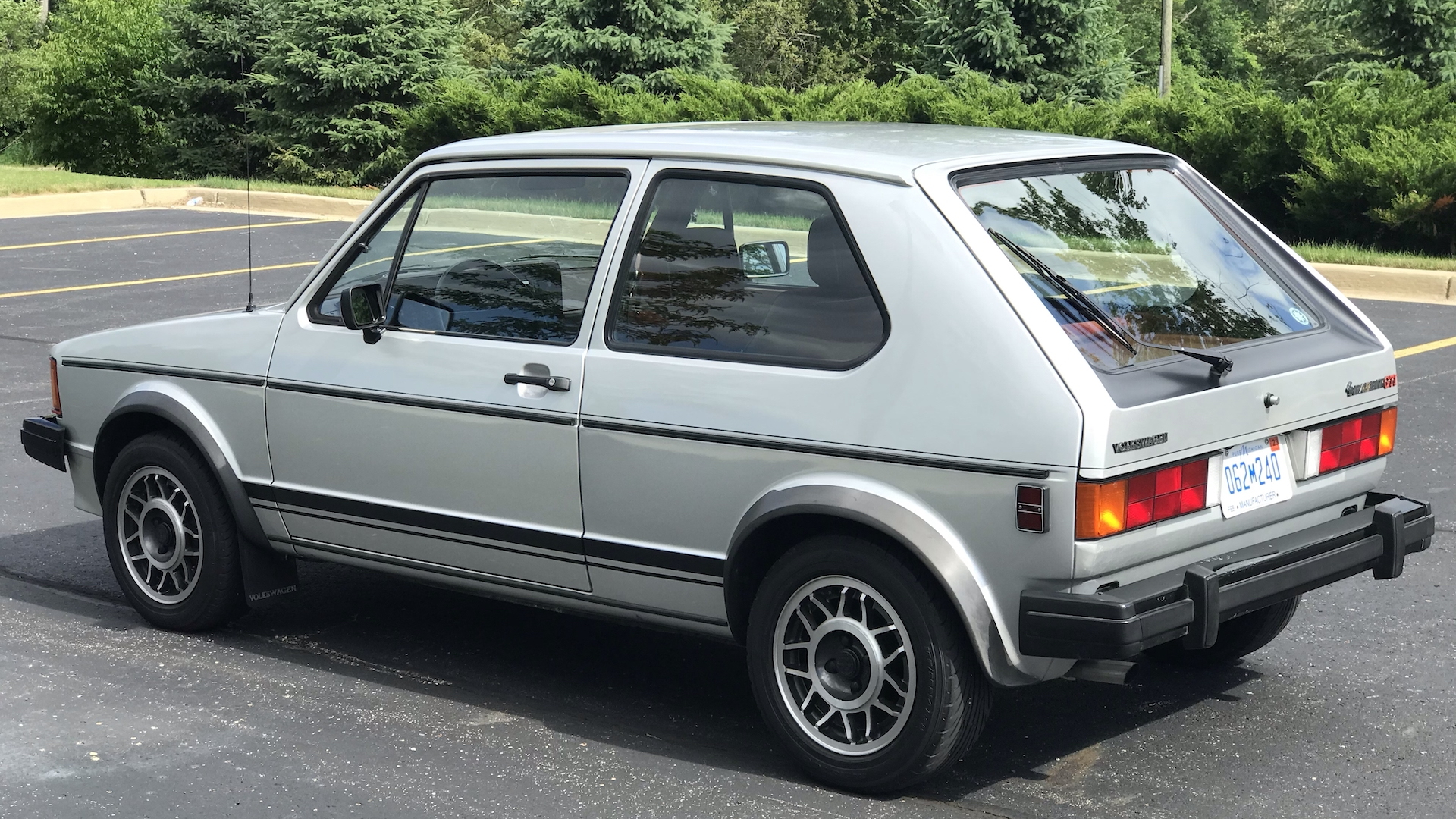 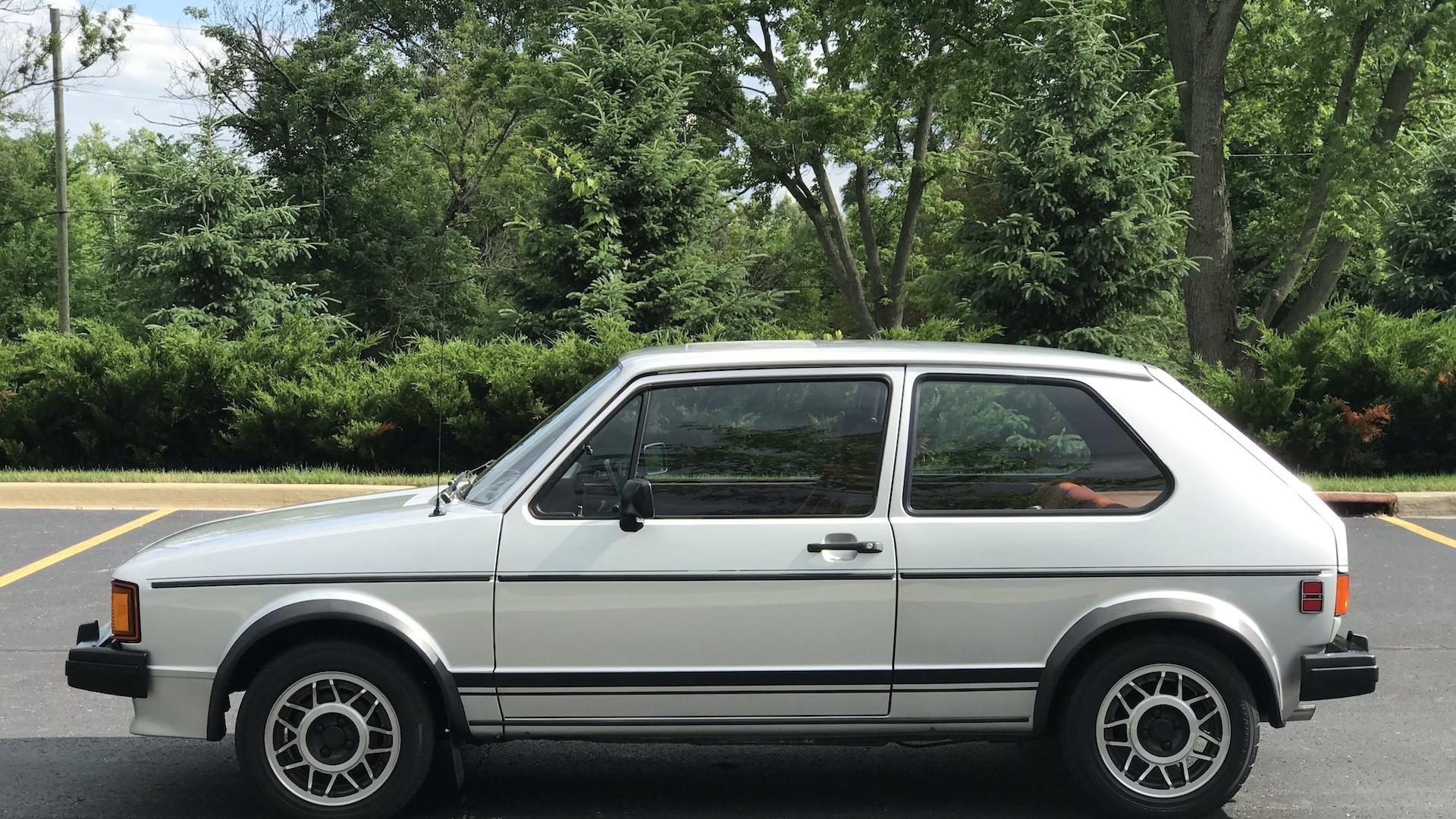 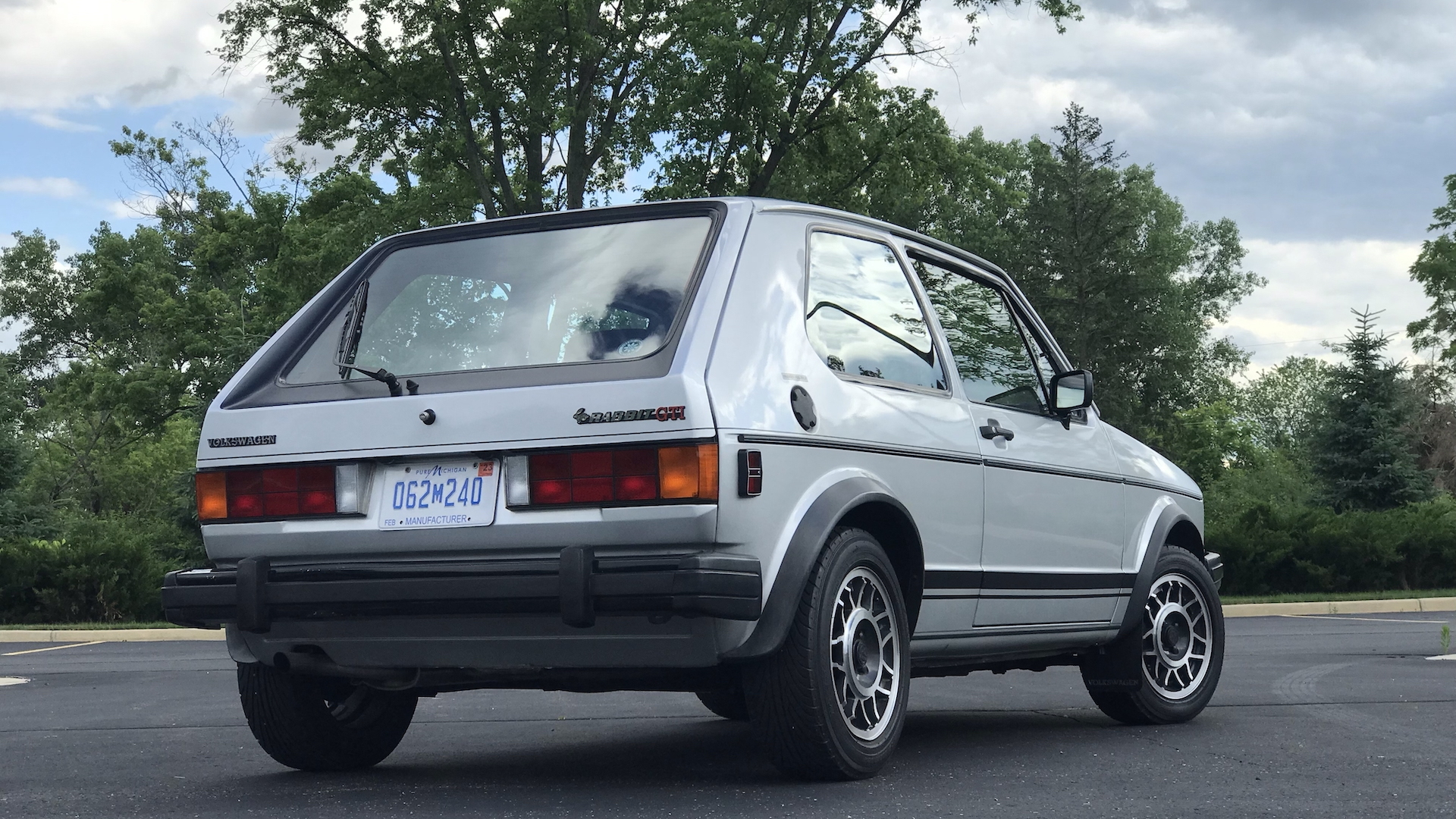 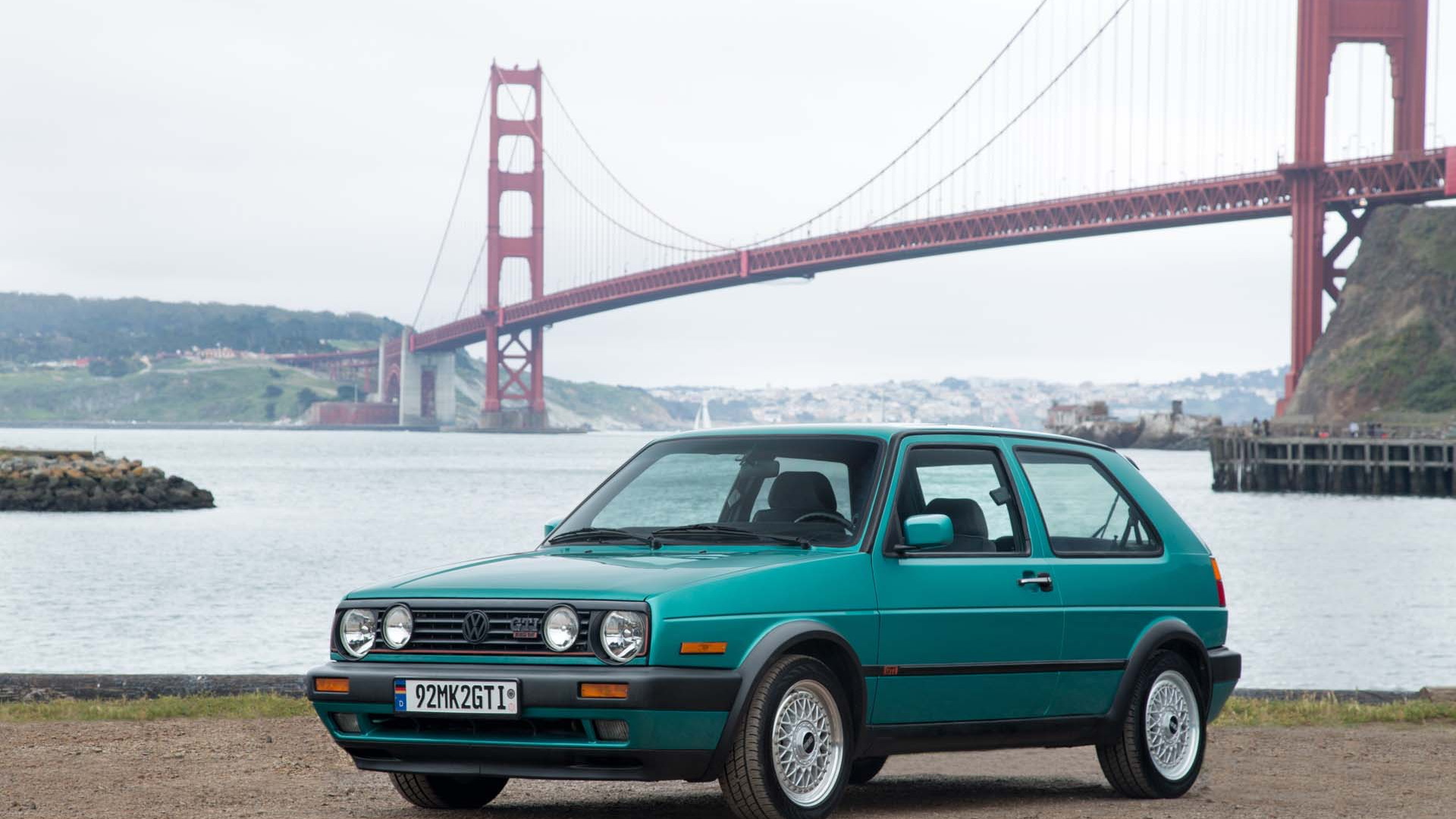 The 1970s was a horrible decade in automotive history, but it opened the door for what would be widely considered the world's first hot hatch—and one of the world’s most beloved affordable sporty cars—the Volkswagen Golf/Rabbit GTI. Coming off the muscle car excitement of the 1960s, new emissions regulations choked off horsepower, killed muscle cars, downsized the Ford Mustang into a poorly built econobox, and stifled automotive excitement. It was important regulation, but automakers weren’t prepared and horsepower was throttled back for more than a decade.

Without power to fall back on, Volkswagen took a lighter route. The European automaker had always prioritized practicality over power anyway, and the company decided to make a sporty version of its compact, front-wheel-drive Golf hatchback. The result was the Golf GTI, a car that is widely recognized as the world’s first hot hatch. The car made its debut at the Frankfurt motor show in September of 1975 and went on sale the next summer, kicking off a history of sporty fun that continues to this day.

Let’s take a look at each generation.

The GTI got its start when a half-dozen VW employees planned to build a sporty version of the Golf in 1974, a plan approved by Toni Schmücker, Chairman of the Board of Management. The car was powered by a fuel-injected 1.6-liter 4-cylinder that made 110 horsepower. That might not seem like much, but the car weighed just over 1,800 pounds and could accelerate from 0-60 mph in about 9.0 seconds and reach 113 mph.

The Mark I GTI arrived in the U.S. in 1983. Part of the Rabbit model line, it was priced at $7,990 and emissions controls for its 1.8-liter 4-cylinder limited the output to 90 hp, though a sport-tuned suspension created engaging handling. Offered in two- and four-door hatchback body styles, the GTI’s exterior had black flares, a black rear window frame, red grille trim, and two interior features that would stand the test of time: plaid upholstery on its sport seats, and a golf ball shift knob for its 5-speed manual. Car and Driver loved the little hatchback, placing it on its top 10 list and calling it a modern BMW 2002. Volkswagen originally intended to build just 5,000 GTIs that first year, but the car was a hit and VW sold 461,690 Rabbit GTI Mk I models globally over its eight-year run.

The third-generation GTI arrived in Europe in 1991 but waited until 1993 to come to our shores. It now had single instead of dual headlights at each corner, rounder elements for its boxy design, and a slightly longer and wider body on the same 97.3-inch wheelbase. Its 2.0-liter 4-cylinder made 115 hp that first year, but the switch to the 2.8-liter VR6 in 1995 increased horsepower to 172, which slashed the 0-60 mph time to 6.7 seconds. Car and Driver saw a top speed of 129 mph and road-holding capability of .78 G on the skidpad. The price also jumped to $19,375 with the big engine. In 1996, Europe got a diesel version of the GTI making 110 hp and 173 lb-ft of torque.

The fourth-generation GTI was introduced in 1998, but it hit the U.S. in 1999. It got bigger again. The wheelbase grew by 1.5 inches, length increased by almost 3 inches, it was 1.7 inches wider, and it gained about 200 pounds. The red strip around the grille was gone and the nose still had a soft look, but the rest of the car so impressed Car and Driver that the magazine compared it to a BMW. Niceties like available leather upholstery and heated seats contributed to that comparison. The Mk IV GTI was initially offered with two very different engines, a 115-hp 2.0-liter 4-cylinder or a 174-hp 2.8-liter narrow-angle VR6. However, a 1.8-liter turbo-4 arrived for 2000 in the GTI GLS. According to Car and Driver, the turbo-4 launched the car from 0-60 mph in 7.3 seconds, 0.4 seconds slower than the VR6 in the GTI GLX, which cost $3,395 more.

The Golf GTI Mark 5 hit the market in late 2004 and became a 2006 model in the U.S. The look was sharper, and the red trim returned around a new grille. Part of the newly renamed Rabbit range, this was the first GTI to offer Volkswagen’s 6-speed Direct Shift Gearbox (DSG). This dual-clutch automatic transmission received rave reviews even from enthusiasts. Car and Driver called it the envy of the rest of the world. The VR6 was gone, and the only engine choice was a 2.0-liter turbo-4 making 200 hp and 207 pound-feet of torque. The car could hit 60 mph in 7.2 seconds with the manual or 6.9 seconds with the DSG, and it topped out at 146 mph, according to VW. This was also the first GTI with a multi-link independent rear suspension. A 30th anniversary model in 2006 turned up the output to 230 hp, which pushed up against the all-wheel-drive Golf R32’s 256 hp. The 30th anniversary model wasn’t offered in the U.S.

Volkswagen introduced the Mark 6 GTI in 2009, and it went on sale in the U.S. as a 2010 model. This time around German racing legend Hans-Joachim Stuck supervised chassis development. The car got an electronic locking differential for the first time to help put the improved power to the pavement. Output of the 2.0-liter turbo-4 increased to 210 hp elsewhere but held steady at 200 horses in the U.S., though the 0-60 mph time fell to 6.6 seconds with the DSG and the top speed rose to 149 mph. The update amounted to a very effective facelift of the previous model. Visual cues included a new honeycomb grille, dual exhaust at the corners of the rear bumper, and black side skirts. Two- and four-door body styles continued, as did the signature plaid seat upholstery. A convertible body style was added overseas, but the U.S. never saw it. We also didn’t get the 235-hp Golf GTI Edition 35 to mark the car’s 35th anniversary in 2011.

When it was introduced in the spring of 2013, the GTI Mark 7 reversed a disturbing trend for GTIs; it was the first to be lighter than the previous generation by up to 92 pounds. The culprit was VW Group’s MQB platform, which also offered a stronger structure for better handling. The car was released in the U.S. with 220 hp and a substantial jump to 258 lb-ft of torque, and buyers could opt for the Performance Package that increased horsepower to 230 and cut the 0-60 mph time to 6.4 seconds. The package also included an electronically controlled limited-slip differential and larger brakes. The car came to the U.S. in 2014, then a high-performance version called the GTI Clubsport was introduced in 2015 with 290 hp, and a 310-hp Clubsport S followed in 2016; the latter ran the Nürburgring’s Nordschleife in 07:49:21 minutes, according to VW. These lower, wider, racier models were never sold in the U.S. For the 2019 model year, the engine jumped to 228 hp.

Due in the second half of 2021 as a 2022 model, the Mark 8 GTI will only be offered as a four-door hatchback for the first time. It will feature a revised suspension for better agility, more neutral steering and handling, and increased grip. The car will get additional drive modes, including a slider that allows for fine-tuning of the adjustable systems. It will also add adjustable dampers for the first time, and the 2.0-liter turbo-4 will ramp up to 242 hp and 273 lb-ft of torque. Both a locking front differential and an electronically controlled limited slip differential will be standard. Inside, the GTI will adopt a 10.3-inch digital instrument cluster and a new flat-bottom steering wheel. An 8.0-inch touchscreen infotainment system will be standard, with a 10-inch version optional. The car is slightly longer and lower than the Mark 7, with improved aerodynamics that help reduce the coefficient of drag from 0.30 to 0.275. The look up front is marked by a wider, more prominent honeycomb lower grille with available X-shaped fog lights. Volkswagen hasn’t provided 0-60 mph numbers, but did say that the next GTI will be quicker around a racetrack.