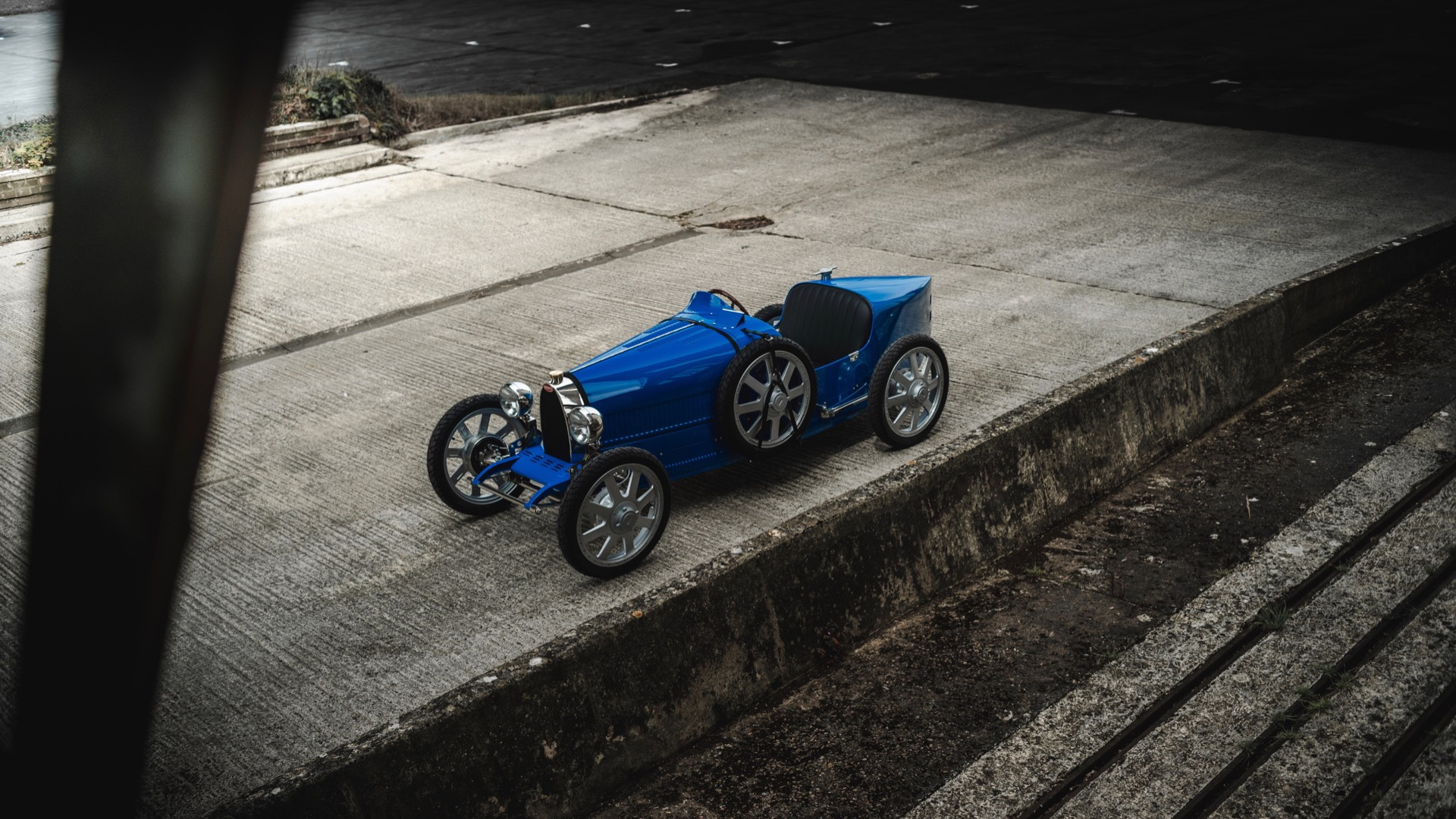 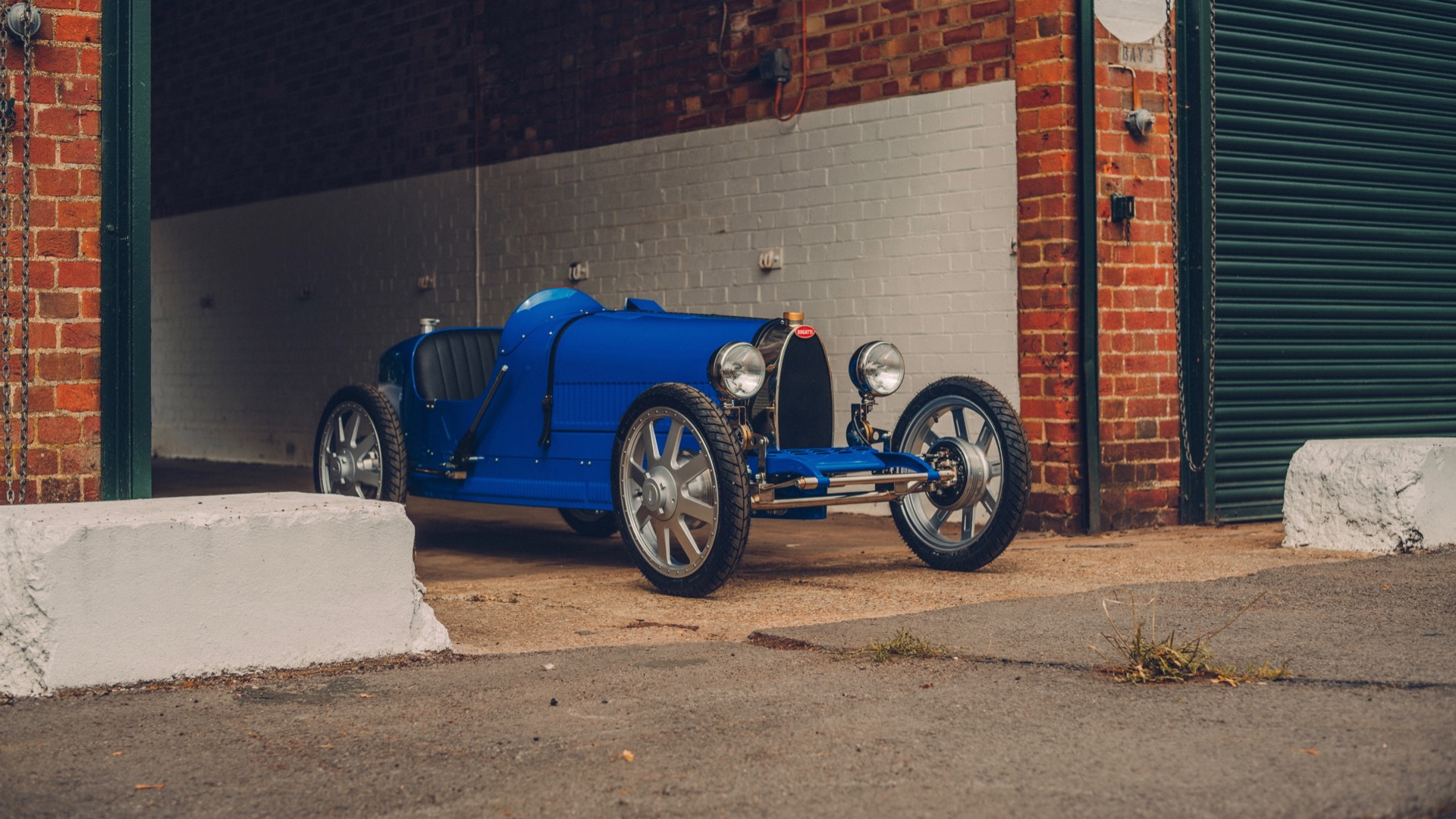 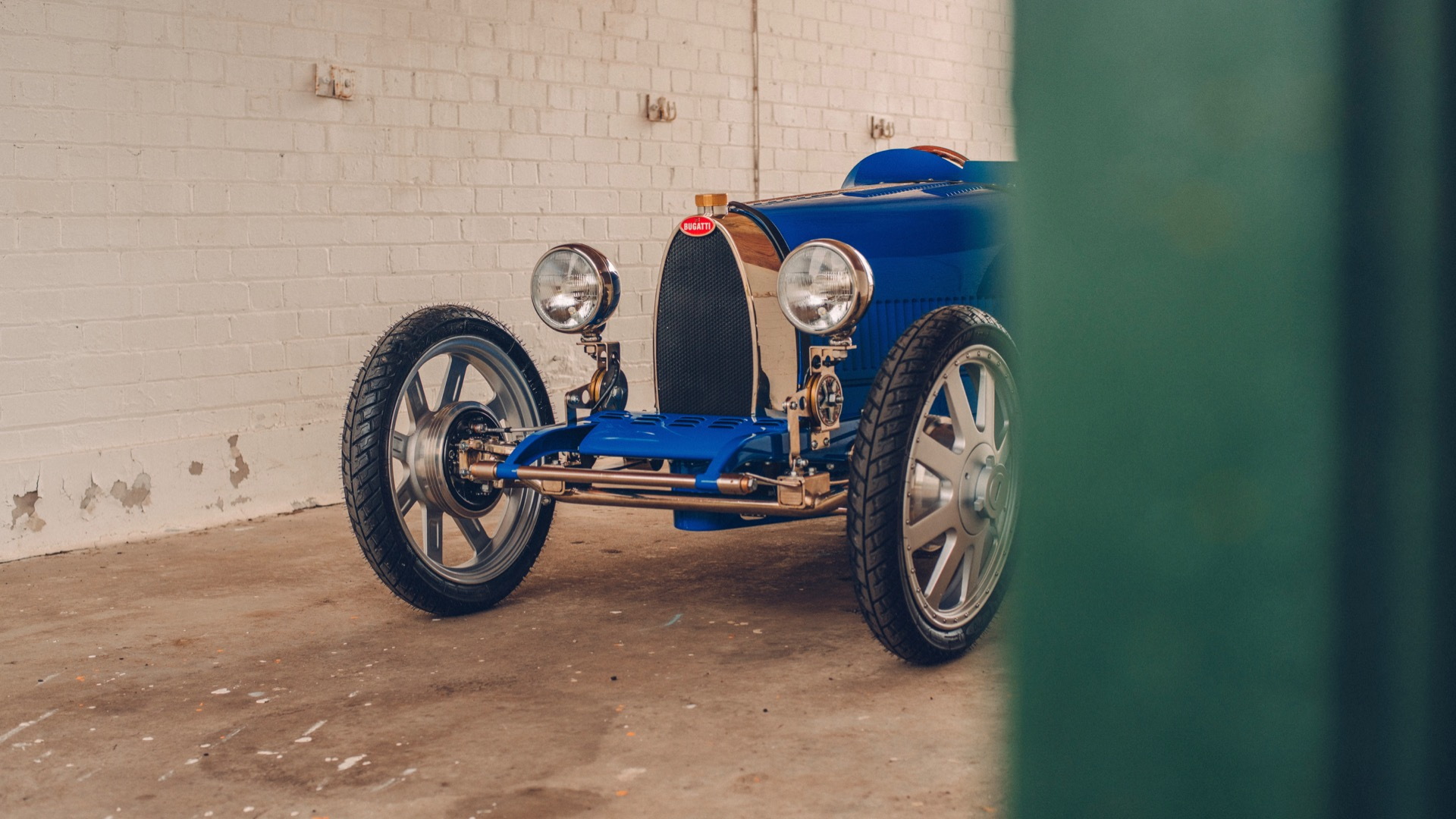 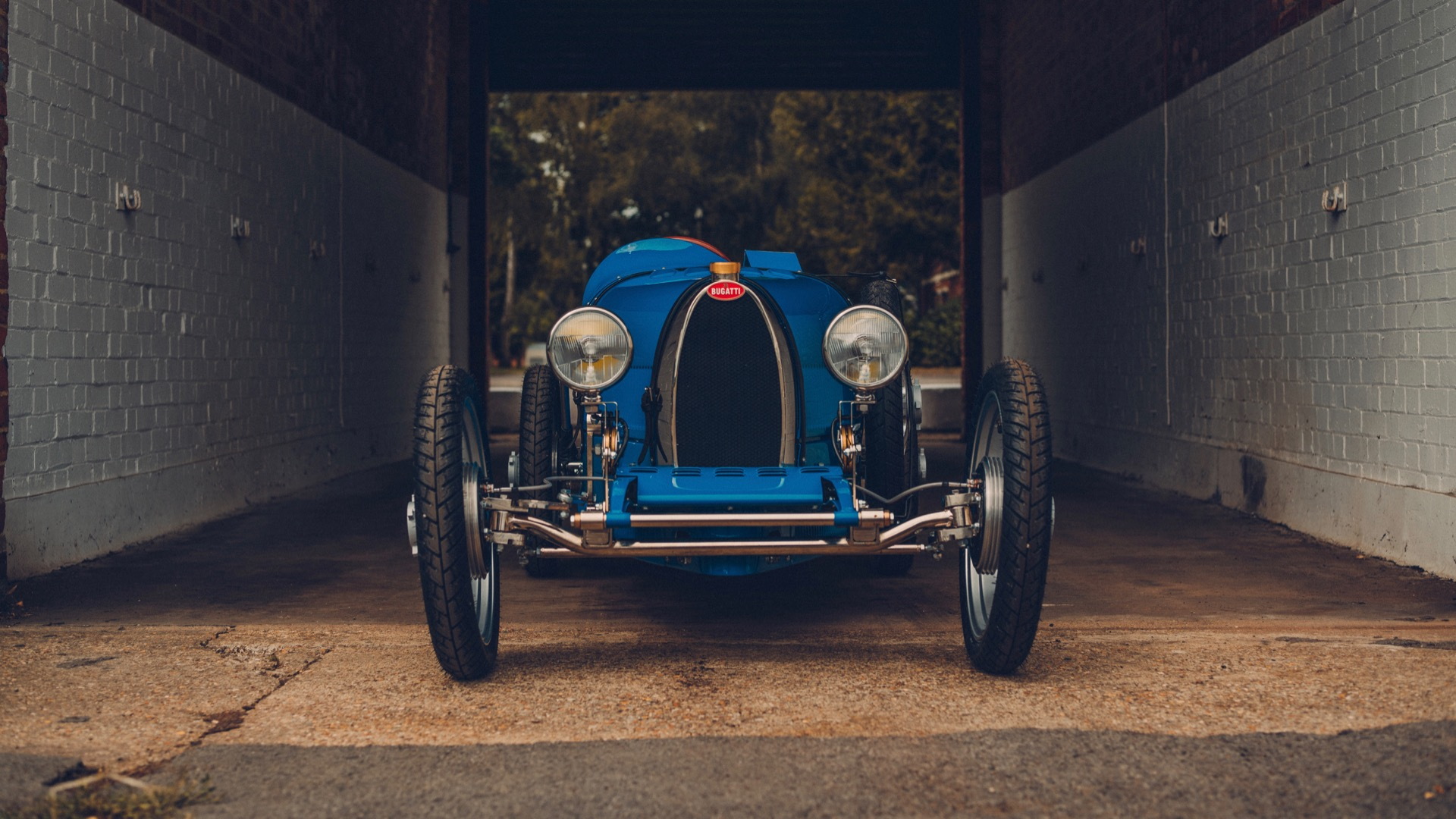 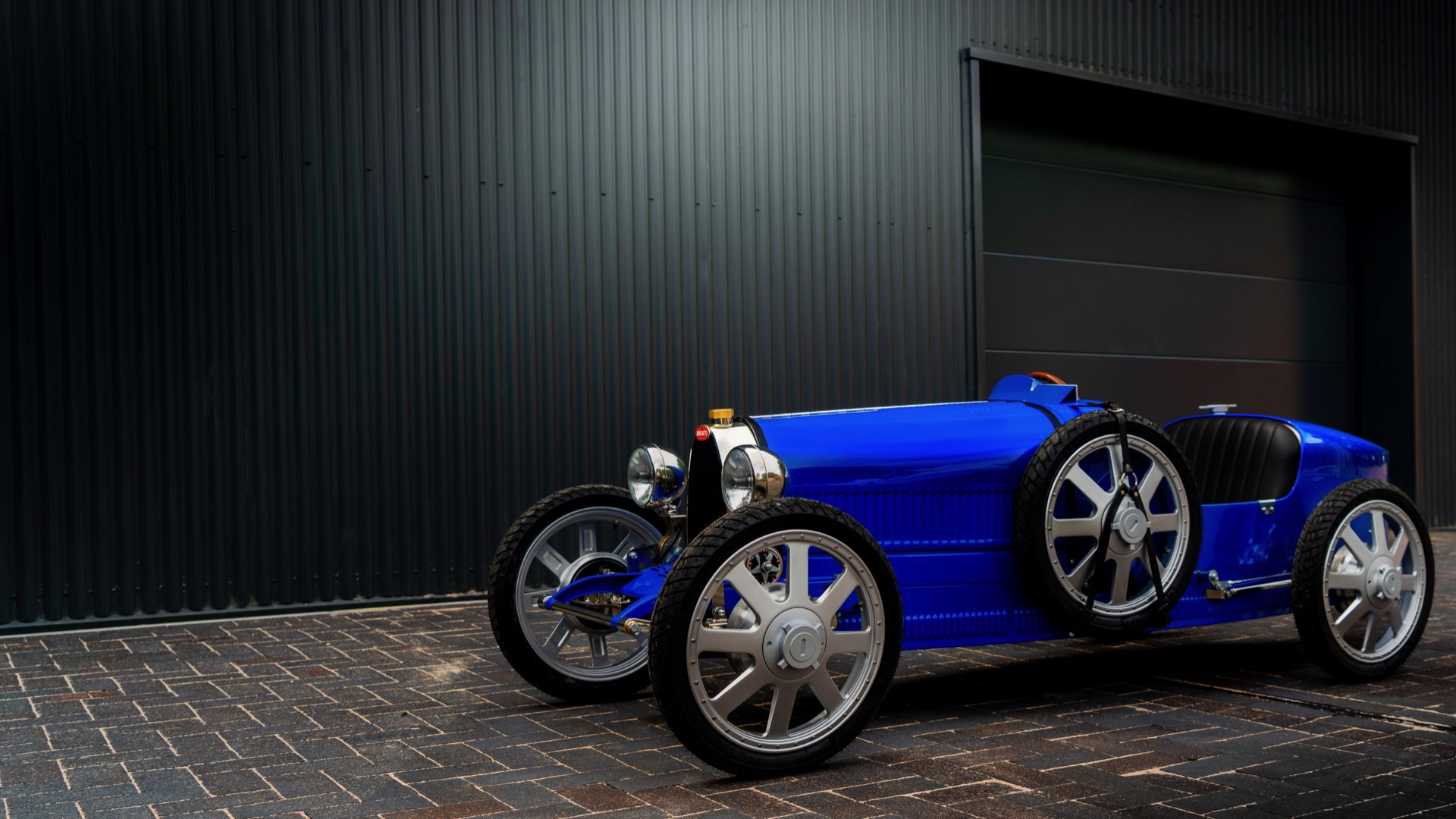 Bugatti gave itself a 110th birthday present in the form of the reborn Baby II, a miniature car inspired by one built by company founder Ettore Bugatti in 1926. Production of the limited series of 500 cars has started, Bugatti said in a press release Friday. While the entire production run originally sold out, some build slots have reopened, the company noted.

The original Bugatti Baby was a a half-scale replica of the Bugatti Type 35, built by Ettore Bugatti for his youngest son, Roland. Customers asked for their own tiny Bugattis, so the company built a batch of 500 back in the day. The modern Baby II will be built in identical numbers, but with some differences.

Unveiled at the 2019 Geneva motor show, the Baby II still replicates the Type 35, but this time at a larger three-quarter scale. Like the original Baby, the new model uses an electric motor to power its rear wheels, but this time buyers can choose from three versions. The base model gets a 1.4-kwh lithium-ion battery pack and composite bodywork. The Vitesse gets a 2.8-kwh pack, carbon-fiber bodywork, and an upgraded powertrain. The Pur Sang shares the Vitesse powertrain, but features hand-formed aluminum bodywork.

All versions of the Baby II have a limited-slip differential, hydraulic brakes, and Michelin tires—the same supplier as Bugatti's full-size supercars. Just like on the Chiron, the Bugatti badge is made from silver. Bugatti even had test driver and 24 Hours of Le Mans winner Andy Wallace shake down the Baby II.

Pricing starts at about $35,000 at current exchange rates for the base model, rising to about $51,000 for the Vitesse and almost $69,000 for the Pur Sang. Bugatti said some build slots have reopened, as some customers have had a change in financial circumstances due to the global coronavirus pandemic and associated economic meltdown.