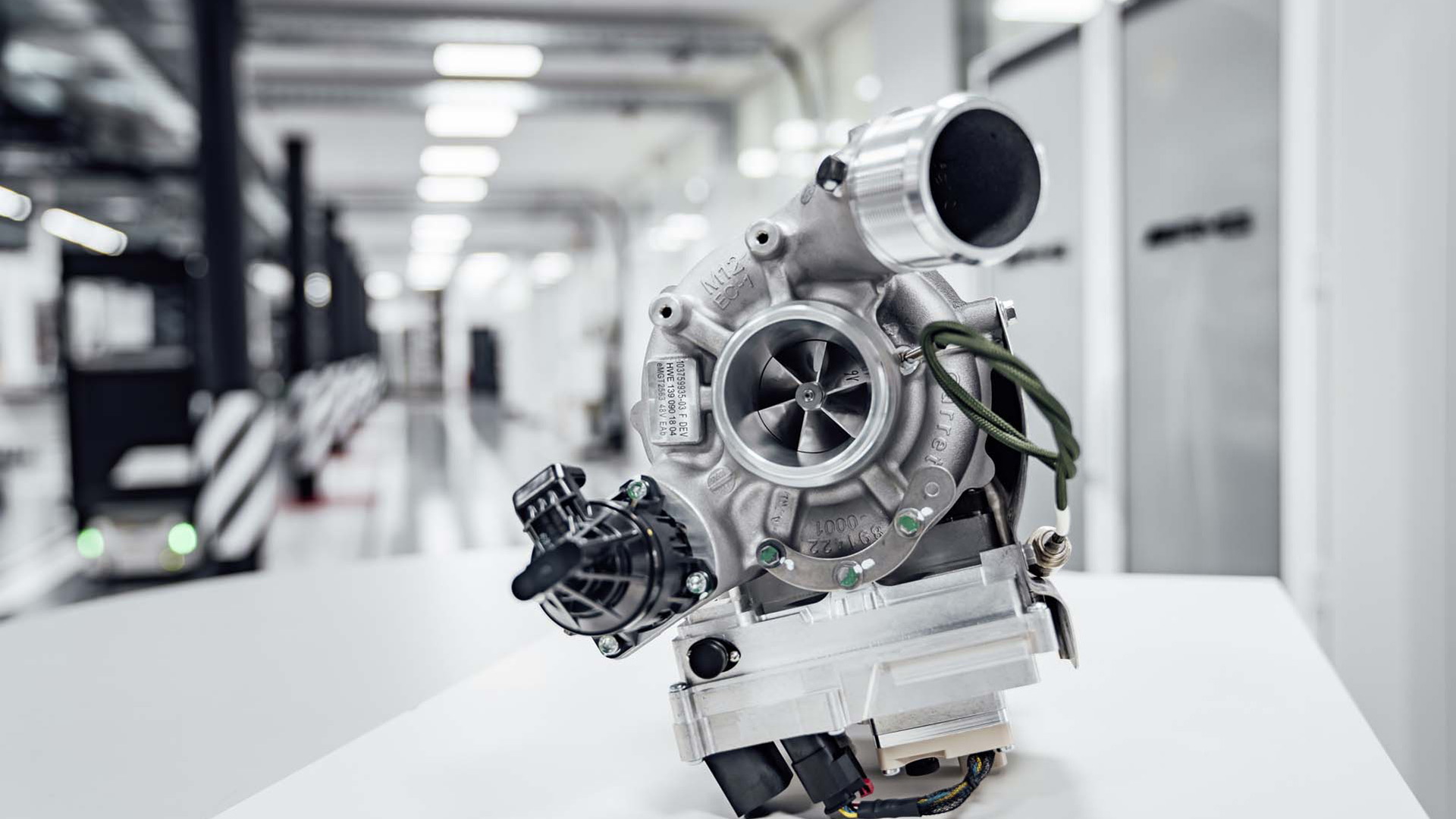 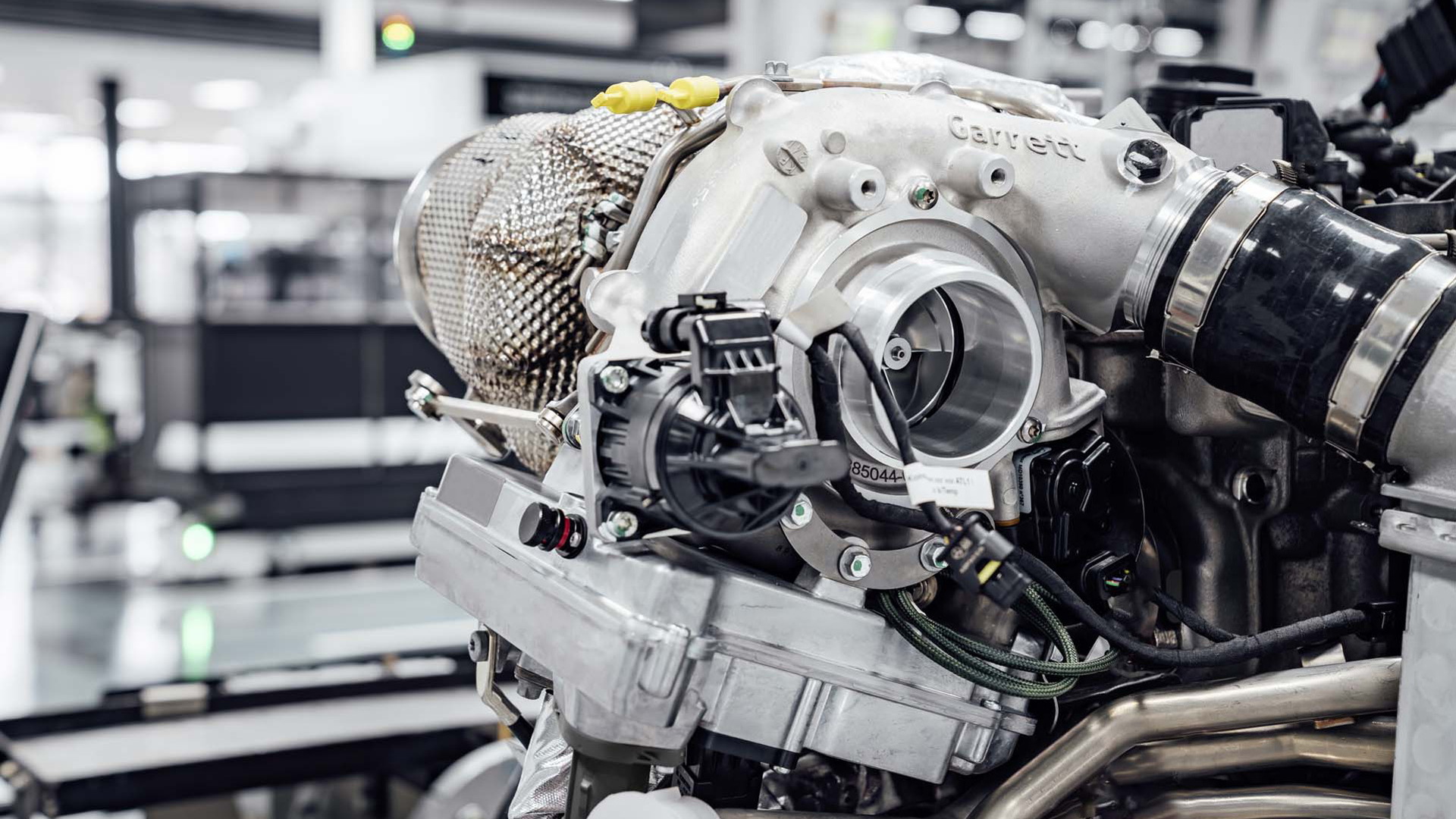 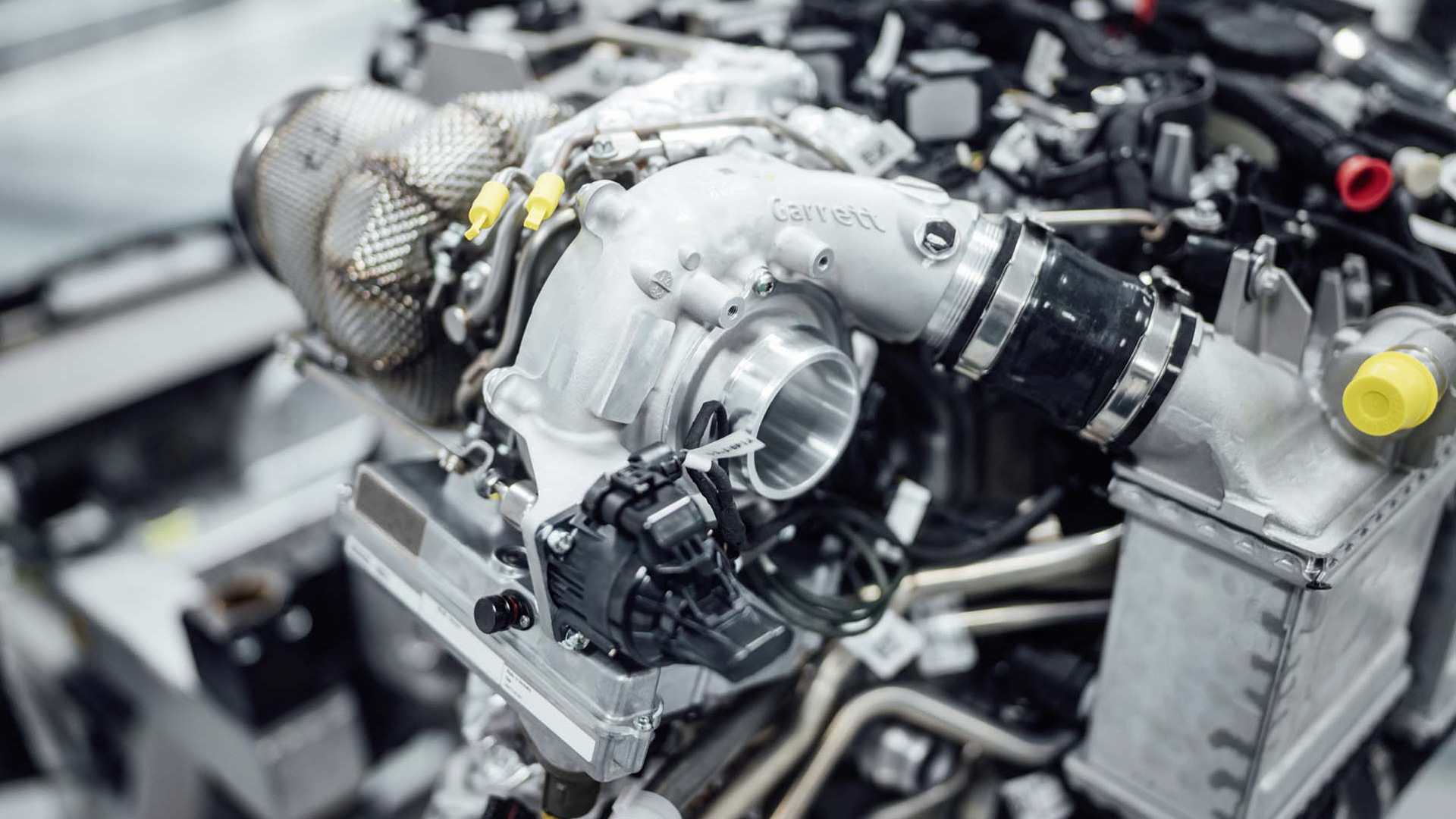 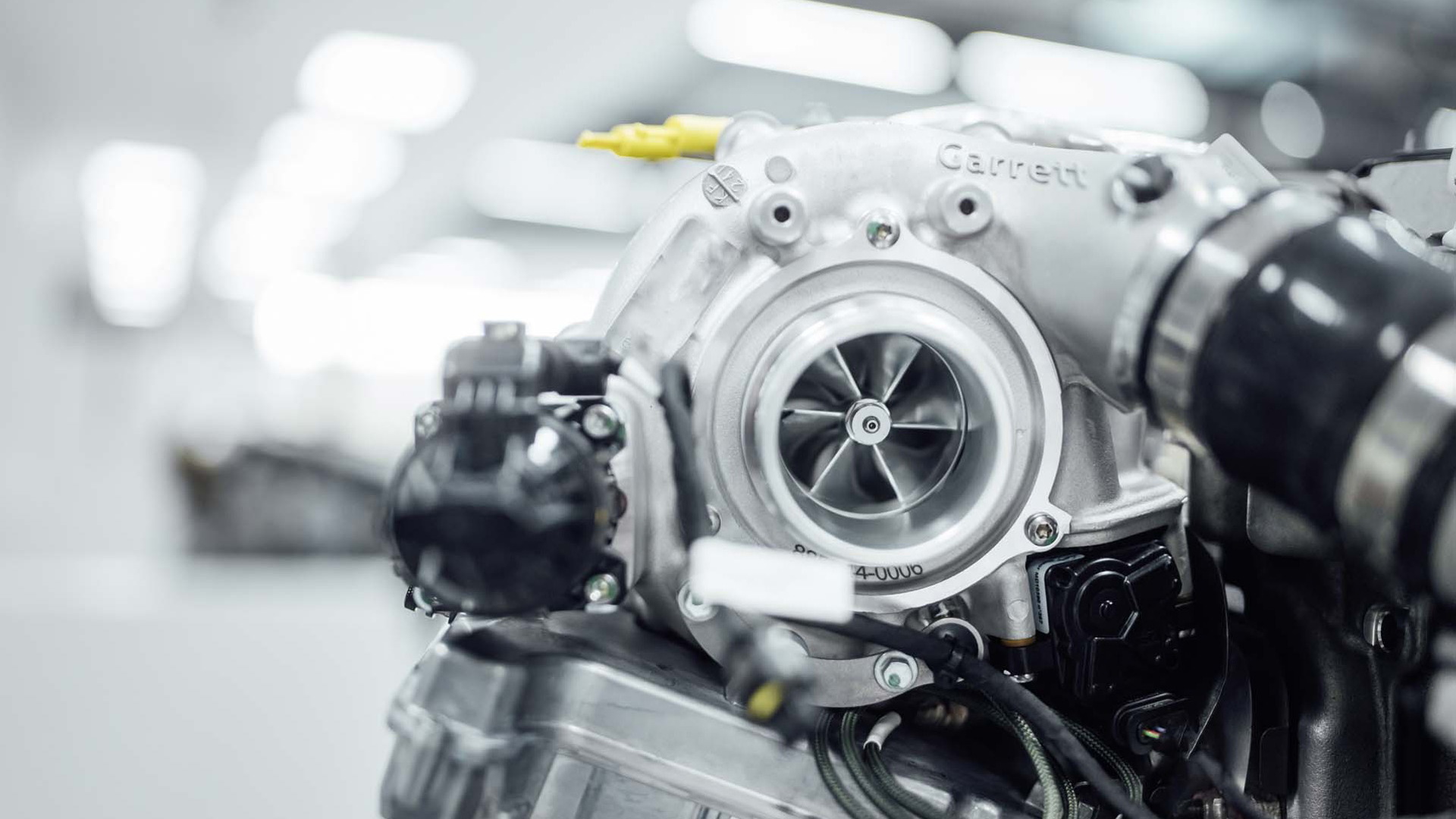 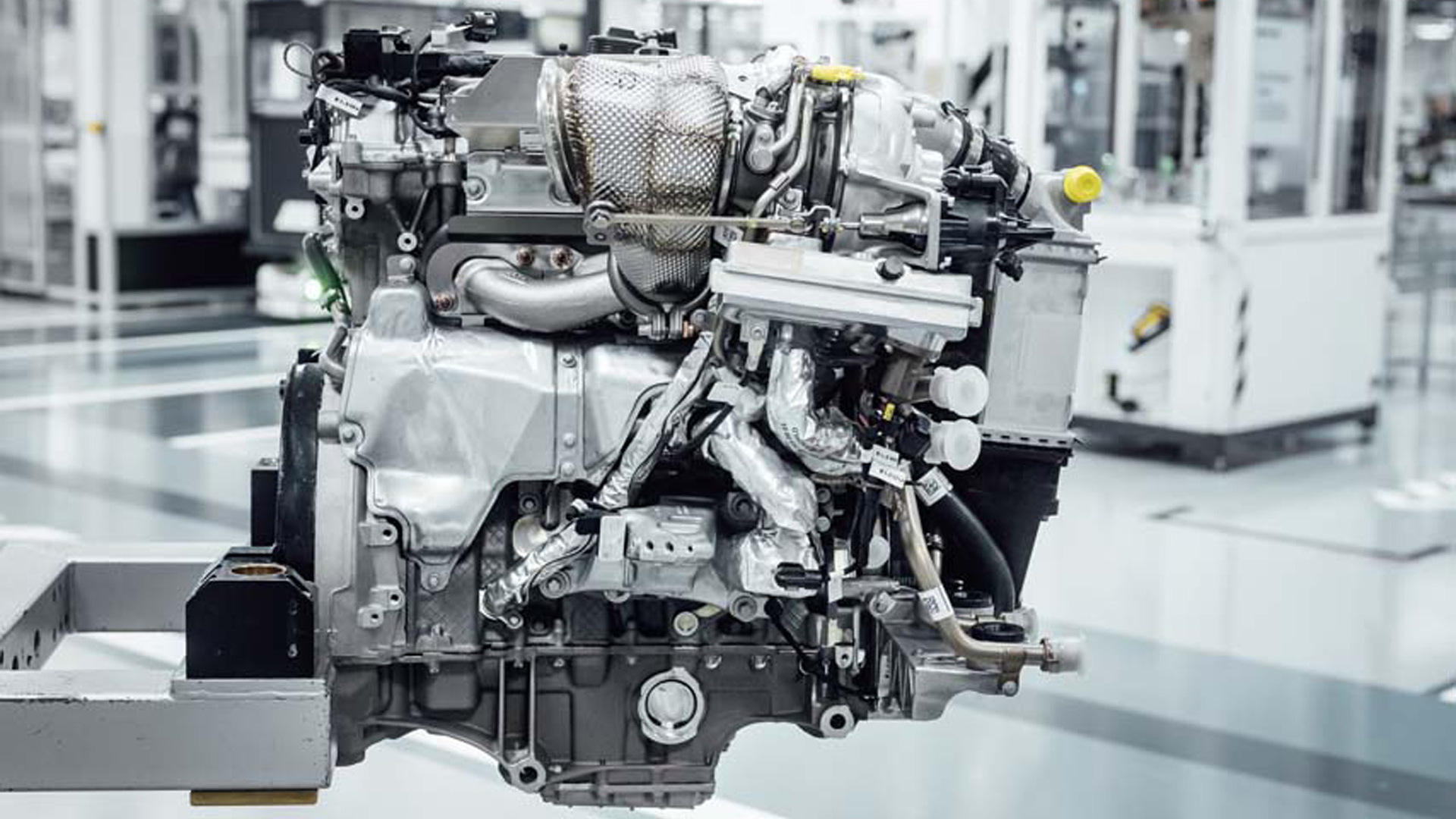 The technology that will allow this is an electrified turbocharger, which Formula One fans will know as the MGU-H (Motor-Generator Unit Heat).

Mercedes-AMG looks set to be among the first automakers to introduce electrified turbos to the world of production cars. The company on Wednesday announced it is close to readying the technology, without saying what model(s) we'll first see it in.

We know however that AMG's One hypercar due in 2021 will feature the technology. (Infiniti also previewed the tech in its Q60 Project Black S concept but that project looks to be dead in the water.)

AMG will use an electrified turbo called the E-Turbo developed by Garrett Advancing Motion. The setup features an electric motor-generator measuring just 1.6 inches thick mounted to the shaft connecting a turbo's compressor wheel and turbine. The motor-generator actually sits between the compressor and turbine, and the electricity it generates is stored in a battery.

When it's not recovering energy, the motor-generator is used to power the compressor at low revs to help eliminate lag, similar to technology already used by AMG and other automakers. The motor-generator can even spin the compressor wheel when the driver's foot is off the accelerator, so that boost pressure is ready when the driver hits the loud pedal once again, resulting in linear engine response. According to AMG, the turbocharger can achieve speeds of up to 170,000 rpm, resulting in a very high rate of air flow.