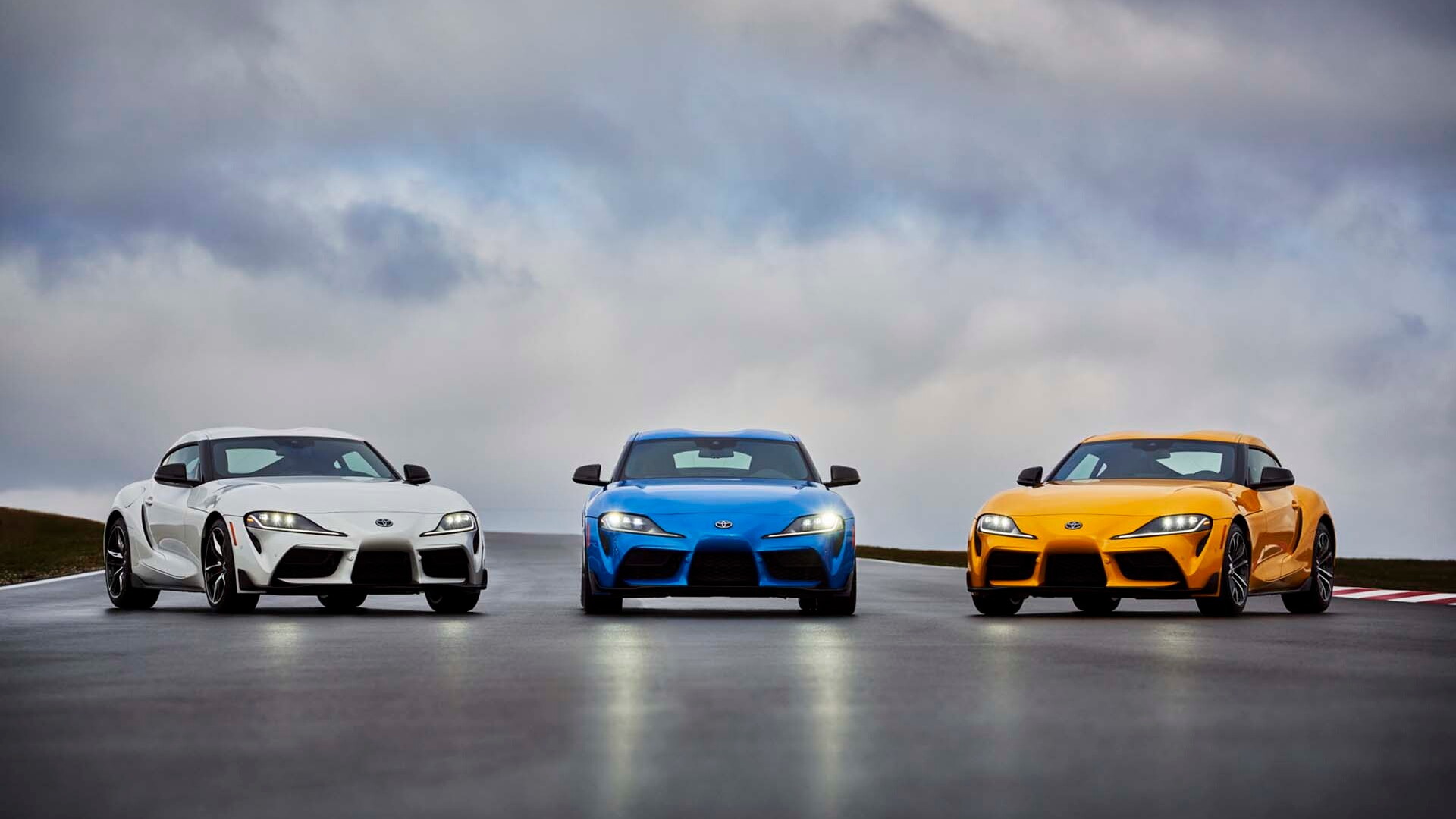 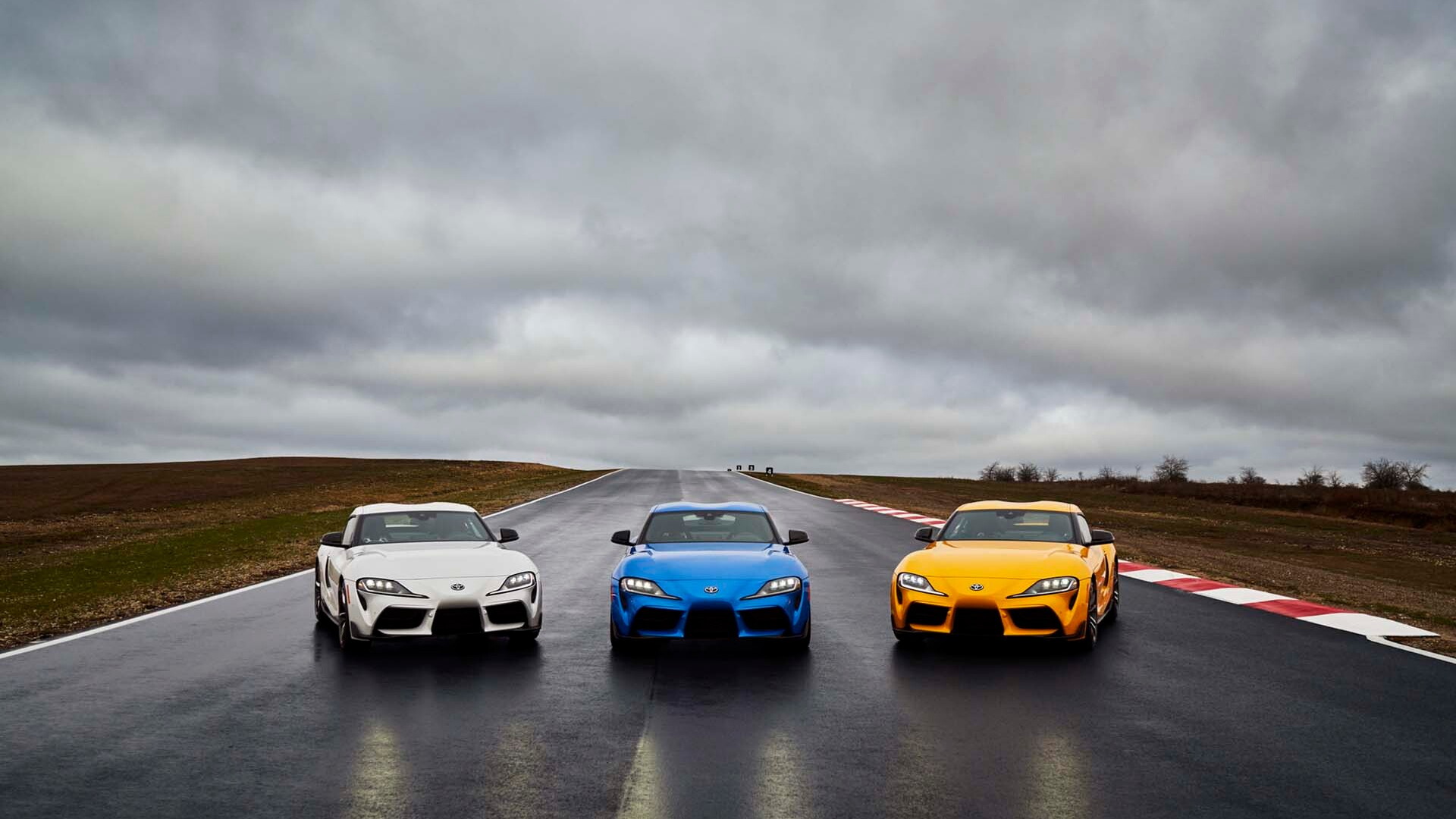 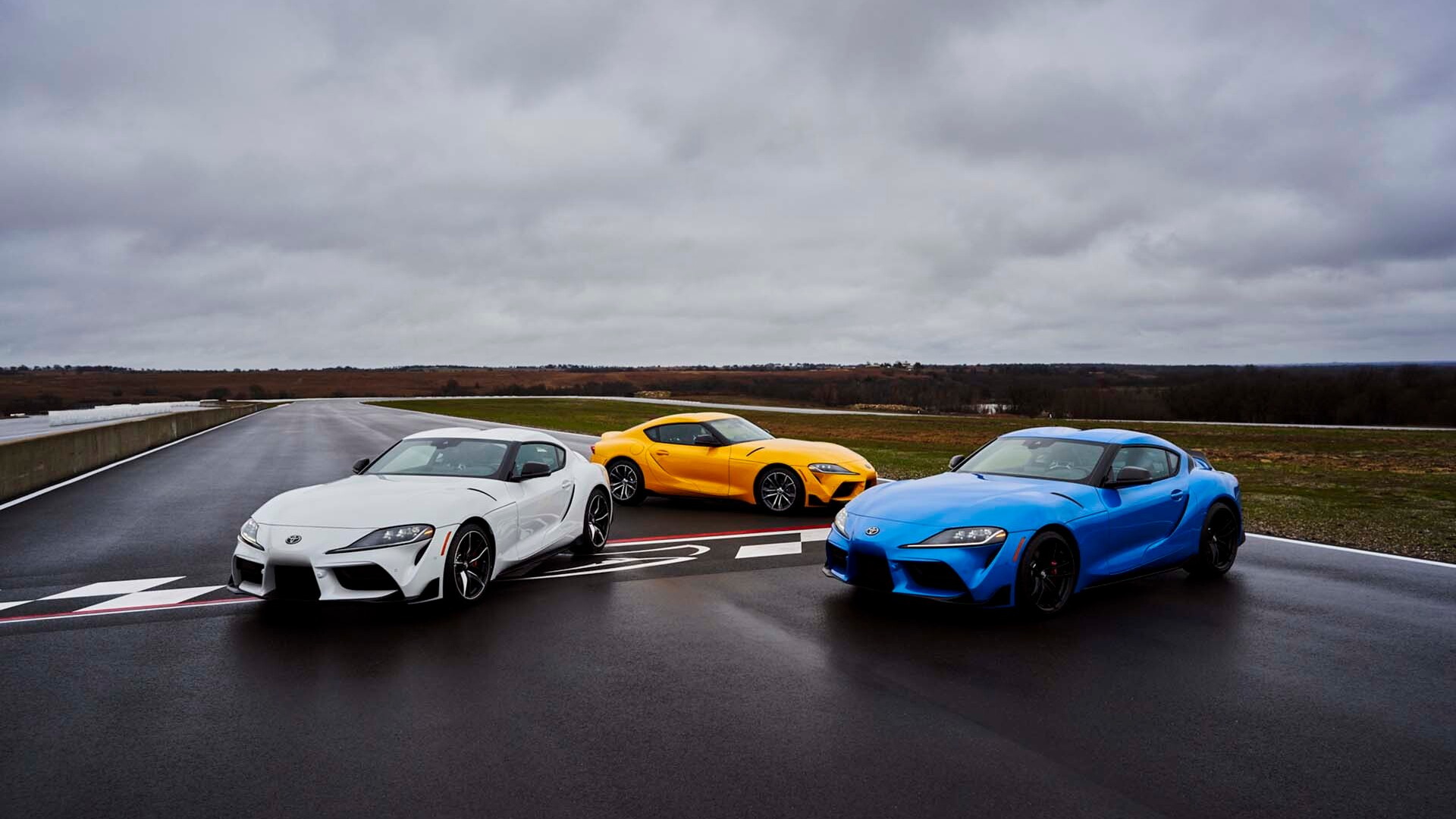 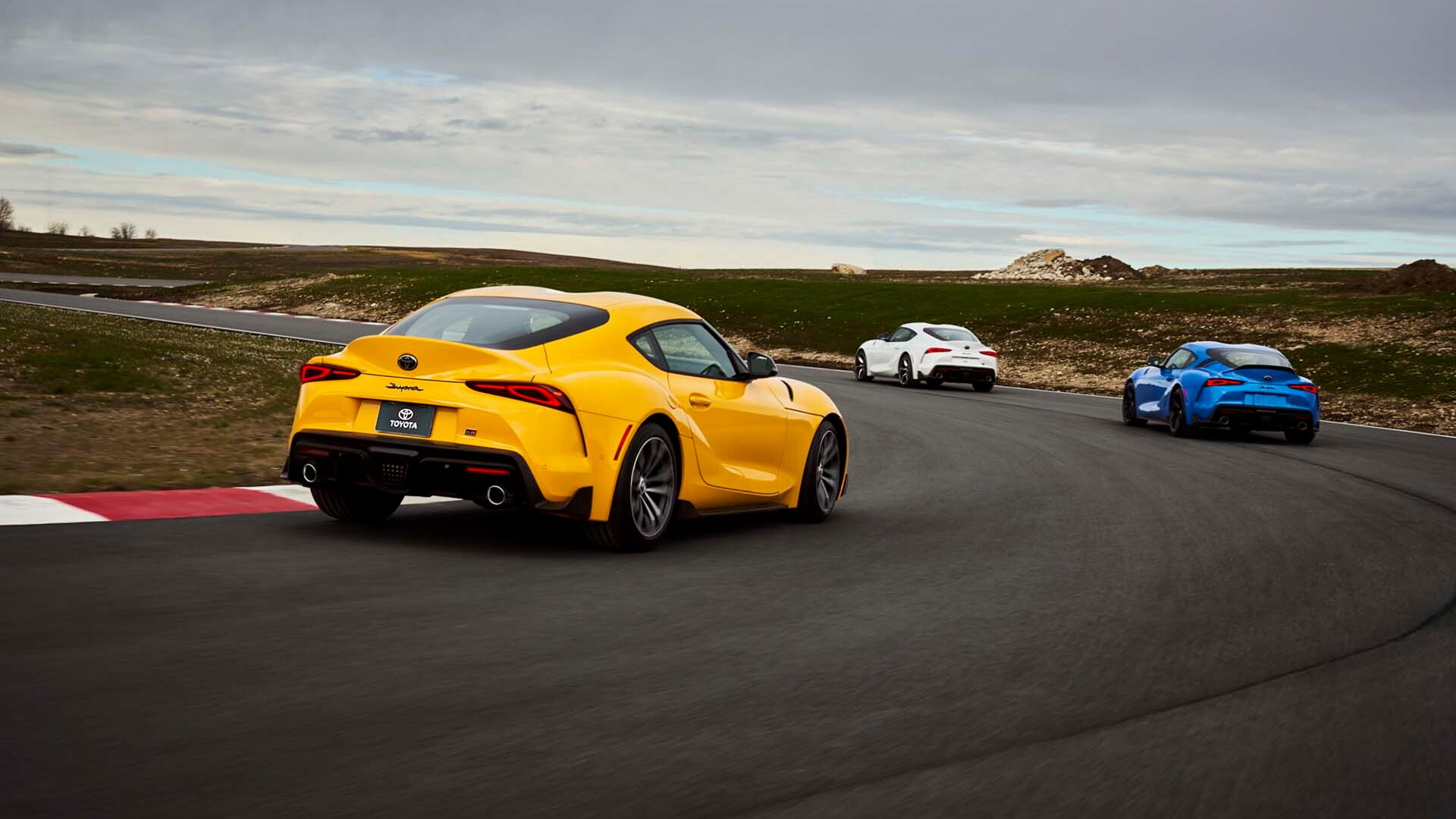 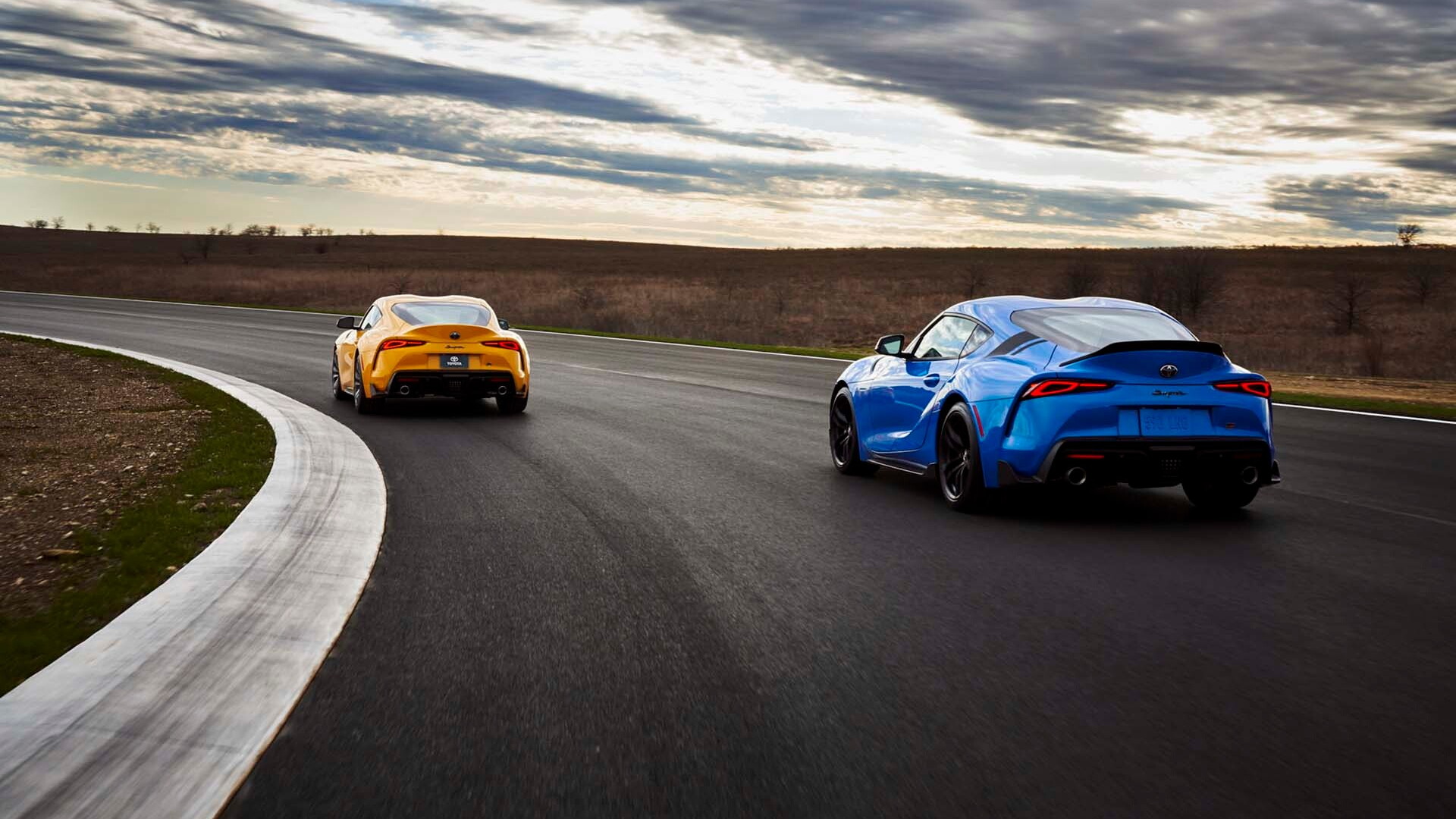 After only a year on the market, the revived, fifth-generation Toyota Supra gets significant revisions.

For the 2021 model, which goes on sale this month, there's a turbo-4 engine option, more power for the existing turbo-6 engine, more standard technology, and revised chassis tuning—along with a lower price. 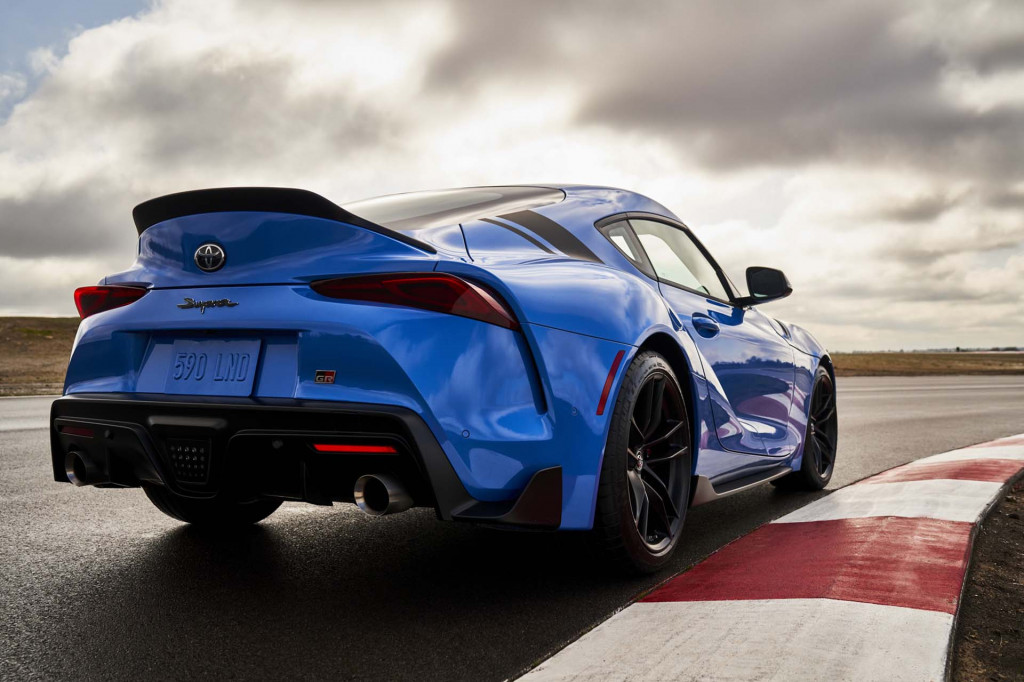 The turbo-4 Supra drops the Supra's starting price to $43,945‬, down from $50,920. If you're looking for the turbo-6, you'll now need to pay ‭a minimum of $51,945‬. Both figures include destination. We've tested both powertrain options and there's no wrong choice here.

The turbo-4 is a 2.0-liter unit sourced from BMW and generates 255 horsepower and 295 pound-feet of torque, all of which is sent to the rear wheels via an 8-speed automatic transmission. There's still no manual, we're afraid.

The 4-cylinder Supra weighs about 200 pounds less than the 6-cylinder model, coming in at 3,181 pounds. Having two fewer cylinders helps save weight, as do smaller 13-inch front brake rotors with single-piston calipers, and the lack of an active rear differential and adaptive suspension. Inside, the new base model goes with a four-speaker sound system instead of a 10-speaker system, and has manually adjustable seats.

Toyota said the turbo-4 Supra maintains a 50:50 weight balance and sprints from 0-60 mph in 5.0 seconds on the way to an electronically limited 155-mph top speed. 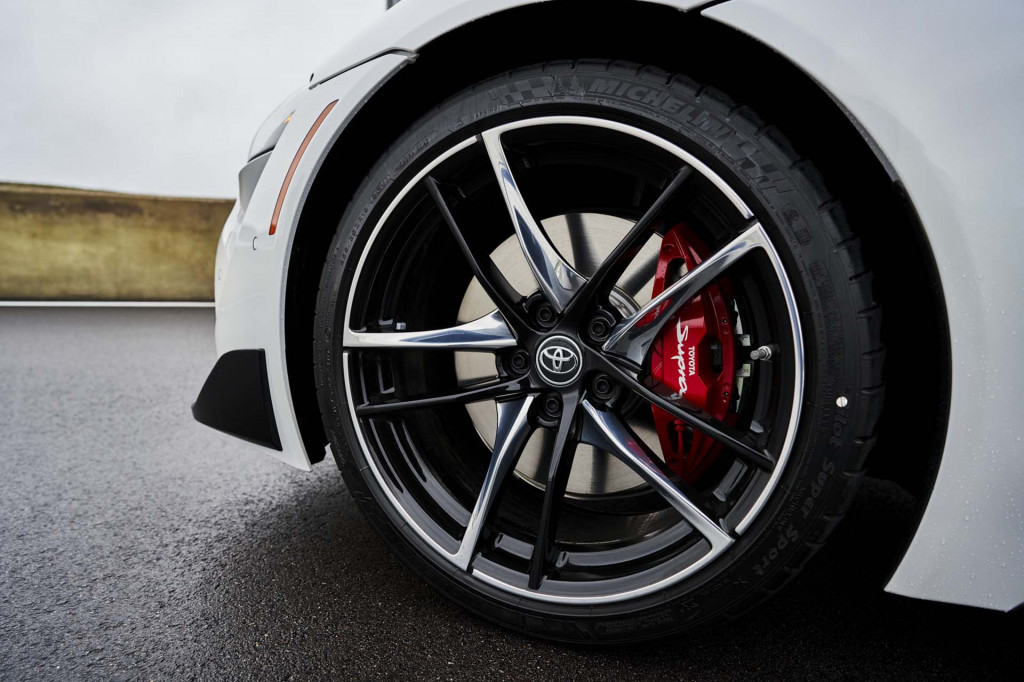 The 3.0-liter turbocharged inline-6 returns and produces 382 hp instead of last year's 335 hp, while torque is 368 lb-ft up from the previous 365 lb-ft. Toyota said the power increase comes from a new six-port dual-branch exhaust manifold (last year's model had two ports), revised heat management, and a new piston design that reduced the engine's compression from 11:1 to 10.2:1.

The increased power output also increases performance. Last year's turbo-6 Supra sprinted from 0-60 mph in 4.1 seconds, compared to this year's 3.9-second sprint. Top speed is electronically limited at 155 mph. Toyota modified the chassis on turbo-6 models for 2021 with aluminum braces from the radiator to the strut towers, new front and rear bump stops, and an updated tune on the dampers. The electric power steering, adaptive suspension, stability control, and active rear differential all also received revised programming to work with the upgraded bracing and suspension tune. 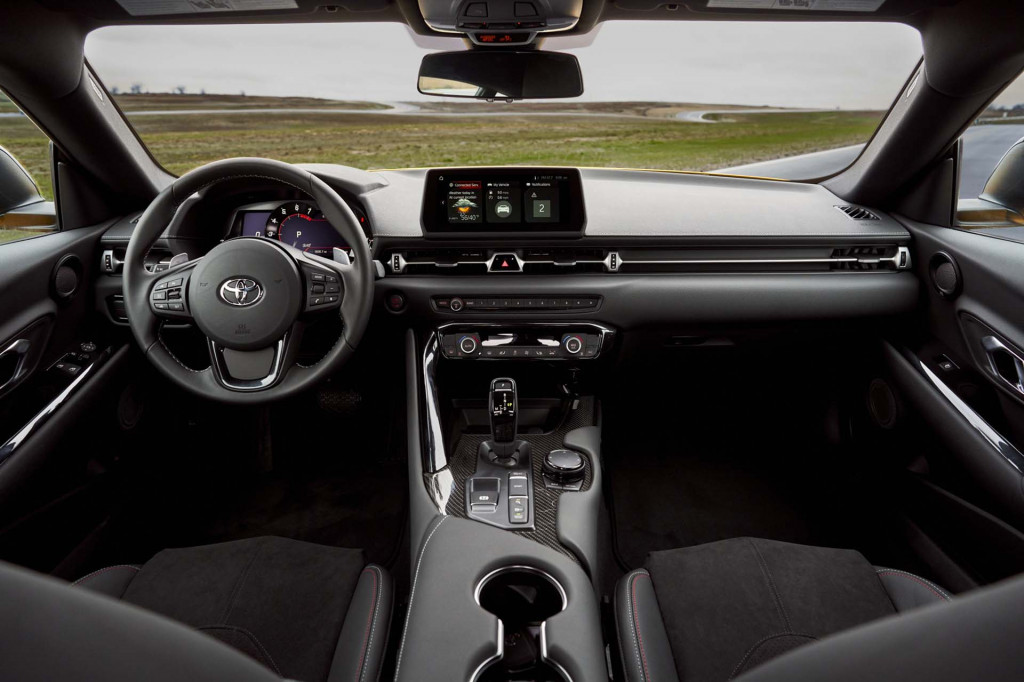 Also new for 2021 is the addition of an A91 special edition. Just 1,000 will be offered, with the cars featuring exclusive colors, C-pillar graphics, carbon fiber mirror caps, and black suede leather-trimmed seats with blue contrast stitching. If you want one of these, be prepared to pay at least ‭$56,945‬.