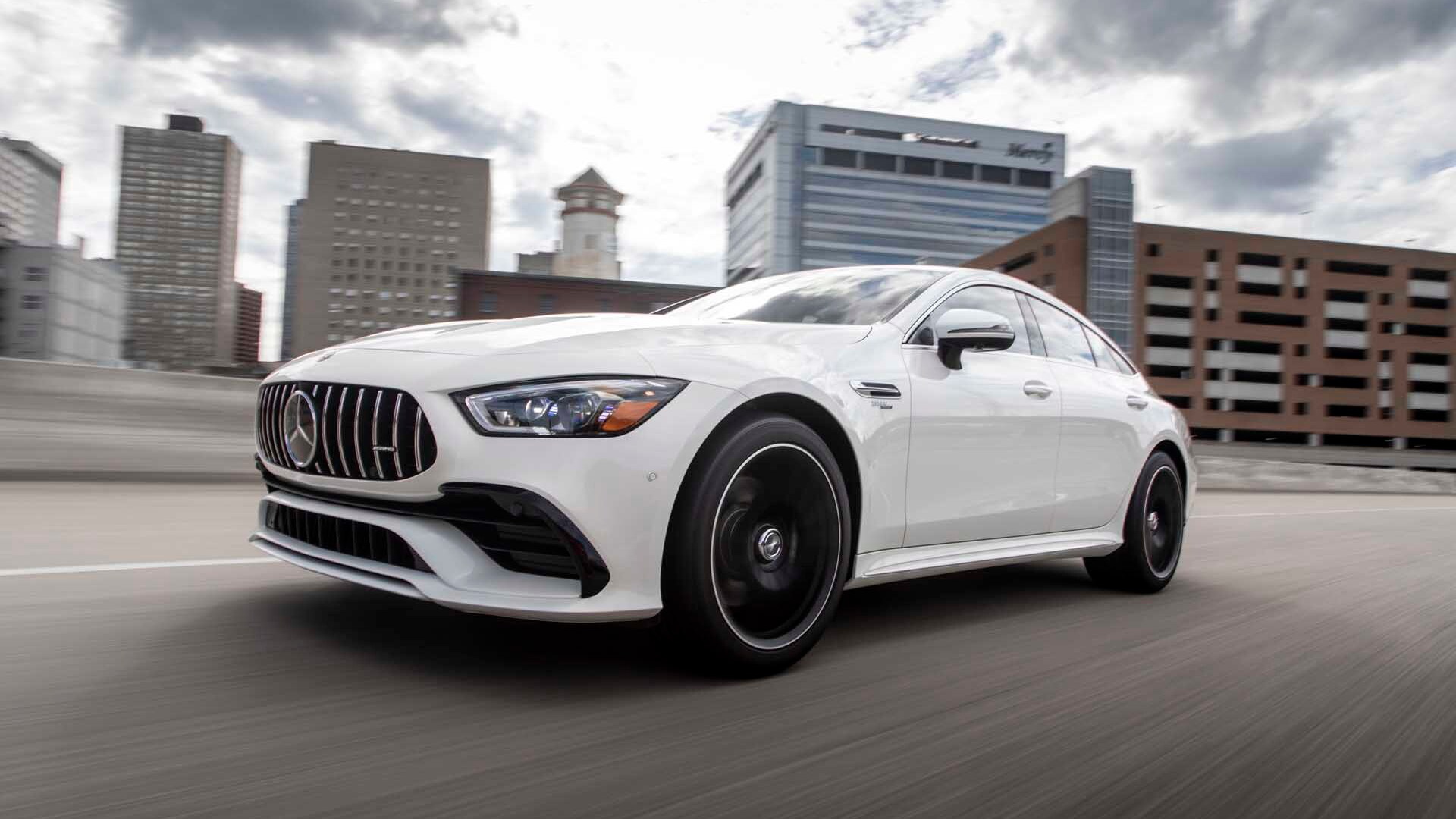 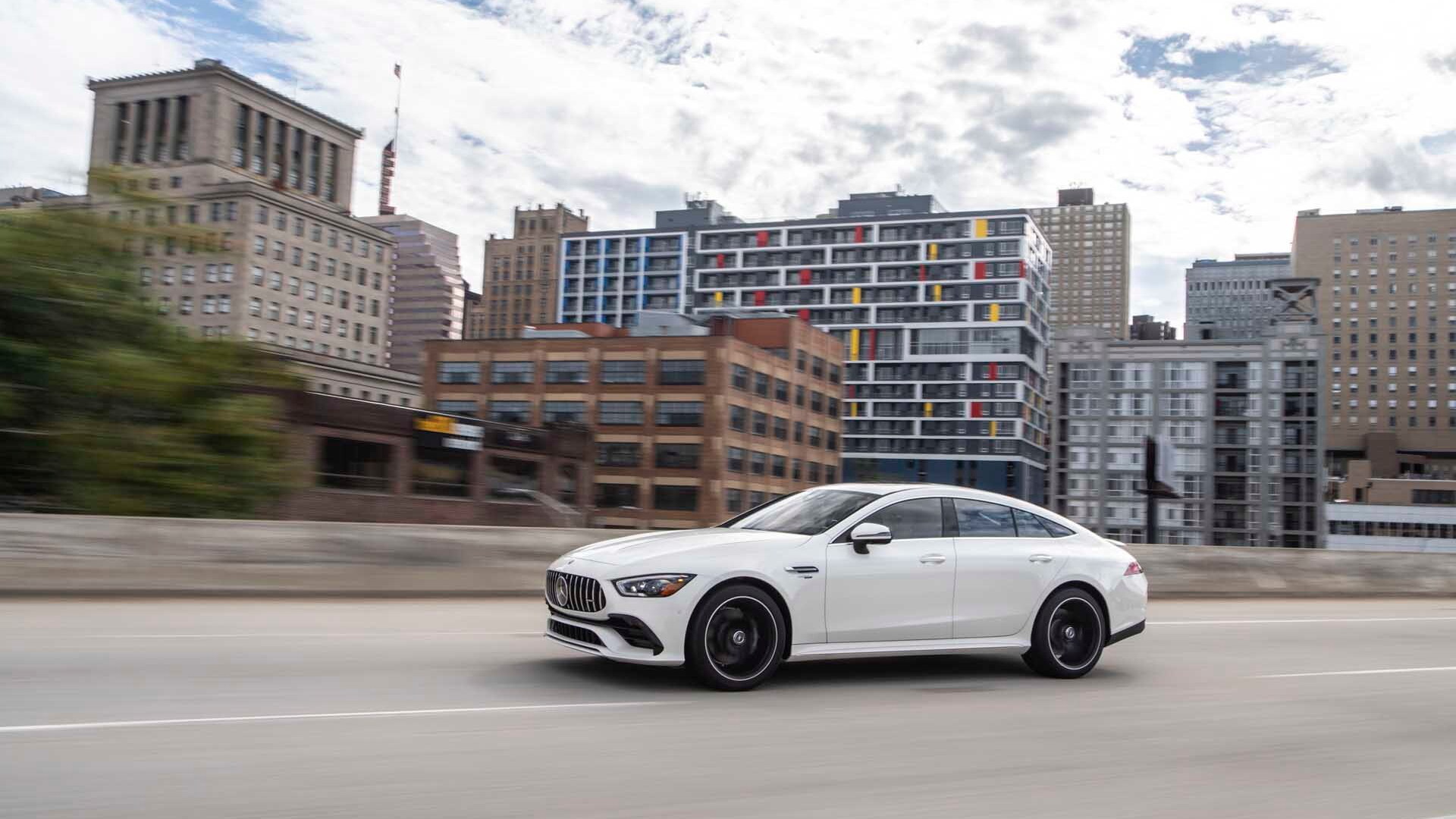 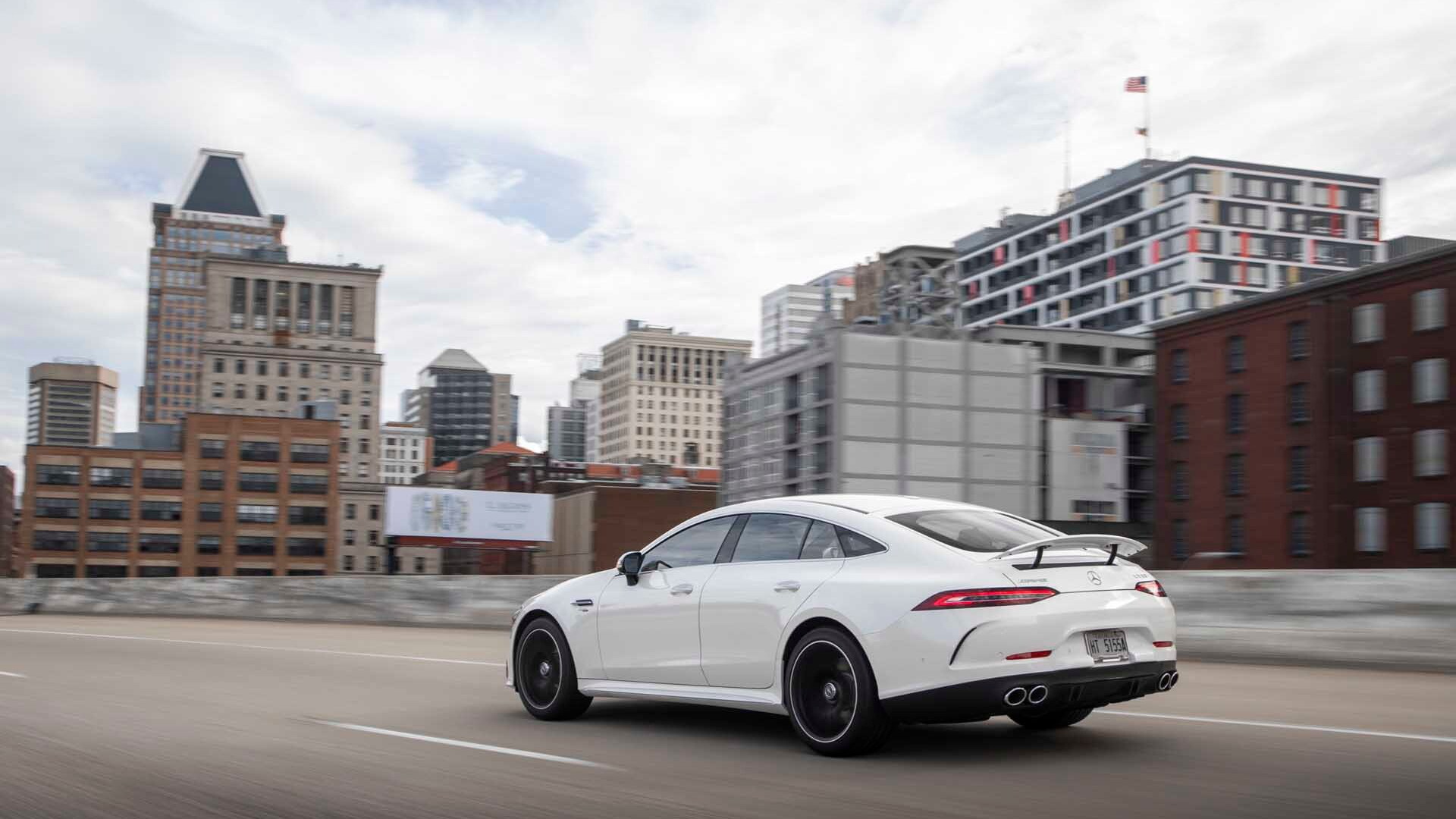 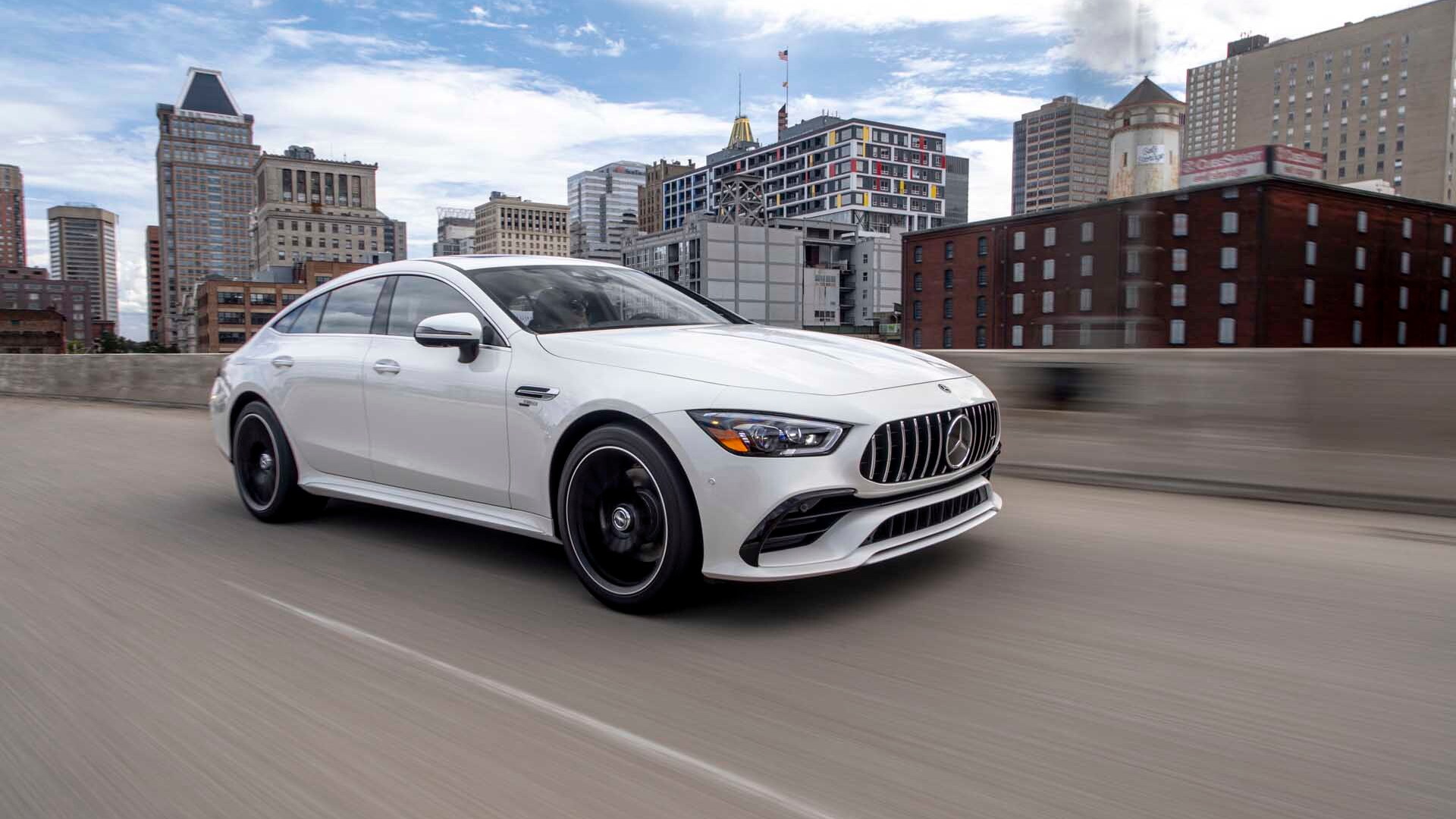 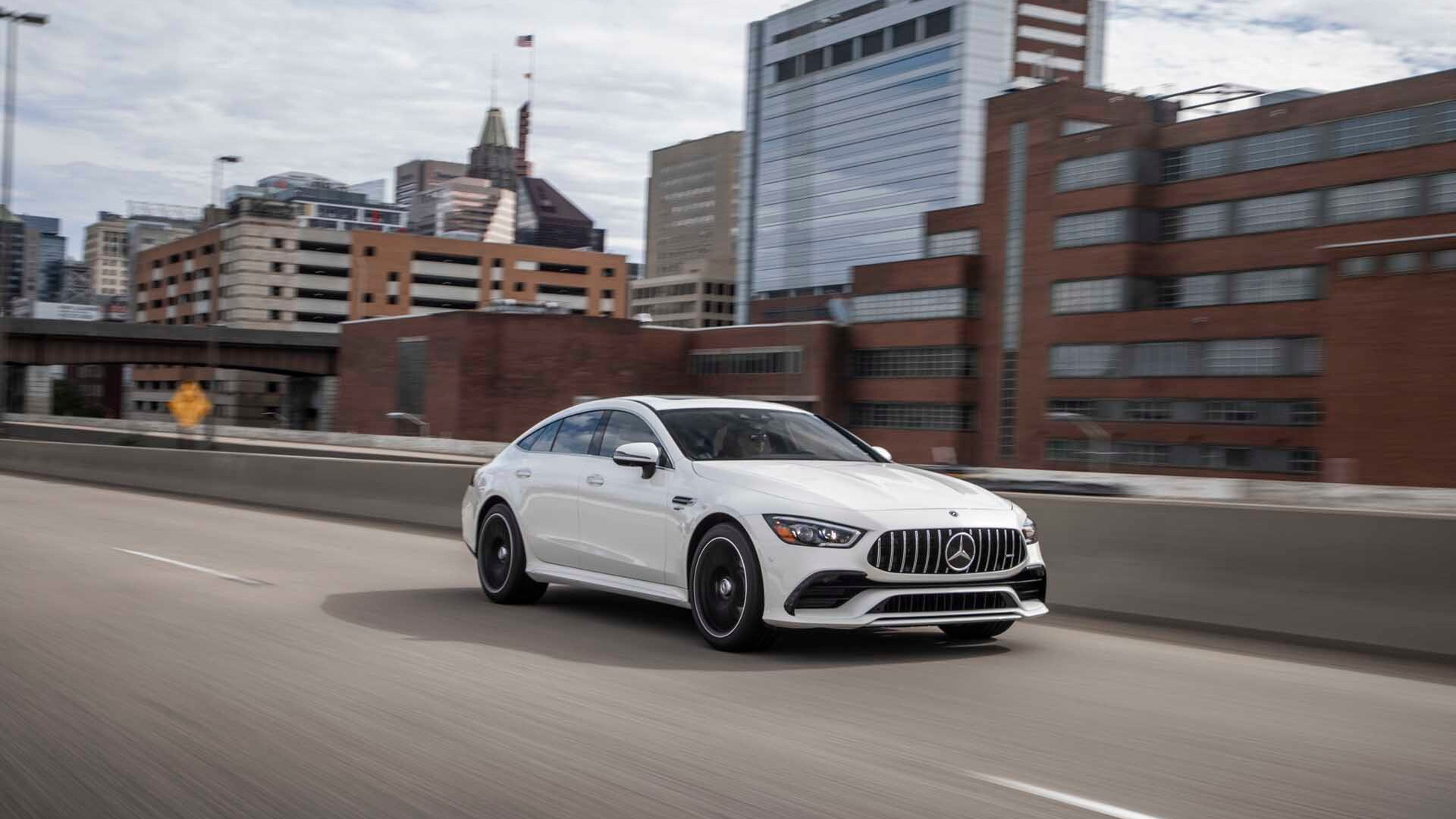 Mercedes-AMG has added a new entry-level model to its GT 4-Door Coupe range: the GT 43.

The powertrain is similar to the one in the GT 53, albeit with a lower power rating. It consists of a 3.0-liter turbocharged inline-6 and an electric motor-generator in a mild-hybrid configuration, i.e. it can recover energy as well as aid the engine, but it doesn't drive the car on its own.

The inline-6 makes 362 horsepower and 369 pound-feet of torque on its own, while the electric motor-generator, which also serves as the starter motor, adds a temporary boost of 21 hp and 184 lb-ft during lower revs. The powertrain also includes an electric compressor to help the turbocharger provide boost early in the rev range and as a result reduce turbo lag.

A 9-speed automatic and all-wheel-drive system complete the drivetrain.

According to AMG, owners can expect 0-60 mph acceleration in about 4.8 seconds. A top speed hasn't been mentioned, although on the European-spec model it is 168 mph.

For the chassis, AMG adds sport-tuned suspension with adjustable dampers and a powerful braking system with 6-piston calipers in the front as standard.

Inside, the dash design is similar to what you find in other high-end Mercedes models. However, like in all GT 4-Door Coupe models there's a unique center console that mimics the design of an engine cover. The same design features in AMG's GT sports car. At the rear, there are only two seats. They are separated by an extended center console integrating storage cubbies and some vehicle controls. A Burmester sound system and Mercedes' latest infotainment system with voice activation are standard.

AMG plans to expand its GT 4-Door Coupe at the other end of the spectrum, too. While the jury is still out on a Black Series model, AMG has confirmed that a plug-in hybrid is coming soon. It's expected to carry a “GT 73” badge and pack as much as 800 hp.