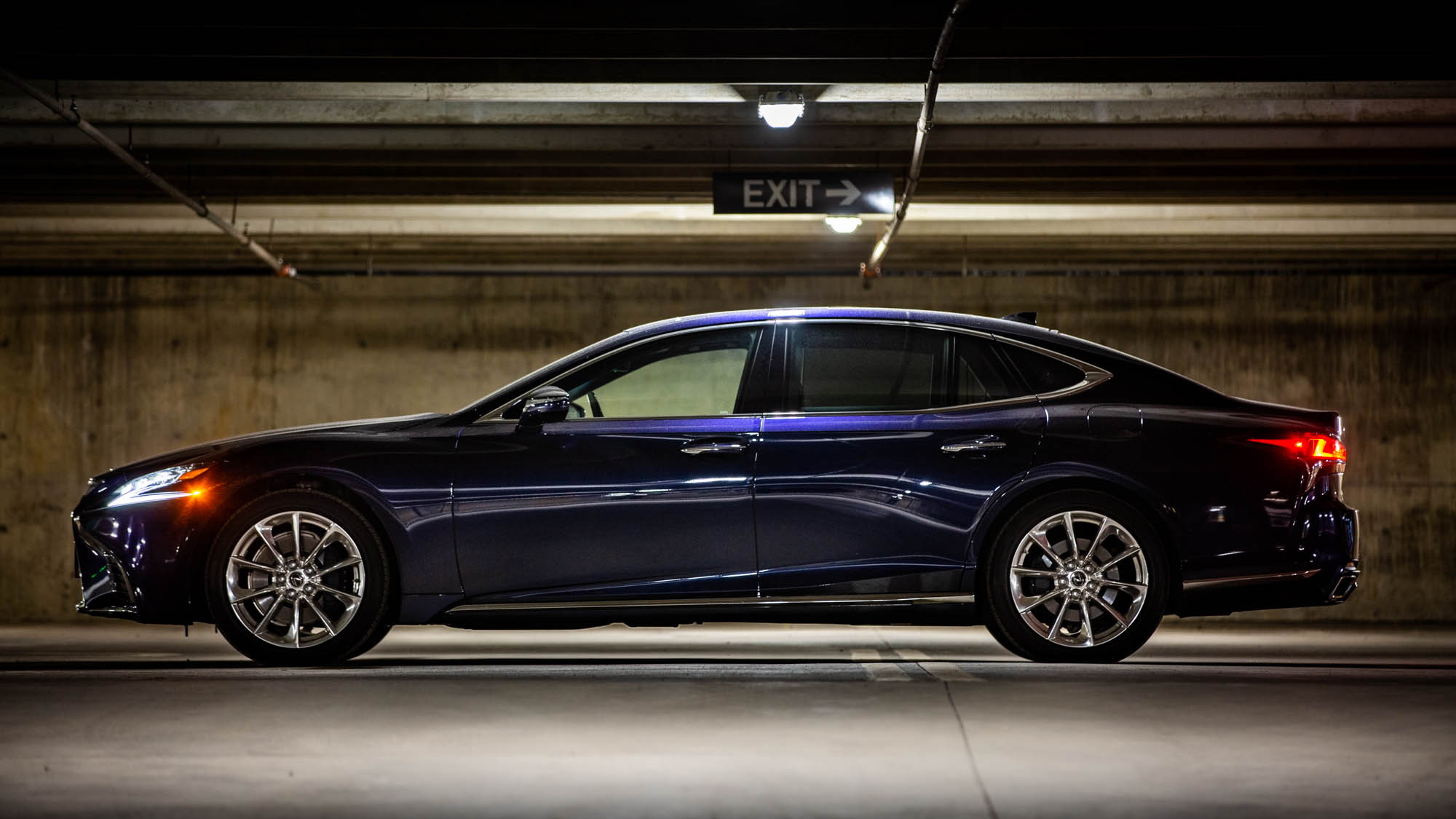 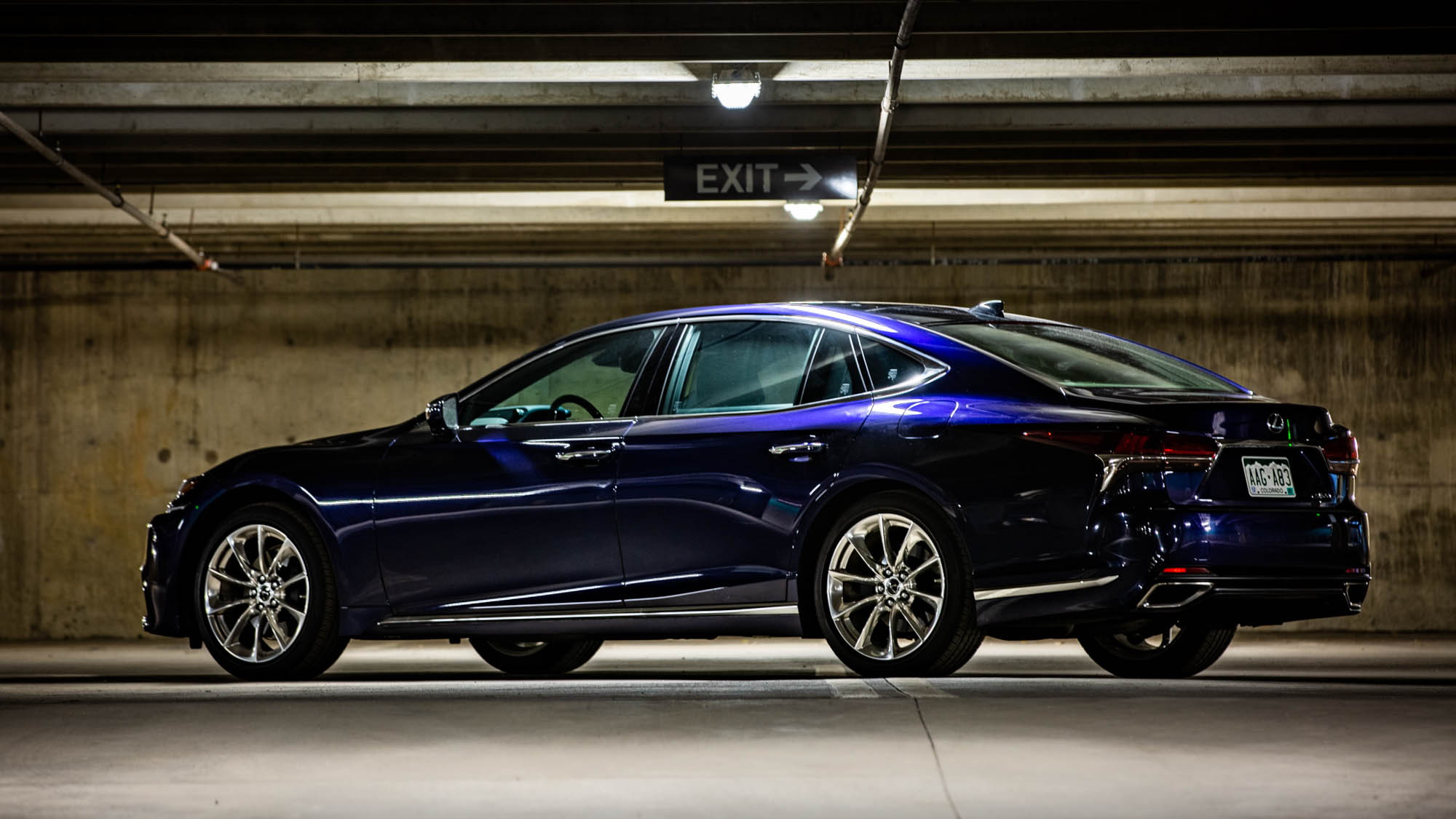 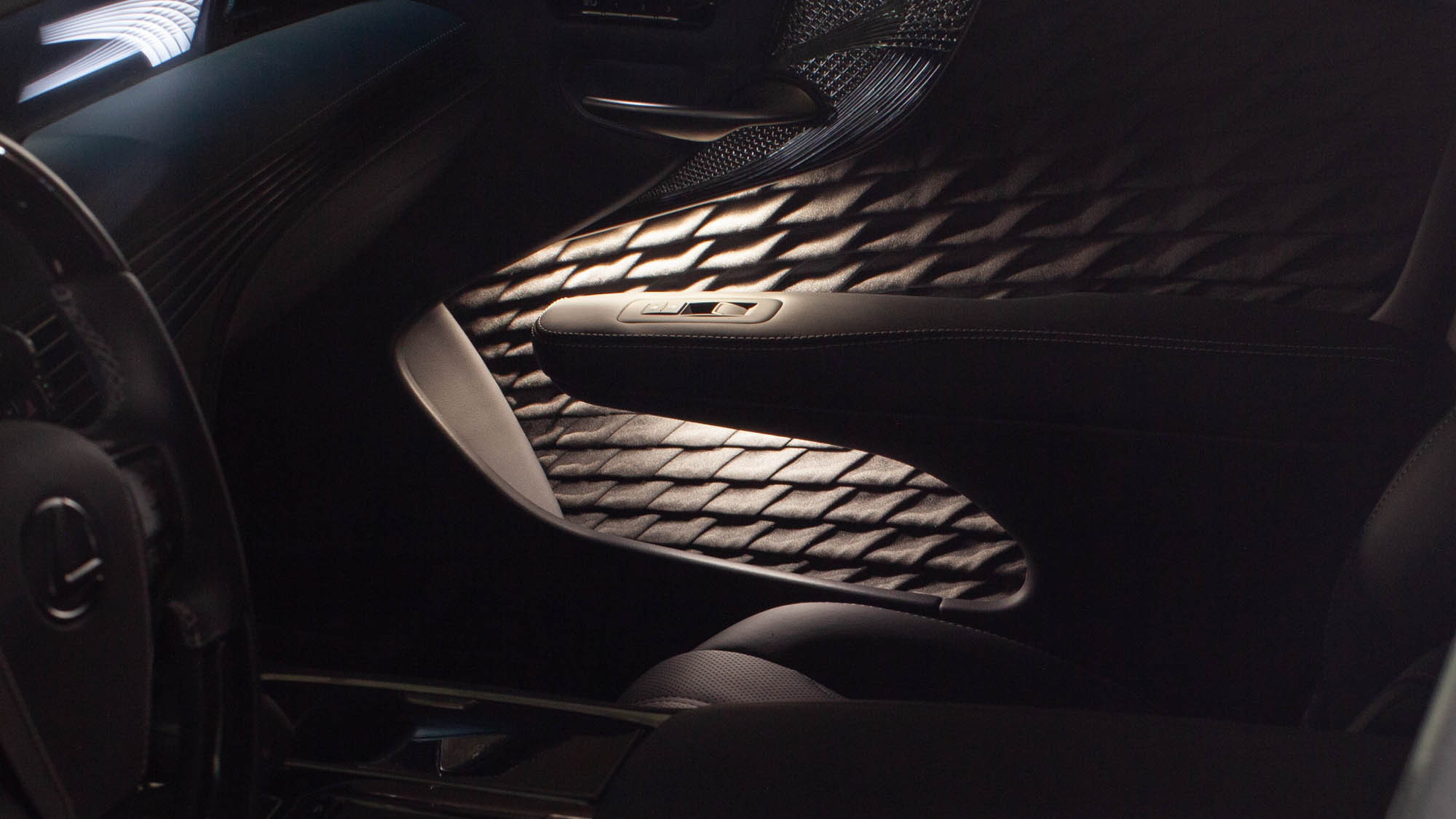 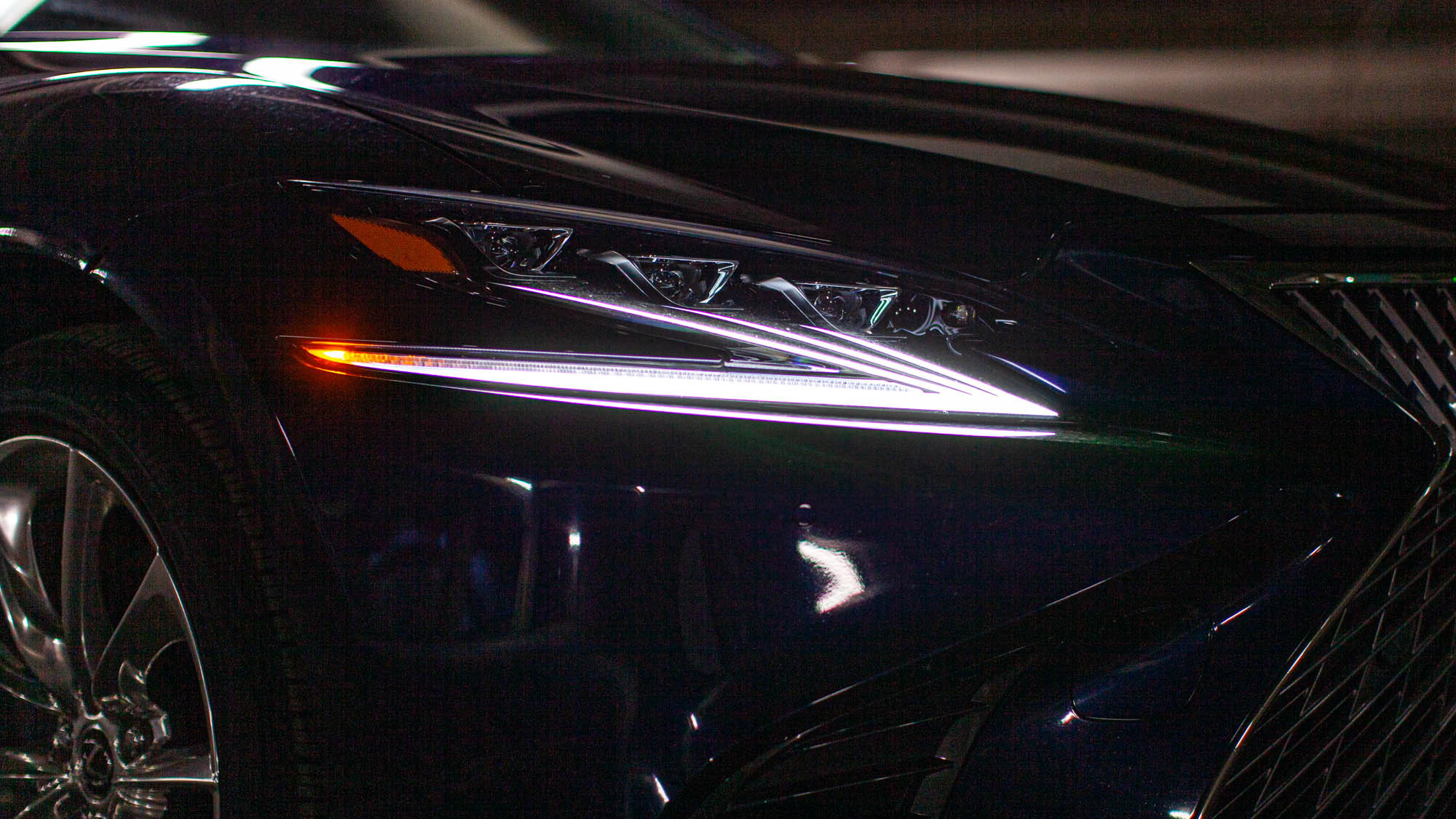 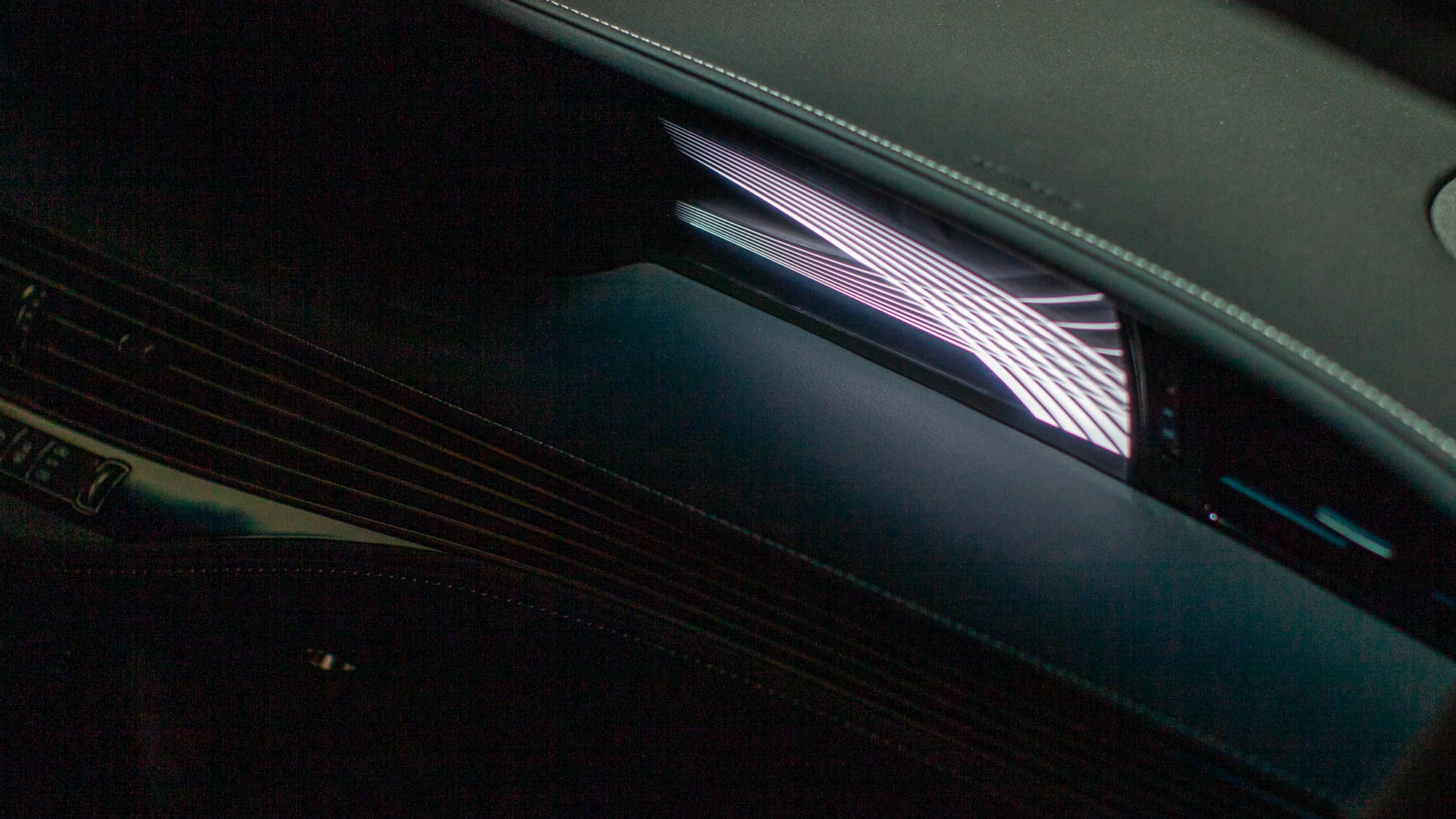 It’s easy to get lost in the curve appeal of the Lexus LC coupe or convertible. Everything pales compared to the swoopy, concept-car lines. A lit road flare wouldn’t get much more than side-eye next to the LC.

Even the 2020 Lexus LS500 sedan would have a tough time standing out.

The four-door sedan that’s loosely based on the LC shares more in common with Emilio Estevez, Cooper Manning, and Roger Clinton. Is being related to greatness still greatness?

To find out, I spent a week with the LS sedan and all its four-door glory. Despite Lexus’ ability to make stand-out, bona fide world-beaters (see, LFA and LC), it’s the DNA from the LS that we’ll likely see swimming in the automaker’s gene pool for models that follow.

That’s good and bad. Here’s why: 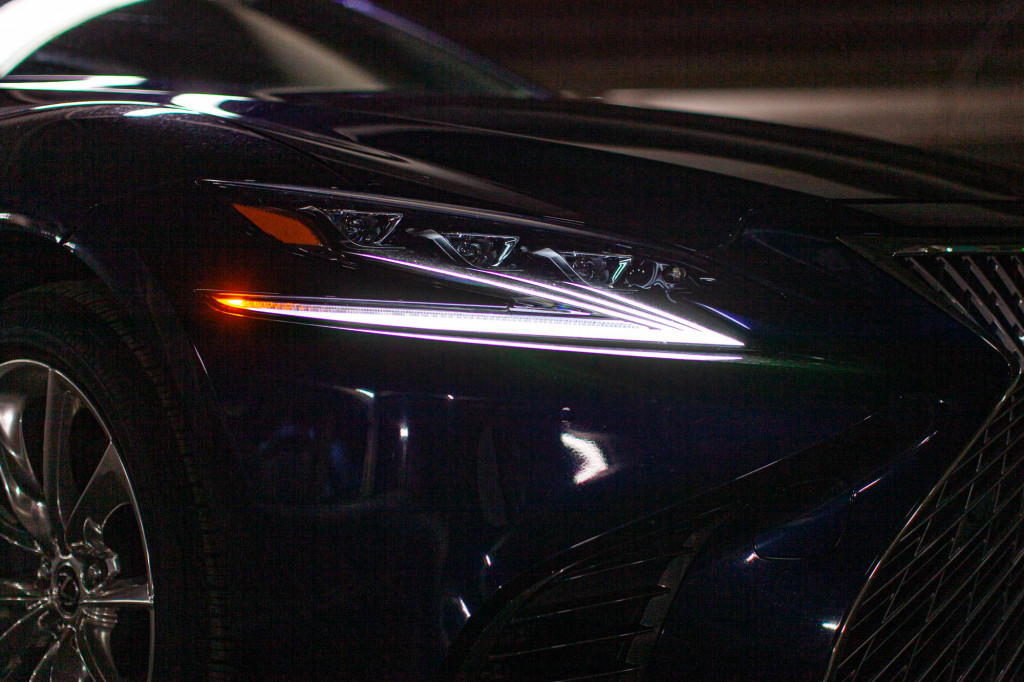 Hit: Minus two, with no remainder

The LC500’s sonorous V-8 makes neck hairs stand, corners of mouths curl upward, and grown men weep. The LS doesn’t get the same treatment. Its twin-turbo 3.5-liter V-6 makes gobs of power—416 horsepower, actually—and dishes out torque like haymakers from a heavyweight. It’s satisfyingly powerful and eminently refined, especially paired to the LS’s 10-speed automatic that blurs out and doesn’t impede any power from finding the right tires. As a V-8 purist, I’m satisfied with the power… 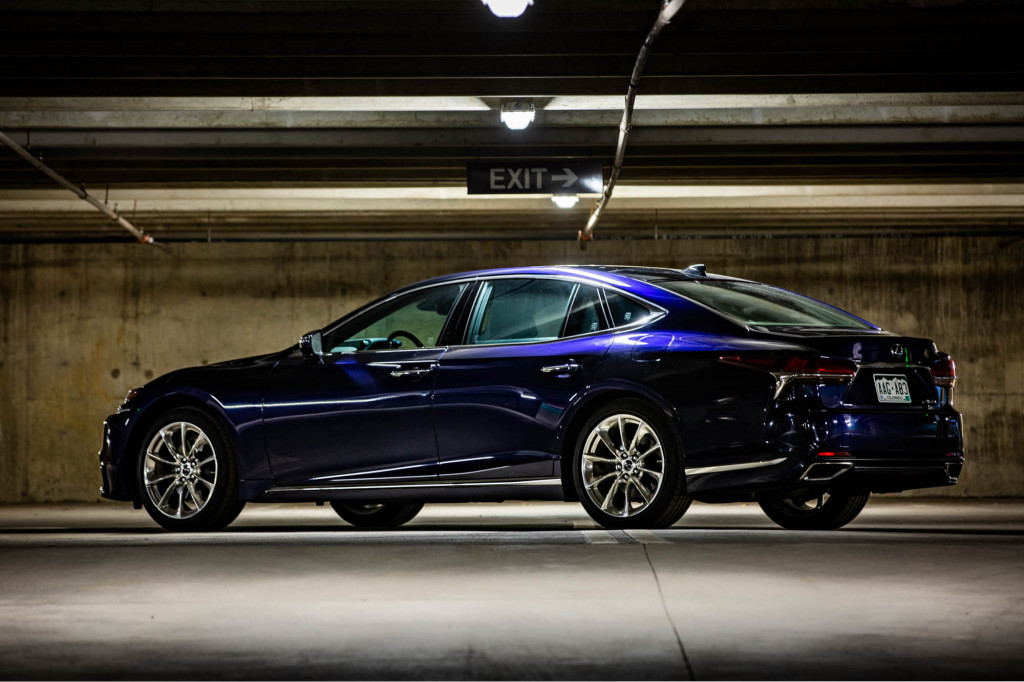 Miss: …but not the sound

At full throat, the V-6 chirps an unwelcome melody that the LS cabin strains to stifle. The LS500 F Sport allegedly pipes in more, and I’m looking for the Mute button on my remote already. It’s hardly fair to say that a stately luxury car like the LS should sound like a Can-Am racer at full throttle, but a deep bellow and big sedans go together like a snifter of brandy and a Cohiba. 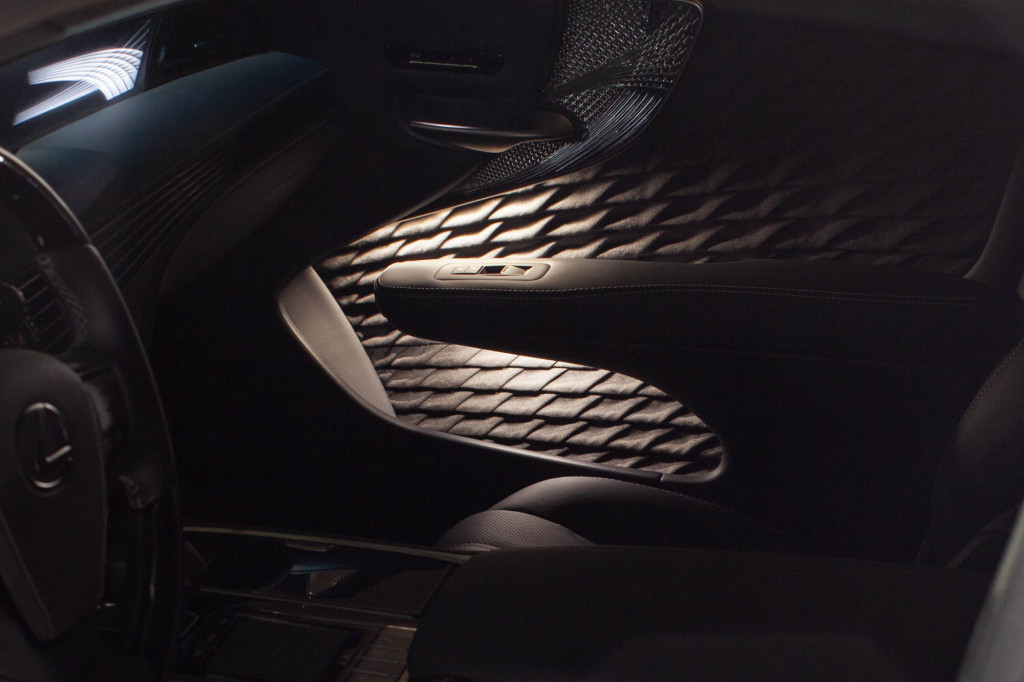 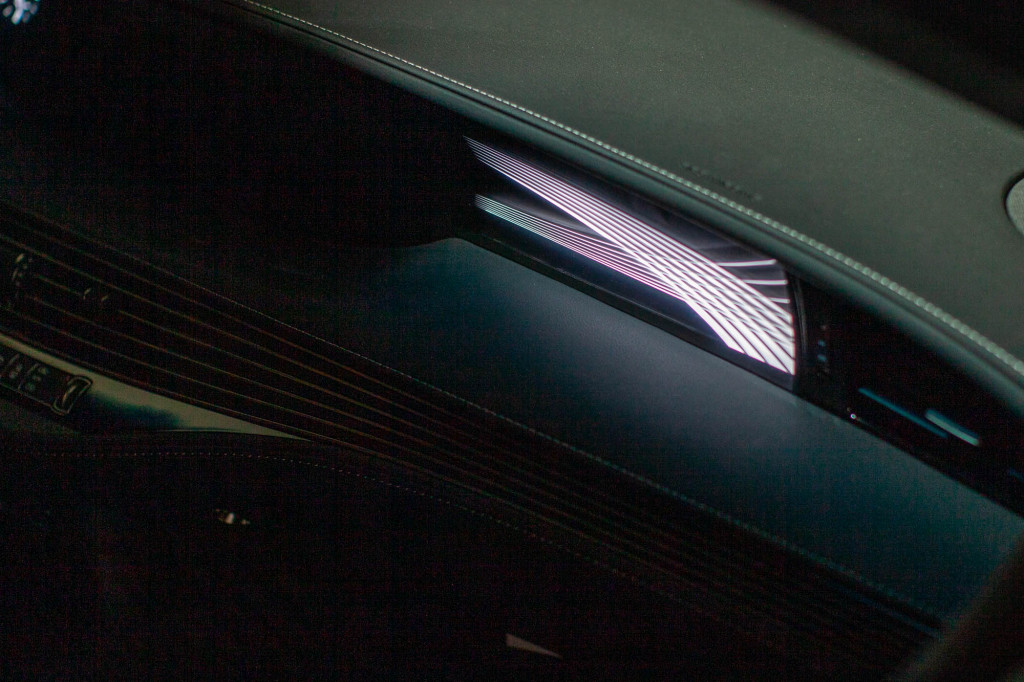 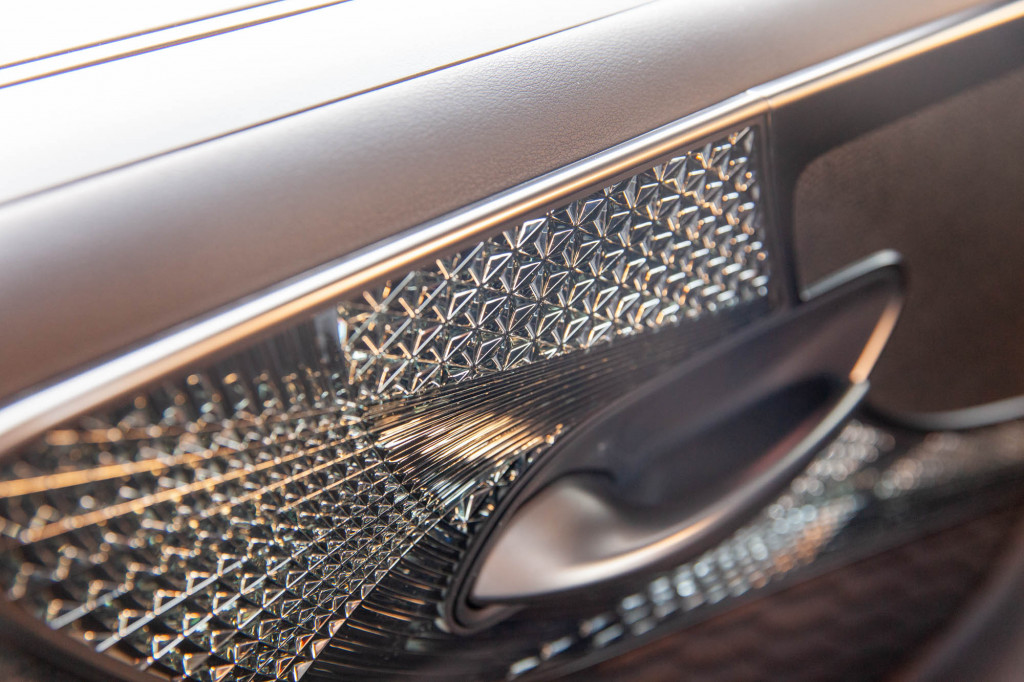 Hit: God is in the details

Toddlers and I touch everything in front of our faces. The LS rewards that tactile spirit with materials and surfaces that don’t only reward touching, they also encourage it. The cloth on the doors? Each swatch moves independently. The leather? That’s softer than an Enya album. The metal is colder than a 6th-grade breakup and the wood is warmer than whiskey on a winter night. The LS’s cabin nails every detail, except... 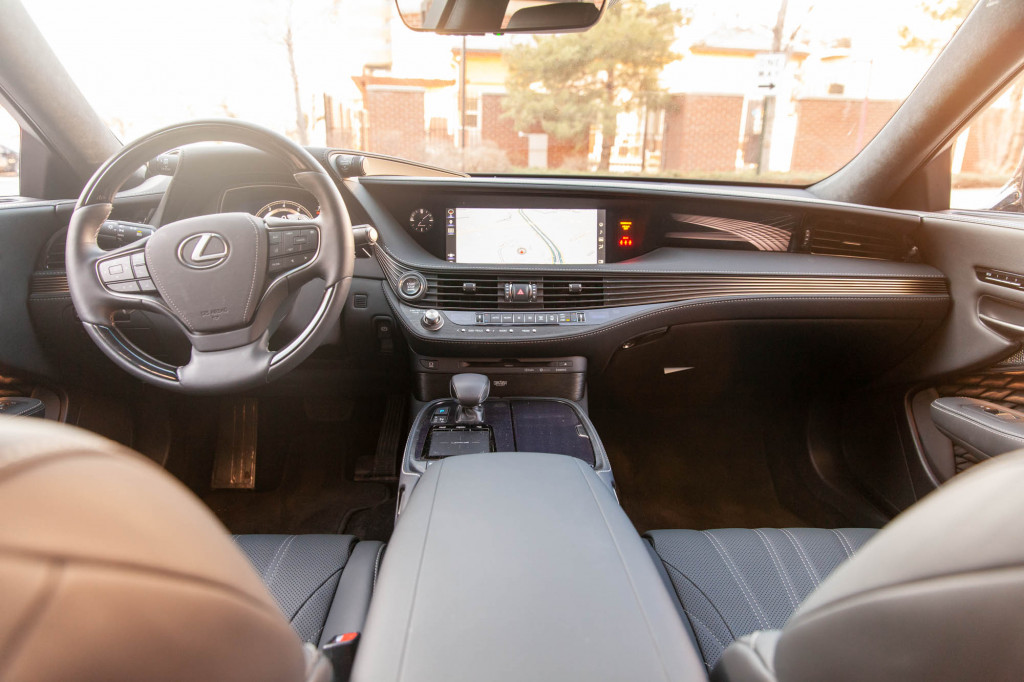 My choir teacher used to tell me that not only was I the worst singer in the group, I was also the loudest. Hi, Lexus infotainment system. It’d be easy to dunk on the touchpad-based system, others have. It’s not only confusing, but the Lexus infotainment system also controls everything. Digging into the in-seat massage screen requires tapping through the climate system, past the temperature settings, into the individual seats to select the massage program, intensity, and direction. Changing a radio station literally drove me to distraction. 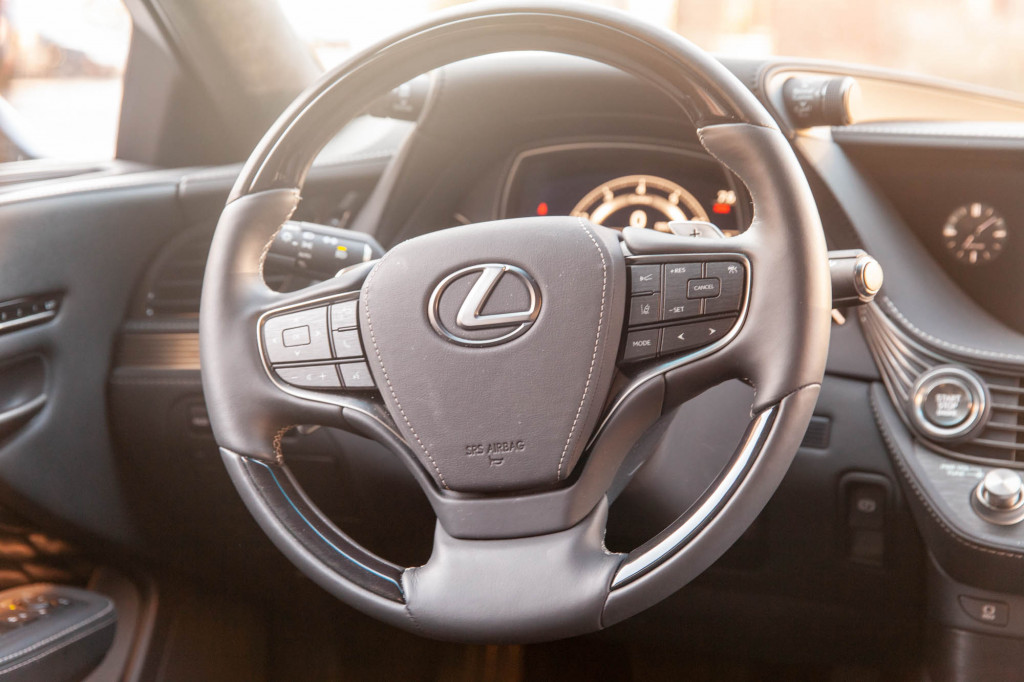 Miss: Thin is in

The LS’s steering wheel is finished in wood, which is nice but feels thicker than the rope from 4th-grade gym class. It’s a mismatch for an elegant car that lost sportiness about 1,000 pounds ago. I’d prefer a thin wheel with a light touch, and as far as those steering wheel controls and paddle shifters? Lose ‘em. 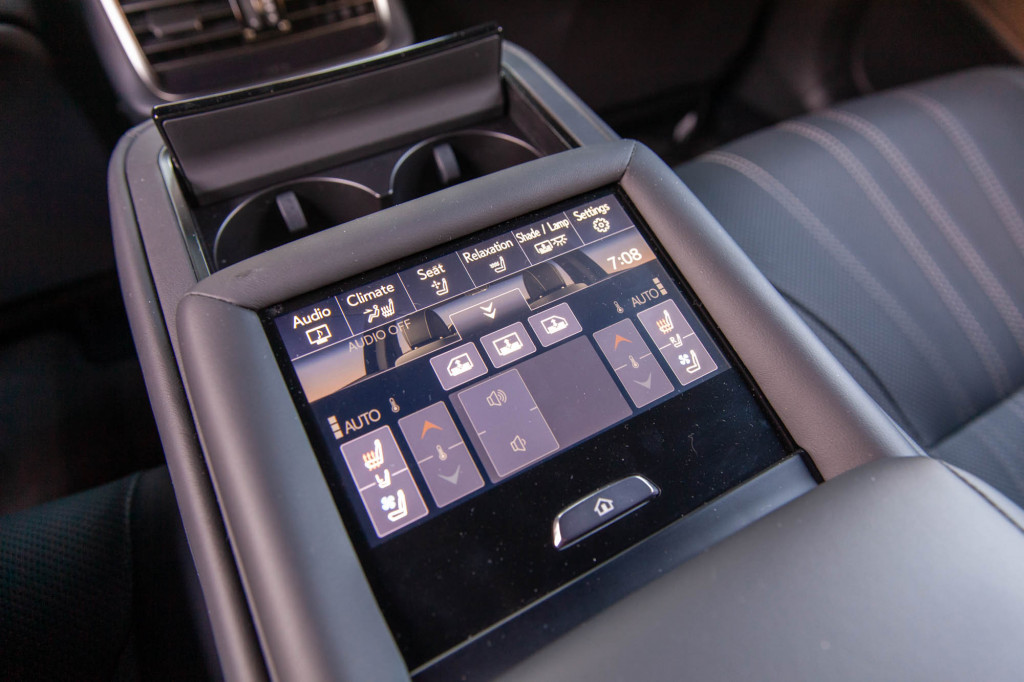 As far as full-boat sedans go, the LS is a steal. Our tester’s price of more than $110,000 is hardly low-budget, but among executive sedans like fully optioned S-Class and 7-Series, it’s tens of thousands less. Upper crust types still count pennies—at least they should.

The 2020 Lexus LS can raise eyebrows, but the LC raises pulses. From what’s come out after it, including the LS, it’s clear that the LC won’t leave much behind when it eventually goes away. That’s a shame. The LS is stately and handsome but lacks the polish that established rivals include everywhere—not just in some places.