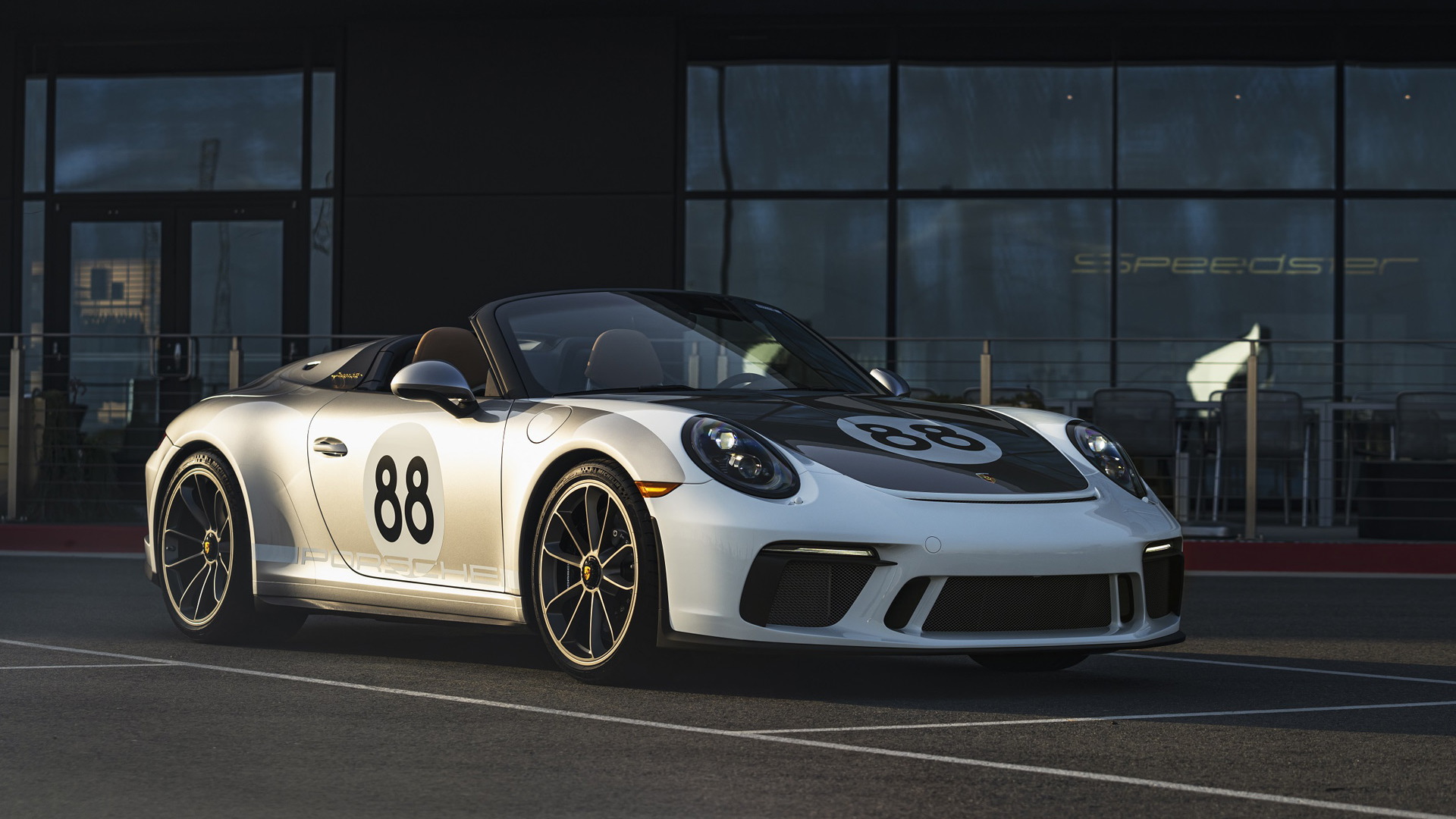 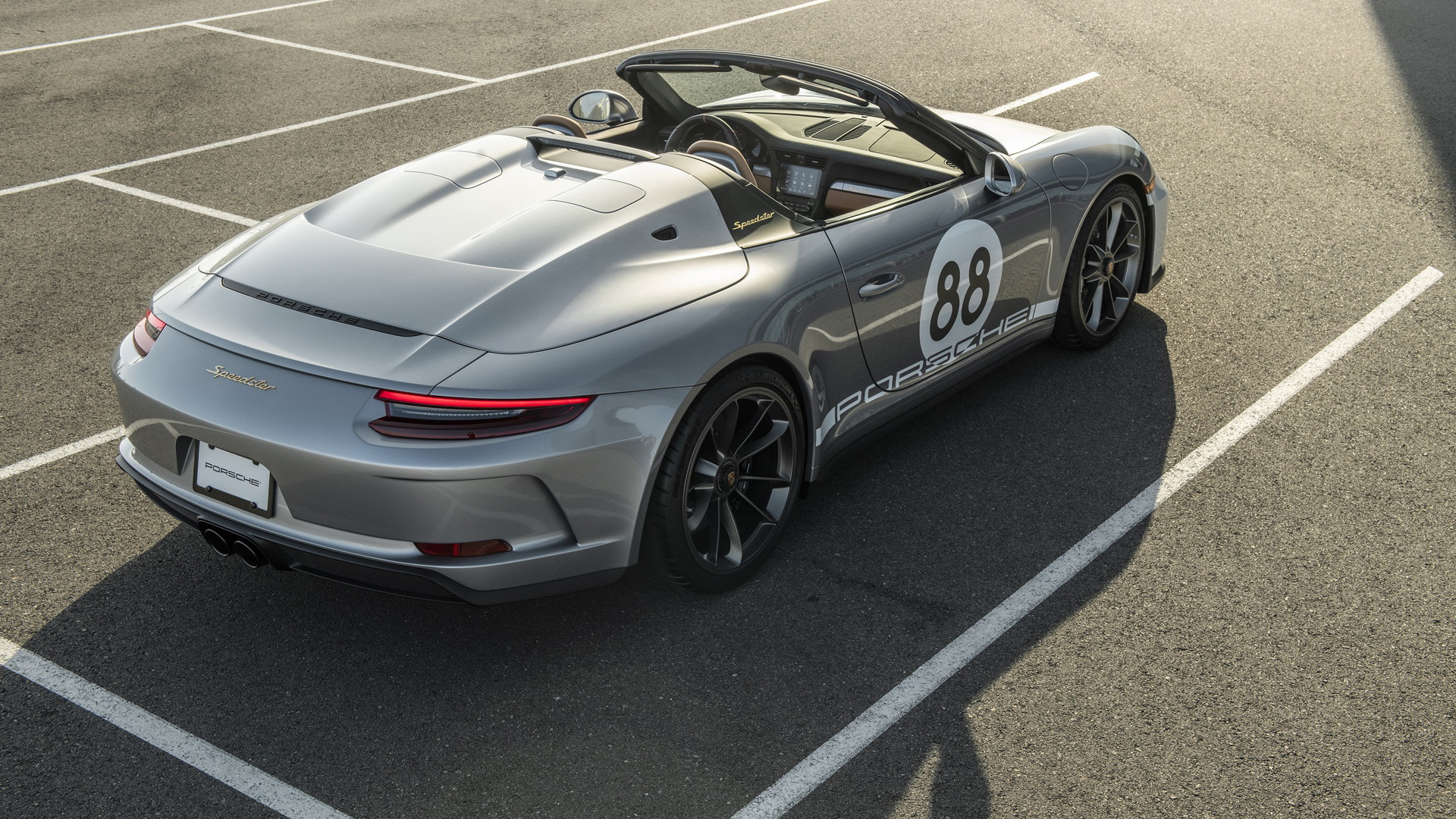 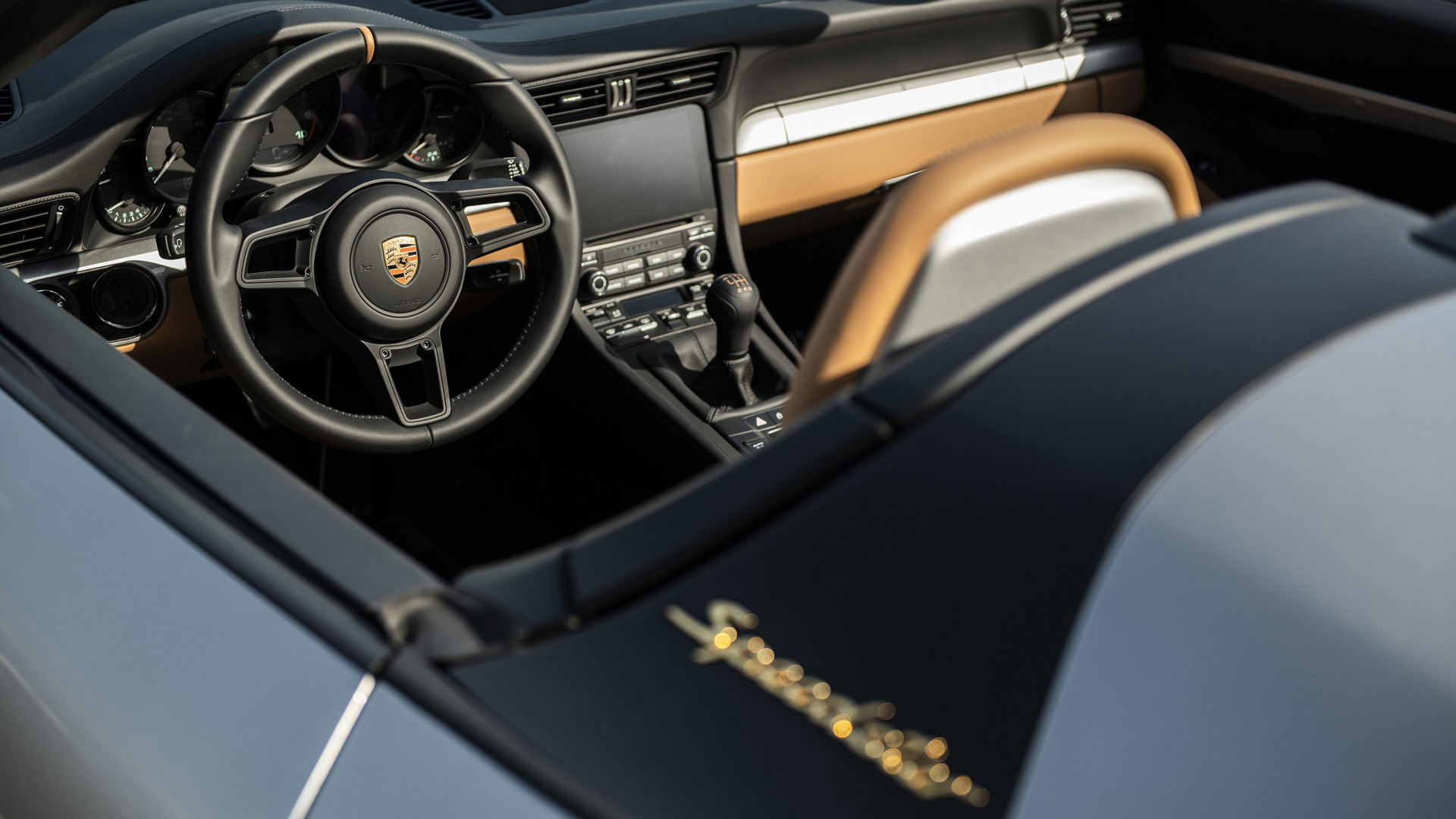 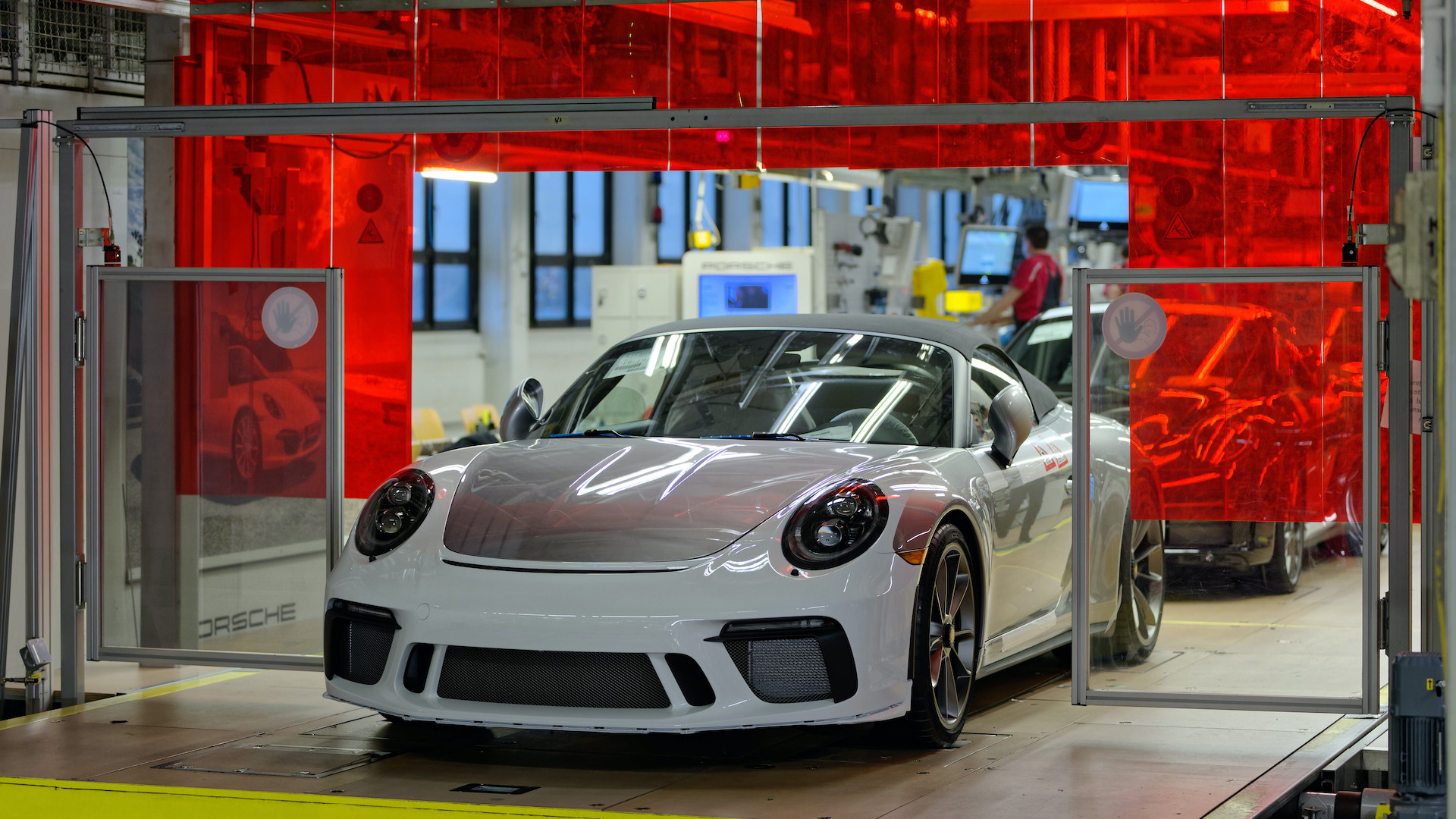 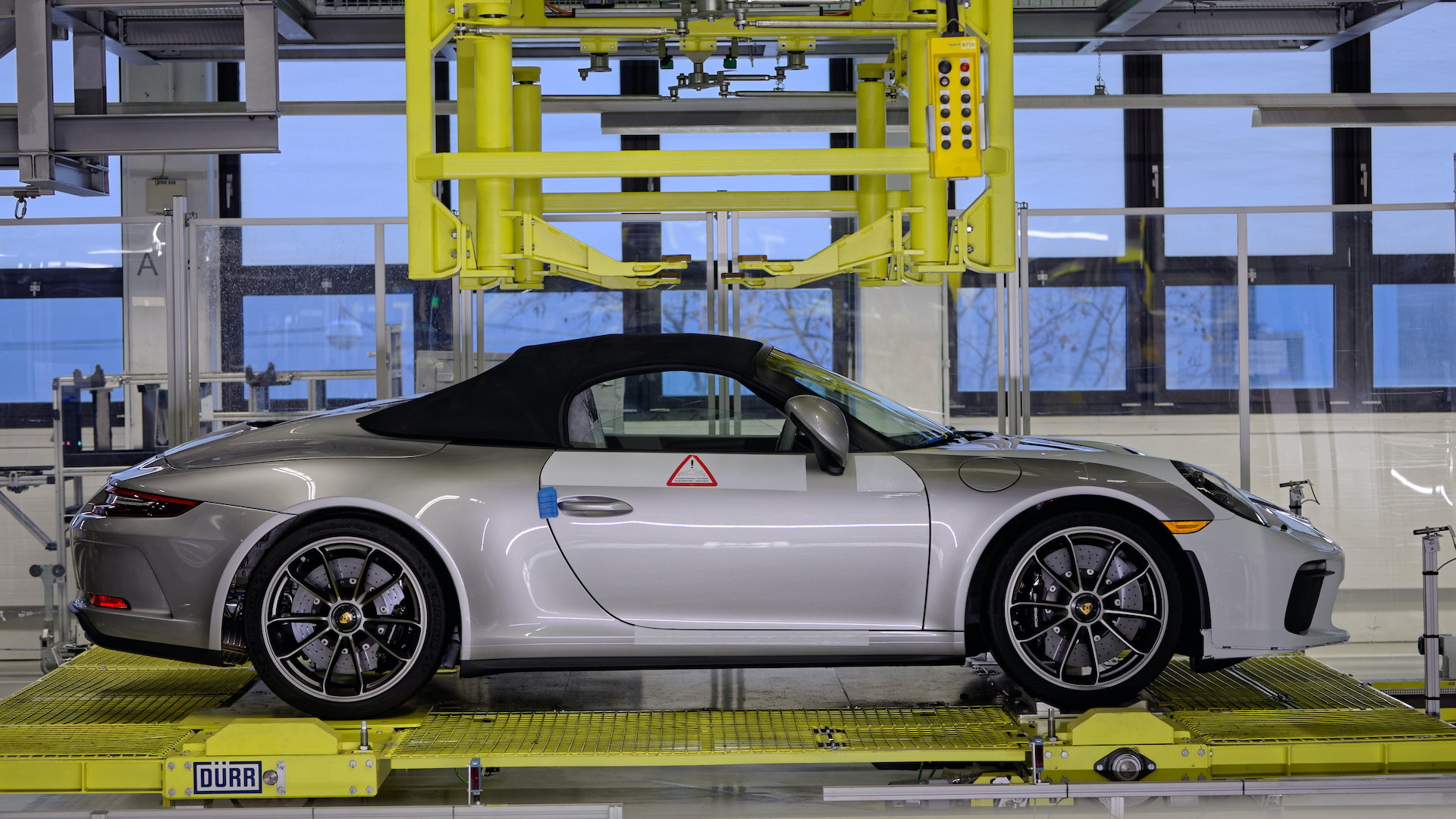 Just 1,948 examples of the 2019 Porsche 911 Speedster were built for worldwide sale. They're all sold out but the final car, which also represents the last example of the 991-generation 911, can be yours as it's headed for auction.

Porsche's North American arm announced Friday that the final 911 Speedster will be put up for sale to help raise funds to support those in need due to Covid-19 coronavirus pandemic. All proceeds will be donated to United Way Worldwide’s Covid-19 Community Response and Recovery Fund.

The car has just 20 miles on the clock and will be sold without reserve via an online auction held by RM Sotheby's that will run from April 15-22. More information including registration details for the auction can be found here.

Included in the sale will be a bespoke chronograph watch from Porsche Design. The watch will feature a strap made from the same cognac leather found in the final 911 Speedster, along with a print of the car's chassis number, making it unique.

The winning bidder will also be invited to a behind-the-scenes tour of Porsche's development center in Weissach, Germany. Included in the visit will be track time on Porsche's official test track with Frank-Steffen Walliser and Andreas Preuninger, the respective heads of Porsche's 911 and GT car programs.

Finally, Porsche will also throw in a book documenting the car's build, a process that was completed last December.

Pricing started from $275,750 and buyers could select a heritage package for an additional $24,510. The package, which is featured on this final car, added retro livery and other design cues from the original 356 Speedster of the 1950s.