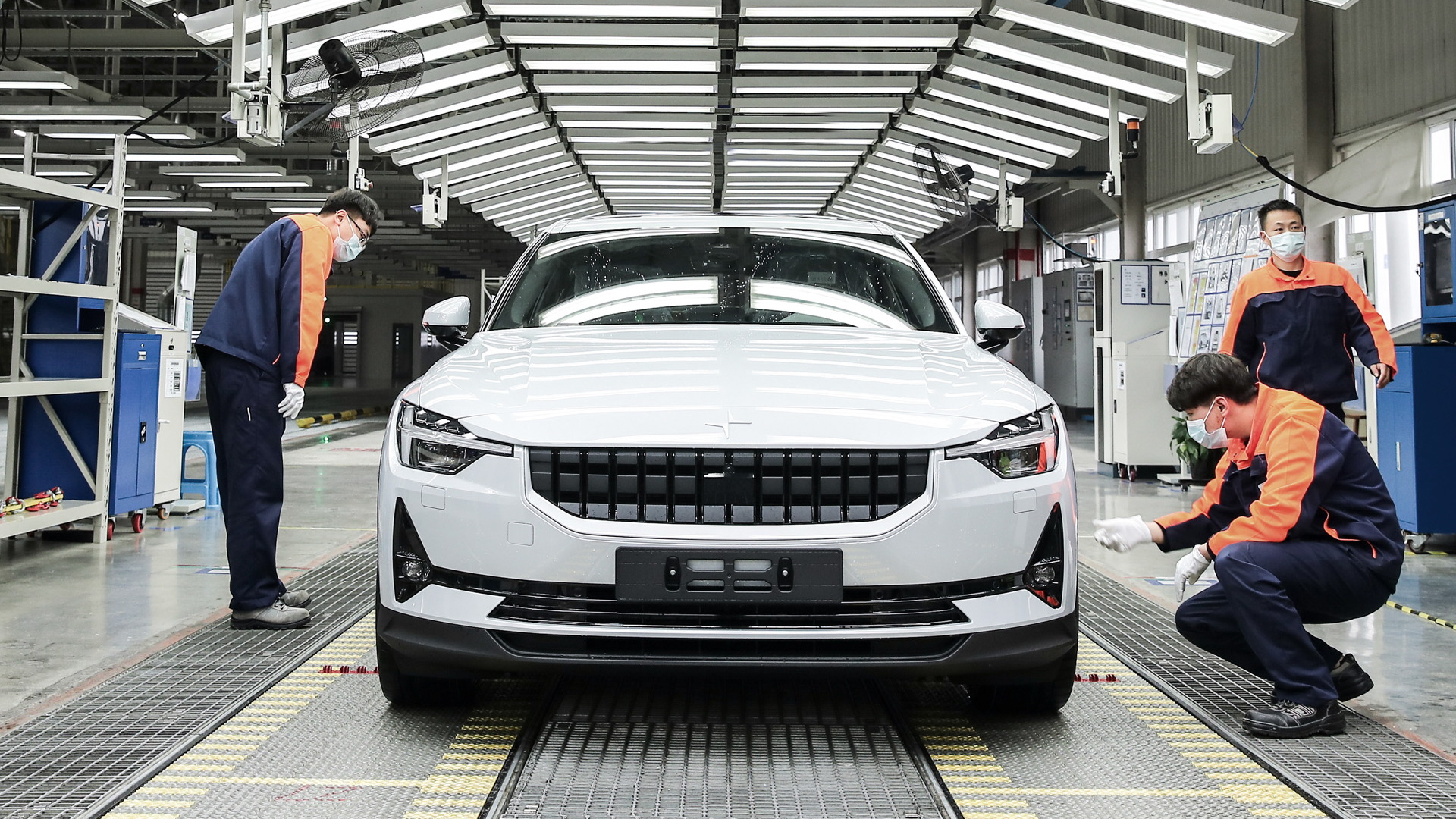 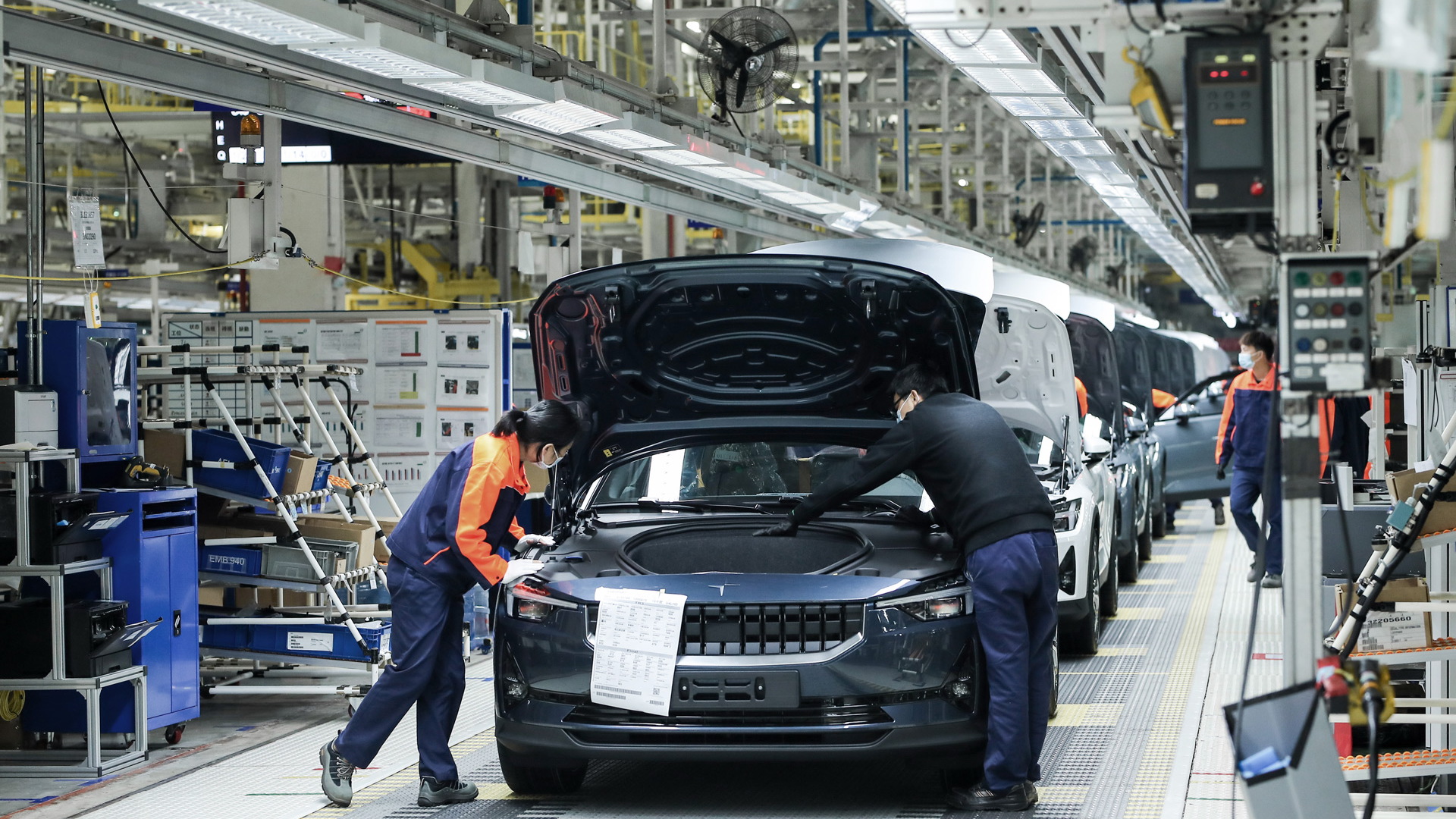 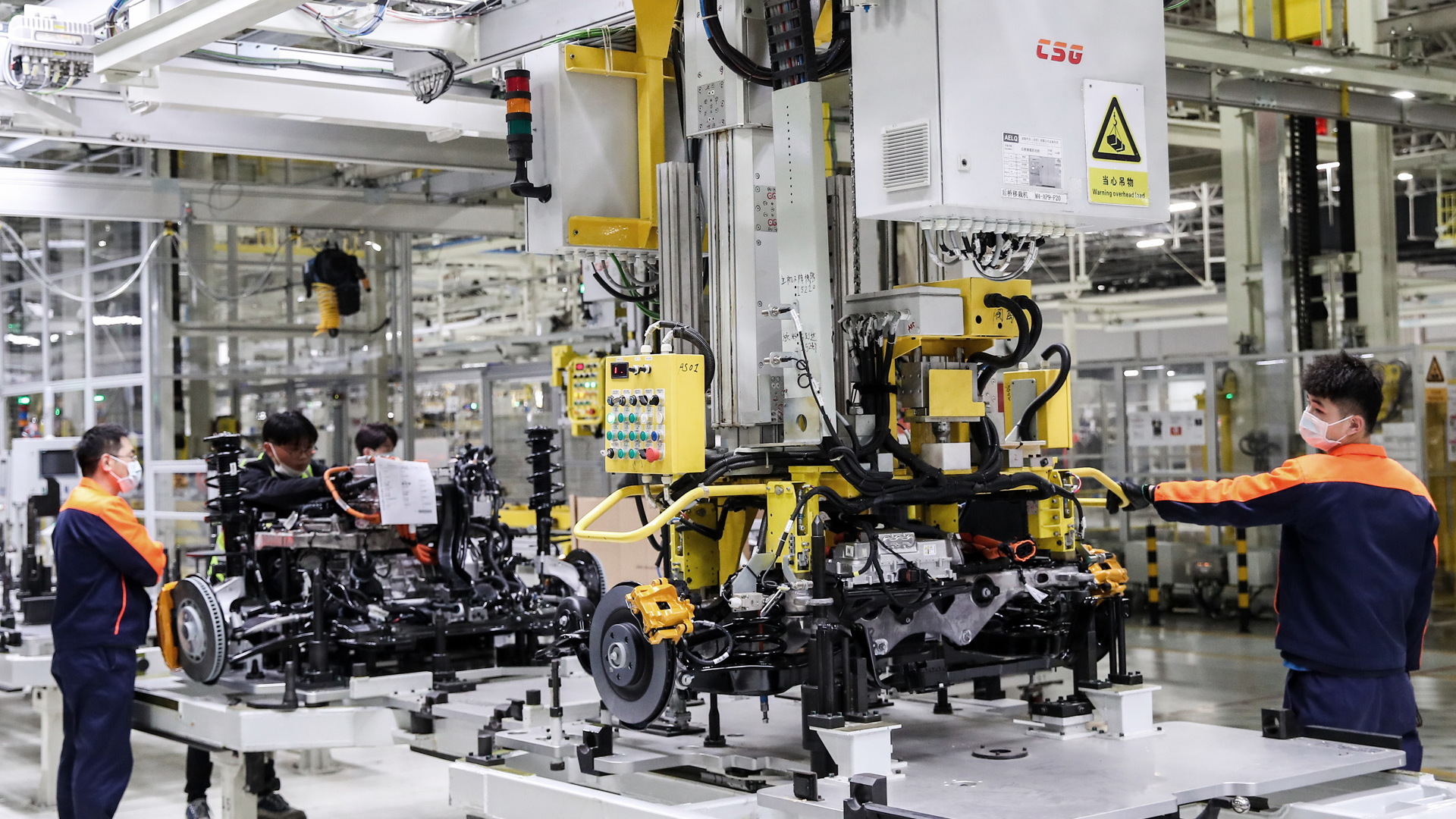 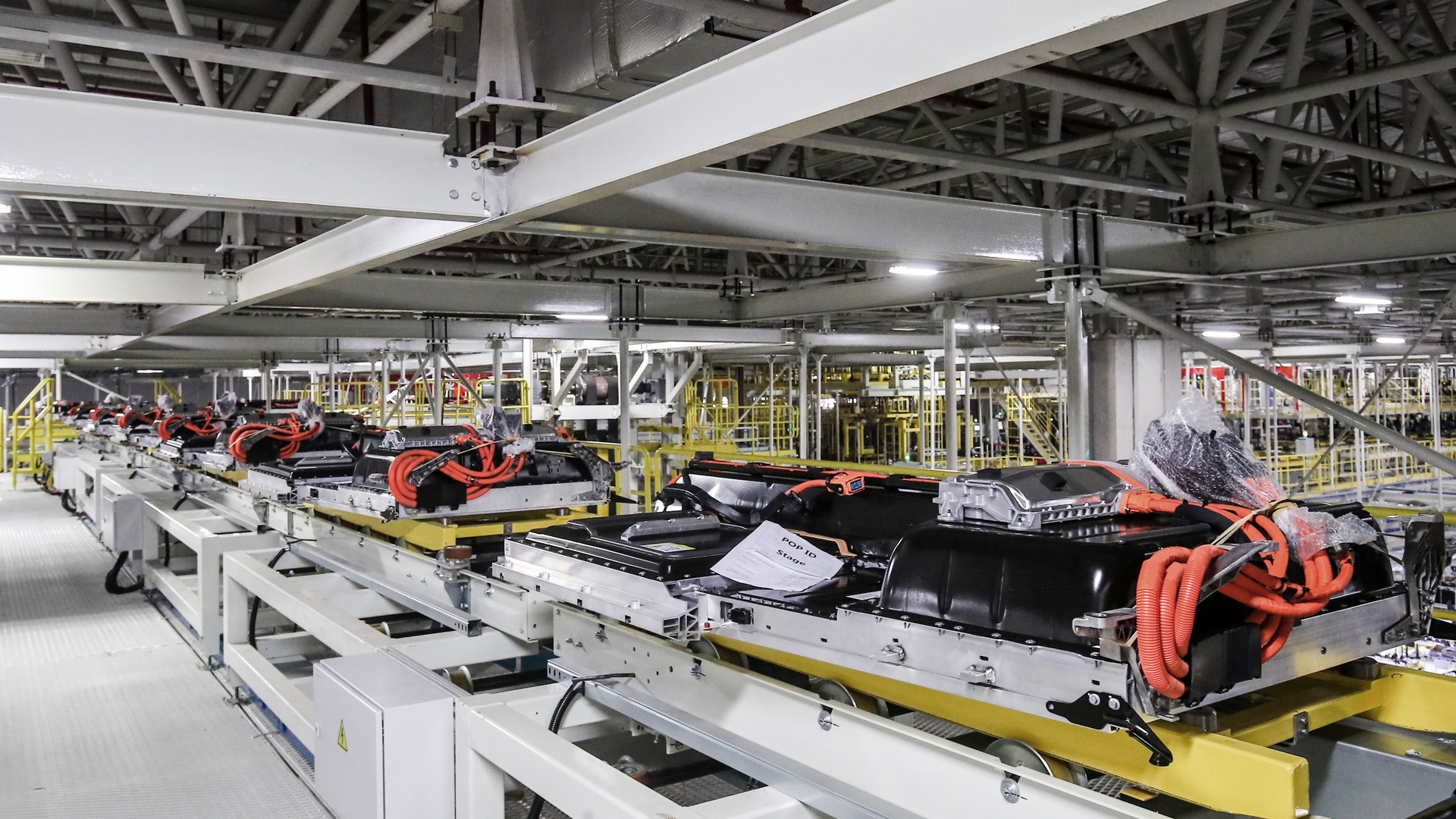 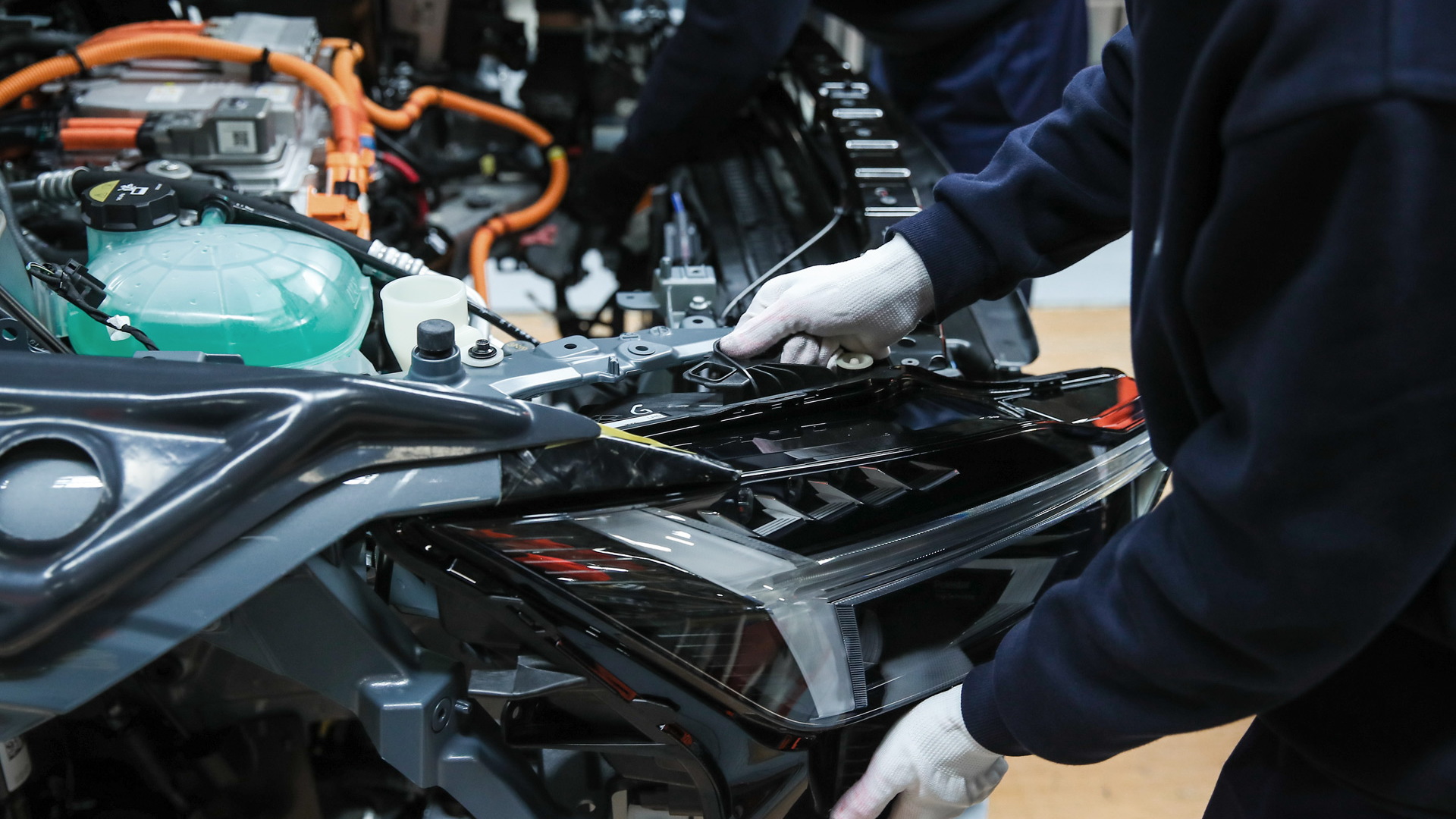 The first customer examples of the Polestar 2 electric sport sedan were completed Monday at a plant in Luqiao, China.

The plant is where fellow Geely brands Volvo and Lynk & Co. build their respective compact cars based on the CMA (Compact Modular Architecture) platform that the Polestar 2 also uses.

Polestar has its own plant in Chengdu, China, though the site at present is used exclusively for production of the Polestar 1 plug-in hybrid coupe.

Deliveries of the Polestar 2 commence in Europe this summer, followed shortly by other markets including the United States. We should see the cars arrive as 2021 models.

Note, the first examples are a pricey Launch Edition which starts at $63,000 and comes with numerous extras as standard. Variants with lower pricing are expected at a later date.

The Polestar 2 is aimed squarely at Tesla's Model 3, with performance and range comparable to the Tesla's all-wheel-drive, long-range variants which start at $48,990.

The Polestar 2's sole powertrain configuration features electric motors front and rear to produce a combined 408 horsepower and 487 pound-feet of torque, or enough for 0-60 mph acceleration in under 5.0 seconds. That grunt can be augmented by an available performance package which includes Ohlins dampers, Brembo brakes, and 20-inch forged wheels.

Feeding the motors is a 78-kilowatt-hour battery that is estimated to deliver 275 miles of range, though we won't know the EPA numbers until closer to the market launch.

With the Polestar 1 and Polestar 2 now both in production, we can look forward to the arrival of a Polestar 3 SUV around 2022. The automaker has also hinted at a large fastback sedan with the recent reveal of the Precept concept car.