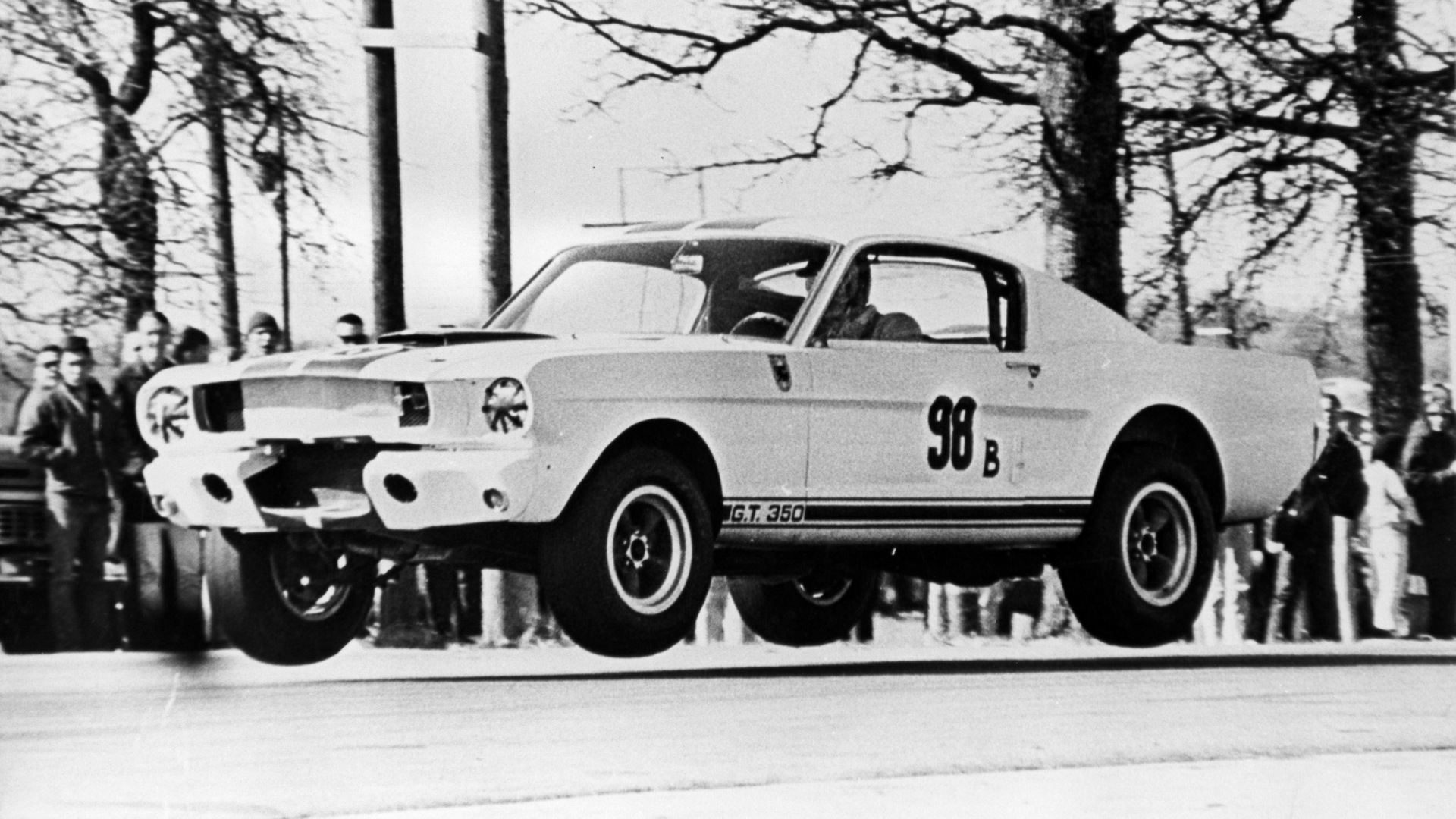 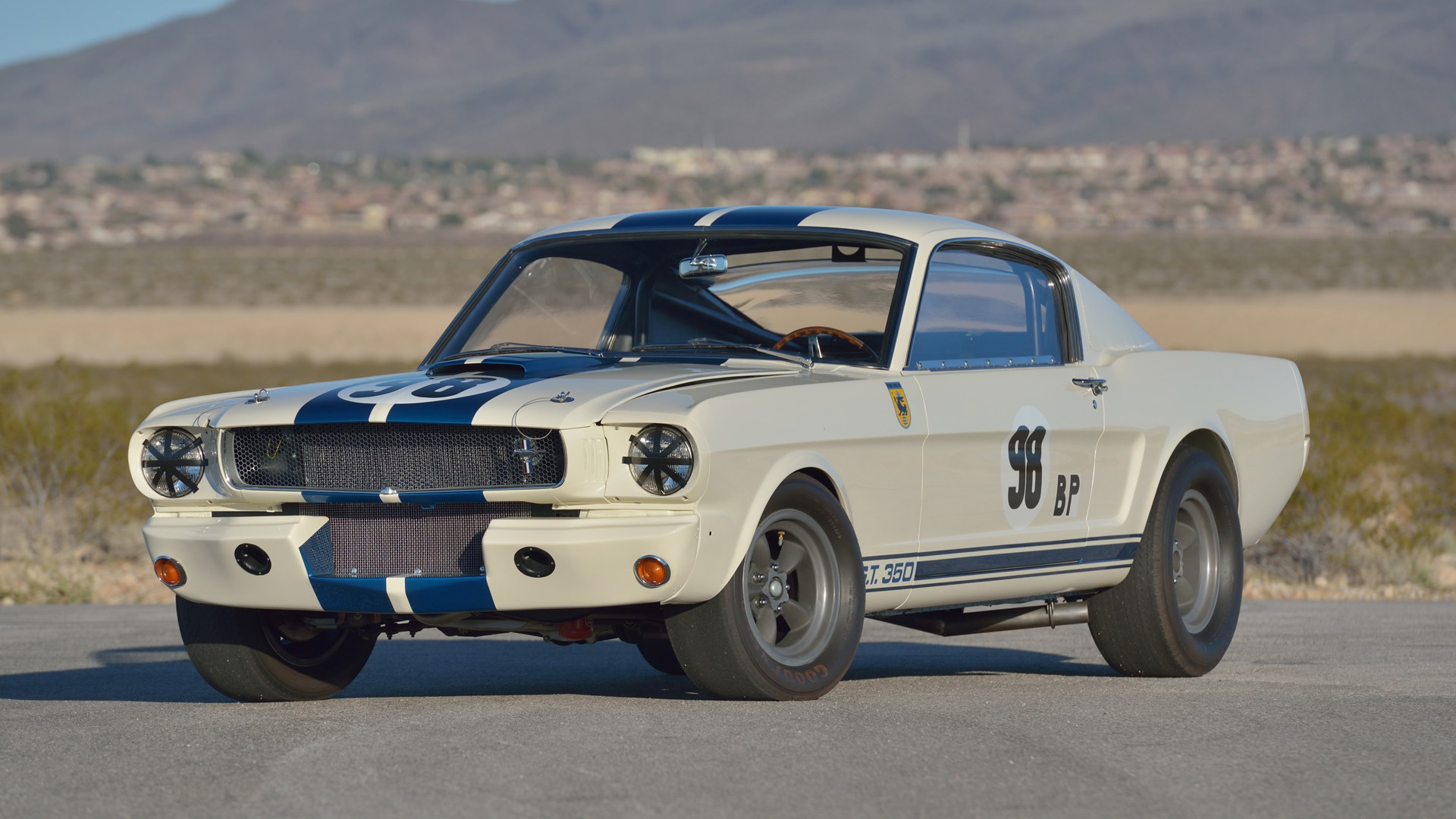 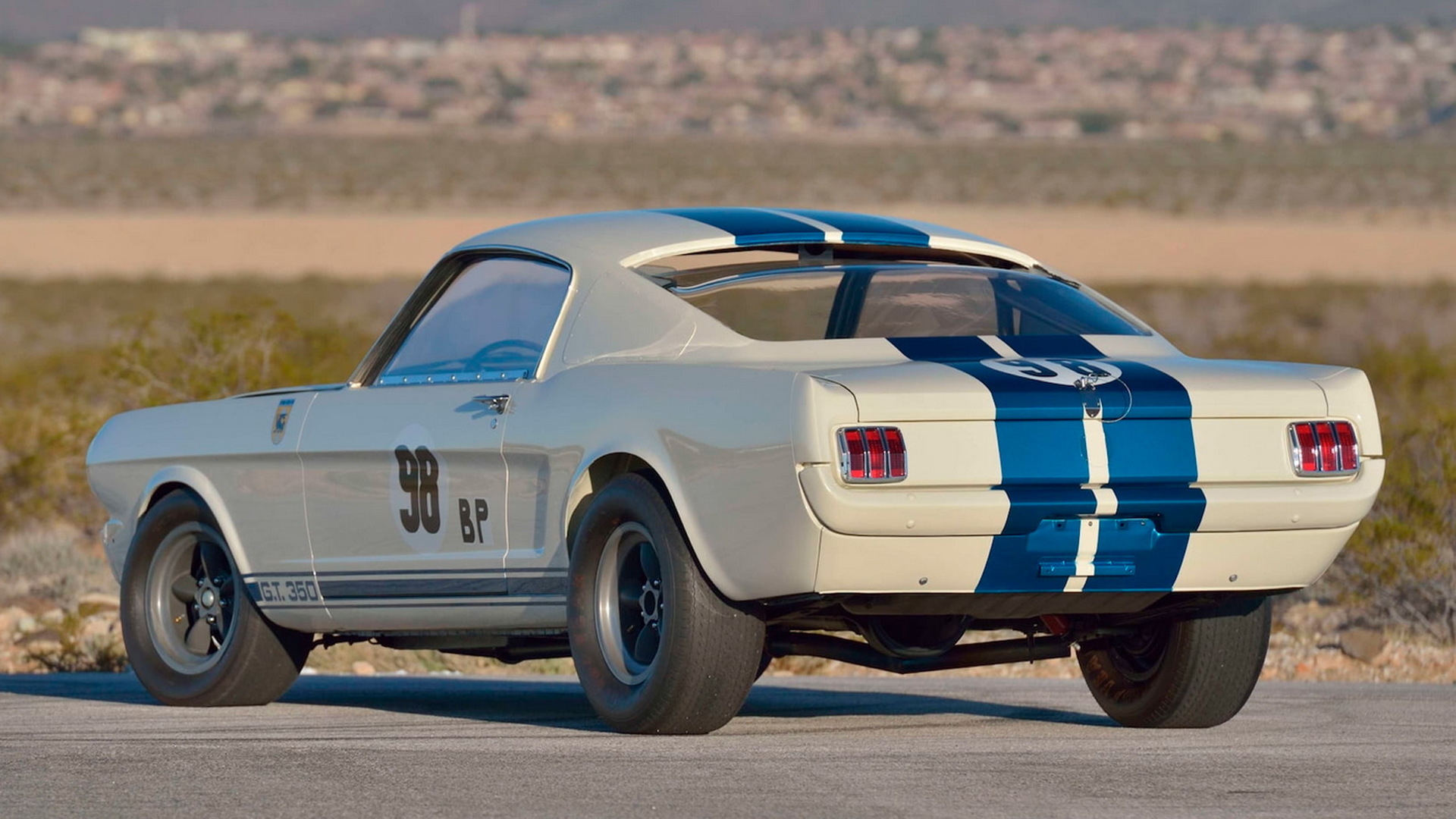 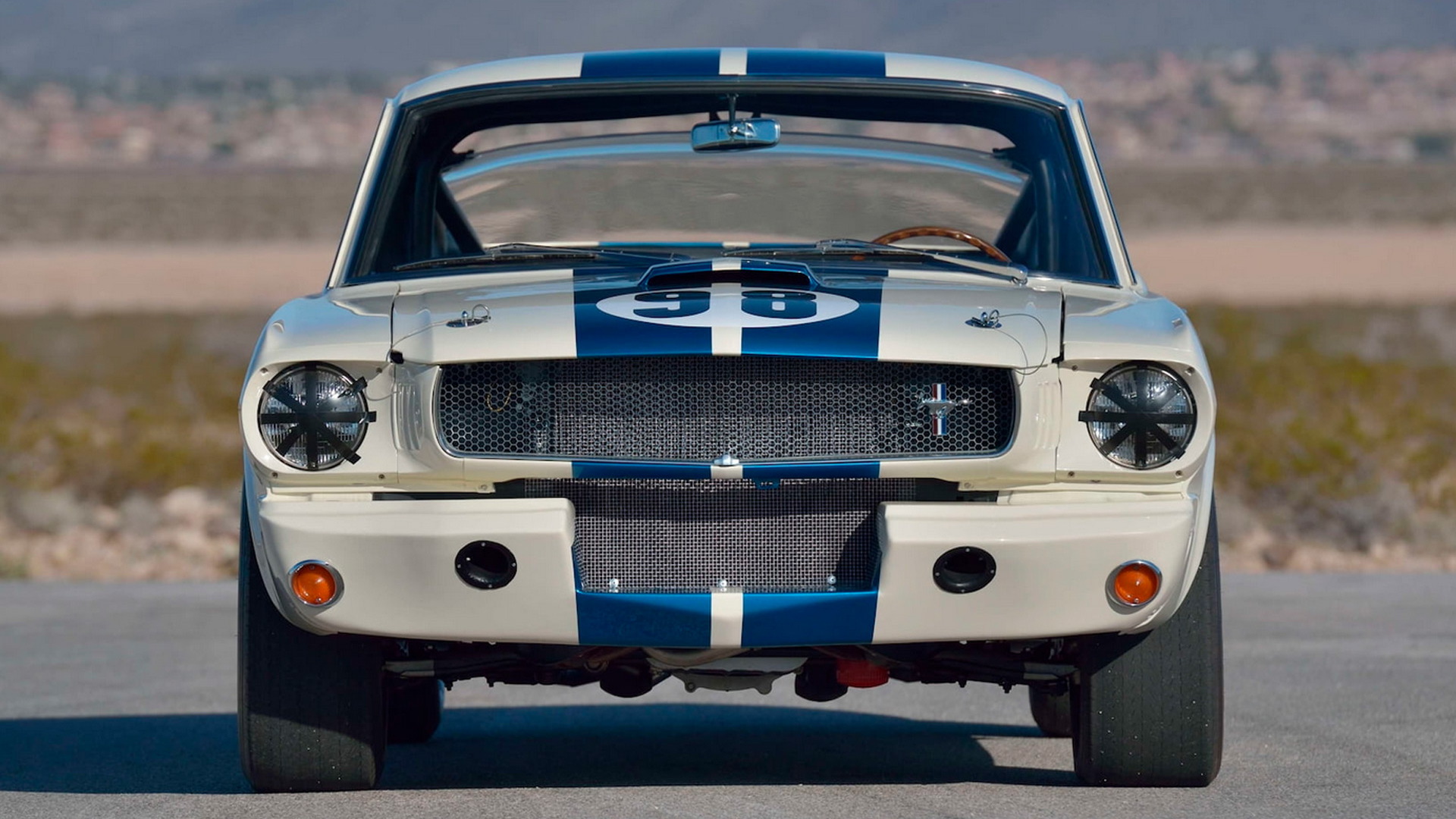 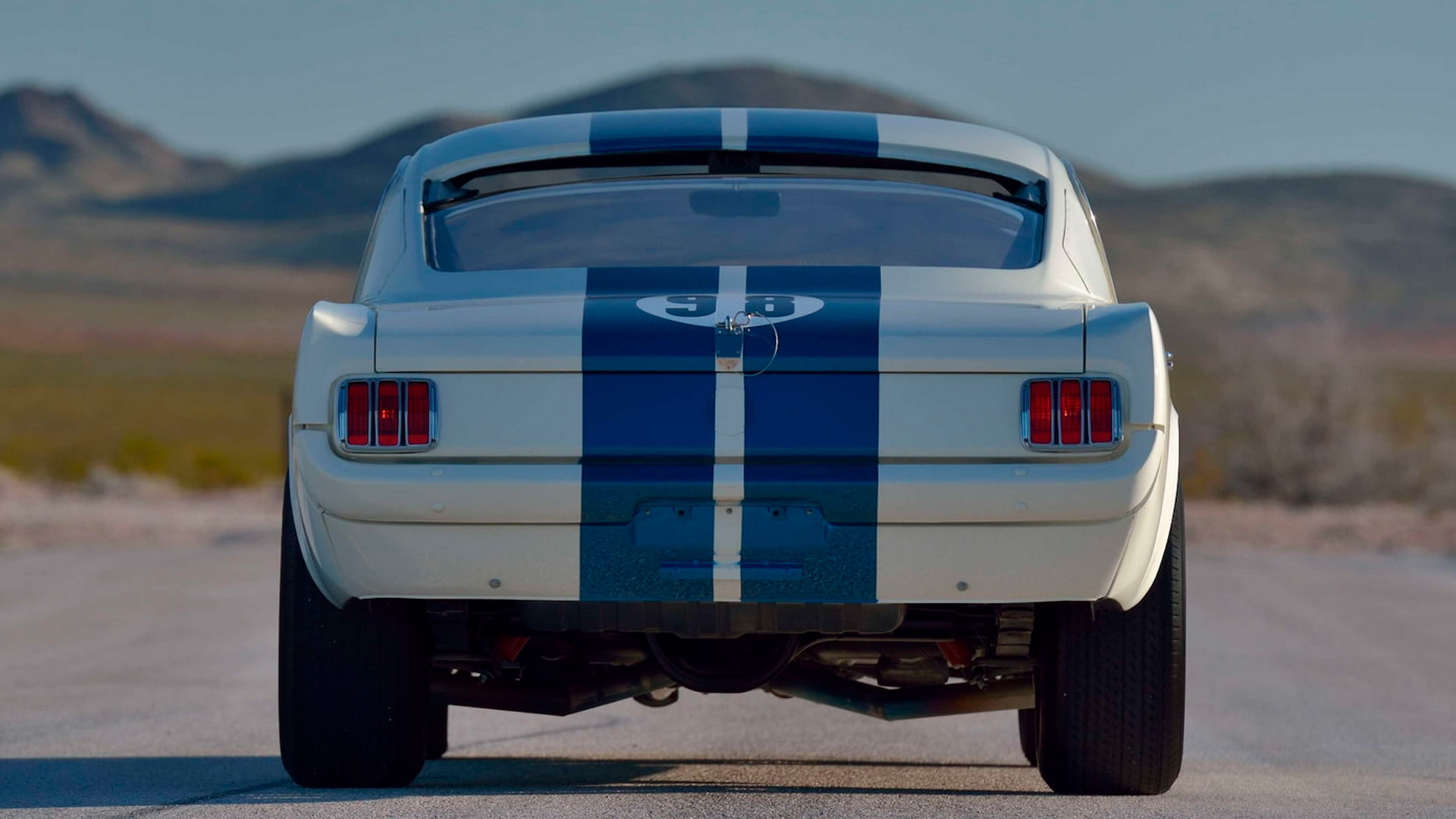 A real piece of Ford and Shelby history went under the hammer on Friday.

At its Original Spring Classic auction in Indianapolis, Indiana, Mecum sold the famous 1965 Ford Shelby GT350 Competition raced by Ken Miles at Green Valley Raceway in Smithfield, Texas, back in 1965—and the final sale price came in at $3.85 million.

That's the highest known price paid for a Mustang, easily beating the $3.4 million bid on the original “Bullitt” movie Mustang at a Mecum auction held in January.

What makes this one, chassis number 5R002, so special? Well, that requires a trip down memory lane.

It was Valentines Day, February 14, in 1965, and it was the first time a GT350 Competition, more commonly known as the GT350R, was entered into a sanctioned race, in this case an SCCA event. Miles was the driver, and he won the race, proving the capability of the GT350R in the process. He also got the car airborne at one point, with that image—all four wheels in the air—forever etched in Mustang history. The stunt earned the car its famous Flying Mustang nickname. Other noted drivers who spent time behind the wheel include Bob Bondurant, Chuck Cantwell, Peter Brock, Jerry Titus, and of course Carroll Shelby.

But there's more. Chassis no. 5R002 was also the first GT350R built by Shelby (it's one of two prototype examples built for 1965, the other being 5R001), and the one presented to the FIA for homologation for the SCCA B Production class. It also happens to be the second of all GT350s built by Shelby.

Compared to the stock GT350, R models received new suspension tuning, a modified 289 cubic-inch Ford V-8, an improved cooling system, fiberglass body panels, and Plexiglass windows. The interior was also gutted for racing, and a full roll cage added to meet competition regulations. And as a prototype, it was fitted with numerous parts that didn't make it onto the 34 GT350R customer cars Shelby built for 1965.

Shelby ended up selling the car for $4,000 in 1966 to Ford engineer Bill Clawson of Dearborn, Michigan, who continued to race it for another year. It then traded hands several more times, including to a customer in Mexico who raced the car some more before it ultimately ended up in the Shelby American Museum in Boulder, Colorado.

It sat in the museum for 14 years until famous Shelby collector John Atzbach, the seller at Mecum's auction, acquired it in 2010 and had it restored to its original racing configuration as seen at Green Valley.

Note, some of the same people who worked on this very car back in the 1960s are building 1965 Shelby GT350 continuation cars and three of these will be special Ken Miles versions built mostly to the same spec as 5R002.