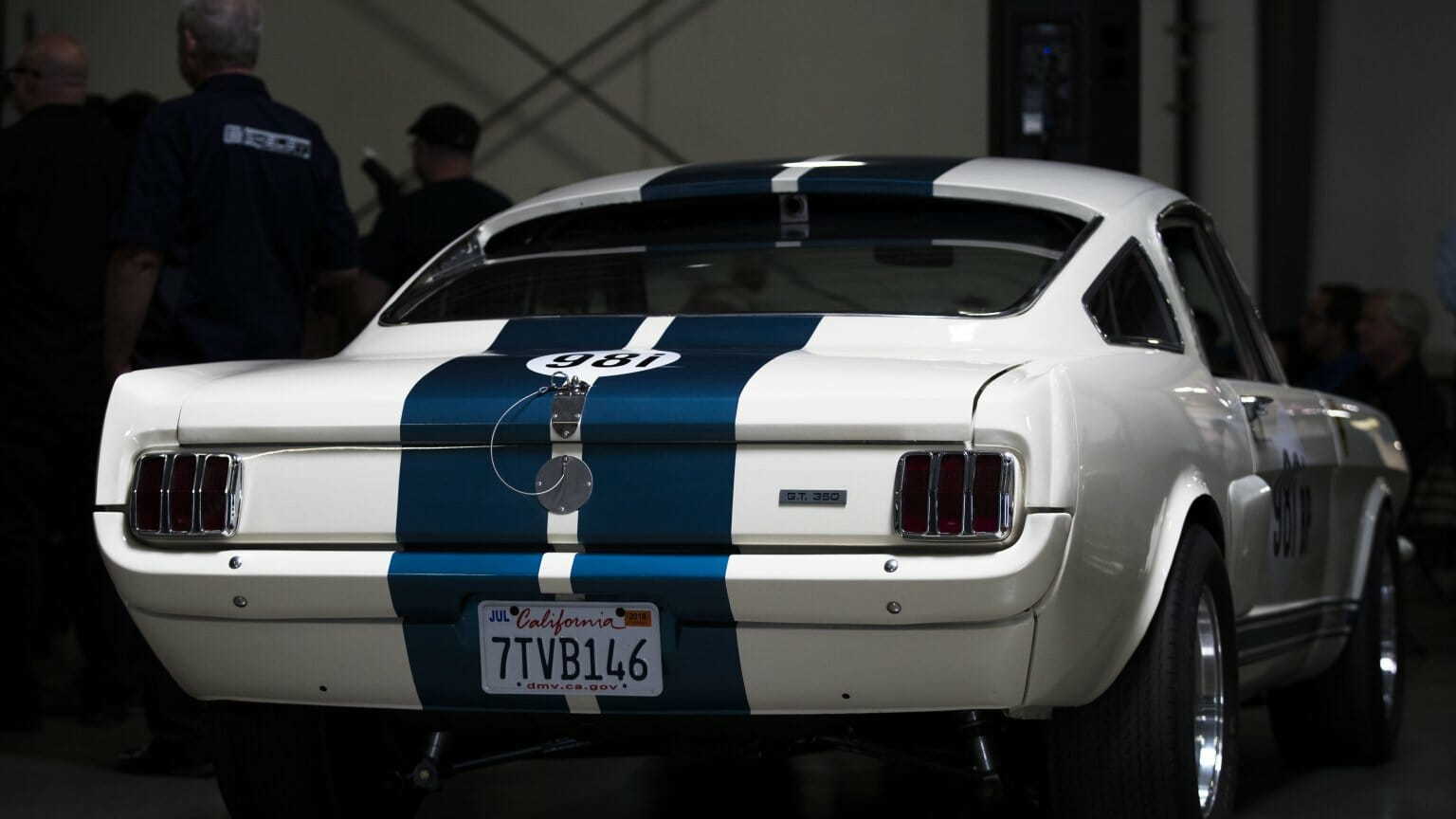 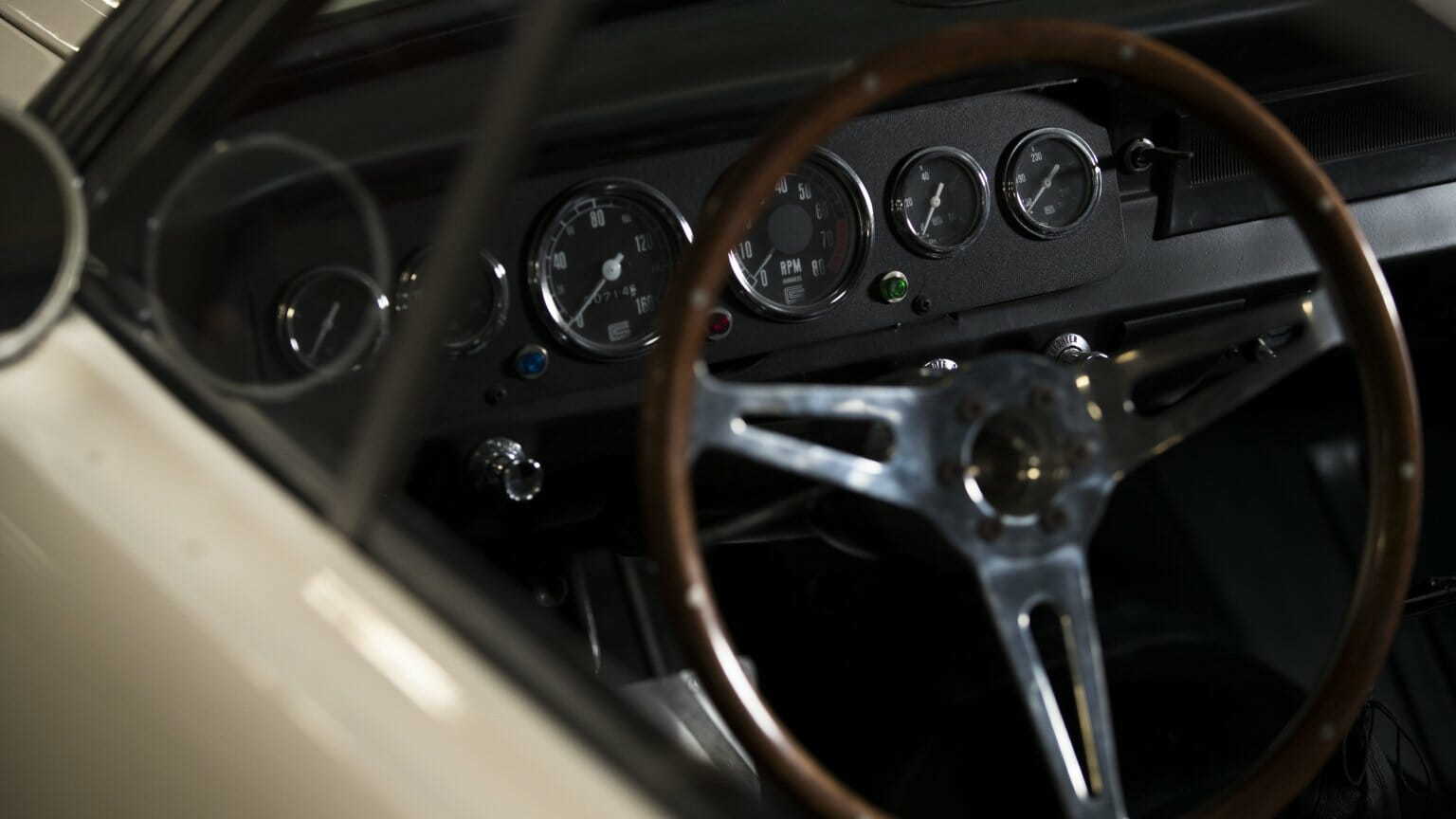 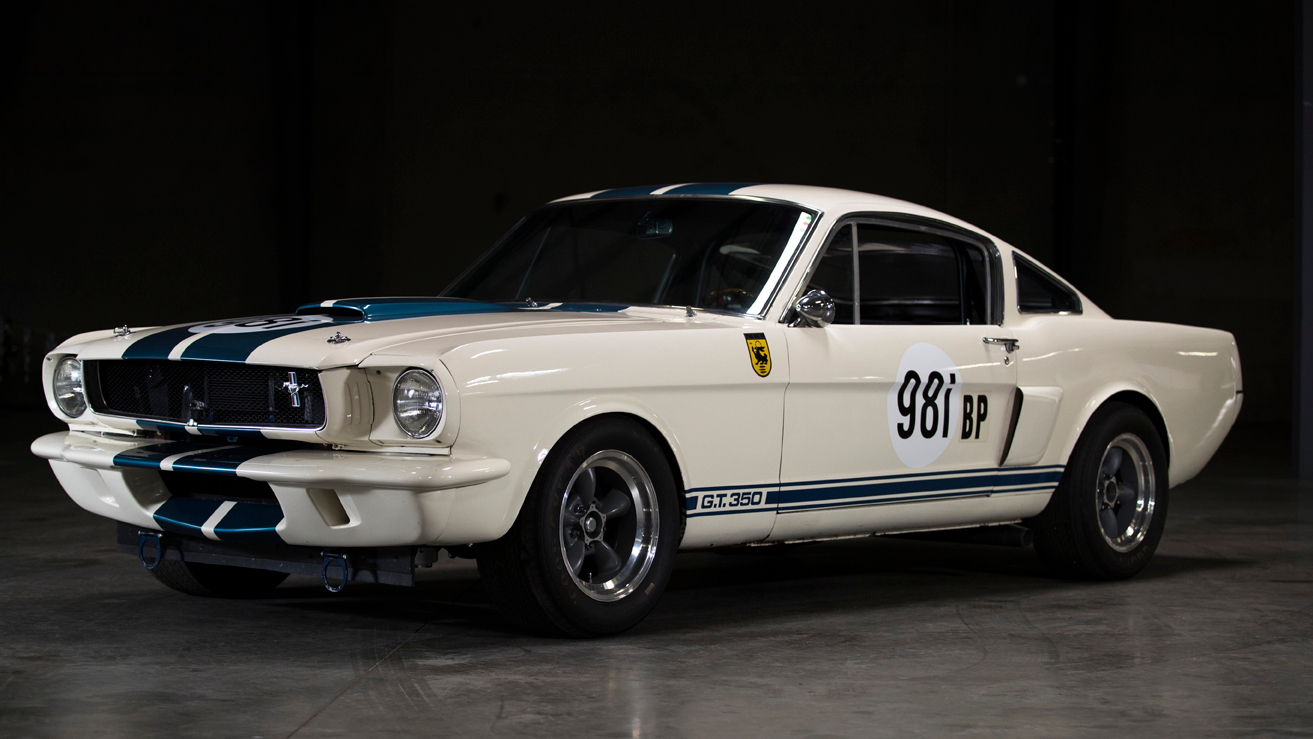 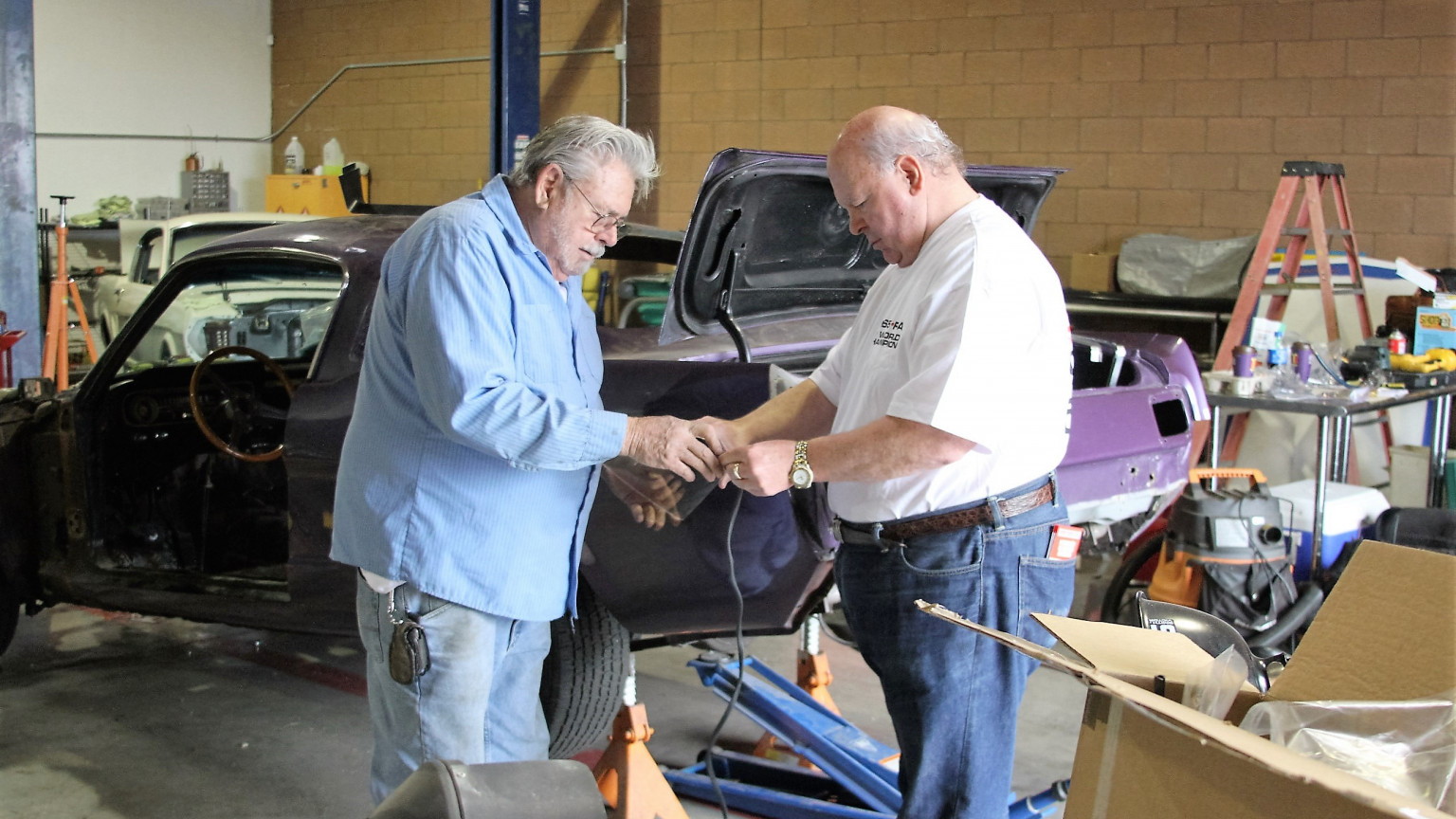 On Valentines Day, February 14, 1965, at Green Valley Raceway in Smithfield, Texas, outside Dallas, Carroll Shelby entered the GT350 Mustang in its first race, an SCCA event, and he put Ken Miles behind the wheel.

One of the most memorable motorsports photos in history shows Miles and the Mustang airborne. Miles won the race, proving the race-ability and viability — and airworthiness — of the Venice Crew-tuned pony car.

To honor that achievement and its driver, the Original Venice Crew has announced a special edition of its Shelby-authorized continuation GT350. OVC will offer three Ken Miles “Flying Mustang” editions.

One of the cars will have a 9-inch fixed axle rear end. The other two will feature the pioneering Peter Brock-penned independent rear suspension system. Brock designed the IRS setup for the 1965 season, but the car won without it and it was not put into production at that time.

“Ted Sutton and I had the wonderful opportunity to work with Ken Miles while we were part of the Shelby American team in 1965,” said Jim Marietta, chief executive of the OVC. “While Ken was celebrated for his leadership as competition director overseeing the Shelby Cobra, Daytona Coupe and GT40 programs, he was also a development driver for the Ford Shelby GT350.

“Together with his son, Peter, who is also portrayed in the recent Oscar-winning film, Ford v Ferrari, we’re honoring his contribution to making the Shelby GT350 a winner with this trio of special edition cars.”

Not only did Shelby American and Miles win that first race, the Shelby GT350s began dominating their class across North America and Europe. Today, first-generation Shelby GT350s are fan favorites at events like Le Mans Classic and Goodwood.

“I’m pleased that my father’s contributions to the 1965 Shelby GT350 R program are being honored with these special cars,” said Peter Miles. “I know that my dad felt it was a serious challenge to develop what Shelby called a ‘secretary’s car’ into a championship caliber racecar.

“I was lucky enough to spend some time with him, as well as Jim Marietta, during the many hours spent testing the Shelby GT350 at Riverside Raceway back then. Usually that car wore the number ‘3’ on its side. Now we are coming full circle with these three cars. For me, the ‘Flying Mustang’ is making the perfect lap.”

To duplicate the configuration when Miles developed and raced the original, the three special cars will delete the package tray and sound-deadening materials. Special Miles graphics will be painted on the cars, including a commemorative signature. Peter Miles will autograph the cars.

OVC will assemble the cars at the Shelby facility in Southern California, just as Carroll Shelby and the racers did in 1965. Each OVC-built Shelby GT350 begins with the same Mustang, originally equipped with a High-Po 289cid engine and a Borg Warner 4-speed transmission. The car bodies are fully reconditioned and built to competition specs. Customers can choose a traditional 9-inch fixed rear end or independent rear suspension. The continuation cars start at $298,000.