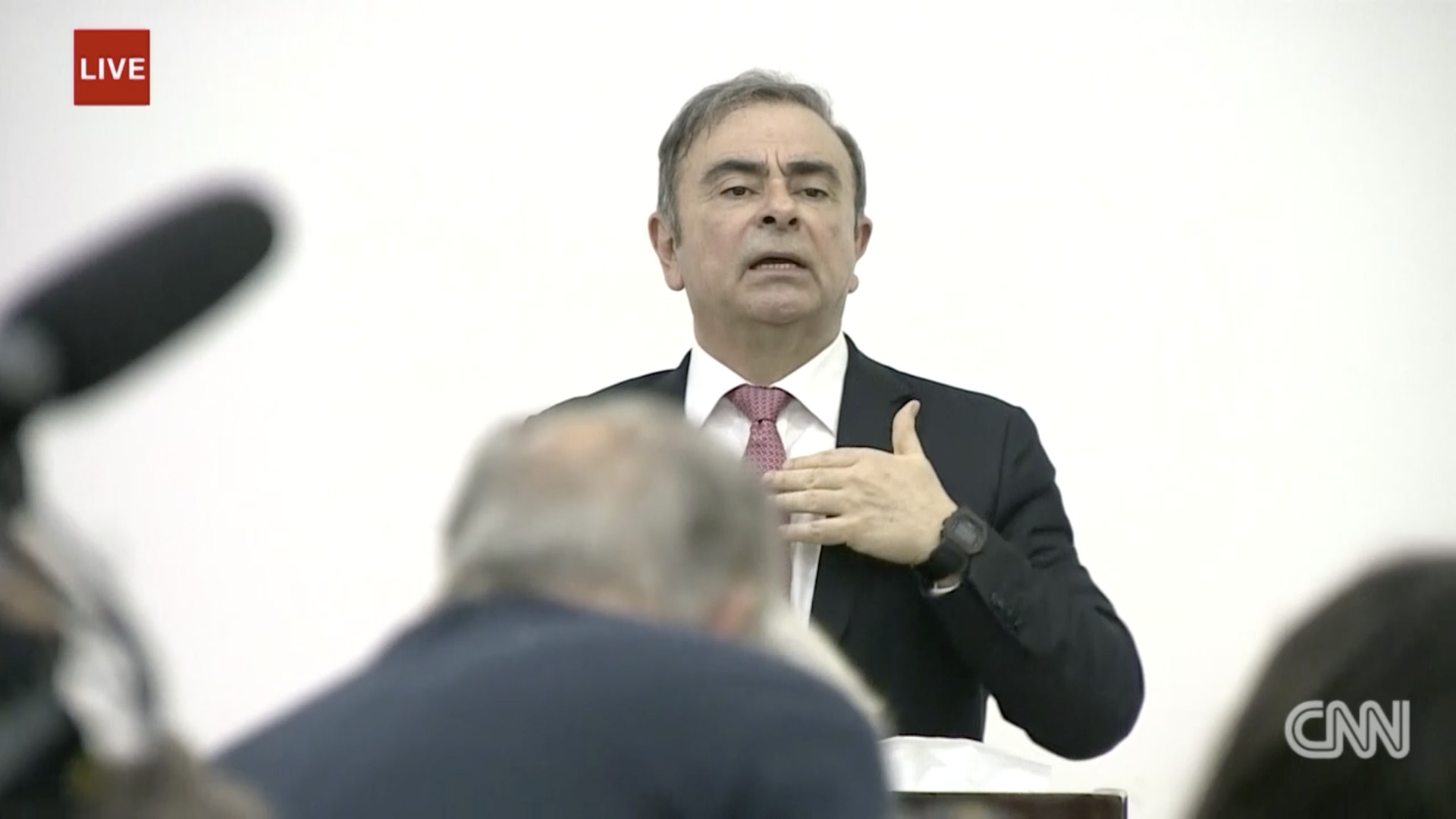 In a wide-ranging press conference that spanned more than 2.5 hours, including a one-hour opening statement, embattled and on-the-run former CEO Carlos Ghosn said he fled Japan because he didn't feel he had a chance for a fair trial.

Ghosn is open to standing trial in a county other than Japan.

"I have to clear my name," Ghosn said. "This is something important to me."

The press conference held in Lebanon on Wednesday was the latest chapter in a bizarre whirlwind that began with the Renault-Nissan-Mitsubishi Alliance CEO's arrest in 2018 on charges that he lied about his salary to investors, and deferred private losses to the company's books. Since his arrest, Ghosn has been held in custody in Japan for months, fired from his role as CEO of those automakers and the tenuous Alliance that held them together, and released on bail to house arrest after reportedly leaving the jail dressed as a janitor. Ghosn's dramatic escape from Japan late in December reportedly included the CEO being smuggled out in a large box with holes cut into it, although the former CEO didn't address his escape Wednesday.

"Why am I being treated like a terrorist in Japan? Like I am going to hurt people? What did I do to deserve this?" he said. Ghosn has professed his innocence since his arrest.

Ghosn said that before his arrest, he attempted to broker a merger with Fiat Chrysler Automobiles, but those efforts fell through due to his arrest in November 2018. Ghosn said a merger between Renault and FCA would have been finalized in January 2019. FCA and Renault made public their discussions to merge in May 2019, but those plans fell apart in June. In October, FCA announced it would merge with Renault-rival Groupe PSA, which owns Peugeot, Citroen, and Opel.

Lebanon reportedly has no extradition agreement with Japan, and Ghosn says he plans on staying in Lebanon as he attempts to clear his name. International travel for Ghosn may be difficult, Japan has reportedly asked for Interpol's help in returning the CEO back to the country to face trial.