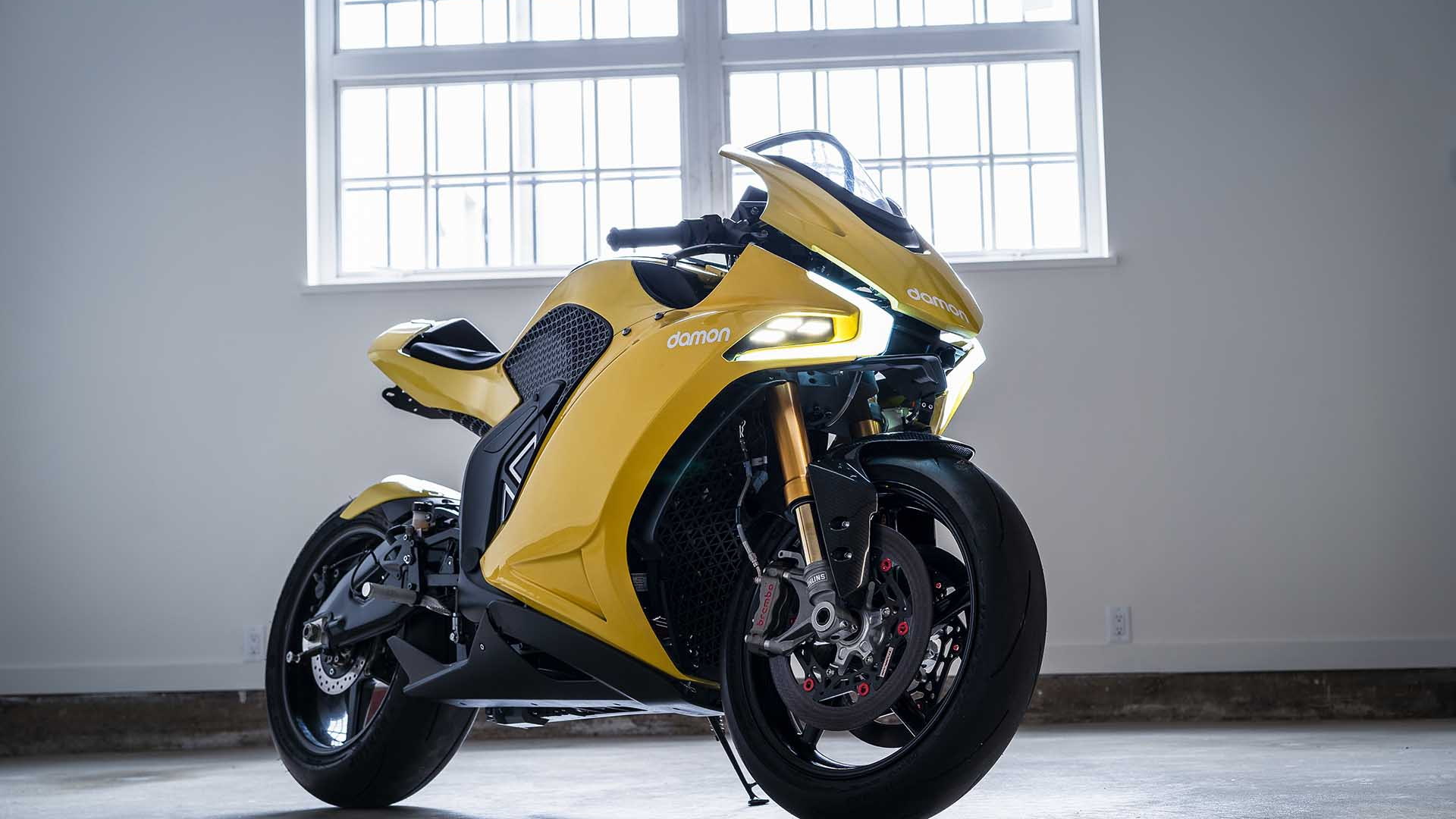 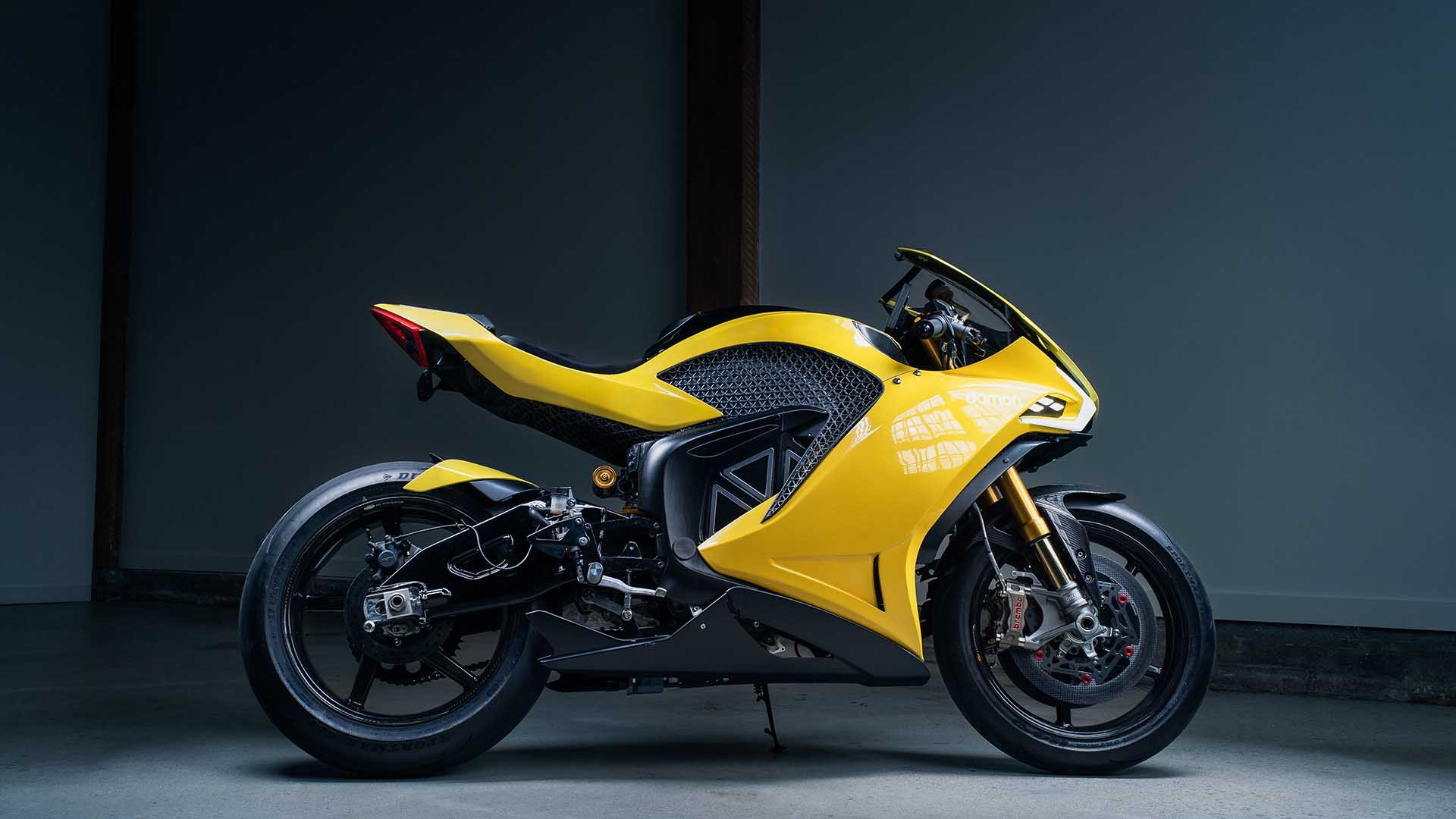 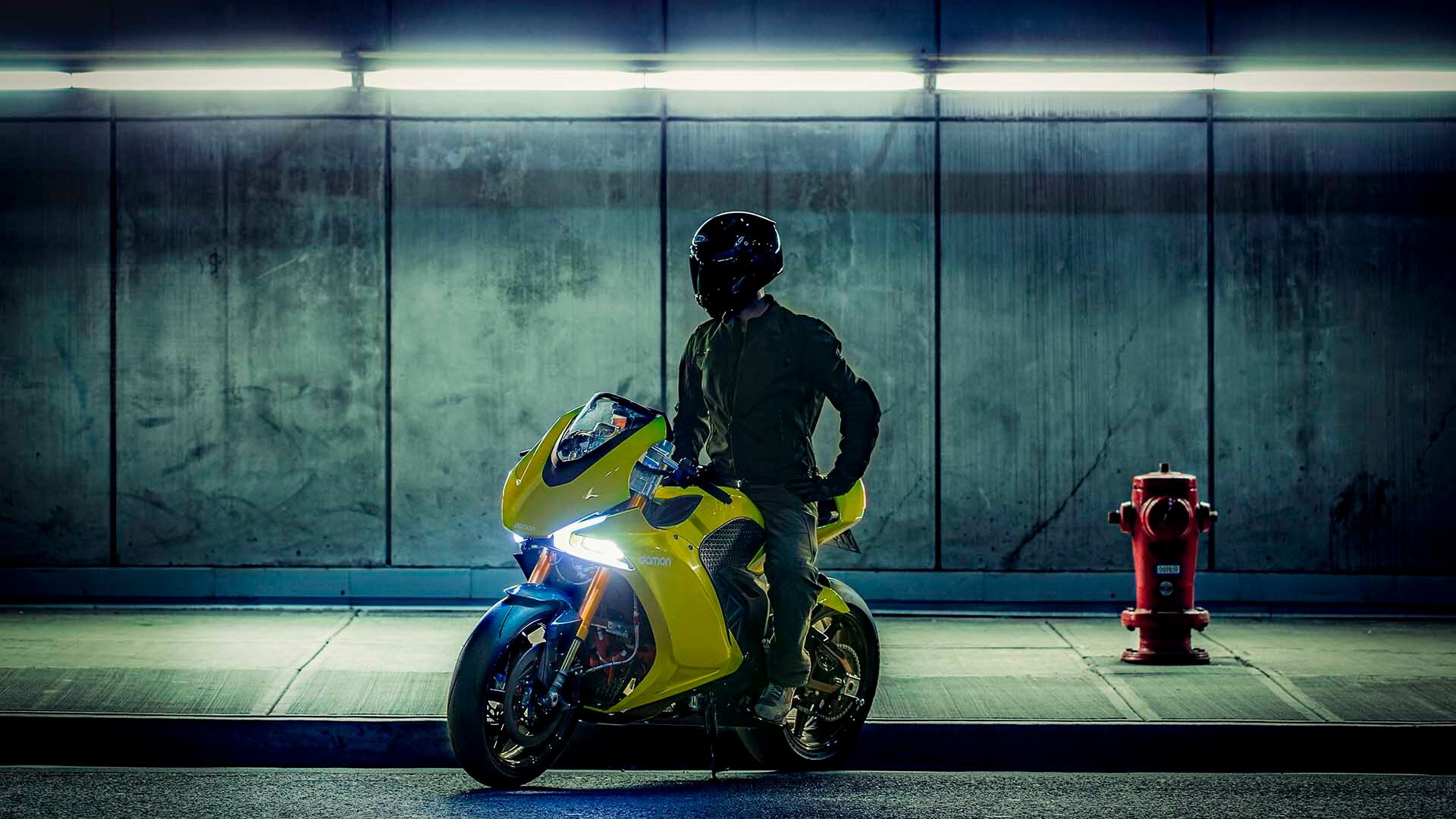 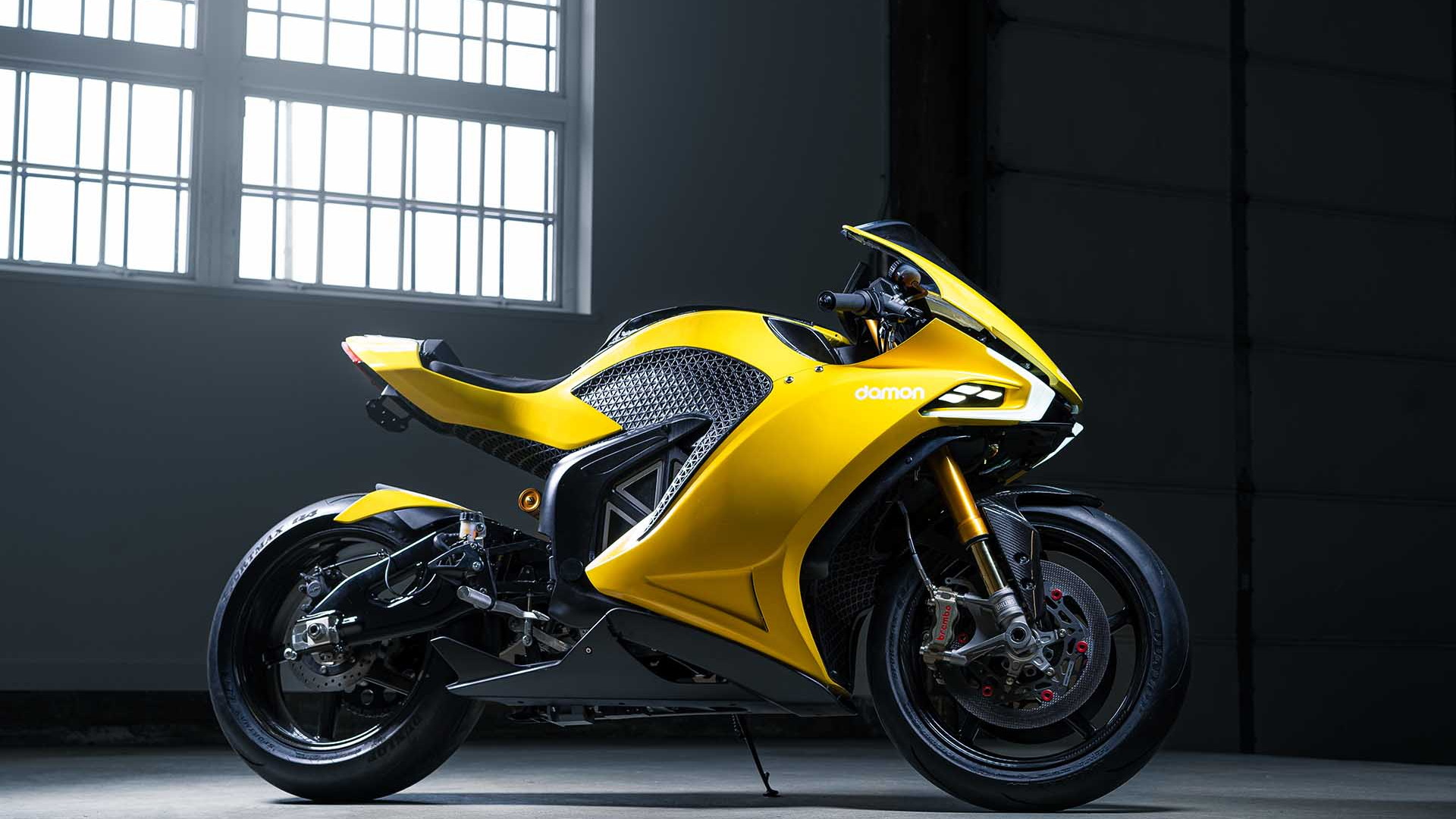 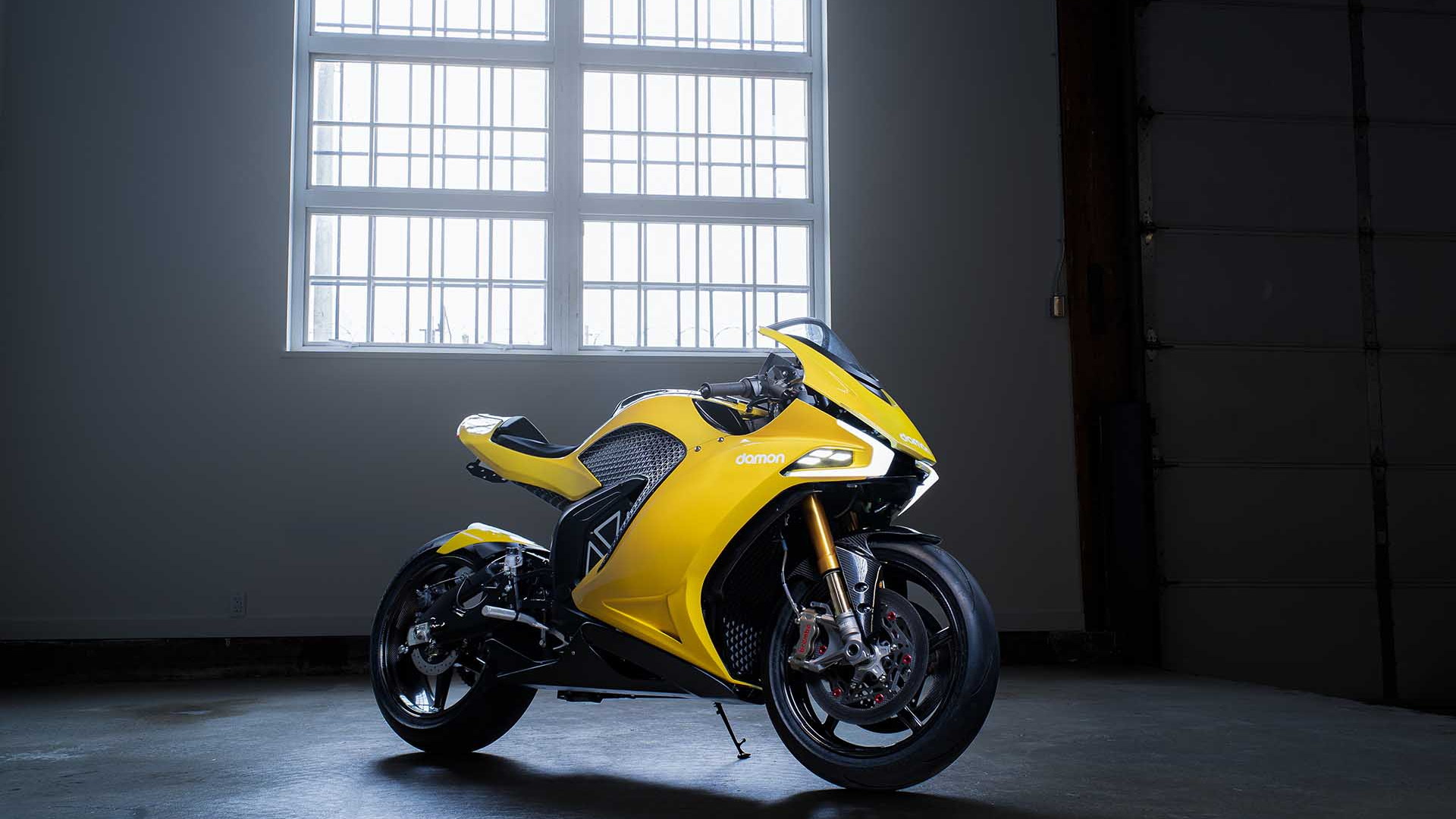 Electric motorcycles are coming to market quickly and Vancouver-based Damon has a new spin on two-wheeled emission-free riding.

The Damon Hypersport HS was announced last month and made an appearance this week at the Consumer Electronics Show in Las Vegas.

The electric motorcycle comes with active safety features that help keep its rider safe and offers multiple seating positions to better suit the road and driving style. Damon said the motorcycle will cost at least $24,995 before applicable state and federal tax breaks, and interested buyers can reserve theirs for $100 via Damon's website.

The Hypersport HS creates more than 200 horsepower and 148 pound-feet of torque from its electric motor. Damon didn't say how big the Hypersport's battery is, but said the motorcycle would deliver about 200 miles of range at 60 mph, about 160 miles at 70 mph, and about 300 miles in the city. The motorcycle takes less than three hours to recharge on a Level 2 plug, according to the company. Damon claims the motorcycle's top speed is 200 mph and 0-60-mph time is less than 3 seconds.

Damon says the Hypersport will use advanced safety features typically reserved for cars. The bike uses two cameras, radar, and other sensors to track the road and warn riders of possible dangers via visual alerts and haptic feedback in the grips. The system uses Blackberry-based software to track up to 64 objects on the road and displays information on a 6.0-inch screen that doubles as a digital instrument cluster.

The motorcycle also uploads sensor data to a cloud-based network to help refine safety warnings. Software can be updated via over-the-air updates.

The first 25 Hypersport models will be called the Hypersport Premier. They will feature Brembo brakes, Öhlins dampers, and a single-sided carbon fiber swing arm. Damon didn't say how much Premier model will cost.

Electric motorcycles aren't new, but they have struggled to reach a broader audience. Harley-Davidson's Livewire motorcycle reached dealerships last year, but a production issue forced the company to temporarily halt production. The Livewire offers up to 146 miles of range from its battery and costs nearly $30,000.

Damon says deliveries of the Hypersport will begin next year and advanced prototypes will be on the road by the middle of this year.