The future is electric, but at Mini, at least in the U.S., it will continue to be a mix of battery- and gas-powered models into the future.

Mini will continue to develop both electric and gas powertrains, the latter primarily for the U.S. market, according to Peyton. Today the automaker offers a plug-in hybrid variant of its Countryman and an all-electric two-door SE model is set to launch by the end of 2020. That's just the tip of the electrification strategy.

Peyton told Motor Authority the potent Mini Cooper John Cooper Works (JCW) doesn't necessarily need to be powered by a gasoline engine or have an exhaust note. JCW customers "appreciate the handling aspect of the product, the aesthetics of the product," he said.

As to whether a John Cooper Works could be battery powered, "I think there's potential for that," Peyton said. "I don't think that it's exclusive to gas and oil and that's got to be the definition of performance."

The definition of performance isn't the fuel or type of powertrain, it's the dynamics and feeling, explained Peyton, who added that racing's even gone electric with Formula E (Mini's parent company BMW has joined Formula E).

Performance driving draws more electrons from batteries at a more rapid rate than crawling through traffic. 'We're close to the next step in battery technology," Peyton said, but he would like to see a bit more in terms of the ability to draw power from a battery rapidly for performance driving. 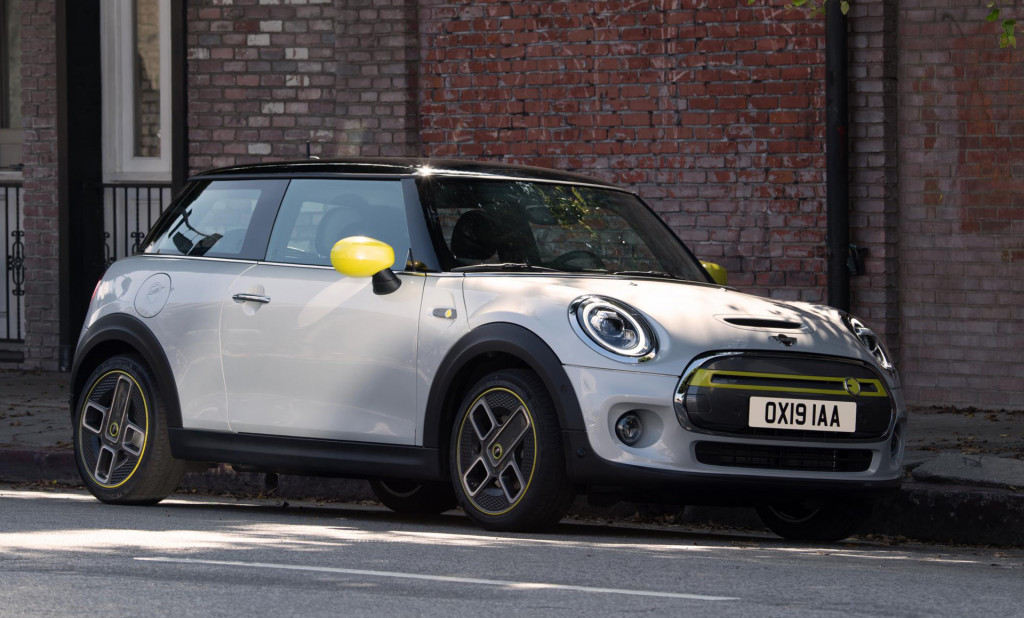 BMW announced in November that the i4 all-electric car will draw from a next-generation 80-kwh battery pack made with the automaker's fifth-generation battery. Each battery is more compact on a per-kwh basis than earlier BMW batteries.

Mini has the ability to pull from its parent company's parts bin, which is an advantage, Peyton is quick to note.

Not long ago Mini's lineup wasn't so mini, with just a handful of niche models slicing and dicing the automaker into every niche imaginable, from a roadster and speedster to a two-door version of the Countryman called the Paceman. Peyton said those days are over; the market has spoken.

While Mini's lineup has slimmed down over recent years, the size of its models won't. Park a current Cooper S next to a first-generation Cooper (known as the R53 by enthusiasts) and the current model dwarfs the decade-plus-old model. The massive (for a Mini) Countryman is the most popular model on sale today. Customers aren't asking for a third-row seat, but they are asking for more luggage space and more rear seat legroom and there's opportunity to go "incrementally bigger," according to Peyton.