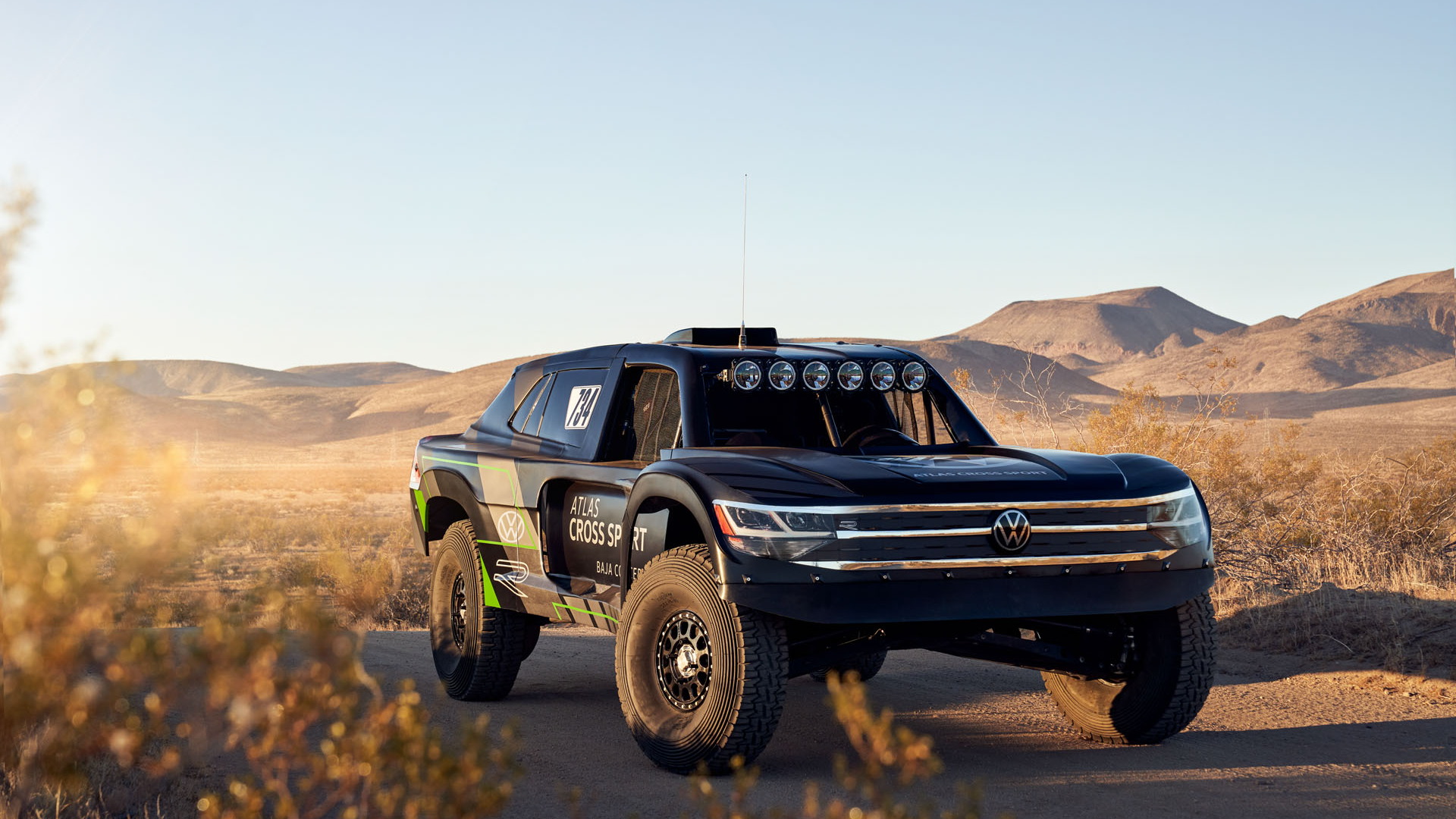 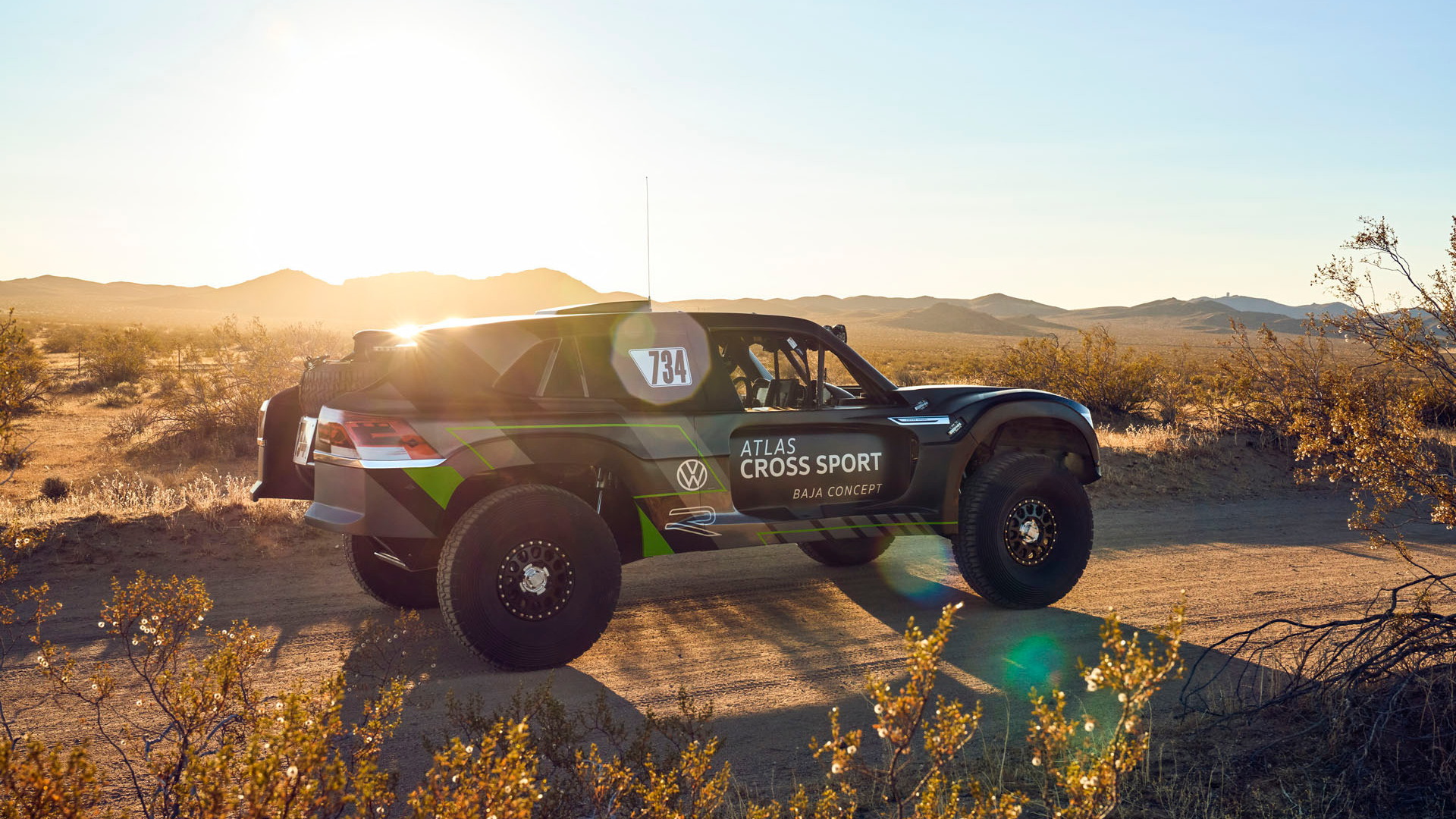 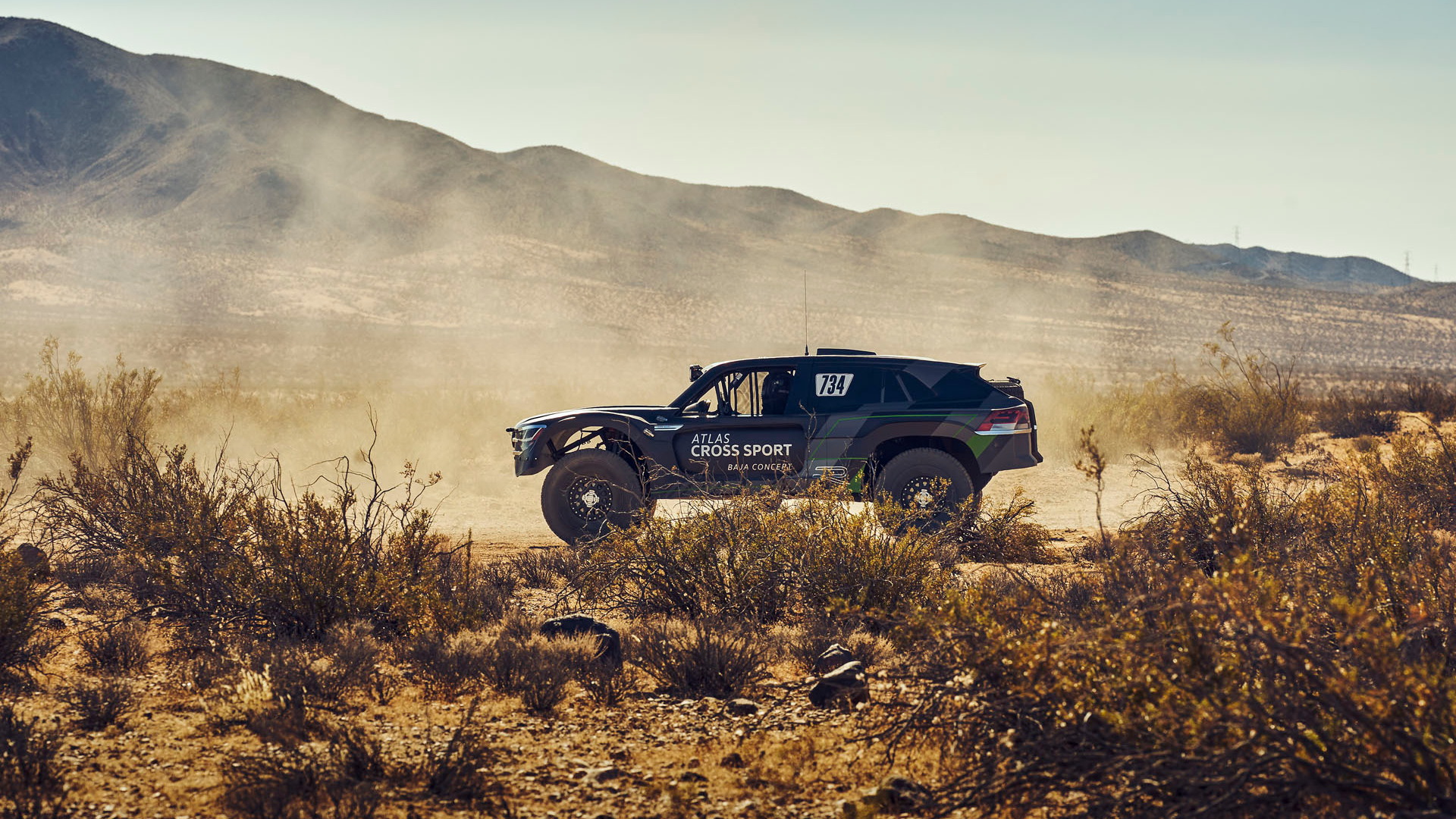 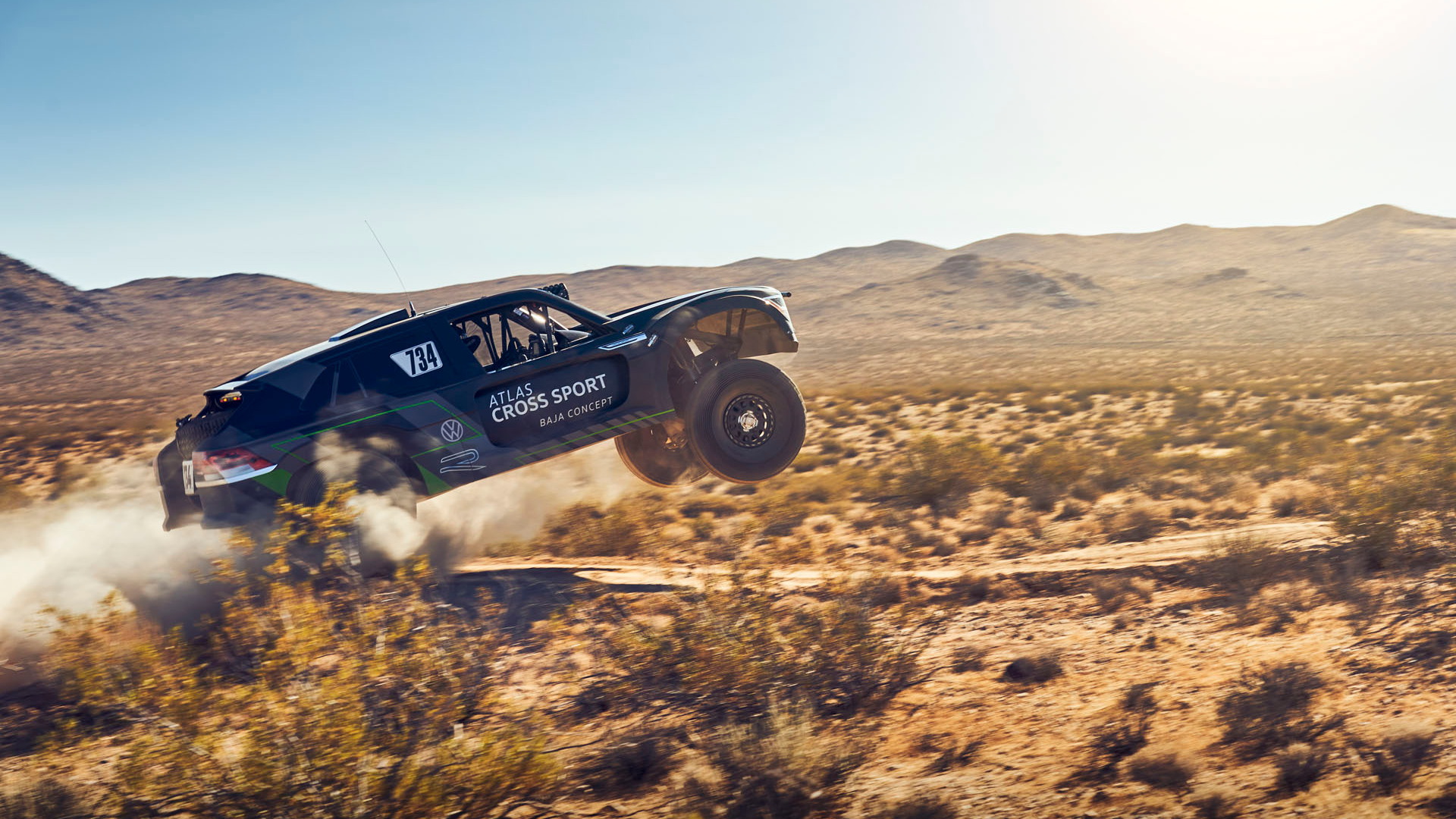 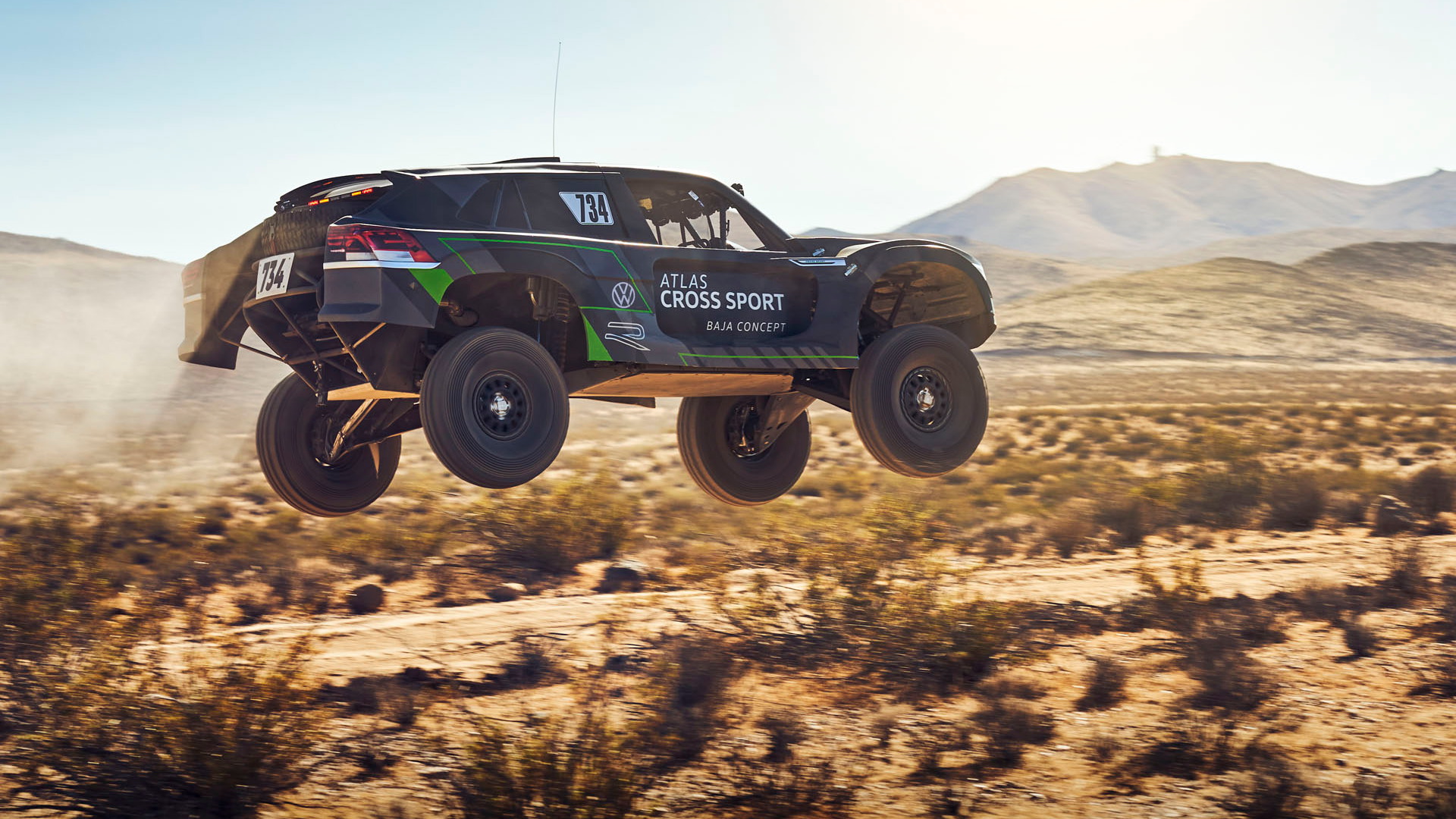 In an effort to buoy the SUV credentials of its new Atlas Cross Sport, Volkswagen announced Wednesday that it has built a prototype race truck dubbed the Cross Sport R, with the intention of competing with it in the 2020 running of the Baja 1000.

The prototype was developed with help from both VW's own rallycross driver, Tanner Foust, and Baja veteran Rhys Millen. The truck will be entered in Baja Class 7, which VW says is a first for four-wheel-drive vehicles.

VW's racer retains the displacement of its production 4-cylinder engine, but that's where the similarities between the road car and race truck end. Volkswagen says the engine can produce 300 hp per liter, but has been tuned to produce "just" 480 for the sake of reliability.

"I know what this combination of engine and drivetrain is capable of," Foust said at the truck's unveiling at the Los Angeles Auto Show. "I’m really excited to see this bit of Beetle DNA live on in the Atlas Cross Sport R and am itching to get behind the wheel."

Details were otherwise light, but from the provided photos we can tell that the Atlas Cross Sport R shares no bodywork with the production car, and it also rides on big, knobby all-terrain tires. Its suspension offers a lot more travel and the truck appears to have about three or four times the road car's ground clearance.

Team drivers and engineers will have plenty of time to fine-tune the Atlas Cross Sport R before the running of the next Baja 1000, which kicks off in November 2020.