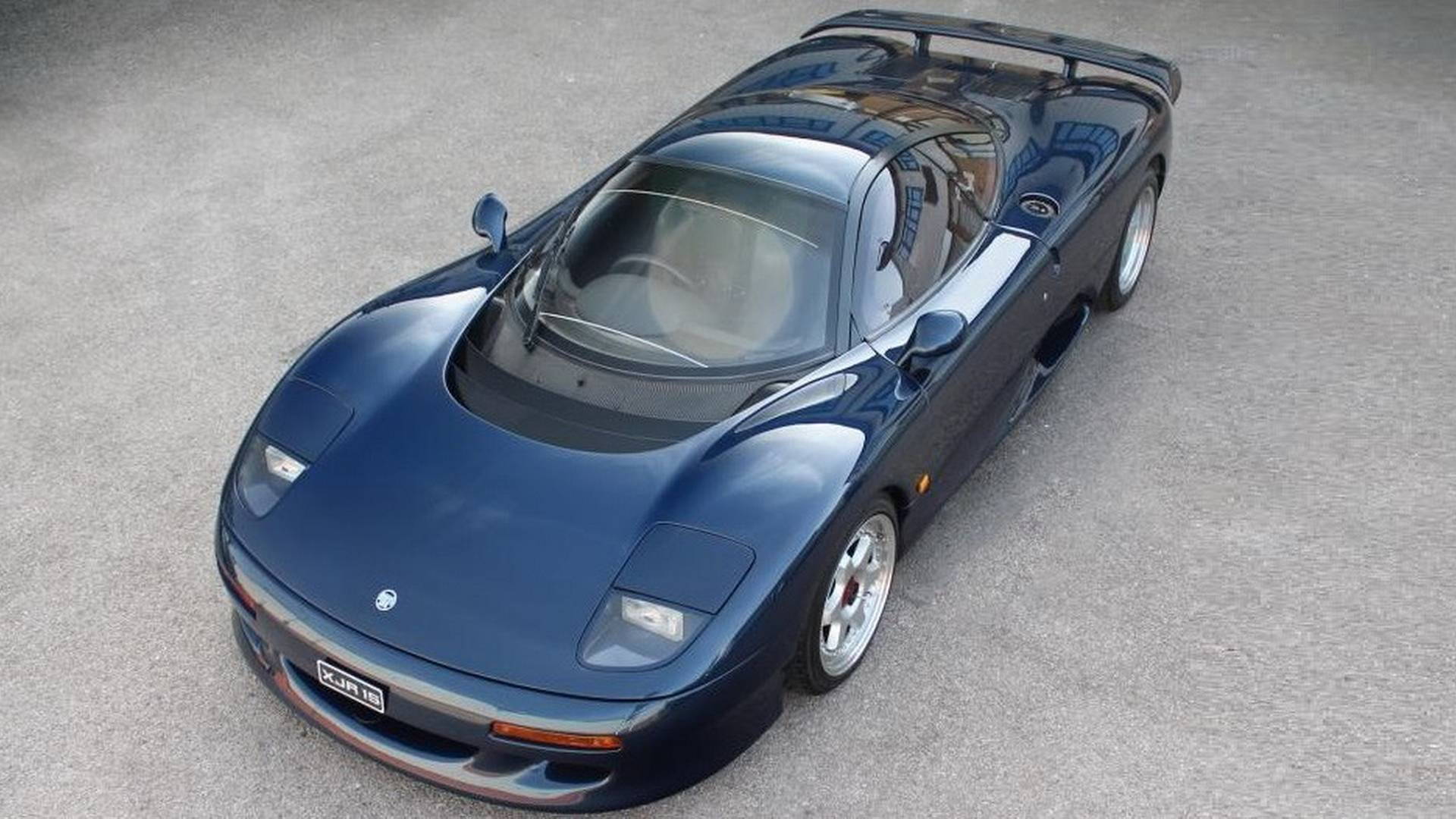 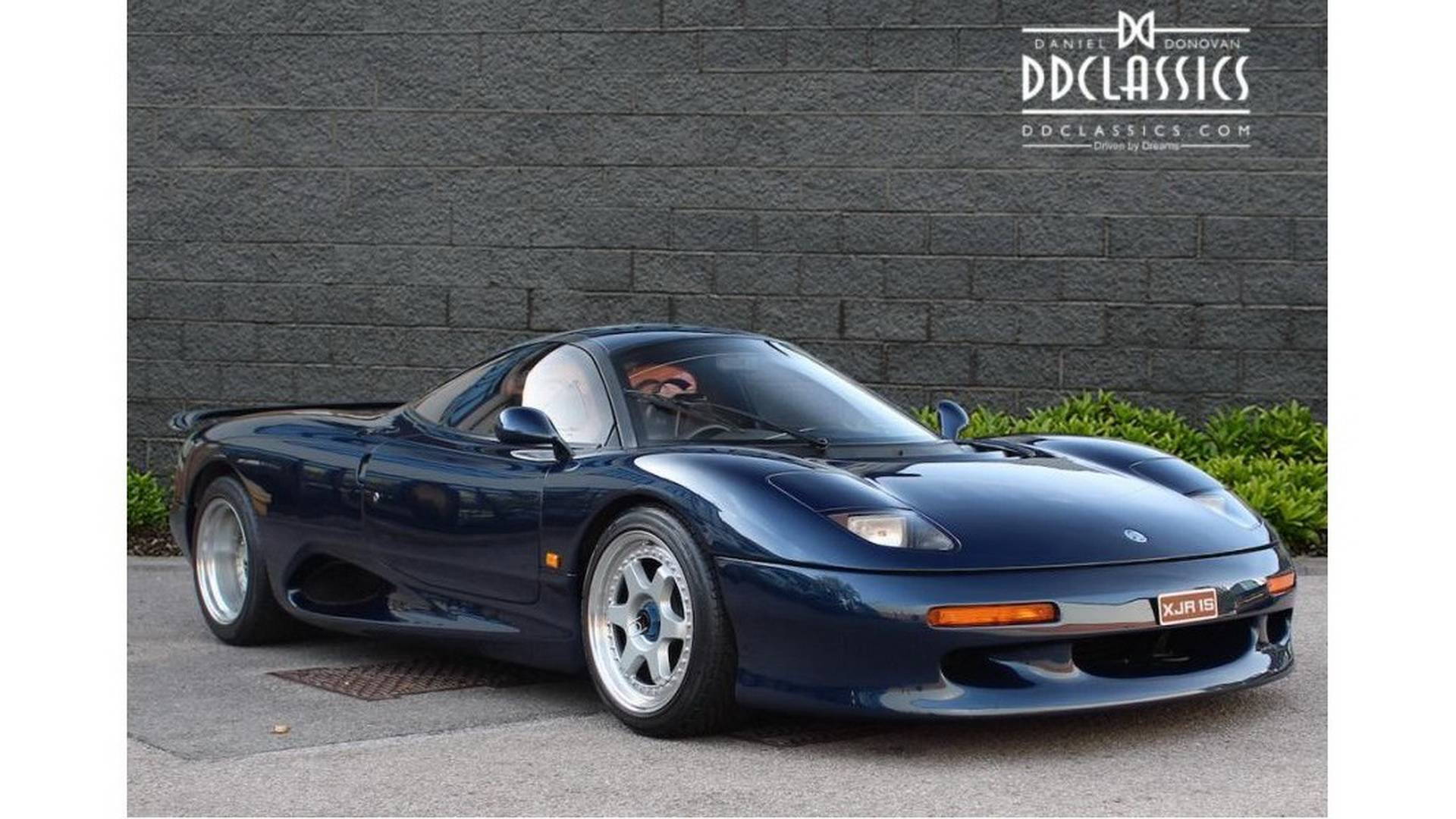 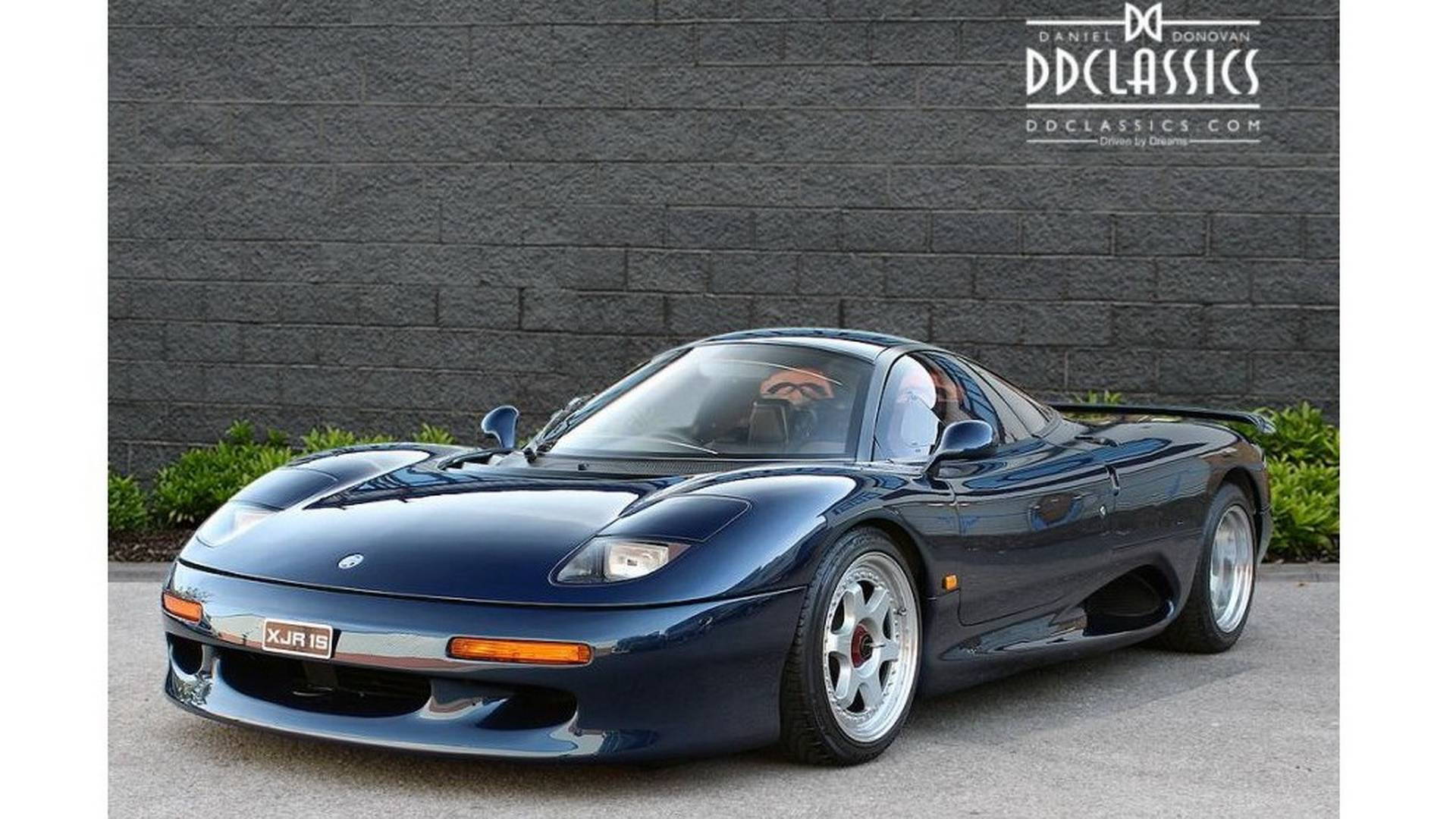 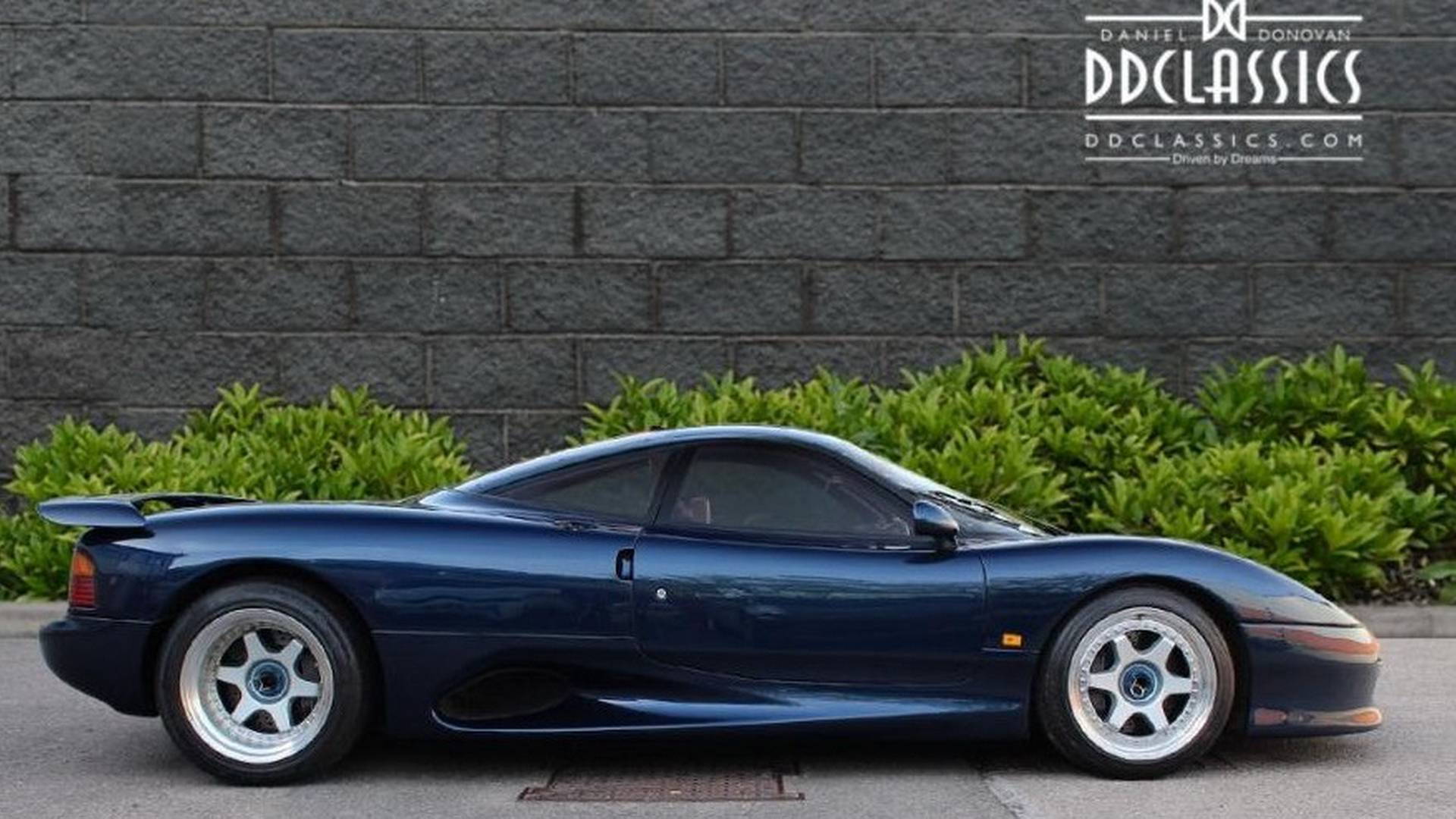 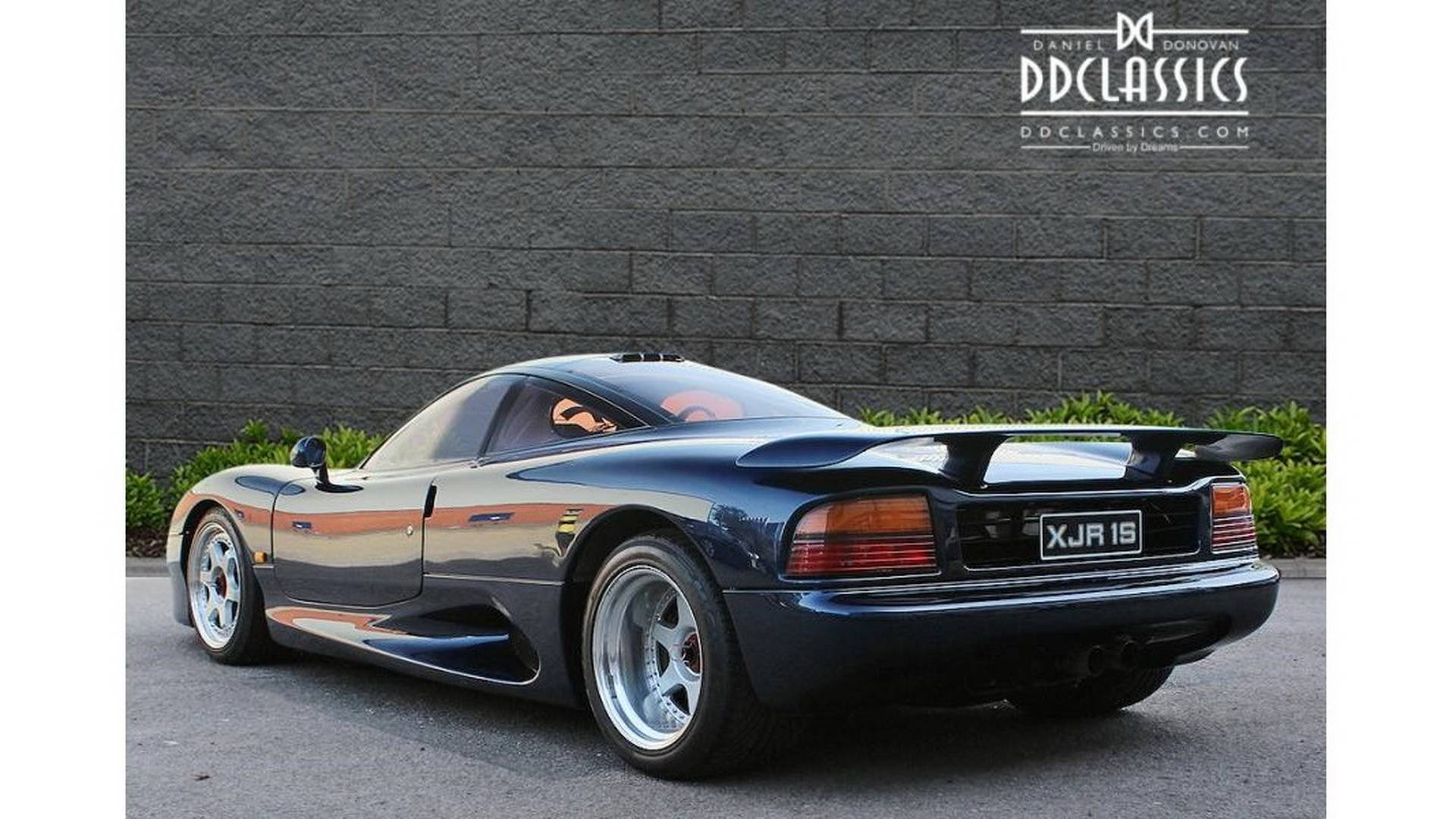 The year is 1990. You're a higher up at Jaguar and you want to get folks to start talking about your road cars more often. One obvious way to achieve this is by making a splash in the world of motorsports. Another is to take what you've learned in that space and apply it to a special road-going supercar. Jaguar did this in 1990 when it produced a monstrous machine called the XJR-15. It's a rare V-12 powered British beast with a production figure of just 53 examples. One of those 53 is now for sale at a shop in Surrey, England, called DD Classics.

Most enthusiasts know about the Jaguar supercar that came after the XJR-15. It was called the XJ220, and it was the world's fastest production car for about a year. Jaguar originally planned on shipping the XJ220 out the factory door with a V-12 engine sitting out back. That didn't happen and a 3.5-liter twin-turbocharged V-6 was tasked with providing power for the super coupe. It did just that seeing as the XJ220 reached a top speed of just over 212 mph. Still, some longed for the V-12 engine that was initially promised and those folks should take a long look at the XJR-15.

Originally produced through a partnership with Jaguar Sport, the XJR-15 is what happens when you let motorsport engineers develop a road car. Tom Walkinshaw Racing, or TWR for short, was the team tasked with creating the XJR-15 and it was the proper team for the job. The folks at TWR developed a cozy relationship with Jaguar starting way back in 1982. By 1990, TWR delivered a win at the 24 Hours of Le Mans for Jaguar. It was in a car dubbed the XJR-9, which is the racing vehicle that directly led to the XJR-15.

In the middle of the XJR-15, TWR installed a 6.0-liter V-12 that produced 450 horsepower, which proved to be more than enough for a car that employed judicious use of kevlar and carbon fiber throughout the body panels. The curb weight was just over 2,300 pounds. That power-to-weight ratio enabled a 0-60 mph run of just 3.9 seconds. Given enough space, the car could reach a top speed of 191 mph.

DD Classics has managed to acquire the car you see here, and it's a rather stellar example. Just 600 miles are shown on the odometer. The Mauritius Blue paintwork appears to be in excellent shape, and the interior is ready for the road and the track. If you want to talk to your co-driver you'd better be wearing the included headset for the internal communication system.

Should you be interested in acquiring this ultra-rare race car, you'll need to pony up some serious dough. There's no price listed for this XJR-15, but another example recently popped up for sale at at an auction in Australia. That car did not meet its reserve price even after bidding rose to nearly $540,000. These super Jags don't come up for sale often, but when they do the asking price climbs higher every time.