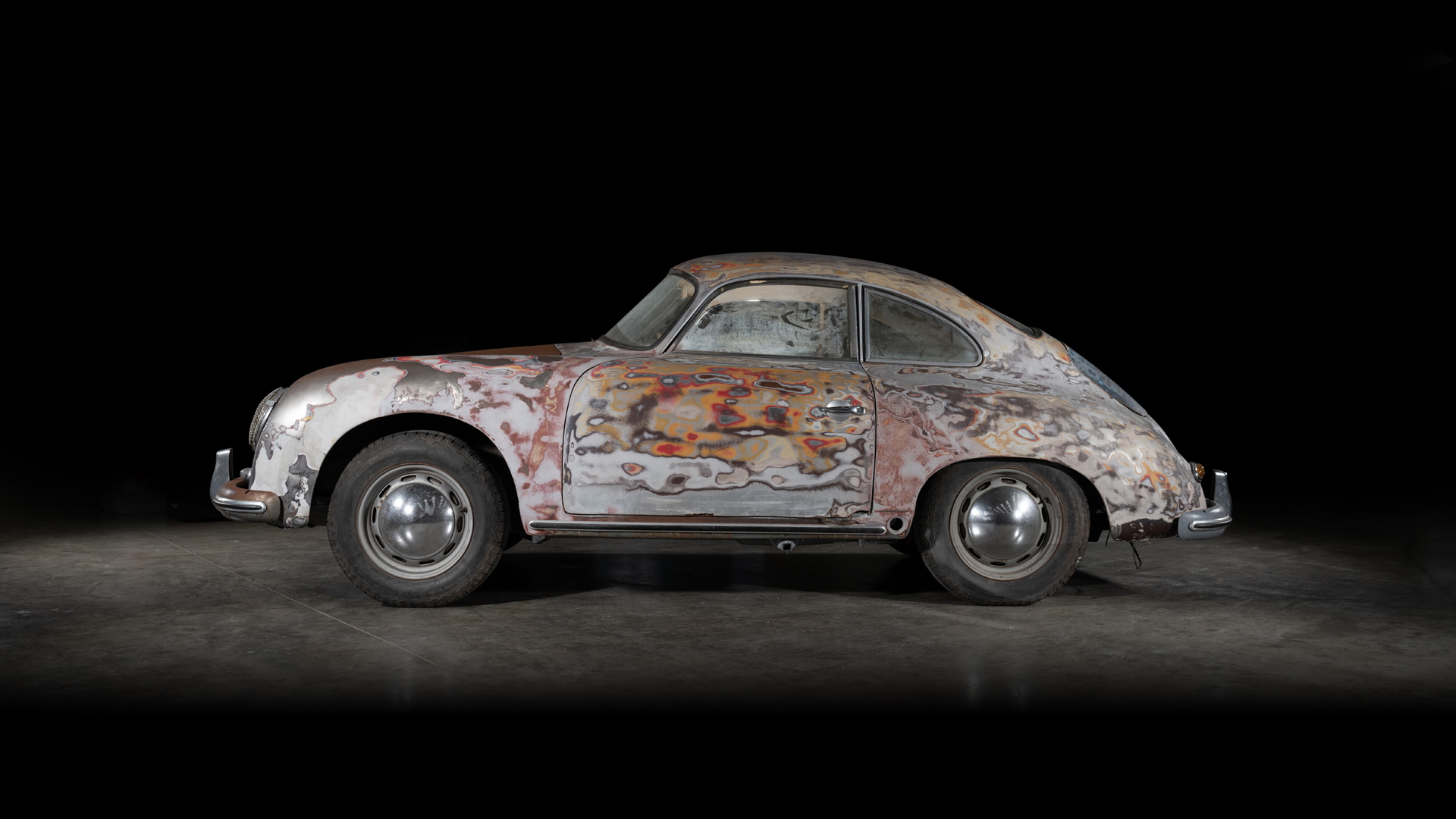 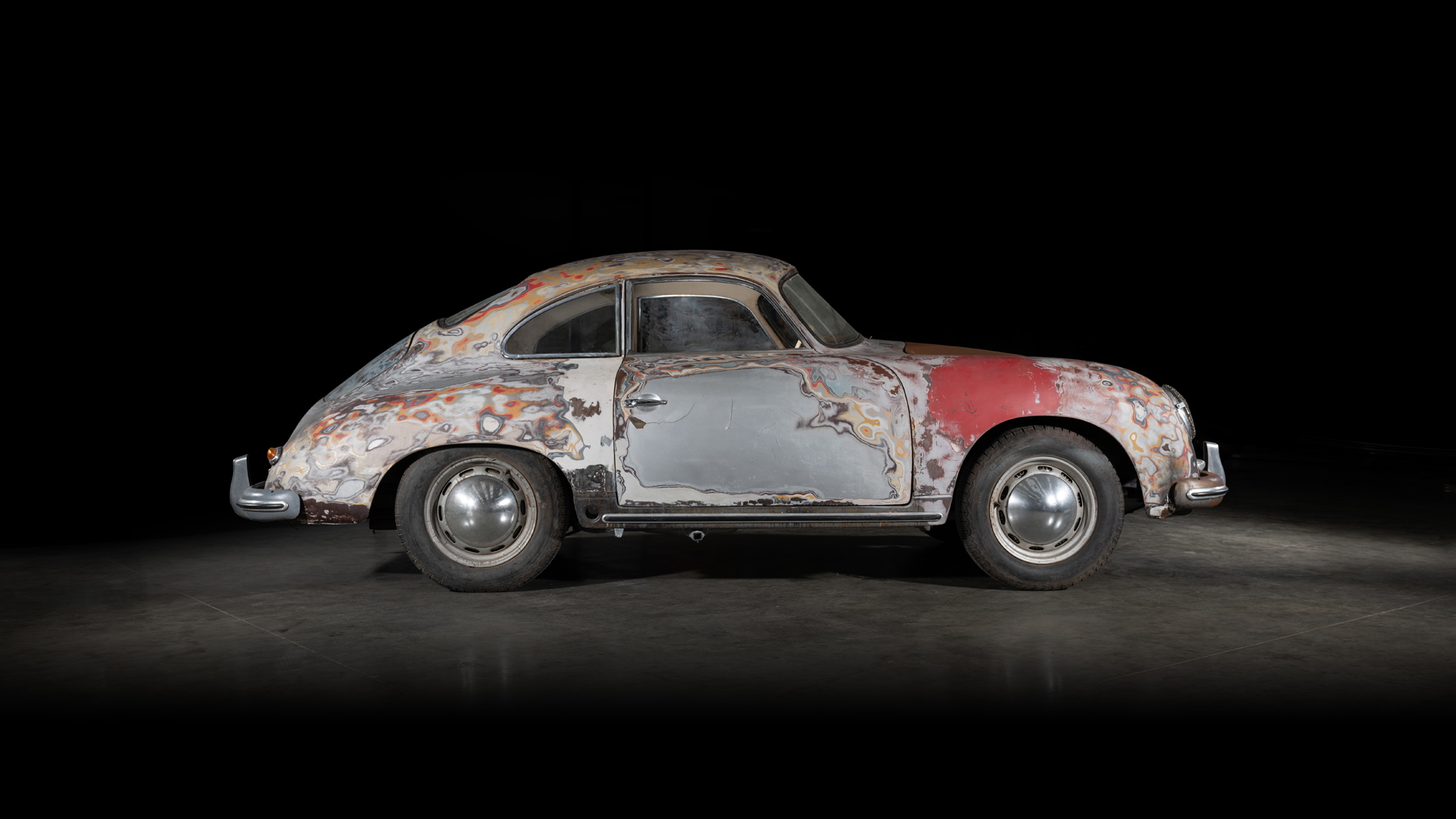 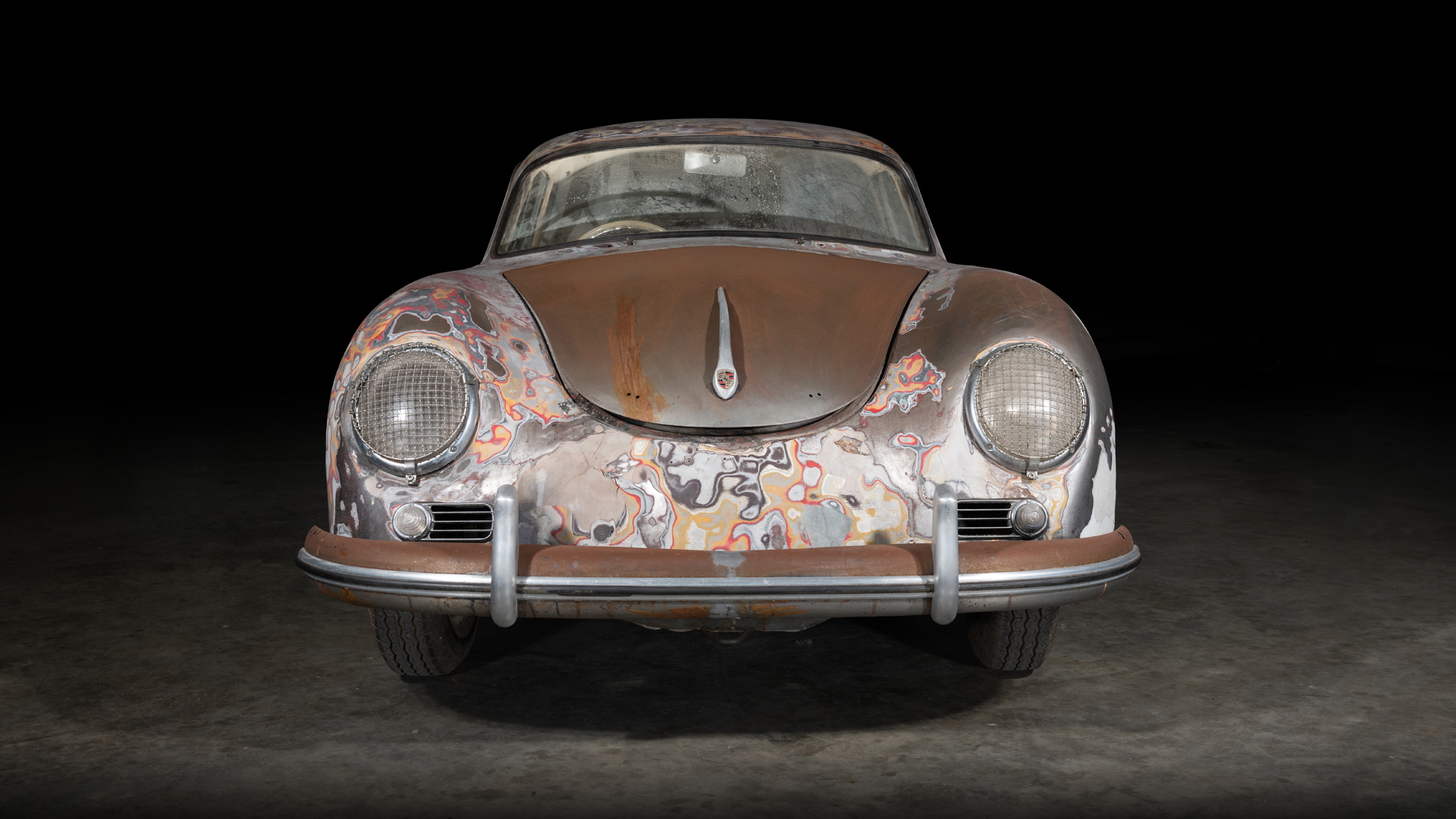 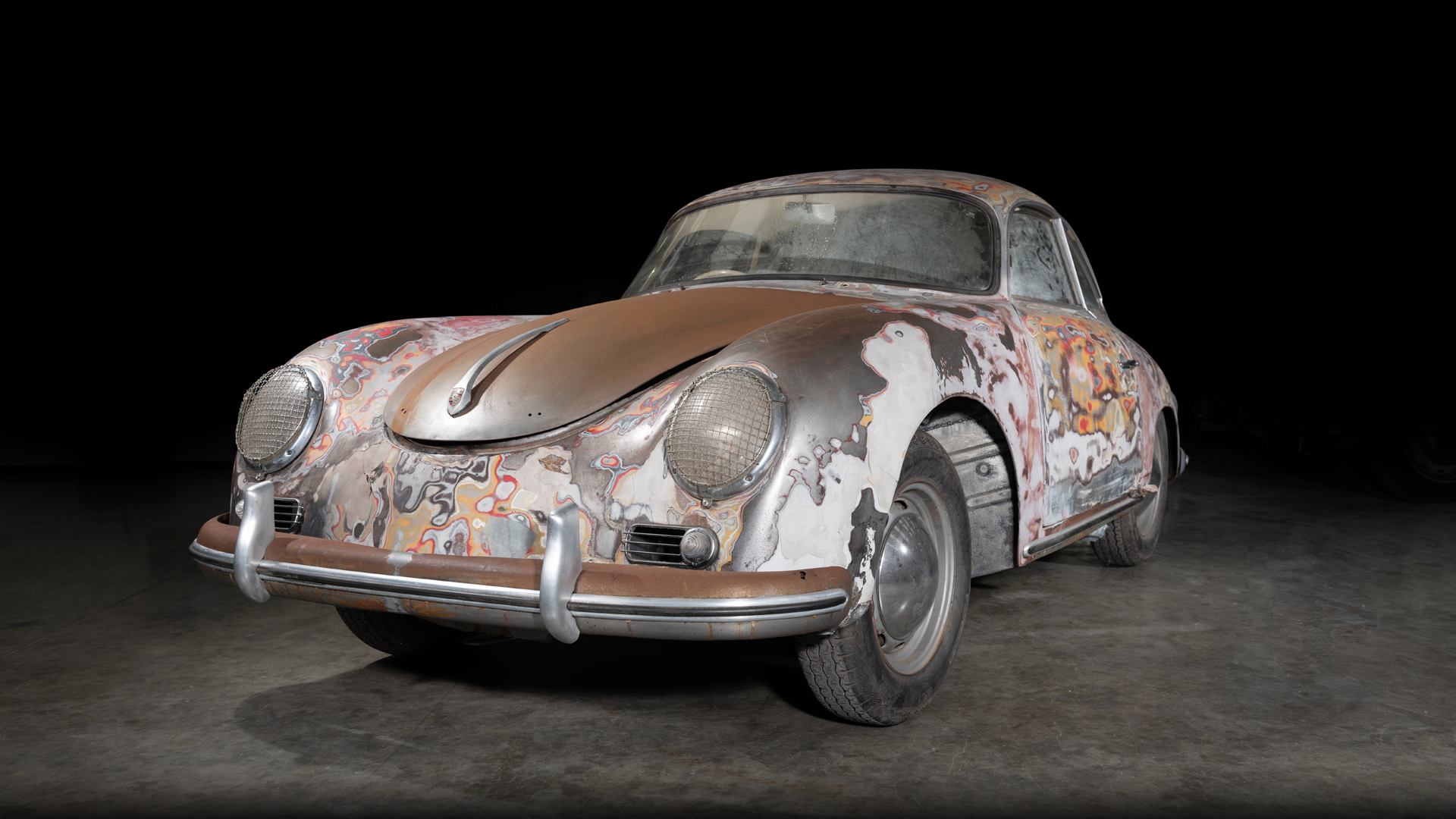 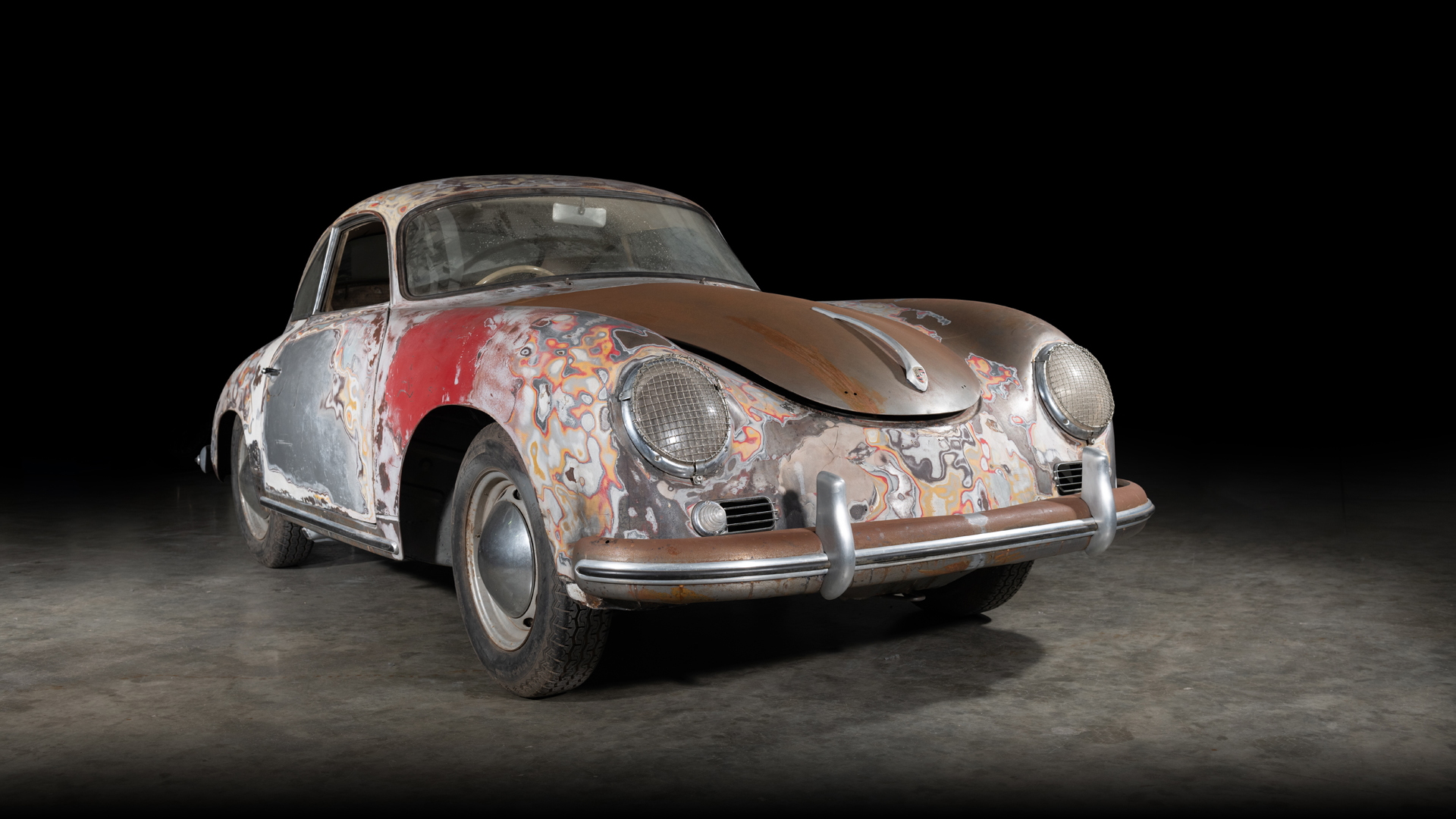 Encouraging patina on a newer car was a fashionable trend in the tuning scene for several years, but when it comes to true classics, there's just nothing like the real thing.

Well, that's not entirely true. Patina may have its fans, and authenticity is nothing to be scoffed at, but sometimes a full restoration is the right answer. Fortunately for one Porsche 356 fan, British classic car restorer Thornley Kelham is offering up this 1959 A coupe however you want it—running but rough around the edges, or rebuilt and repainted from the frame out. 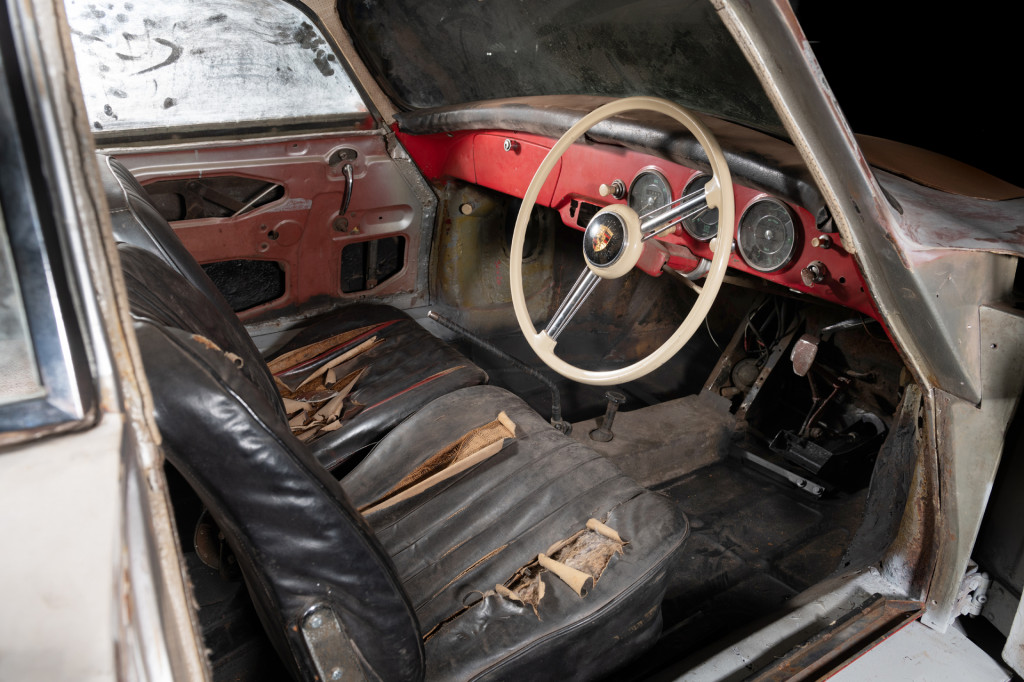 This 1959 right-hand-drive 356A is in sketchy shape, but it's a numbers-matching original which oddly enough, Thornley Kelham said, was actually found in the United States. The car was originally sold to a customer in the United Kingdom, apparently British Lions rugby player Frank Sykes, who later left Britain for the U.S. It has been in storage here for approximately 30 years.

At some point, somebody tried to strip the car down to bare metal, likely as part of a later-abandoned restoration attempt. Thornley Kelham, which specializes in period-correct concours restoration, maintenance and other services, has decided to offer buyers two avenues toward completing the restoration process: a mechanical restoration that preserves its exterior patina, or a full-blown, metal-up job to bring it back as close to the factory original as possible.

"The Thornley Kelham team are experts in the art of subtly personalizing classic cars with modern upgrades including state-of-the-art electrical systems, air-conditioning and power steering," the outfit said in its announcement. Additional options are available too, such as subtle performance and drivability upgrades.

The 356 is equipped with the factory 1.6-liter flat-4 and a 4-speed manual. It is advertised on the Thornley Kelham web site with just under 8,000 miles on the odometer. The price, of course, is entirely dependent on the customer's choice of restoration.