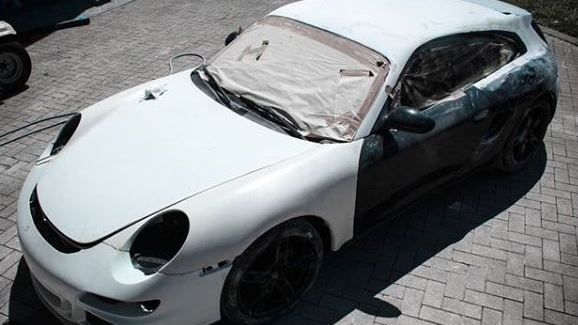 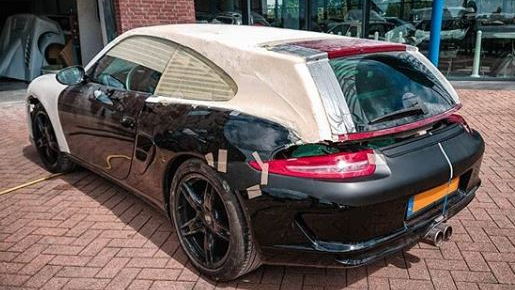 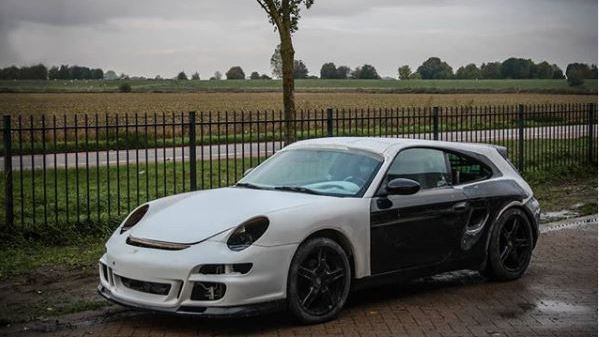 Enthusiasts frequently have strange tastes, and while we may swoon over anything that adds practicality to a high-performance car, not everybody sees it the same way—especially the bean counters in an automotive accounting department, who often cite silly notions such as "marketability" or "profitability" as good reasons to buy a car.

Even when automakers shelve these neat ideas, car folks take notice. Inevitably, somebody will end up building one, oftentimes with only so-so results. We're not entirely sure what this Boxster-based project will look like when it's completed, but we can't help but admire the spunk of the Dutch fabricators hard at work at turning a two-seat, mid-engine sports car into a one-off shooting brake.

The project is from Van Thull Development, and while updates have been few and far between, enough progress has been made on the project that the final product is starting to take shape. The 986 Boxster under this custom body work is essentially unrecognizable, thanks to some donor parts from a 997-generation Porsche 911.

While the ultimate goal of the project is to build a shooting brake, some angles of the half-completed car actually conjure up other images. The three-quarter view photo taken from above the front of the Boxster, for example, actually gives off some pretty serious 1990s Honda Civic hatchback vibes, but there are worse cars to imitate when it comes to custom creations.

Van Thull's latest progress photo shows that the team has shaved down some of the strange intersections in the custom rear body work. It still needs rear glass and a lot more cleaning up, but its final form is starting to emerge from the collection of body parts. We look forward to seeing the finished product.