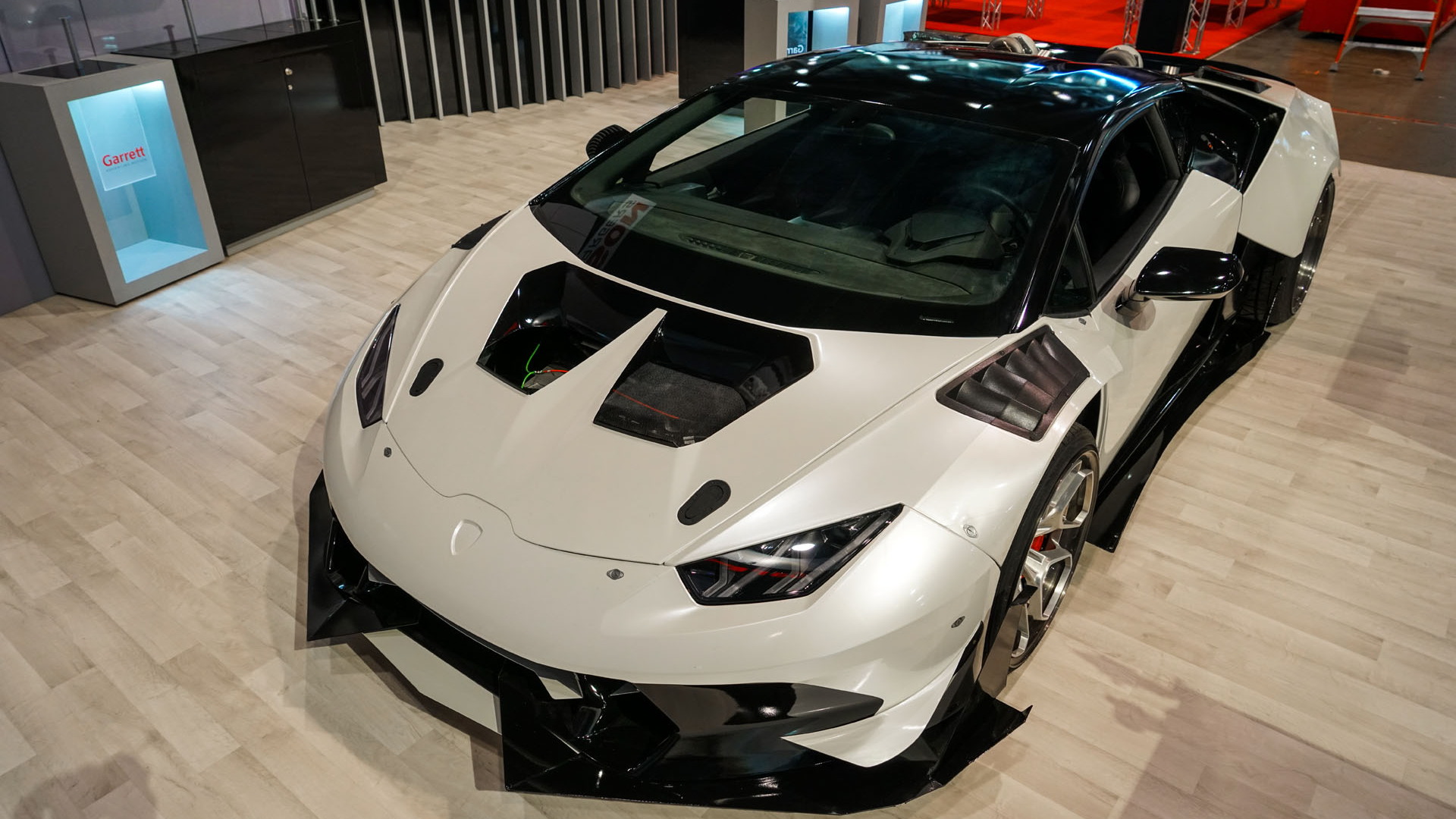 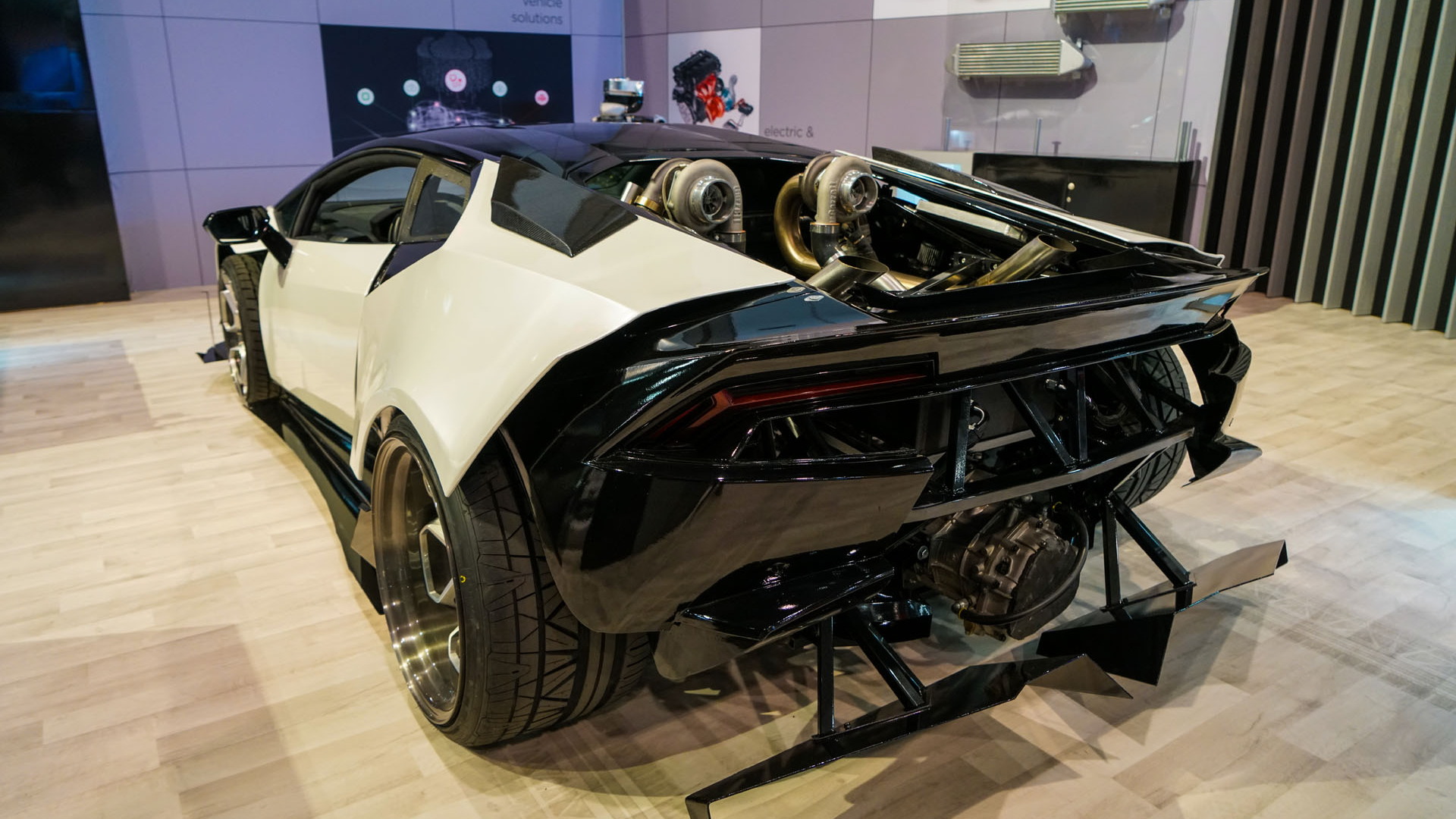 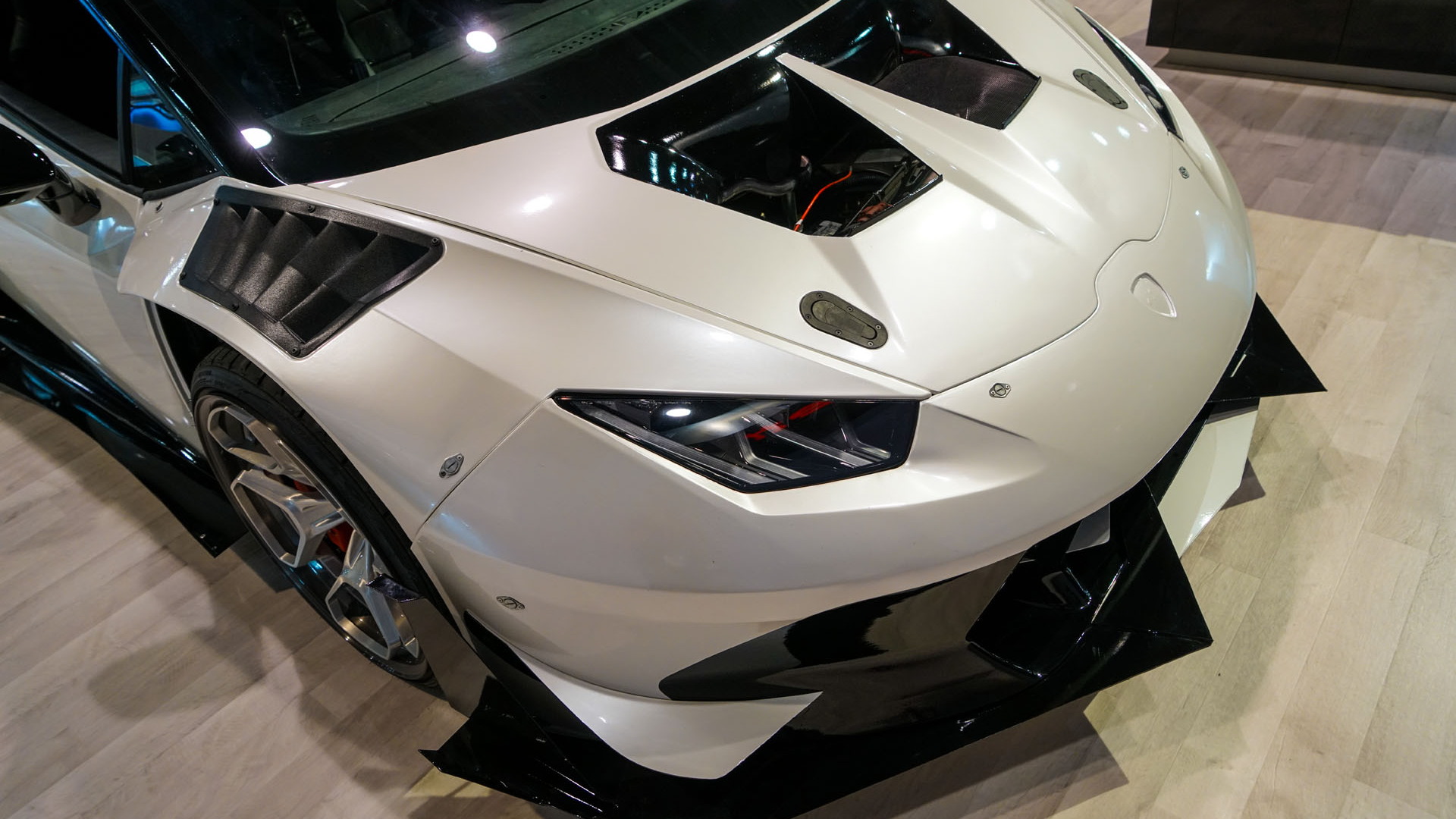 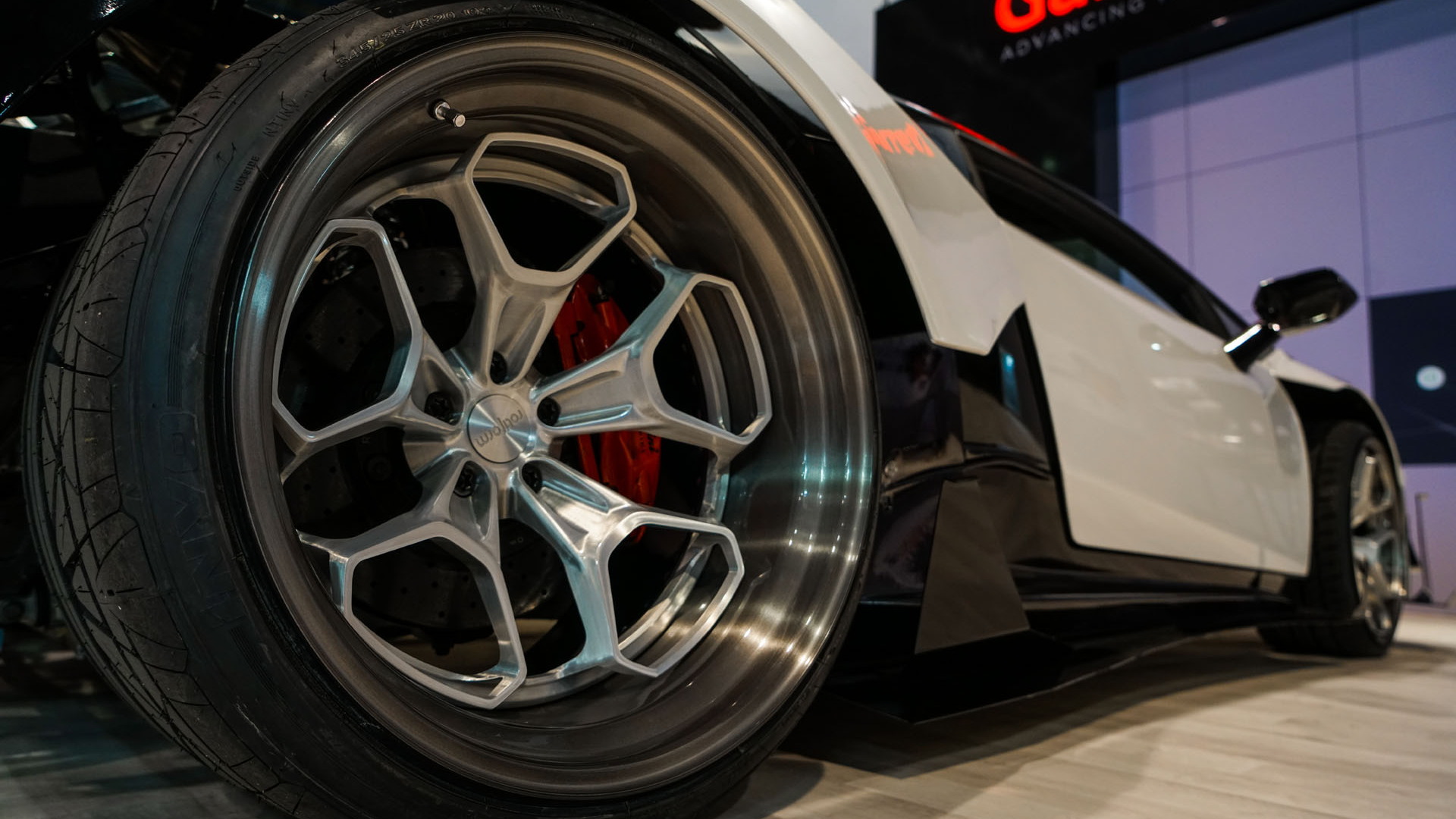 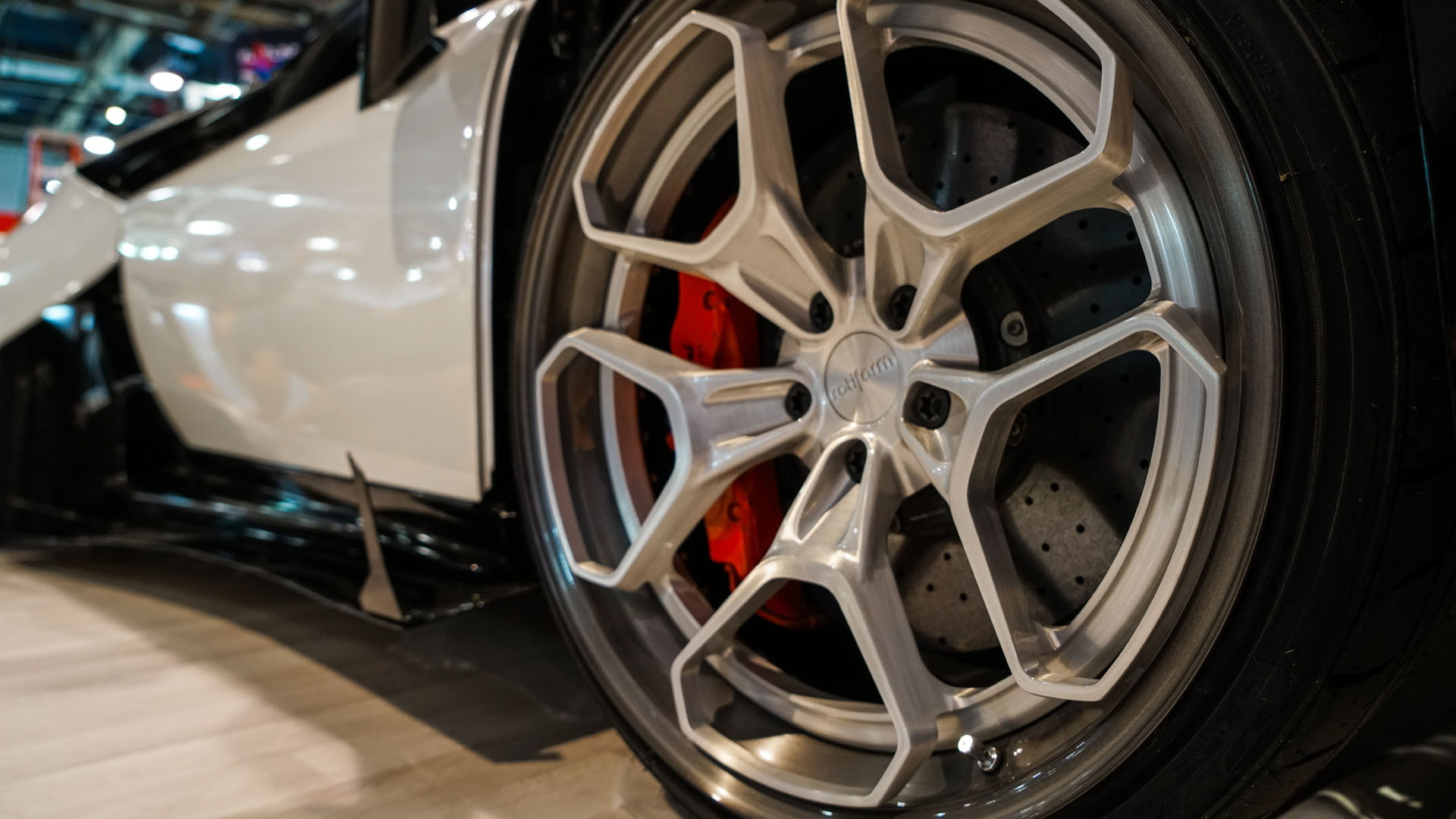 The lightning-rod Lamborghini build of the year is now officially public after appearing at this week's SEMA show. This manual-transmission Huracán with a 1,500-horsepower, twin-turbocharged LS V-8 is what happens when you mix blasphemy with genius, and the results are spectacular.

We call this blasphemy, but B is for Build's project saved what might have otherwise been a supercar beyond salvaging. The burnt-out Huracán shell used for the build was purchased for pennies on the dollar, and with the exception of the engine, the rest of the components (including the Audi/Lamborghini 6-speed manual transmission) were sourced secondhand.

The provenance of that transmission is important to the LS Huracán's identity, because not only is it sporting the "wrong" engine, it's also the only known Huracán with a manual gearbox. To support the insane power of this twin-turbocharged Texas Speed 430-cubic-inch V-8, the transmission was fitted with a custom clutch and beefed-up axles.

"The concept of engine-swapping a supercar with some form of crate motor has been a dream build of mine for many years now," said B is for Build's Chris Steinbacher. "Before I had even purchased the Huracán shell, I reached out to artist Khyzyl Saleem to see if he would be interested in helping design and bring to life my vision of a futuristic hot rod."

Saleem is the man behind the Polestar 1 Hero car on the cover of "Need for Speed Heat." His design called for re-purposing carbon fiber panels from a Huracán Super Trofeo to replace the charred body work on the donor car. The car also rocks a set of 20-inch Rotiform HUR wheels, but as wild as its exterior may be, the real show is under the engine cover.

The video above details the rush to get the car ready for SEMA, including installing the wide-body kit. You can also hear the twin-turbocharged monster motor run a few times. Check it out, and consider if you believe this car is hip or heresy.