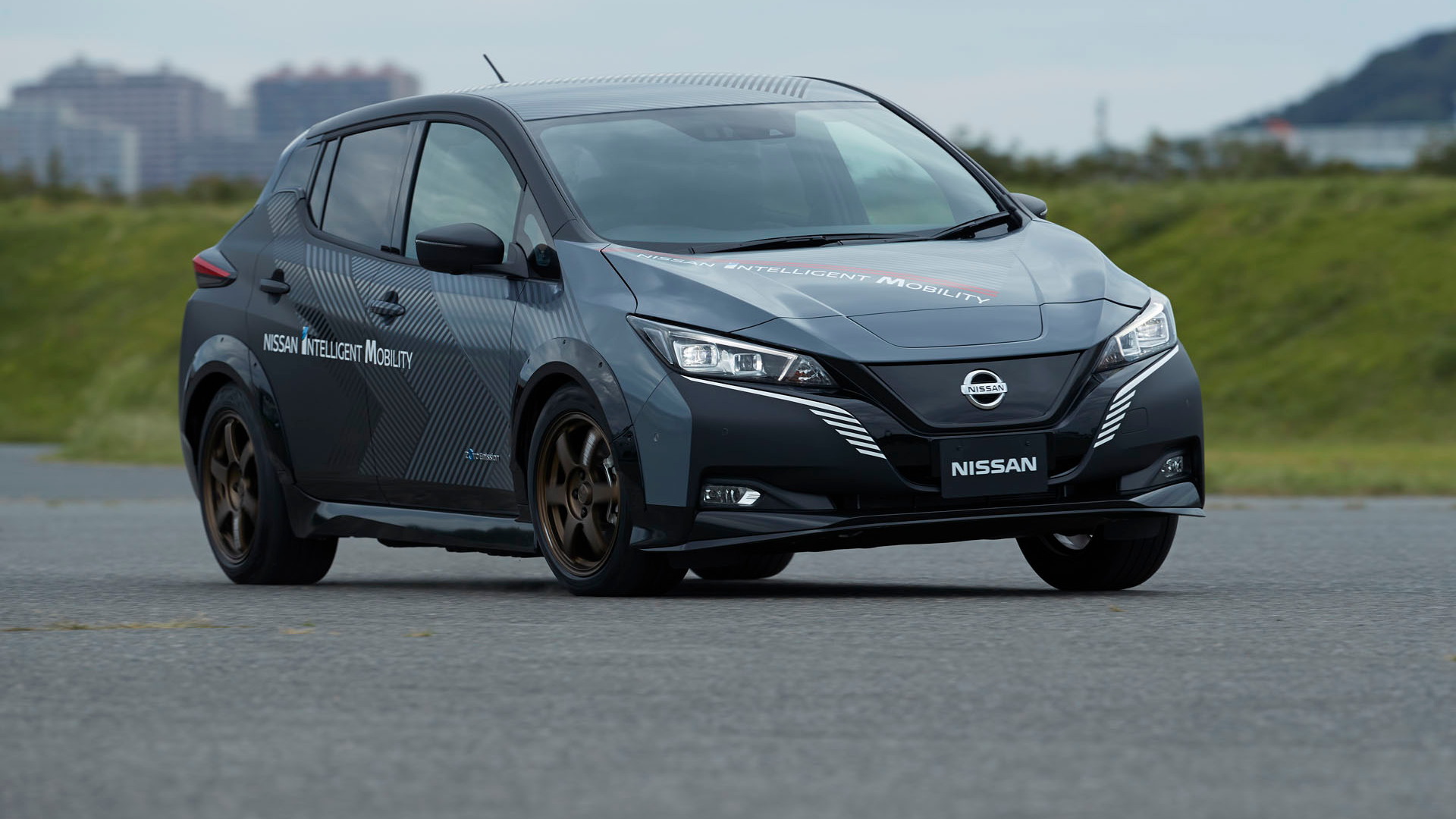 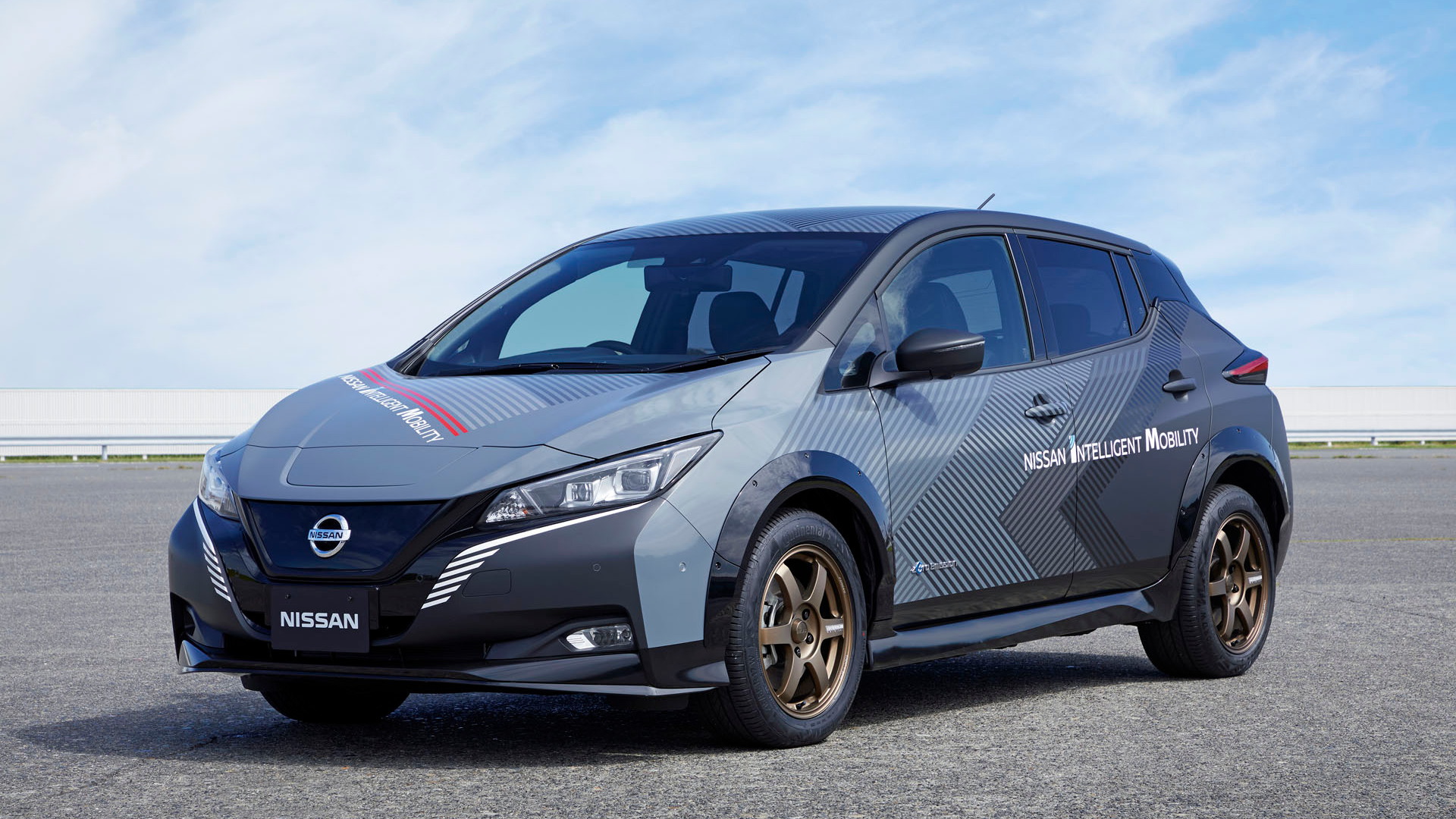 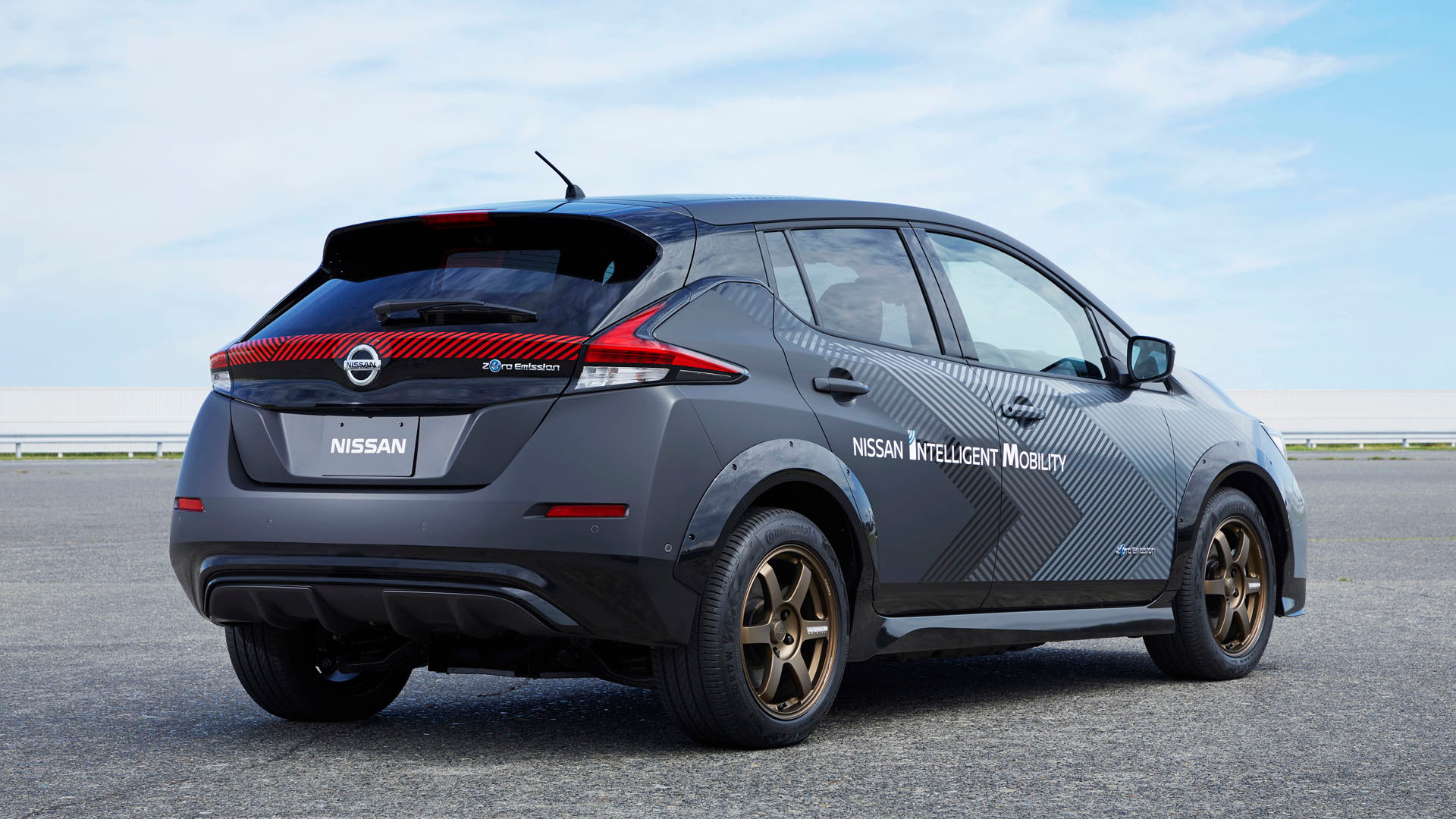 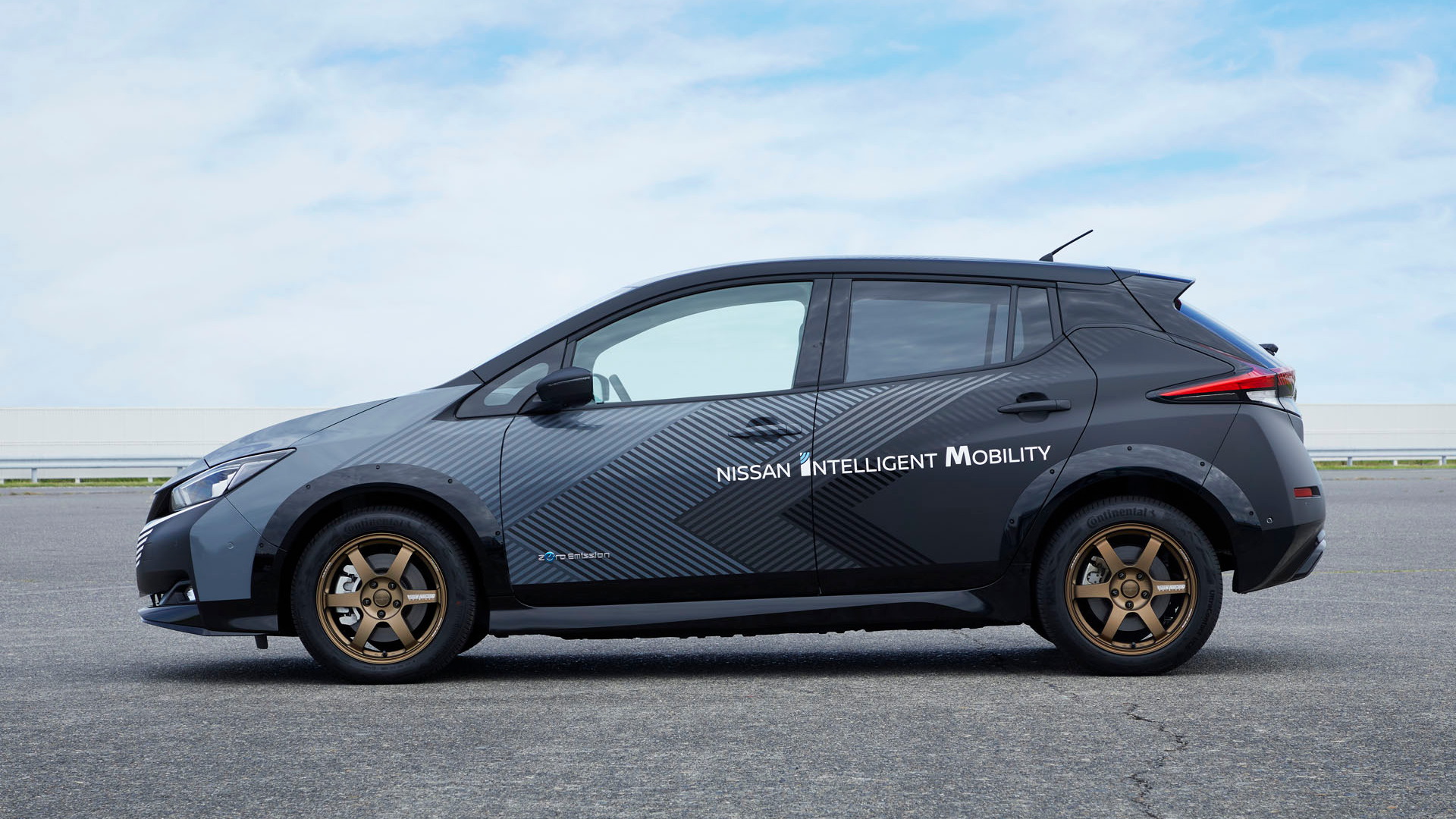 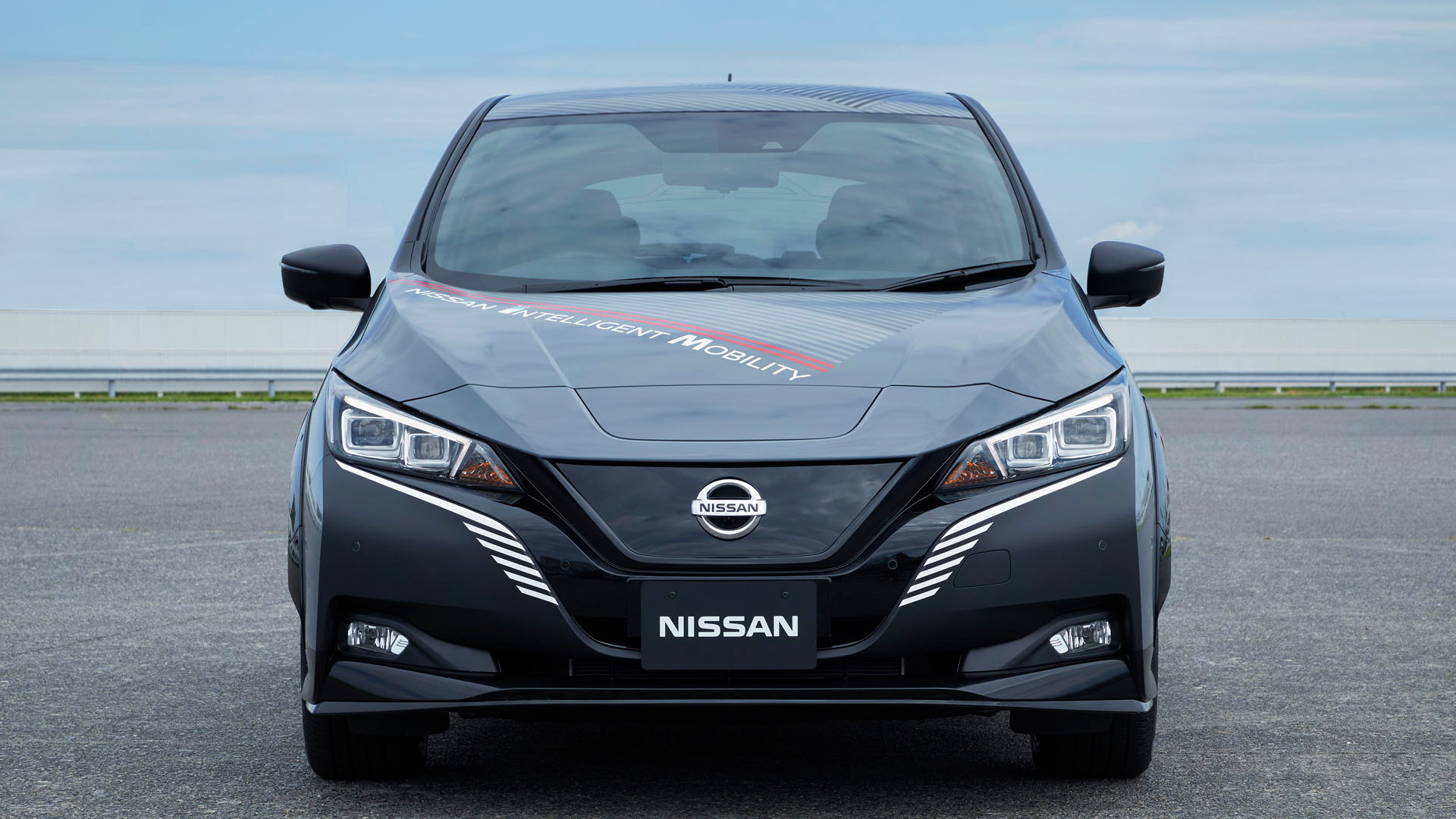 If you think the Leaf has lost its pizzazz, you're not alone. Nissan dove head-first into the mainstream EV segment when the original Leaf debuted, though the company has proven reluctant to expand its foothold in the electrified space outside of a few hybridized models.

This new prototype will satisfy the itch of those who think the Leaf needs a little more oomph. After all, what's better than a single-motor EV? A dual-motor EV, of course. And Nissan's Leaf prototype, based on the second-generation Leaf, is packing 300-plus horsepower of dual-motor goodness.

The beauty of a dual-motor EV is that it's not only twice as powerful, but it drives twice as many wheels. That's for the best, as this prototype's 300 horsepower is accompanied by 500 pound-feet of torque, which is more than enough to reduce a pair of low-rolling-resistance tires to their component atoms in a very short period of time.

While the all-wheel drive is certainly a performance aid, Nissan is also utilizing the rear motor to try out some comfort-oriented tech. Nissan has been exploring ways to improve ride comfort through existing systems without sacrificing a sporty ride. In this prototype, Nissan uses regenerative braking of the rear motor to settle the back of the car during both acceleration and braking. 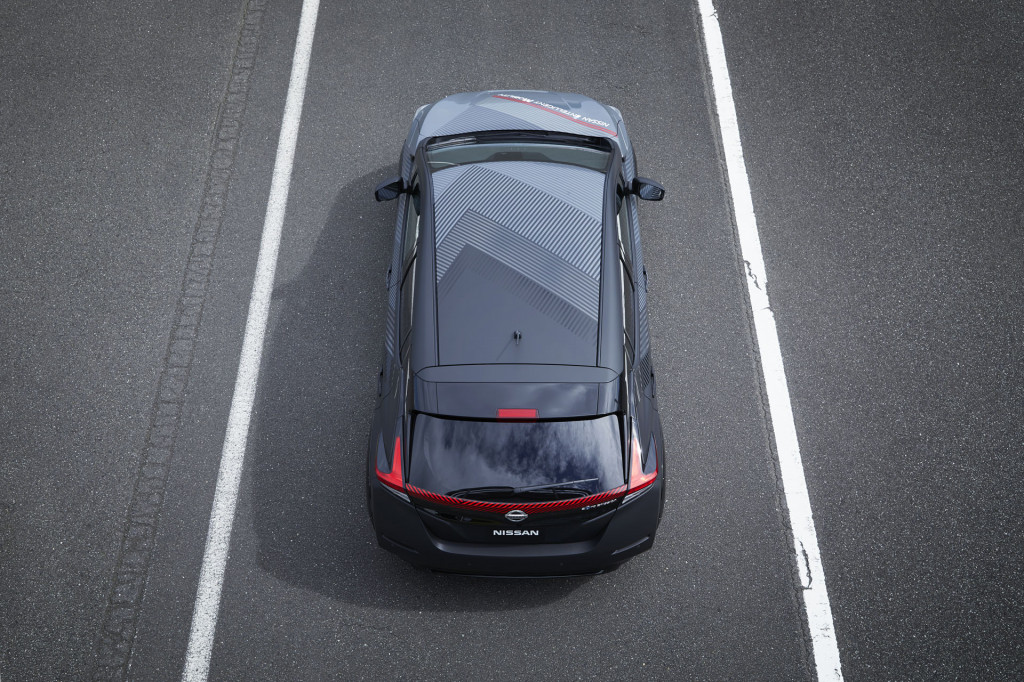 This makes the most sense under braking, when regeneration can only be a positive. By dragging the rear axle more aggressively than the front, it keeps the nose from pitching forward. Under acceleration, power can be portioned ever-so-unevenly front-to-rear to maintain a level attitude.

Nissan has tried the same trick using the hydraulic braking system and throttle-by-wire tech on some of its existing models, including the new Altima sedan. Nissan calls it Intelligent Ride Control, and it's capable of both reducing brake dive and mitigating larger undulations on bumpy surfaces.

If we lost you after the 300-hp bit, fear not. We expect Nissan to be expanding this powertrain into some of its other offerings, including a forthcoming compact EV crossover. While we don't expect a Rogue equivalent to be pushing 300 hp, this prototype opens up opportunities for high-performance variants up and down the company's entire lineup.