A tragically anonymous red brick building stands near the San Francisco airport, across the street from a train station, at the intersection of Nowhere and Who Gives A Damn without any visible markings. It has all the charm of a tax accountant’s office and the same allure. It houses a small but significant gallery of rare and expensive automobiles waiting for no one in particular.

The gallery doesn’t appear marked on any map and welcomes looky-loos and interested passersby like a Brinks truck.

Places like this no-name shelter in Anywhere, U.S.A., aren’t unique to car fans.

There are galleries and galleries, garages and garages, of interesting stuff that’s tougher to find for the public than DB Cooper.

It’s not uncommon to hear about a cache of cars that are stashed away at some rich owner’s behest to have better security than presidents of some developing nations. 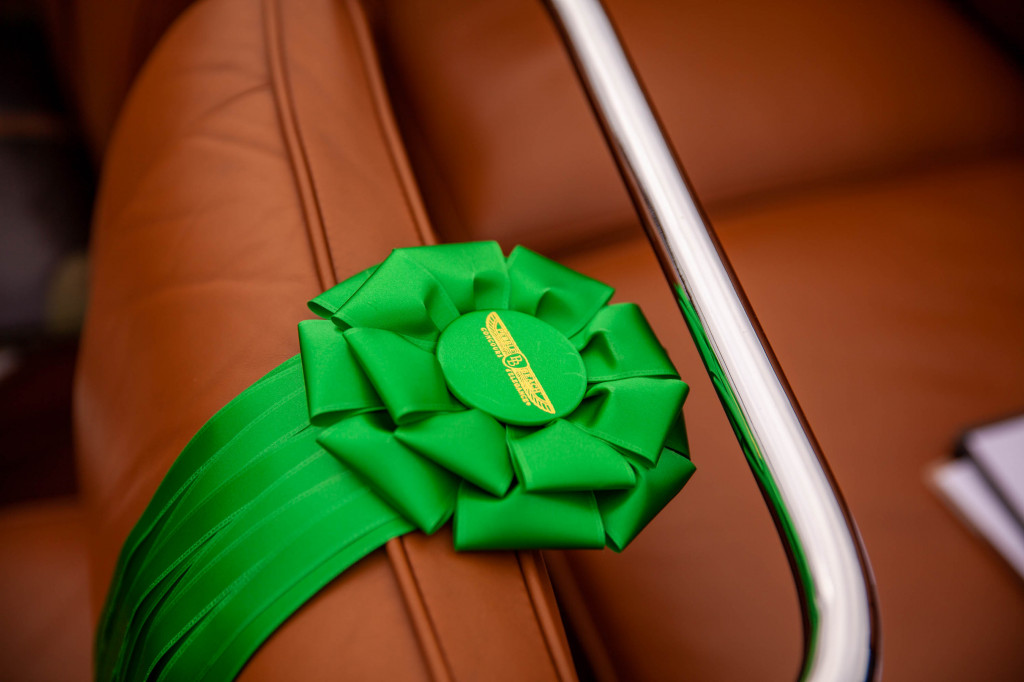 Pre-war stuff—the kind that rolls across the 18th green at Pebble Beach each year, has better security than presidents of developed nations.

Suppose you find a way to meander through the front door somehow, past the guard tower and under the barbed wire, through the speakeasy door with a sliding window and into the palatial front room into the fancy-pants world of high-dollar, rare cars, you’d be struck by an inescapable feeling and a waft of soul-chilling air conditioning. It comes when you stare into a lipstick red Ferrari 166 MM’s fenders, a steampunk Picasso-perfect Bugatti Type 35’s engine compartment, or Fangio’s Alfa with stretched creamy brown leather inside so perfectly rolling, flawless, and seamless that it looks like proving loaves in a bakery window.

Bad news, partner: They haven’t been for a while, either.

The way sheet metal wraps around a car has two priorities: how the car crashes and how it cools—not especially how it looks. It’s no wonder that BMW and Mercedes cram chrome Texas-sized grilles that light up like the Bat Signal into their faces. Without them, you’d be hard-pressed to identify the automaker just by the sheet metal alone—it’s the Pepsi challenge with two glasses of water sometimes.

It’s a feeling I couldn’t escape as I sat recently with a talented automotive designer, who for reasons that will become apparent later will stay nameless.

We talked about influential automotive designers of the last 20 years, who have shaped the way we see nearly every car on the road today. Surely, with more cars on the road around the world than ever before, there’d be a trove of forward-thinking designers creating rolling works of art with automaker-sized budgets (which is to say, unlimited). Salons stuffed with beautiful cars, with Salon d’Automne misfits outside waiting their turn. Scads of designers are waiting, right? 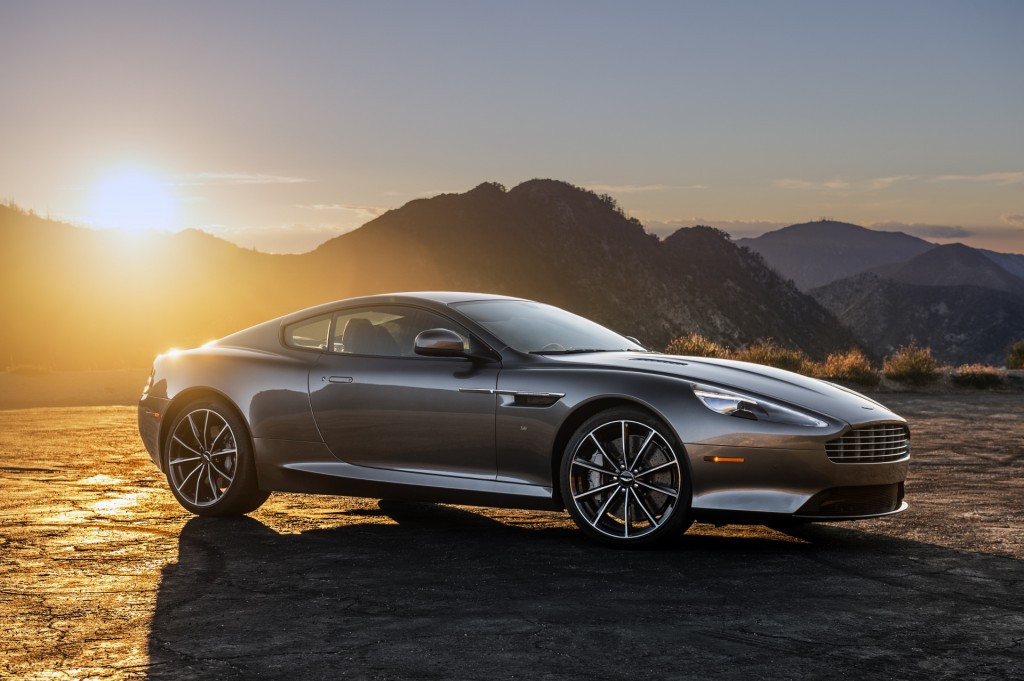 One of which was an old boss of his—a certifiable legend—and another for all the wrong reasons—a designer who is similarly legendary but polarizing and, well, about as user-friendly and warm as 80-grit toilet paper. Across the table from us sat a British journalist, praised for his keen eye on all things related to design, right down to the scarf he wore at the dinner table. He nodded along to the two.

One designer, and one rough rogue. That’s it. In the first most prolific automotive era ever, there is one good guy and one good-bad guy for design.

No car has been perfect recently, the esteemed designer said. The Aston Martin DB9 has come close. I offered up cars that I rated as perfect 10s in my eyes, beautiful machines that I can’t stop staring at. Velar, NSX, Miata, Wrangler, Range Rover, on and on and on.

Look at the Velar from the rear three-quarters, he said. It’s chopped, looks wrong.

Look at the lines of this NSX, that Miata’s body sides, this Jeep’s this-or-that. One by one by one, we picked off pretty cars like pageant contestants with parsley in their teeth. Pretty? Sure. Beautiful? No way. They were 10s relative to their time, but not 10s relative to history.

Before the soup was finished, the last 20 years of automotive design were discarded and tossed like a shovelful of coal—fired and forgotten by history soon. The 20 years before that didn’t fare much better. In their times, the Countach and Testarossas were cool, sure. Beautiful? Nope. 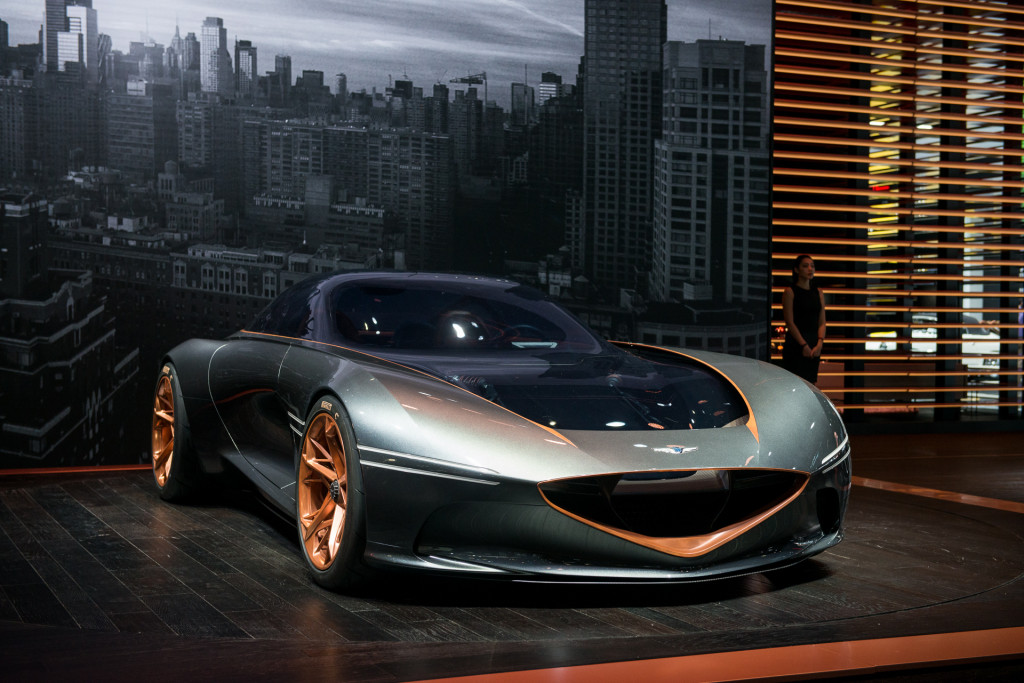 The lone exception was the Genesis Essentia concept, which may be beautiful, but its origin story means it’ll wait for history. The Essentia designer, Sasha Selipanov, is a protégé of Luc Donckerwolke and by extension Walter de Silva, who are two phenomenal contemporary design minds.

Sasha’s an Impressionist to the bone. He is a fascinating, short, bearded man from Eastern Europe who only wears Metallica shirts and counts among his favorites the Ferrari Dino and “Let’s get another drink.” The former Genesis designer swore to me over a few beers that he’d never draw an SUV. He works at Koenigsegg now. Maybe you can guess why.

But his pick of a Ferrari Dino is worth noting.

Sasha knows that, outside of concepts and hypercars, crash and cooling dictates the cars we see on the road. It hasn’t always been like that, but there’s no question that safety comes first and we’re all better off for it.

But the way he talks about the Dino’s curves and lines gives you the feeling that he’s studied the car in person like no one else. He’s sculpted the rear fenders in his mind over and over and over again in only the ways that the combination of multiple senses make those memories. He can see the curve, he can feel the curve, he can hear the sumptuous engine note rattle around the body in his mind. That shapes his attitude for what’s beautiful—he’s touched it and been with it, not just looked at it on a monitor.

Back to the brick building in San Francisco. Past the armed guards and blisteringly cold air conditioning, and into the bowels of a beautiful collection of cars on carpet. These cars are stashed away where only few will ever see them. They move less than bank vaults, and there’s no telling how many warehouses like it exist in the world. 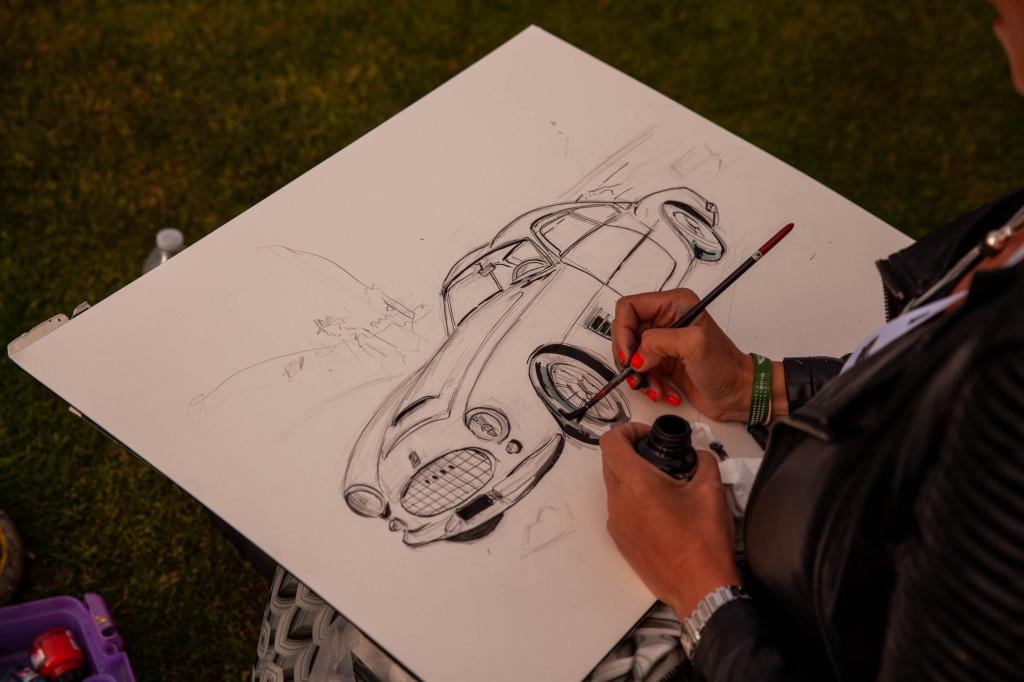 They’re not only kept from appreciation but also inspiration.

Those of us who do get a glimpse are met with a sign, right next to the Ferraris and Bugattis that never see the light of day and it says the same five words over and over again:

Aaron Cole is Managing Editor of Internet Brands Automotive. You can reach him on Twitter at @ColeMeetsCars or by slowly letting the air out of a tire.