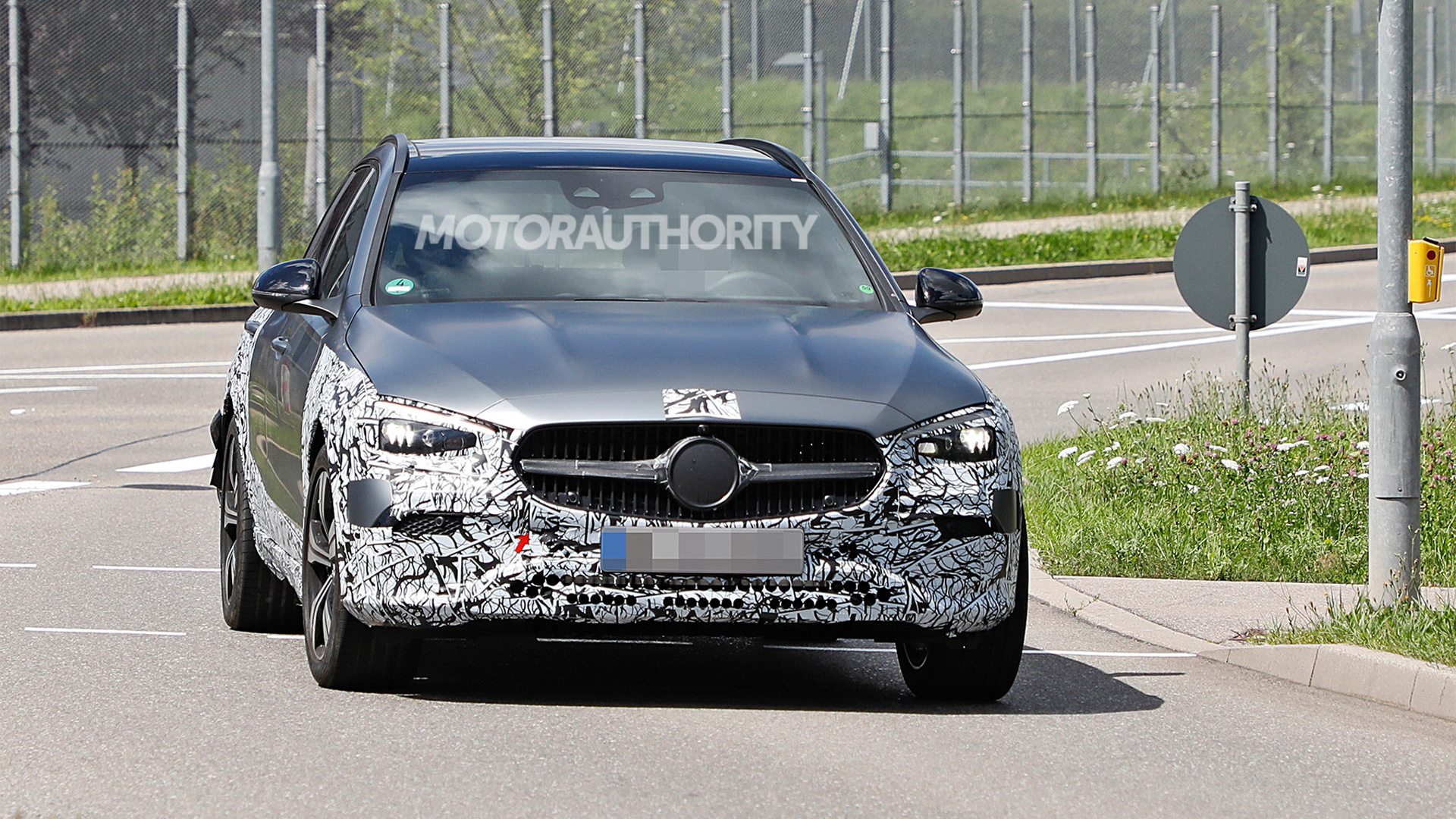 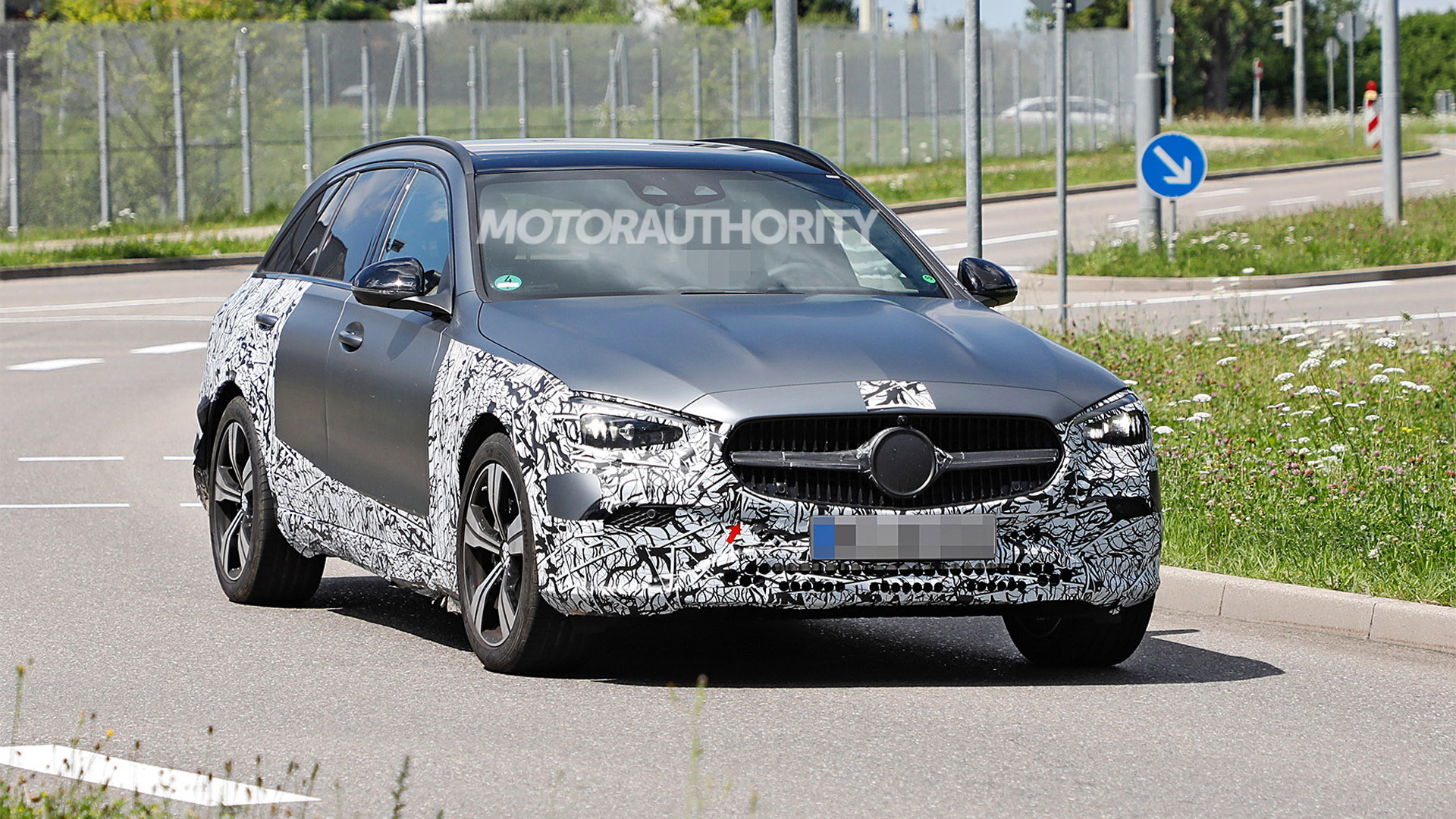 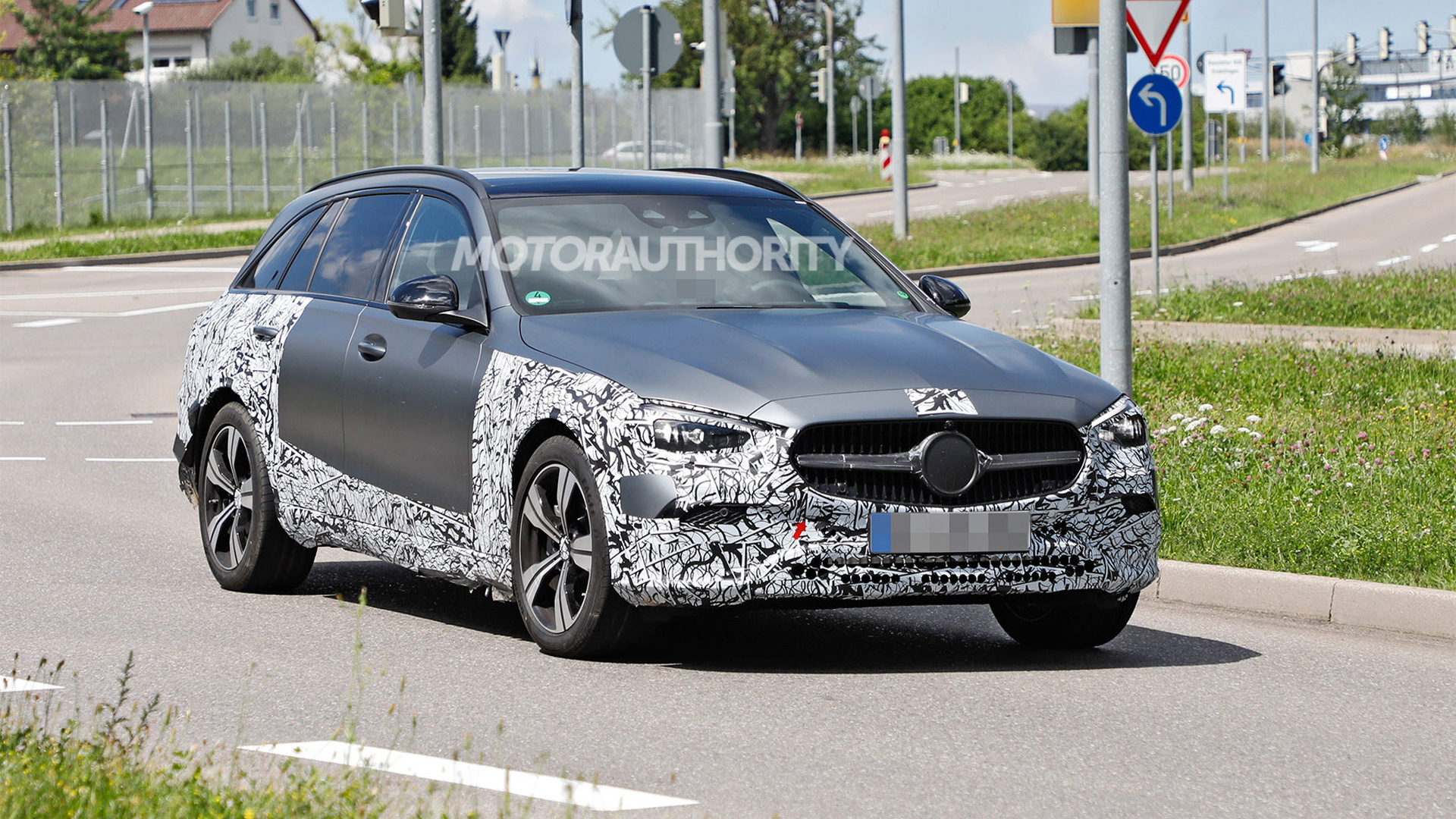 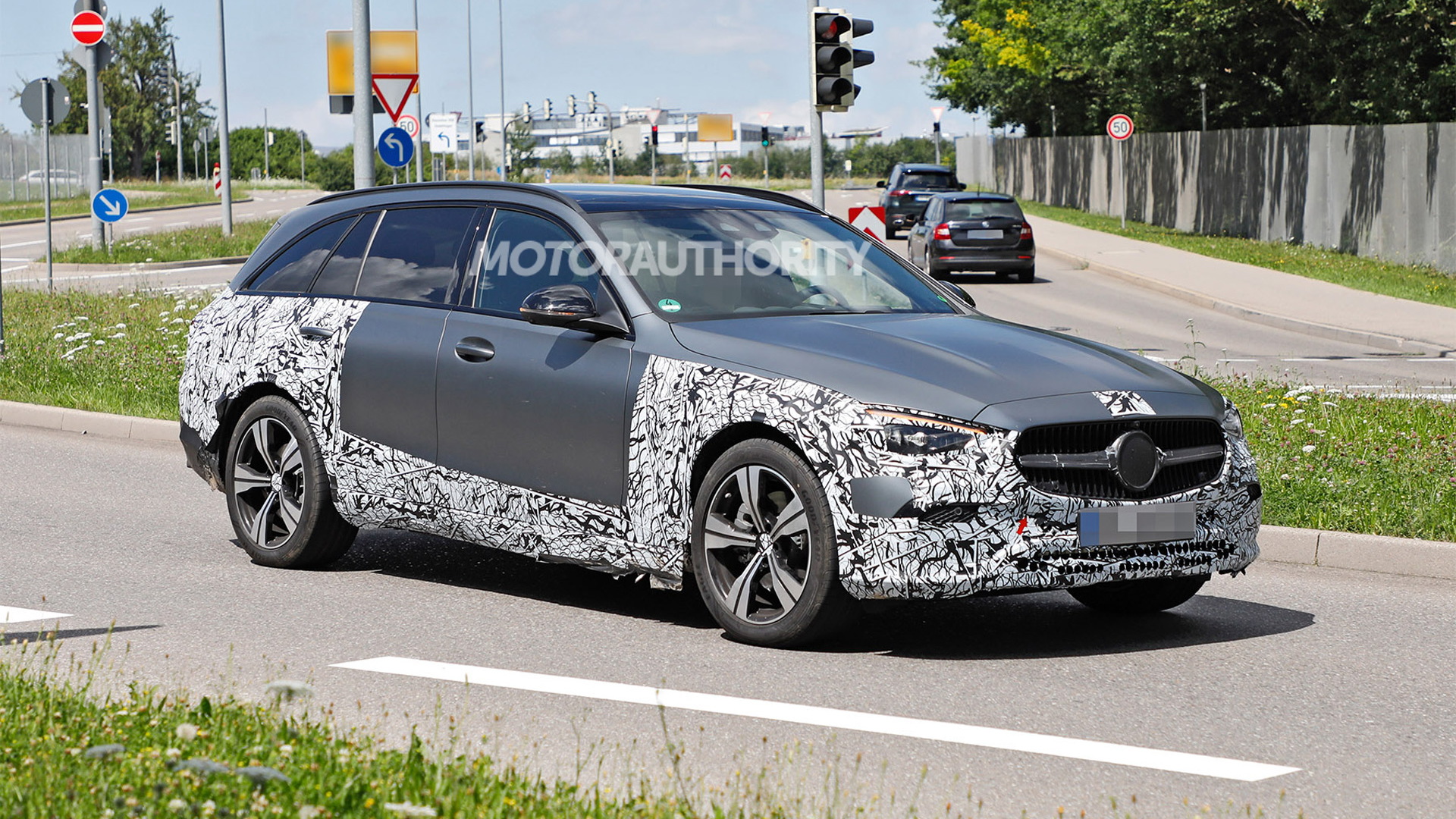 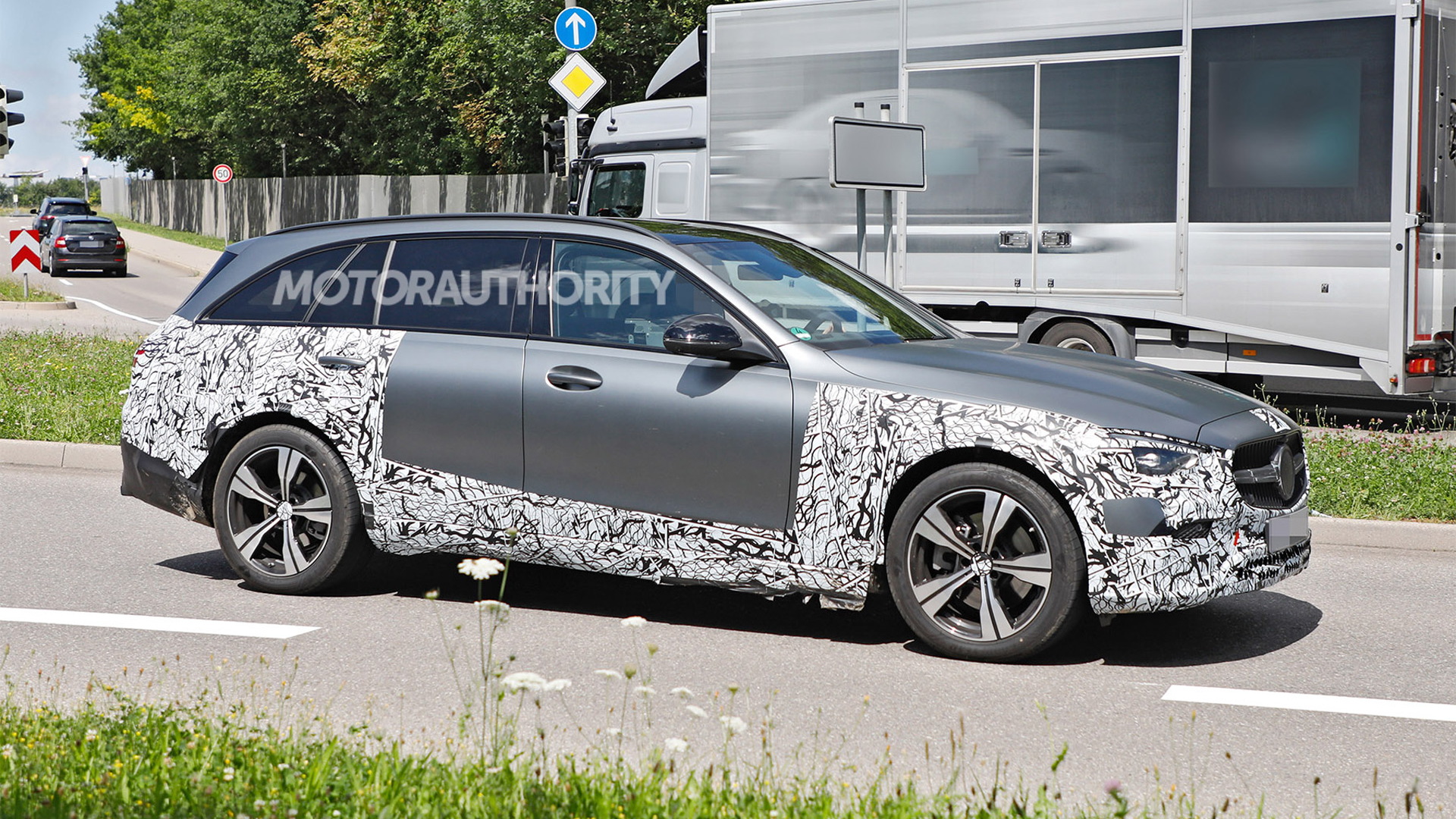 Mercedes-Benz's redesigned C-Class will represent a leap forward for the enduring nameplate as the German automaker takes the fight to the likes of the Audi A4 Allroad and Volvo V60 Cross Country by offering a rugged All-Terrain wagon variant.

To be called a C-Class All-Terrain, the vehicle was confirmed only last week for a debut at the 2021 Munich auto show on this September (along with several other new Mercedes models), and now we have spy shots of a prototype spotted near Mercedes' headquarters in Stuttgart, Germany.

Mercedes already offers an All-Terrain version of the larger E-Class, including here in the United States, and it gives us an idea of what to expect from the smaller stablemate which may possibly end up here as well. The standard C-Class wagon isn't coming here, though.

Much like the aforementioned A4 Allroad and V60 Cross Country, the C-Class All-Terrain wagon looks to have a jacked-up ride height, protective wheel arch cladding, and unique fascias with improved approach and departure angles. Look for air suspension, underbody protection, and special off-road modes as well.

The redesigned C-Class sedan arrives in the U.S. in the first half of 2022, initially in C300 guise only. If the C-Class All-Terrain gets the green light for U.S. sale, expect it to reach showrooms shortly after the regular C-Class.

Powering the C300 is a 2.0-liter engine that makes 255 hp and 295 lb-ft of torque on its own, and is augmented by a 48-volt mild-hybrid system that can add another 20 hp and 148 lb-ft for short blasts. Also in the works are new C53 and C63 variants from Mercedes-Benz AMG, both of which will feature turbo-4 engines in hybrid configurations. A C-Class-based convertible is also being developed, though it is expected to be positioned as a replacement for both the C-Class and E-Class convertibles and as a result may feature a unique name.