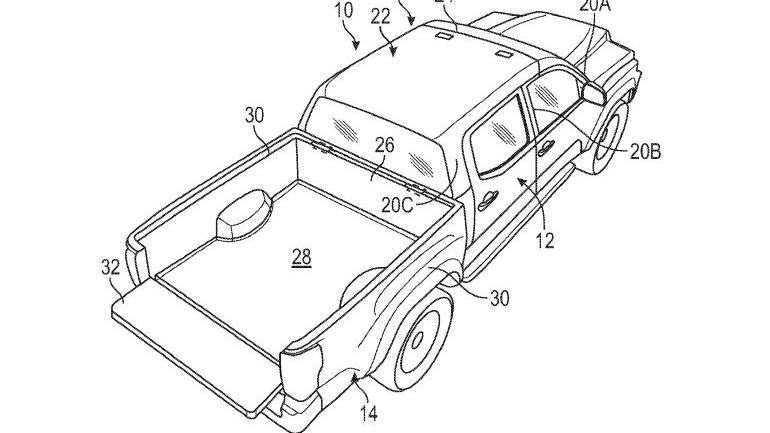 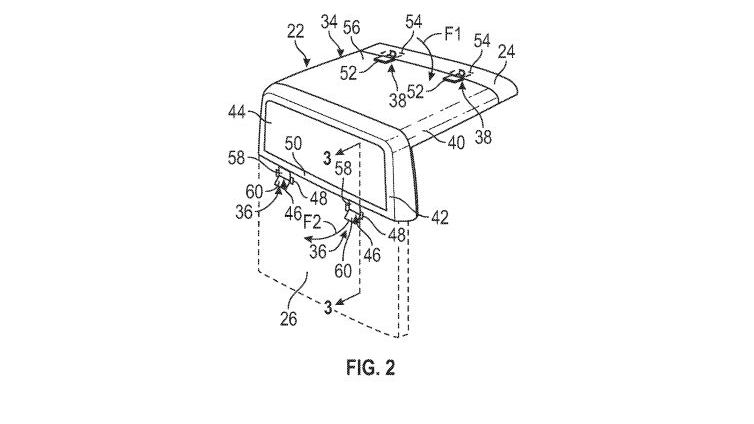 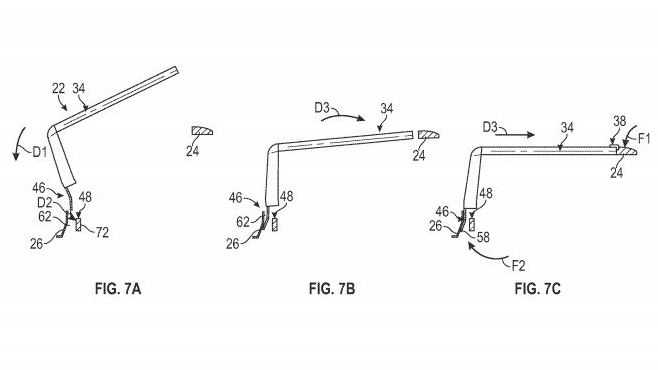 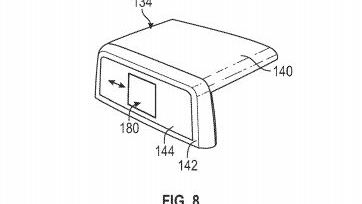 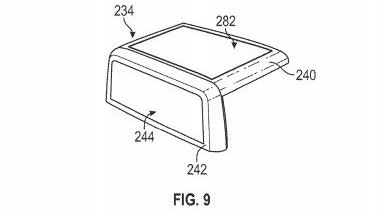 Ford has filed a patent application for a convertible roof system that could give its trucks a shot at competing with the new Jeep Gladiator in the drop-top arena.

The filing, published last Thursday spotted by Ford Authority in a Saturday report, show a simple removable hard-top system with two clips holding the panel to the windshield surround and two more holding it to the cab below the bed line. The mechanism depicted is designed to be operated only by undoing the clasps over the windshield bracket, which would swing the rear panel free of the clips in the rear.

Where the rooftop and rear window panels meet would sit over a fixed structure (which would be an extension of the cab) at the trailing edge of the rear doors of the crew cab depicted in the diagrams. Ford says this is only one potential implementation, as it could be designed to accommodate different cab configurations.

Ford says the hypothetical roof panel could be made of metal, plastic or composite. It also demonstrates how the panel could still incorporate a sliding rear window, which is reminiscent of the way Jeep's hard-top Wranglers and Gladiators incorporate rear glass that can be opened.

With the new Ford Bronco on the way, the Blue Oval's patent filings have been drawing increased attention from enthusiasts looking for clues as to what we might see from the reincarnated 4x4. Another patent showed a set of trick removable doors depicted on a classic Bronco body and frame.

As always, a patent filing is a far cry from concrete product plans. Ford is just as likely to keep this one in its pocket for potential future use as it is to actually deliver a truck with a folding roof. Only time will tell.