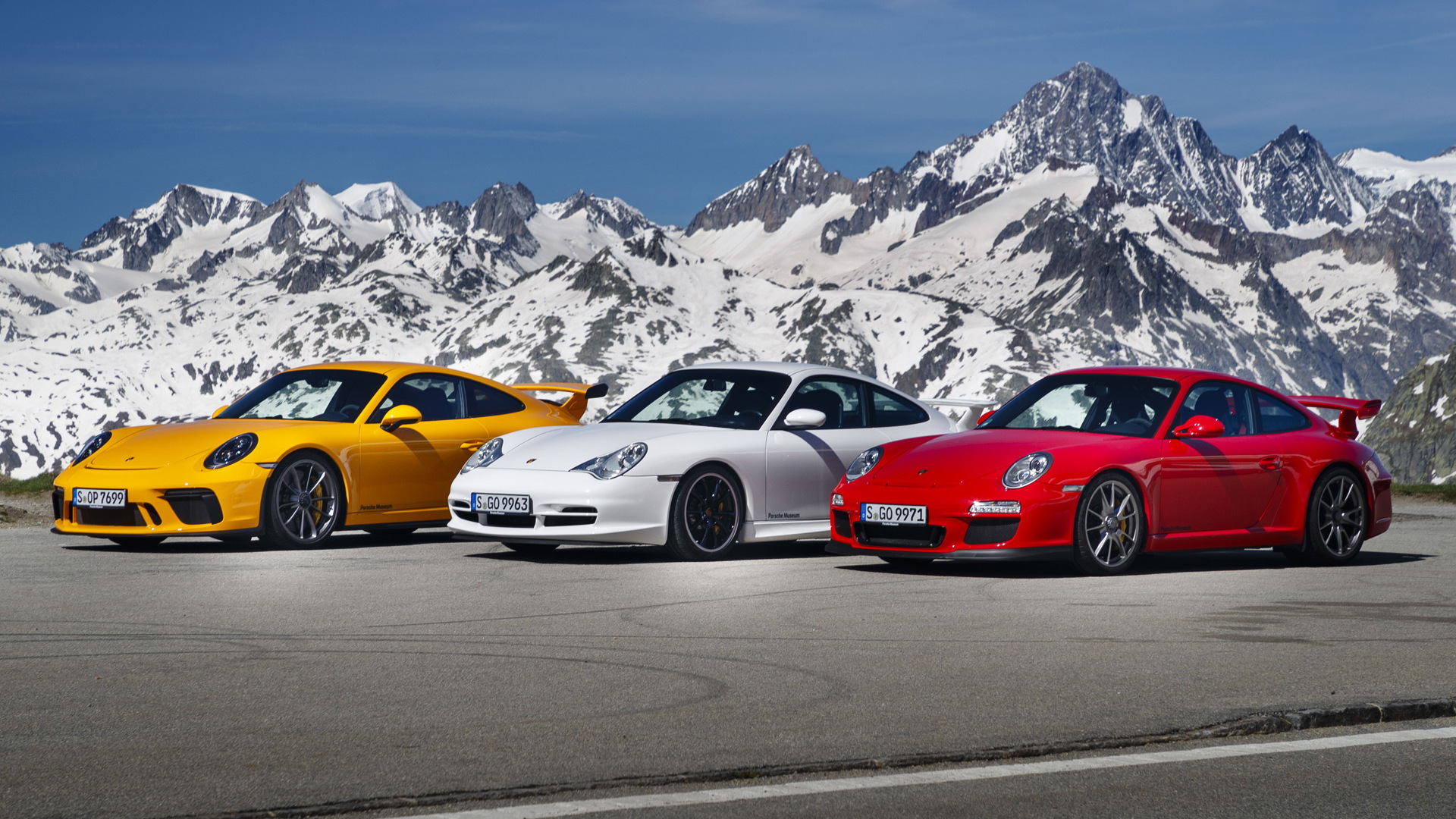 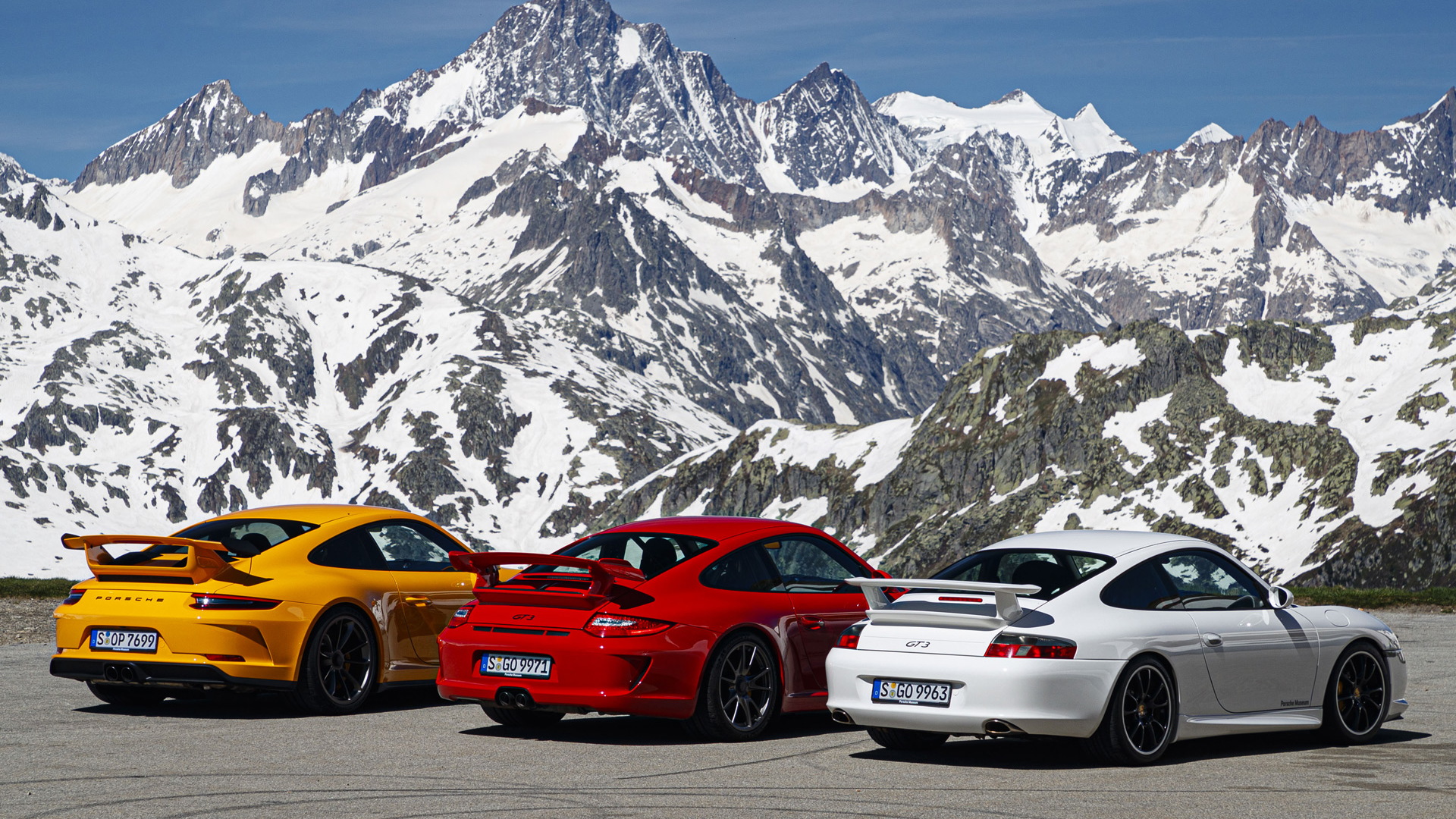 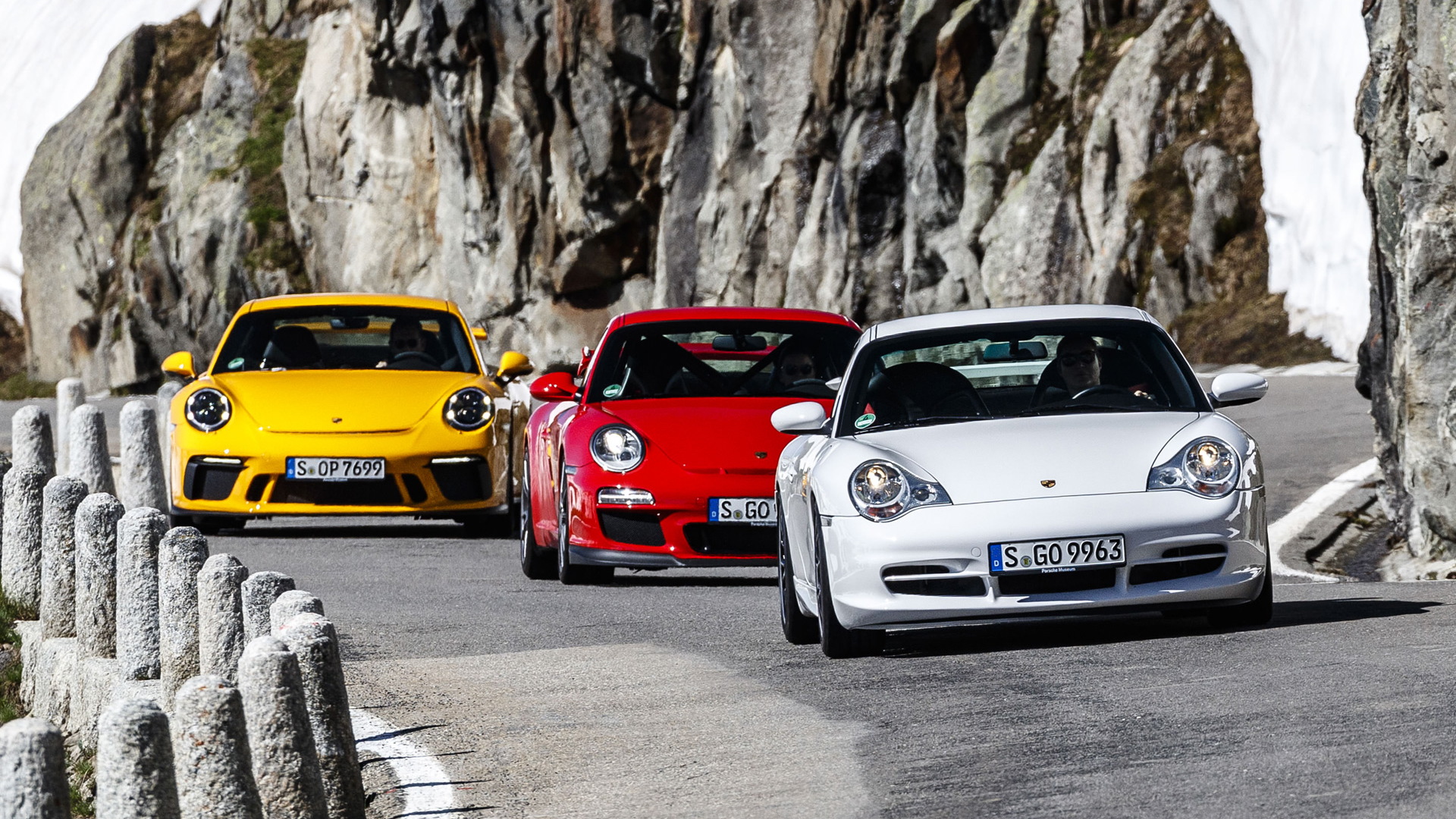 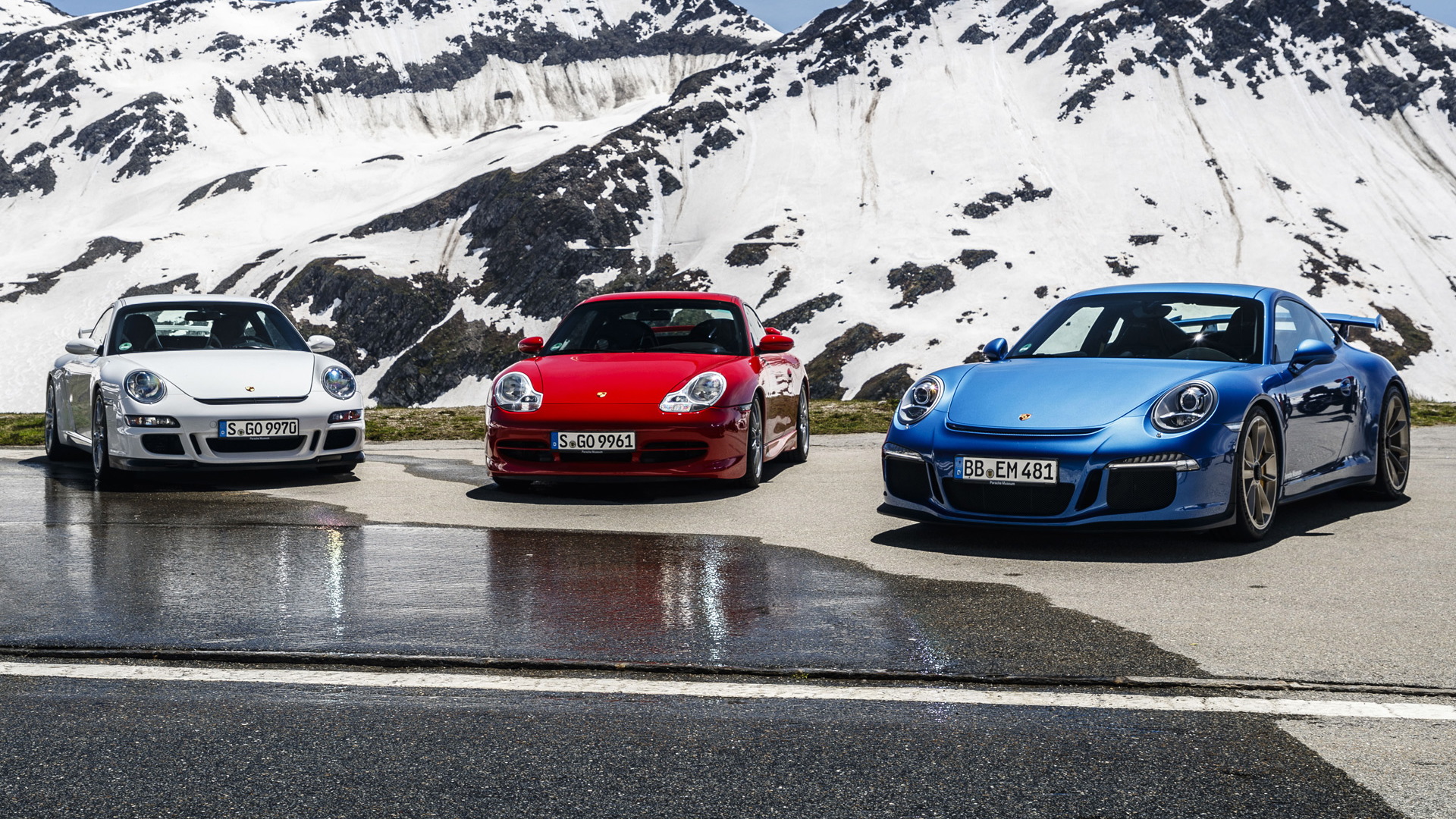 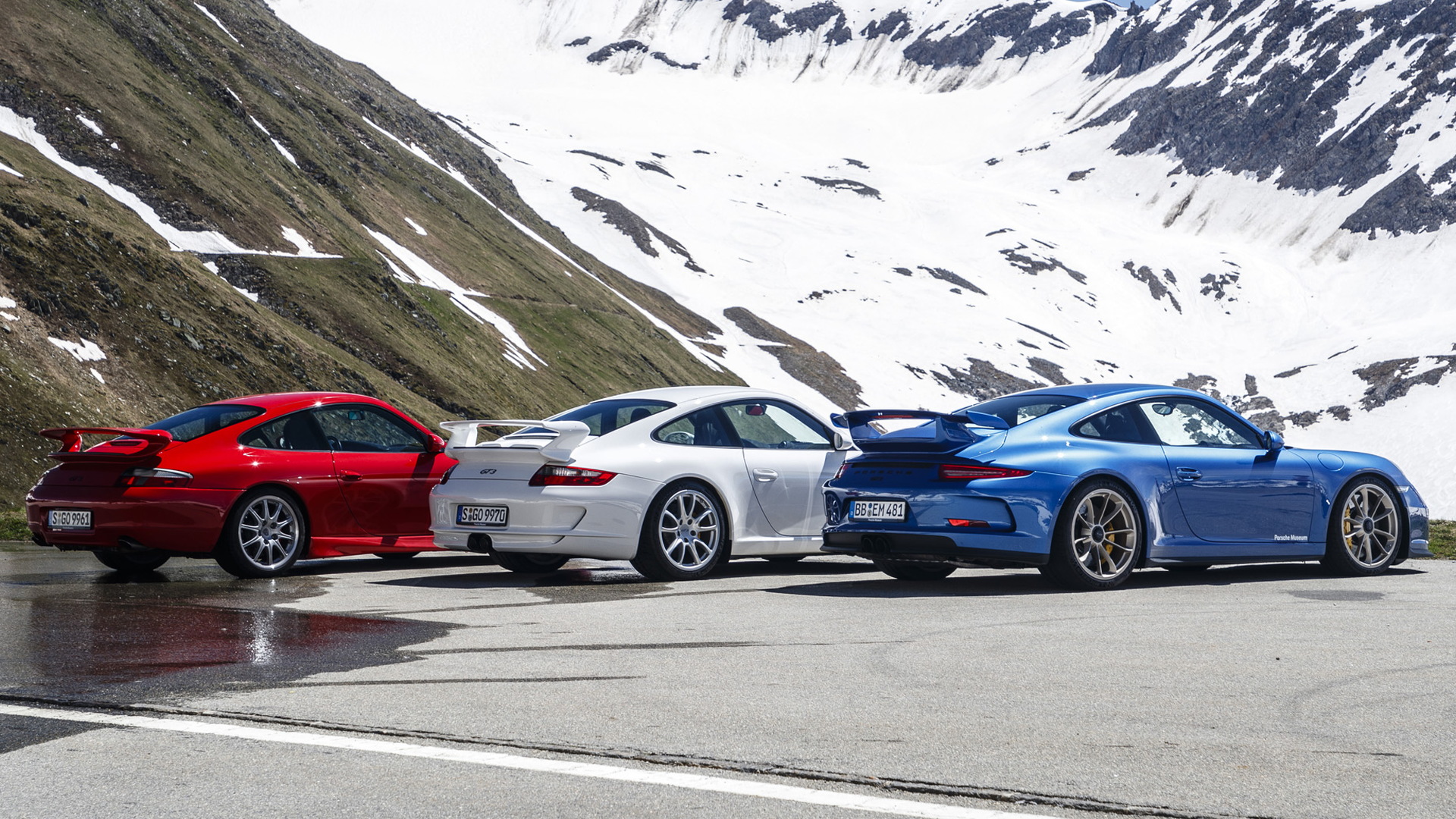 Born from racing but built for the street, the 911 GT3 represents an evolution of the lineage that began in 1973 with the original 911 Carrera RS homologation special.

And just like the Carrera RS, the GT3, together with its more hardcore GT3 RS cousin, are the cars most closely related to Porsche's 911 racers. That's why they still run naturally aspirated engines and can be ordered without many of the niceties you find in other 911 variants. As Porsche puts it, the GT3 continues the firm's tradition of building “pure, uncompromised sports cars.”

It's hard to believe that the GT3 has just turned 20, and with a new generation based on the 992 911 just around the corner, we've taken a look back at the car's history.

The first GT3 was based on the 996 911 and made its debut in 1999. It combined a high-revving 3.6-liter flat-6 closely related to the engine used in motorsports, specifically the unit in the Le Mans-winning 911 GT1 monster, together with rear-wheel drive, lightweight construction, high-downforce aerodynamics, and a track-focused chassis. It's a recipe Porsche has stuck to for subsequent generations.

Porsche's test driver at the time, rally legend Walter Roehrl, drove the car around the Nürburgring in a time of 7:56.33, which was the first time a production car had slipped under the 8:00 mark. It was a sensation at the time and still impressive when you consider the car only packed 355 horsepower. Unfortunately, Americans had to wait another four years to have their first taste of the car, when an updated version was introduced.

The second GT3 was based on the 997 911 and was unveiled in 2006. It stuck to a 3.6-liter flat-6 but included power to 415 hp. Adaptive dampers were made a standard feature and the brakes were enlarged significantly, especially with the available carbon-ceramic brake option.

Also new to the car were center-mounted exhaust tips, now a GT3 staple, as well as a Sport mode that freed up the exhaust flow and reduced severity of the traction control.

The third and current GT3 is based on the 991 911 and made its debut in 2013. It represented a significant departure from prior cars as it was the first without a manual transmission. Instead, Porsche decided to make a dual-clutch unit standard. This upset some of the traditionalists so Porsche added the manual transmission back with a slightly tamer GT3 Touring that arrived in 2017.

There were teething issues in the car's first year. The new 475-hp 3.8-liter flat-6 experienced some fires in customer hands, fortunately with no injuries reported. Porsche quickly came up with a fix and did the right thing by replacing all engines in the cars it had already delivered. Eventually, Porsche would upgrade to a 500-hp 4.0-liter flat-6 in the GT3 for the model on sale today.

Now, we are on the verge of the arrival of a new GT3 based on the latest 992 911. Prototypes have been spotted on numerous occasions and a debut is likely to take place in early 2020. The planned engine is once again a 4.0-liter flat-6, with output likely hovering around the 500-hp mark, and you can count on there also being a track-tuned chassis and aggressive aerodynamics. In other words, the new GT3 is shaping up to be another pure, uncompromised sports car.